Use framing, get up early, try black and white and above all, be ready to be lucky. Baltimore Sun photographers provide tips for taking more interesting photos during your upcoming family vacations, with these past winners of the Reader SunShots competition. 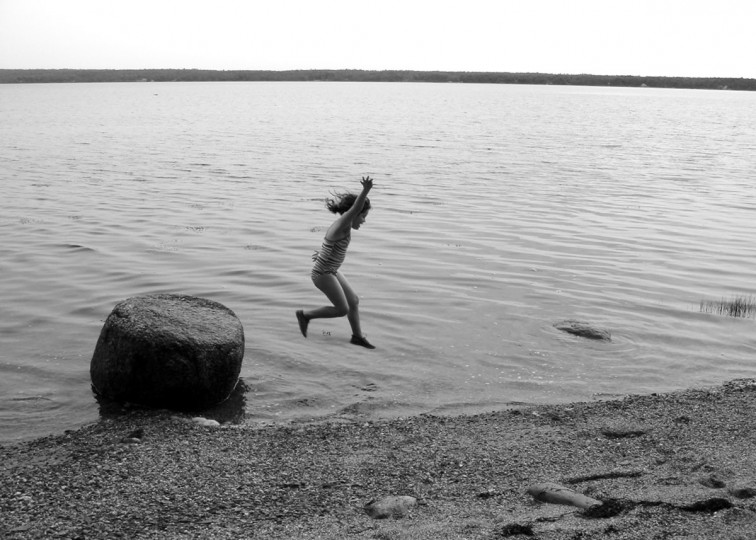 A wide angle lens can add depths to those candid moments, like in this shot by Mary Talalay from 2011. 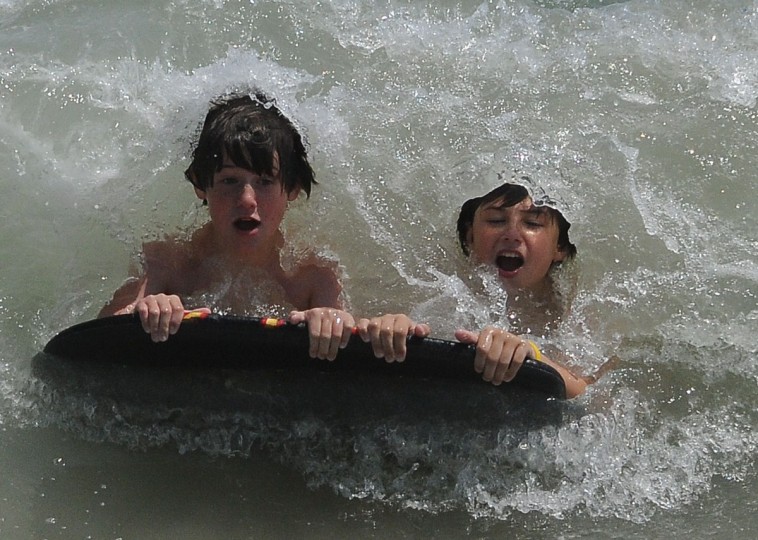 A super fast shutter speed can catch those perfect moments – like a boogey-boarder’s face a millisecond before being engulfed in a wave, in this shot by Frank Tewey from 2012. 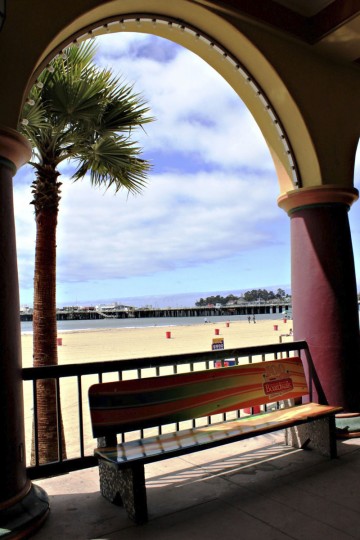 Interesting framing – such as the use of an archway in this shot by Jean Wimmer — can elevate a routine picture by directing the viewer’s eye. You can try it with trees. 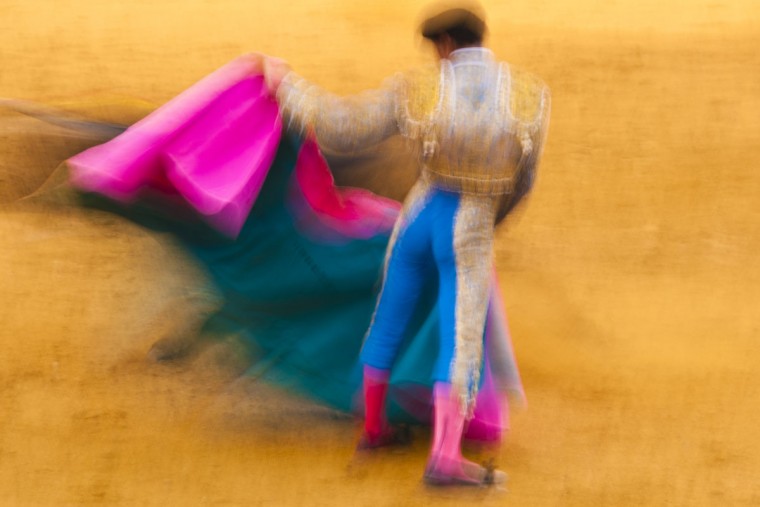 A slow shutter speed can make an image more fluid and active, such as in this photo by John Marks of a bullfighter in Marbella, Spain. (Famous photographer Ernst Haas used a similar technique for a Life magazine photo essay on bullfighting). 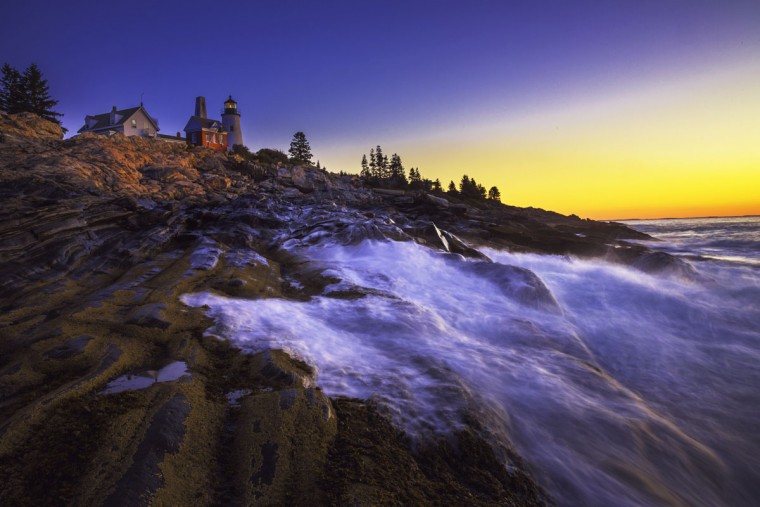 Pick the right time of day. Early morning can make for some dramatic shots, such as this photo by reader Kevin Moore, taken in Maine. A slow shutter speed makes the water seem even more fluid. 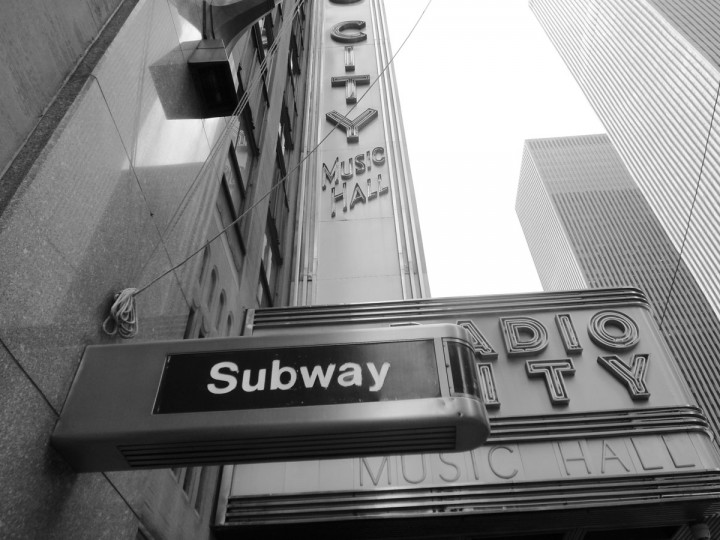 Play with lines – like in this shot by reader Jared Kofsky, taken of Radio City Music Hall. 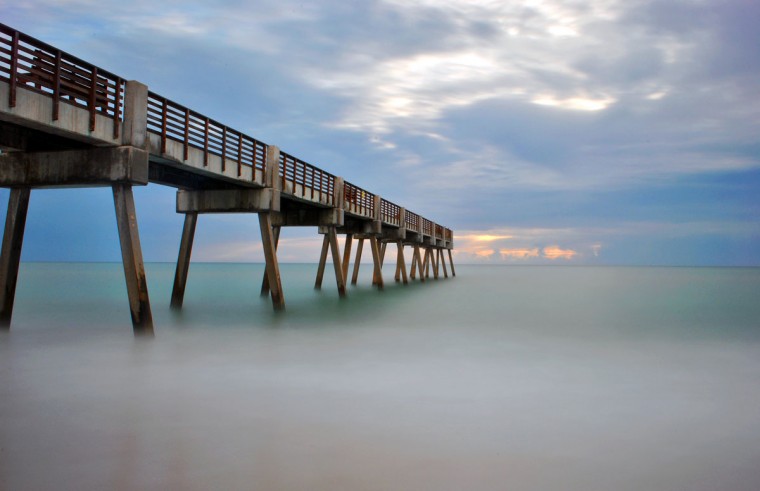 Greg Wareheim used a Nikon D3000, a 3.0 neutral density filter and a 94-second exposure to photograph this Vero Beach, Florida pier. The 3.0 density filter darkens the image and allows for a slower shutter speed. Baltimore Sun photographer Algerina Perna comments, “The long exposure mutes the tones of the sand and water to create this captivating and ethereal image. Wareheim took this photograph to another level by not only photographing what was before him, but interpreting it through the exposure and filter, and in the process, created art.” 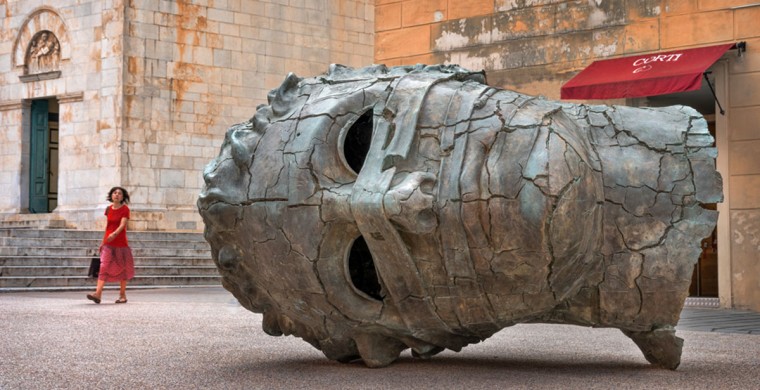 Look for odd juxtapositions – like the head and the human in this shot taken by Steve Sattler while on vacation in Italy. (A tighter crop would have made this shot even stronger). 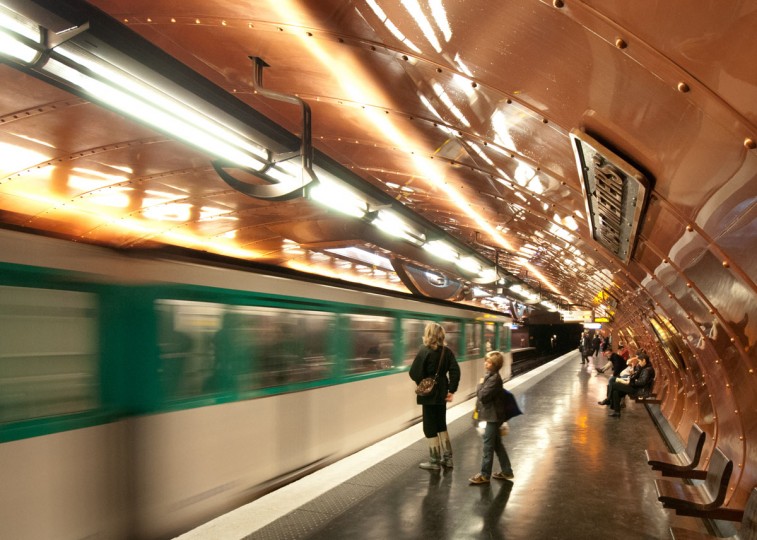 Zoltan Levay captured this shot of people waiting for a train at the Paris Metro. Baltimore Sun photographer Algerina Perna says, “The slow shutter speed which captures the motion of the train and people in the foreground gives energy to the photo. The camera angle emphasizes the arched ceiling covering the train on its forward path.” 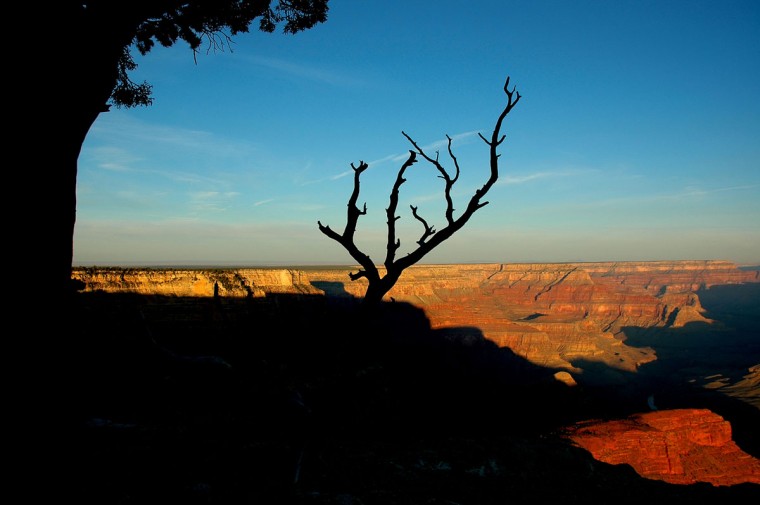 Take a familiar image up a notch, like Bob Luerssen did with this photo of the Grand Canyon by using a silhouetted tree to give the picture a point of focus. 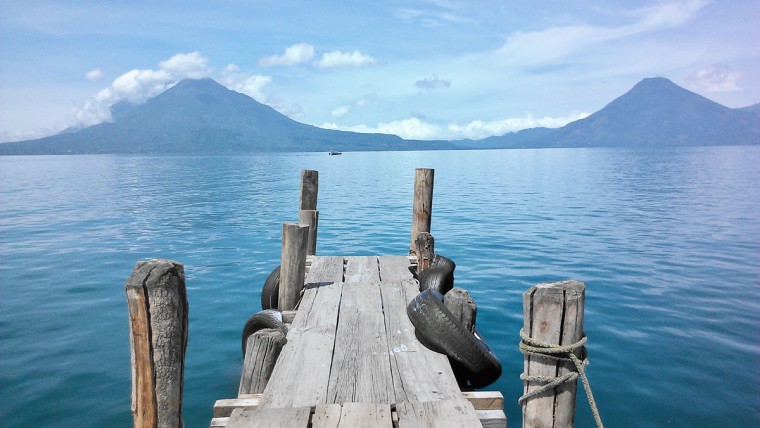 Great shots don’t require a fancy camera; Baltimore Sun reader Randy Holter snapped this frame of Guatemala’s Lake Atitlan with his HTC Android phone. Baltimore Sun photo editor Jerry Jackson comments, “This is a beautifully evocative image to commemorate a special family trip. The sharp focus of the worn pier adds a sense of depth against the monochromatic blue of the twin volcanos, lake and sky.” 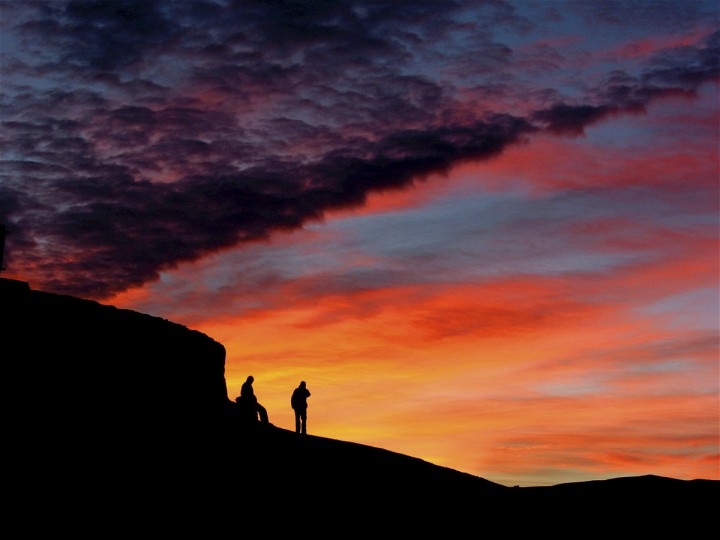 Give your shot a central focus, like reader Ethan Haskel did with this shot of sunrise over Death Valley. 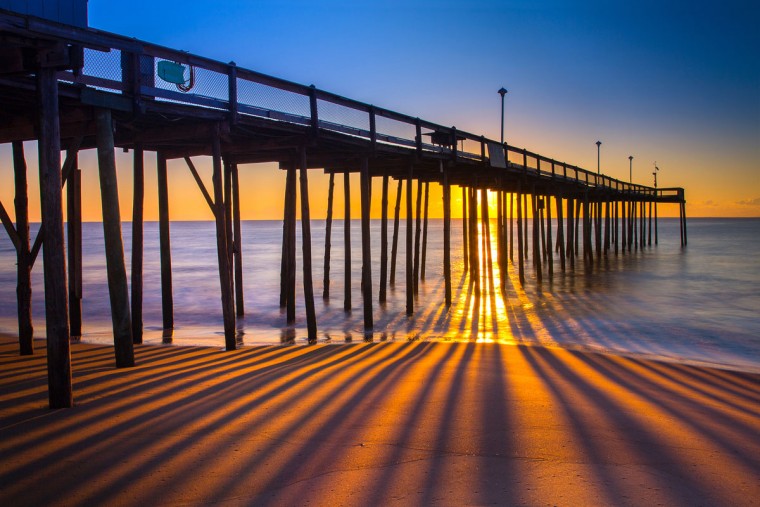 Get imaginative with your composition. Kevin Moore took this picture of Ocean City at sunrise with a Canon 5D MKIII with a 24mm lens at f-22 and a 5 second exposure. Here is a critique by Baltimore Sun director of photography Robert Hamilton. “You need to be a expert to know this is a gorgeous image. The photographer showed great imagination in the way he composed the image so that the sunrise streamed through the pier creating a picket fence effect with the light.” 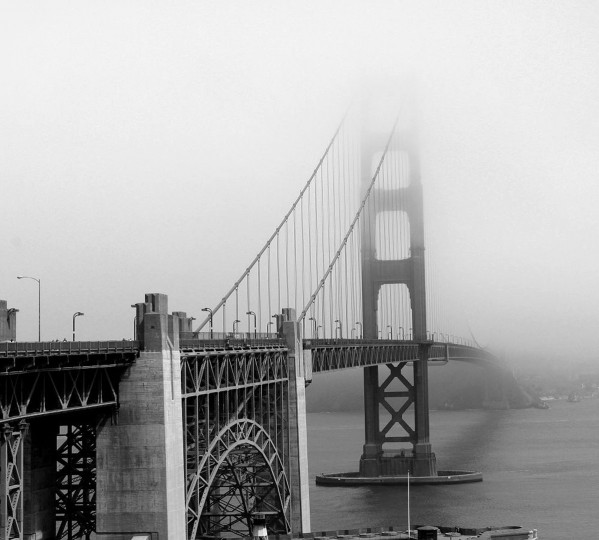 Try out some drama by shooting in black and white. Jean Wimmer took this shot in San Francisco. Here is a critique by Baltimore Sun director of photography Robert Hamilton. “If you’ve ever been to San Francisco, you’re familiar with this scene. However, black and white gives it an etheeial feel and the photographer did a good job with the composition.” 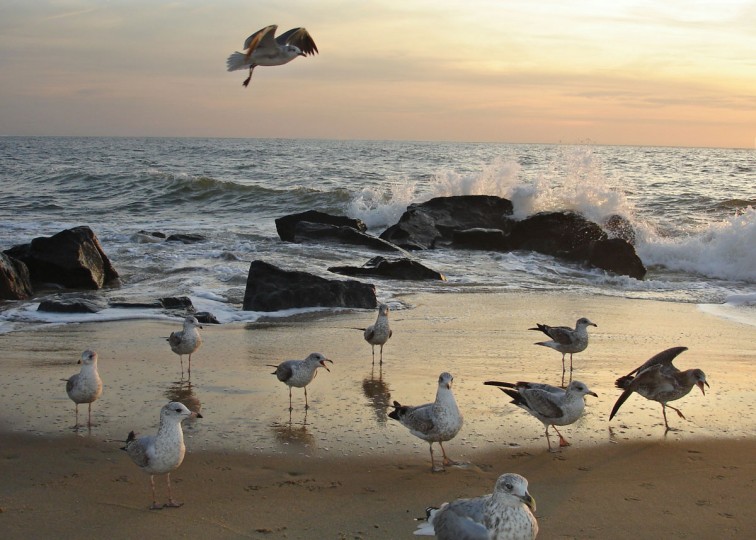 The early bird catches the good light. “Good light makes for good photographs,” as Sun staffer Robert Hamilton put it in his critique of this photo, taken in Ocean City at sunrise by Luanne Rushing. 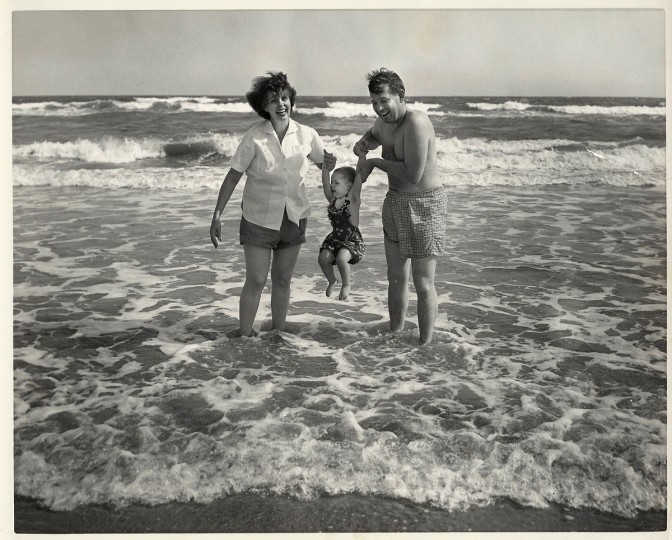 Make a memory. This shot was taken in 1954, by retired National Geographic photographer Tom Nebbia – and submitted by his daughter, Mary Roby, who is the little girl in the photo. 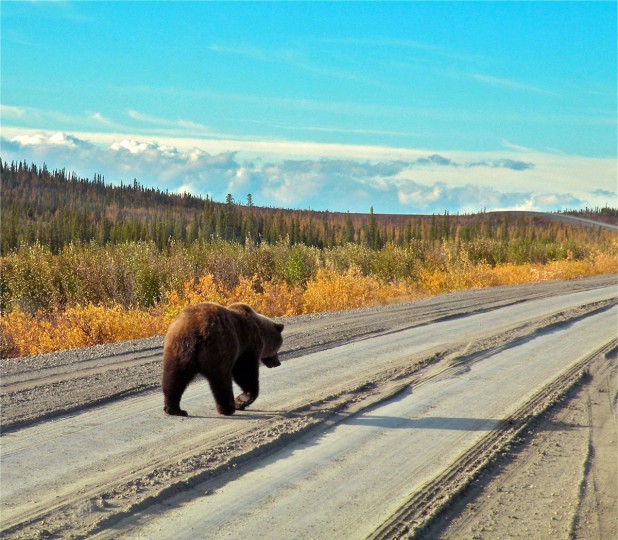 “Be ready to be lucky,” as The Baltimore Sun’s Robert Hamilton advised in this critique of Leslie B. Picker’s photo of a grizzly bear in the Yukon. Keep your camera close at hand to capture the unexpected. 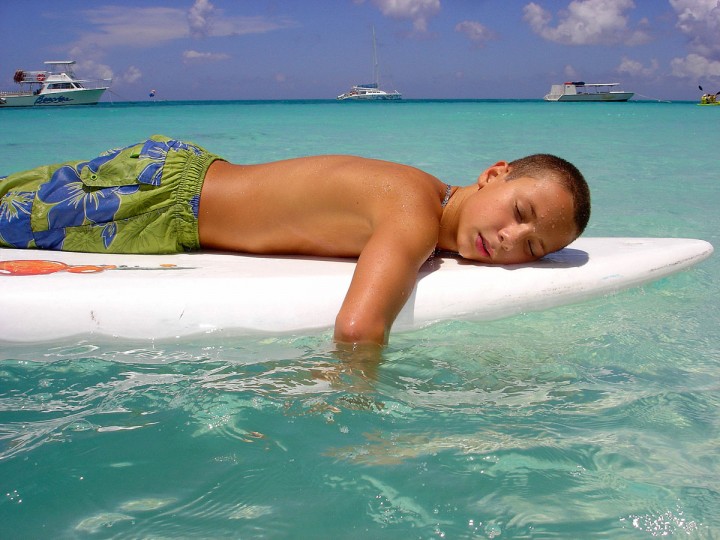 Keep it simple. The clean composition of this photo by Kelly Sanchez in Turks and Caicos made it a winner. Here is a critique by former Baltimore Sun director of photography Robert K. Hamilton: “I like the clean composition of this photograph. The alignment of the boy, the water and the boats all work in harmony to give the image a sense of peace and relaxation. The photographer did a nice job of combining these elements and making them work together.”