From the vault: Air pollution in Baltimore

Remembering Baltimore’s smoky, sooty years when the city had the second-filthiest air in the country. 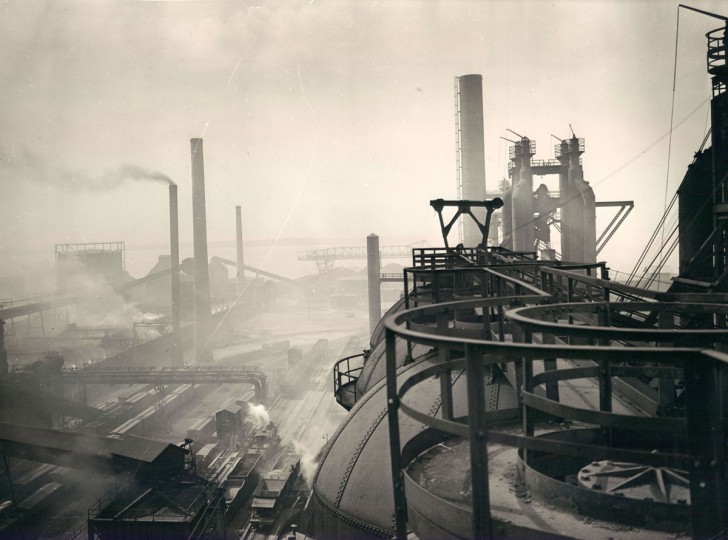 October 10, 1939 – Bethlehem Steel Company’s Sparrow Point plant. In 1970, Bethlehem Steel ranked as one of the two top producers in Baltimore, producing over 115,000 tons of annual emissions, according to the Maryland Health Department. (Bodine/Baltimore Sun) 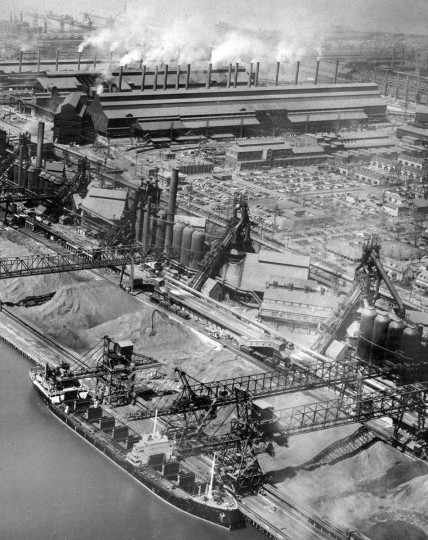 In 1970, Bethlehem Steel ranked as one of the two top producers in Baltimore, producing over 115,000 tons of annual emissions, according to the Maryland Health Department. (Baltimore Sun archives) 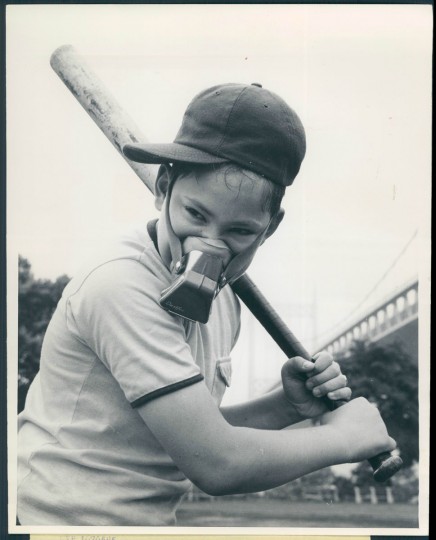 A youngster wears a face mask to play baseball in the smog in photo dated July 31, 1970. (Baltimore Sun archives) 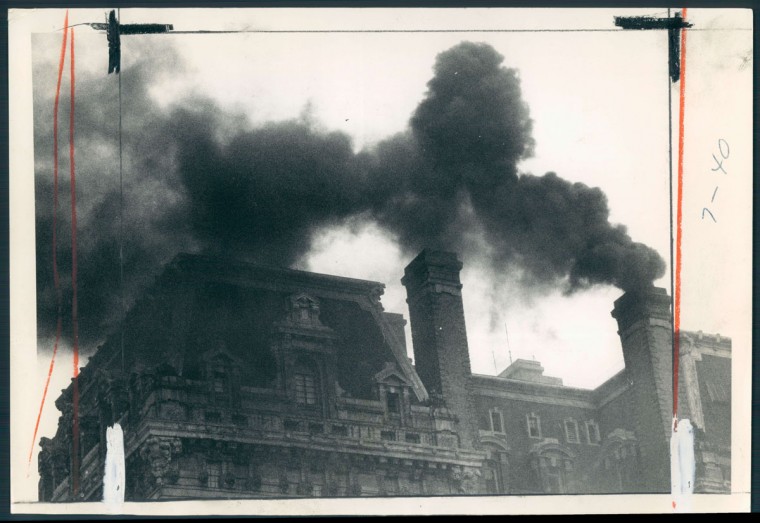 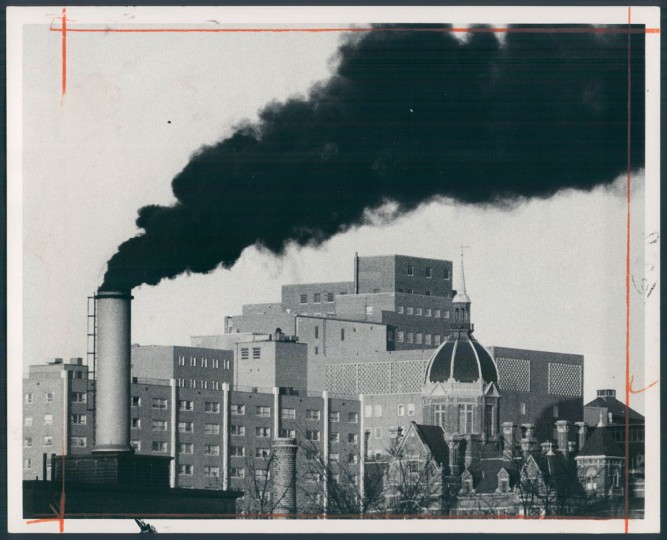 February 26, 1971-“CLEAR VIOLATION”–The Central Avenue Heating Plant, operated by the city housing department, belched thick, black smoke for over half and hour yesterday. A state air pollution control official said the emission was in “clear violation” of air standards. The stack is in the 200 block of North Avenue. (William Hotz/Baltimore Sun) 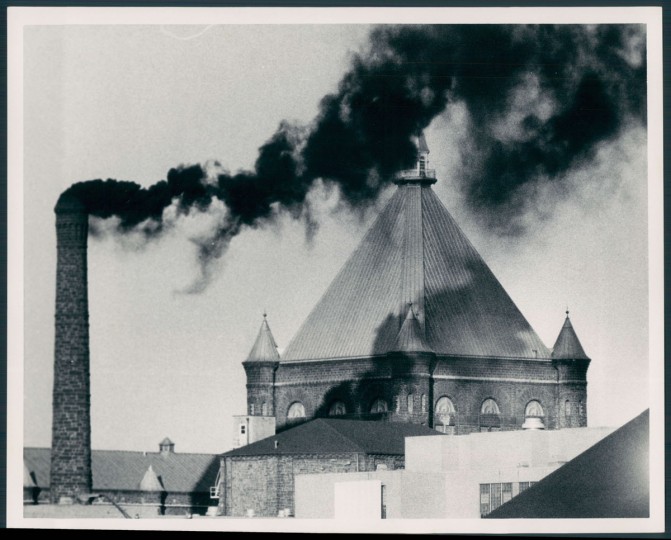 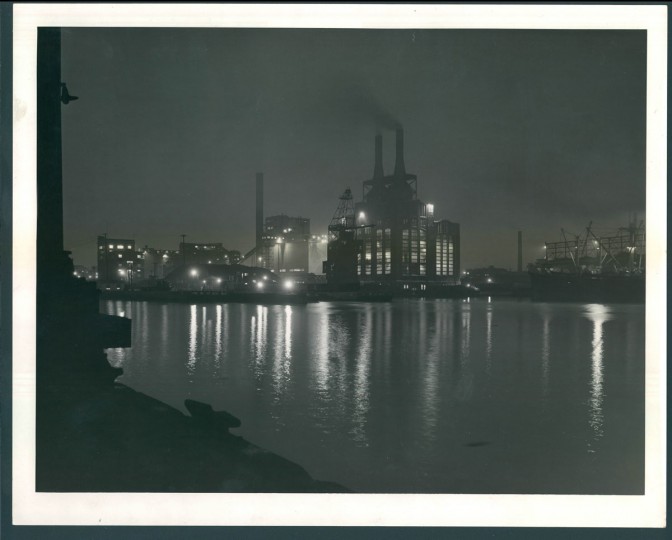 Gould Street Gas and Electric Power Plant in photo dated July 7, 1957. In 1970, Baltimore Gas and Electric, which operated the plant, ranked as the top air polluter in the area. (Bodine/Baltimore Sun) 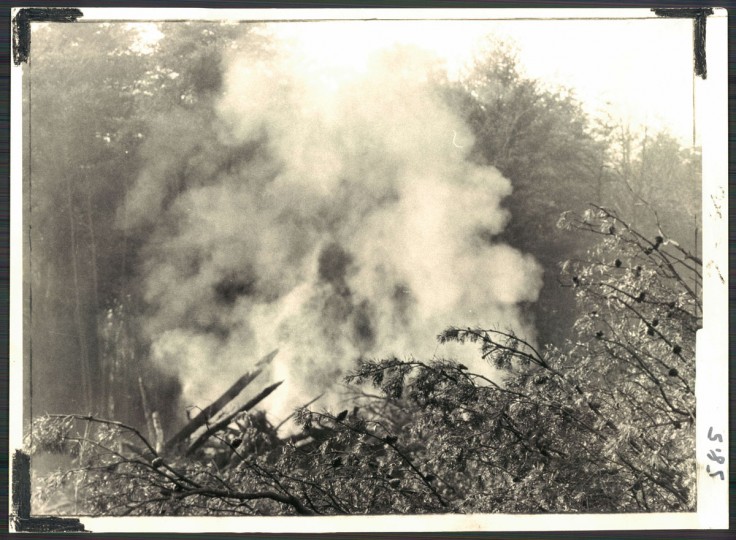 “SMOKE IS NO. I — Average Baltimoreans say air pollution is the city’s major problem, according to a recent survey. Shown above are trees being burned by a land developer now working on Cypress Creek road near Ritchie highway. Photo dated January 13, 1971. (Baltimore Sun archives) 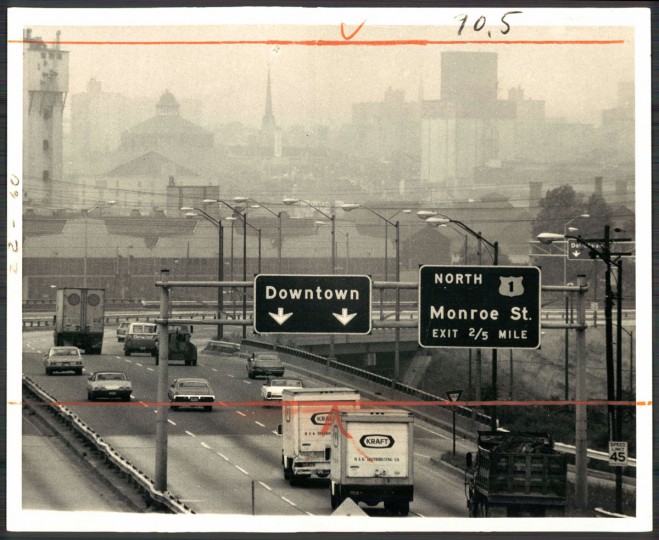 “Although downtown Baltimore appears shrouded in smog, pollution was not serious enough yesterday for the National Weather Service to issue an air pollution alert,” read the caption from this Baltimore Sun photo dated July 10, 1973. 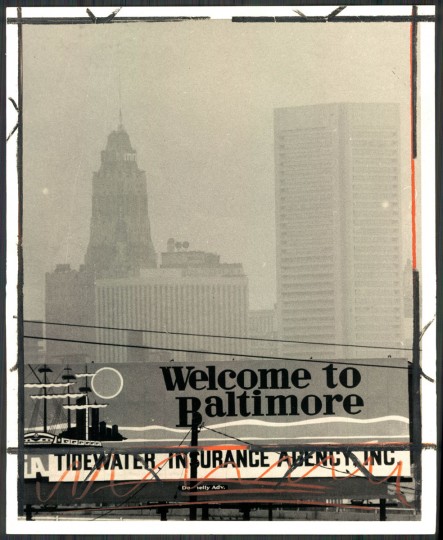 WELCOME TO . . . –Baltimore lurks somewhere within the grey haze behind the sign on the Westport approach to the city. Smog is to continue through tomorrow. Photo dated July 10, 1973. (Baltimore Sun) 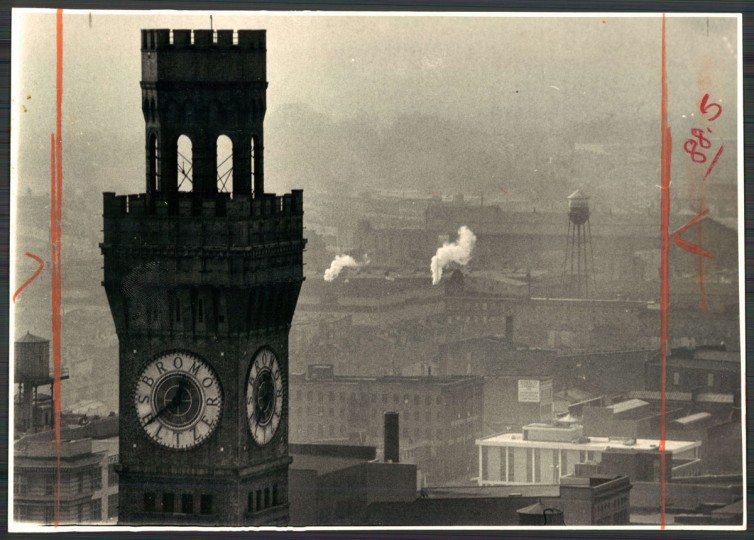 Even the Bromo Seltzer tower downtown has a sickly look in the murky air over Baltimore. Photo dated January 19, 1973. (Baltimore Sun archives) 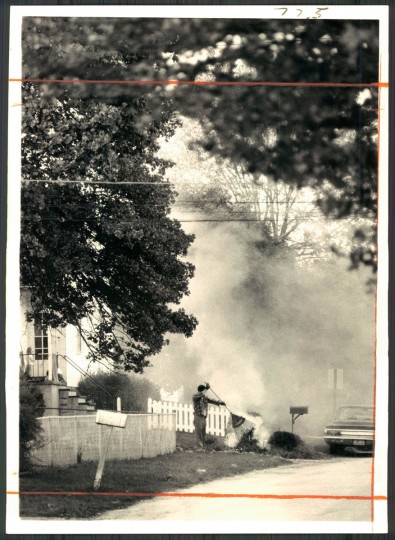 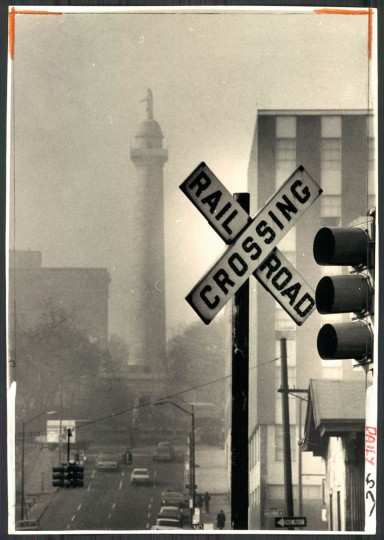 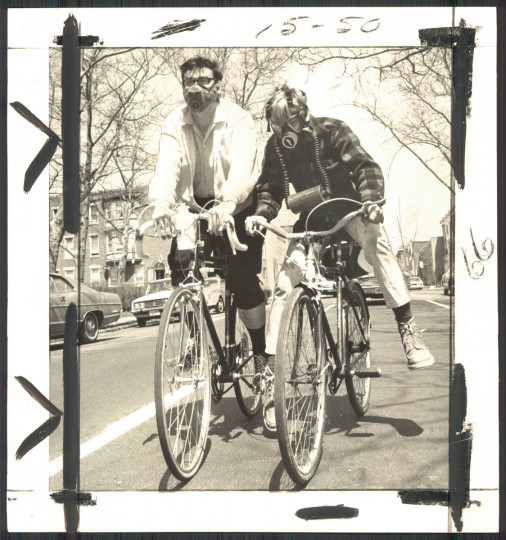 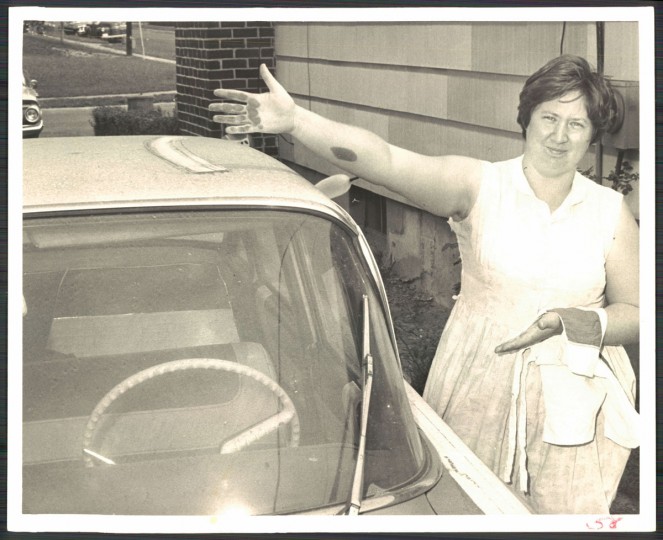 A woman wipes soot from the roof of her car in photo dated July 8, 1967. (Baltimore Sun archives) 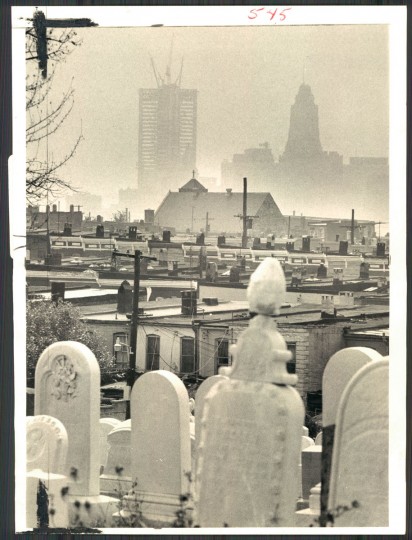 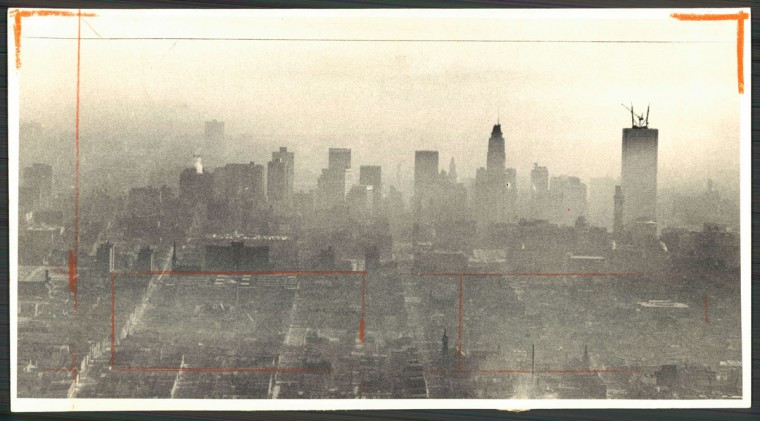 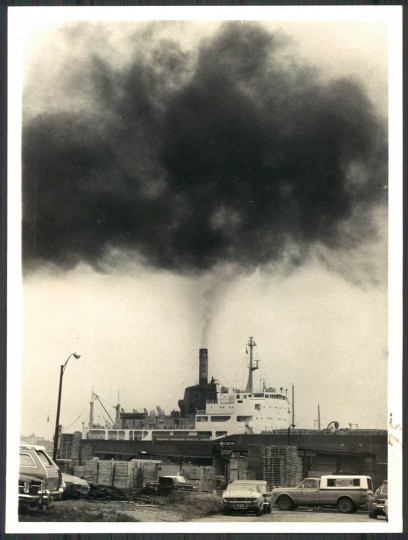 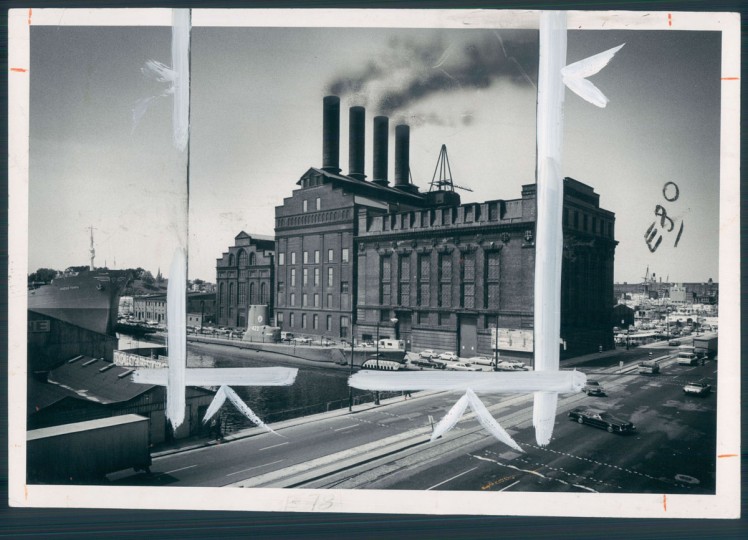 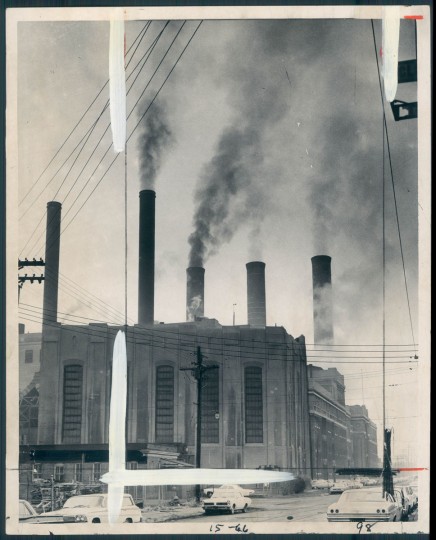 SMOKE GETS IN YOUR EYES–“Electric power generation and automobiles account for 83 per cent of the air pollution in the United States,” according to a congressional report. One of those electric power generation plants is shown above. It is the Consolidated Gas and Electric plant at Westport, in South Baltimore. Photo dated December 12, 1966. (Baltimore Sun) 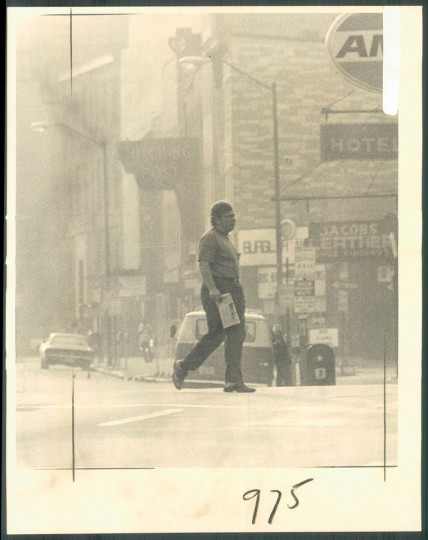 Visibility Poor: Baltimore’s bad air conditions have caused a pollution alert to be sounded and it remains in effect for the weekend. The scene here is East Baltimore street and Market place. Photo dated June 12, 1976. (Swagger/Baltimore Sun) 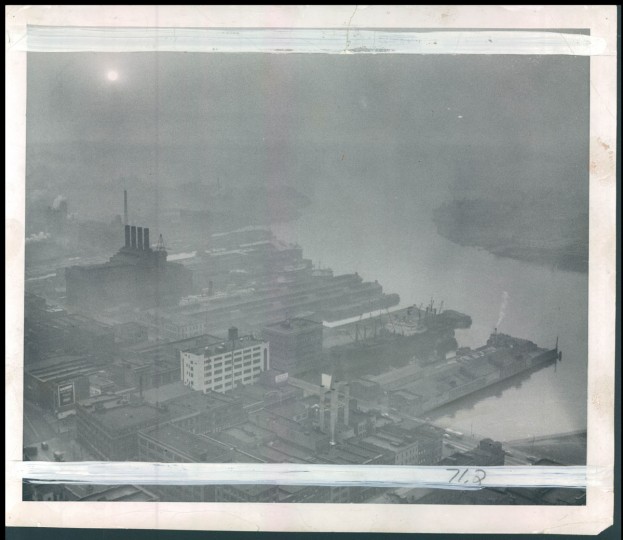 Sun shines through smog and haze over harbor and city, November 20, 1953. (Klender/Baltimore Sun) 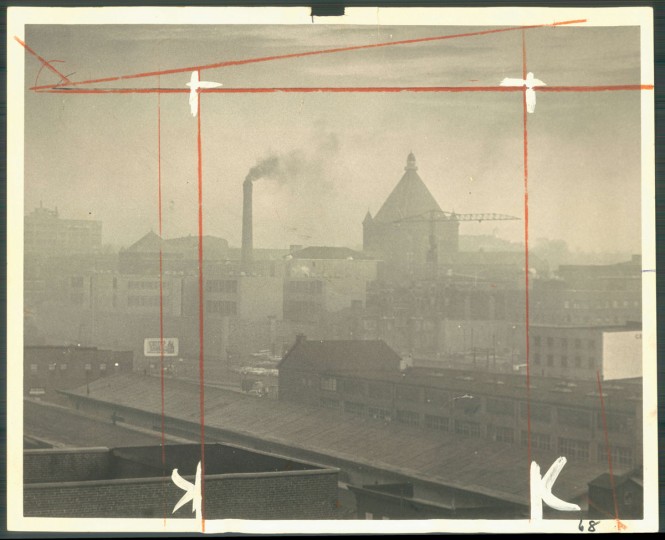 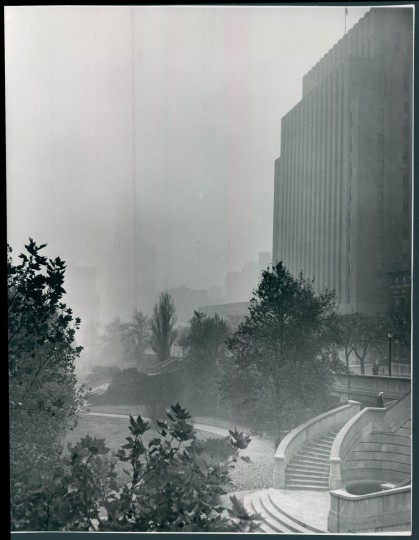 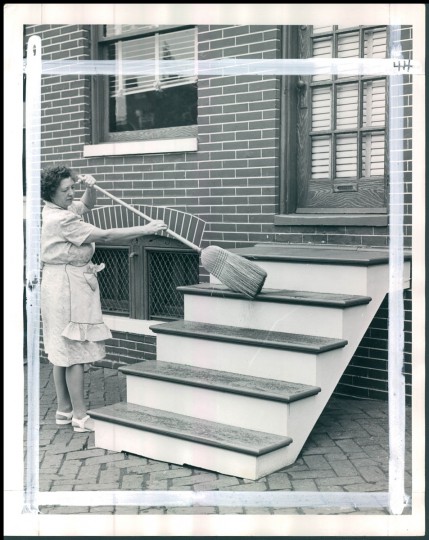 A Baltimore woman sweeps soot off the steps of her home, May 28, 1947. (Malashuk/Baltimore Sun) 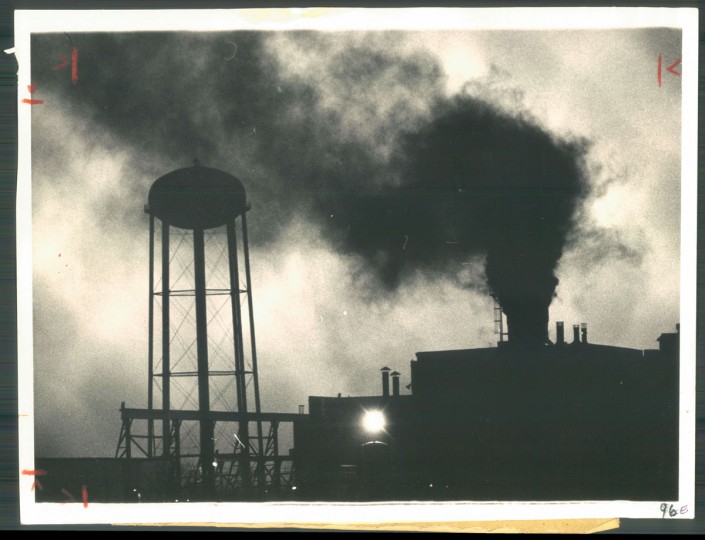 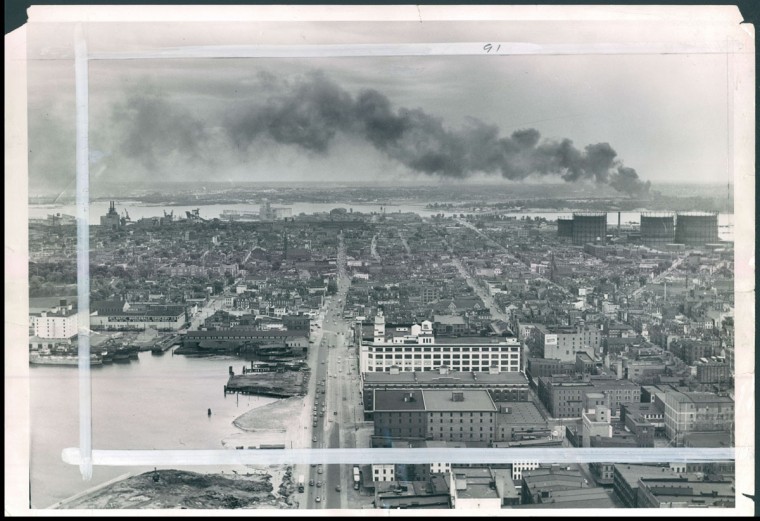 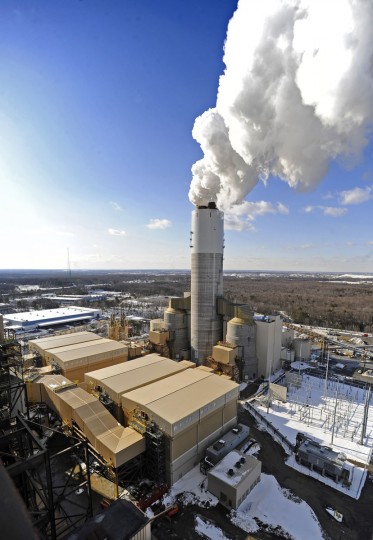 BRANDON SHORES, MD — 2/18/10 — MD GR SCRUBBER LAM — In compliance with Maryland’s 2006 Healthy Air Act, Constellation Energy’s Brandon Shores Power Plant began to dramatically reduce its toxic emissions by bringing online its AQCS scrubber, pictured. The $800 million worth of pollution controls “scrub” the toxic emissions from the coal-burning plant before they are released through the smokestacks into the air. (Kenneth K. Lam/Baltimore Sun) 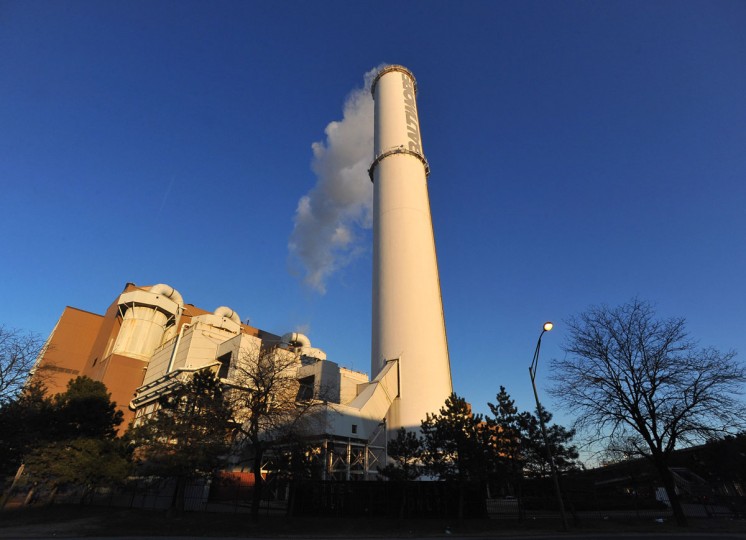 BALTIMORE, MD — 1/21/09 — Shown is the RESCO waste-to-energy incinerator in South Baltimore. Environmental groups will announce Thursday they are suing the Maryland Department of the Environment for failure to properly regulate pollution coming the plant. The facility, which burns much of the city’s trash, has been operating without an updated pollution permit since the end of 2006, environmentalists complain. The plant continues to run under limits in its old permit, which enviros contend do not do enough to protect the public from harmful air pollution. The suit against the RESCO facility, owned by Waste Management Inc., is one of two legal actions the enviros are taking on Thursday. They also are threatening to sue over alleged pollution violations at a coal-fired power plant in southern Maryland, at Chalk Point. (Gene Sweeney Jr./Baltimore Sun)

The city was burning. Everything from trash to coal to leaves was set on fire, sometimes in furnaces, perhaps in an open pit. “Even the automobile, which is a highly inefficient burner throughout its lifetime, all too often ends up itself in flames when it is discarded,” James D. Dilts wrote for The Sun in 1967. That year, Baltimore had the second dirtiest air in the country. On a hot summer afternoon, you might hardly make out the Washington Monument through the haze. The next morning, a film of soot could be covering your car.

The majority of the pollution came from two companies, labeled the “big dirties” in a 1970 Sun article. They were Baltimore Gas & Electric and Bethlehem Steel, each spewing over 100,000 tons of particles in the air annually.

But the problem of air pollution goes back to much earlier in the last century. In the early 1900s, in Baltimore as well as in cities like London, civic leagues met to discuss “smoke abatement” — an early form of green environmental policy — to address the problem of emissions from people’s coal-burning stoves, which choked the city air. The smoke was like the weather, The Sun editorialized in 1920, “in that, as Mark Twain said, everybody talks about it but nobody does anything about it.”

That would soon change, at least to a degree. In 1931, Baltimore launched a Division of Smoke Control to tackle the problem. However, its impact was questionable. A 1956 photo in The Sun featured two photos next to each other of the Penitentiary’s smokestack — which bellowed as much pollution in that year as it had decades prior. “This is an age of progress in most things, but not in everything,” read the caption. 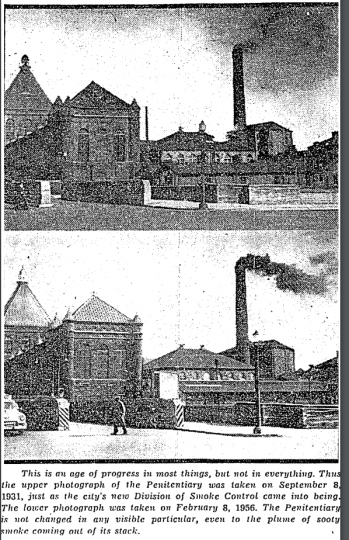 Baltimore’s air pollution problem was made worse by its geography, and it still is today. As the 1967 article explained, thermal inversions — which affect many low-lying seaside areas around the world — trapped in dirty air underneath a roof of cooler air, as if the city were sitting in a “gigantic pressure cooker.” Rather than move off to the sea, the haze stays stuck. The same is true in Los Angeles, a famously smoggy city.

One of the clearest impacts of this in Baltimore was a high rate of bronchitis and emphysema among the city’s inhabitants. The problems have persisted into this century: a 2013 MIT study using data from 2005 found that Maryland leads the nation in emission-related deaths, and that 130 out of every 100,000 Baltimore residents per year die from long-term exposure to air pollution.

Smoke emissions in the city have declined in the previous few decades, in part due to stricter regulations established by the Clean Air Act of 1970, as well as the decline in industry. The city’s second largest air polluter, Bethlehem Steel, closed in 2003.

In 2015, Baltimore met the EPA’s guidelines for ground-level ozone pollution for the first time ever.

But Baltimore’s environmental future remains something of an open question.

One issue is smog produced in neighboring states. “Our research indicates that states upwind of Maryland are responsible for about 70 percent of Maryland’s air quality problem,” declared a report by the Maryland Department of the Environment. The state has petitioned the EPA to crack down on “upwind” polluters — neighboring states whose emissions travel here, but the EPA tentatively rejected the request earlier this year.

Other environmental issues are home-grown, such as the Herbert A. Wagner Generating Station in Pasadena, which environmentalists have claimed for years has released unsafe levels of sulphur dioxide, a chemical known to cause cancer and trigger asthma. The EPA agreed. Maryland Governor Larry Hogan, however, challenged the assessment.

Most recently, the Trump administration has proposed cutting the EPA’s budget by 31 percent, which would curb that body’s ability to enforce regulations and crack down on polluters.