Chemical weapons testing at Edgewood Arsenal through the years

In today’s Baltimore Sun, reporter Mary McCauley commemorates the beginning of World War I with a look at Maryland institutions born from that conflict. Here, a closer look at the Edgewood Arsenal, now a part of Aberdeen Proving Ground, where the U.S. has manufactured and tested chemical weapons since 1918. 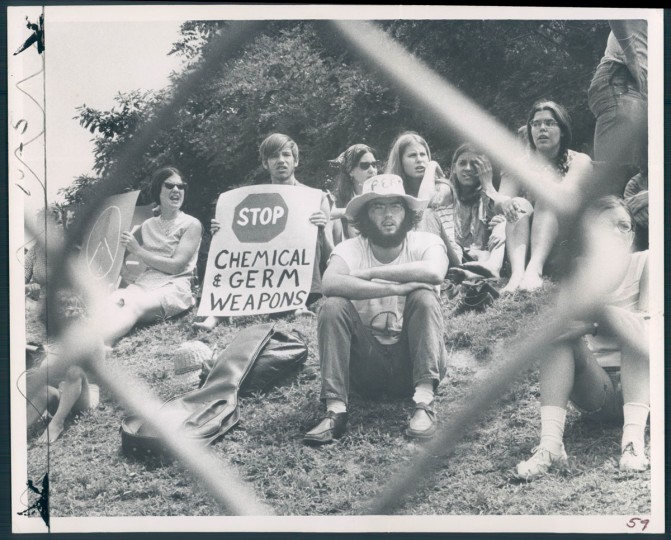 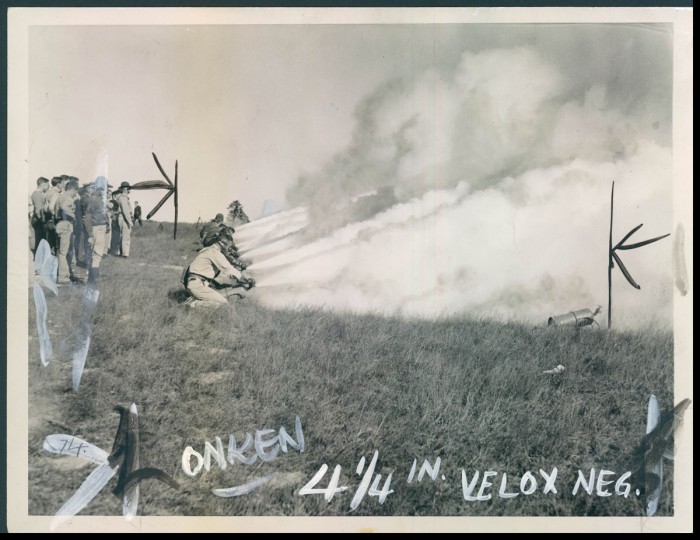 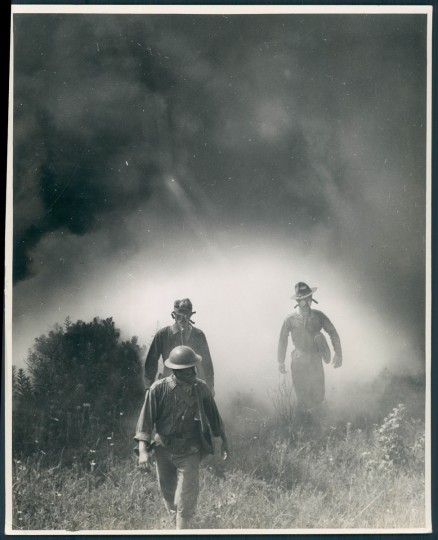 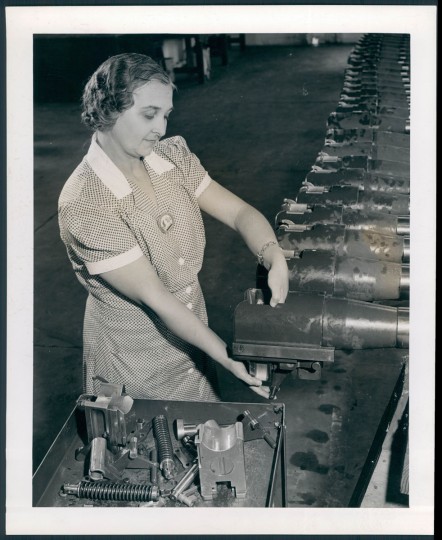 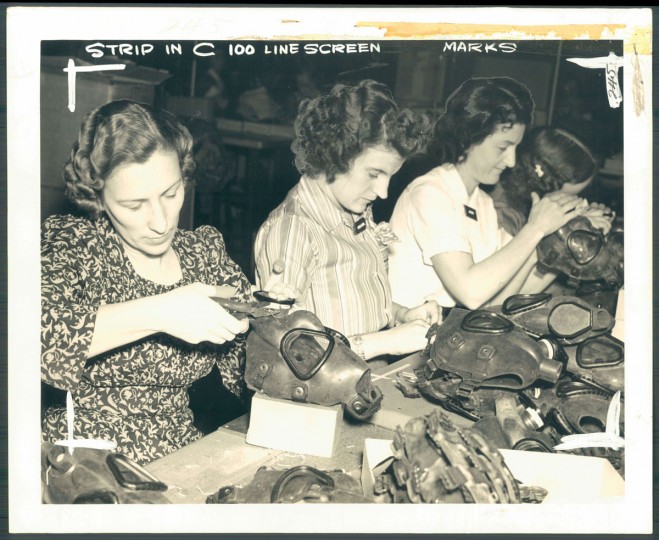 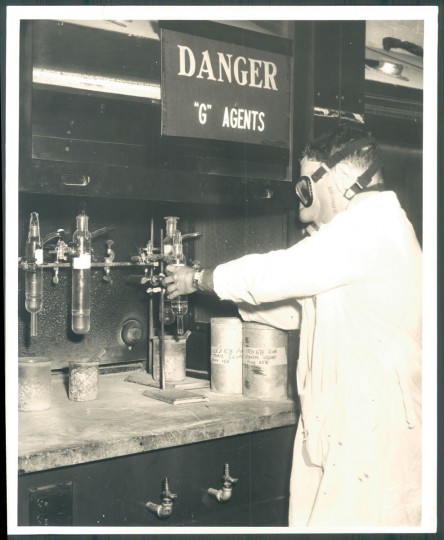 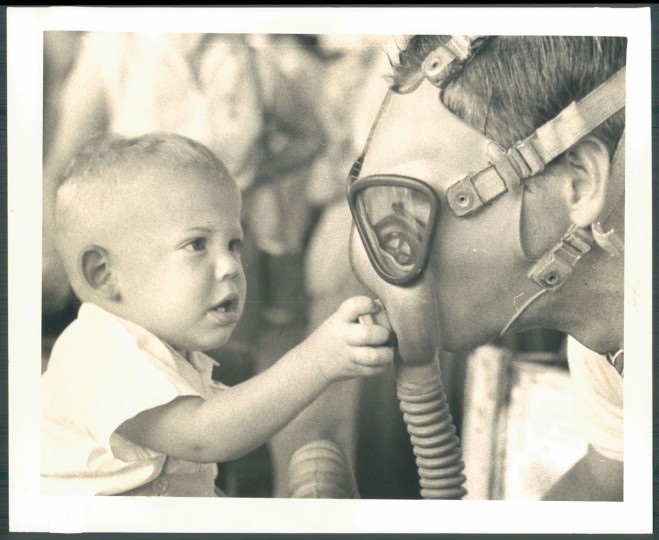 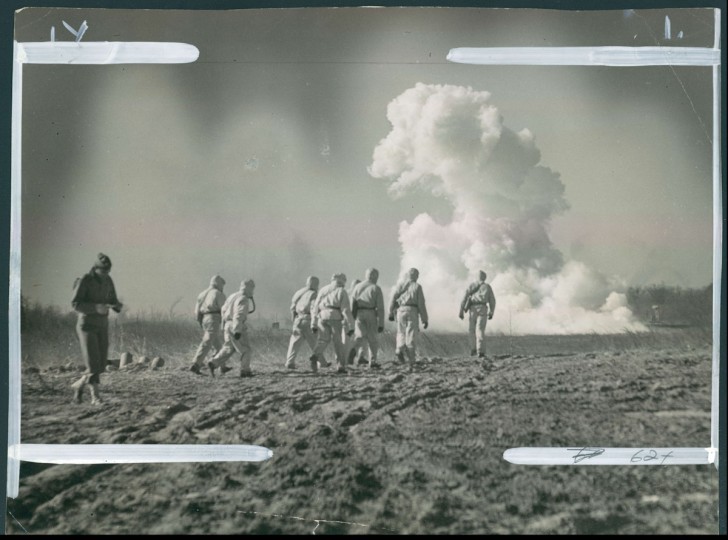 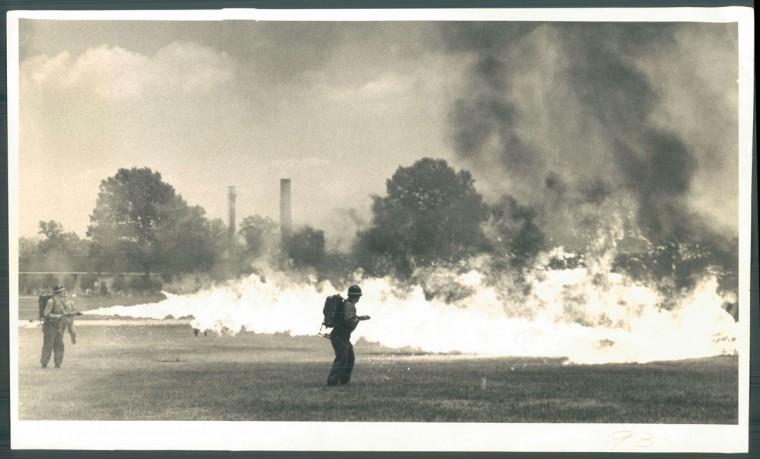 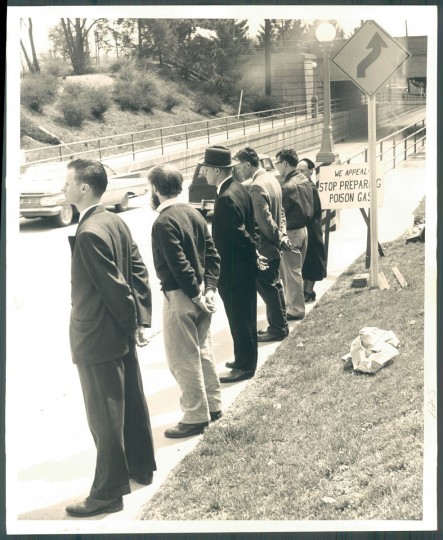 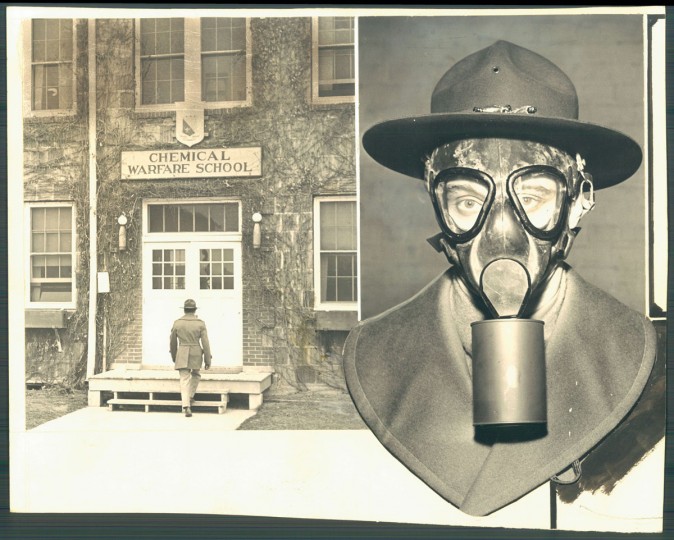 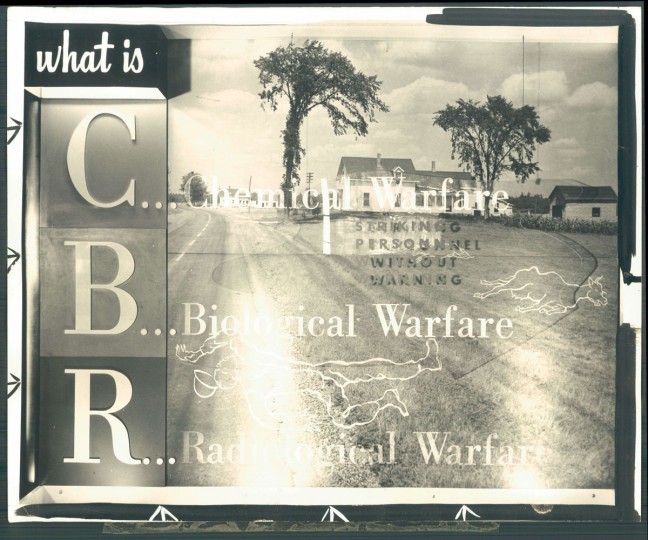 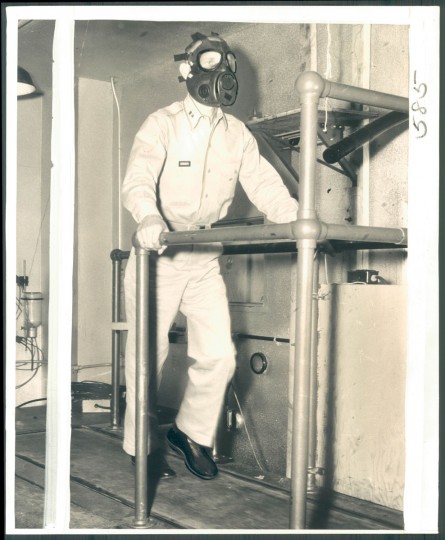 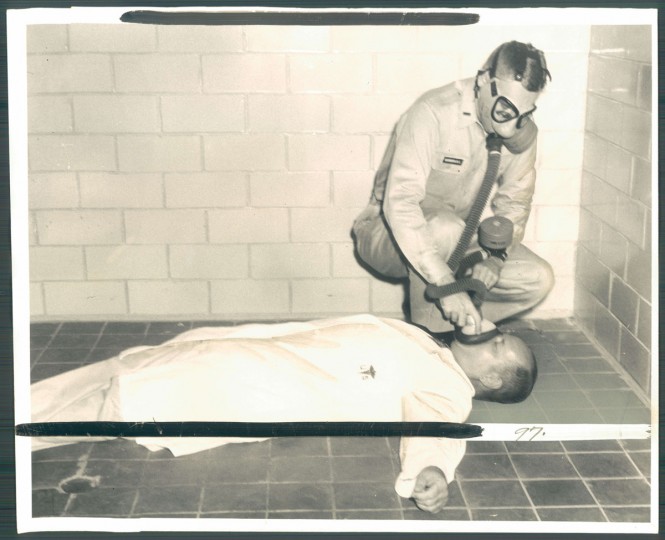 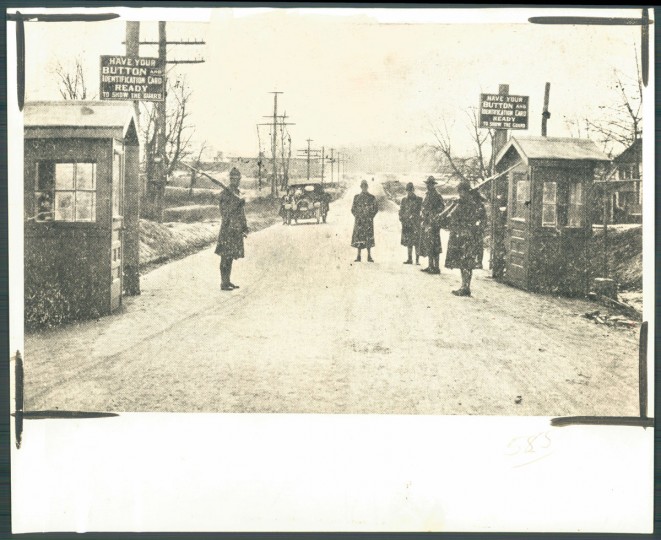 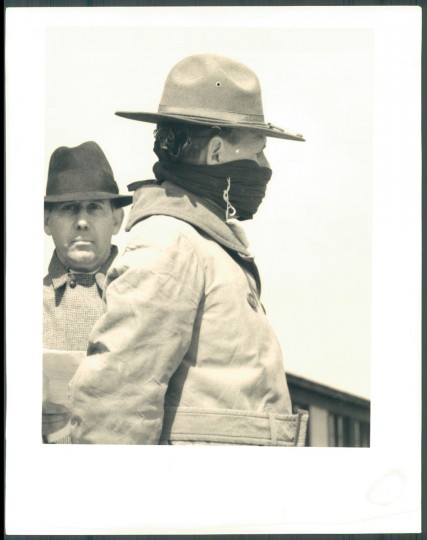 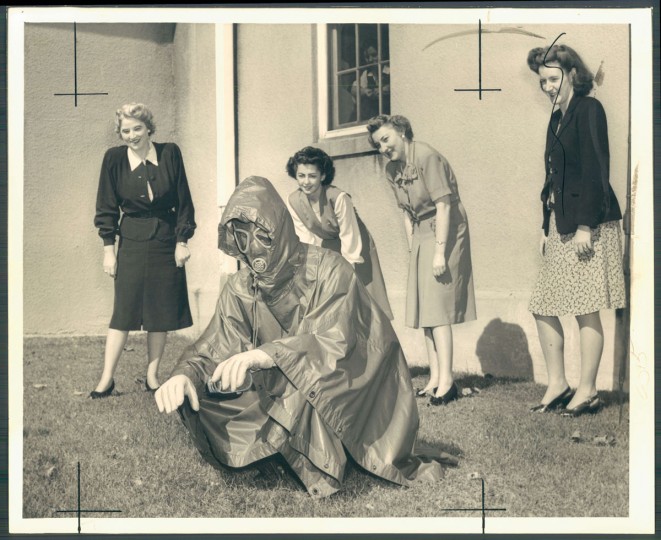 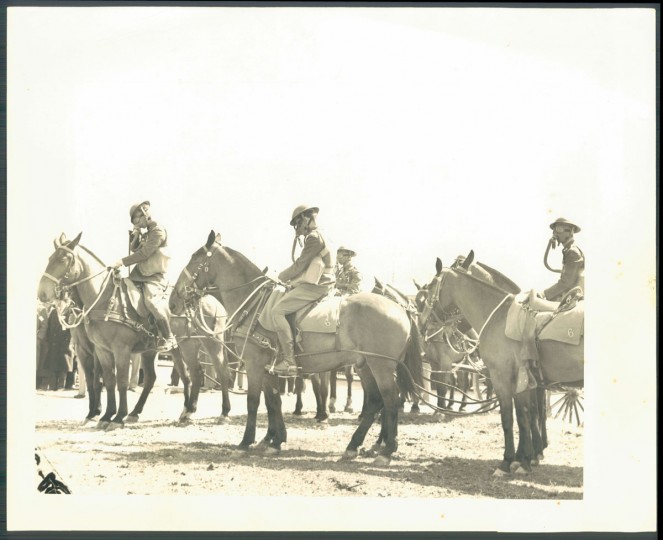 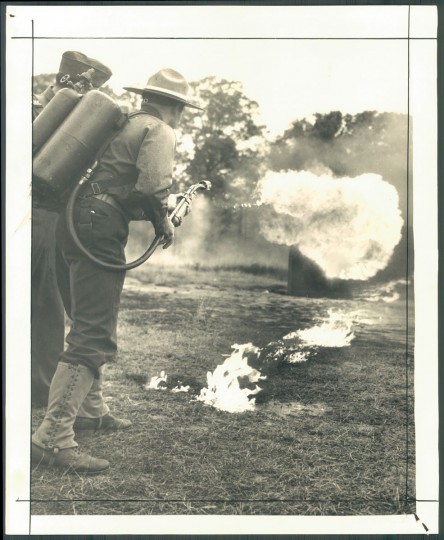 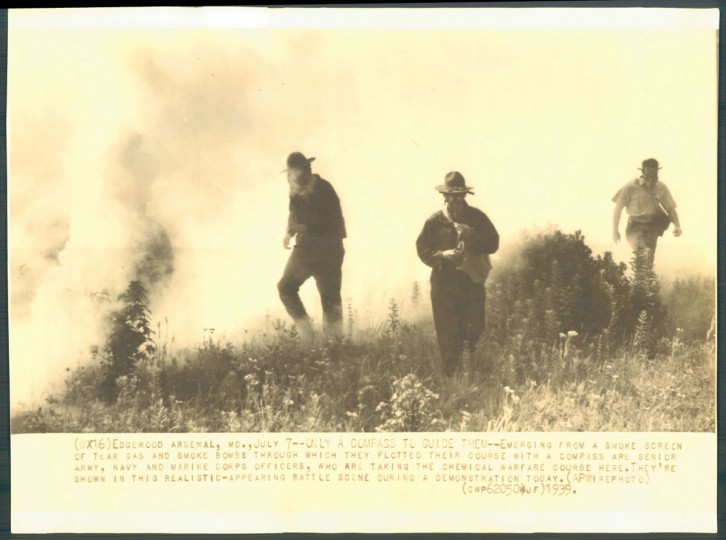 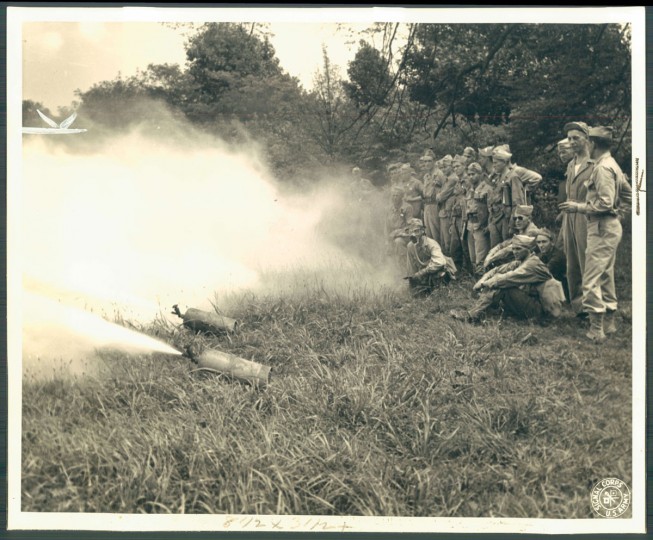 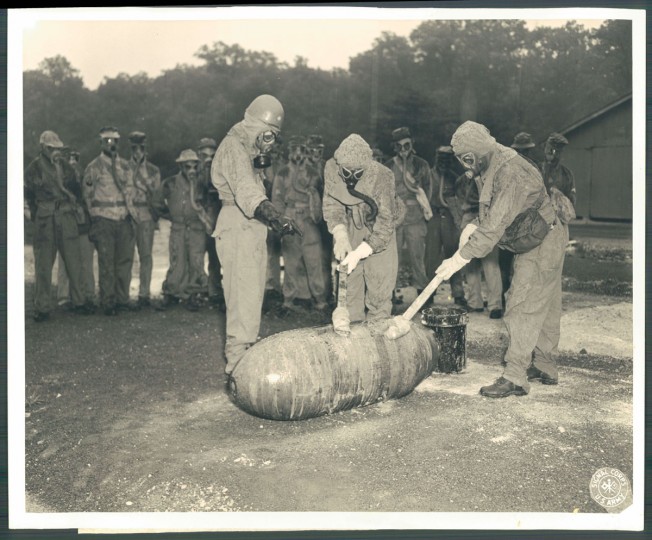 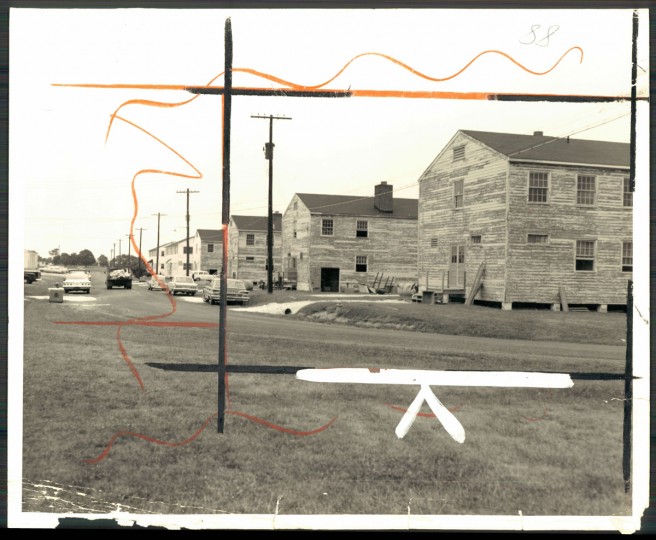 Construction of the Edgewood Arsenal began just one year before Armistice Day, on Nov. 11, 1918. Less than 30 miles from Baltimore, the facility would later become part of neighboring Aberdeen Proving Ground. But following the war’s end, sooner than expected, the U.S. was faced with the question of what to do with sites like Aberdeen and Edgewood: whether to close them, or to keep them in operation in the event of future war.

A 1918 story in The Sun touted it as “the largest poison gas factory on earth,” and detailed how brave civilians and soldiers toiled at the manufacture of highly dangerous chemicals.

Certainly, the work of manufacturing deadly weapons was dangerous. The story recounted a Chicago boy who’d been exposed to phosgene gas fumes. The chemicals ate away his left ear and burned his left arm. Another man, who hoped to take the “faintest sniff” of mustard gas to see how it smells, burned his entire face as well as his hands. Doctors hoped to save the man’s eyes, but acknowledged that even if they succeeded, “he is in for a long seige of it.”

Though such exposures were accidental, for many years, the Army used human subjects to test the effects of poison chemicals. At first, the use of human subjects was limited to a few personnel who worked at Edgewood. However, from WWII through the 1960s, many thousands of enlisted men were exposed to drugs like sarin and nerve gas.

In the 1960s Army scientists, together with the CIA, began administering mind-altering drugs — including heavy doses of LSD — to human subjects as part of a program to develop an incapacitating agent to use on enemy soldiers and populations.

“They told me it would be like taking aspirin,” said Gary, who went by only his first name in a 1979 story that ran in The Sun. But he reported being depressed and even suicidal in the years since undergoing testing at Edgewood.

“If they had told me what it did, I never would have taken it,” reported another participant, who only found out later that he’d been given LSD at Edgewood.

Many had their claims for health benefits rejected by the Veterans Administration, as the Associated Press reported in 1977. (Congress investigated the program in 1975 after vets complained; the Army denied any wrongdoing.)

The experiments may have been overseen in part by Nazi scientists, brought covertly to the U.S. through Operation Paperclip.

“My research reveals the pervasive influence of former Nazi scientists at Edgewood Arsenal,” author Linda Hunt testified before a House Subcommittee in 1991. The Subcommittee was investigating claims from a former U.S. Army sergeant whose life “disintegrated” after he was reportedly dosed with LSD against his will at Edgewood in the 1950s.

Controversial, too, were the Army’s methods of getting rid of the used weapons. As recently as the 1970s, workers were disposing of mustard agent, tear gas, nerve agents and white phosphorus by throwing the substances into long trenches and setting them on fire. Some of the chemicals, including a component found in rocket fuel, have found their way into Aberdeen’s tap water.

In the early 1990s, residents gathered to protest plans to burn tons of deadly nerve gas in an incinerator. In the words of one neighbor, Lois Roberts, “I’ve lived here 25 years, my children are here, my grandchild is here, and I don’t want to carry a gas mask of nerve-gas antidotes.”

In 1990, the EPA had placed the entire Edgewood area and parts of the Aberdeen area on its Superfund list of high-priority cleanups. A 2003 Sun article called Aberdeen Proving Ground “one of the nation’s most polluted military bases.”