Organizations and activists used World Water Day, designated by the United Nations as March 22 in 1993, to draw attention to and to work to reduce global and local water challenges. The UN’s children’s agency, UNICEF, released research saying that population growth and climate change will help lead to water scarcity for one in four children by 2040. 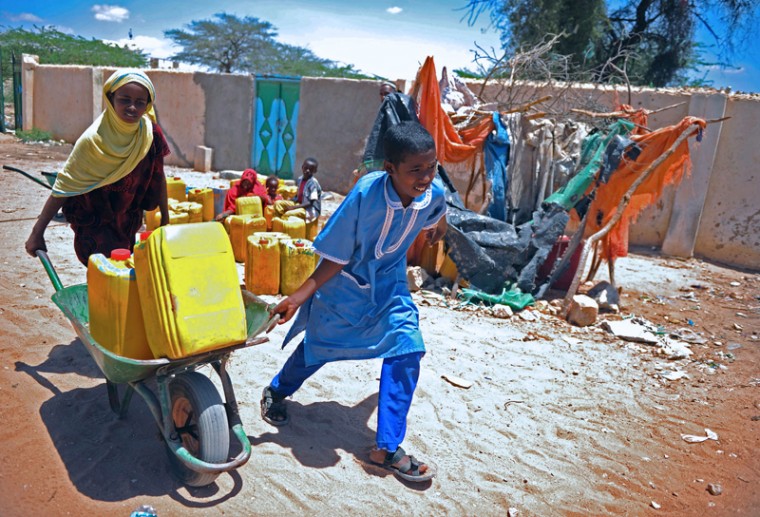 This file photo taken on May 16, 2015 shows refugee children pushing wheelbarrows loaded with Jerry cans full of drinking water from a water pump in Hargeisa, the capital of Somaliland, northwestern Somalia. Approximately one in four children worldwide will live in regions with extremely scarce water resources by 2040, UNICEF said in a report on March 22, 2017. In research released on World Water Day, the United Nations children’s agency warned that in just over two decades nearly 600 million children will be living in areas with severely limited safe water sources, as population growth and surging demand for water clash with the effects of climate change. (MOHAMMED ABDIWAHAB/AFP/Getty Images) 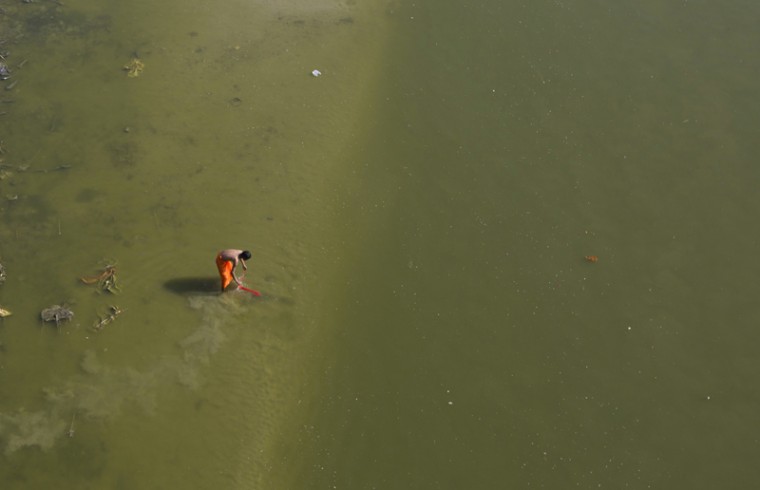 An Indian man washes his clothes in the Ganges River on World Water Day in Allahabad, India, Wednesday, March 22, 2017. Two of India’s most iconic rivers, the Ganges and the Yamuna, considered sacred by nearly a billion Hindus in the country, have been given the status of living entities to save them from further harm caused by widespread pollution. (Rajesh Kumar Singh/AP) 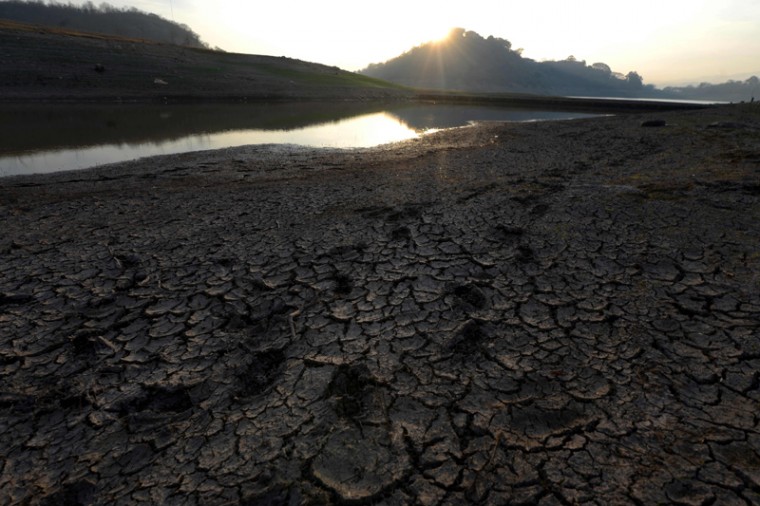 Picture of the Los Laureles dam, which supplies with potable water to the over one million inhabitants of the capital Tegucigalpa, taken on World Water Day on March 22, 2017. (ORLANDO SIERRA/AFP/Getty Images) 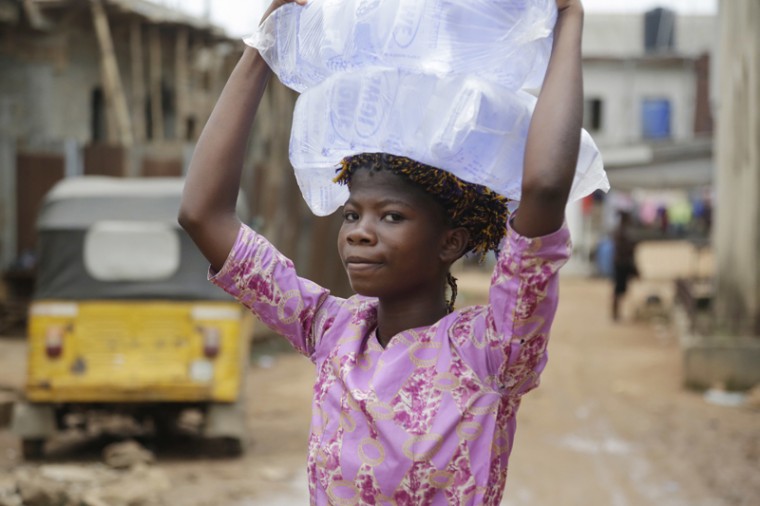 A woman carries bags of sachet water she bought on a street in Baruwa Lagos, Nigeria Wednesday, March 22, 2017. (Sunday Alamba/AP) 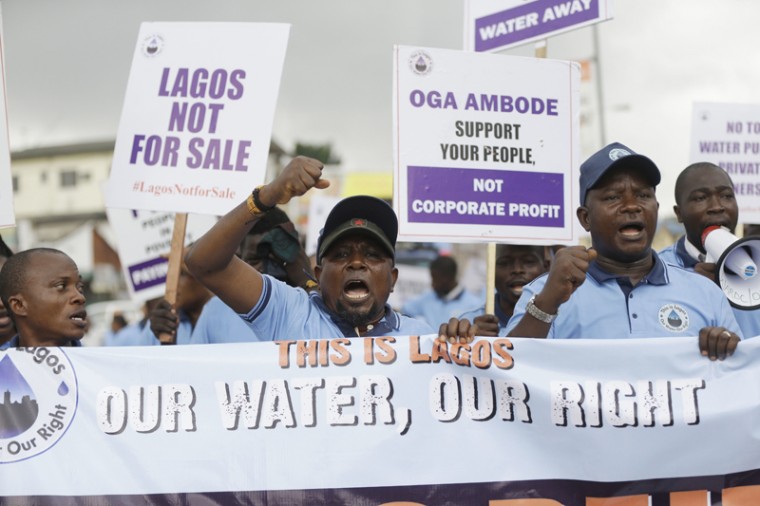 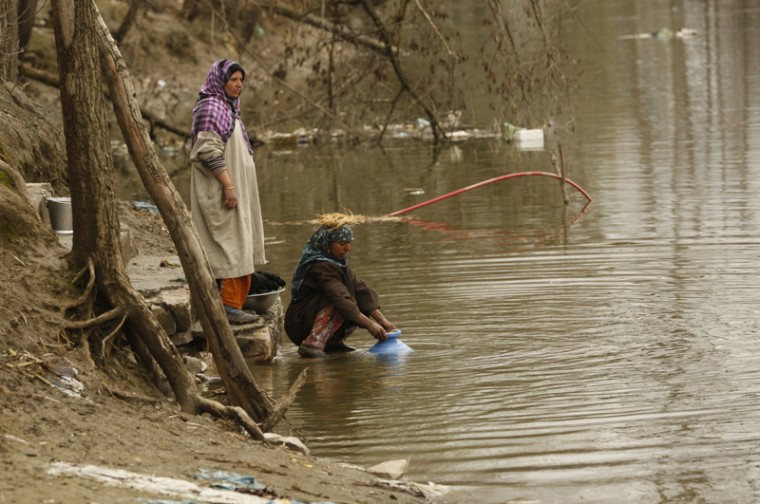 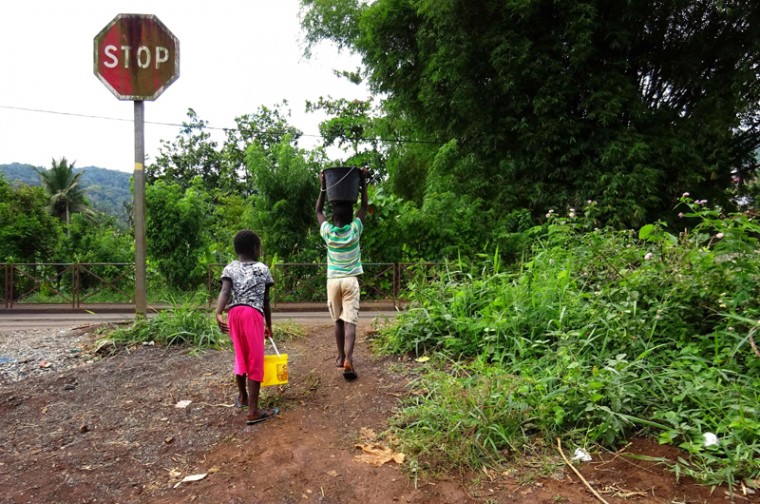 This file photo taken on December 27, 2016, shows children as they carry buckets filled with drinking water in the village of Tsararano on the French Indian Ocean island of Mayotte as eight municipalities of Mayotte are hit by water cuts. (ORNELLA LAMBERTI/AFP/Getty Images) 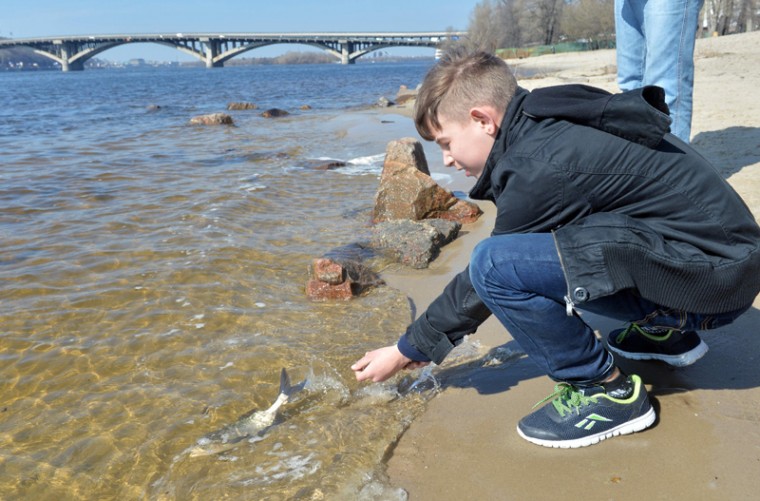 A child releases a carp during an event to stock with fish the Dnieper River organized by Ukraine’s Environmental Protection Fund on March 22, 2017 in Kiev to mark the World Water Day. Five tons of silver and grass carps were released during the event. (SERGEI SUPINSKY/AFP/Getty Images) 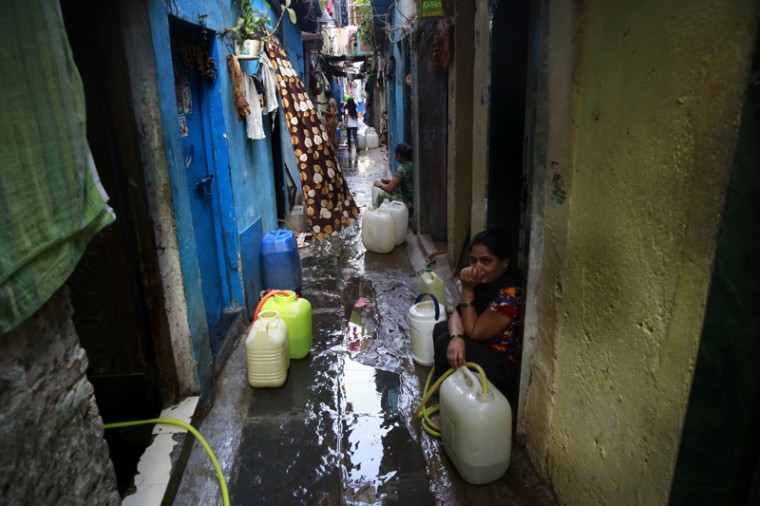 Indian women collect water from a shared tap at a slum in Mumbai, India, Wednesday, March 22, 2017. India has the world’s highest number of people without access to clean water. According to UNICEF, the U.N.’s children’s agency, nearly 78 million Indians — or about 5 percent of the country’s 1.3 billion population — must make do with contaminated water sources or buy water at high rates. (Rafiq Maqbool/AP) 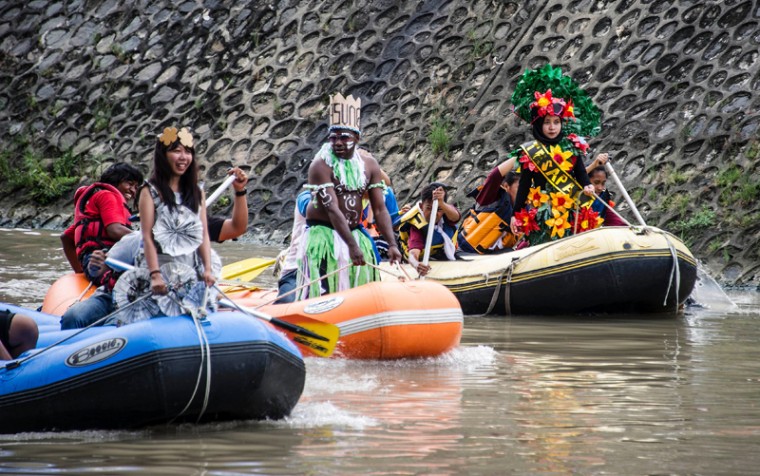 Indonesian activists parade in various costumes along the Kalimas river in Surabaya on March 22, 2017 to help draw attention to World Water Day. Recycling the world’s wastewater, almost all of which goes untreated, would ease global water shortages while protecting the environment, the United Nations said in a major report on March 22. (JUNI KRISWANTO/AFP/Getty Images)