A look back at “Little Bohemia” and Sokol Baltimore, a gymnasium in East Baltimore that was once a pillar of Baltimore’s Czech community. 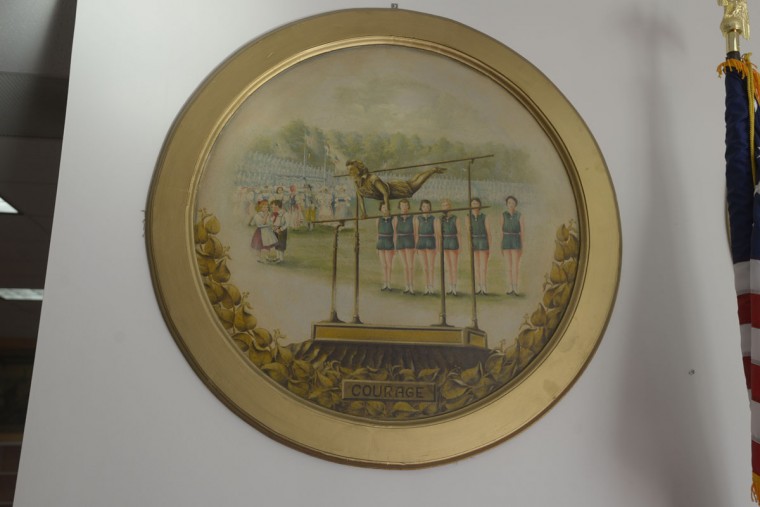 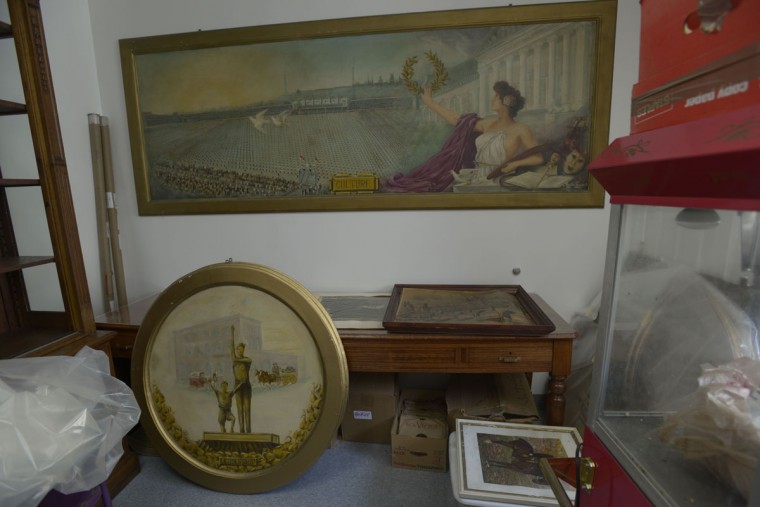 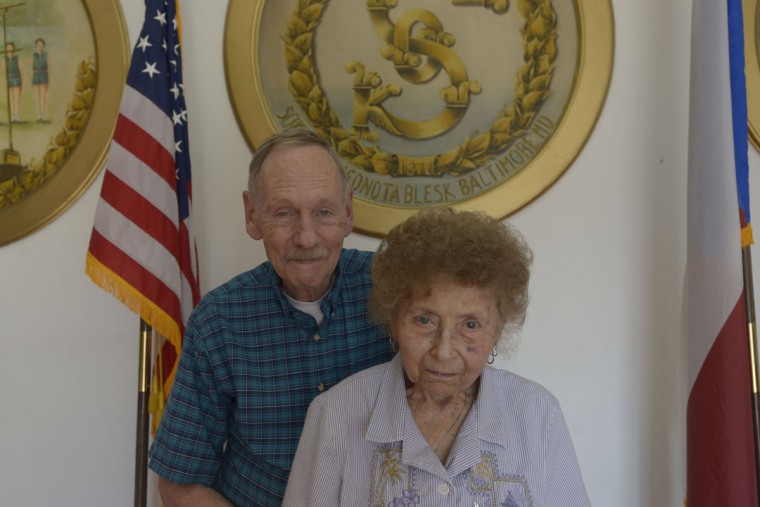 Frank and Ann Huber pose by a painting at the Sokol gymnasium located near Patterson Park. The Sokol first began in Baltimore in 1872 as a Czech cultural organization. However, its future is uncertain today. (Christina Tkacik/Baltimore Sun) 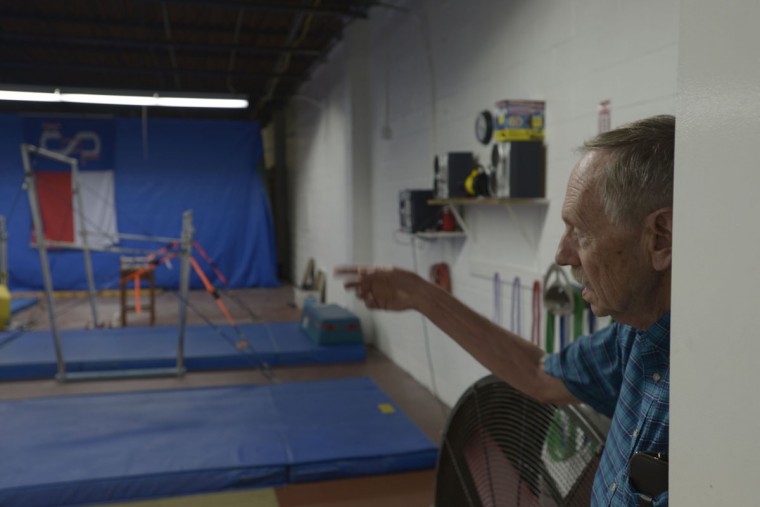 Frank Huber provides a tour of the Sokol gymnasium in East Baltimore. Once a strictly-Czech organization, Sokol now caters to Baltimoreans from many different backgrounds. However, the organization lacks sufficient funding and manpower to stay in operation, and Frank’s wife, Ann Huber, fears it won’t last much longer. (Christina Tkacik/Baltimore Sun) 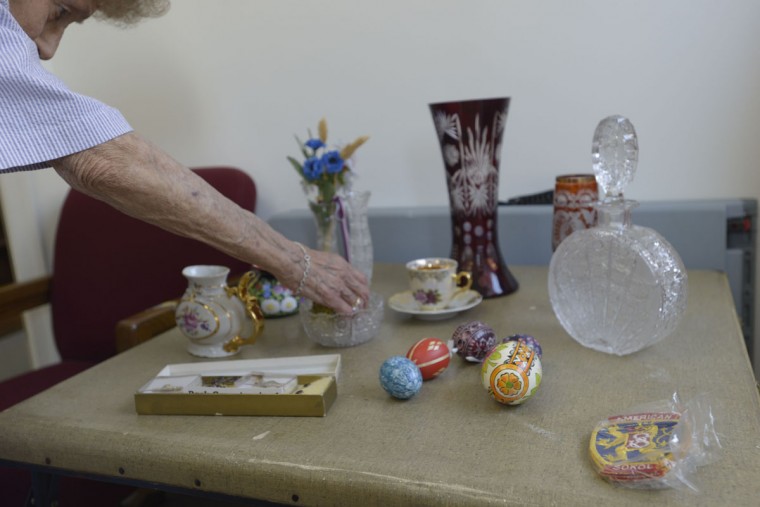 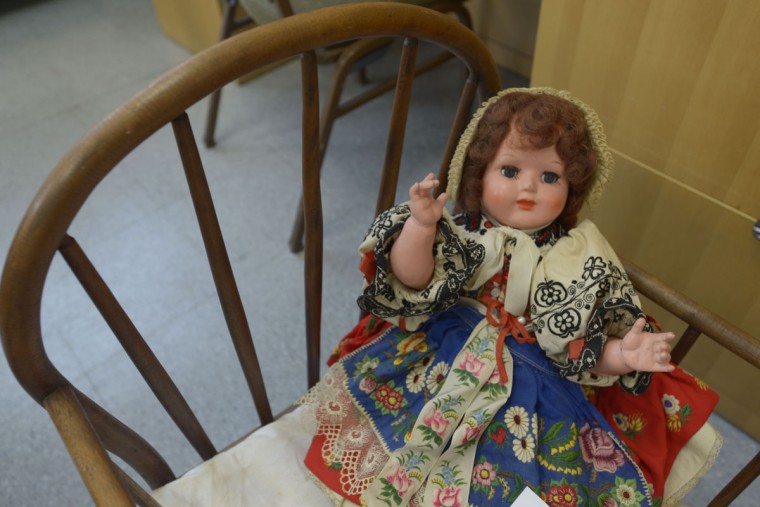 A doll belonging to Ann Huber wears a traditional Czech folk costume. Though such adornments are made in rural areas, great attention is paid to their embroidery and construction. (Christina Tkacik/Baltimore Sun) 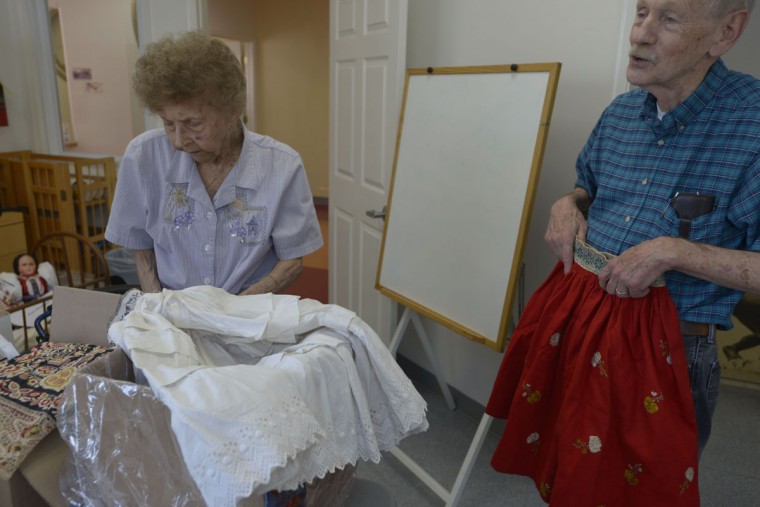 Ann and Frank Huber display some traditional Czech garments they have collected over the years. (Christina Tkacik/Baltimore Sun) 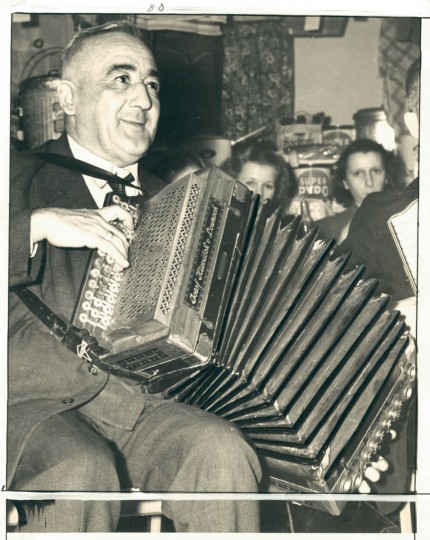 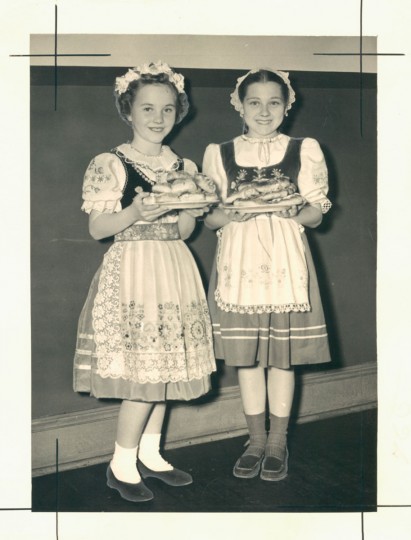 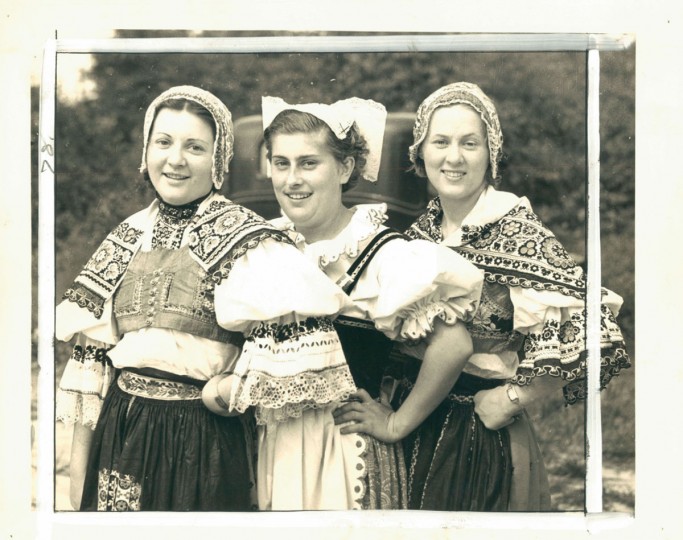 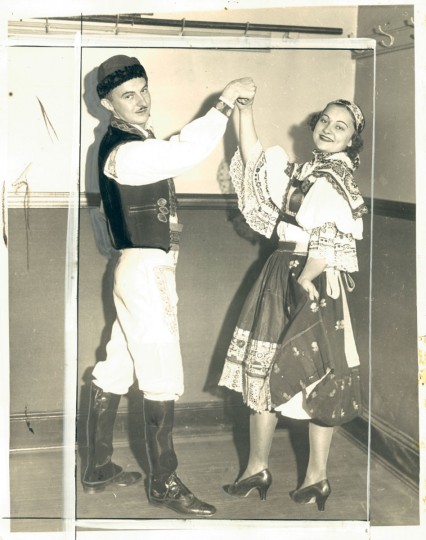 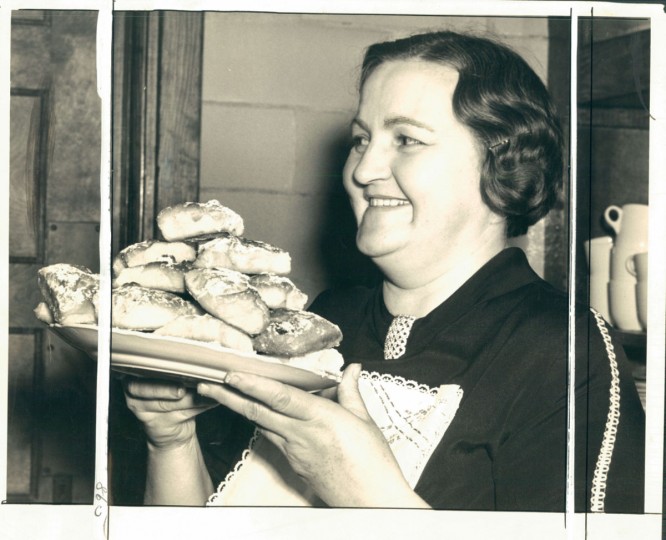 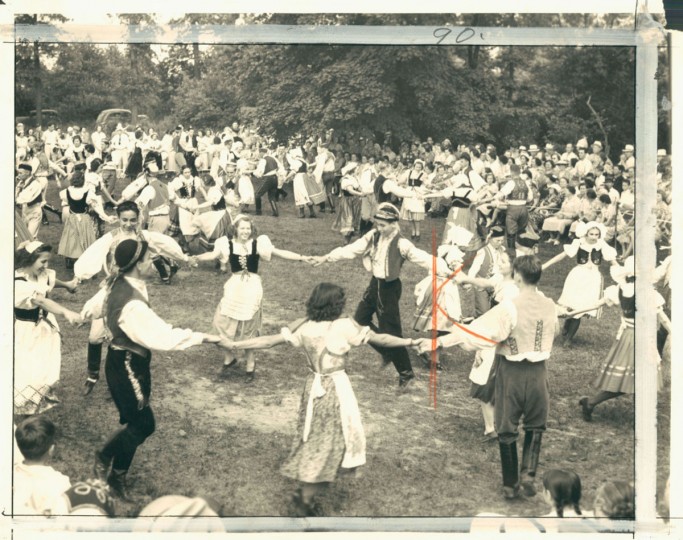 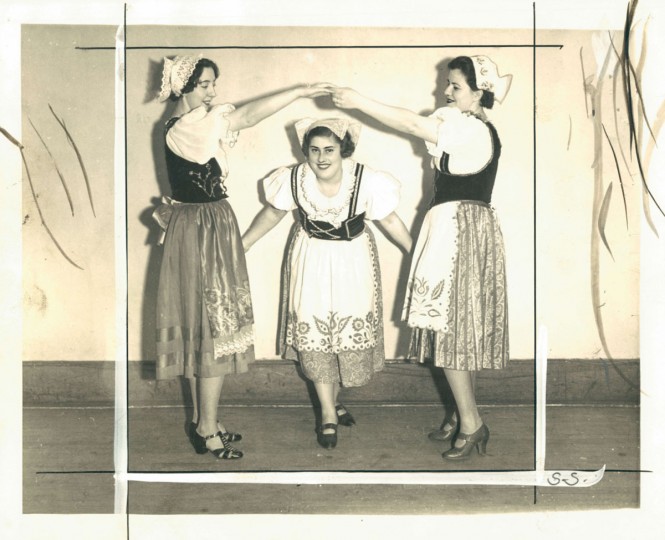 Czechoslovakian dancers at the YWCA’s May Festival. Photo dated May 15, 1936. (Baltimore Sun Archives) 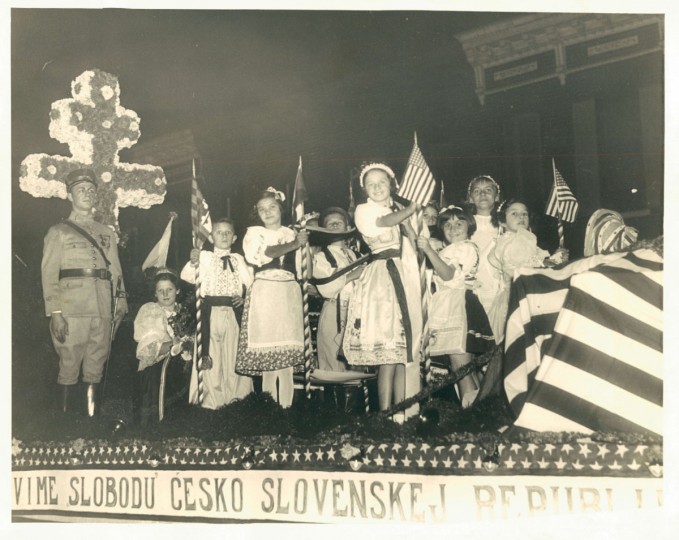 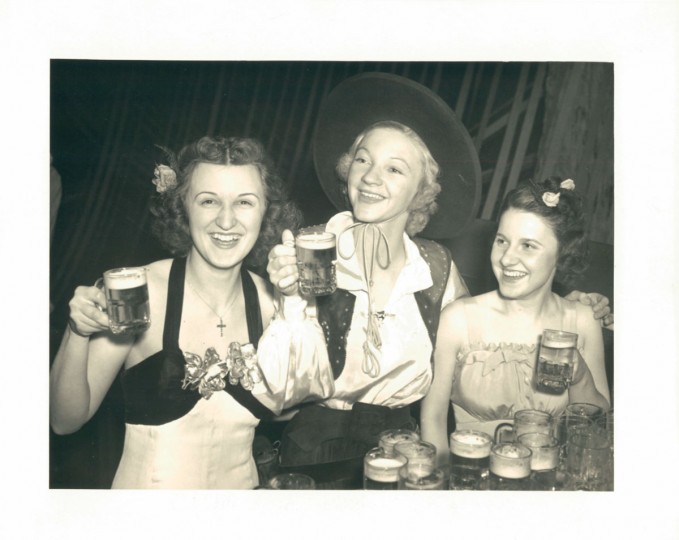 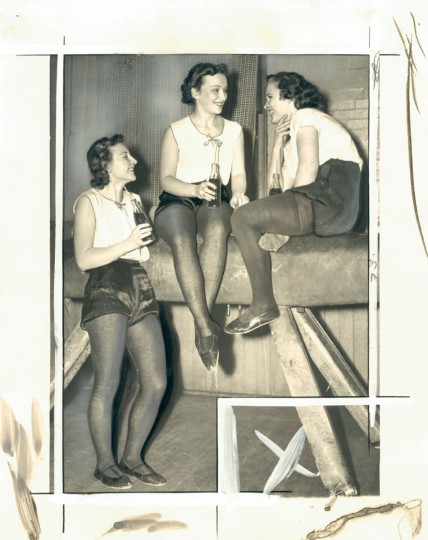 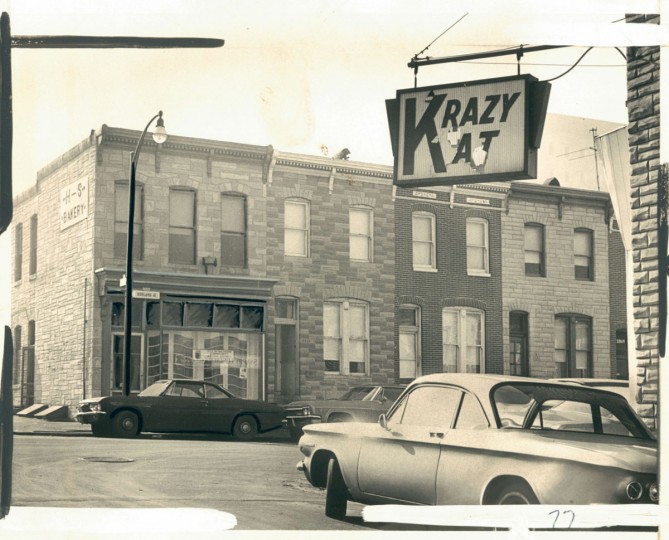 A 1967 photo shows the decline of what had once been the heart of the Czech community in Baltimore. “The Krazy Kat was the Svedja jewelry store and the Community Action Center was Klime’s bakery when Ashland avenue was like a street in Bohemian Village,” reads the caption. (Mortimer/Baltimore Sun) 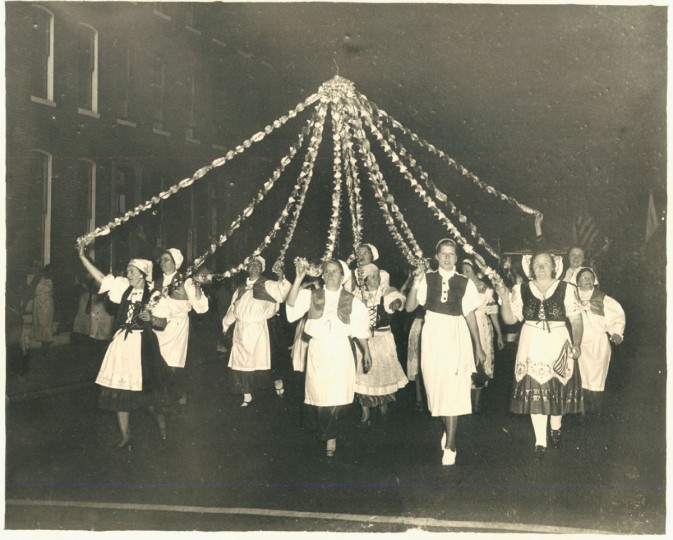 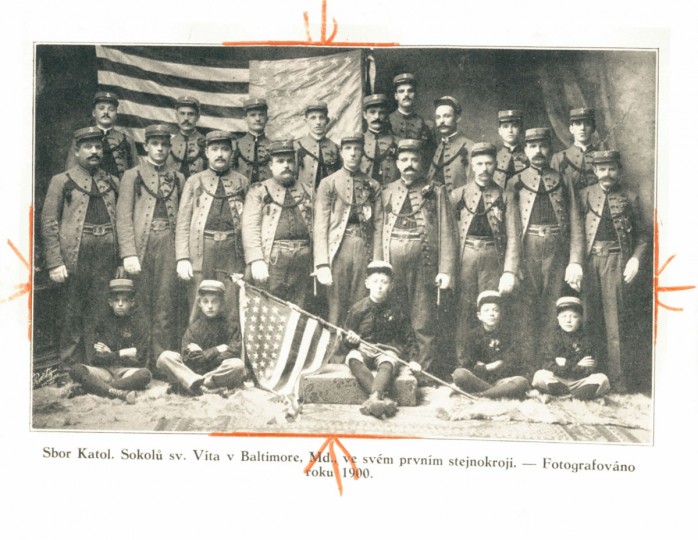 A 1900 photo shows members of Sokol in Baltimore. In those days, the organization was closely affiliated with St. Wenceslaus Catholic Church, which is still in operation in East Baltimore today. (Baltimore Sun archives) 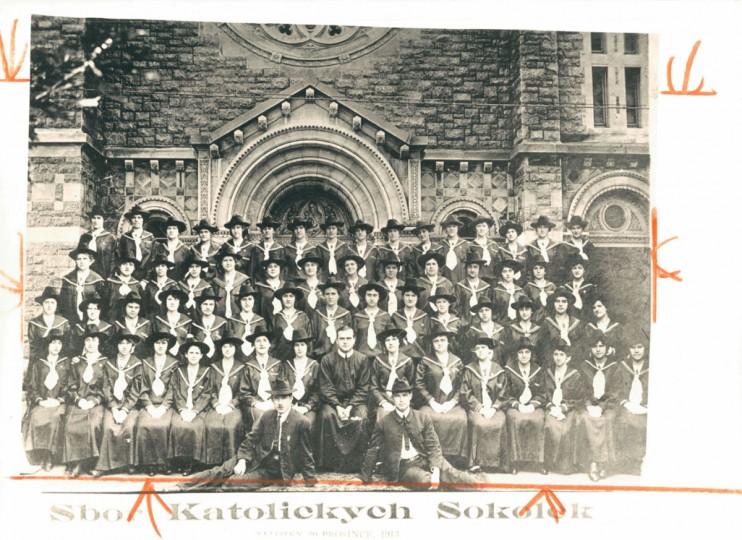 An undated photo shows members of Sokol in Baltimore, founded in 1872. In its early days, the organization was closely affiliated with St. Wenceslaus Catholic Church, which is still in operation in East Baltimore today. (Baltimore Sun archives)

Inside a nondescript building near Patterson Park is one of the last bastions of Baltimore’s Czech community. The gym is clean and new-looking, and kids from various backgrounds learn gymnastics there. There’s one anachronism: a series of antique-looking paintings hangs on the wall illustrating people exercising, with captions like COURAGE. CULTURE. GRACE. PROGRESS. This is Sokol Baltimore, founded in 1872.

“We need help,” says Ann Cervin Huber, 75 who’s been an active member of Sokol since childhood. (Her father and several siblings were also instructors there). Though it’s hung on for years, Huber’s afraid it won’t last much longer. “Right now we’re struggling to survive. People aren’t loyal like they were years ago. I know I sound like an old person when I say that.”

She and her husband, Frank, are struggling to keep the organization alive in the city. The gym relocated in 2013, and has faced break-ins at its new location near Patterson Park. “We have a problem with teenagers being so destructive,” she says. “We’d rather have them in our gym class throwing off that energy.”

The first Sokol was founded in Prague in 1862, but it quickly traveled to St. Louis, Baltimore and other cities in the United States with large Czech communities. The organization’s founder, Mireslav Tyrs, advocated a sound mind and a sound body, in addition a national Slav consciousness and Slavonic unity, to help the Czech people to preserve their culture in the face of Austrian domination. Within the Czech diaspora, Sokol members held picnics, dances and parades in addition to the regular gymnastics meets. At dances, attendees wore their finest Czech folk costumes, made in the Old Country, perhaps the very clothes they had worn when entering the United States via Baltimore’s Locust Point.

In 1907, The Baltimore Sun sang the praises of the Czech community living in the city’s “Little Bohemia,” then estimated to be 15,000 strong. “Let the observer take a stroll through ‘Little Bohemia’ most any day and if he is not familiar with the life of the Bohemian he will wend his way home with admiration for their mode of living,” the paper wrote. Among their virtues: Czechs were hardworking (‘Laziness Not A Characteristic’) and far too humble for household luxuries. The women were “hearty” and “model mothers.” The men were “of stocky build, active and industrious.” They also knew how to have a good time, within reason. “They dance a great deal and are fond of beer, but seldom drink too much.”

Today, Huber says, most Czech Americans have long migrated to the suburbs. She can think of only one Czech guy still living in the area that was once “Little Bohemia” — and she’s not even so sure if he’s there anymore. There’s still a Czech church, St. Wencelsaus, but gone is the corner saloon where Huber used to regularly fetch her mother a pitcher of beer. (Baltimorean beer drinkers will note that at least one Bohemian influence remains today. Natty Boh, or National Bohemian, named, of course, for the bohemian-style lager found in the mountains of what’s now the Czech Republic.)

But there’s still Czech dancing in Maryland — if you know where to look. Those interested in learning more about the heritage of the Czech Republic and neighboring Slovakia can attend the Czech and Slovak Festival on October 16, 2016, in Parkville, Maryland.