Pawpaws, of past and present

More about pawpaws, a native local fruit once known as “the poor man’s banana.” 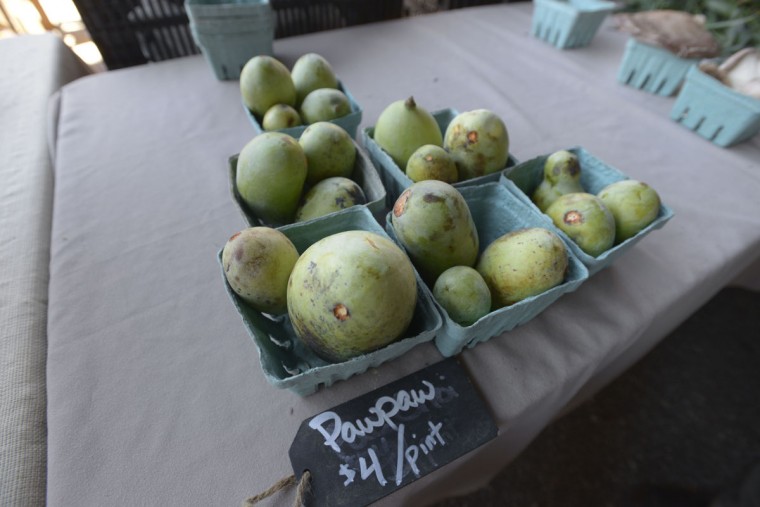 Pawpaws for sale at the Two Boots stand at the Sunday Farmers’ Market in Baltimore. (Christina Tkacik/Baltimore Sun) 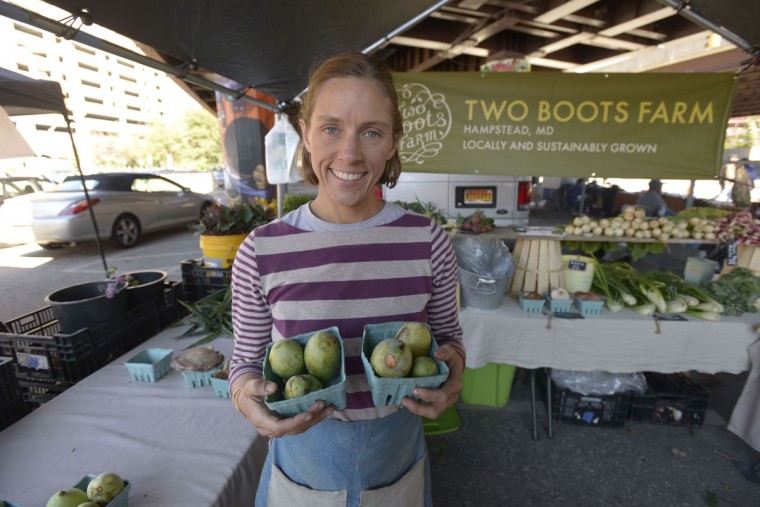 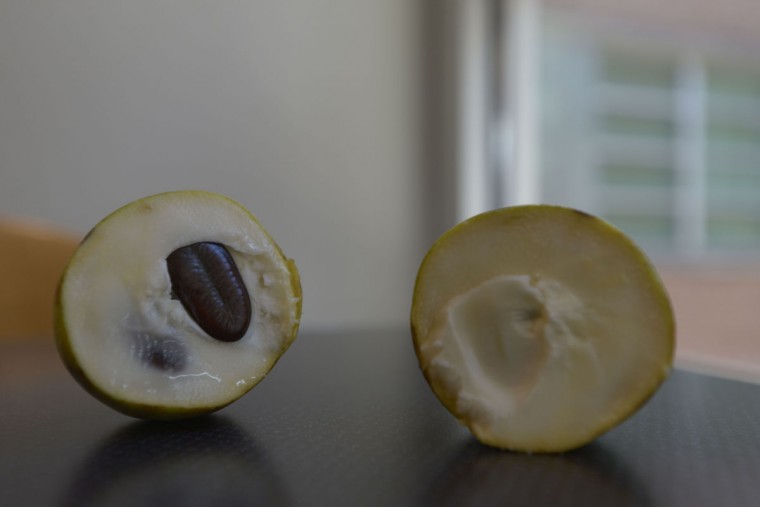 The inside of a pawpaw. (Christina Tkacik/Baltimore Sun) 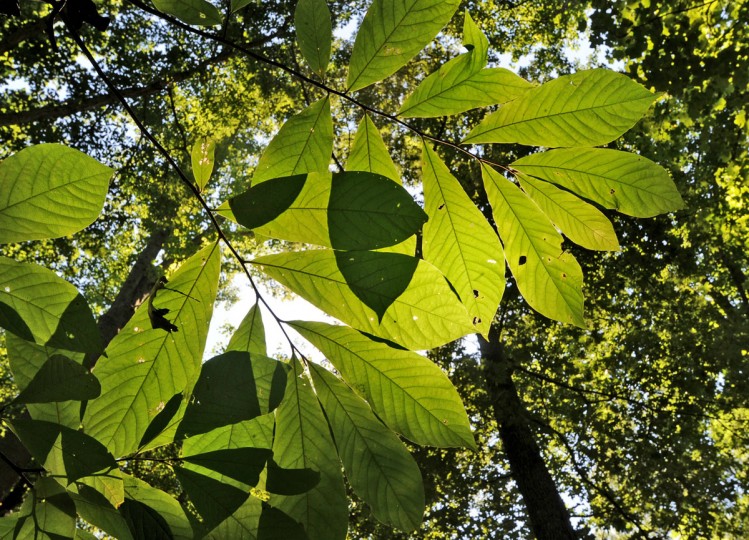 Paw Paw trees grow under the canopy at the Adkins Arboretum on the Eastern Shore. (Joshua McKerrow – The Capital) 7/28/11 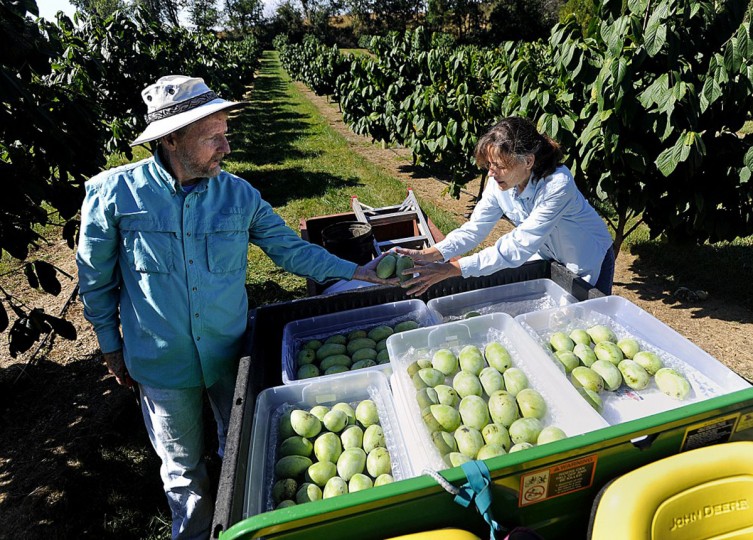 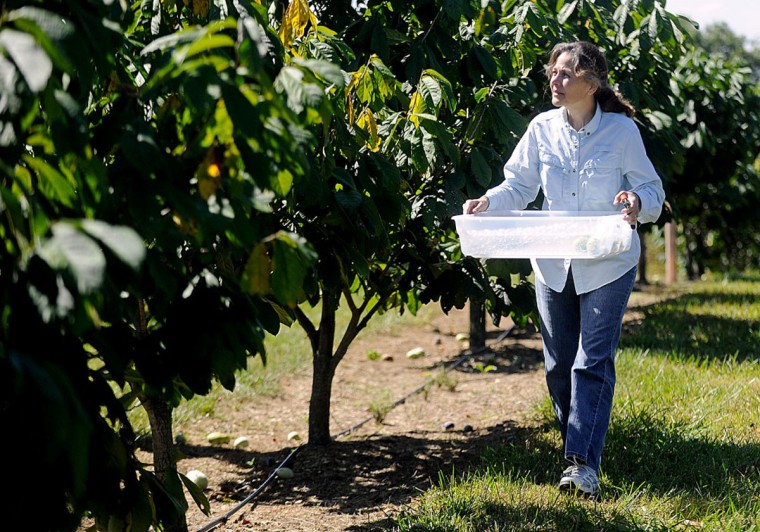 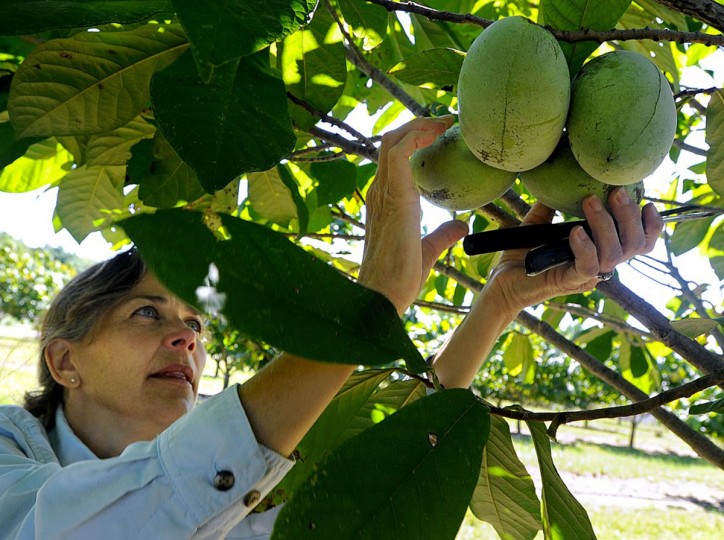 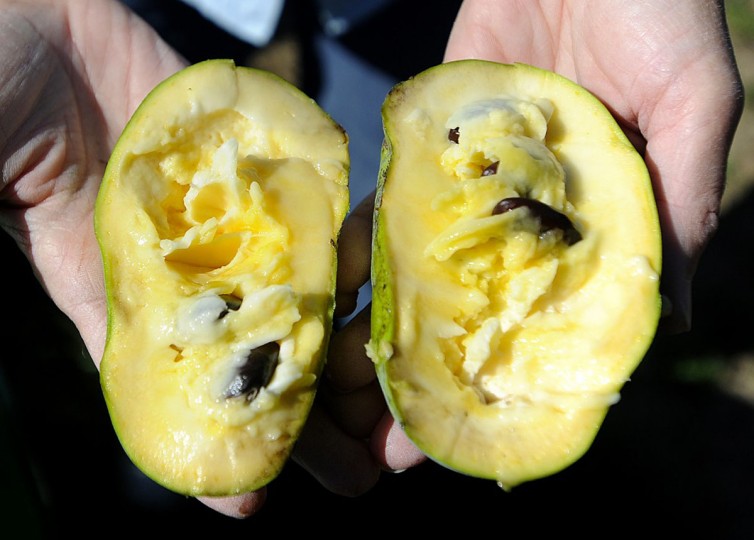 Inside of a pawpaw. (Dave Munch, Carroll County Times) 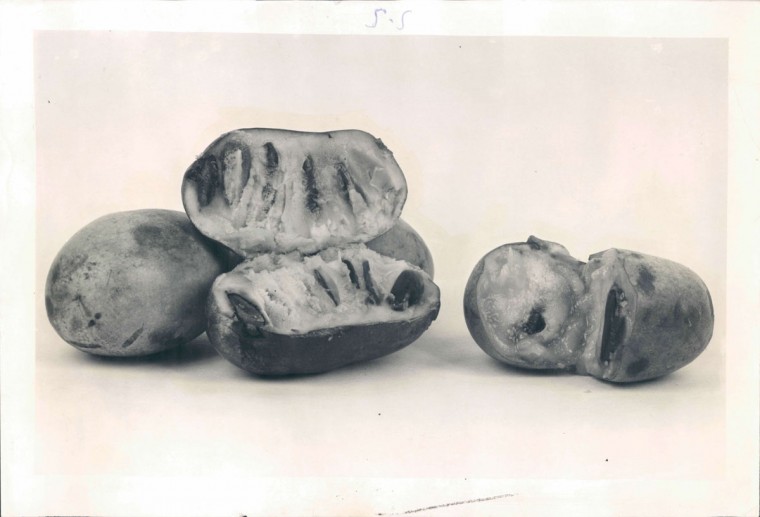 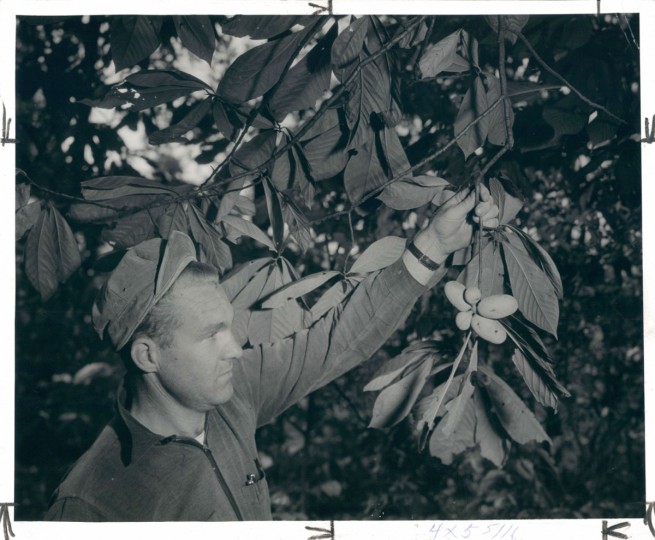 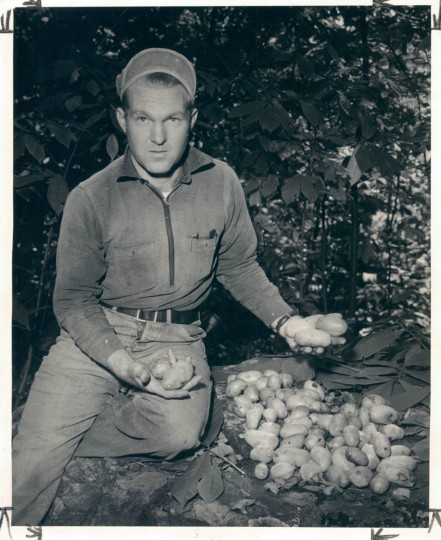 The pawpaw may be the least exotic fruit you’ve never heard of.

“You’re probably walking underneath the trees and don’t even realize it,” says Elisa Lane, owner of Two Boots Farm in Hampstead, Maryland. The fruit is native to North America used to be ubiquitous in the Maryland area. Lewis and Clark reportedly lived off little else for a few days during their famous expedition, and Thomas Jefferson and Mark Twain were pawpaw fans.

But Americans seem to have lost their appetite for pawpaws with the rise of the bananas and other imported fruits, Lane says. Over time, people began looking down on the locally grown pawpaws, which they deemed “the poor man’s banana.”

But, like crepes and other low-culture foods that have found cache in foodie circles, pawpaws are making a comeback. Lane has 120 pawpaw trees at Two Boots and sells the fruit at various farmers’ markets in Baltimore City. And there’s a few other growers: the Deep Run Pawpaw Orchard in Carroll County and Peterson Pawpaws in Harper’s Ferry, West Virginia.

Kutnick says pawpaws are popular in “permaculture” circles interested in growing sustainable food forests. Adding to the appeal is the fact pawpaws can grow in the understory of forests and don’t necessarily require much sunlight. Still, there may be some barriers to widespread sale. For one thing, they’re highly perishable — once harvested, the fruits have just about 7-10 days of shelf life. But that hasn’t stopped some local growers from shipping them to pawpaw fans worldwide.

“People are intense about them,” says Doron Kutnick, who calls himself Lane’s “farm husband.” He’s met people who have made pilgrimages out to the Pawpaw Festival in Hampstead, amazed at the thought of actually being able to taste this forgotten fruit. And the interest has grown over time. “It’s been exploding every year.”

And how do they taste?

“Pawpaw has a very unique flavor that you cant quite place,” says Kutnick. “People will approximate with somewhere between a banana and mango, but I think it’s a different thing altogether.”

This reporter thought they tasted a bit like an avocado, with seeds of a persimmon.