Three weeks before flood waters raged through the streets of historic Ellicott City, artists perched on its sidewalks and hillsides to paint what they saw, sights, it turned out, that in many cases may never look quite the same again.

Forming a unique composite of how the area appeared right before the disaster, the dozens of works created during the Howard County Arts Council‘s annual plein air paint out are also providing a means to help artists recover from it. 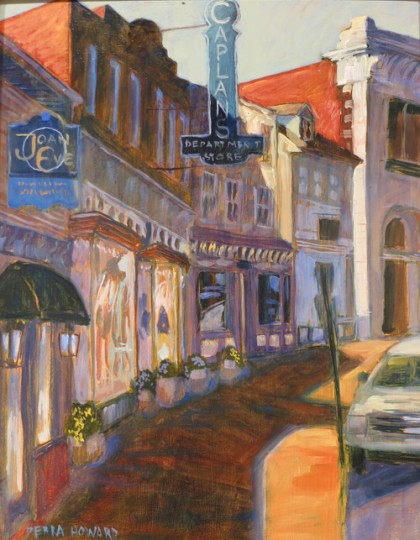 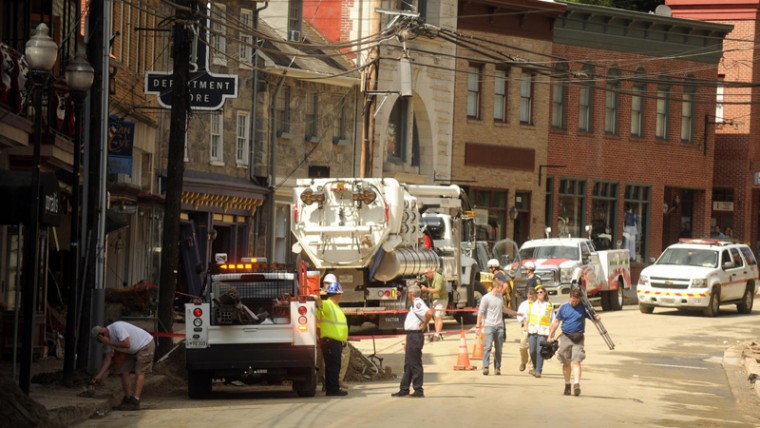 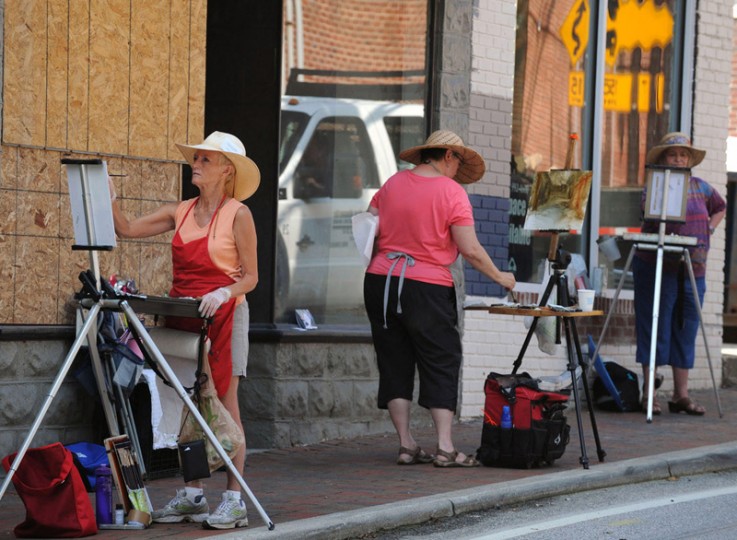 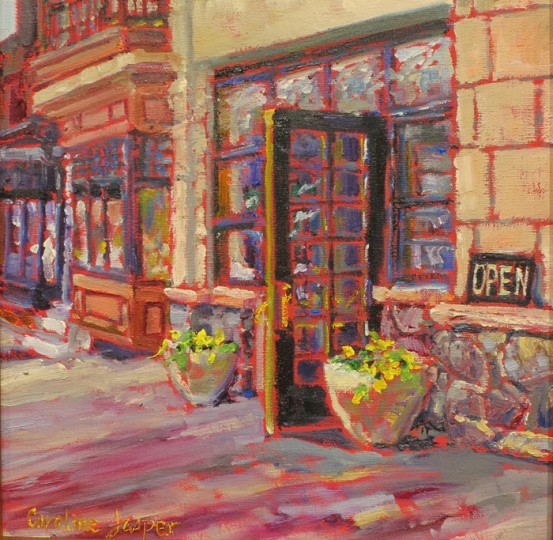 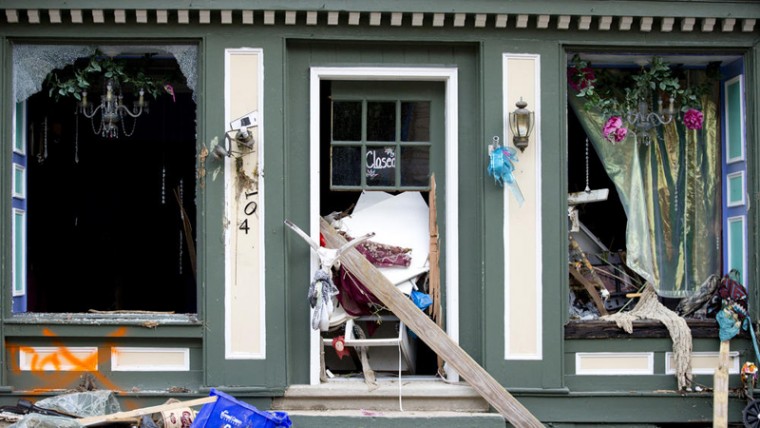 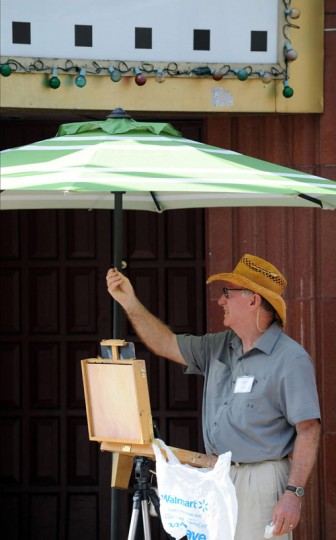 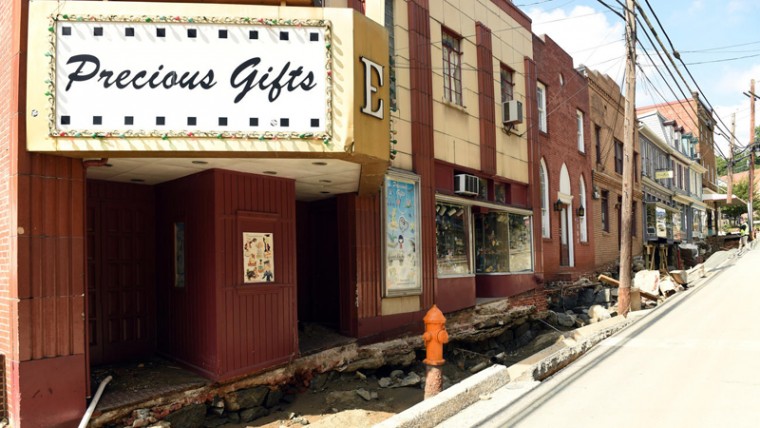 Precious Gifts, the collectibles store Ewing was painting in front of, is seen just over three weeks later on Aug. 3, an entire block of sidewalk washed away. (Brian Krista/Baltimore Sun Media Group) 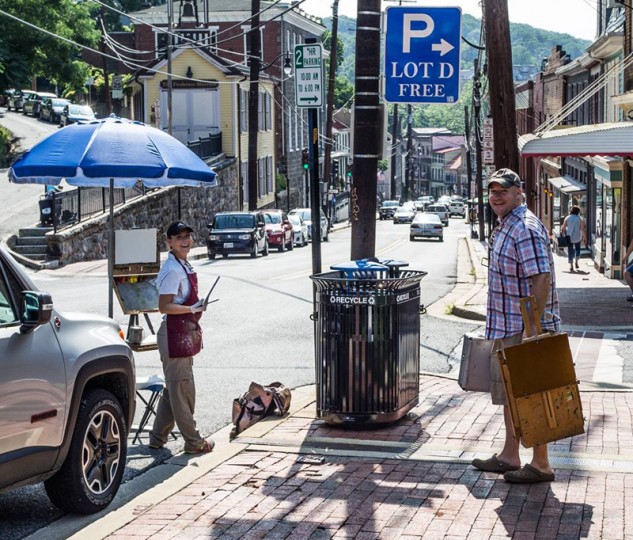 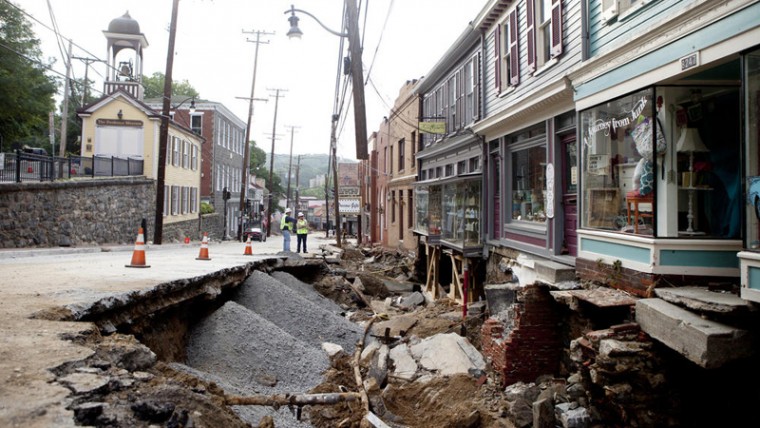 Road and sidewalk had totally given way in the 8200 block of Main Street. (Jen Rynda/Baltimore Sun Media Group) 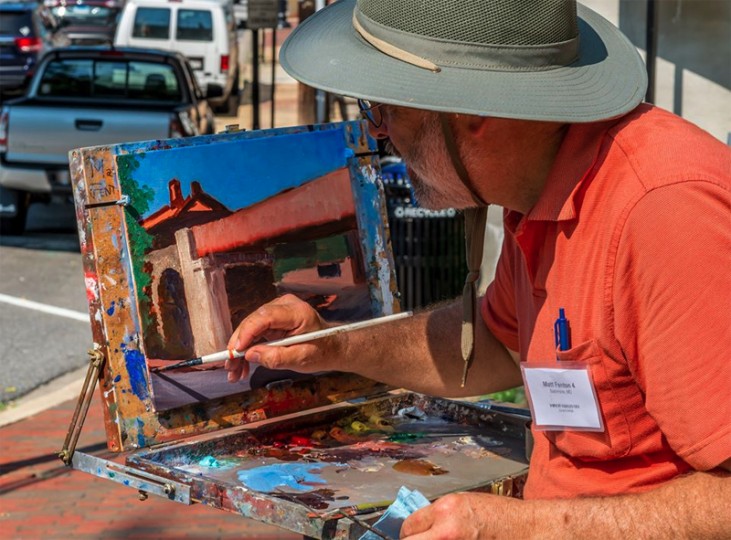 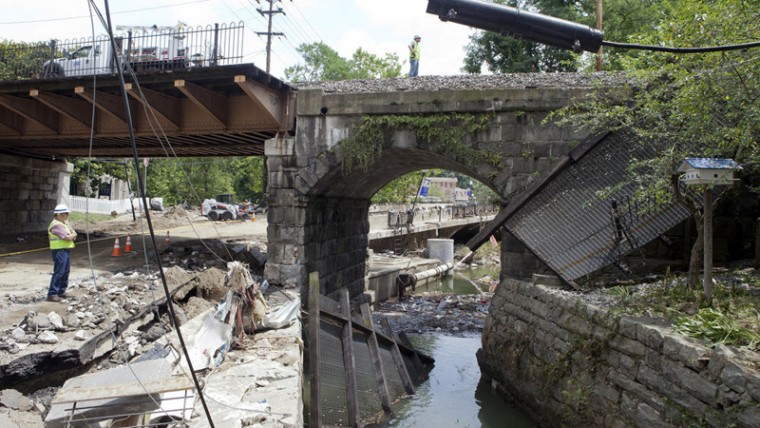 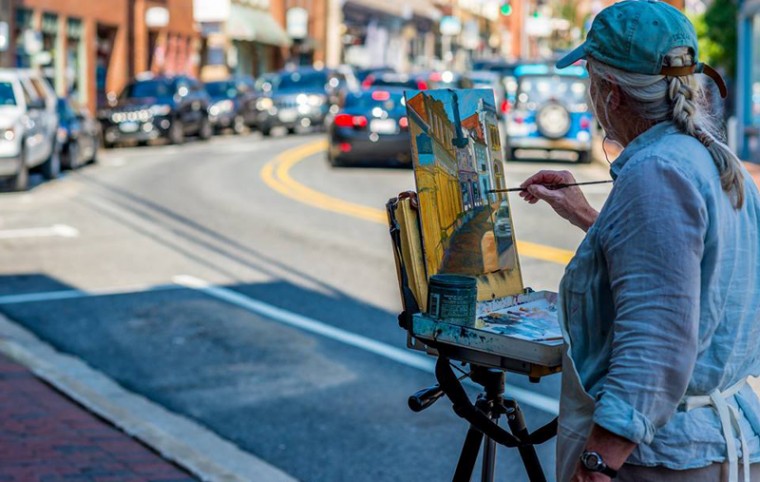 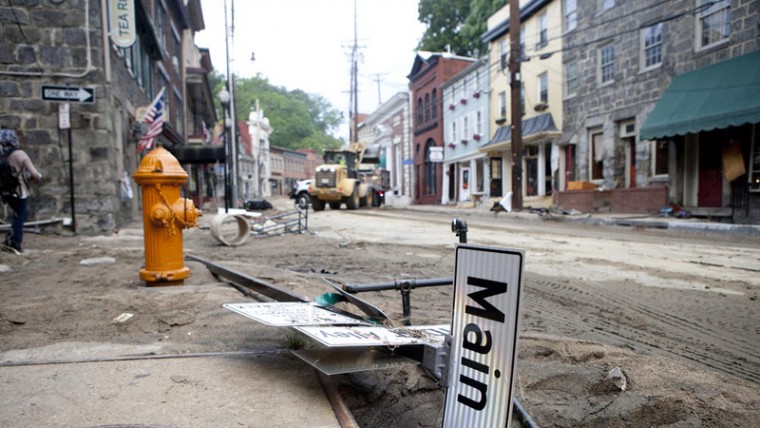 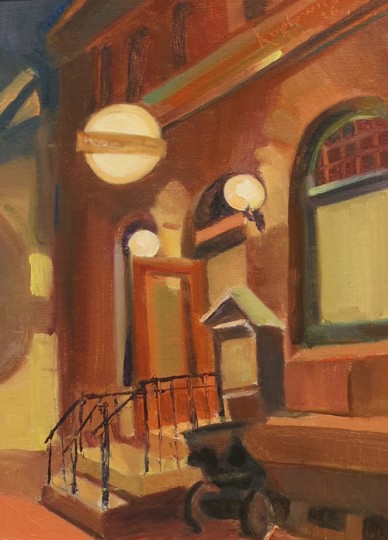 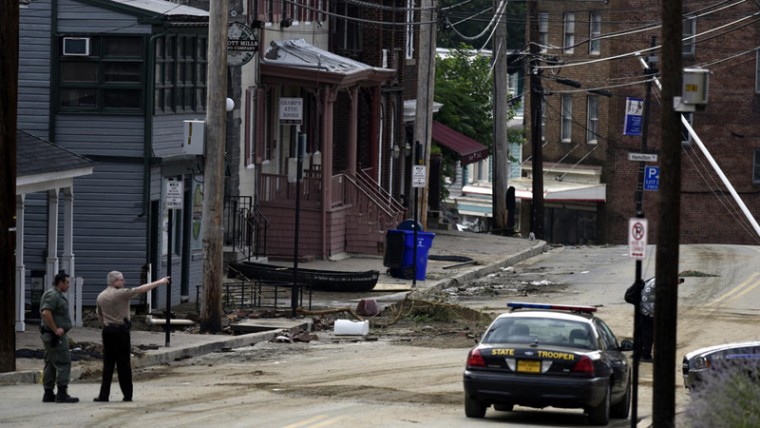 The brewpub and its block on Aug. 1, two days after the flood. (Barbara Haddock Taylor/Baltimore Sun) 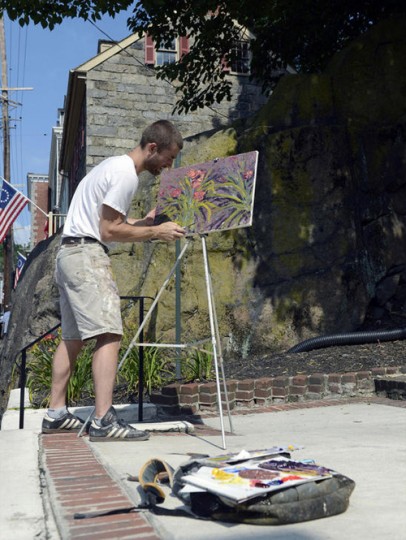 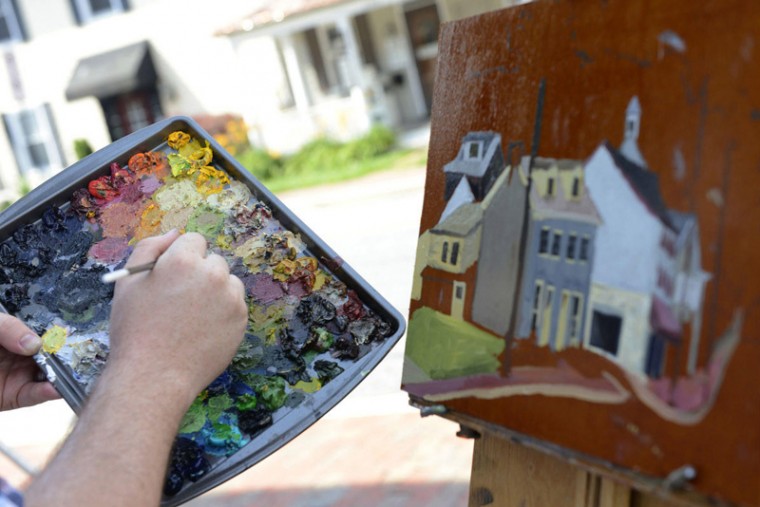 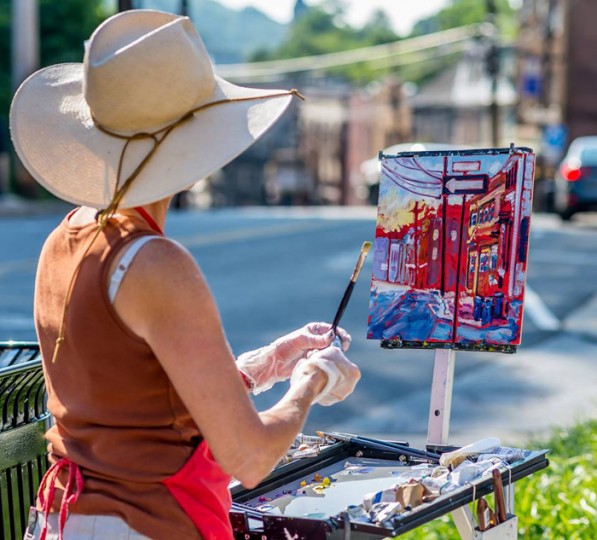 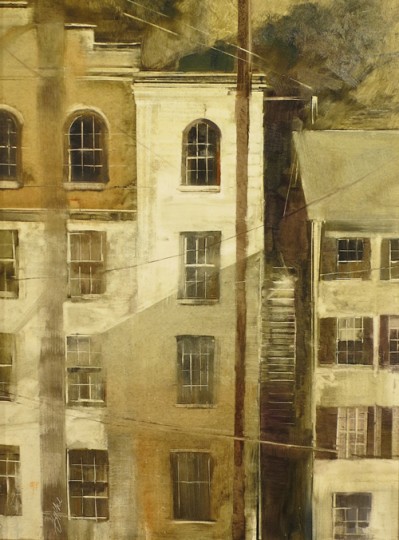 The council, whose galleries are two miles north of downtown, well out of the flood zone, is extending by six weeks its exhibit of juried works from the event, known as Paint It! Ellicott City, and will be donating its 20 percent commission on sales to a fund it established to support individual artists and non-profit arts organizations impacted by the flood. Executive director Coleen West said many artists have offered to donate their share as well. Commercial galleries are among Main Street businesses that were destroyed in the July 30 flash flood, she said.

“They’ve lost their body or work,” West said. “They can’t earn a living from the work that’s been lost.”

With access limited due to safety concerns, the council doesn’t know how the plein air festival’s non-juried pieces, displayed at a county tourism center on Main Street, made out in the flood. As Main Street rebuilds, any recovered will join the juried works in the council’s galleries, West said.