From the vault: Historic floods in Ellicott City, Maryland

Editor’s note: This article was originally posted in 2016, after Maryland Governor Larry Hogan declared a state of emergency in Ellicott City following heavy flooding. It flooded again May 27, 2018.

“It seems that Ellicott City has come in for an inordinate amount of disasters from floods, fires and railroad wrecks since its founding in 1772,” Fred Rasmussen wrote in The Sun in 2012. 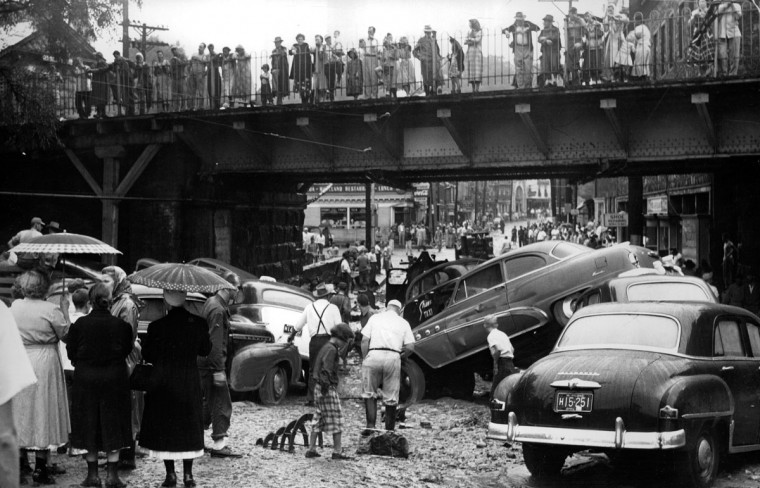 September 1, 1952-FLASH FLOOD DID THIS–Heavy rains brought by the hurricane produced a flash flood to Ellicott City which washed twenty-one cars down Main Street along with household furnishings and store merchandise. Here some of the cars are shown piled up near the depot yard at Main Street and Maryland Avenue. Photo by Sun photographer Frank A. Miller. 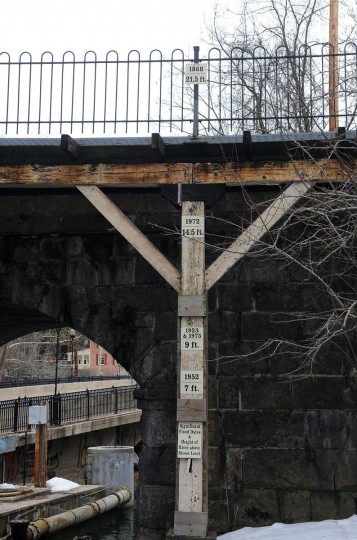 Ellicott City, MD–February 19, 2016–A support beam is marked with the heights of Patapsco river flood waters in Ellicott City over the years. The beam is located under the railroad tracks near the B&O Railroad Museum at the foot of Main Street. Photo by Barbara Haddock Taylor 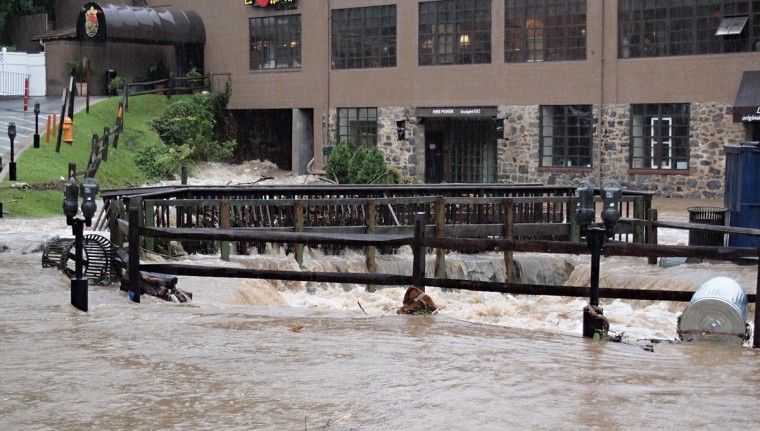 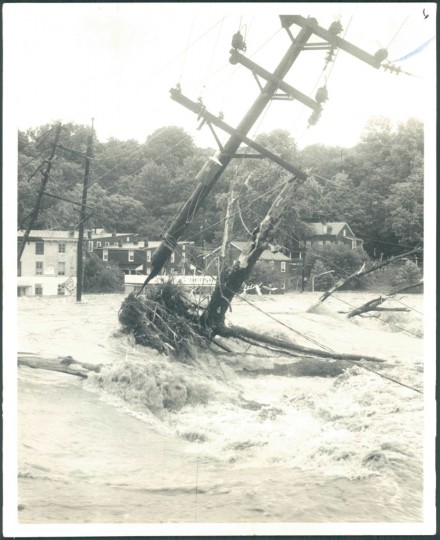 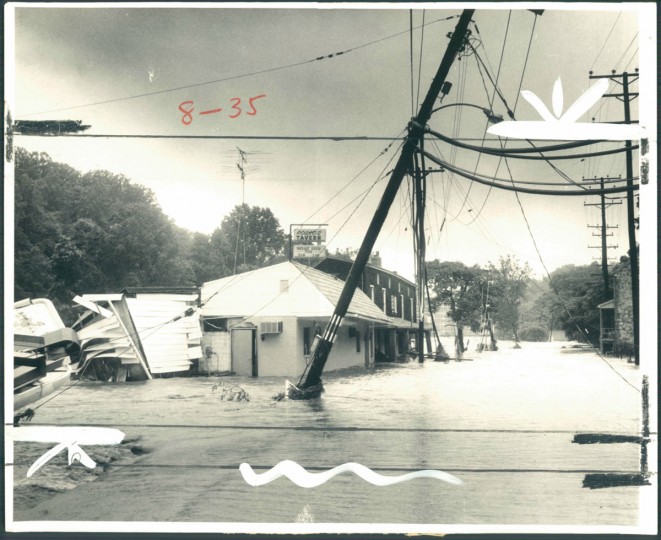 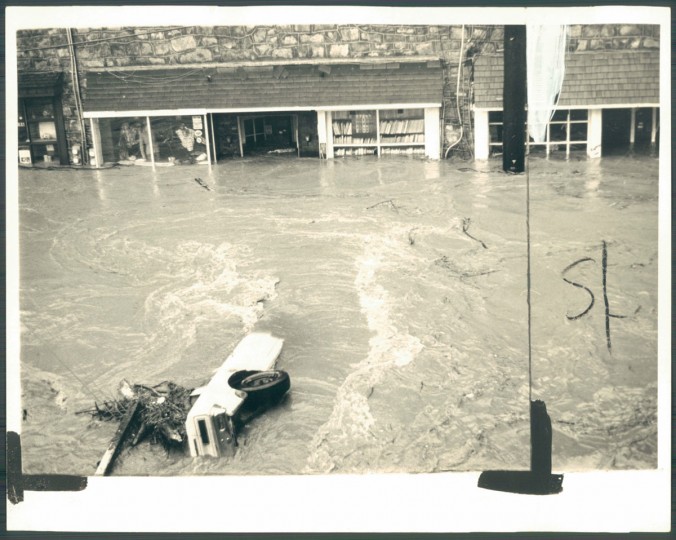 Ellicott City’s Main street is awash with floodwaters and debris including this car which was caught in the currents on the outskirts of town near the Frederick road bridge. September 27, 1975. 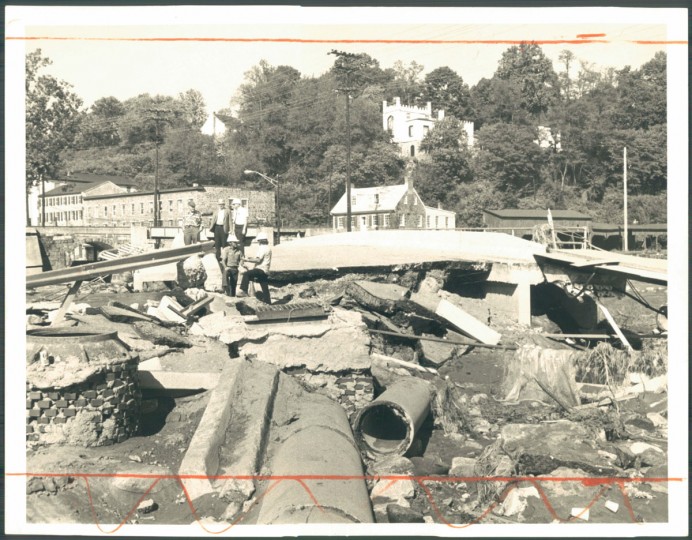 September 30, 1975: Bridges are out again, merchandise is ruined and the town is generally waterlogged after flooding, but Ellicott City already it starting to get it together again. (DiPaola/Baltimore Sun) 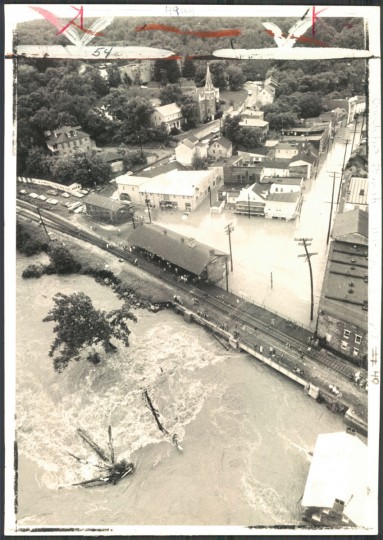 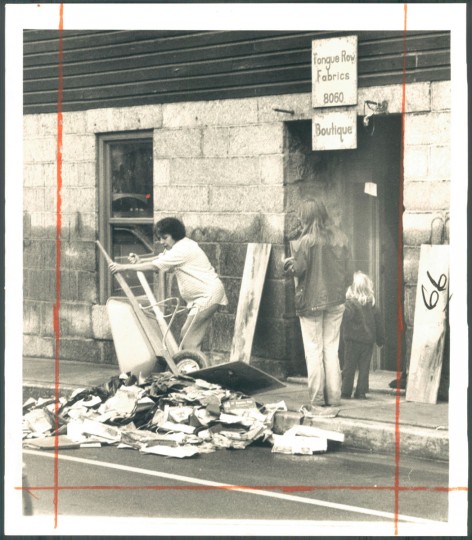 Ellicott City’s shopkeepers were still cleaning up debris from 1972’s Hurricane Agnes when they were hit by Hurricane Eloise in 1975. (Pearson/Baltimore Sun) 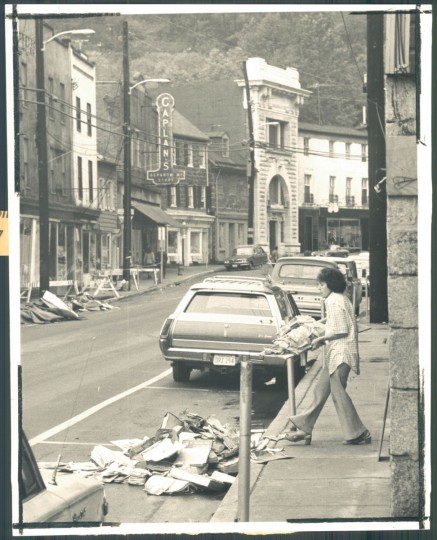 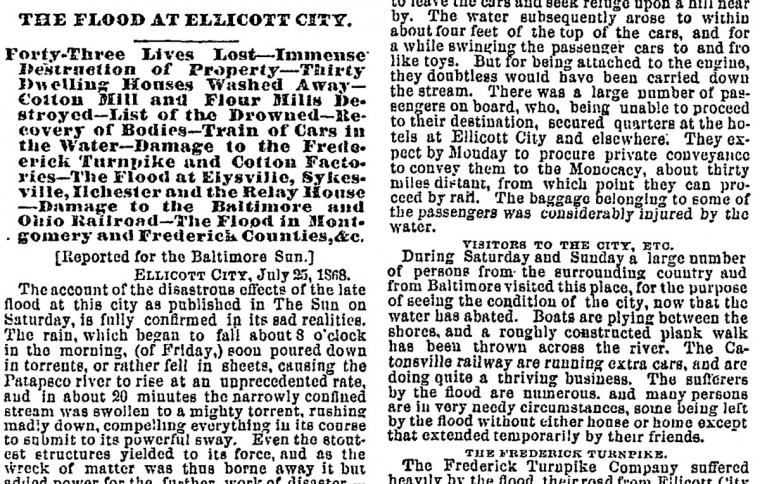 The Sun’s report following the damaging 1868 flood that killed 43 people.

The earliest — and by far the worst — flood we have record for happened in 1868, when the Patapsco River flooded over 20 feet, killing 43 people.

“The sufferers by the flood are very numerous,” The Sun reported on July 27, 1868, three days after the flood had struck. “Many persons are in very needy circumstances, some being left by the flood without either house or home except that extended temporarily by their friends.” Among the harrowing sights observed, the correspondent recorded that a mother was found, still holding her infant tightly to her chest, “though both were hushed in death.”

1868 was certainly the most devastating flood to take place, both in river level rise and in fatalities, however others followed in 1901, 1917, 1938, 1942 and 2011. Additionally, hurricanes have buffeted Ellicott City, causing serious damage in 1972.

A 1984 Sun editorial remarked on the town’s resilience in the face of floods and fires. “The town’s special charm lies in wear-and-tear, in improvisation over the decades, in workaday flavor more comparable to what might be found in a none too prosperous Old World community.” As a result, on the occasion of its most recent tragedy, The Sun expected, “Just as Ellicott City recovered from floods in 1868, 1901, 1917, 1942, 1972, and from fires in 1915, 1923, and 1941 (two), it will rebound from this latest setback.”

On the 40th anniversary of Hurricane Agnes, The Sun’s Kevin Rector wrote that the town had increased their flood preparedness, implementing a flood warning system and making basic changes such as prohibiting construction in flood-prone areas.