In 1816, Baltimore became the first city in the United States to install gas street lamps, which allowed Baltimoreans to go about their business past nightfall. In 2016, Light City Baltimore is celebrating Baltimore’s legacy of light with installations and activities throughout the city. We’re opening the Sun’s archives to take a look back at the gas lamps of history — the last were lit in 1957. 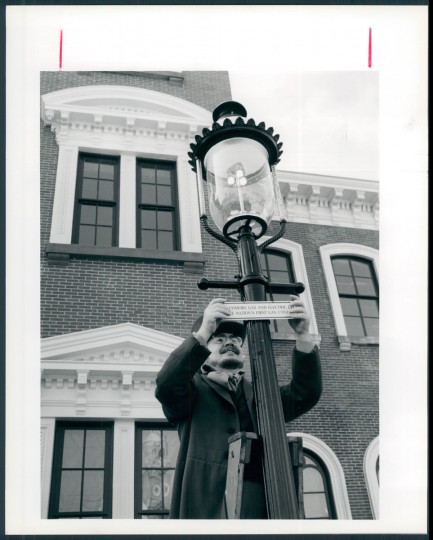 March 11, 1992: Barrie Cowden is dressed in a period costume of a lamplighter in the late 1800 s as he places a plaque on one of the original Welsbach three mantled Victorial Boulevard style lamps with original eight foot Baltimore fluted poles. Lamps like this were common in Baltimore from 1867 to 1957. Photo by Barbara Haddock for The Baltimore Sun. 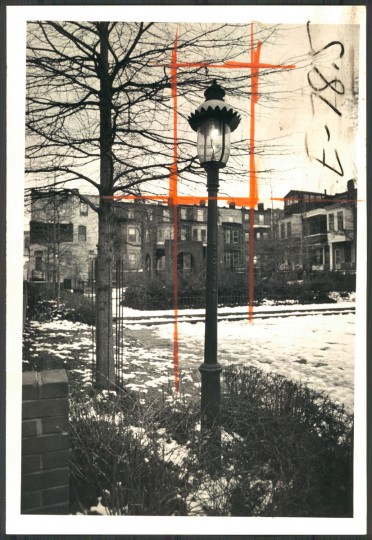 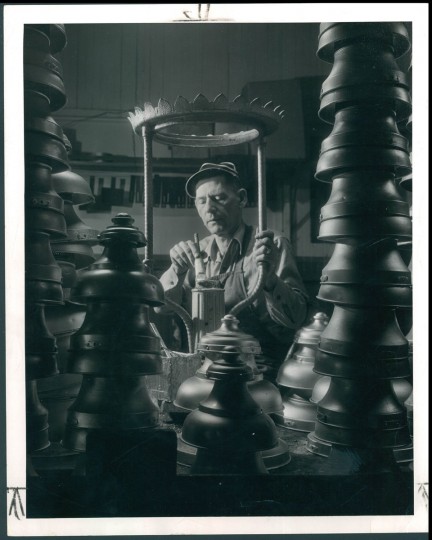 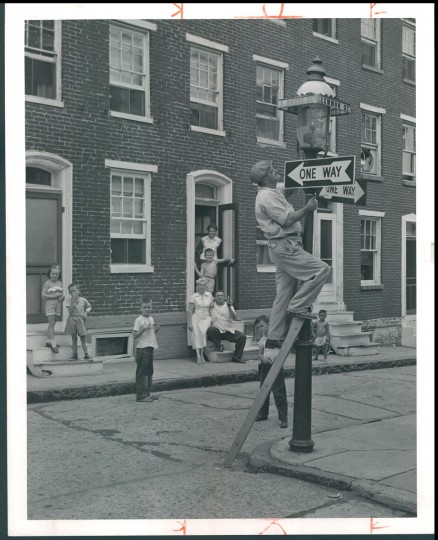 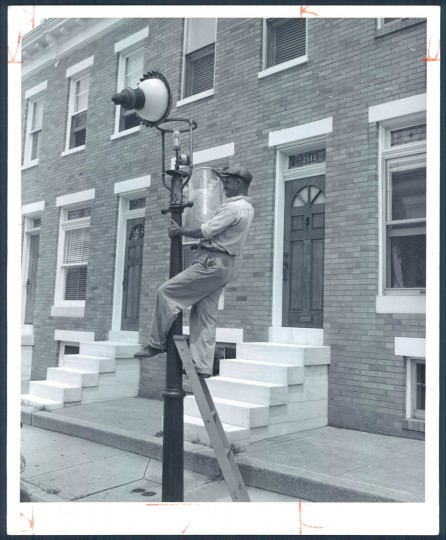 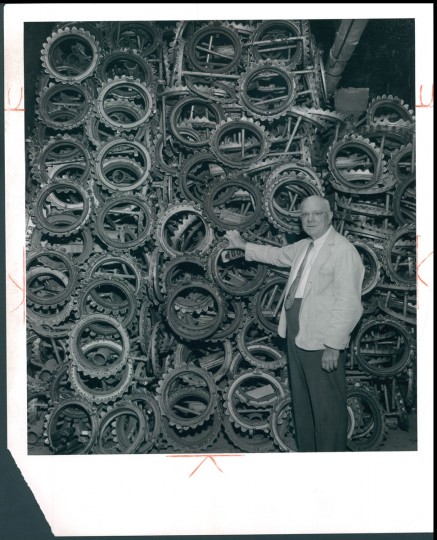 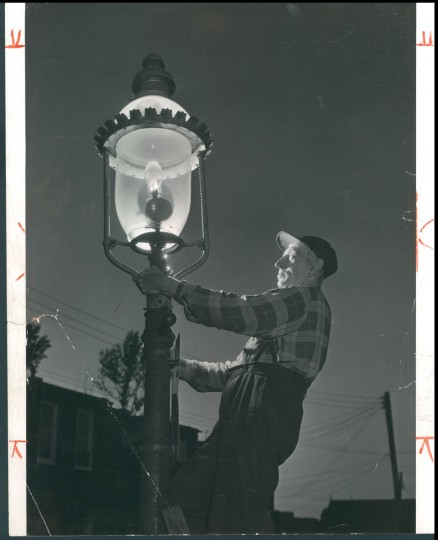 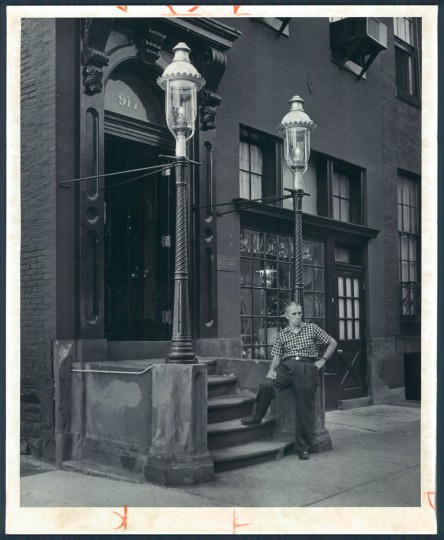 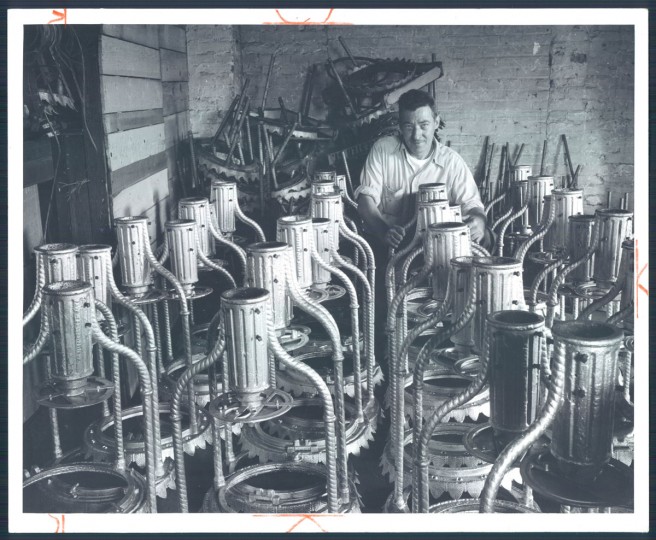 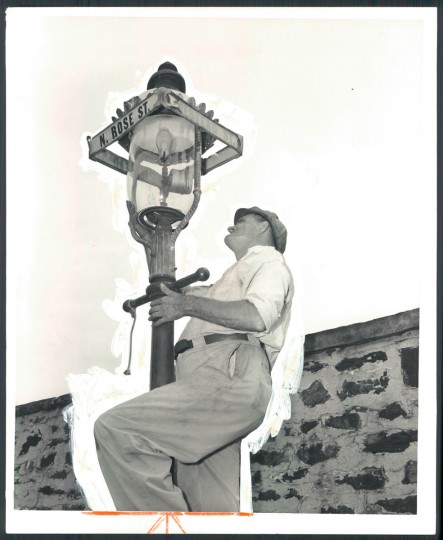 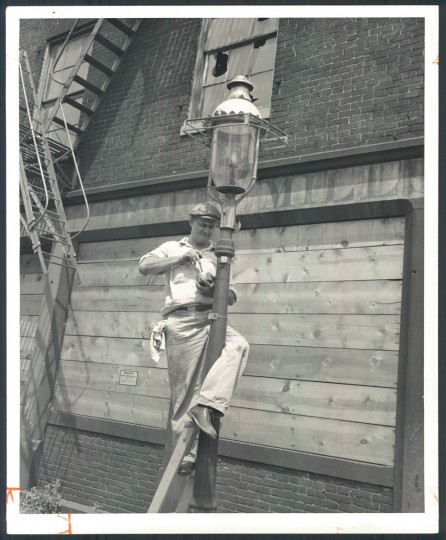 Gas lamps on August 4, 1957. The lamp at Fawn and Stemmers Alley was the last to be removed in Baltimore. (Bodine). 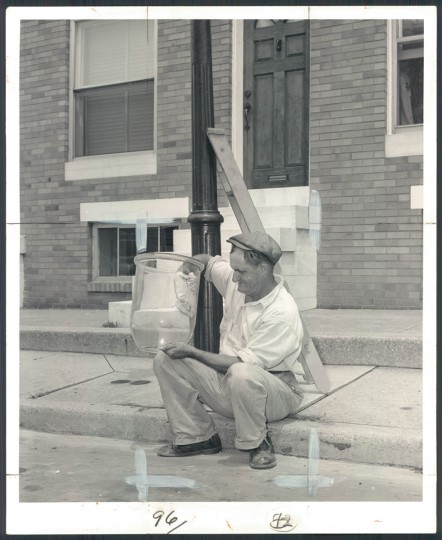