Inside the precincts of the Iowa caucuses

Iowans defending their place at the front of presidential nominating cycle like to say that the state’s relatively low population and intimate voting process let voters talk to candidates and each other face-to-face, resulting in a thorough vetting of the hopefuls and issues that the rest of the country benefits from. Whether you agree with that or not, the caucuses, which involve speechifying on behalf of candidates, and, on the Democratic side, cajoling to woo or hold onto supporters, are a spectacle unlike most of us are accustomed to seeing on Election Day. 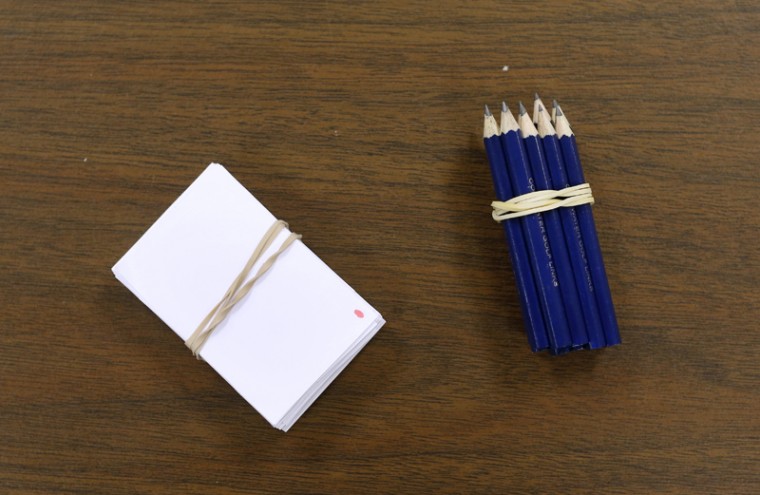 Slips of paper and pencils to be used by voters to select their candidates sit on a table before a Republican party caucus in Nevada, Iowa, on Monday. (Patrick Semansky/AP) 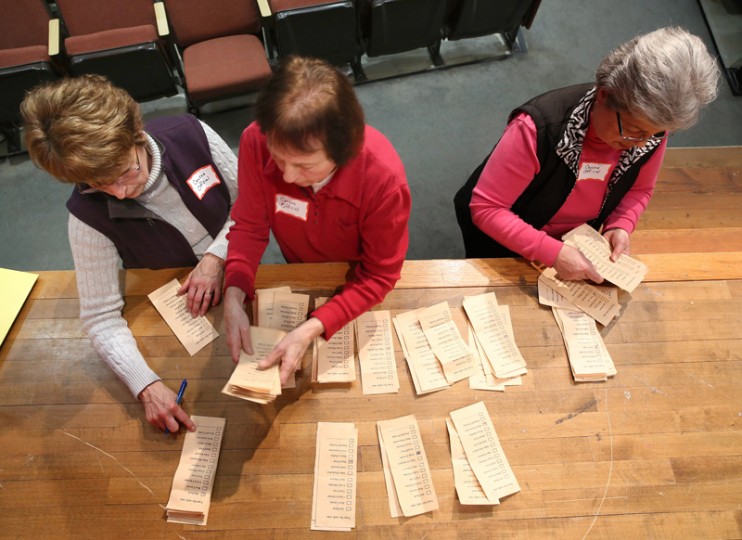 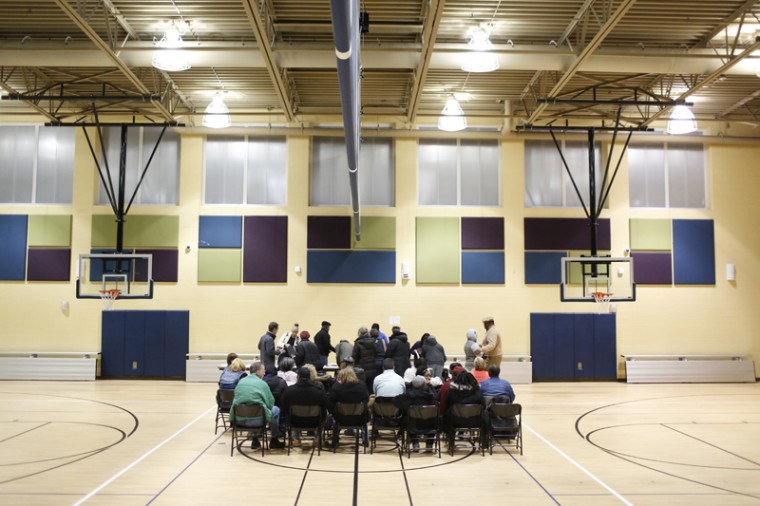 Democrats get checked in for a caucus at Highland Elementary on Monday in Waterloo, Iowa. (Matthew Putney/The Courier via AP) 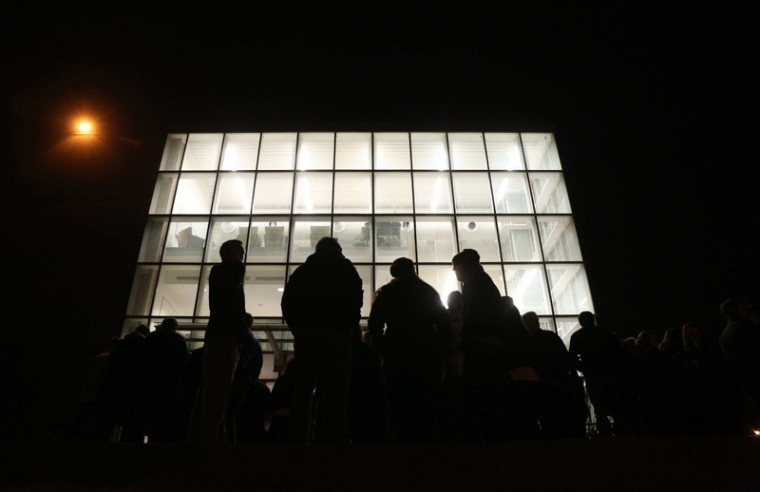 Caucus-goers line up outside of Olin Hall at Drake University in Des Moines, Iowa, on Monday. (Bryon Houlgrave/The Des Moines Register via AP) 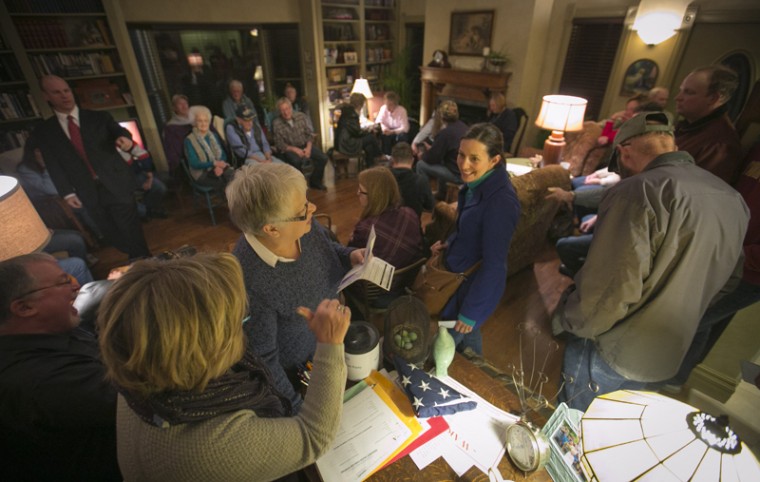 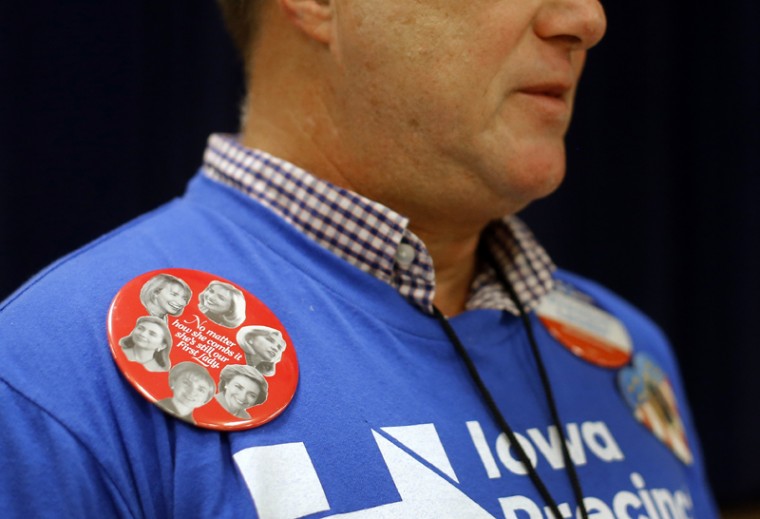 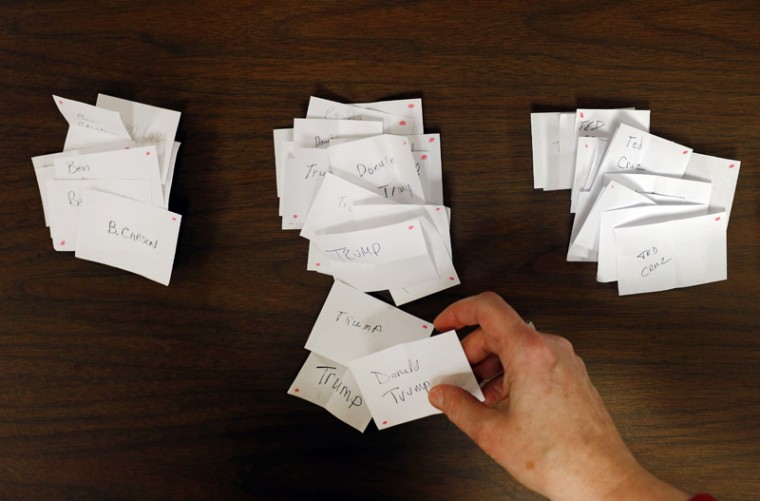 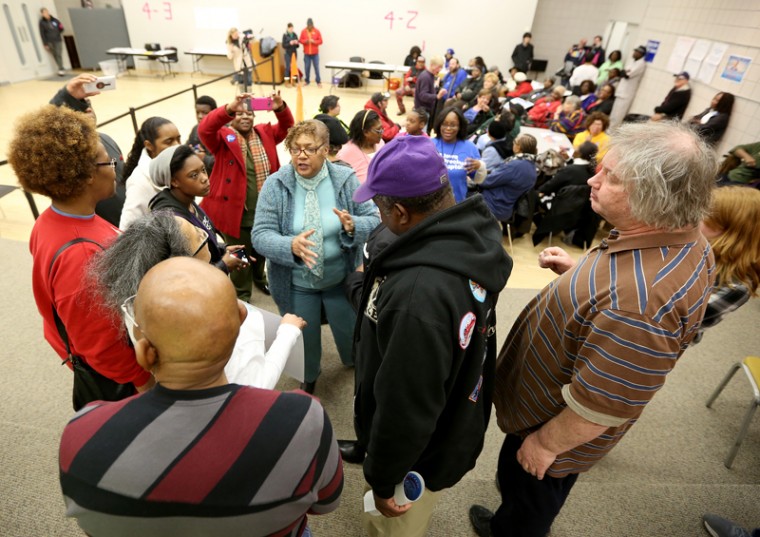 Beverly A. Cosby explains the viability threshold for candidates at the Waterloo Center for the Arts during a caucus in Waterloo, Iowa, on Monday. (Brandon Pollock/The Courier via AP) 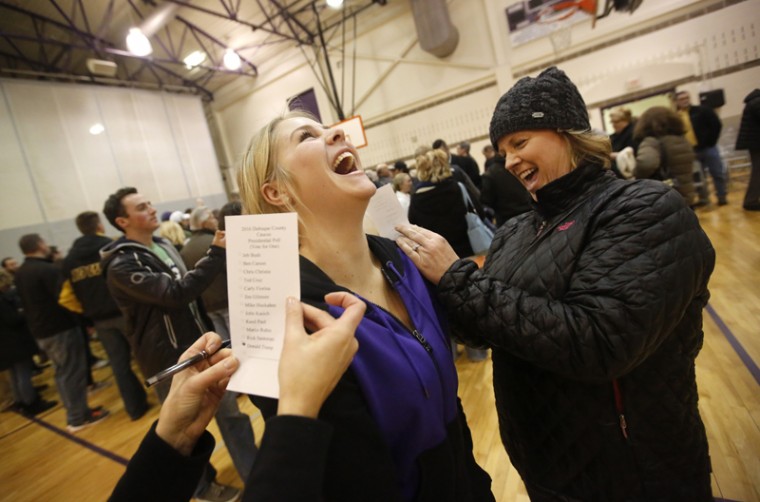 Kassidy Reis, center, serves as a writing surface for Kerri Reis, mother, and Rachel Reeg, friend, as they participate in a caucus at Eleanor Roosevelt Middle School, in Dubuque, Iowa, on Monday. (Mike Burley/Telegraph Herald via AP)

A sign directs voters to a caucus site on Monday in Silver City, Iowa. (Dave Weaver/AP) 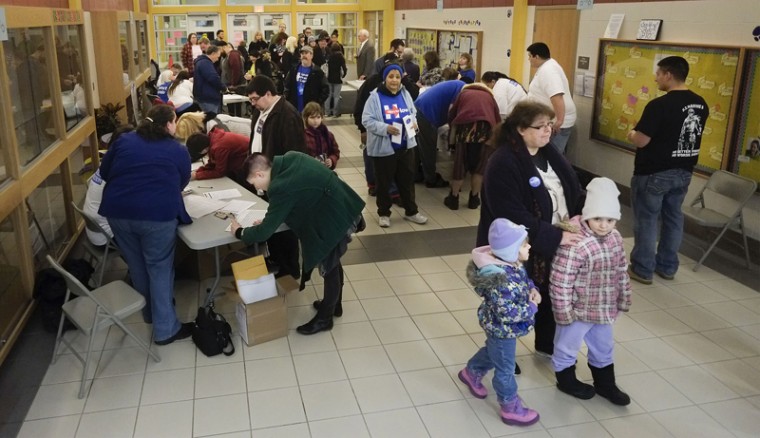 Voters arrive and sign in and register to caucus in the Woodbury County Democrat Precincts 13, 15, 21 and 23 at Spaulding Elementary School in Sioux City, Iowa, on Monday.(Jerry Mennenga/Zuma Press/TNS) 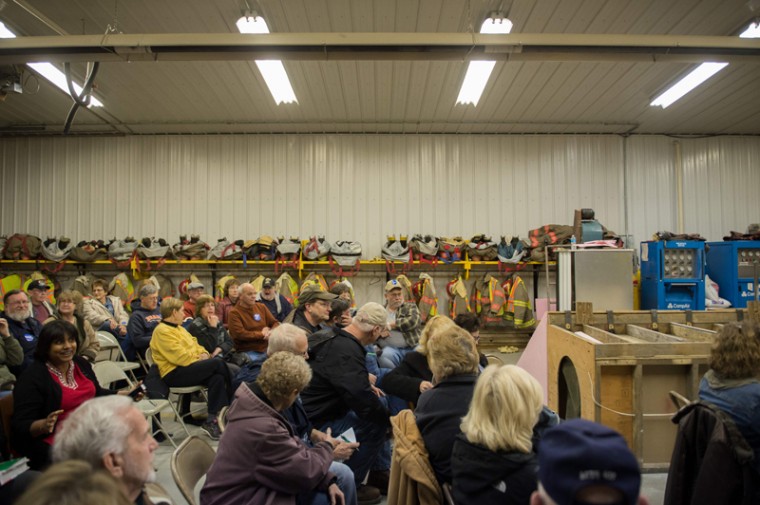 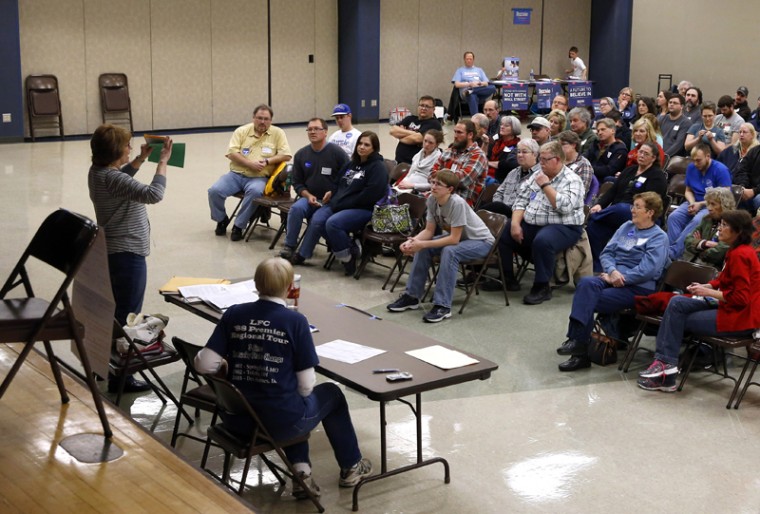 Voters listen to instructions during a Democratic party caucus in Nevada, Iowa, on Monday. (Patrick Semansky/AP) 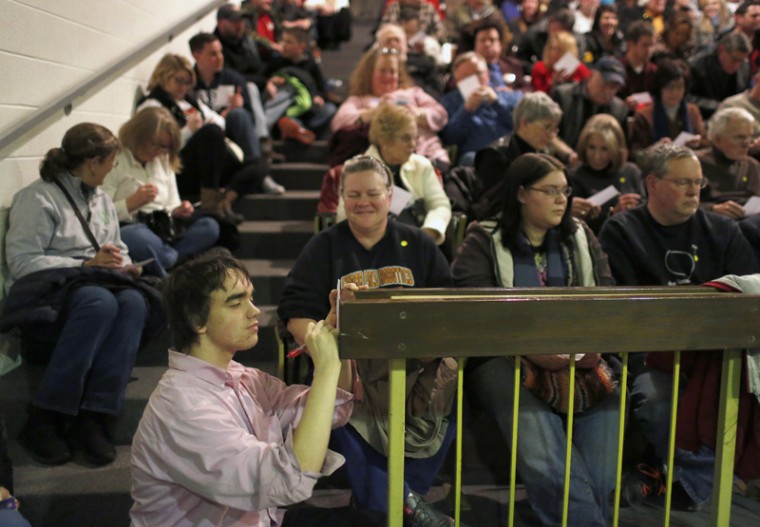 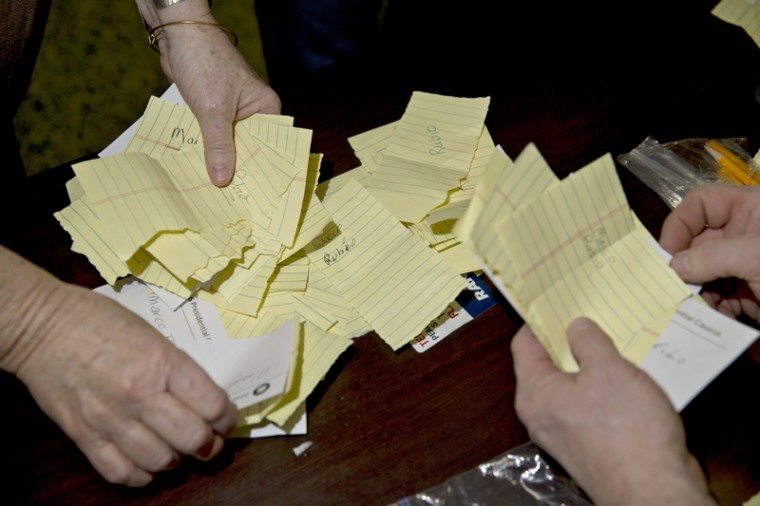 Paper ballots for Sen. Marco Rubio, a Republican from Florida and 2016 presidential candidate, are organized during the first-in-the-nation Iowa caucus in the Brody Middle School cafeteria in Des Moines, Iowa, on Monday. (Andrew Harrer/Bloomberg)