Since financially struggling Flint, Michigan, changed its water source without adding a chemical to control corrosion, residents have been unhappy with the water’s smell, taste and appearance, and have reported rashes, hair loss and other ailments. One activist, Melissa Mays, told the Detroit News she loved the city despite its economic troubles, tied to the loss of auto industry jobs, but with her three sons suffering a bevy of medical problems they believe are linked to the water, she now wants to leave, if she can sell her home. “Trapped is a pretty decent word,” she said. 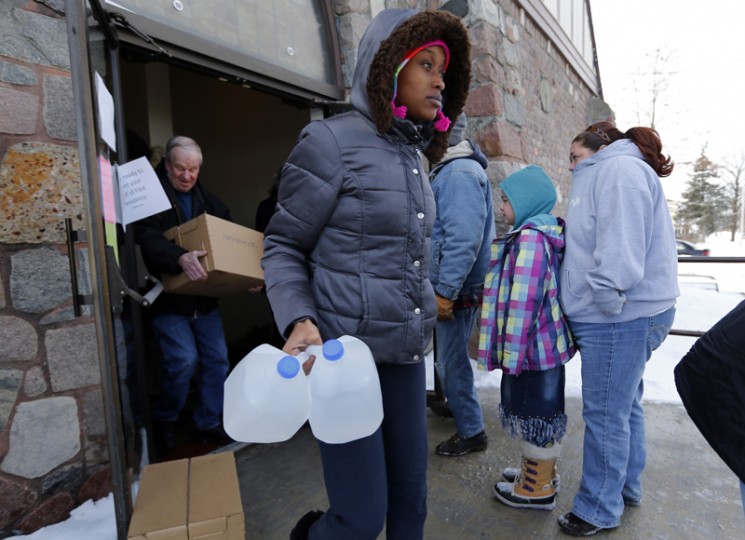 In this Feb. 3, 2015, photo, Genetha Campbell carries free water being distributed at the Lincoln Park United Methodist Church in Flint, Mich. Since the financially struggling city broke away from the Detroit water system in April 2014, residents have been unhappy with the smell, taste and appearance of water from the city’s river as they await the completion of a pipe to Lake Huron. They also have raised health concerns, reporting rashes, hair loss and other problems. A General Motors plant stopped using the water, saying it was rusting its parts. (Paul Sancya/AP) 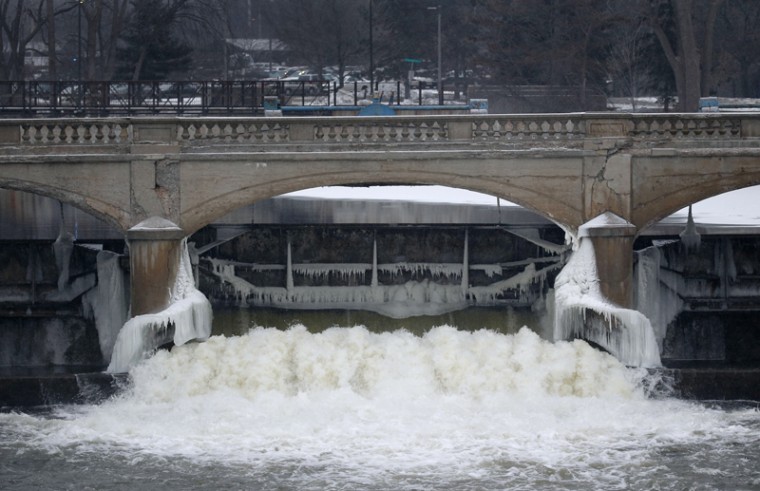 Water from the Flint River flows through the Hamilton Dam near downtown Flint, Mich., on Jan. 21. As a part of efforts to get the city’s finances in line, its water source was changed in April 2014, from a supply treated in Detroit and piped to Flint, to Flint River water treated and disseminated locally. It wasn’t long before residents began complaining of yellow and brown water from their taps, along with an unpleasant taste and smell. People began seeing rashes on their skin and clumps of hair falling from their heads. Workers at a remaining GM plant found their parts were corroding. (Paul Sancya/AP) 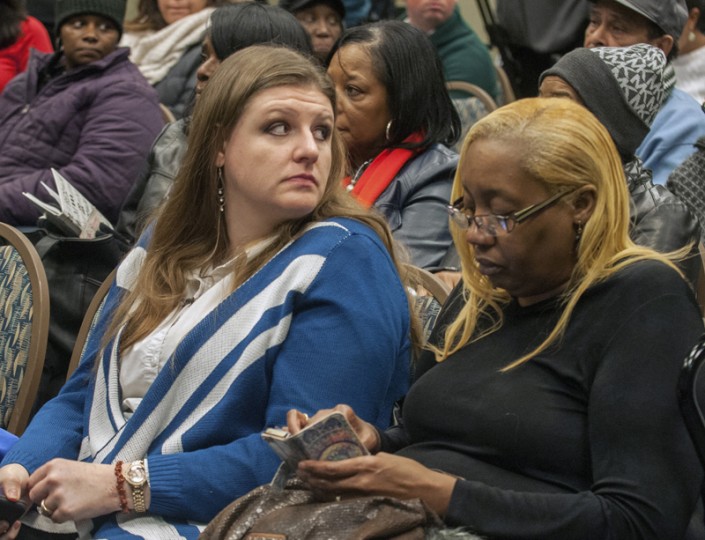 Flint residents and activists Melissa Mays, left, and Rhonda Kelso attend a news conference in Flint, Mich., on Jan. 19, 2016. Gov. Rick Snyder is the target of two class-action lawsuits filed by Flint residents over the state’s handling of the city’s water crisis. Mays fell in love with Flint after moving to the city in 2001. But after she and her three sons began suffering a bevy of medical problems they believe are linked to the water, she is ready to bid Flint goodbye, if only anyone would want to buy her home. “Trapped is a pretty decent word,” she says. (John M. Galloway/Detroit News via AP) 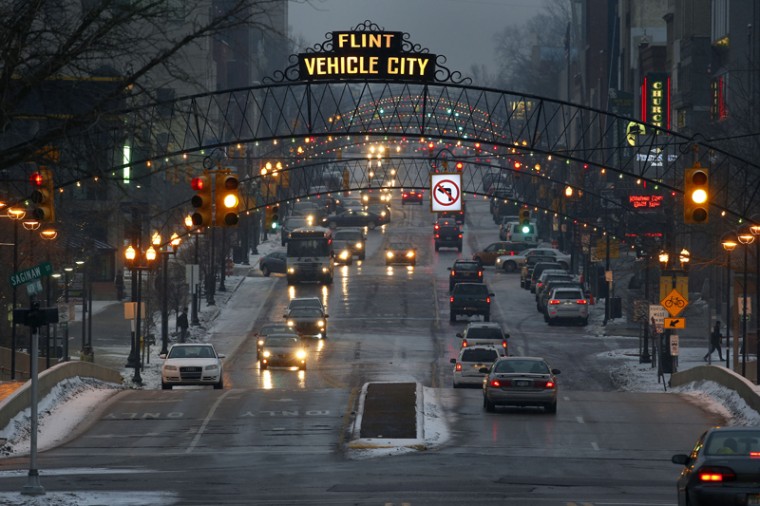 Vehicles drive through downtown Flint, Mich., on Jan. 21, 2016. From its founding, Flint’s fortunes essentially were entwined with a single industry. First it was the fur trade, which shifted to lumber, which gave way to the horse carriages that led to it being called Vehicle City. It was a fitting moniker for its next, most important role, as a powerhouse of auto manufacturing and the original home of General Motors. (Paul Sancya/AP) 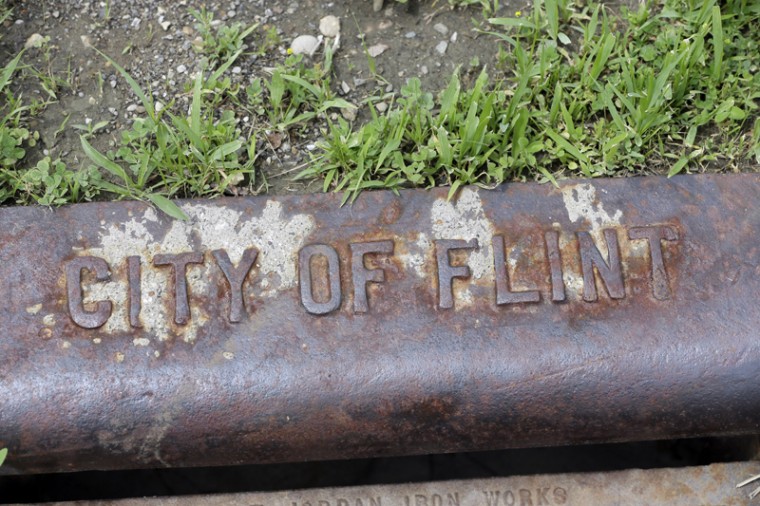 This June 12, 2014, file photo shows a storm drain on the west side of Flint, Mich. The oil crisis of the 1970s and corporate cost-cutting in the 1980s and beyond led to the decimation of manufacturing jobs in the city. Its population plummeted; crime soared along with unemployment. (Carlos Osorio/AP) 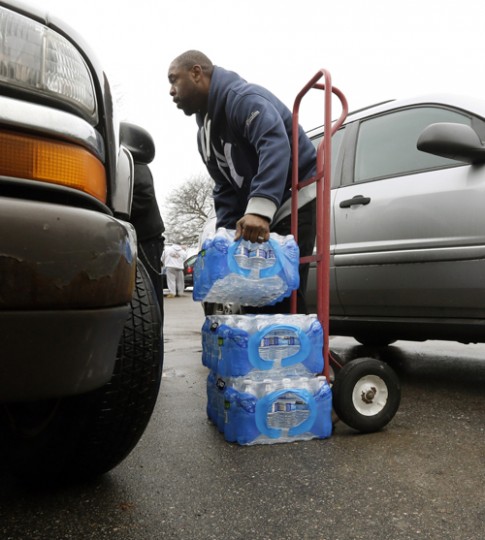 Salvation Army volunteer Aaron Seymour helps load a vehicle with bottled water in Flint, Mich., on Jan. 26. On top of millions of dollars in pledged governmental aid, faith-based and nonprofit organizations, companies large and small, the rich and famous, and many other individuals all have targeted Flint for significant charitable giving in the form of money and millions of bottles of water. (Carlos Osorio/AP) 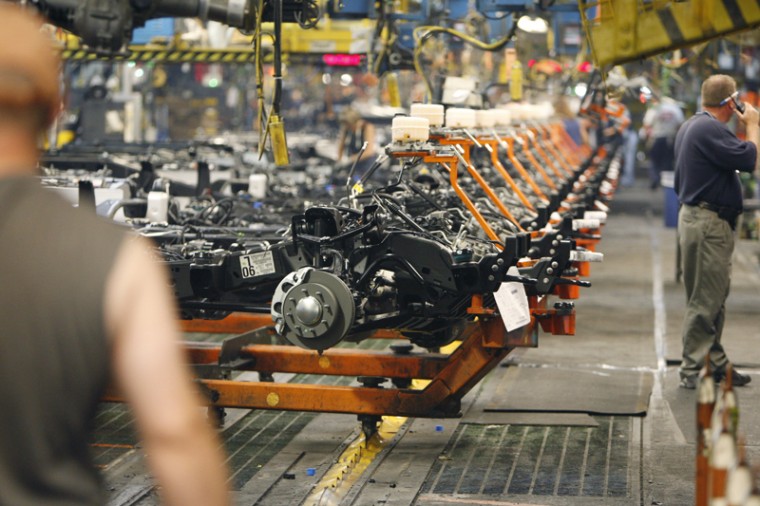 In this June 23, 2010, file photo, chassis for the 2011 GMC Sierra are assembled at the Flint Assembly in Flint, Mich. (Carlos Osorio/AP) 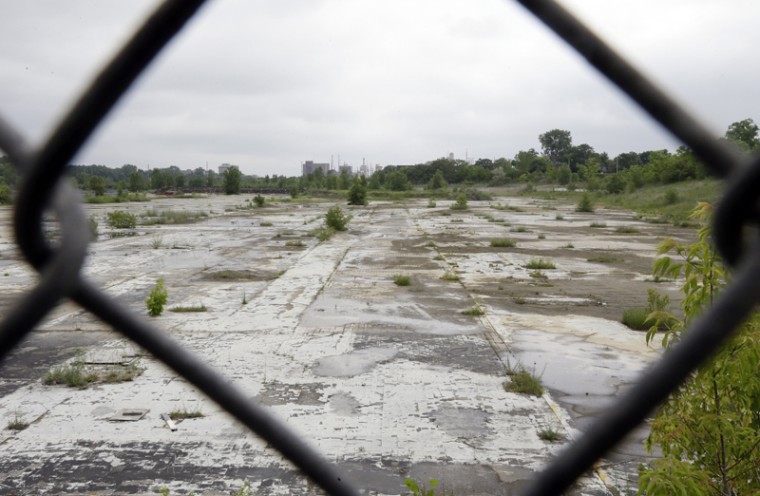 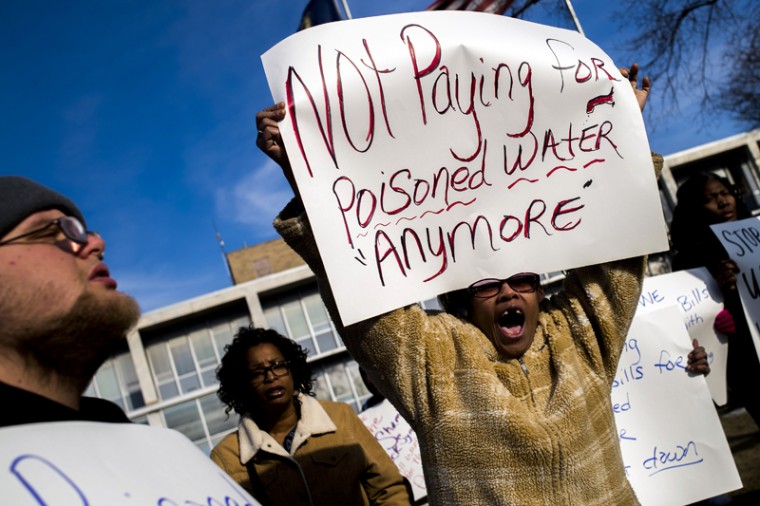 Flint resident Angela Hickmon, 56, chants during a protest outside City Hall in downtown Flint, Mich., on Jan. 25. Michigan’s attorney general named a former prosecutor on Monday to spearhead an investigation into the process that left Flint’s drinking water tainted with lead, though Democrats questioned whether the special counsel would be impartial. (Jake May/The Flint Journal-MLive.com via AP) 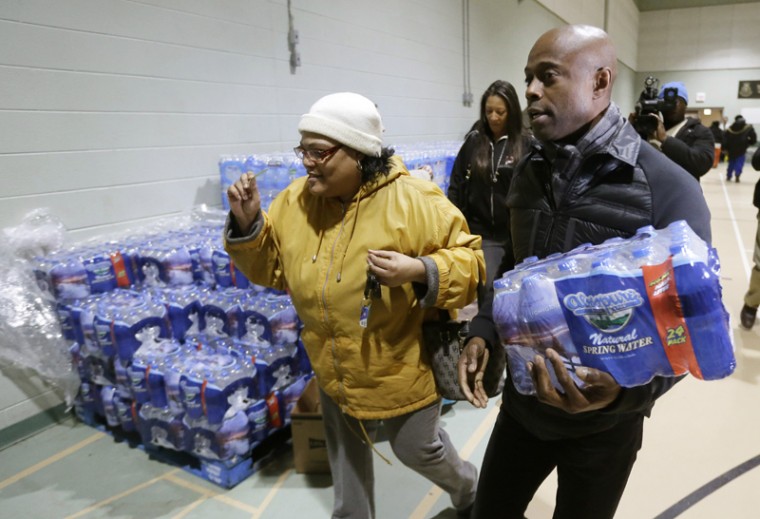 R&B singer Kem helps Mwamini Wallace carry bottled water to her vehicle in Flint, Mich., on Jan. 26. Kem donated $10,000 to the Salvation Army to aid efforts to provide bottled water to residents in the city where drinking water has been contaminated by lead. (Carlos Osorio/AP)