The face constantly communicates with others whether or not the owner realizes it. Sometimes the face is thought of as a mask — a poker face — but usually it conveys non-verbal communication signals to others, rarely belies the true emotions underneath. It often falls out of control of the owner. 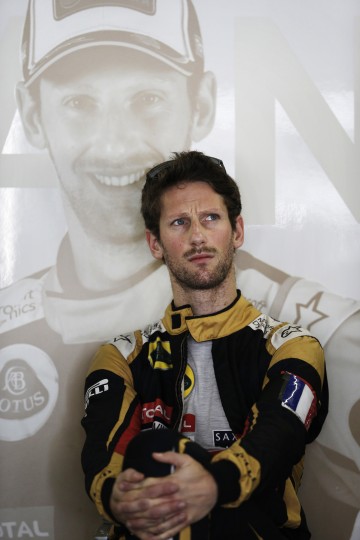 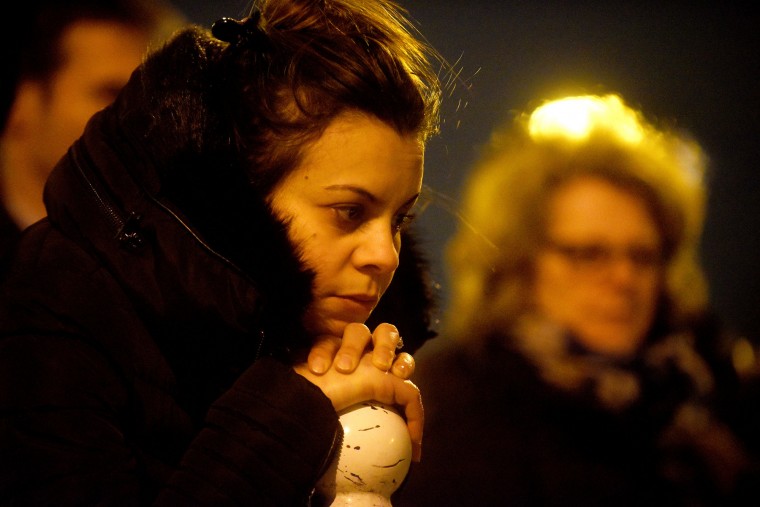 People pay tribute outside Le Carillon bar, the day after a deadly attack on November 14, 2015 in Paris, France. At least 120 people have been killed and over 350 injured, 99 of which seriously, following a series of terrorist attacks in the French capital. (Antoine Antoniol/Getty Images) 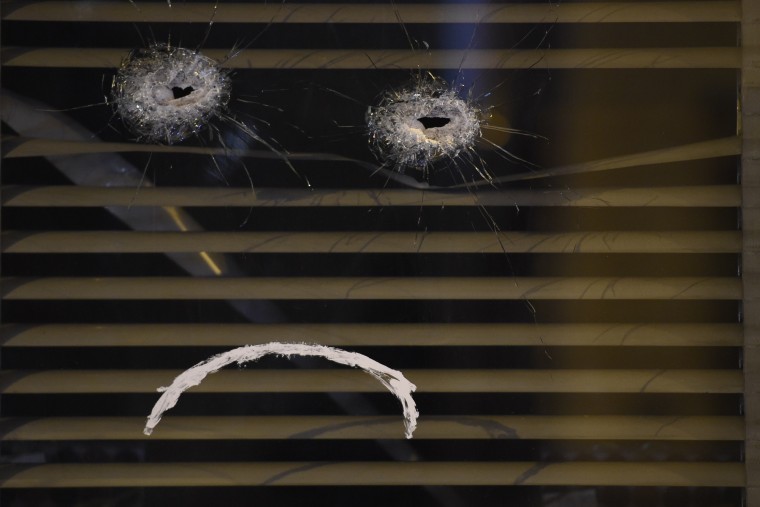 Bullets holes from the shootings in Paris are used to make a sad smiley (emoticon) after someone drew a “frowning mouth” on a window of the “Belle Equipe” restaurant, the site of one of the attacks in Paris, as a tribute to the victims of the November 13 deadly attacks in Paris. Islamic State jihadists claimed a series of coordinated attacks by gunmen and suicide bombers in Paris that killed at least 129 people in scenes of carnage at a concert hall, restaurants and the national stadium. (Lionel Bonaventure/AFP-Getty Images) 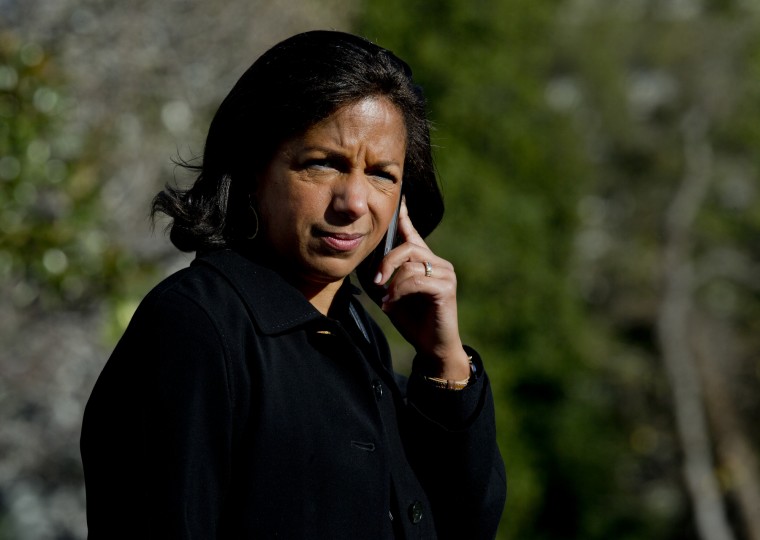 National Security Adviser Susan Rice walks to Marine One on the South Lawn at the White House in Washington, Saturday, Nov. 14, 2015, for a short trip to Andrews Air Force Base with President Barack Obama to travel to Antalya, Turkey to participate in the G-20 Leaders Summit starting Sunday. Obama begins a nine-day trip to Turkey, Philippines and Malaysia. (AP Photo/Manuel Balce Ceneta) 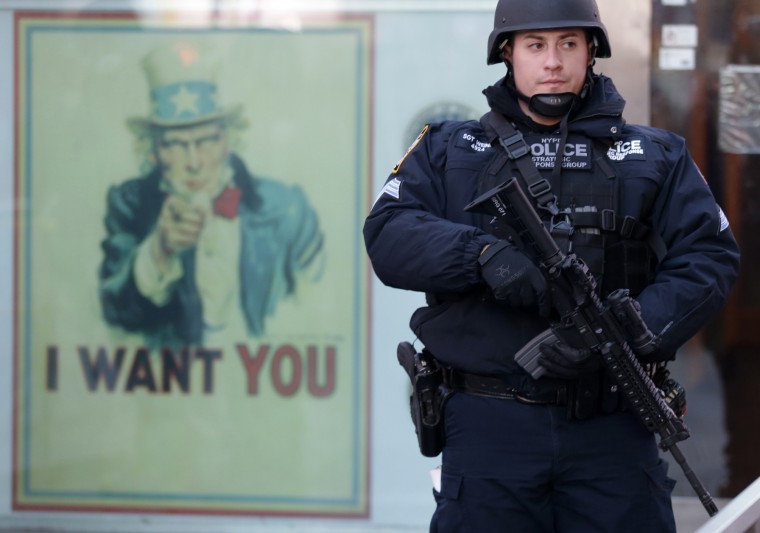 A New York city police officer with the Strategic Response Group stands guard at the armed forces recruiting center in New York’s Times Square, Saturday, Nov. 14, 2015. Police in New York say they’ve deployed extra units to crowded areas of the city “out of an abundance of caution” in the wake of the attacks in Paris, France. A New York Police Department statement released Friday stressed police have “no indication that the attack has any nexus to New York City.” (AP Photo/Mary Altaffer) 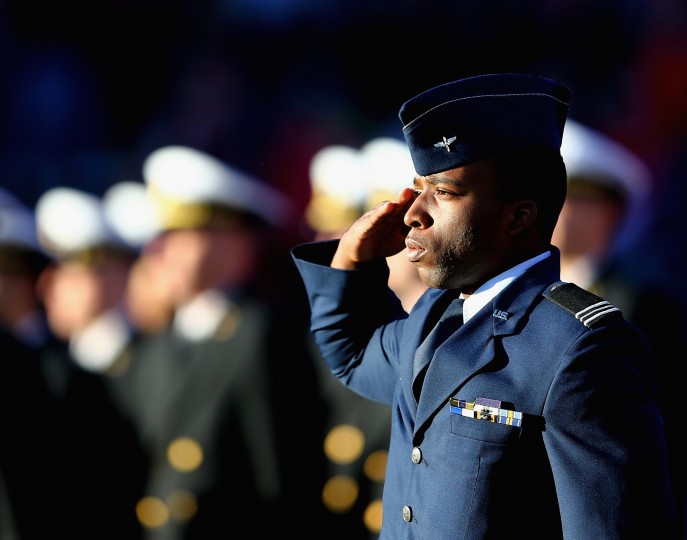 Military members attend the pregame ceremony for Military Appreciation Day before the game between the Rutgers Scarlet Knights and the Nebraska Cornhuskers on November 14, 2015 at High Point Solutions Stadium in Piscataway, New Jersey. (Photo by Elsa/Getty Images) 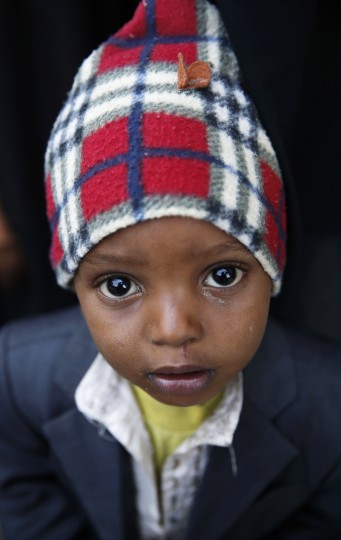 A boy stands with his mother as they wait to receive the cash provided by UNICEF in Sanaa, Yemen, Saturday, Nov. 14, 2015. Thousands of Yemeni female caretakers in Sanaa receive humanitarian cash as part of UNICEF’s support to assist the poorest and most vulnerable households. More than 45,000 families will receive humanitarian cash at $100/month for six months starting in November 2015. (AP Photo/Hani Mohammed) 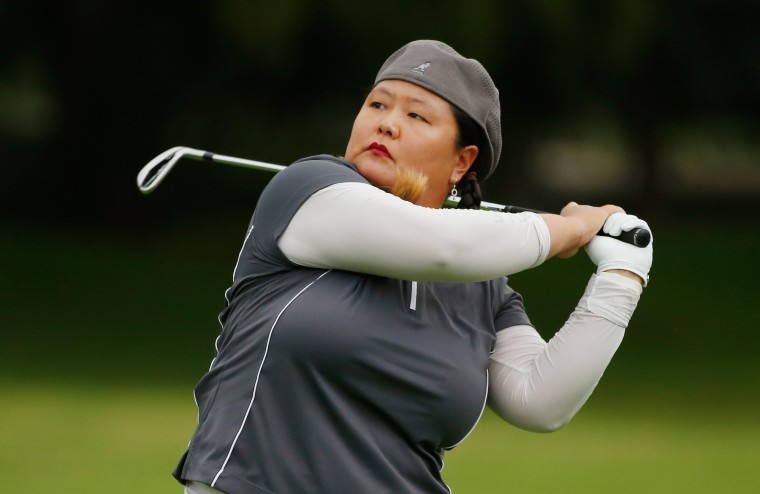 Christina Kim of the United States hits her second shot on the fourth hole during the third round of the Lorena Ochoa Invitational Presented By Banamex at the Club de Golf Mexico on November 14, 2015 in Mexico City, Mexico. (Scott Halleran/Getty Images) 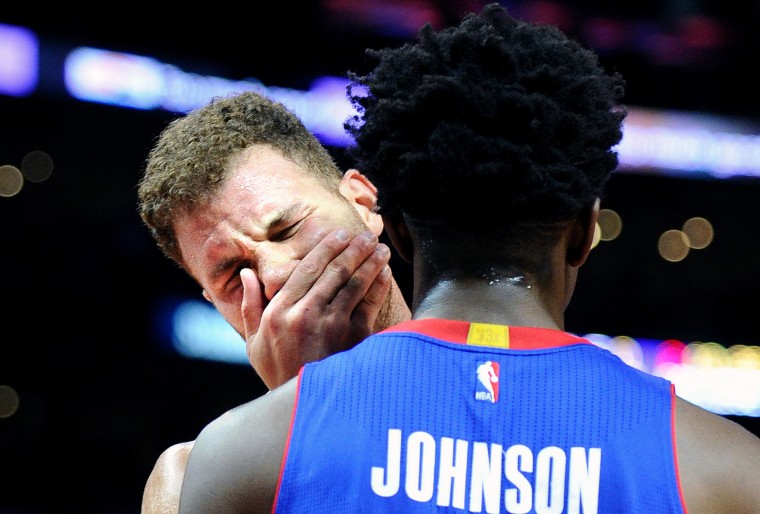 The Los Angeles Clippers’ Blake Griffin grimaces in pain in front of the Detroit Pistons’ Stanley Johnson after getting hit in the mouth in the second period at Staples Center in Los Angeles on Saturday, Nov. 14, 2015. (Wally Skalij/Los Angeles Times/TNS) 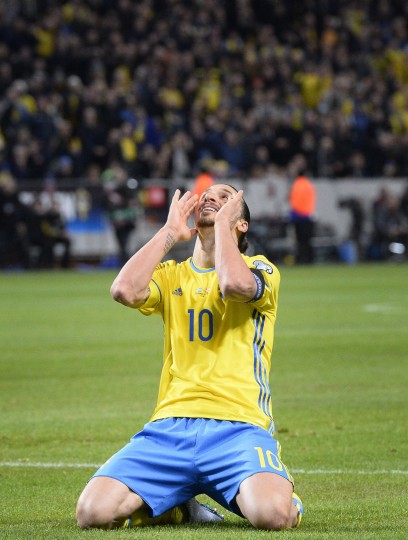 Sweden’s forward and team captain Zlatan Ibrahimovic reacts during the Euro 2016 play-off football match between Sweden and Denmark at the Friends arena in Solna on November 14, 2015. (Jonathan nackstrand/AFP-Getty Images) 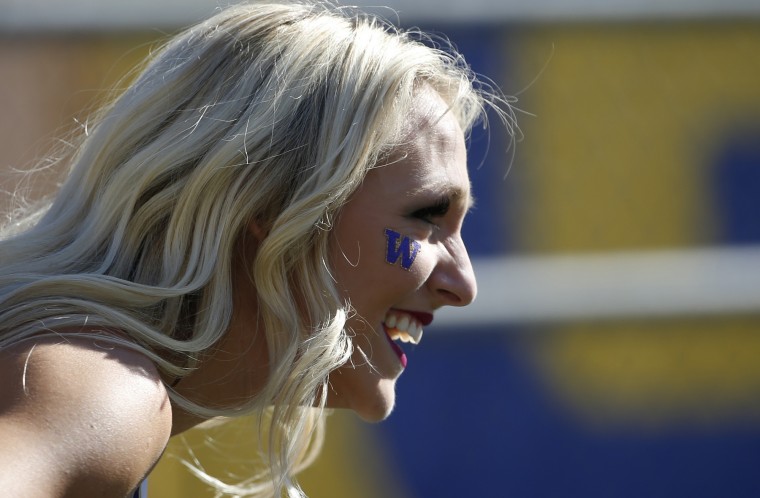 A Washington cheerleader smiles after a long catch by Washington against Arizona State during the first half of an NCAA college football game Saturday, Nov. 14, 2015, in Tempe, Ariz. (AP Photo/Ross D. Franklin) 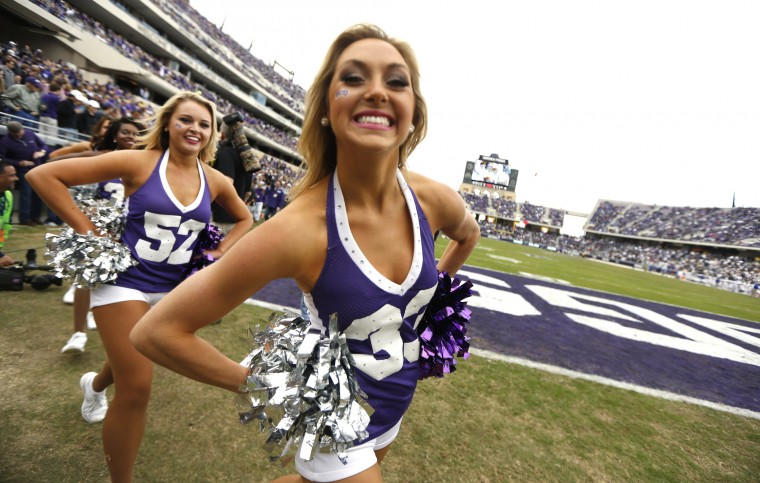 Members of the TCU Showgirls take the field as TCU takes on Kansas in the fourth quarter of an NCAA college football game Saturday, Nov. 14, 2015, in Fort Worth, Texas. (AP Photo/Ron Jenkins) 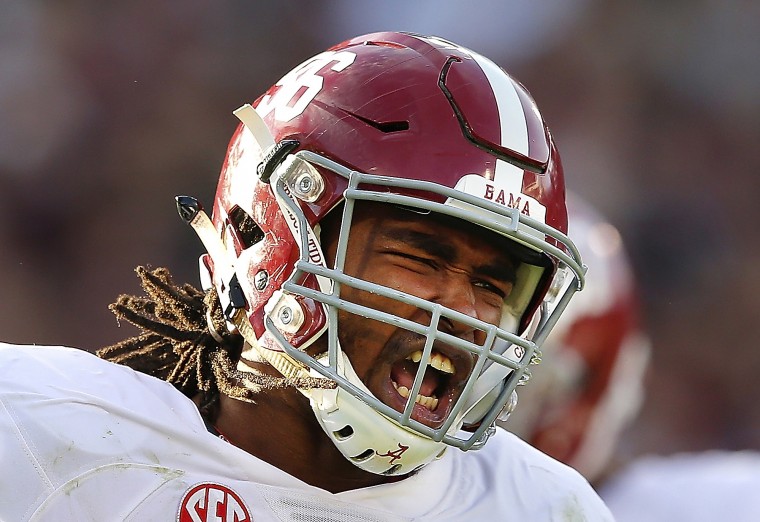 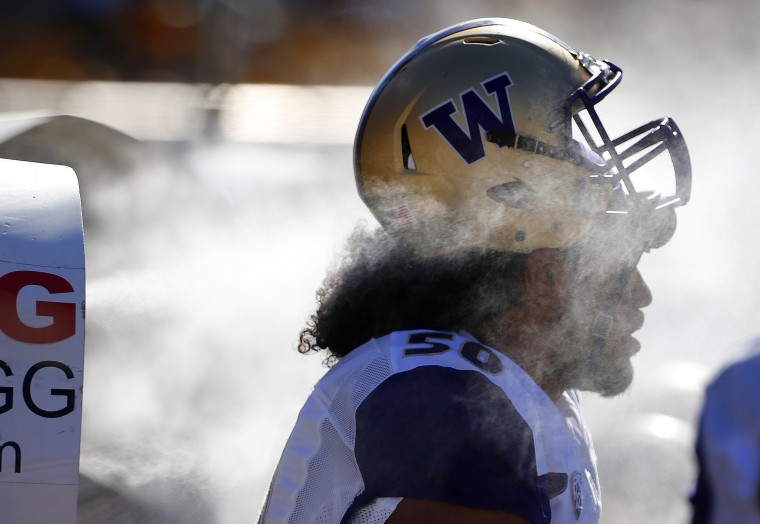 Washington’s Vita Vea gets hit with moisture from a misting machines on the sidelines during the first half of an NCAA college football game against Arizona State Saturday, Nov. 14, 2015, in Tempe, Ariz. (AP Photo/Ross D. Franklin) 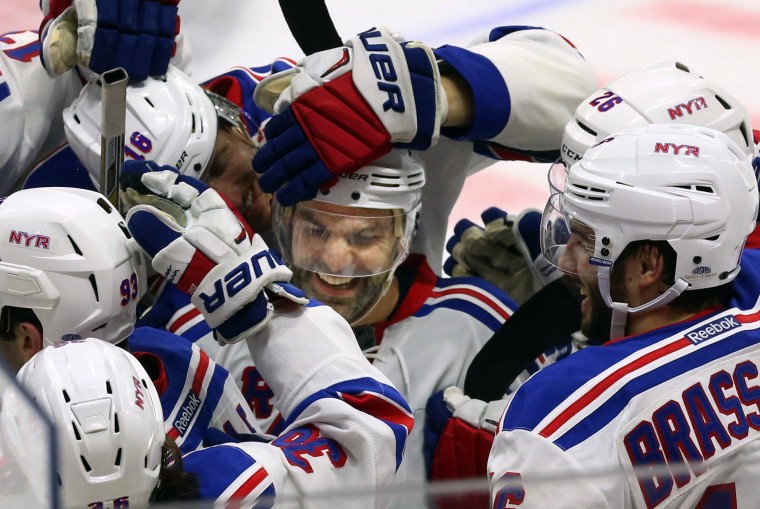 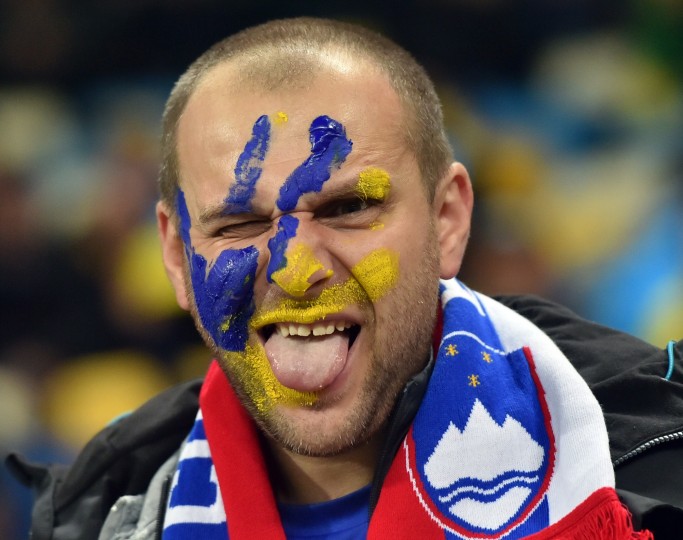 A spectator at the Euro 2016 play-off football match between Ukraine and Slovenia at the Arena Lviv stadium in Lviv on November 14, 2015 (Sergei Supinsky/AFP-Getty Images) 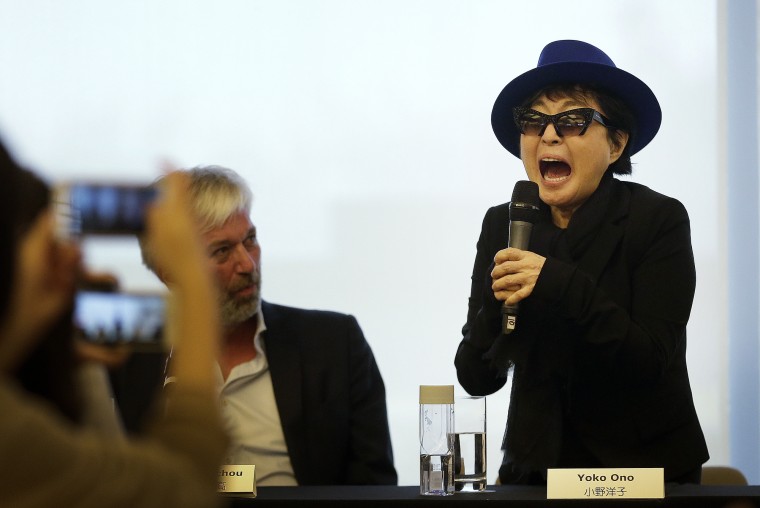 Yoko Ono performs a shout during a press conference before the opening ceremony of her exhibition held at the 798 art district in Beijing, China, Saturday, Nov. 14, 2015. (AP Photo/Andy Wong) 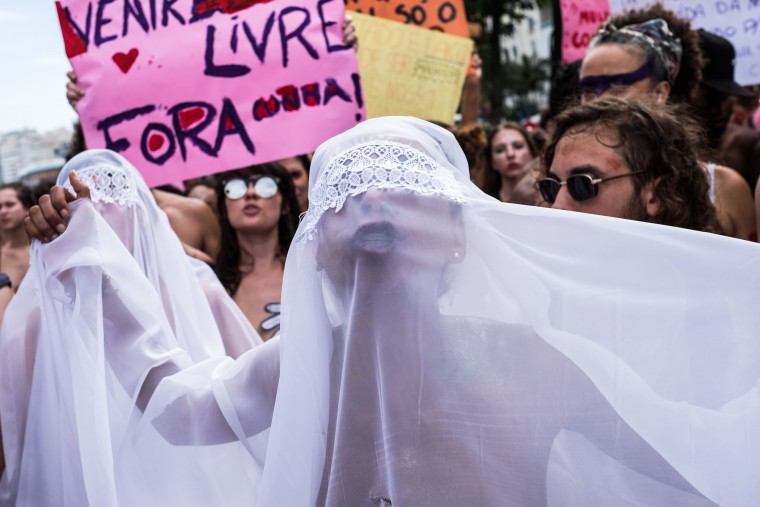 Women take part in the “Slutwalk” against the president of the Brazilian Chamber of Deputies Eduardo Cunha at Copacabana beach in Rio de Janeiro, Brazil on November 14, 2015. Cunha is an influential rightwing politician at the center of maneuvers to impeach Brazilian President Dilma Rousseff. (Christophe Simon/AFP-Getty Images) 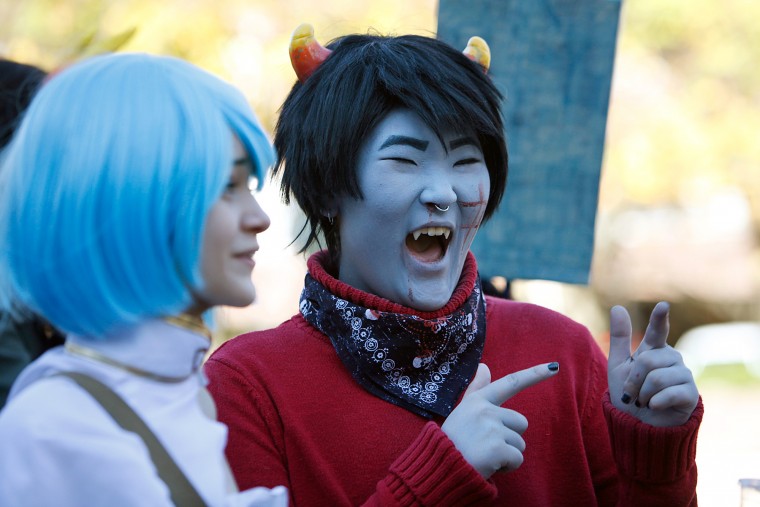 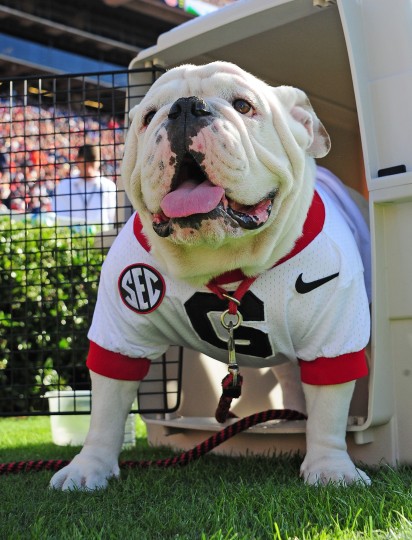 The new Georgia Bulldogs mascot Que watches over the game against the Auburn Tigers on November 14, 2015 at Jordan Hare Stadium in Auburn, Alabama. (Scott Cunningham/Getty Images)

« Taking flight at the International Balloon Festival » Solidarity with France: Red, white and blue buildings around the world