Sun coverage of past hurricanes

See Sun front pages of past hurricanes that impacted the Baltimore-area. Click or tap on the images for full-screen views of the front pages. 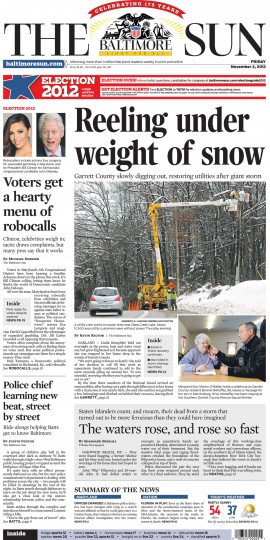 November 1, 2012 – Most of Garrett County remain in the dark after Hurricane Sandy 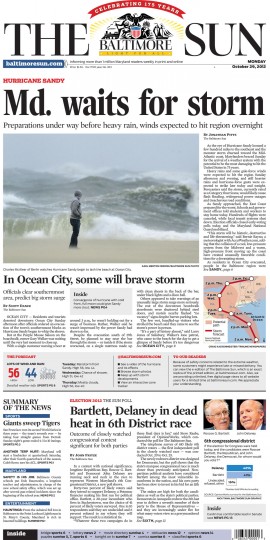 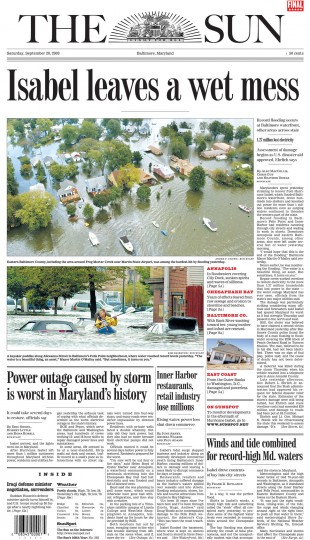 September 20, 2003 – Record flooding occurs at Baltimore waterfront, other areas across the state 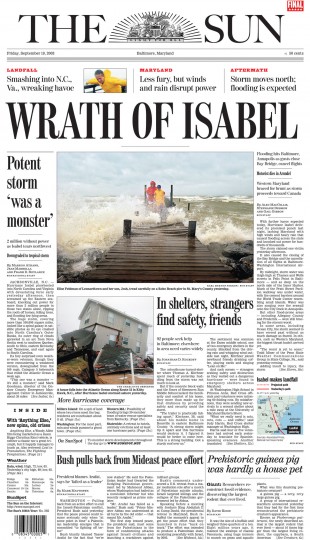 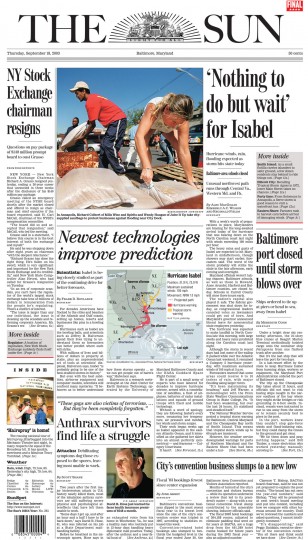 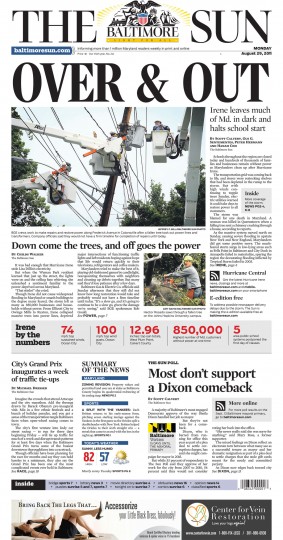 August 29, 2011 – Hurricane Irene leaves much of Md. in the dark and halts school start 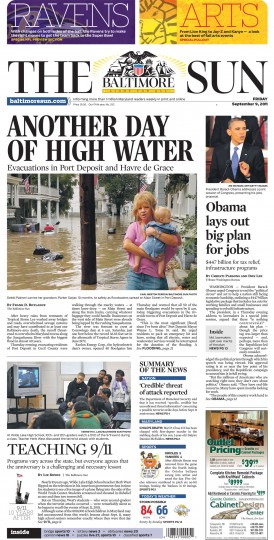 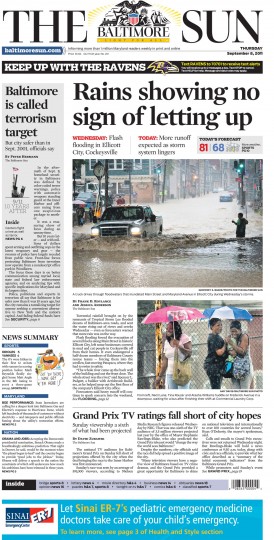 September 8, 2011 – Rains showing no sign of letting up due to Tropical Storm Lee 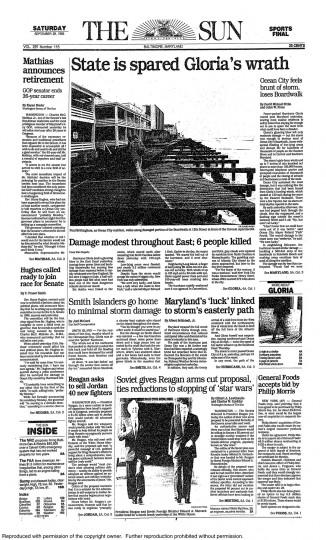 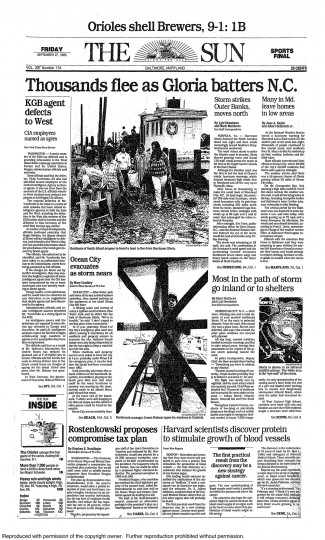 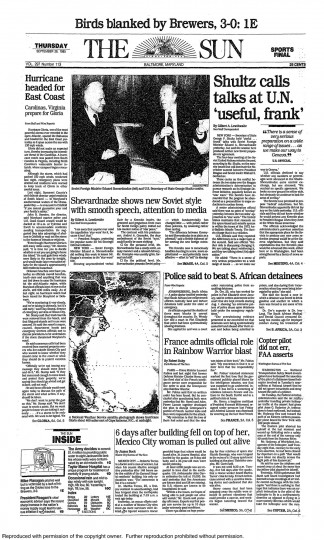 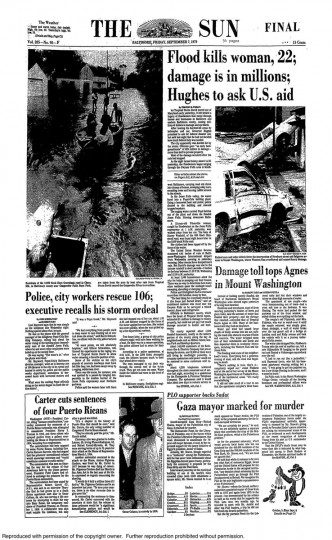 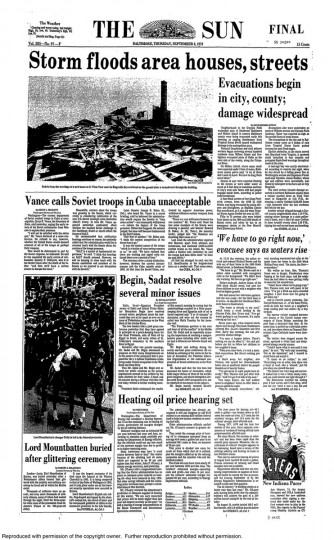 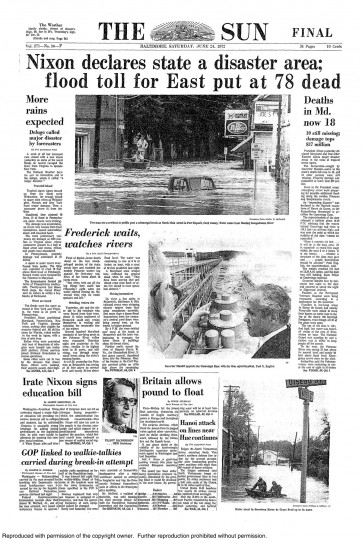 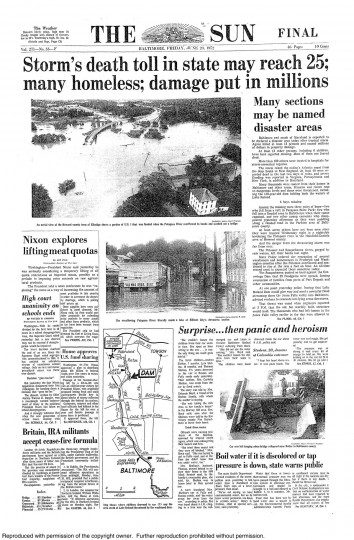 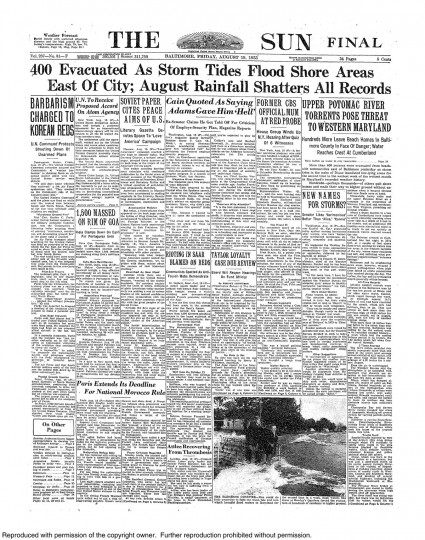 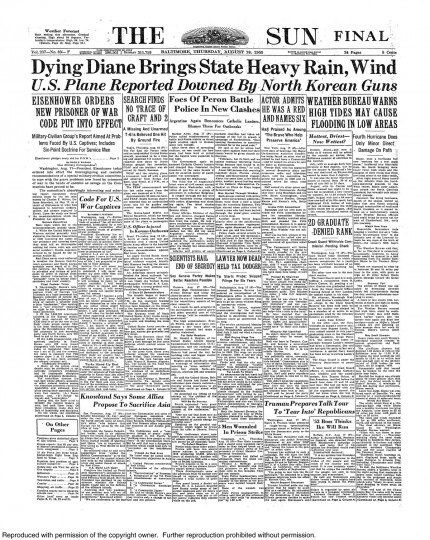 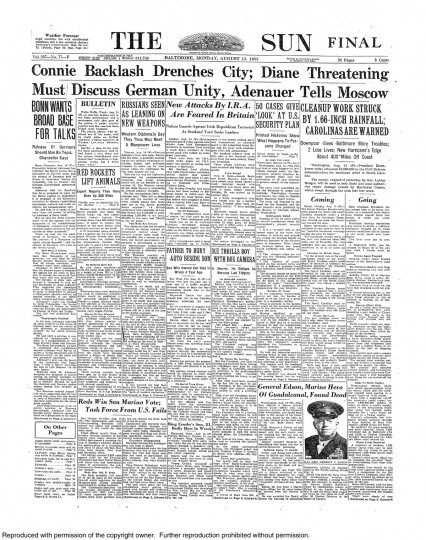 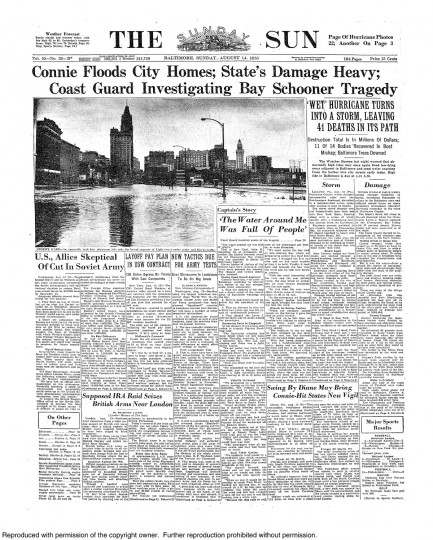 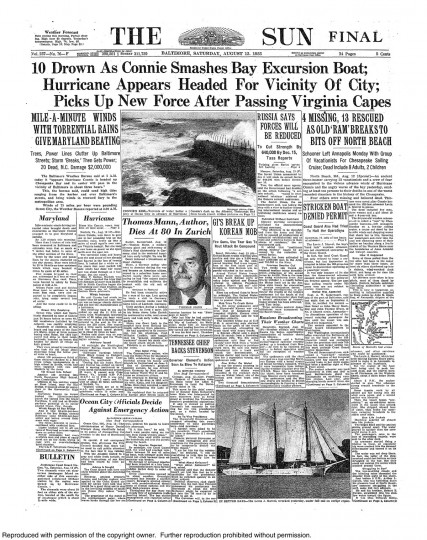 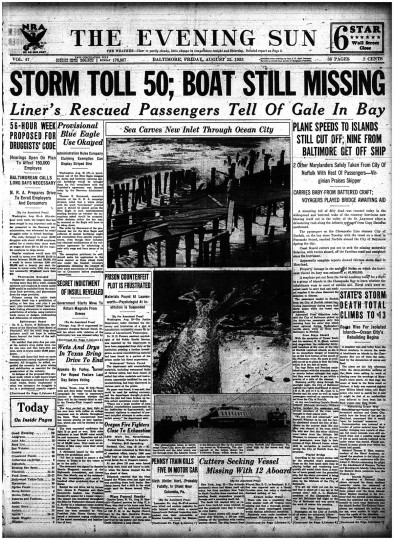 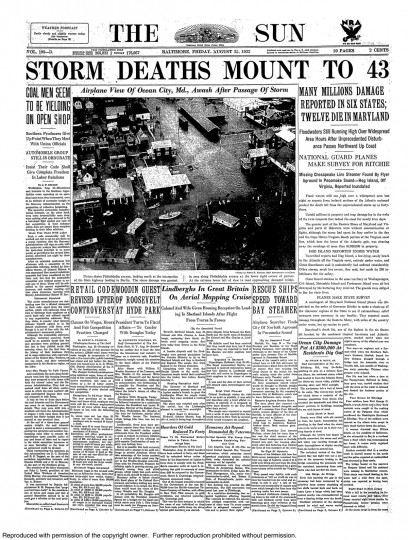