Storm troopers in Madrid, bats under a Monster bridge, marathoners in Irbil | Oct. 30 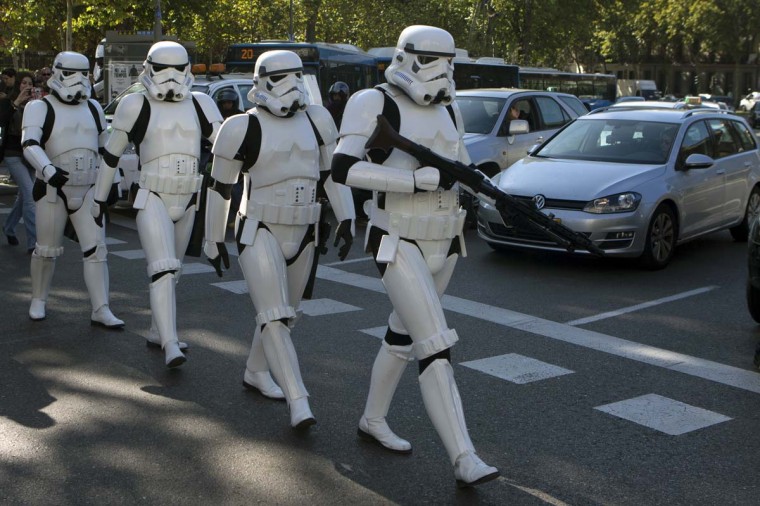 Star Wars Storm Trooper characters cross the street after a giant Star Wars helmet was unveiled, during the inauguration of an open air exhibition called ‘Face the Force’ in Madrid, Spain, Friday, Oct. 30, 2015. Seven other giant helmets are due to be placed in various corners in the city. || CREDIT: PAUL WHITE – AP PHOTO 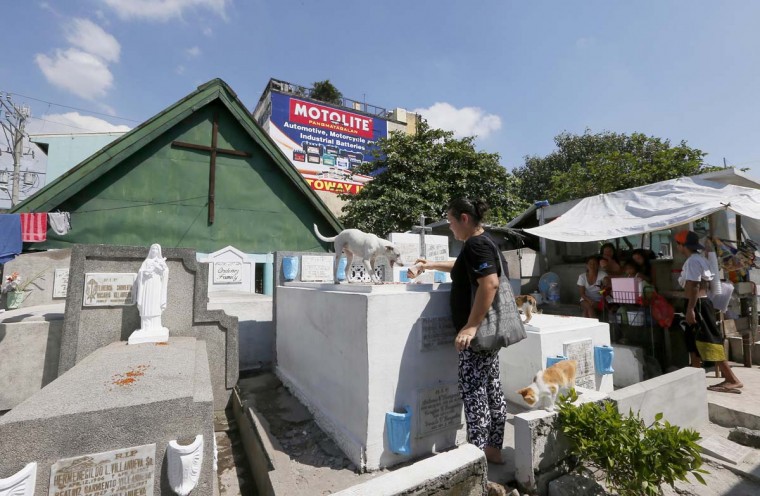 Jana Sevilla, a volunteer at the PETA (People for the Ethical Treatment of Animals), feeds cats and dogs on tombs at a public cemetery in Pasay city south of Manila, Philippines Friday, Oct.30, 2015. The pets, owned by informal settlers living on tombs at the cemetery, are regularly given anti-rabies shots by PETA to reduce infections of unsuspecting settlers. On Sunday, Filipinos as well as Roman Catholics all over the world, troop to cemeteries and memorial parks to pay respects to the departed loved ones which is traditionally known as All Saint’s Day. || CREDIT: BULLIT MARQUEZ – AP PHOTO 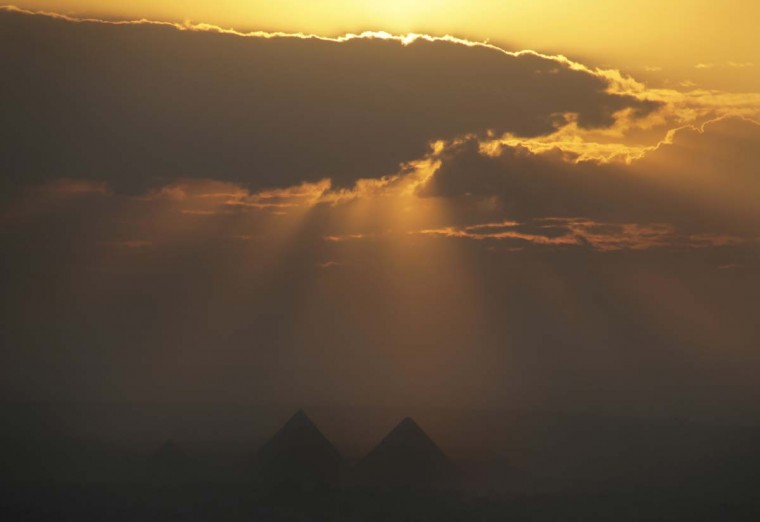 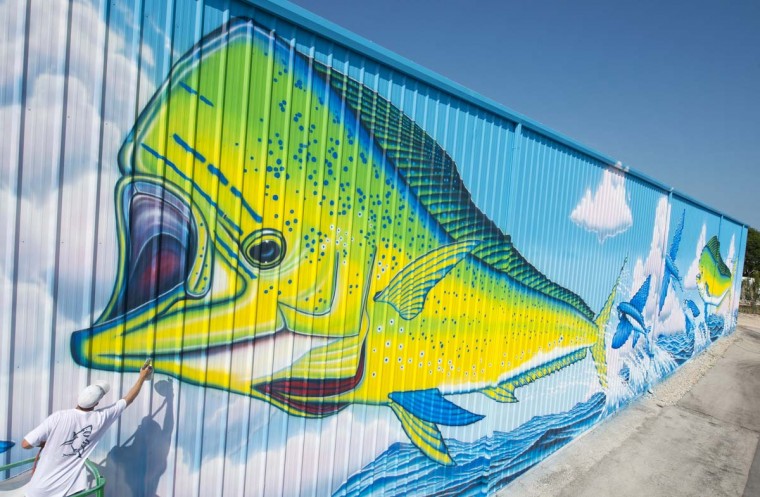 In this photo provided by the Florida Keys News Bureau, artist David Dunleavy, puts finishing touches on a huge mural entitled “Dolphin Rodeo” at an Islamorada, Fla., marina. The 252-foot-wide by 33-foot-high artwork features two dolphin, also known as mahi-mahi, that are popular ocean gamefish caught off the Florida Keys and other regions of the world. It took the New Jersey artist a month to paint his 62nd larger-than-life SeaLife Mural. (Andy Newman/Florida Keys News Bureau via AP) 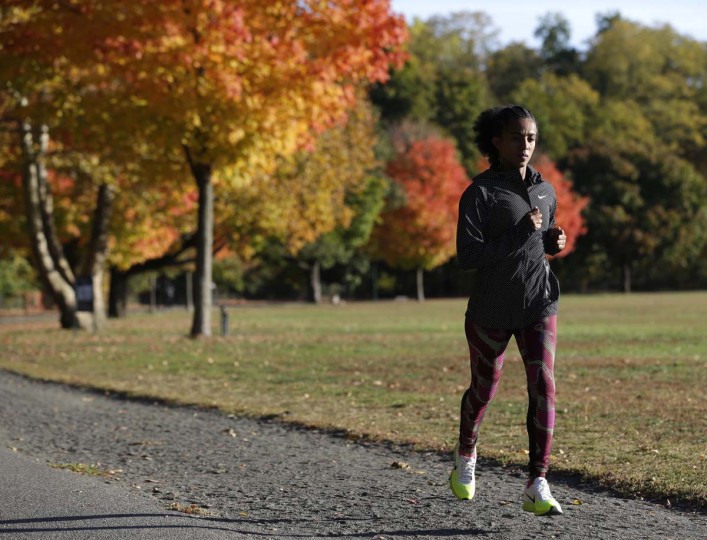 In this Oct. 26, 2015, photo, Buzunesh Deba demonstrates her running form at Van Cortlandt Park in the Bronx section of New York. Deba, a two-time runner-up, is seeking to become the first New Yorker in more than four decades to win the city’s marathon. || CREDIT: SETH WENIG – AP PHOTO 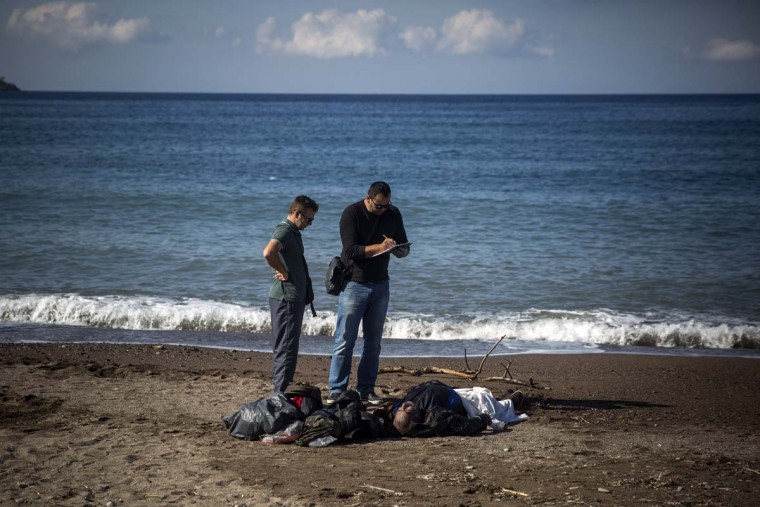 Police officers take notes over the body of a dead man in Petra village on the northeastern Greek island of Lesbos, Friday, Oct. 30, 2015. The deaths occurred amid a surge of crossings to Greek islands involving migrants and refugees from Syria, Afghanistan and other countries ahead of winter and as European governments weight taking tougher measures to try and limit the number of arrivals in Europe. || CREDIT: SANTI PALACIOS – AP PHOTO Related: What happens when one high school hosts immigrants speaking more than two dozen languages? 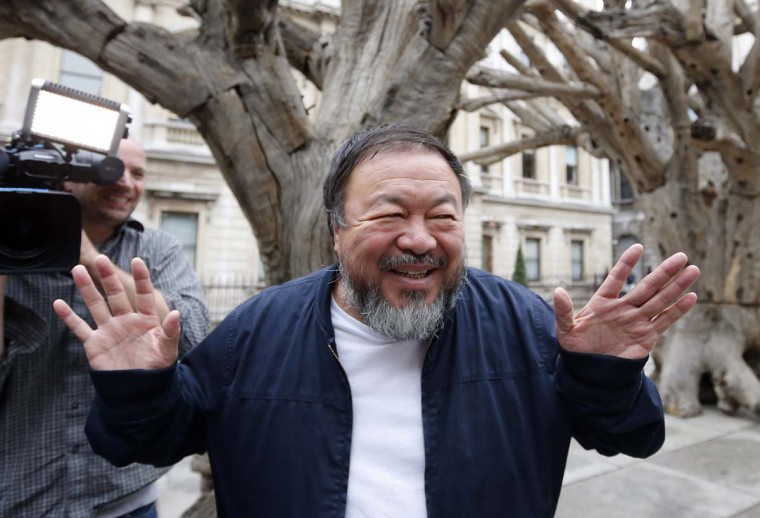 In this Tuesday, Sept. 15, 2015 file photo Chinese artist Ai Weiwei poses for photographers with one of his pieces at his exhibition at the Royal Academy of Arts in London. Ai Weiwei is taking on Lego, brick by brick. Art galleries around the world are collecting plastic bricks for the artist after the Danish toy company refused to supply Lego for his latest project. || CREDIT: FRANK AUGSTEIN, FILE – AP PHOTO 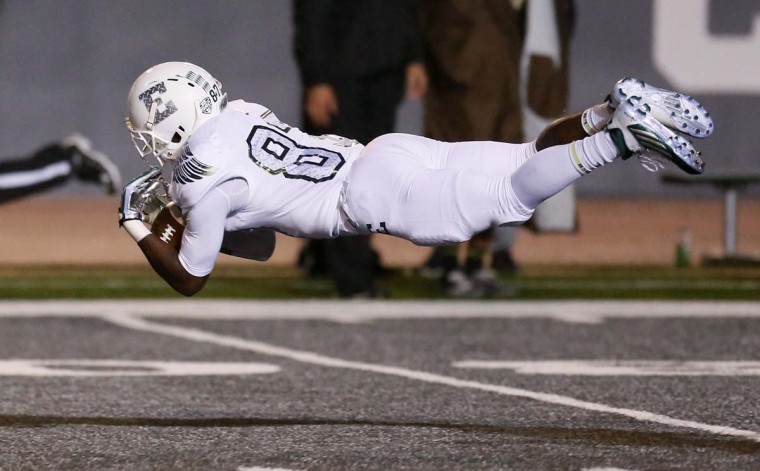 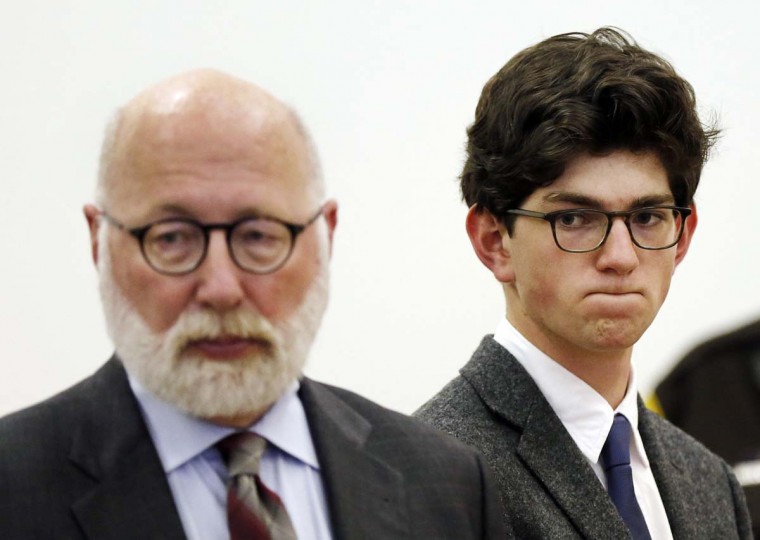 Owen Labrie, right, listens to prosecutors with his lawyer J.W. Carney, left, before being sentenced in Merrimack County Superior Court, Thursday, Oct. 29, 2015, in Concord, N.H. The graduate of the exclusive St. Paulís School was sentenced to a year in jail for sexually assaulting a 15-year-old freshman girl as part of a tradition in which upperclassmen competed to rack up sexual conquests. Labrie was allowed to remain free on bail while he appeals his conviction. || CREDIT: JIM COLE, POOL – AP PHOTO 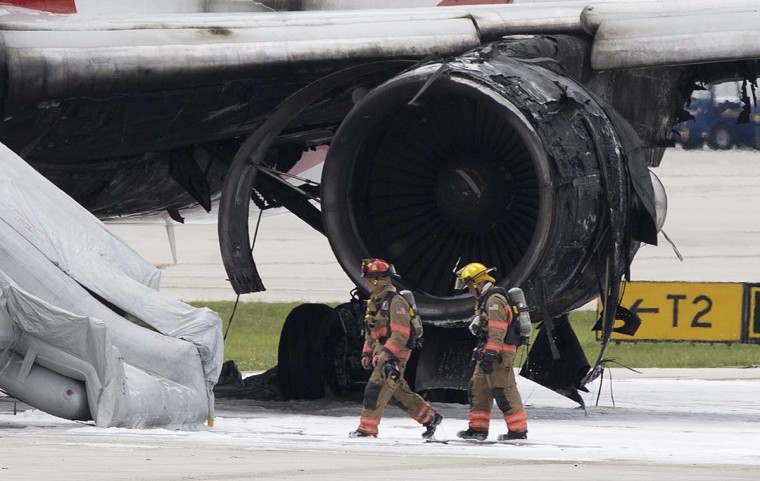 Firefighters walk past a burned engine of an airplane, Thursday, Oct. 29, 2015, at Fort Lauderdale/Hollywood International Airport in Dania Beach, Fla. The passenger plane’s engine caught fire Thursday as it prepared for takeoff, and passengers had to quickly evacuate on the runway using emergency slides, officials said. The Dynamic Airways flight was headed to Caracas, Venezuela. || CREDIT: WILFREDO LEE – AP PHOTO 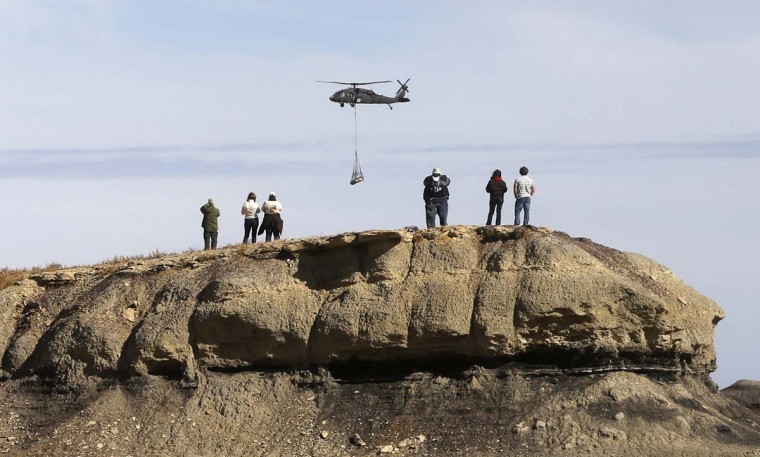 A group of people watch as a helicopter carries remains of an adult Pentaceratops, Thursday, Oct. 29, 2015, in the Bisti-De-Na-Zin Wilderness area south of Farmington, N.M. The fossils are encapsulated in heavy plaster jackets. They’re being trucked to the New Mexico Museum of Natural History and Science in Albuquerque. (Jon Austria/The Daily Times via AP) 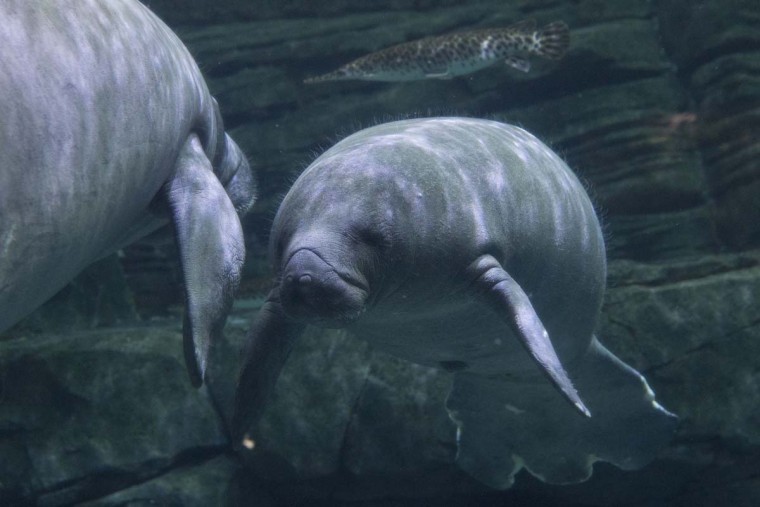 BamBam, a Florida Manatee, swims in his tank alongside Betsey, left, a fully grown female, at the Cincinnati Zoo and Botanical Gardens, Thursday, Oct. 29, 2015, in Cincinnati. The 2-year-old, 335lb male was sent to the zoo for rehabilitation from SeaWorld Manatee Hospital in Orlando. || CREDIT: JOHN MINCHILLO – AP PHOTO 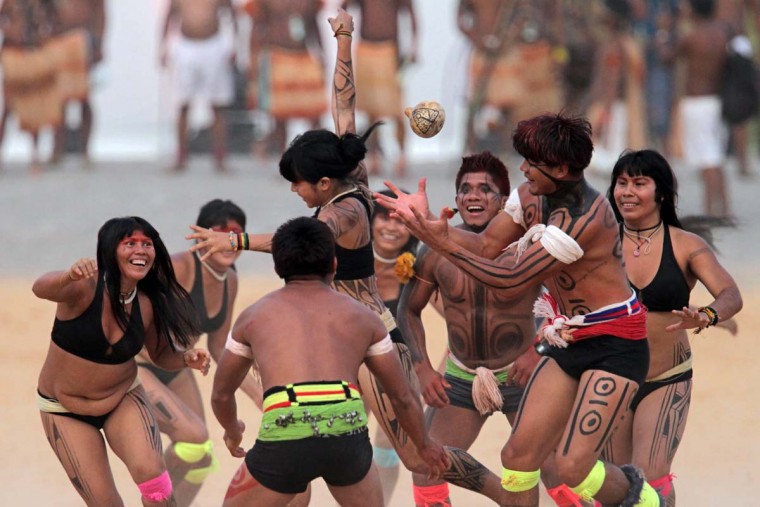 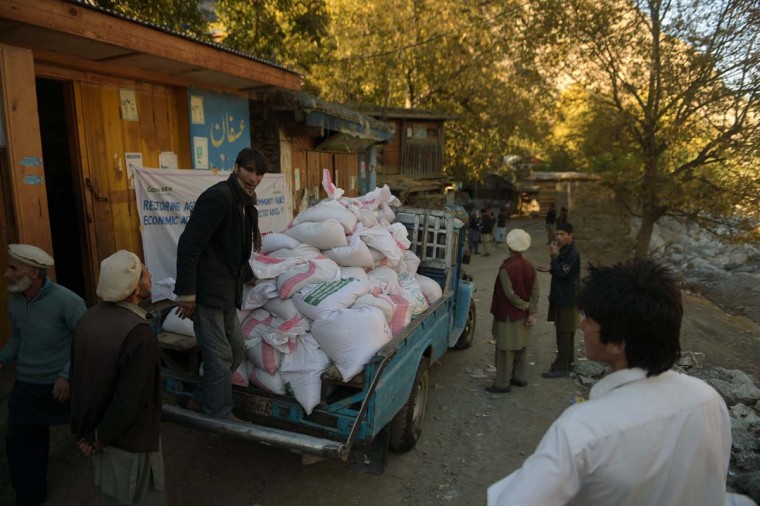 Kalash load reliefs food on a van in Bumburate on October 30, 2015. Kalash, considered as the only surviving animist tribe of Pakistan, Kalash people were badly affected two months ago by floods followed by the earthquake. || CREDIT: FAROOQ NAEEM – AFP/GETTY IMAGES Judge Dariusz Mazur announces at the regional court in Krakow on October 30, 2015 the decision not to extradite Oscar-winning director Roman Polanski to the United States to face sentencing for raping a 13-year-old girl in 1977. || CREDIT: JANEK SKARZYNSKI – AFP/GETTY IMAGES 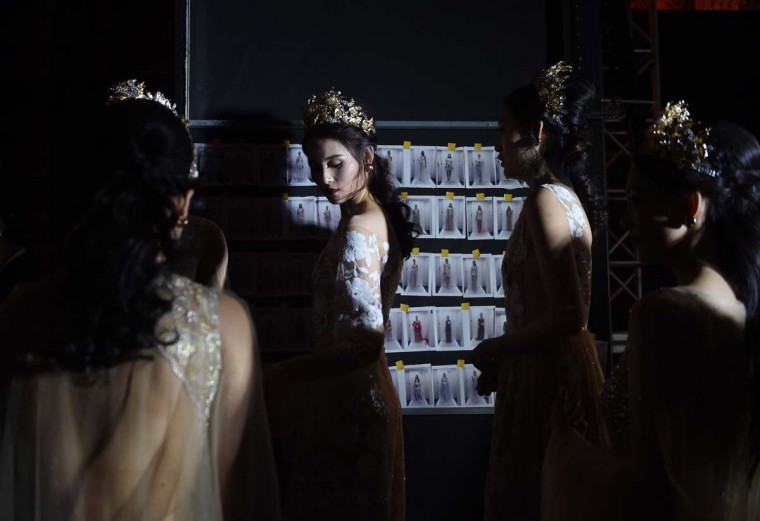 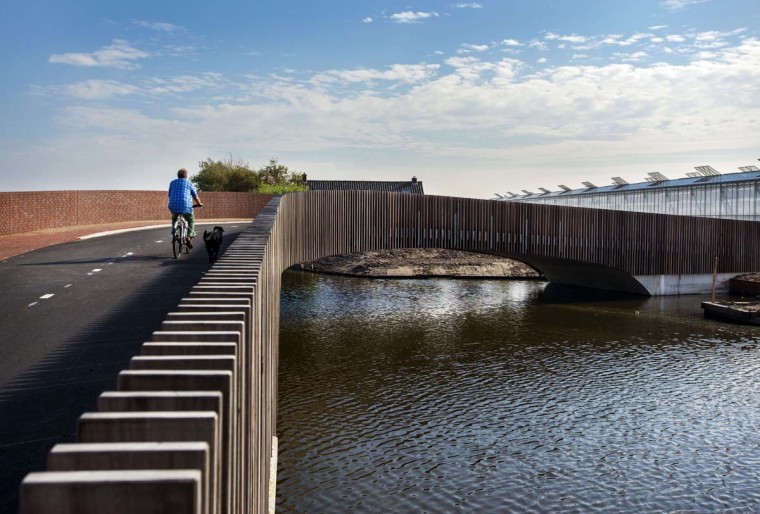 An undated handout picture obtained in October 30, 2015 shows a man cycling over a bridge, also known as the ‘batbridge’, in the Dutch town of Monster, The Netherlands. As Halloween approaches, the new bridge, which is designed to serve as a shelter for bats, has been opened to the public. Nicknamed as “batbridge”, the bridge has many cavities in which the winged mammals can spend the winter or breed. RAYMOND RUTTING – AFP/Getty Images A miner is seen at the end of his last shift at the coal mine in the Romanian city of Petrila, on October 30, 2015. Petrila, the oldest coal mine in Romania and deepest mine in Europe, that opened in 1859 under the Austro-Hungarian Empire, was closed on October 30, 2015 as part of Bucharest promises to liquidate unprofitable mines. || CREDIT: DANIEL MIHAILESCU – AFP/GETTY IMAGES 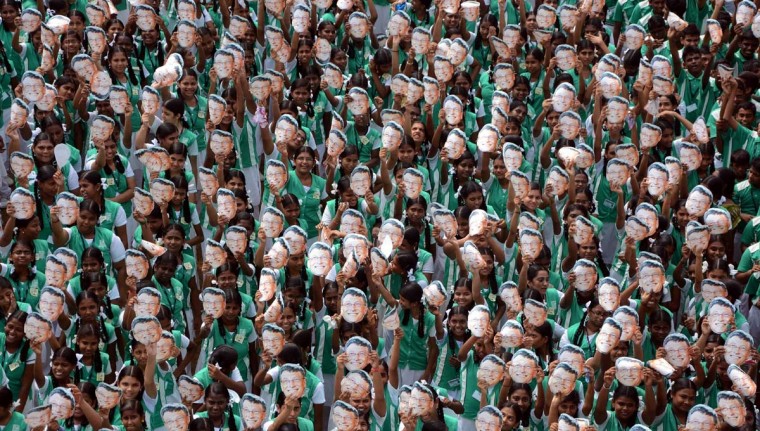 Indian schoolchildren holds masks with the face of Microsoft founder and philanthropist Bill Gates to mark his 60th birthday, at a school in Chennai on October 28, 2015. AFP/Getty Images 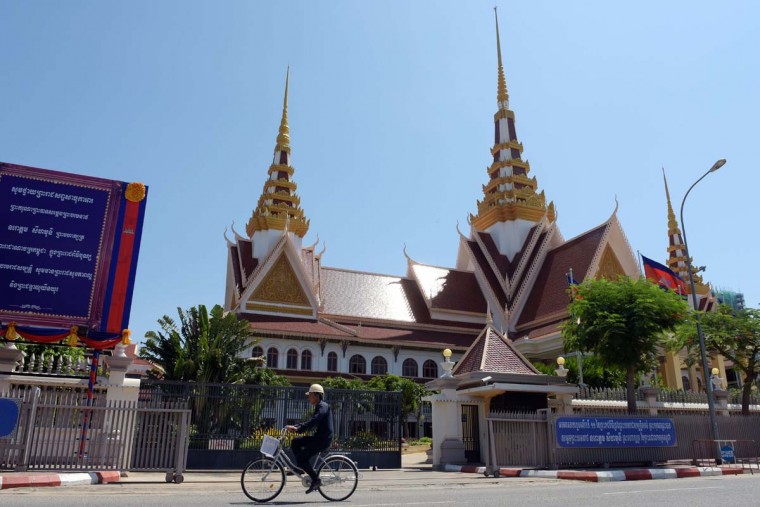 A Cambodian worker rides his bike past the National Assembly building in Phnom Penh on October 30, 2015. The deputy leader of Cambodia’s opposition was on October 30 ousted as vice chief of parliament following protests by ruling party supporters, a move that threatens to reignite political tensions in the kingdom. || CREDIT: TANG CHHIN SOTHY – AFP/GETTY IMAGES 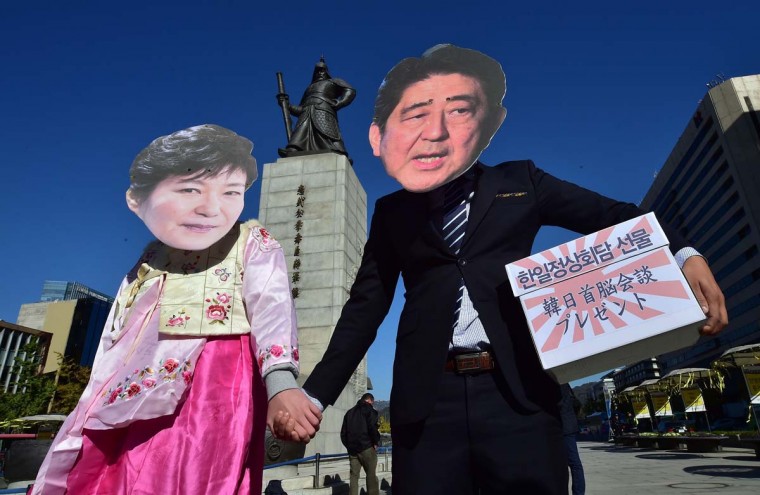 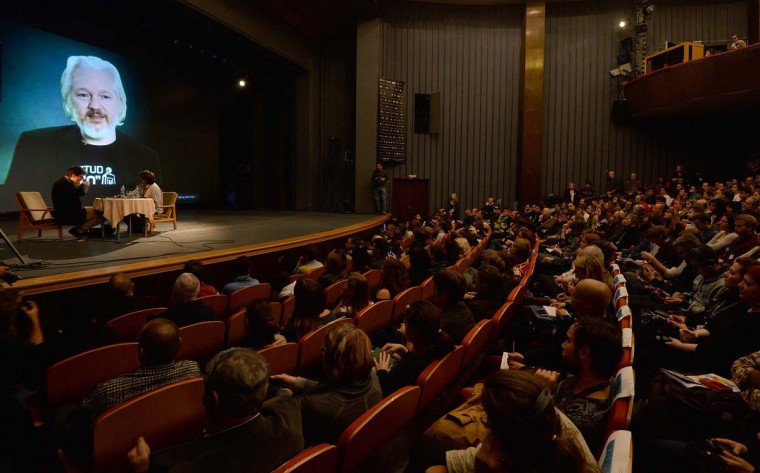 Julian Assange, living in asylum at the Ecuadorian embassy in London, founder and public face of WikiLeaks, the Internet-based publishing organisation which makes headlines around the world by releasing confidential information about corporate, government and military corruption and misconduct is displayed on a video wall discussing online with the visitors of Jihlava International Documentary Film Festival on October 29, 2015, in Jihlava, Czech Republic. Jihlava Documentary Film Festival is one of the largest events of its kind in Central and Eastern Europe. || CREDIT: MICHAL CIZEK – AFP/GETTY IMAGES 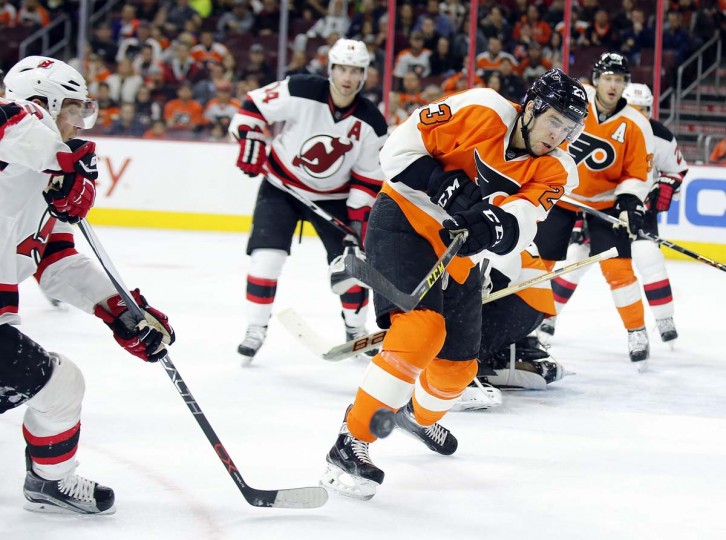 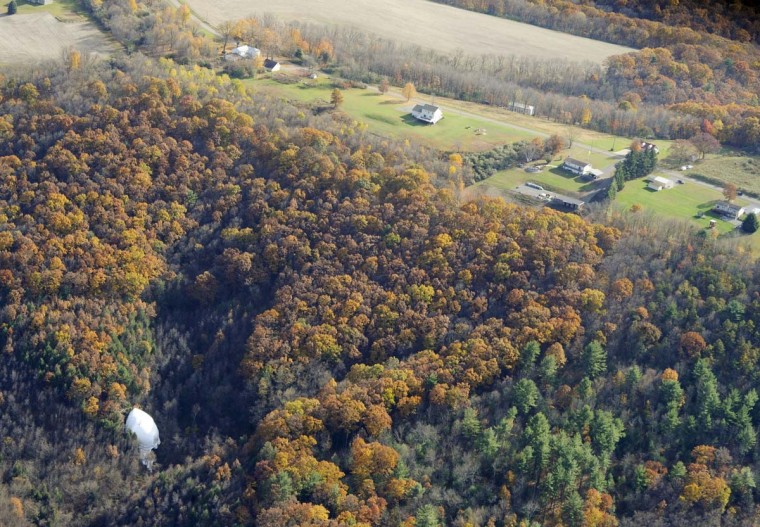 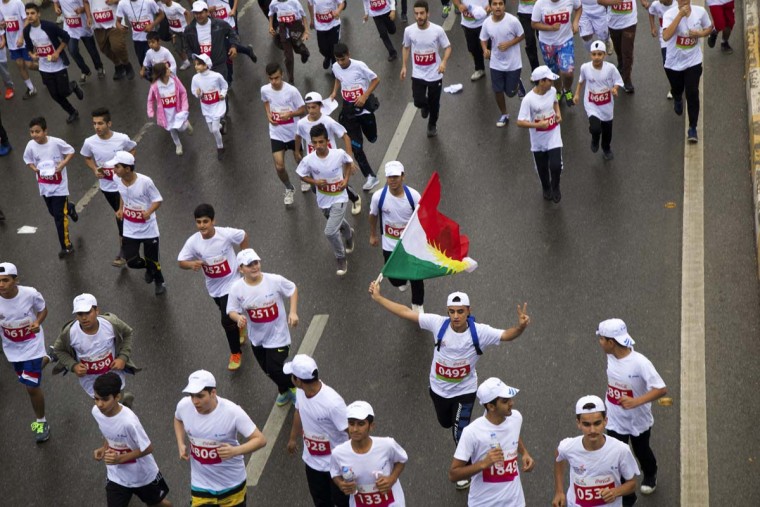 Runners, including one man with a Kurdish flag, take part in an annual international marathon for peace in Irbil, northern Iraq, Friday, Oct. 30, 2015. The marathon started in 2011 and is organized by the Irbil running club. || CREDIT: SEIVAN M. SALIM – AP PHOTO