Sheep in Spain, elections around the world, Halloween in the Philippines | Oct. 25 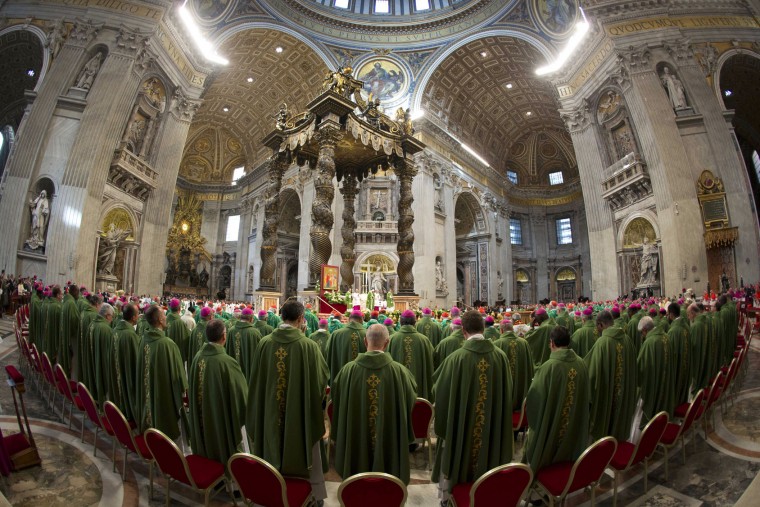 In this photo taken with a fish-eye lens Pope Francis celebrates a Mass to mark the end of the Synod of bishops, in St. Peter’s Basilica at the Vatican, Sunday, Oct. 25, 2015. Catholic bishops called for a more welcoming church for cohabitating couples, gays and Catholics who have divorced and civilly remarried, endorsing Pope Francis’ call for a more merciful and less judgmental church. (AP Photo/Alessandra Tarantino) 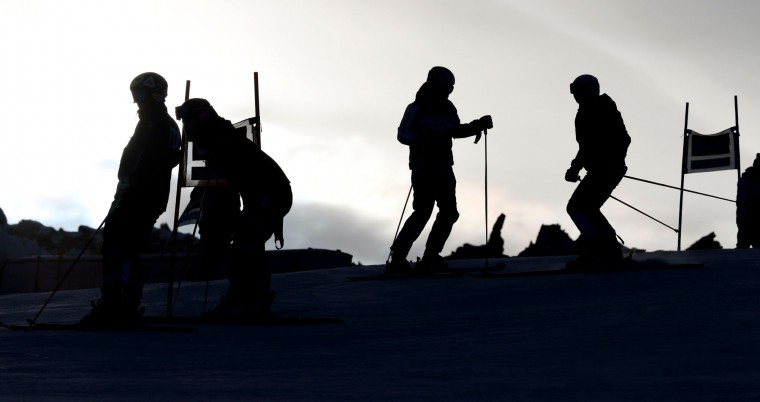 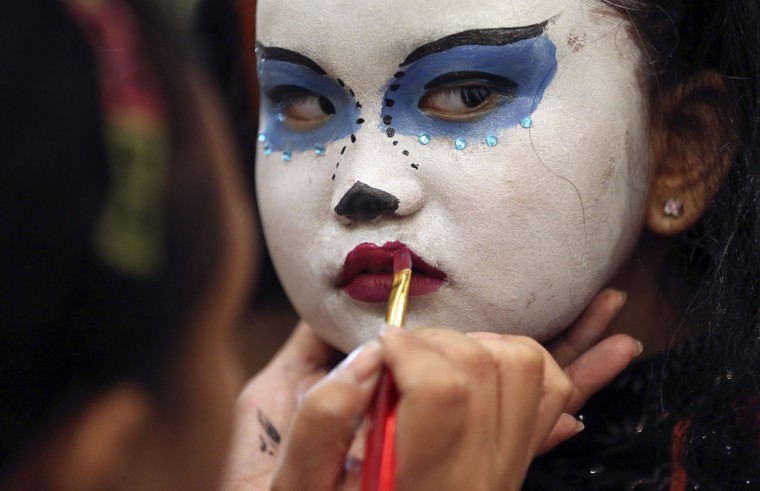 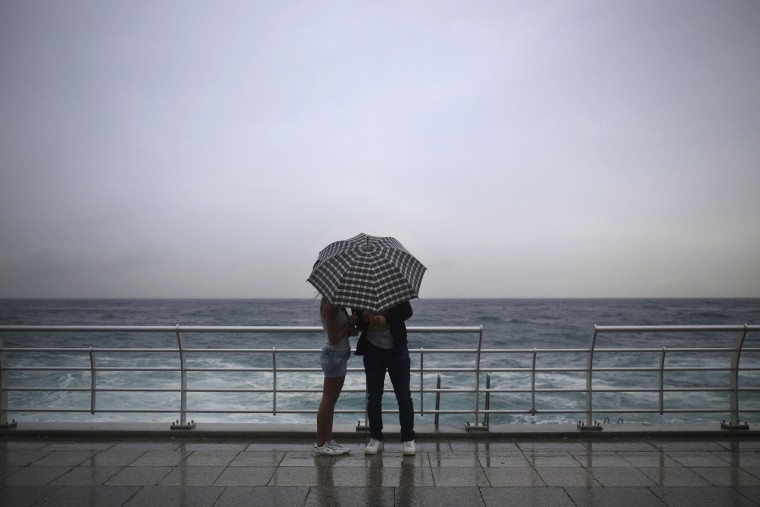 A Lebanese couple stand under an umbrella in rainy weather at the Corniche or waterfront promenade, in Beirut, Lebanon, Sunday, Oct. 25, 2015. (AP Photo/Hassan Ammar) 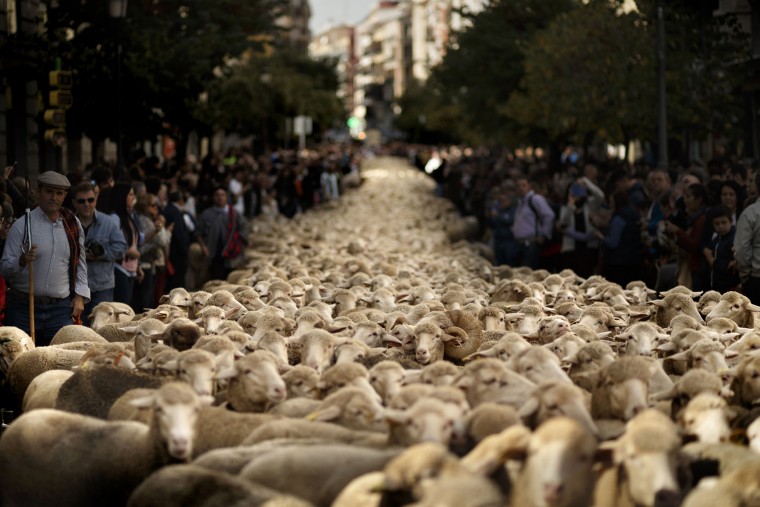 Shepherds lead their sheep through the centre of Madrid, Spain, Sunday, Oct. 25, 2015 Shepherds have guided a flock of 2,000 sheep through Madrid streets in defense of ancient grazing, droving and migration rights increasingly threatened by urban sprawl and modern agricultural practices. Tourists and city-dwellers were surprised to see the capitals traffic cut to permit the ovine parade to bleat bells clanking its way past the citys most emblematic locations. (AP Photo/Daniel Ochoa de Olza) 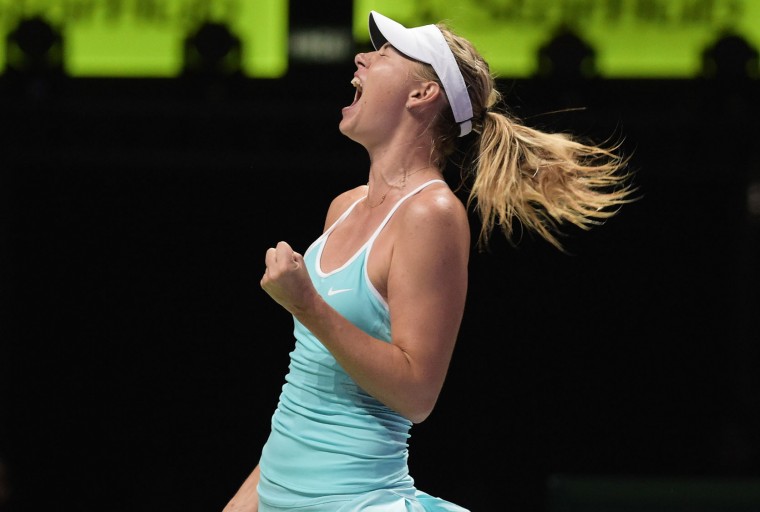 Maria Sharapova of Russia shouts after she wins a point against Agnieszka Radwanska of Poland during their singles match at the WTA tennis finals in Singapore on Sunday, Oct. 25, 2015. (AP Photo/Joseph Nair) 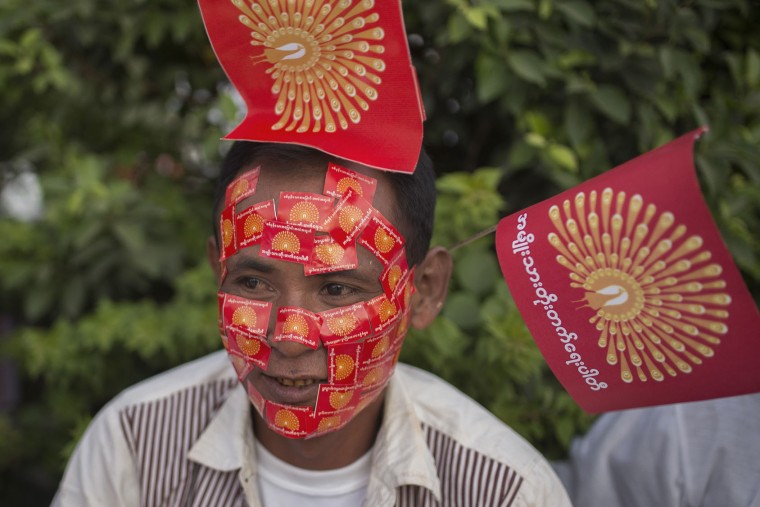 A supporter of National Development Party (NDP) displays stickers of party flags stuck to their face during an election campaign in Mandalay, Myanmar, Sunday, Oct. 25, 2015. Myanmars general elections are scheduled for November 8, 2015, the first since a nominally civilian government was installed in 2011. (AP Photo/Hkun Lat) 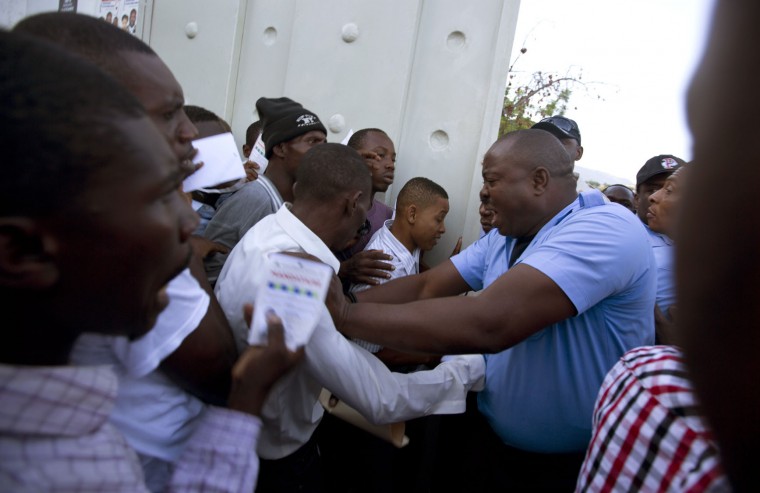 A security guard pushes voters back in order to keep a polling station from reaching over capacity during elections in Port-au-Prince, Haiti, Sunday Oct. 25, 2015. The country is holding the first-round presidential vote Sunday along with balloting for numerous legislative races and local offices. (AP Photo/Dieu Nalio Chery) 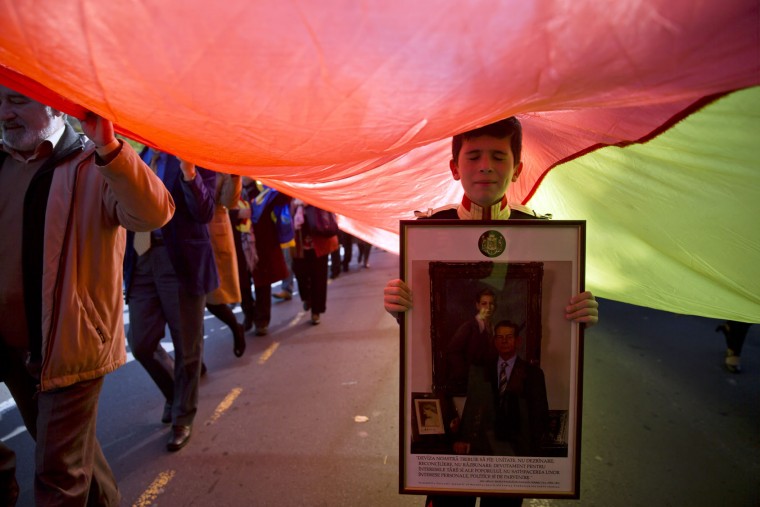 A Romanian boy, wearing a royal uniform holds a picture of former Romanian King Michael I as supporters of the monarchy march to celebrate the king’s 94th birthday, in Bucharest, Romania, Sunday, Oct. 25, 2015. Monarchy supporters carried a 150 meters long flag on a main boulevard in the Romanian capital to celebrate the former king’s birthday. (AP Photo/Vadim Ghirda) 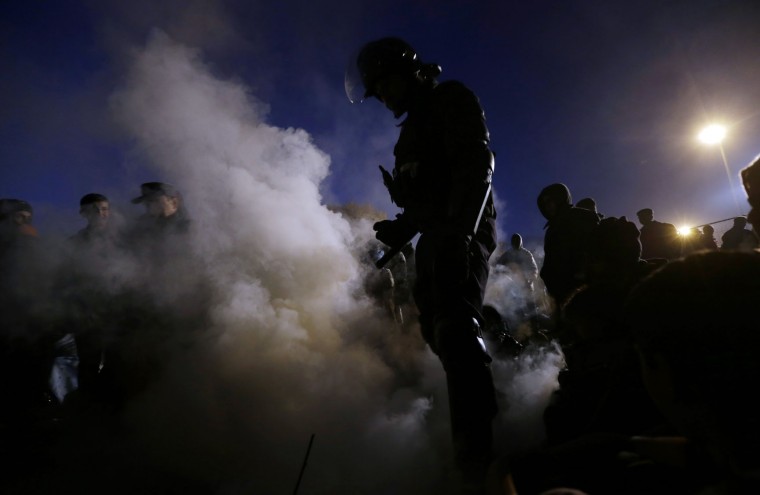 A Slovenian policeman extinguishes fire that migrants were using to warm themselves while waiting to enter a camp in Spielfeld, Austria, Sunday, Oct. 25, 2015. Thousands of people are trying to reach central and northern Europe via the Balkans but often have to wait for days in mud and rain at the Serbian, Croatian and Slovenian borders. (AP Photo/Petr David Josek) 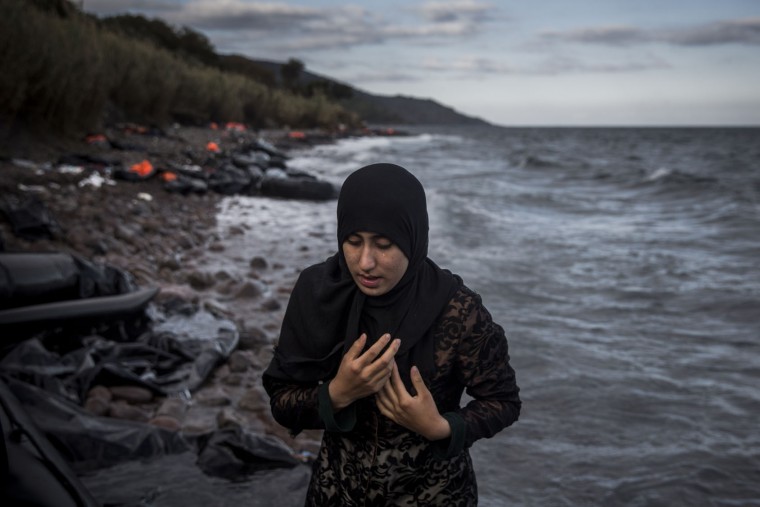 A woman cries after arriving at a beach by dinghy from a Turkish coast to the northeastern Greek island of Lesbos, Sunday, Oct. 25, 2015. The International Office for Migration says Greece over the last week experienced the largest single weekly influx of migrants and refugees this year, at an average of some 9,600 per day. (AP Photo/Santi Palacios) 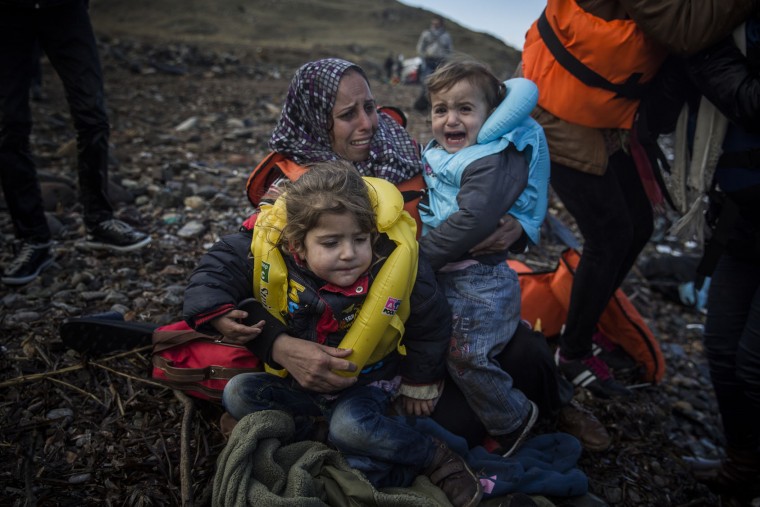 A woman holds two children on a beach after arriving on a dinghy from a Turkish coast to the northeastern Greek island of Lesbos, Sunday, Oct. 25, 2015. The International Office for Migration says Greece over the last week experienced the largest single weekly influx of migrants and refugees this year, at an average of some 9,600 per day. (AP Photo/Santi Palacios) 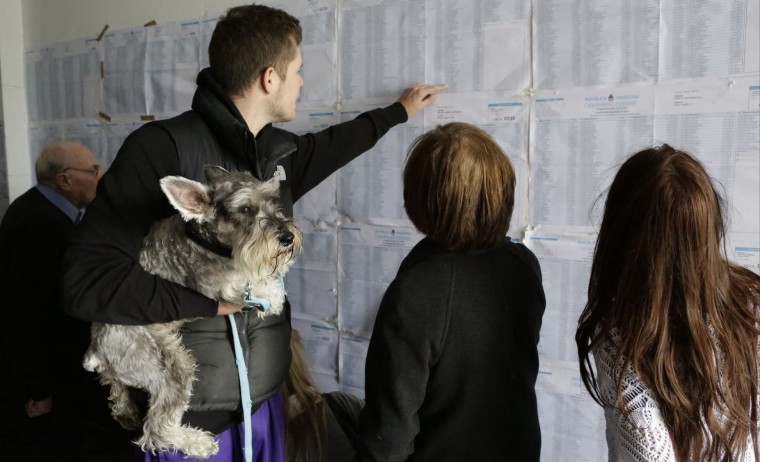 A voter holding his dog helps others find their names on voter lists during elections in Buenos Aires, Argentina, Sunday, Oct. 25, 2015. Argentines are weighing continuity versus a financial overhaul in Sunday’s elections as they pick the successor to President Cristina Fernandez. (AP Photo/Jorge Saenz)