Protests around the world, autumn weather, an Indian festival | Oct. 14 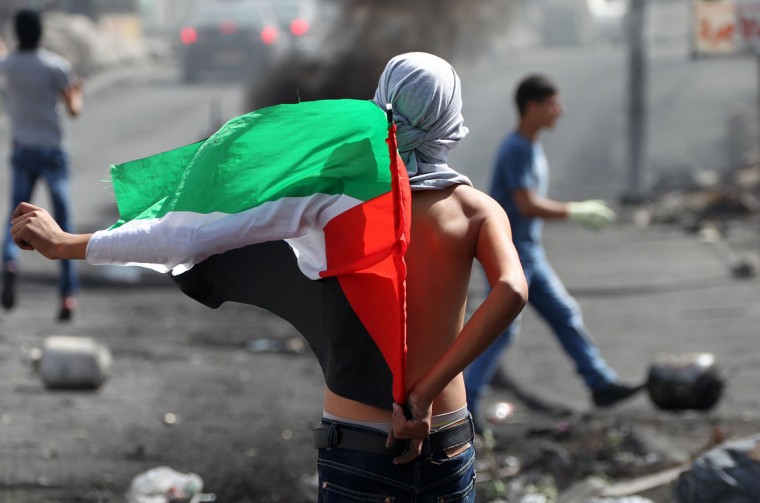 A Palestinian holds a national flag during clashes with Israeli security forces on October 13, 2015 near the Jewish settlement of Beit El, just north of the West Bank city of Ramallah. Prime Minister Benjamin Netanyahu said that Israel would use “all means” available to end Palestinian violence and that new security measures were planned. (AFP Photo/Abbas Momani) 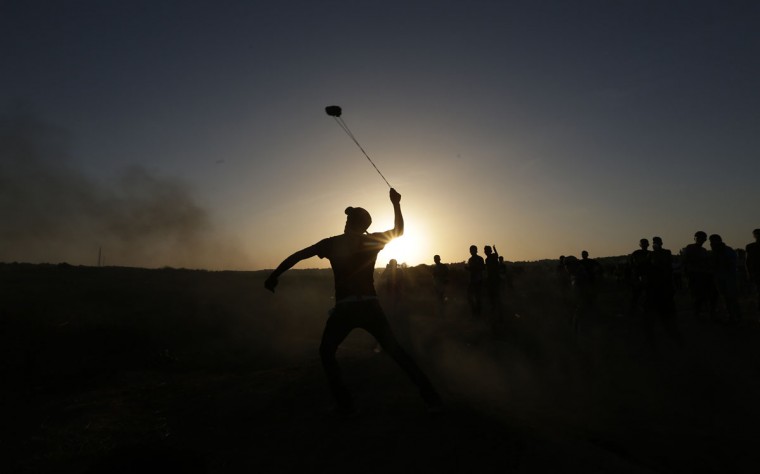 A masked Palestinian protester hurls a stone towards Israeli troops during clashes near a border fence between Israel and the Gaza Strip n October 14, 2015 east of Bureij in central Gaza. The outbreak of violence between Palestinians and Israeli forces in recent weeks has worsened in October, raising fears of a third intifada, or uprising. (AFP Photo/Mahmud Hams) 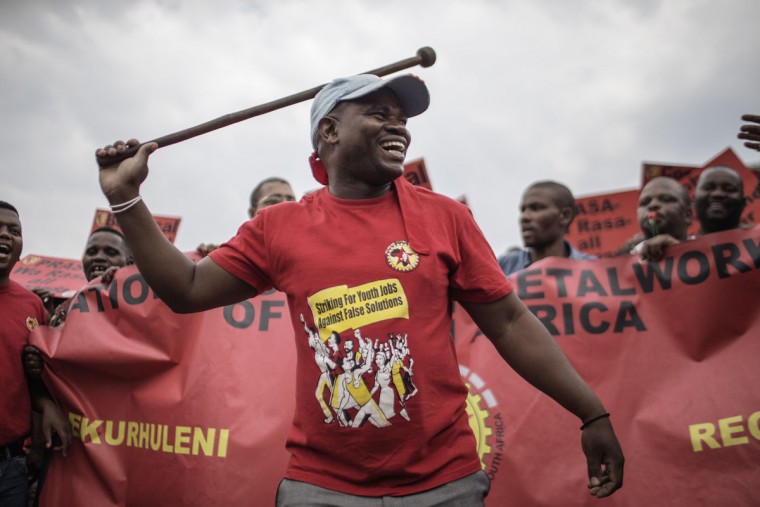 A man holds a batton as National Union of Metalworkers of South Africa (NUMSA) and anti-corruption activists gather as thousands of protesters from various South African political and civil society groups and trade unions march through the streets of Johannesburg, South Africa, on October 14, 2015 to protest against rampant corruption. Several thousand demonstrators marched through Johannesburg to protest against government corruption as public anger builds over South Africa’s weakening economy. The rally was led by the National Union of Metal Workers of South Africa (NUMSA), which has become a powerful voice of opposition to President Jacob Zuma and the ruling Africa National Congress (ANC) party. (AFP Photo/Gianluigi Guercia) 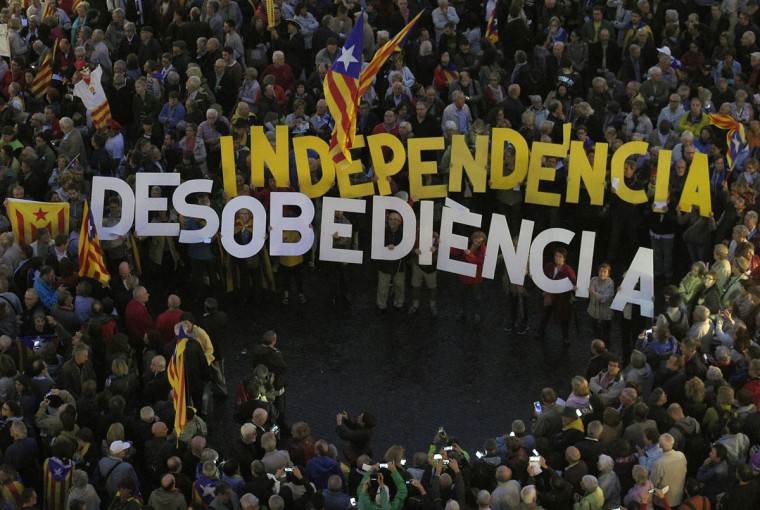 People gather with two banners that read ” Indenpendece” and “disobedience” during a protest outside Barcelona’s City Council on October 13, 2015 in support of Catalonia’s regional government president and leader of the Catalan Democratic Convergence (CDC) Artur Mas, the Catalan Minister of Education Irene Rigau and the former Catalan vice-president of Catalonia’s regional government Joana Ortega who are charged with civil disobedience and misuse of public funds for holding a non-binding ballot in November 2014 in which Catalans were asked to vote on whether their region should remain part of Spain. Spanish judges today started questioning Catalan officials charged with breaking the law by holding a vote last year on their contested drive for independence from Spain. (AFP Photo/Lluis Gene) 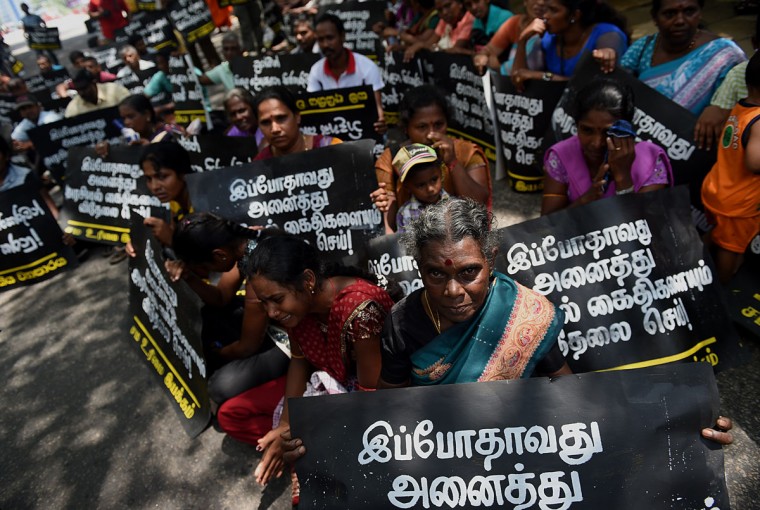 Tamil protesters hold placards demanding the release of activists being held under tough anti-terror laws in the Sri Lankan capital Colombo on October 14, 2015. Hundreds of Tamils are said to be held in detention without trial for years despite the end of the islands drawn out Tamil separatist war in May 2009. (AFP Photo/ Ishara S. Kodikara) 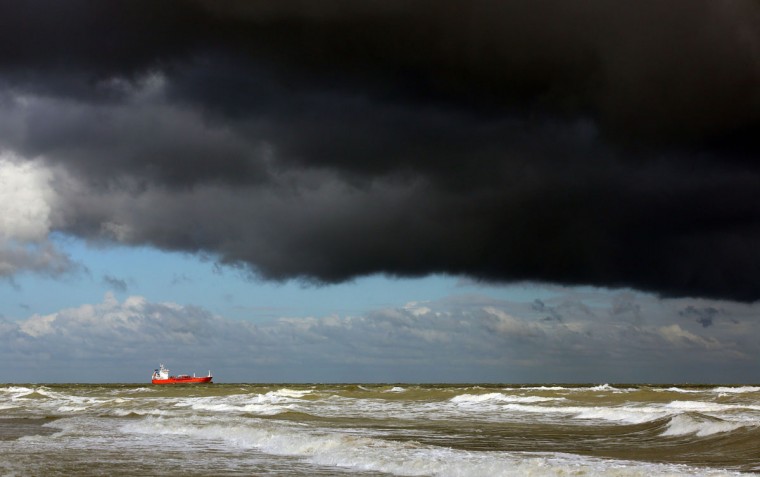 A ship is moored seeking shelter beneath stormy skies in the English Channel off the coast of Margate, south eastern England, Wednesday Oct. 14, 2015. Britain’s weather is turning colder as autumnal storms head for the island. (Gareth Fuller/PA via AP) 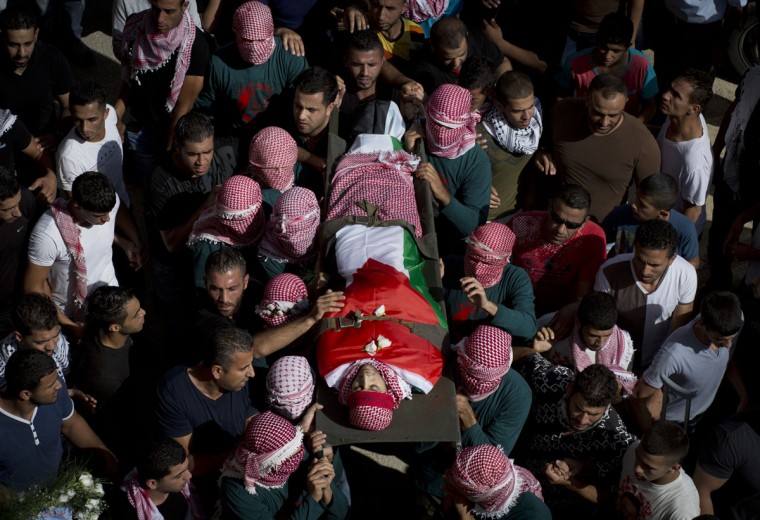 Palestinian mourners carry the body of Moataz Zawahara, who was killed in clashes with Israeli troops, during his funeral in Deheisha refugee camp, near the West Bank city of Bethlehem, Wednesday, Oct. 14, 2015. (AP Photo/Nasser Nasser) 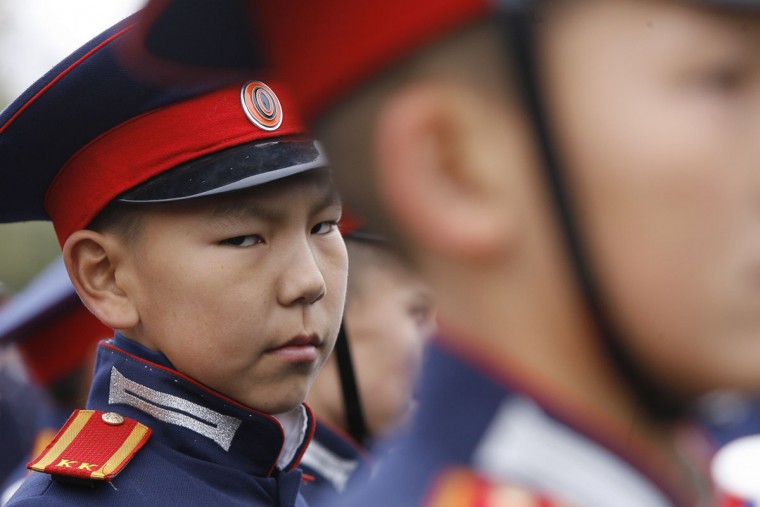 A cadet attends the 5th International Cossack Congress in the southern Russian city of Novocherkassk on October 14, 2015. Some 300 delegates from 26 countries participate in the three-day long event, according to local media. (AFP Photo/Sergei Venyavsky) 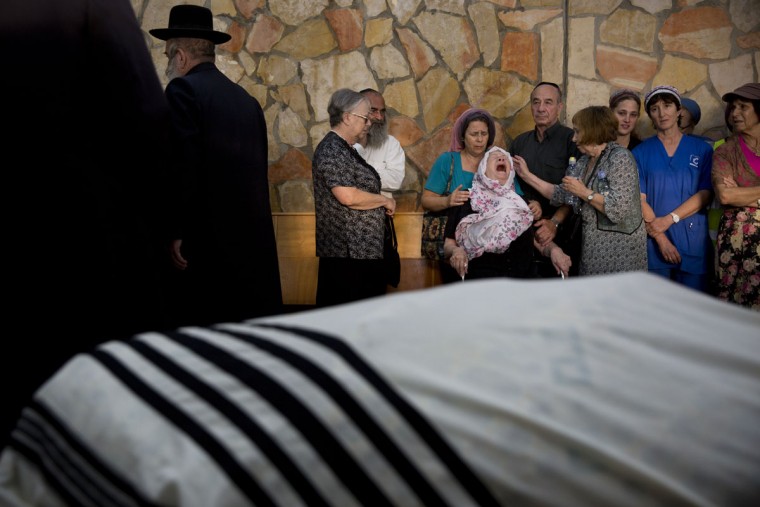 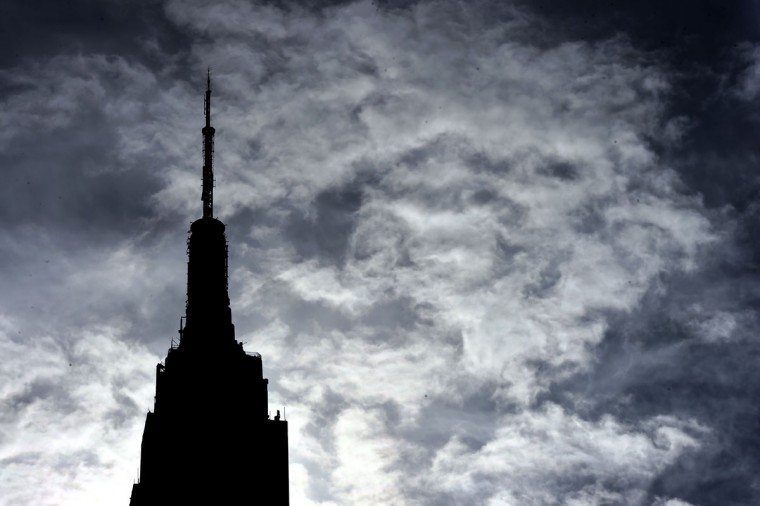 The Empire State Building is silhouetted against the clouds in the sky in Midtown Manhattan October14, 2015. The city has been experiencing warmer than normal weather with temperatures in the 70s. (AFP Photo/Timothy Clary) 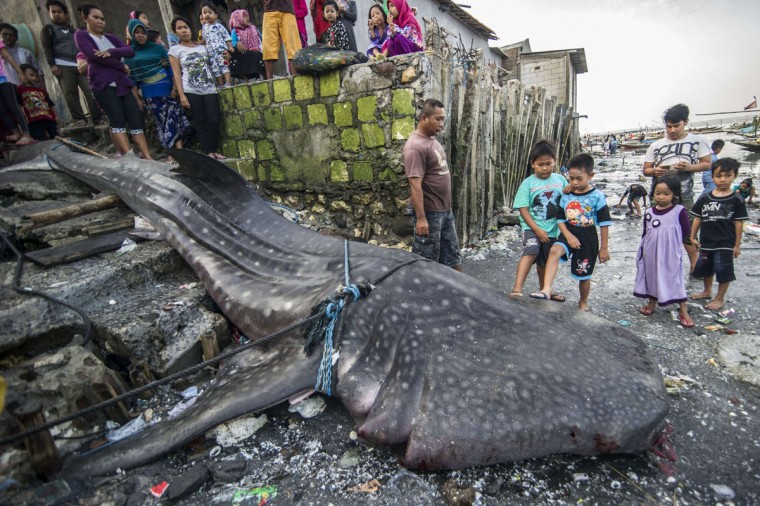 Locals gather around the carcass of a dead whale shark, caught by fishermen in the sea off of Surabaya, on the East Java island, on October 12, 2015. Fishermen originally planned to cut the giant fish measuring seven meters and weighing two tons and sell its meat but authorities from local fishery agencies arrived and negotiated with villagers to bury the whaleshark. Indonesia in 2013 has declared the whale shark a protected species, including it in the International Union for Conservation of Natures red list of threatened species. Despite their mammoth size, these docile sharks, the largest fish in the sea, are filter feeders and are harmless to humans. (AFP Photo/Juni Kriswanto) 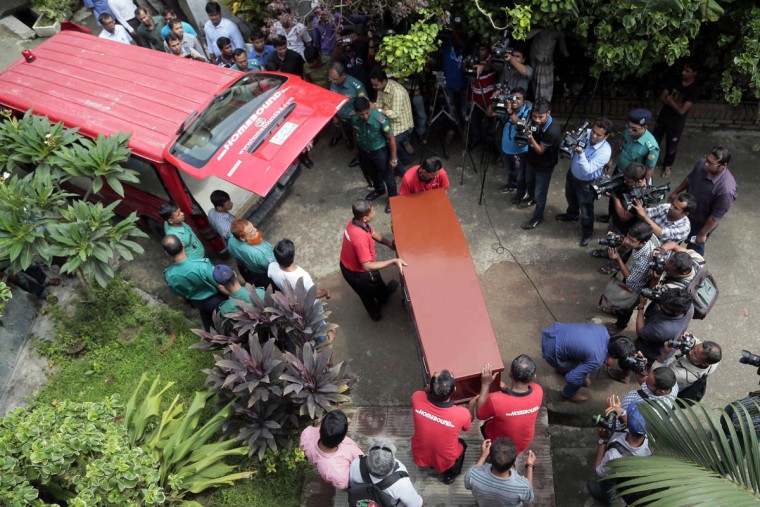 The body of Italian citizen Cesare Tavella, who was gunned down by unidentified assailants, is carried towards a waiting ambulance in Bangladesh, in Dhaka, Bangladesh, Wednesday, Oct. 14, 2015. The recent killings of two foreigners in the country, Tavella and a Japanese, has spooked tourists and expatriates in the impoverished South Asian nation, raising alarms about whether Islamic radicals are gaining a foothold and whether foreigners are safe in the moderate, secular nation. (AP Photo/A.M. Ahad) 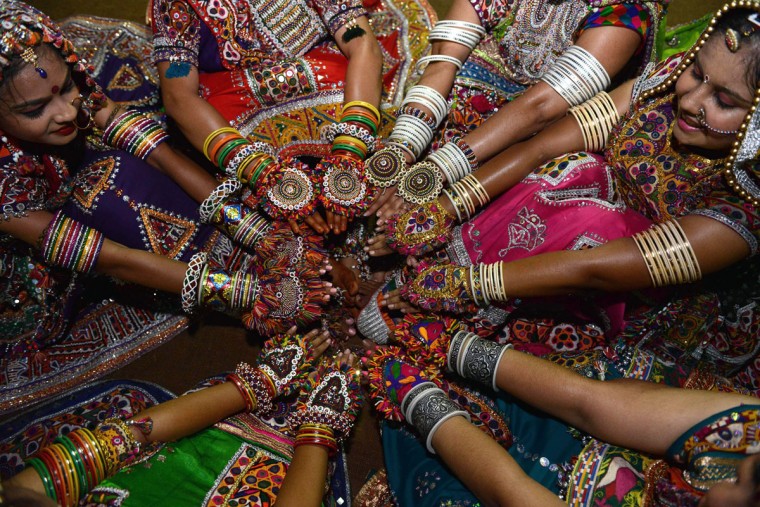 Indian folk dancers display ornaments during a break while participating in the first night of Navratri in Gandhinagar, some 30 km from Ahmedabad, on October 13, 2015. Navratri festivities, or Dance Festival of Nine Nights, takes place between October 13-21. (AFP Photo/Sam Panthaky) 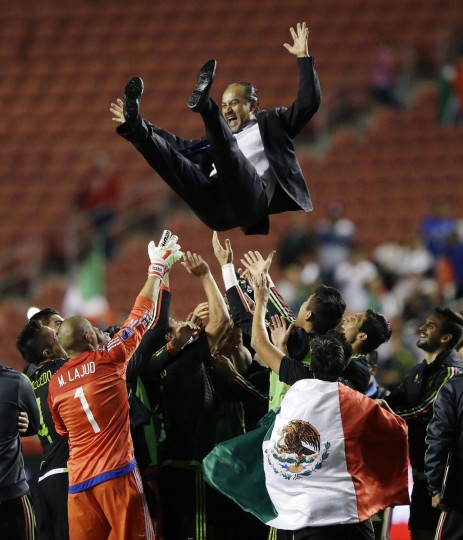 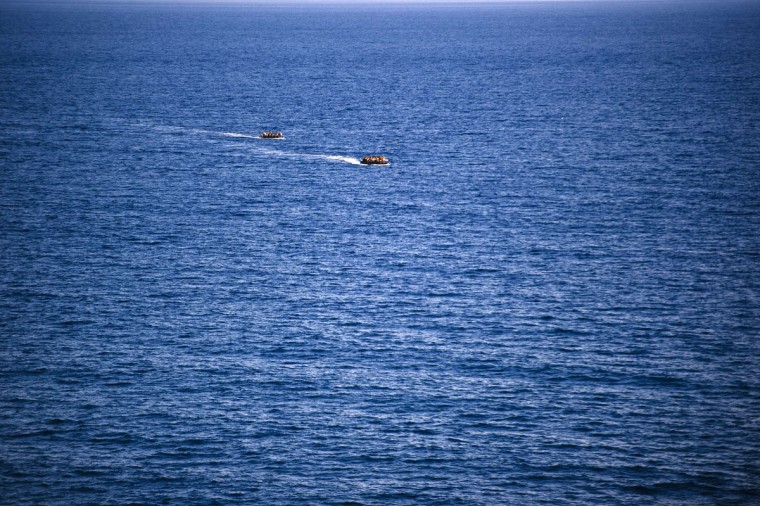 Refugees and migrants arrive on rubber boats on the Greek island of Lesbos, after crossing the Aegean sea from Turkey, on October 14, 2015. (AFP Photo/Dimitar Dilkoff) 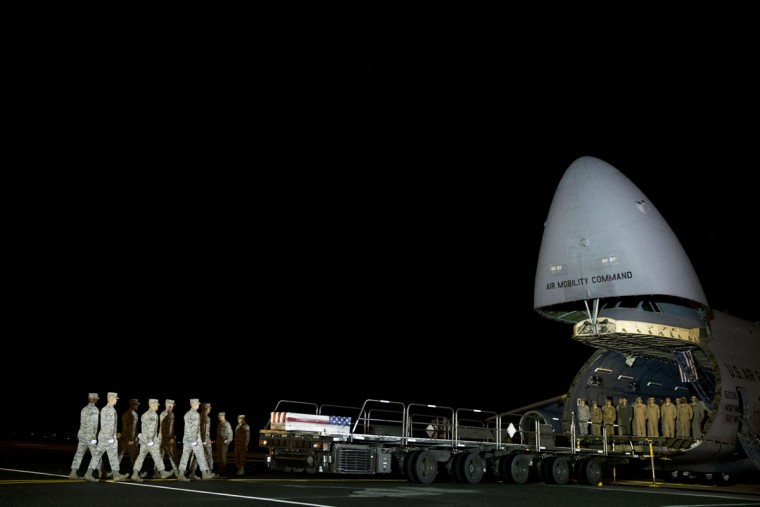 An Air Force carry team moves to a transfer case containing the remains of Maj. Phyllis J. Pelky, Tuesday, Oct. 13, 2015, at Dover Air Force Base, Del. According to the Department of Defense, Pelky, 45, of Rio Rancho, N.M. died Oct. 11 in the crash of a British Puma Mk2 helicopter in Kabul, Afghanistan while supporting Operation Freedomís Sentinel. (AP Photo/Matt Rourke) 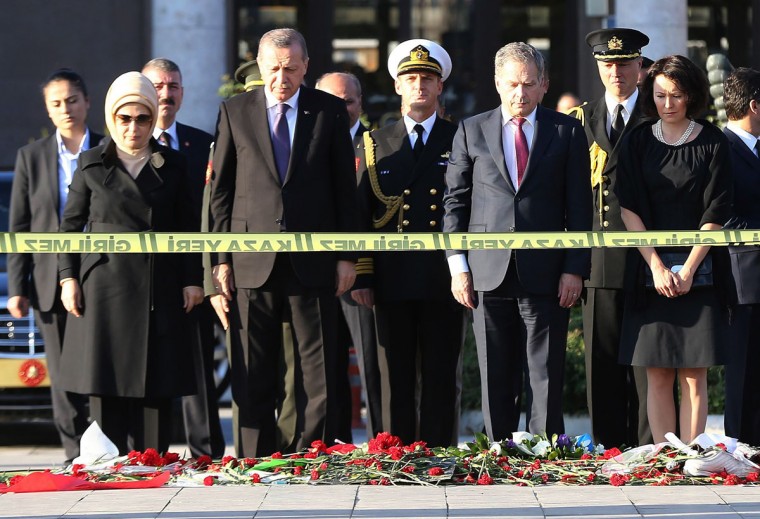 Turkey’s President Recep Tayyip Erdogan (2nd L), Finland’s President Sauli Niinisto (2nd R), and their wives Emine Erdogan (L) and Jenni Haukio attend a wreath-laying ceremony at the site of the weekend twin bombings in Ankara in front of the city’s railway station on October 14, 2015. Turkish President Recep Tayyip Erdogan paid homage on Wednesday at the site of the twin bombings in Ankara, where two suicide bombers blew themselves up on October 10 in a crowd of leftist and pro-Kurdish activists attending a peace rally, killing 97 people. The government has said the Islamic State (IS) group is the prime suspect behind the attack, which also injured more than 500. (AFP Photo/Adem Altan) 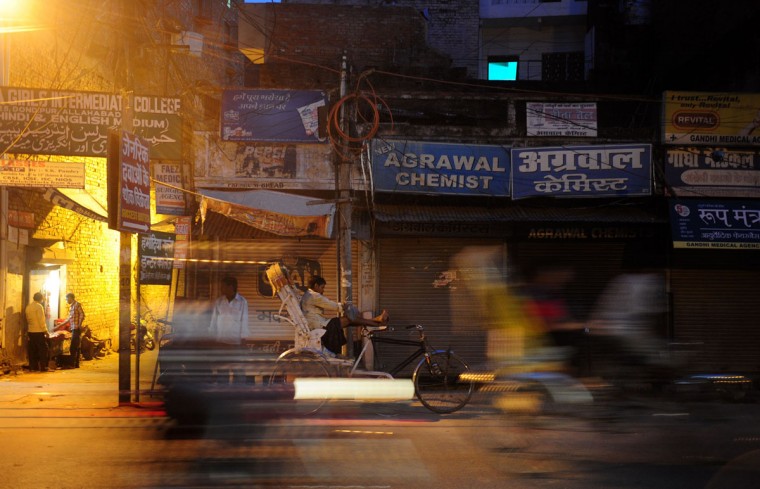 An Indian rickshaw puller waits for passengers outside a closed drugstore during a nationwide strike called by the All India Organisation of Chemists and Druggists Associations (AIOCDA) against the online sale of medicines, in Allahabad on October 14, 2015. (AFP Photo/Sanjay Kanojia) 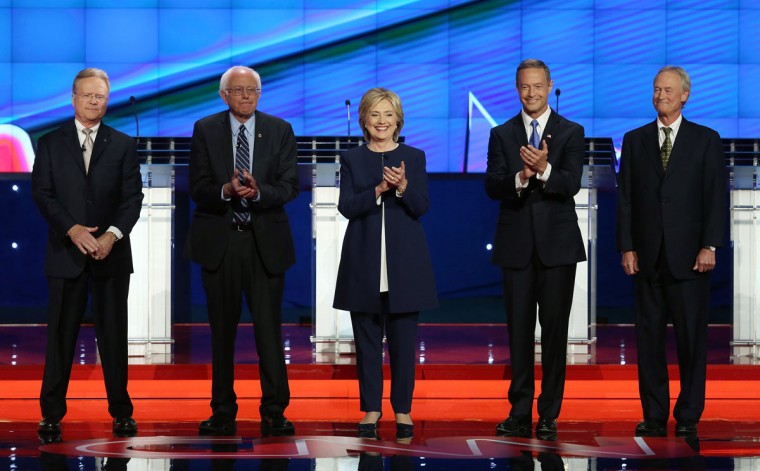 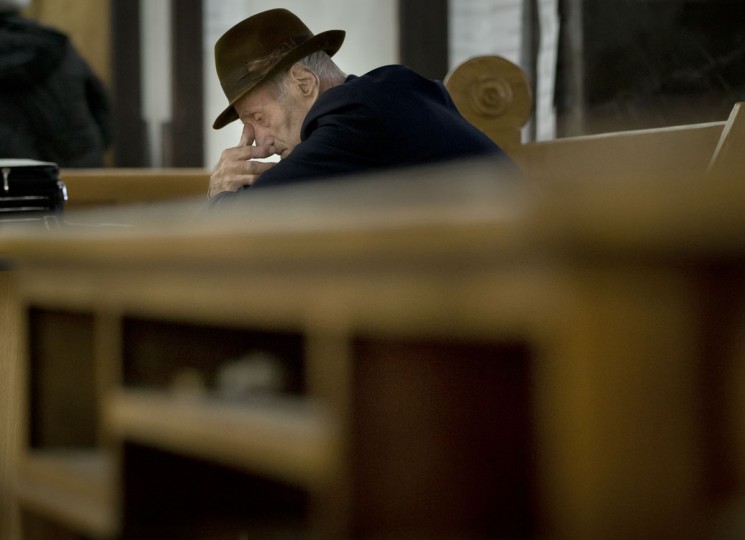 Former communist prison commander Alexandru Visinescu waits for the start of the hearing in his appeal at the High Court for Cassation and Justice in Bucharest, Romania, Wednesday, Oct. 14, 2015. Visinescu, commander of the Ramnicu Sarat prison from 1956 to 1963, was convicted, in the first such trial in Romania, to 20 years in jail for the deaths of 12 political prisoners during his command. The hearing was quickly adjourned because Visinescu did not have a lawyer. (AP Photo/Vadim Ghirda)