An athlete prepares for his training on the high bar for the upcoming World Artistic Gymnastics championships in Glasgow, Scotland, on Thursday. The Championships with 594 athletes from 87 countries will be run from through Nov. 1. (Matthias Schrader/AP) 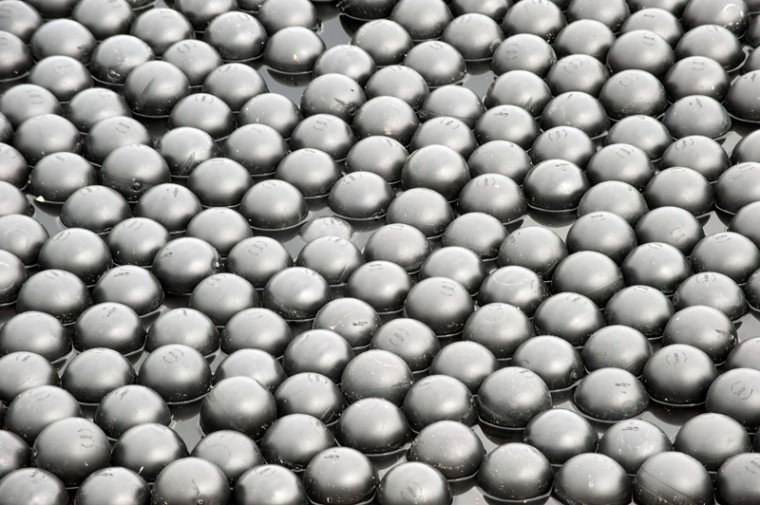 Dark plastic spheres cover a reservoir in order to prevent the evaporation of the water in Combarbala, Coquimbo Region, Chile, on Tuesday. The effects of El Nino are expected to last until next spring and forecasters have warned it could be one of the strongest on record. The last major El Nino episode took place in 1997 to 1998. (SEBASTIAN RAMOS/AFP/Getty Images) 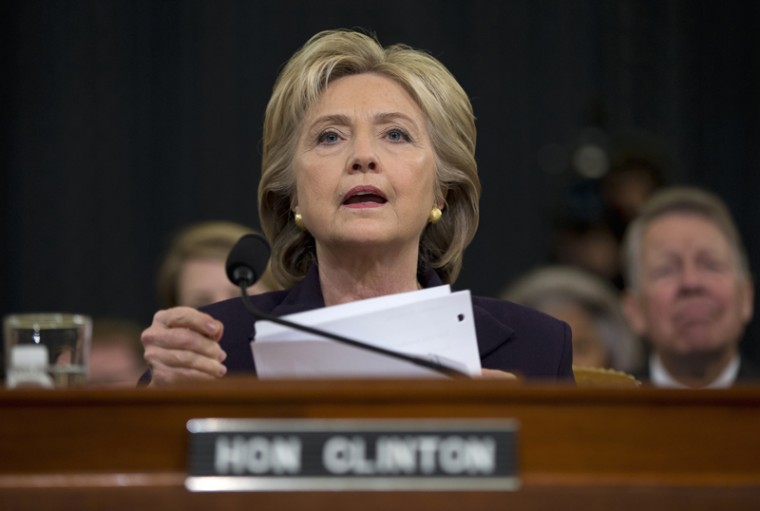 Democratic presidential candidate, former Secretary of State Hillary Rodham Clinton, looks toward the dais as she settles into her seat on Capitol Hill in Washington on Thursday prior to testifying before the House Benghazi Committee. (Evan Vucci/AP) 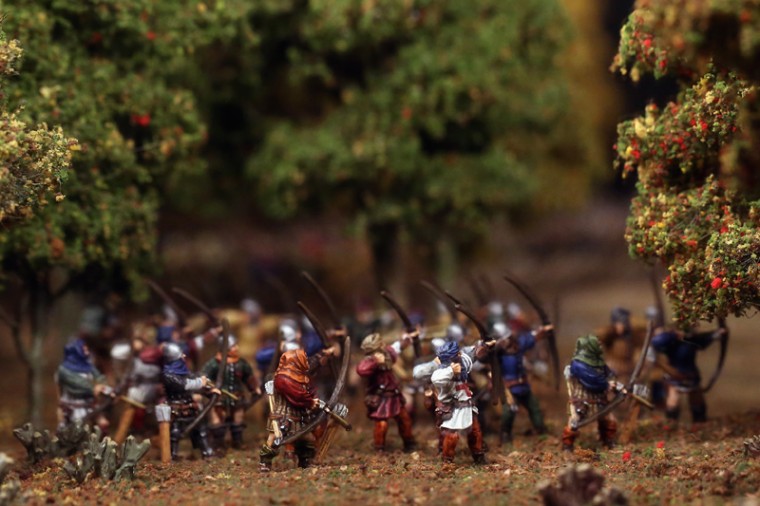 A close-up of miniature figures taking part in the Battle of Agincourt, containing over 40,000 scale model figures on a detailed diorama of the battlefield during a press preview at a new exhibition commemorating the 600th anniversary of the battle, at the Tower of London, on Thursday in London. The exhibition, in conjunction with the Royal Armories, features rare and iconic objects from the collections of the Royal Armories. The exhibition runs until Jan. 31 in the White Tower at the Tower of London. (Dan Kitwood/Getty Images) 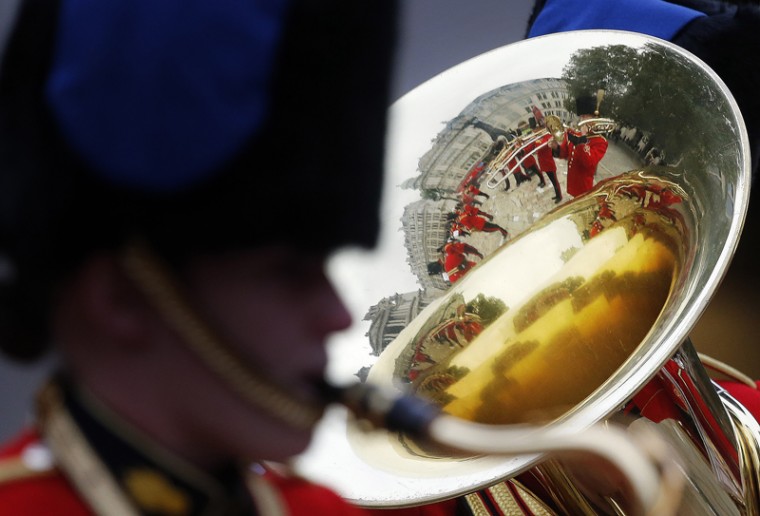 A military band is reflected in the bell of an instrument as it plays prior to the arrival of Britain’s Prince Harry, to attend a service at St Paul’s Cathedral to mark the 75th anniversary of Explosive Ordnance Disposal across the British Armed Forces in London, on Thursday. The British military is marking the contribution made by the armed forces bomb disposal teams. (Frank Augstein/AP) 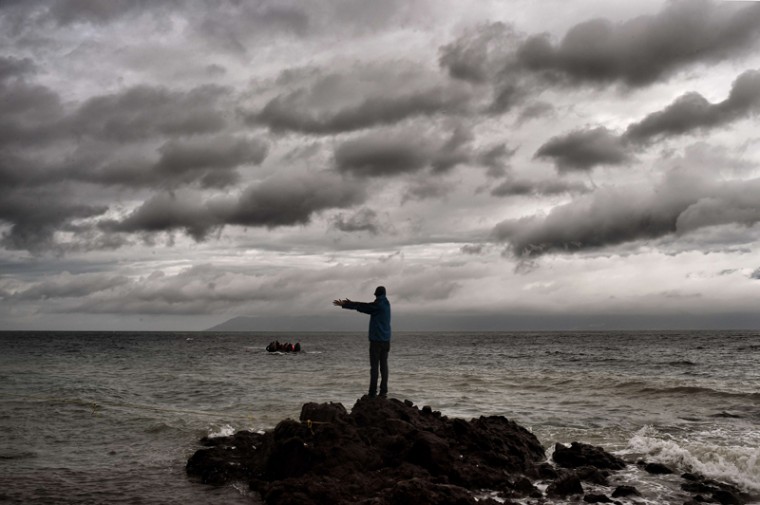 Refugees and migrants arrive at Lesbos island after crossing the Aegean sea from Turkey on Thursday. Europe is facing a huge influx on all sides, with nearly 365,000 migrants and refugees having crossed the Mediterranean, often in flimsy boats and at the mercy of ruthless human smugglers, to reach the continent since January. (ARIS MESSINIS/AFP/Getty Images) 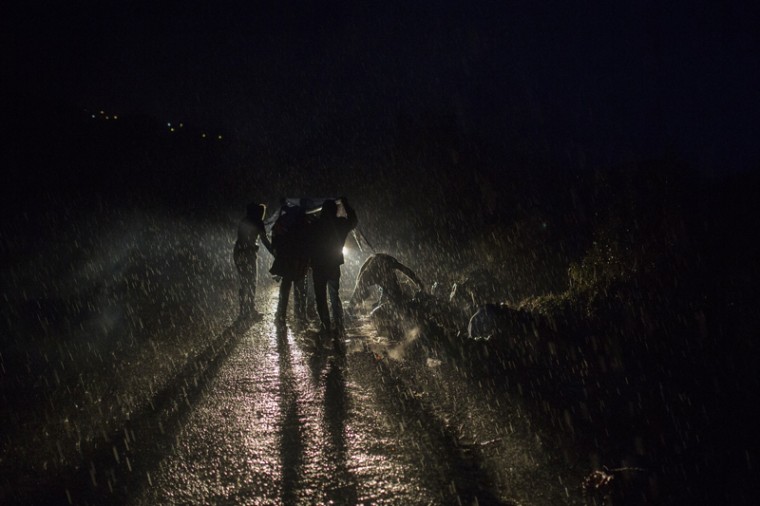 Refugees wait under the rain for a bus, transferring them to a processing center, in Skala Sikaminias village, on the northeastern Greek island of Lesbos, early Thursday. Greece is the main entry point for those fleeing violence at home and seeking a better life in the European Union. More than 500,000 people have arrived so far this year on Greece’s eastern islands, paying smugglers to ferry them across from nearby Turkey. (Santi Palacios/AP) 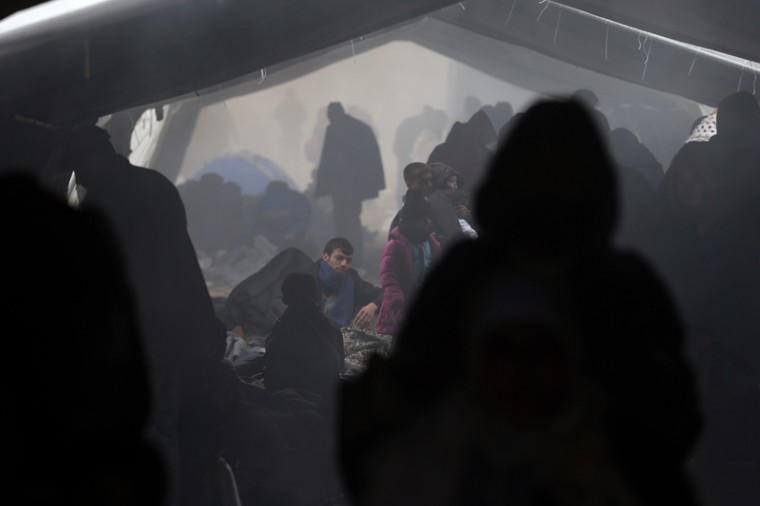 Migrants rest in tents as they wait to cross a border between Serbia and Croatia, near the village of Berkasovo, Serbia, on Thursday. Many migrants from the Middle East, Asia and Africa expressed bewilderment and disappointment because they had been told as they began their journeys in Turkey that the hard part would end once they reached EU countries like Croatia and Slovenia. (Darko Vojinovic/AP) 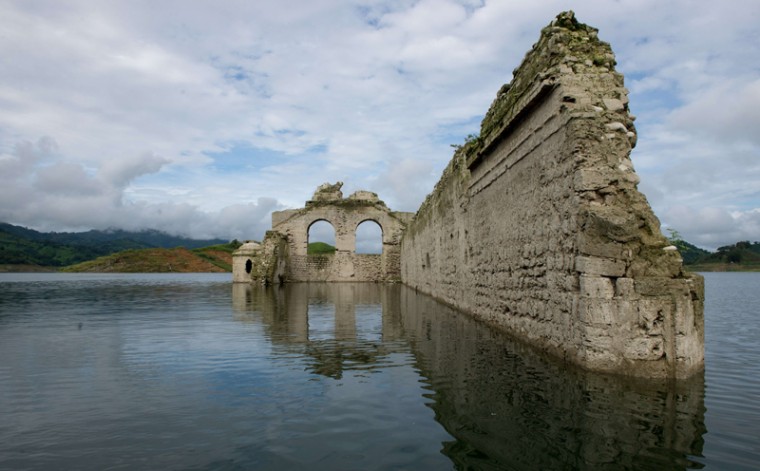 View of the Temple of Santiago, built in the 16th century by Dominican monks in the town of Quechula, which has been partially exposed due to the lowering of the water level of the Malpaso dam in Chiapas state on Wednesday. (MARIO VAZQUEZ DE LA TORRE/AFP/Getty Images) 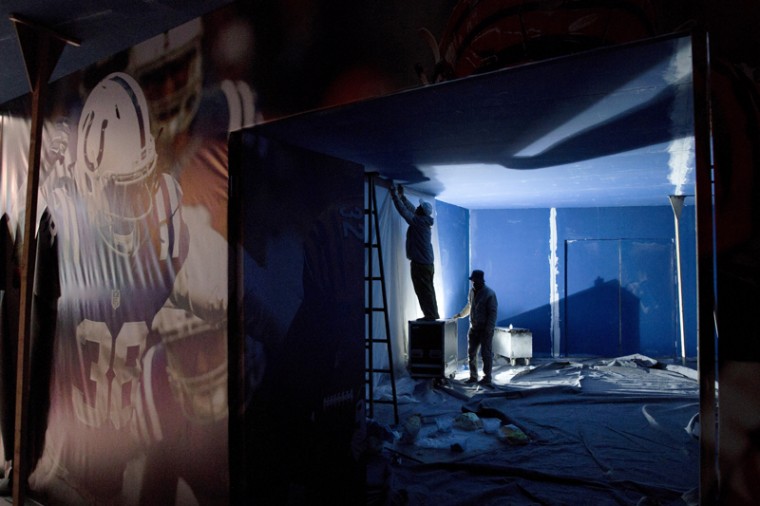 Workers prepare for a National Football League publicity event in Beijing on Thursday. The NFL has been aggressively promoting football in China hoping to take advantage of rising income and growing taste for exotic foreign sports. (Ng Han Guan/AP) 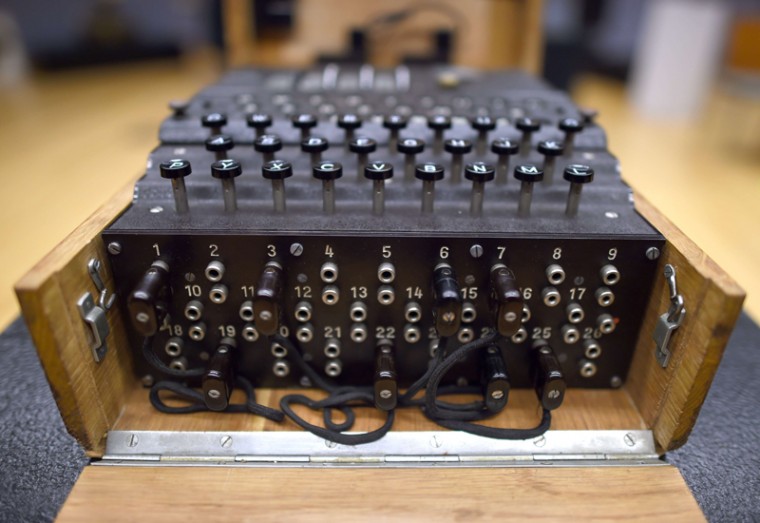 A rare and fully-functional German Naval four-rotor Enigma enciphering machine is viewed at Bonhams New York on Thursday. The machine that headlined the auction “Conflicts of the 20th Century” at Bonhams New York on Wednesday sold for for $365,000, including premium, which set a world-record. Representing the scarcest of the German enigma machines, the M4 was built in 1943-45 and up to 150 machines survived from the approximately 1,500 built. (TIMOTHY A. CLARY/AFP/Getty Images) 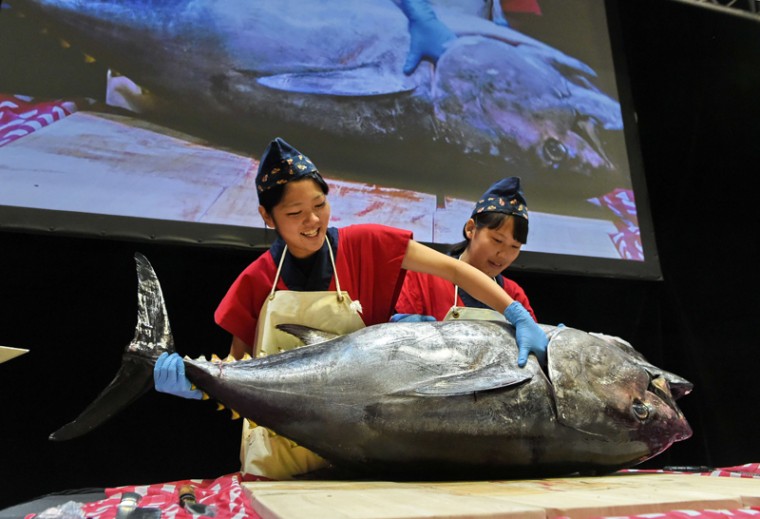 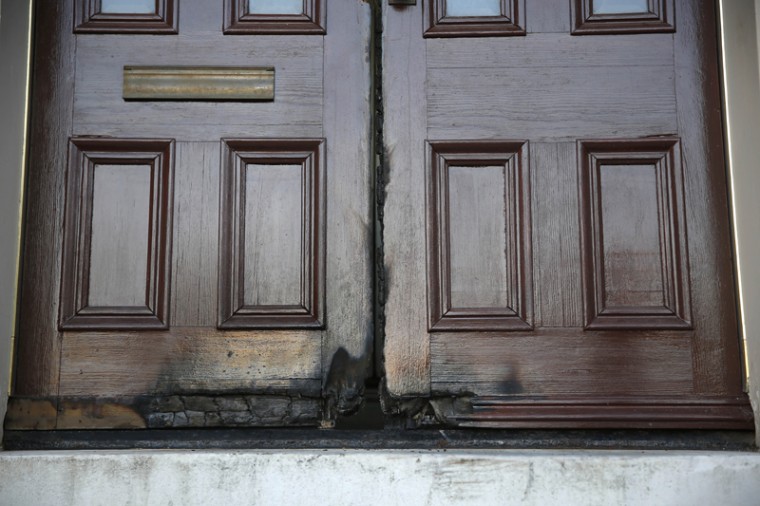 Fire-damaged rectory doors at the 173-year-old Shrine of St. Joseph church that were damaged by an arsonist are shown Thursday in St. Louis. The fire, set early Thursday morning, marks the seventh time in two weeks someone ignited doors outside a place of worship in St. Louis or one of its suburbs, police said. (Jeff Roberson/AP)