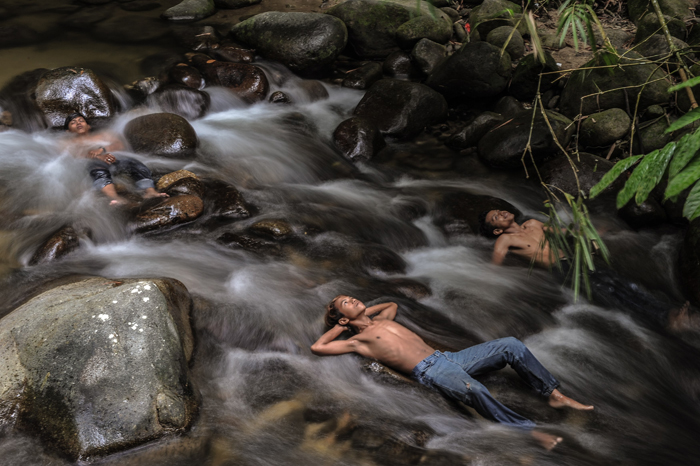 Malaysian youths cool off in a river as schools remain closed due to hazy conditions in Hulu Langat on Tuesday. Malaysia, Singapore and large expanses of Indonesia have suffered for weeks from acrid smoke billowing from fires on Indonesian plantations and peatlands that are being illegally cleared by burning. The regional environmental crisis has caused flights and major events to be cancelled, and forced tens of thousands of people in the region to seek medical treatment for respiratory problems. (MOHD RASFAN/AFP/Getty Images) 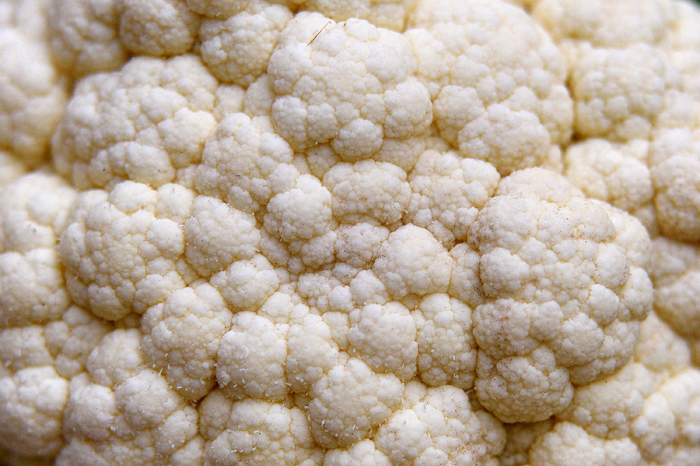 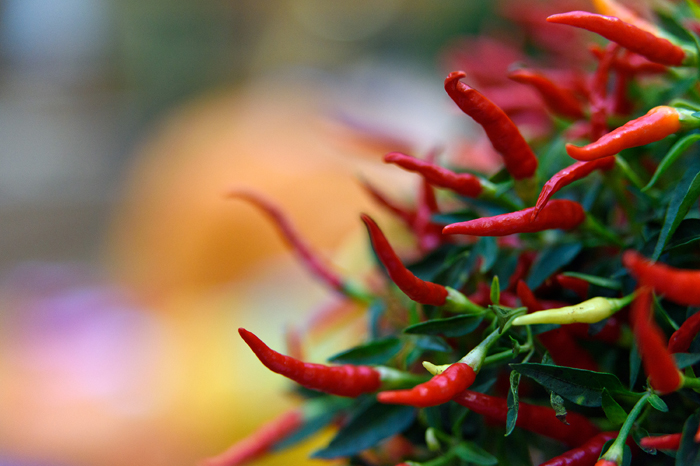 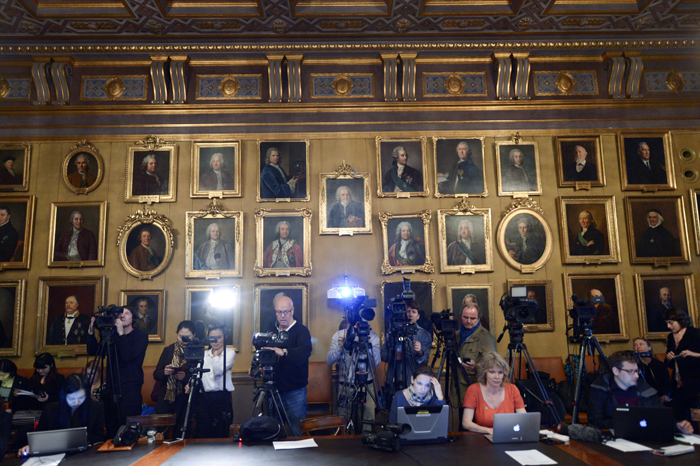 Journalists wait for the beginning of a press conference of the Nobel Committee to announce the winner of the 2015 Nobel Prize in Physics on Tuesday at the Swedish Academy of Sciences in Stockholm, Sweden. Takaaki Kajita of Japan and Canada’s Arthur B. McDonald won the Nobel Physics Prize for work on neutrinos. (FREDRIK SANDBERG/AFP/Getty Images) 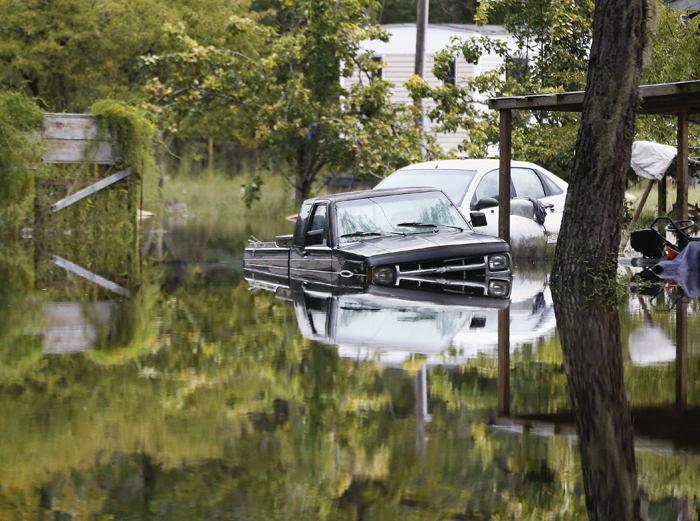 Floodwater surrounds cars parked behind a home in Ridgeville, S.C. Despite an improving forecast, it will still take weeks for the state to return to normal after being pummeled by a historic rainstorm. (John Bazemore/AP) 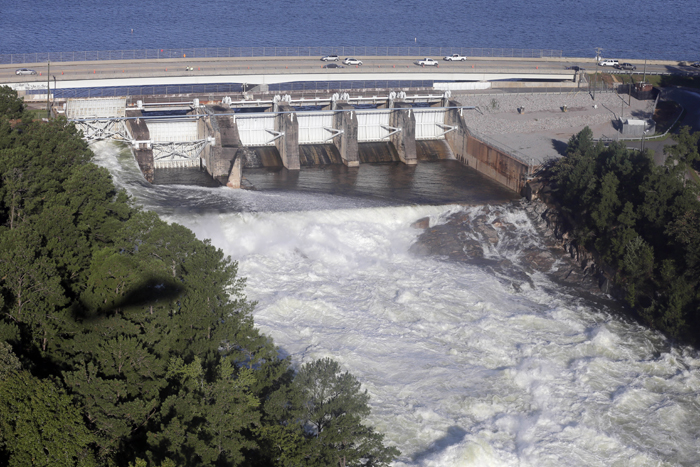 Water pours from a gate in the Lake Murray dam in Columbia, S.C., on Tuesday, Oct. 6. Despite an improving forecast, it will still take weeks for the state to return to normal after being pummeled by a historic rainstorm. (Chuck Burton/AP) 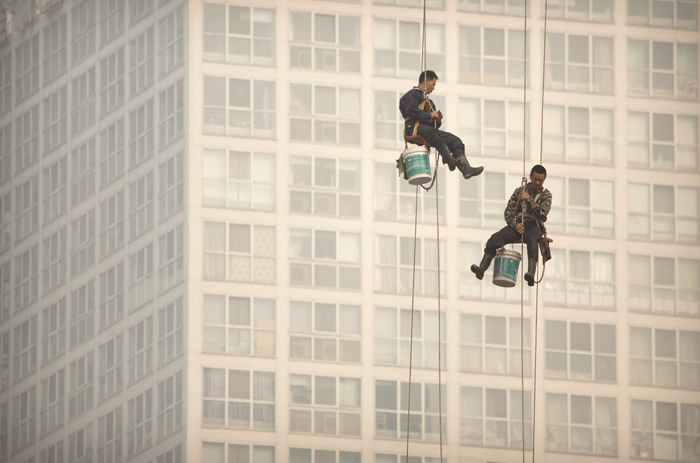 Window washers use cables to lower themselves from a skyscraper while working on a polluted day in Beijing on Tuesday. Air quality readings in the city were at levels considered hazardous by international measuring standards. (Mark Schiefelbein/AP) 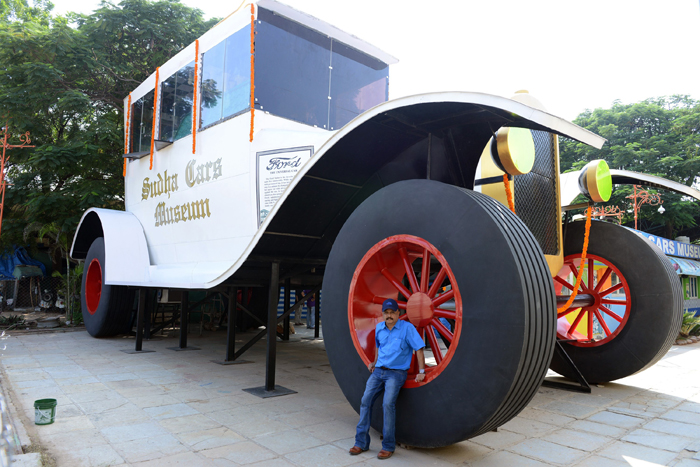 Indian car designer Sudhakar Yadav poses next to a large stationary car modeled on the 1922 Ford Tourer at the Sudha Cars Museum in Hyderabad on Tuesday. The car, which stands 26 feet tall and 50 feet long, was built in an attempt at the Guinness World Record for largest stationary car. (NOAH SEELAM/AFP/Getty Images) 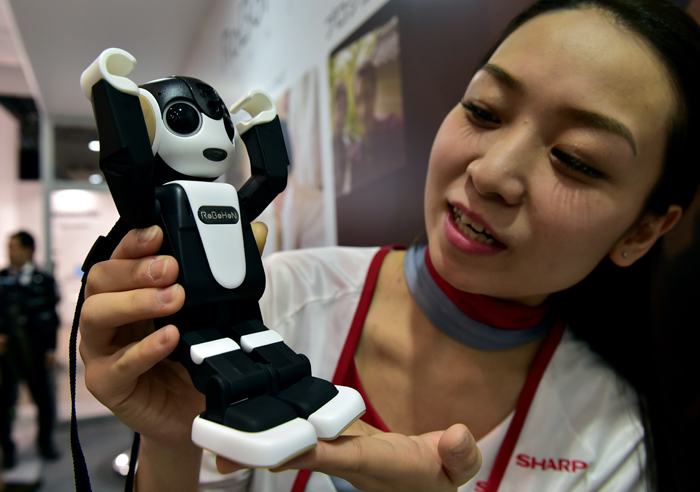 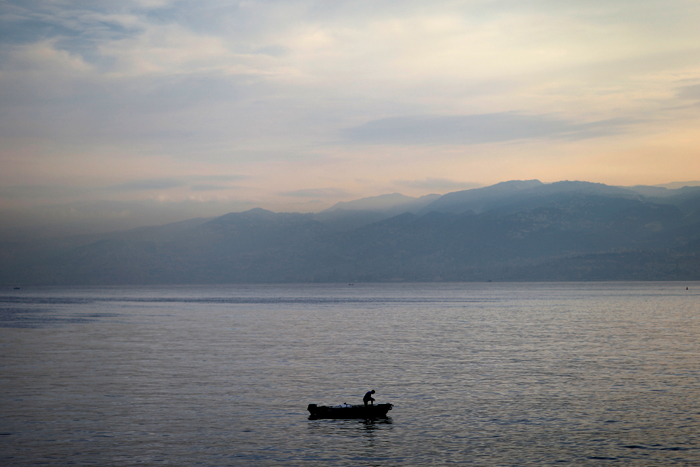 A Lebanese man fishes along the Beirut coastline as the sun rises over the Mediterranean Sea in Lebanon on Tuesday. (Hassan Ammar/AP) 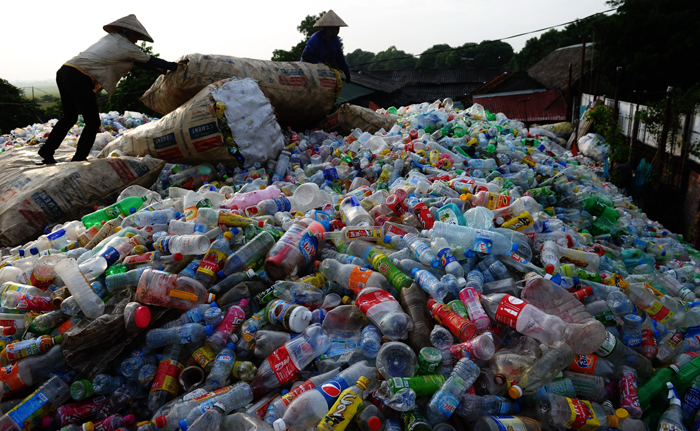 This picture taken on October Sunday shows workers standing on a large pile of used plastic bottles at the roadside shop of a trader of recyclable items in Thach That district on the outskirts of Hanoi. The traders buy the recyclable items from hundreds of mobile collectors before selling them on to factories for recycling. (HOANG DINH NAM/AFP/Getty Images) 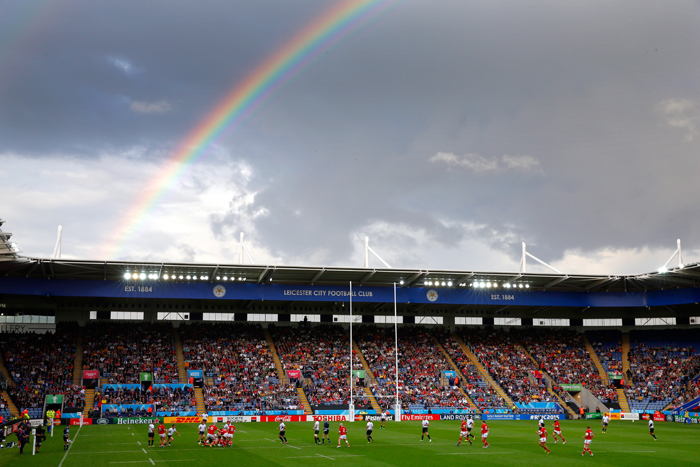 A rainbow shines over the stadium during the 2015 Rugby World Cup Pool D match between Canada and Romania at Leicester City Stadium on Tuesday in Leicester, United Kingdom. (Stu Forster/Getty Images)