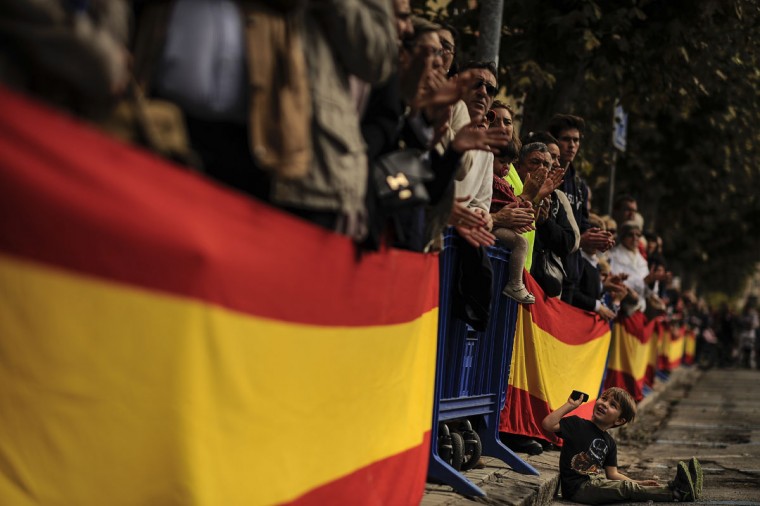 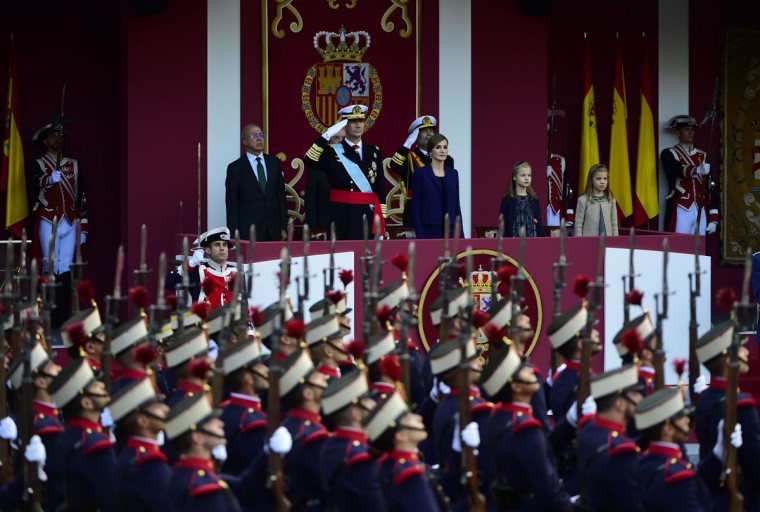 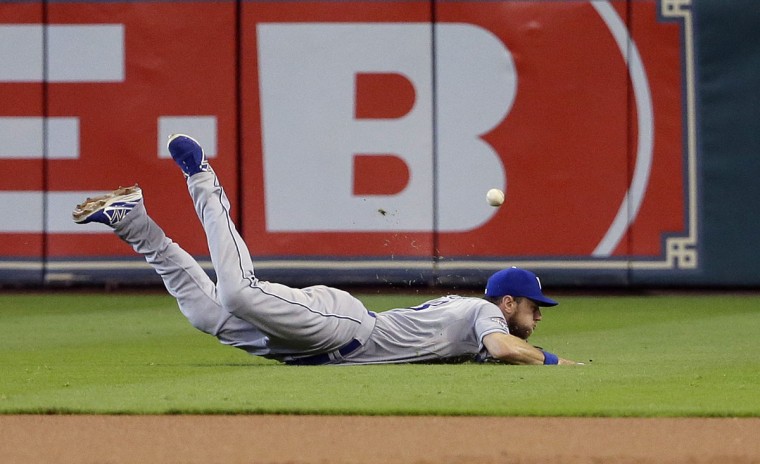 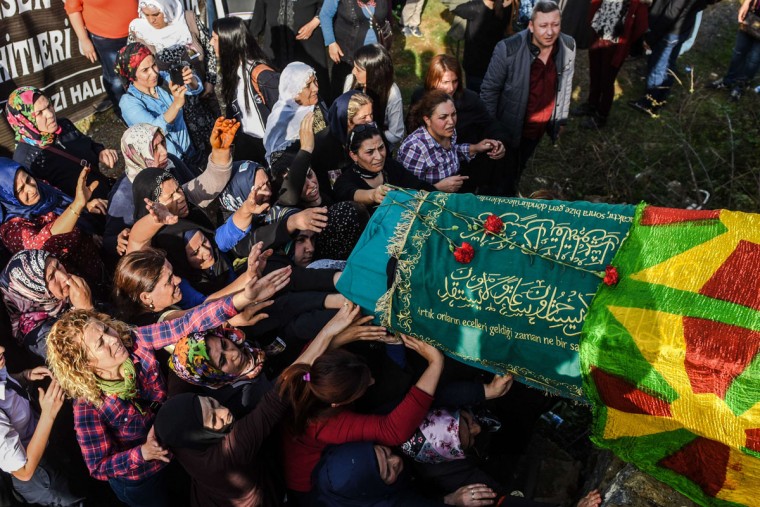 Women carry the coffin of Fatma Esen, one of the victims of the twin bombings in Ankara, during her funeral on October 12, 2015 in the Gazi distrit of Istanbul. Turkey mourned the killing of at least 95 people in twin suspected suicide bombings on a peace rally in Ankara on October 10, its worst ever attack that raised fears for the country’s stability. Prime Minister declared three days of national mourning, with flags flying at half mast across the country, as questions grew over who might have planned such an attack. (AFP Photo/Ozan Kose) 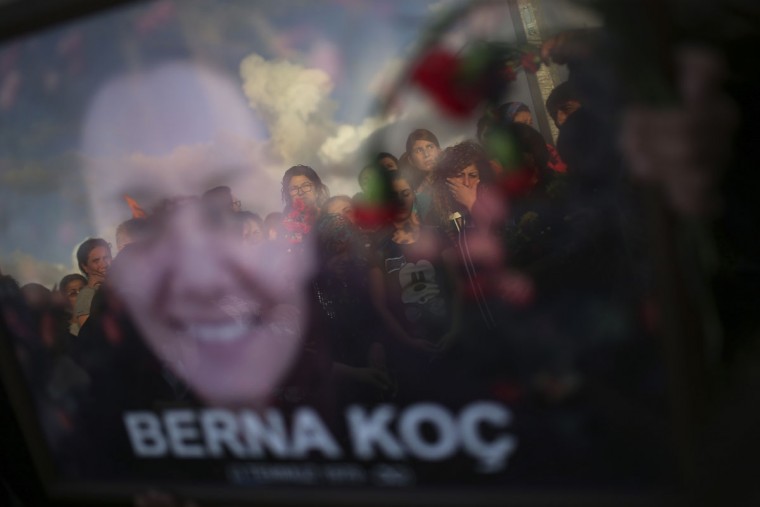 Mourners are reflected on a picture of Berna Koc, one of the victims of Saturday’s Ankara bombing attacks, during a funeral in Izmir, Turkey, Monday, Oct. 12, 2015. Turkish investigators are close to identifying one of the suicide bombers in Turkey’s deadliest attacks in years, Prime Minister Ahmet Davutoglu said Monday. (AP Photo/Emre Tazegul) 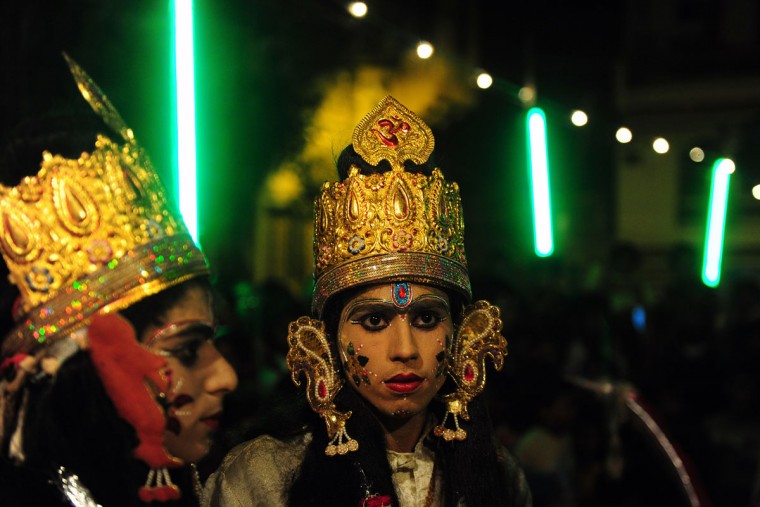 Indian artists perform during a traditional roadside theatre drama narrating the life of Hindu God Rama to celebrate the festival of Dussehra in Allahabad on October 11, 2015. (AFP Photo/Sanjay Kanojia) 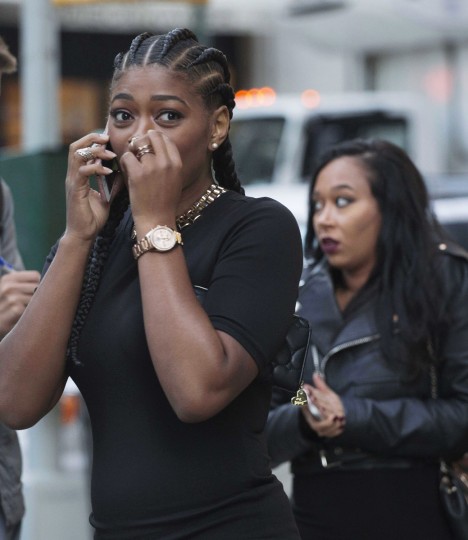 Cassie Frieson makes a phone call after leaving Motivo nightclub, Monday, Oct. 12, 2015, in New York. Frieson was in the club when she heard shots fired outside. Police say the shooting has left one woman dead and two others injured. Investigators are looking for the gunman after the bloodshed around 4 a.m. Monday in the Flatiron District. (AP Photo/Mark Lennihan) 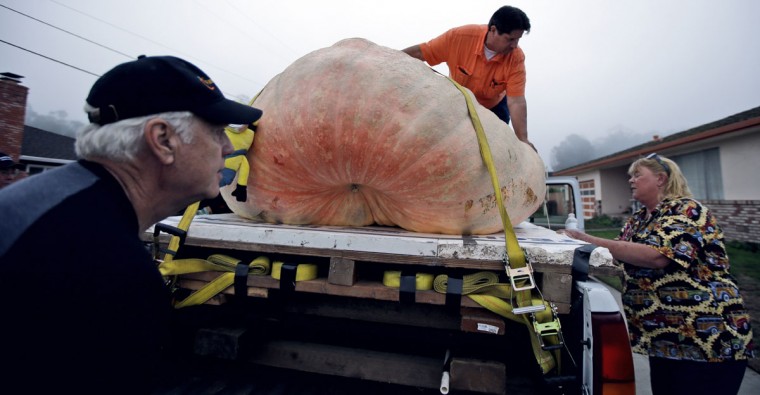 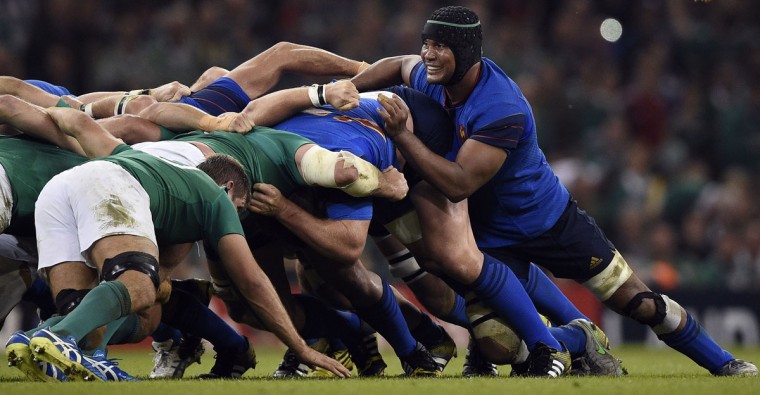 France’s flanker and captain Thierry Dusautoir (R) pushes in a scrum during the Pool D match of the 2015 Rugby World Cup between France and Ireland at the Millennium Stadium in Cardiff, south Wales, on October 11, 2015. (AFP Photo/Franck Fife) 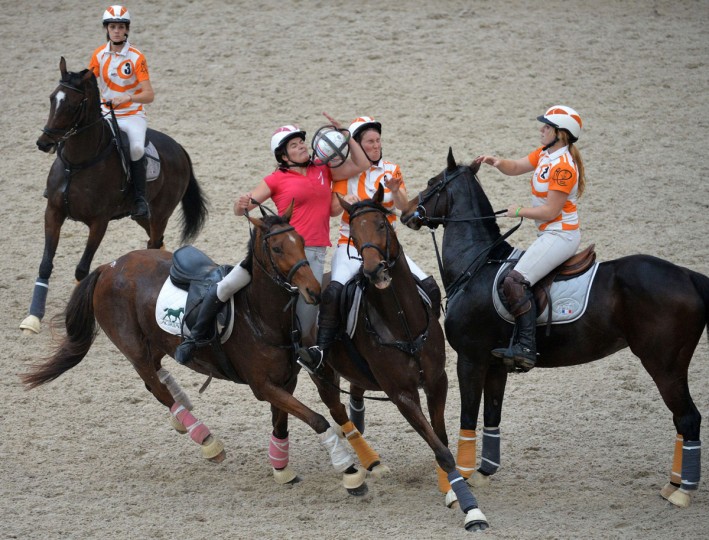 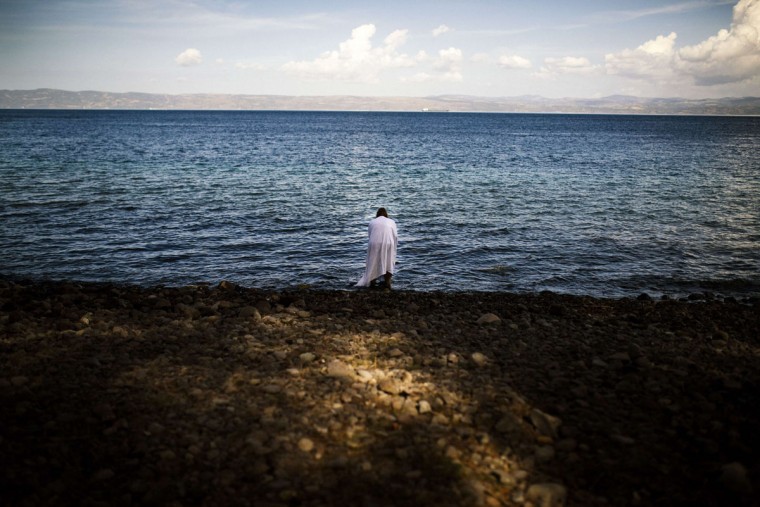 A woman stands on the beach, shortly after she arrived on the Greek island of Lesbos after crossing the Aegean sea from Turkey on October 12, 2015. Greece was hit by a huge new surge in migrants as the United Nations on October 9 approved a European seize-and-destroy military operation against people smugglers in the Mediterranean. (AFP Photo/Dimitar Dilkoff) 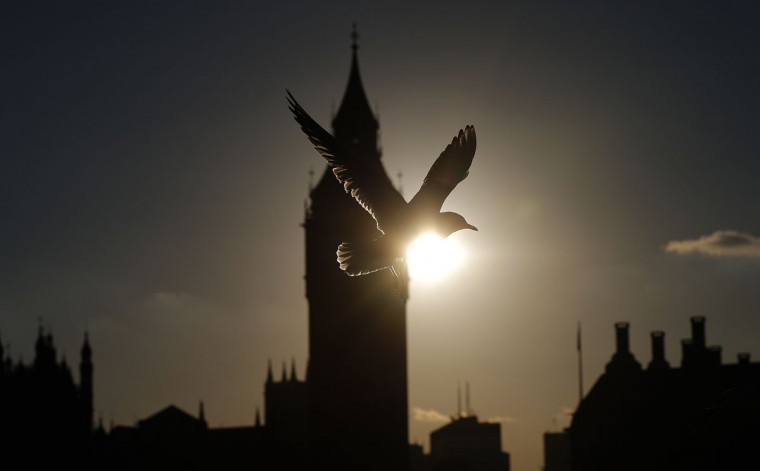 A seagull passes by as the sun sets beside Big Ben’s clock tower, in London, Monday, Oct. 12, 2015. (AP Photo/Frank Augstein) 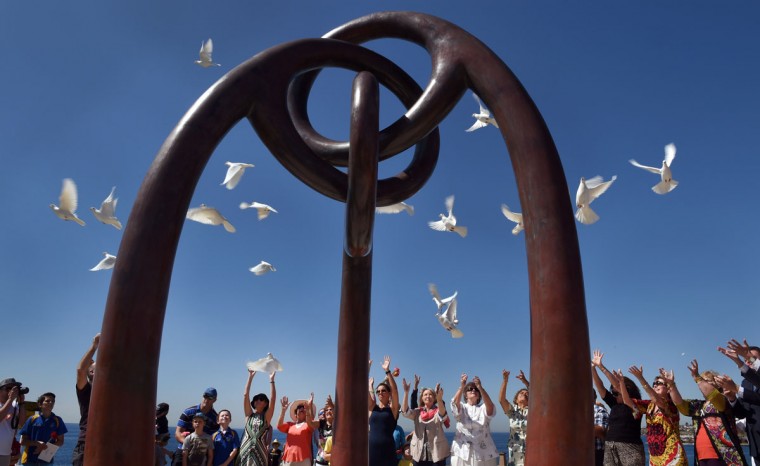 People release 88 doves as political leaders and families of victims of the Bali bombings gathered on Sydney’s Coogee Beach on October 12, 2015, to mark the 13th anniversary of the terrorist attack that killed 88 Australians. Twenty locals from the eastern Sydney suburb died in the bombings at Kuta in 2002. (AFP Photo/William West) 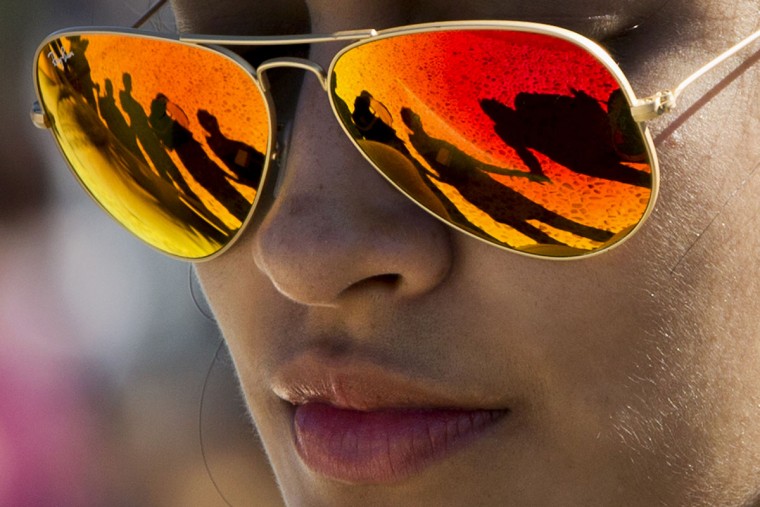 People holding hands in prayer are reflected in a woman’s sunglasses during the Washington Prayer Gathering, with members from churches across Washington, Maryland, and Virginia joining in prayer, Monday, Oct. 12, 2015, at the Lincoln Memorial in Washington. (AP Photo/Jacquelyn Martin)