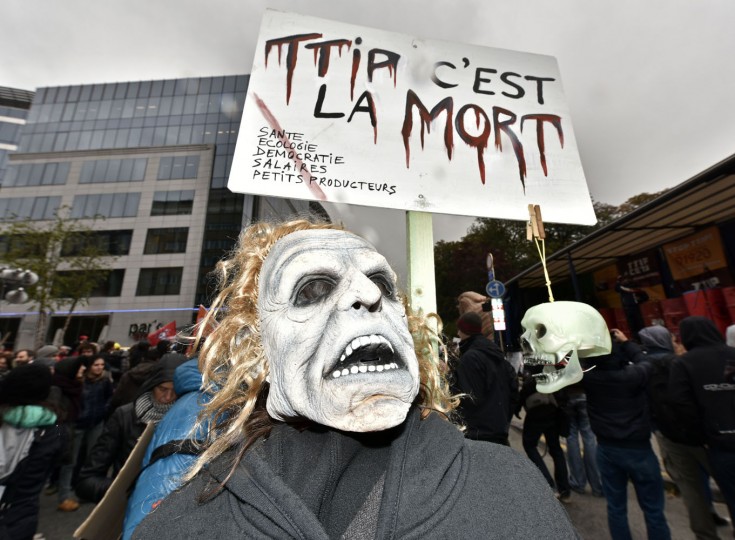 A protestor with a mask demonstrates against the free trade agreement TTIP (Transatlantic Trade and Investment Partnership) during an EU summit in Brussels, Belgium on Thursday, Oct. 15, 2015. His banner reads “TTIP is the dead”. European Union heads of state meet to discuss, among other issues, the current migration crisis. (AP Photo/Martin Meissner) 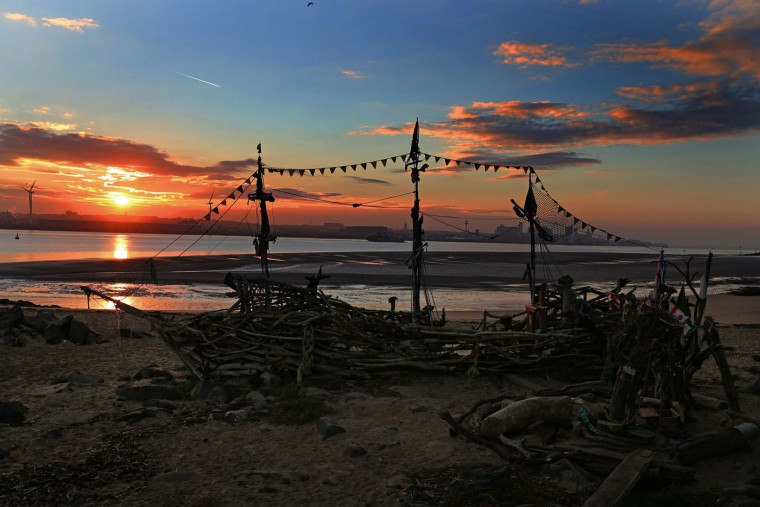 The sun rises behind a beach installation made of driftwood of the Black Pearl pirate ship on New Brighton beach, Liverpool, northwest England, Thursday, Oct. 15, 2015. The installation was created by artist Frank Lund and Major Mace. (Peter Byrne/PA via AP) 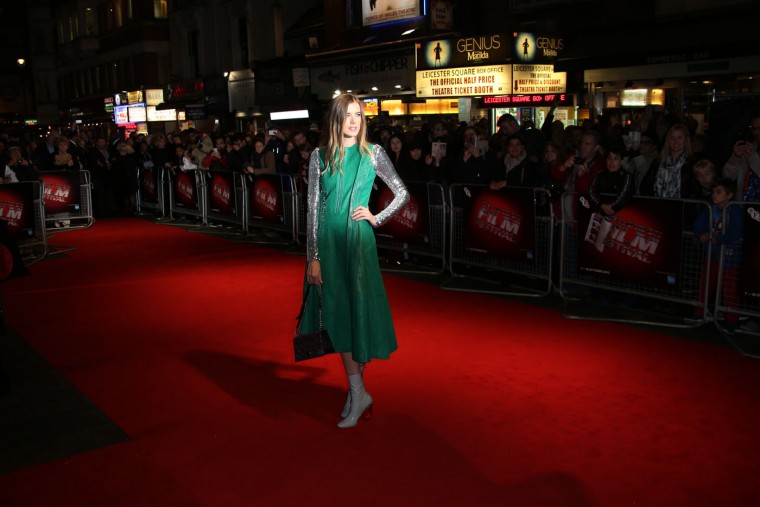 Agyness Deyn poses for photographers upon arrival at the premiere of the film ‘Sunset Song’, as part of the London film festival in London, Thursday, Oct. 15, 2015. ( Joel Ryan/Invision/AP) 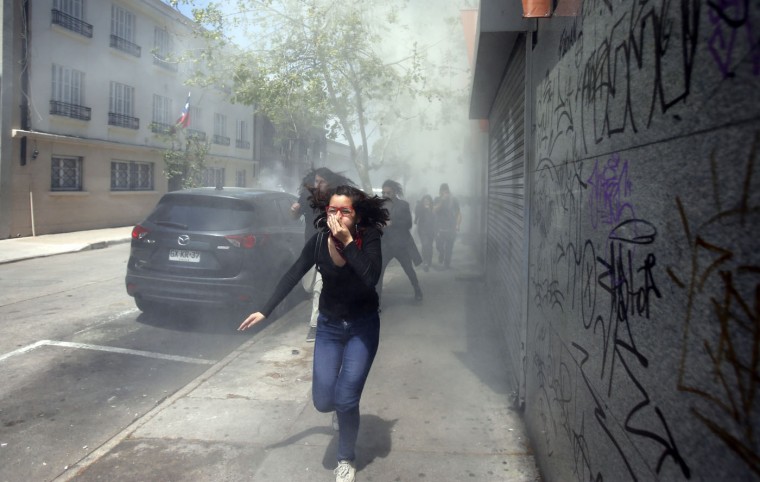 A protester runs from tear gas fired by police at the end of a student march in Santiago, Chile, Thursday, Oct. 15, 2015. Demonstrators marched to complain about delays in an education overhaul and ask President Michelle Bachelet to fulfill her campaign promise of free education. (AP Photo/Luis Hidalgo) 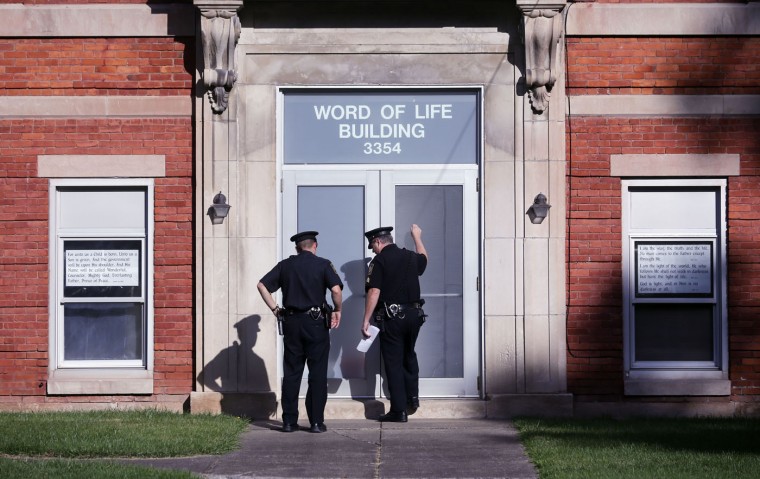 Police knock on the door of the Word of Life church while serving paperwork on a church member, Thursday, Oct. 15, 2015, in New Hartford, N.Y. Bruce and Deborah Leonard have been charged in the beating death of their son, Lucas, and the severe beating of his 17-year-old brother, Christopher, inside the church on Sunday. Four other adults were charged with assault in the younger brother’s beating, including Sarah Ferguson, 33, the victims’ sister. (AP Photo/Mike Groll) 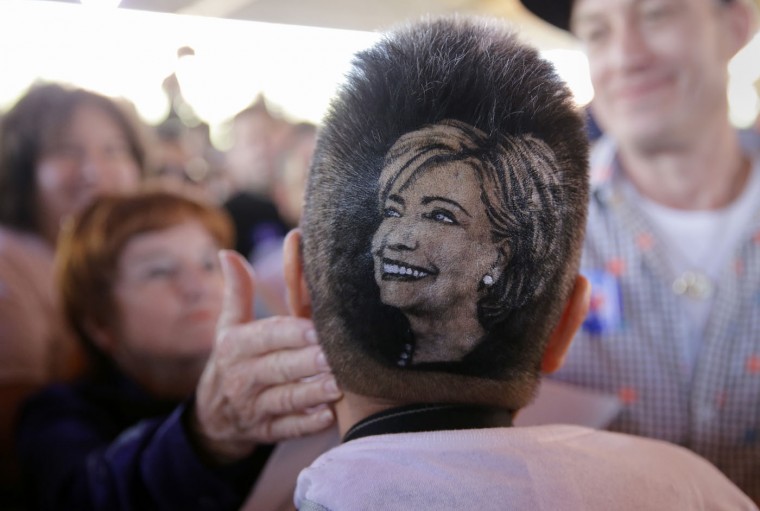 A group of migrants make their way over a meadow after crossing the border between Austria and Germany in Wegscheid near Passau, Germany, Thursday, Oct. 15, 2015. (AP Photo/Matthias Schrader) 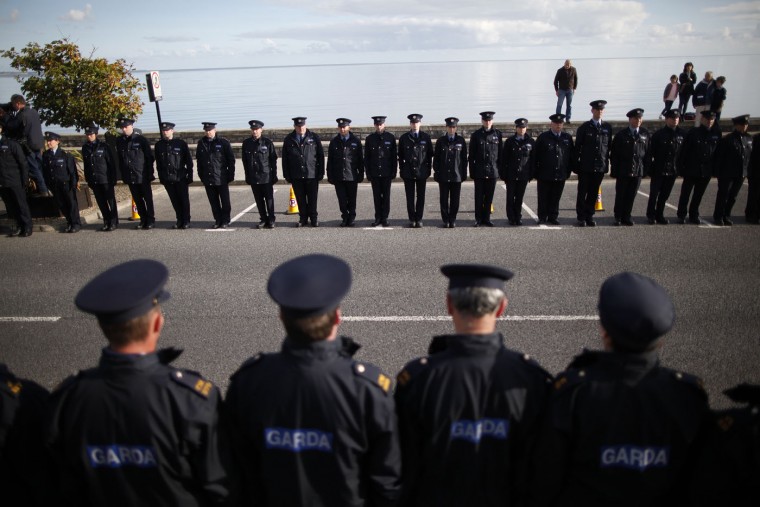 Thousands of police line the main street for the funeral of Irish policeman Tony Golden in Blackrock Ireland, Thursday, Oct. 15, 2015. Ireland’s leaders and thousands of police are attending a state funeral for an officer shot to death by an Irish Republican Army suspect free on bail, a killing that has raised questions about arming police and toughening bail rules. (AP Photo/Peter Morrison) 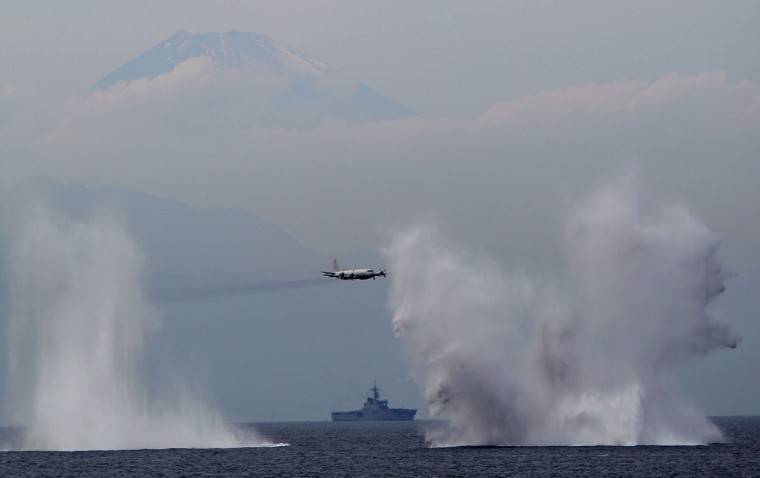 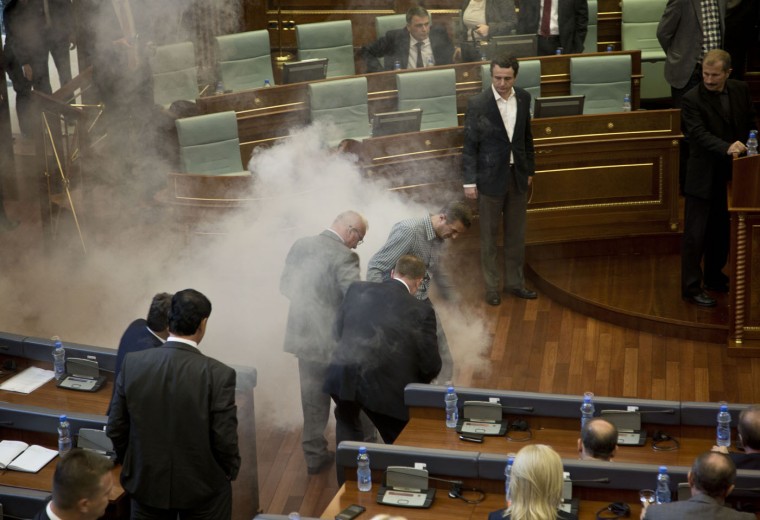 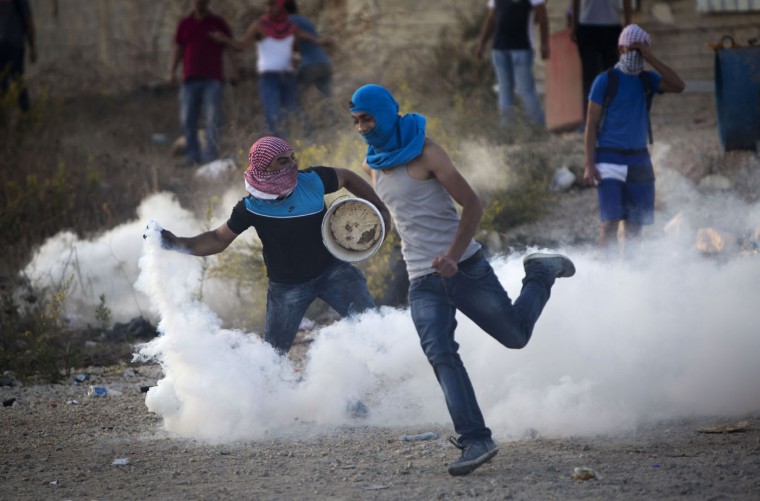 A Palestinian protester throws back a tear gas canister that was fired by Israeli troops during clashes near Ramallah, West Bank, Thursday, Oct. 15, 2015. In the current wave of violence, eight Israelis have been killed in stabbing and shooting attacks, as of Thursday. Thirty-one Palestinians have been killed, including 14 identified by Israel as attackers, and the others in clashes between stone-throwers and Israeli troops. (AP Photo/Majdi Mohammed) 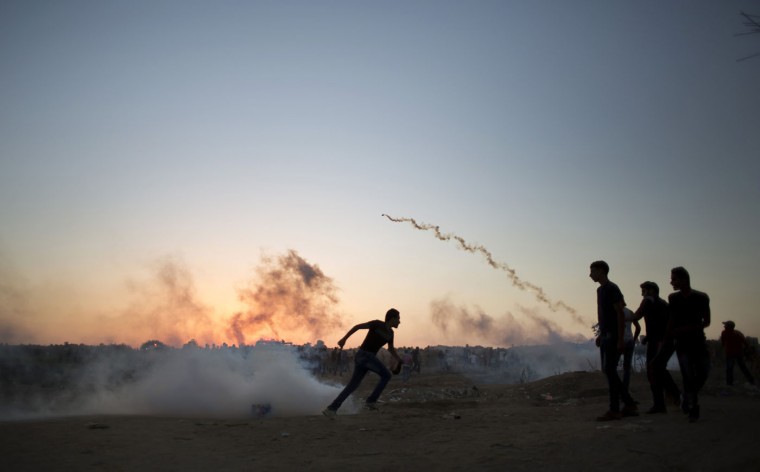 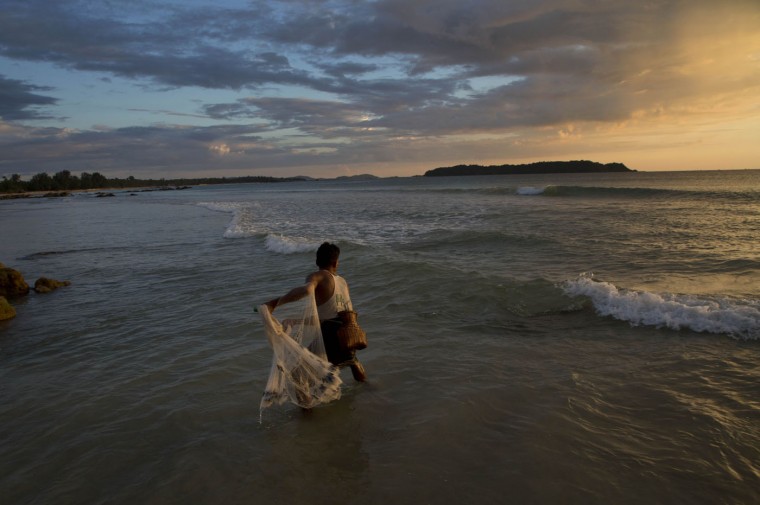 A fisherman throws a net to catch fish in the shallow waters of Ngapali beach in Myanmar’s western Rakhine State at dusk, Thursday, Oct. 15, 2015. Myanmar’s general elections are scheduled for Nov. 8, the first since a nominally civilian government was installed in 2011. (AP Photo/Gemunu Amarasinghe) 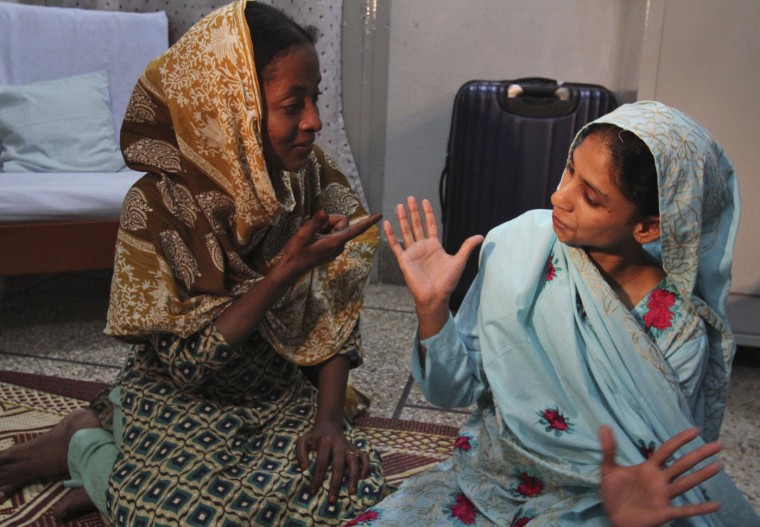 Indian national Geeta, right, who is deaf and mute, communicates with her colleague at charitable Edhi Foundation in Karachi, Pakistan, Thursday, Oct. 15, 2015. Geeta, who accidentally crossed the border into Pakistan as a child nearly 12 years ago will return home soon, an Indian official said Thursday. (AP Photo/Fareed Khan) 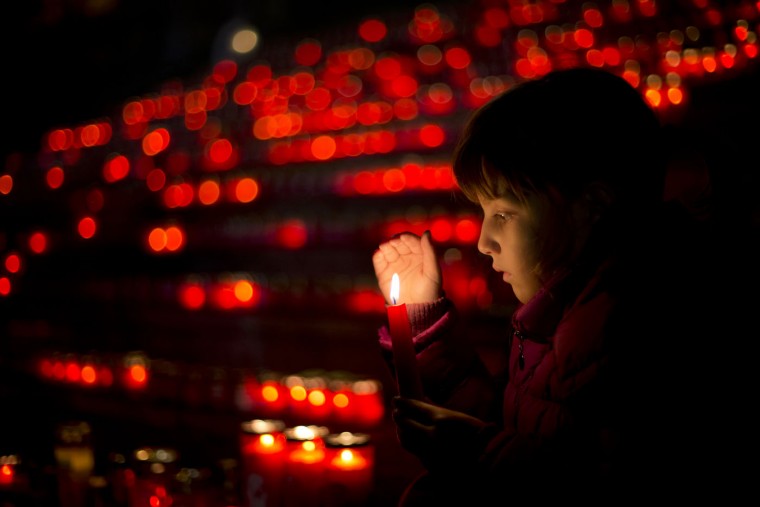 A child sits backdropped by hundreds of lit candles placed on steps during an event marking the international Pregnancy and Infant Loss Remembrance Day in Bucharest, Romania, Thursday night, Oct. 15, 2014. Romania’s infant mortality rate is more than double the European Union average, with one in 100 children not reaching their first birthday. (AP Photo/Vadim Ghirda) 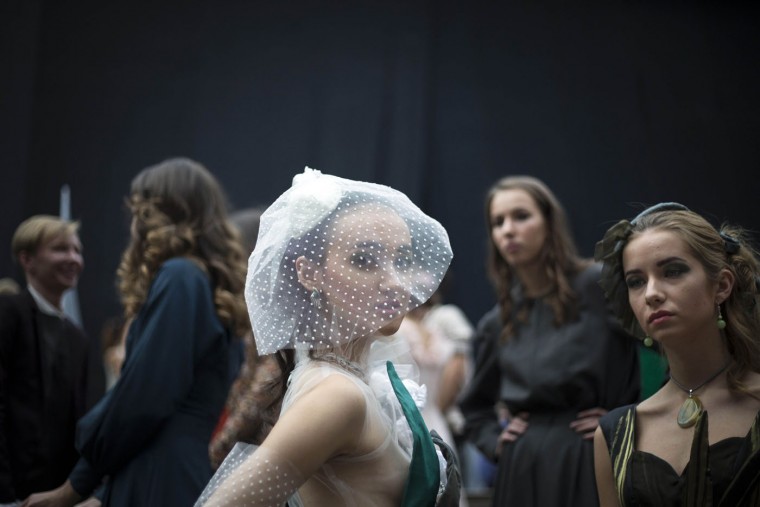 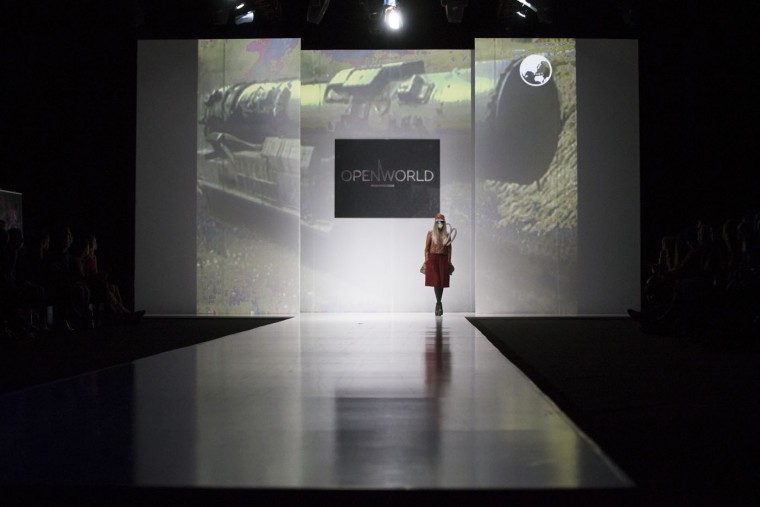 A models displays a creation by ‘Open World’, a group of young designers with a projection of Russian missile in the background during Fashion Week in Moscow, Russia, Thursday, Oct. 15, 2015. (AP Photo/Alexander Zemlianichenko) 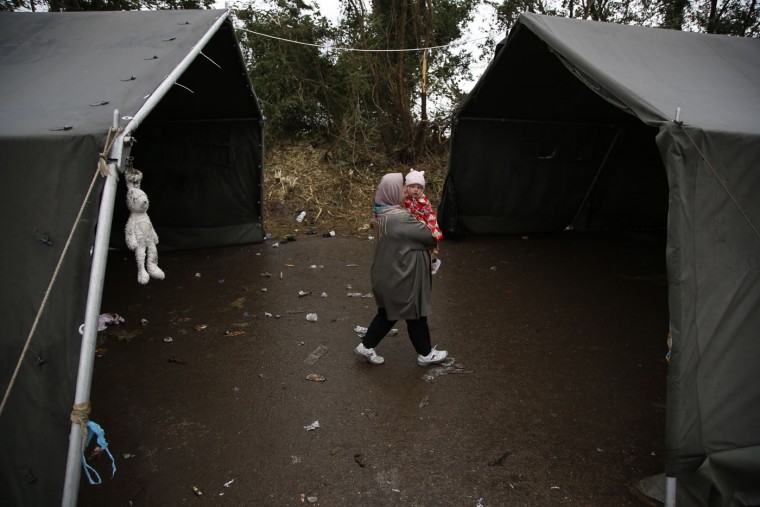 A woman carries her child over the Serbian-Croatian border in the village of Berkasovo, near Sid, Serbia, on Thursday, Oct. 15, 2015. The migrants and refugees are struggling with the autumn rain and the cold as EU leaders are discussing in Brussels how to deal with the crisis. (AP Photo/Amel Emric) 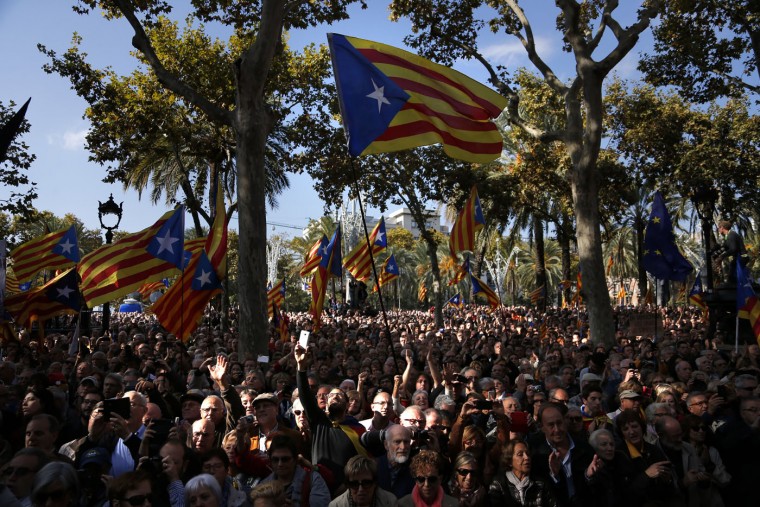 People wave “estelada” or pro-independence flags as regional acting President Artur Mas leaves Catalonia’s high court after being questioned over their suspected roll in holding a poll in Barcelona, Spain, Thursday, Oct. 15, 2015. Thousands of people are rallying outside a Barcelona court in support of Catalan regional acting President Artur Mas who has arrived for questioning over the staging of a symbolic referendum on secession from Spain last year. (AP Photo/Emilio Morenatti) 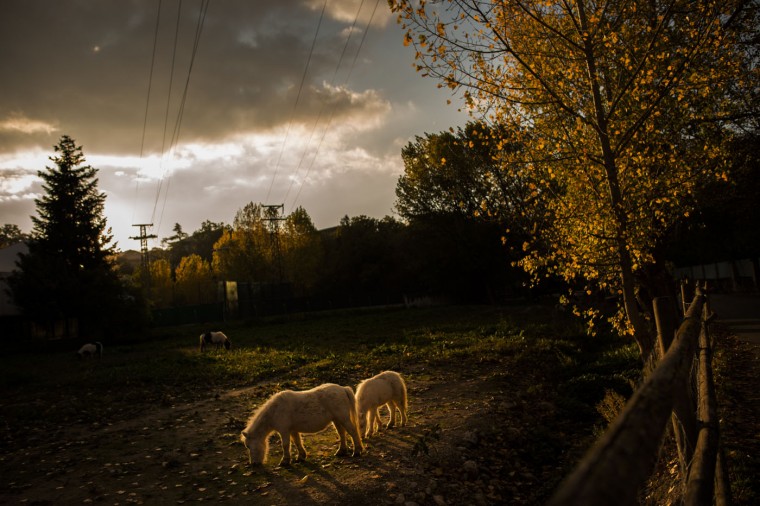 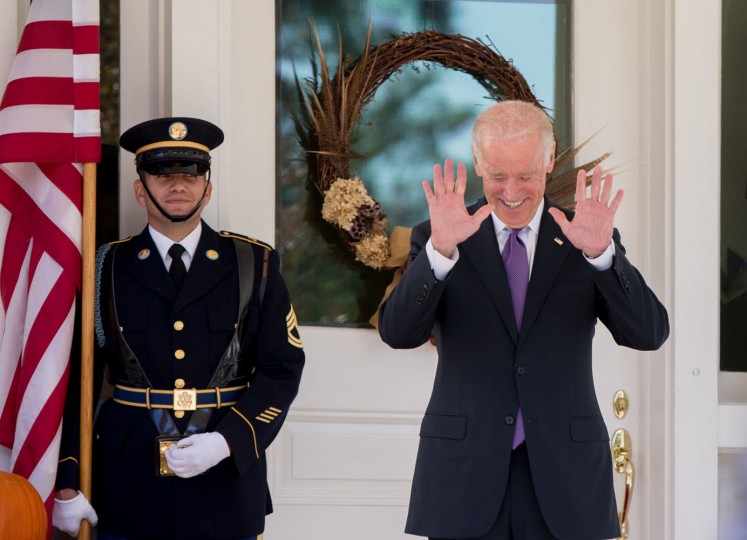 Vice President Joe Biden reacts to questions about his potential run for president by members of the media as he waits for South Korean President Park Geun-hye to arrive for lunch at the Naval Observatory, Thursday, Oct. 15, 2015, in Washington. (AP Photo/Andrew Harnik)