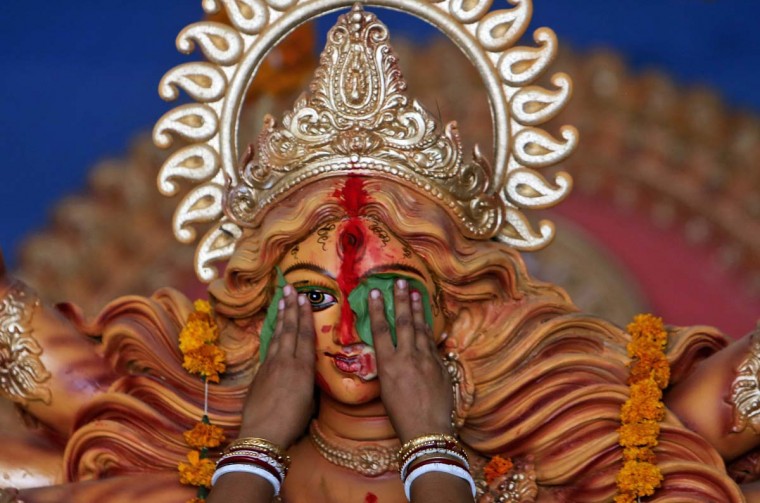 An Indian Hindu woman performs rituals on an idol of goddess Durga during the last day of Durga Puja festival in Hyderabad, India, Friday, Oct. 23, 2015. The festival commemorates the slaying of a demon king by lion-riding, 10-armed goddess Durga, marking the triumph of good over evil. || CREDIT: MAHESH KUMAR A. – AP PHOTO 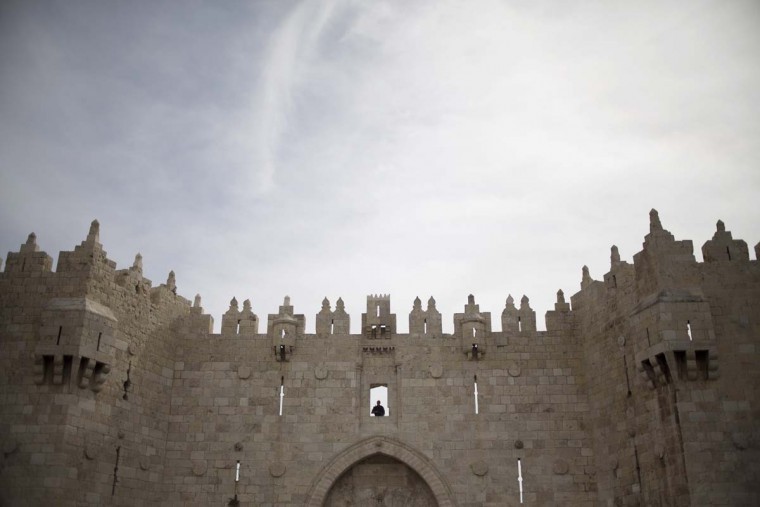 An Israeli border police officer guards at Damascus Gate of the Jerusalem’s Old City ahead of Friday prayers, Friday, Oct. 23, 2015. For the first time in weeks of escalating violence, Israel allowed Muslims of all ages to enter Jerusalem’s most sensitive holy site to perform Friday prayers in an apparent bid to ease tensions. || CREDIT: ARIEL SCHALIT – AP PHOTO 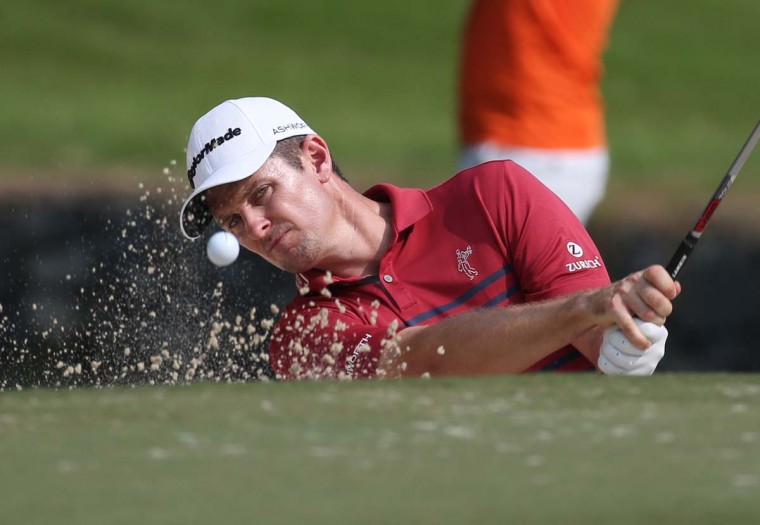 Justin Rose of England hits out of a bunker on the 3rd hole during round 2 of the Hong Kong Open golf tournament in Hong Kong, Friday, Oct. 23, 2015. || CREDIT: KIN CHEUNG – AP PHOTO 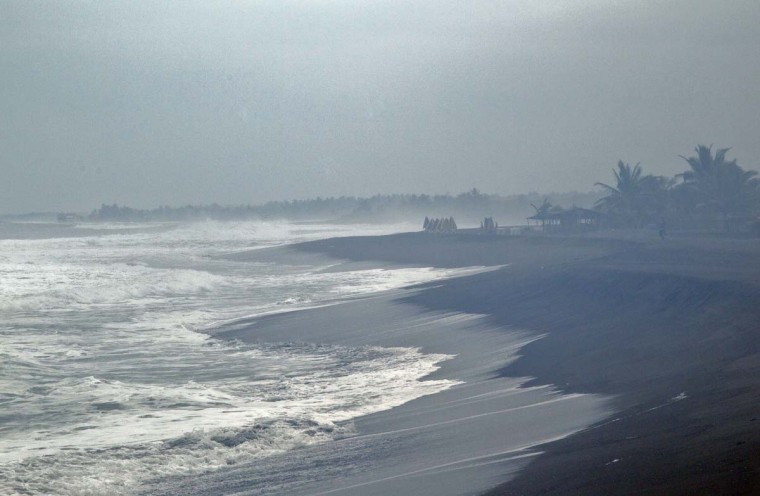 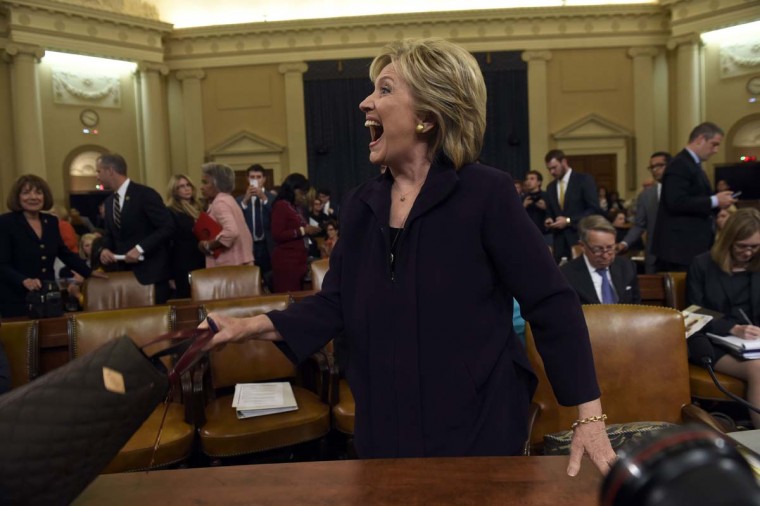 Former Secretary of State and Democratic Presidential hopeful Hillary Clinton testifies before the House Select Committee on Benghazi on Capitol Hill in Washington, DC, October 22, 2015. Clinton took the stand Thursday to defend her role in responding to deadly attacks on the US mission in Libya, as Republicans forged ahead with an inquiry criticized as partisan anti-Clinton propaganda. || CREDIT: SAUL LOEB – AFP/GETTY IMAGES 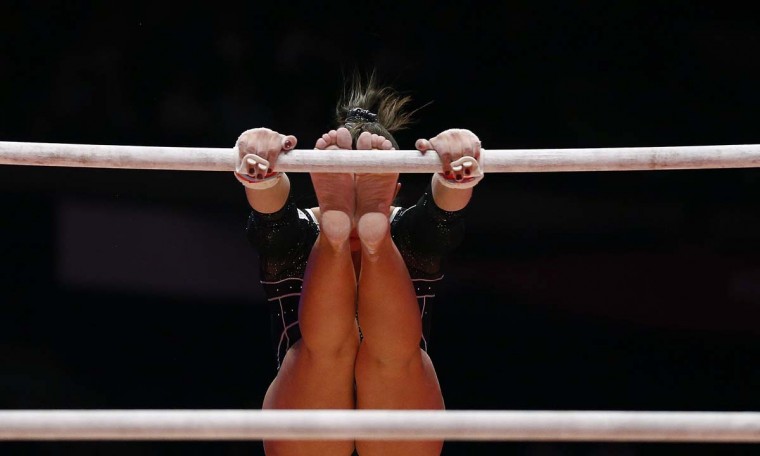 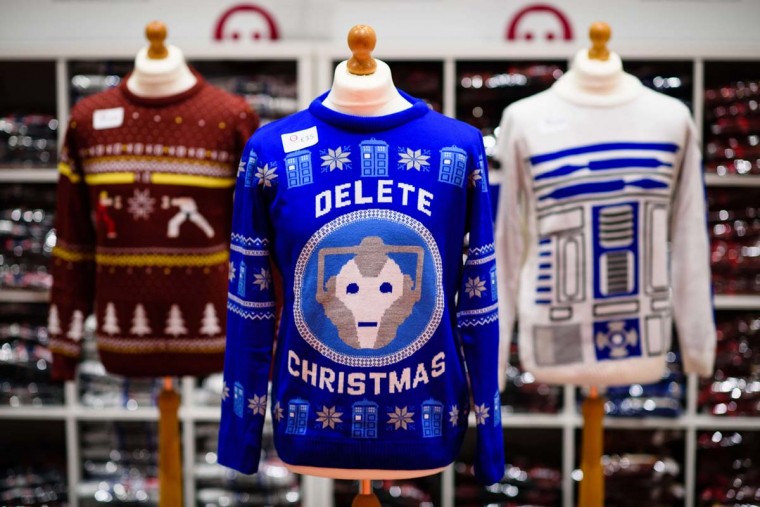 Sci-Fi-themed Christmas jumpers are displayed at the MCN Comic Con in east London, on October 23, 2015. The event is the largest of its type in the UK and sees fans and enthusiasts flock to the ExCel centre to meet their heros, browse merchandise and see previews of upcoming releases. || CREDIT: LEON NEAL – AFP/GETTY IMAGES 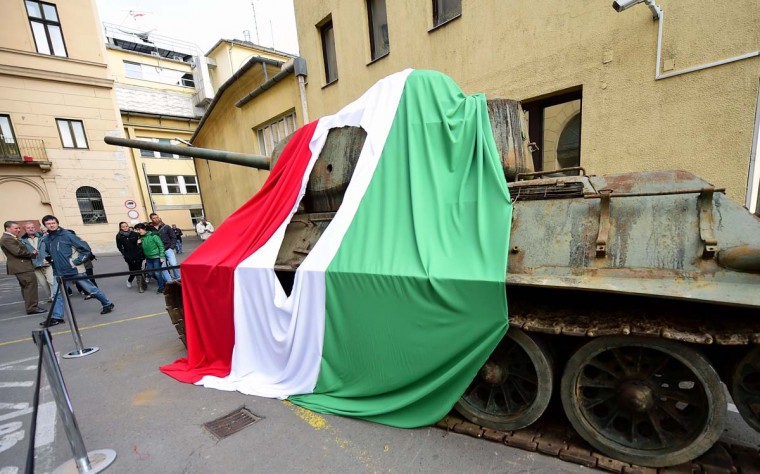 A former Soviet made T-34 tank from the 1956 revolution is covered by the Hungarian national flag, symbol of the uprising, in the garden of the state radio station in downtown Budapest on October 23, 2015 during an open air exhibition for the 59th anniversary of the Hungarian revolution. || CREDIT: ATTILA KISBENEDEK – AFP/GETTY IMAGES 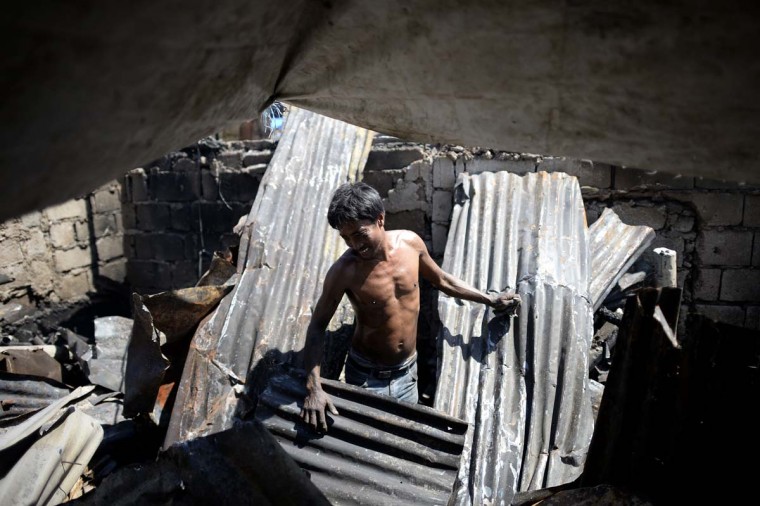 A man stands among materials of his destroyed house after an overnight fire razed a slum area in Manila on October 23, 2015. The fire destroyed 100 houses, leaving 300 families homeless, according to local media reports. || CREDIT: NOEL CELIS – AFP/GETTY IMAGES 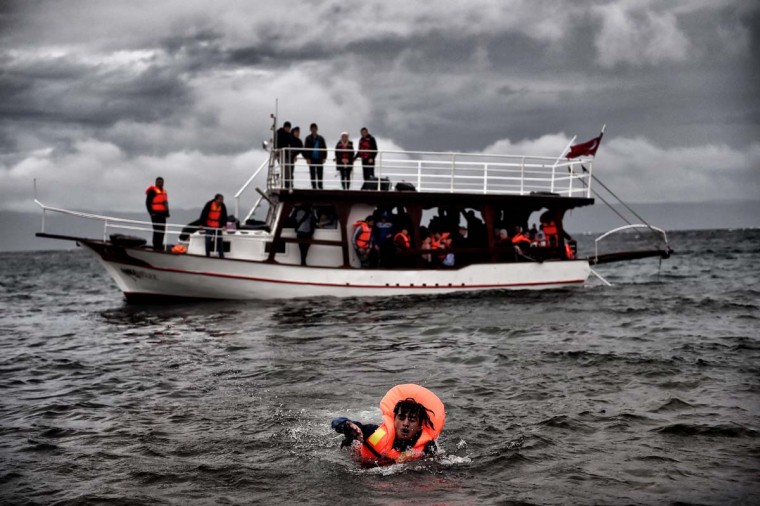 Refugees and migrants arrive at Lesbos island after crossing the Aegean sea from Turkey on October 23, 2015. An EU scheme to relocate asylum seekers from overstretched Italy and Greece could grind to a halt just two weeks after it began if member states fail to meet their obligations, an EU source said. || CREDIT: ARIS MESSINIS – AFP/GETTY IMAGES 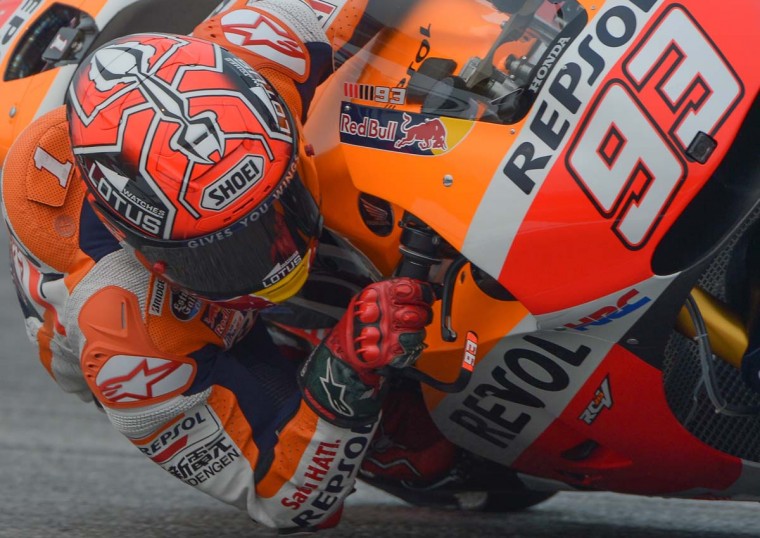 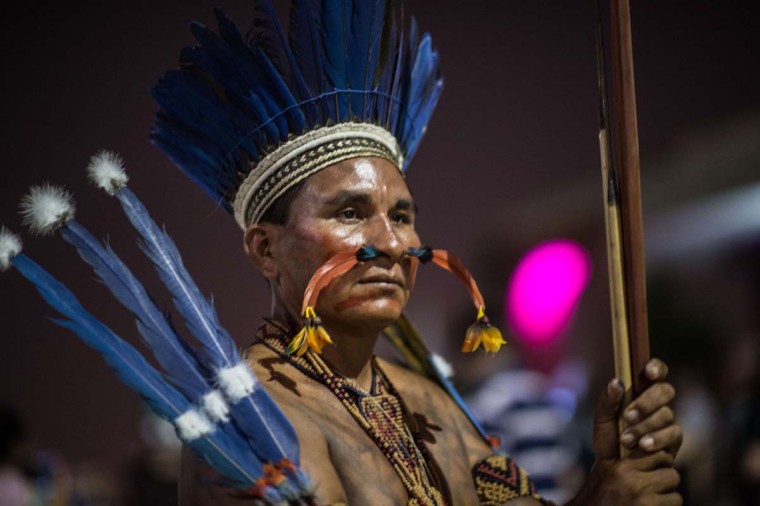 A Brazilian indigenous man attends a ceremony on the eve of the beginning of the first World Indigenous Games in Palmas, Tocantins, Brazil on October 22, 2015. || CREDIT: CHRISTOPHE SIMON – AFP/GETTY IMAGES 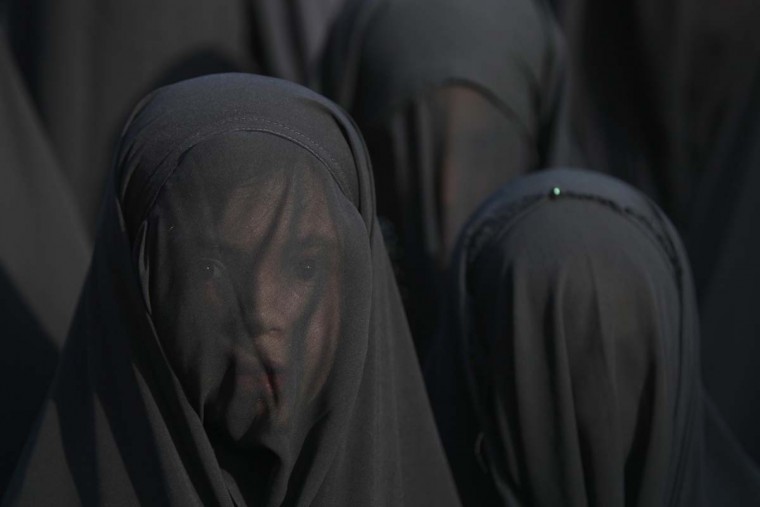 An Iraqi Shiite girl, whose face is covered with a veil, takes part in a parade in preparation for the peak of the mourning period of Ashura in Baghdad’s northern district of Kadhimiya on October 22, 2015. Ashura mourns the death of Imam Hussein, a grandson of the Prophet Mohammed, who was killed by armies of the Yazid near Karbala in 680 AD. || CREDIT: AHMAD AL-RUBAYE – AFP/GETTY IMAGES 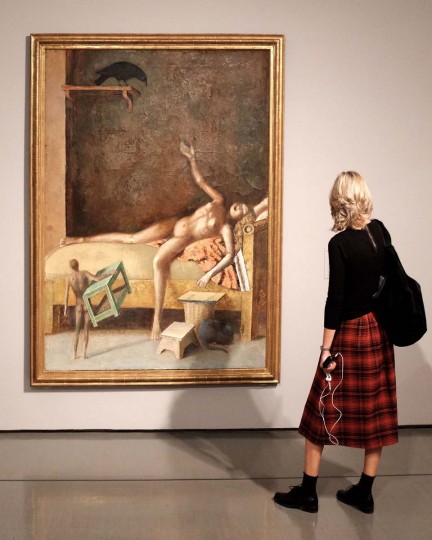 A woman looks at a painting by late French artist Balthus (1908-2001) as she visits the exhibition dedicated to his work at the Villa Medici in Rome on October 23, 2015. With a major monographic exhibition split between two exhibitions at Scuderie del Quirinale and French Academy Villa Medici, Rome marks the fifteenth anniversary of the death of Balthasar Klossowski de Role, known as Balthus. || CREDIT: ALBERTO PIZZOLI – AFP/GETTY IMAGES 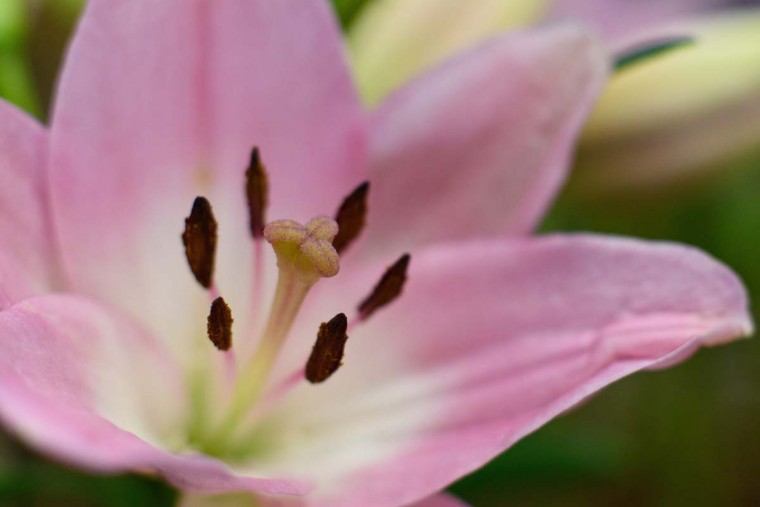 A lewisia cotyledon is displayed at The RHS London Shades of Autumn Show on October 23, 2015 in London, England. The exhibition held at the RHS Horticultural Hall runs between October 23 and October 24 2015 and showcases the beauty of autumn. (Photo by Ben Pruchnie/Getty Images) 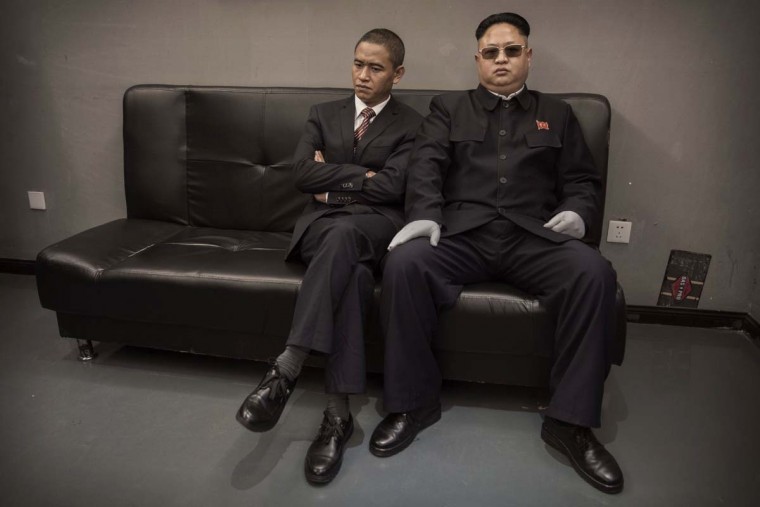 Chinese actor and United States President Barack Obama impersonator Xiao Jiguo and North Korean leader Kim Jung Un impersonator Jia Yongtang wait before a brief appearance together on a film set on October 20, 2015 in Beijing, China. Xiao began building a career making appearances as Obama in 2008 after friends told him he bore a resemblance to the U.S. president. Speaking only a few words of English, Xiao, from China’s Sichuan province, lacks the physical stature of the real Obama, and relies on facial expressions and hand gestures to portray the world leader. Yongtang, originally from Hebei province, has been playing the roll of North Korea’s infamous leader for three years (Photo by Kevin Frayer/Getty Images) 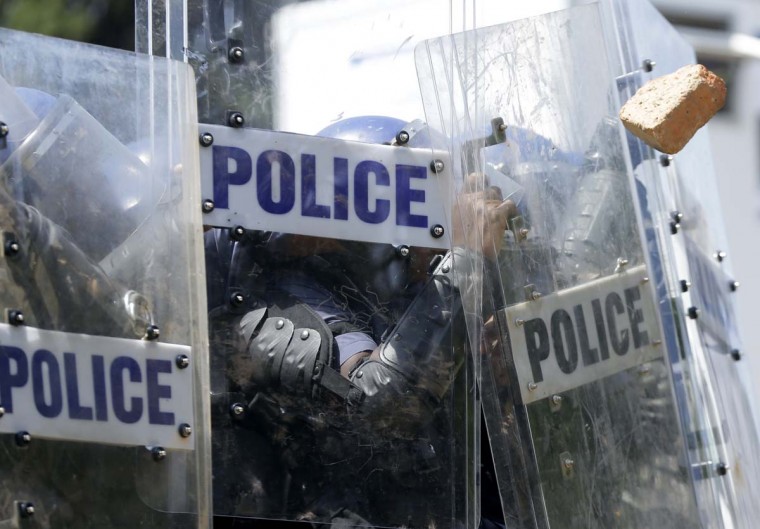 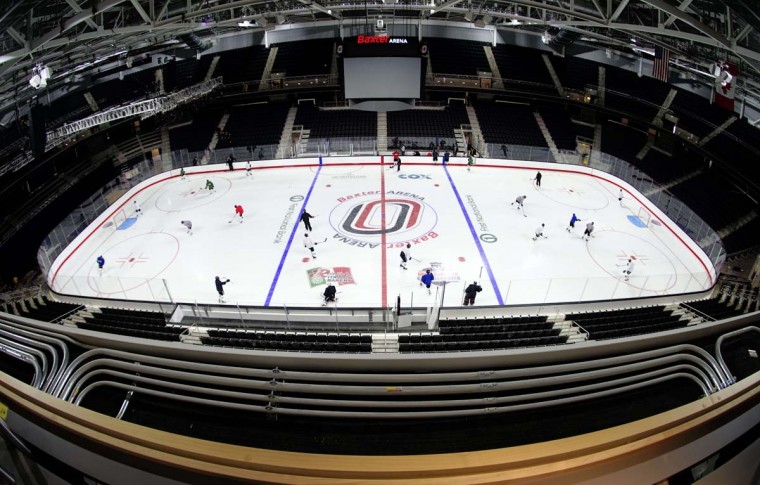 In this Oct. 6, 2015 photo, the Nebraska-Omaha NCAA college hockey team practice in their new arena, the 7,900-seat Baxter Arena in Omaha, Neb. The Mavericks reached the NCAA Frozen Four for the first time last spring, won their first four games on the road to earn the programís first No. 1 national ranking, and this weekend theyíre opening the new arena. Now in his seventh season in Omaha, coach Dean Blais has the program poised to be a juggernaut for years to come. || CREDIT: NATI HARNIK – AP PHOTO 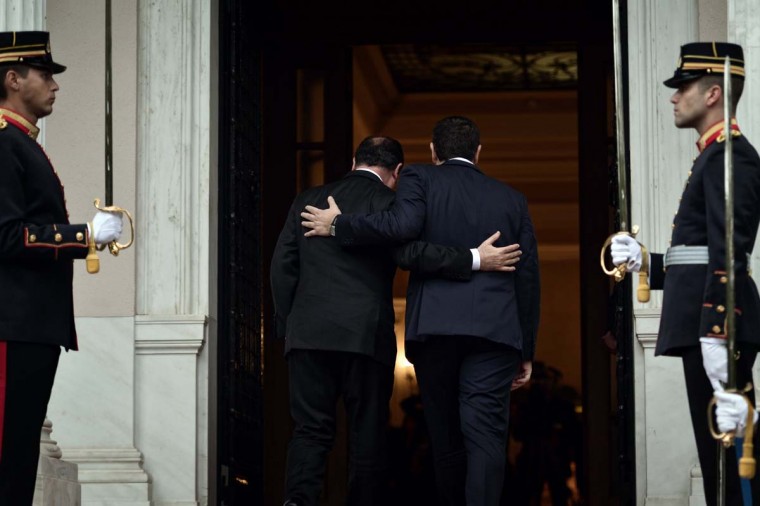 Greek prime minister Alexis Tsipras (R) and French President Francois Hollande hold each other while they proceed to Tsipras’ office for their talks in Athens on October 23, 2015. French President Francois Hollande planned on October 23 to praise Prime Minister Alexis Tsipras’s “attachment to Europe” in an address to the Greek parliament on a visit to show support for Athens during tough talks with EU-IMF auditors. || CREDIT: LOUISA GOULIAMAKI – AFP/GETTY IMAGES