A Synod of bishops, a cache of historic heads, a crowd of masked people | Oct. 9 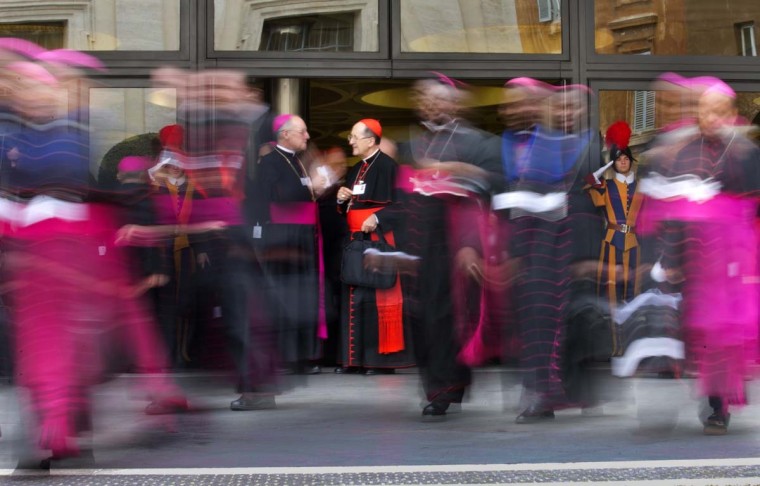 Cardinals and bishops leave at the end of a morning session of the Synod of bishops, at the Vatican, Friday, Oct. 9, 2015. || CREDIT: ALESSANDRA TARANTINO – AP PHOTO 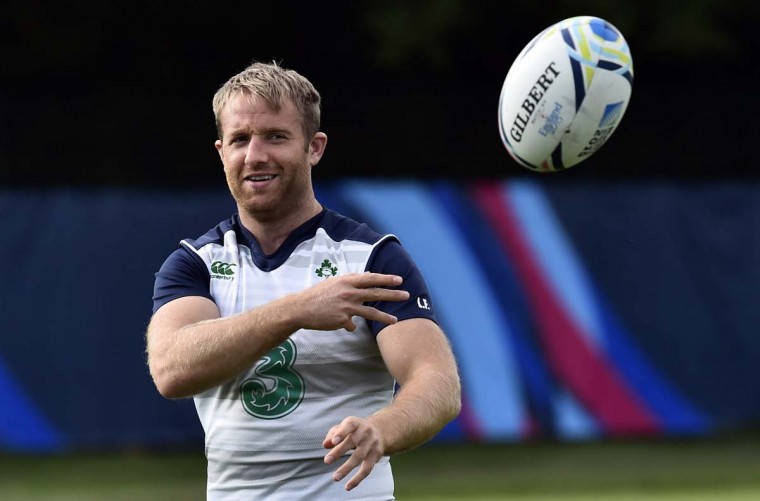 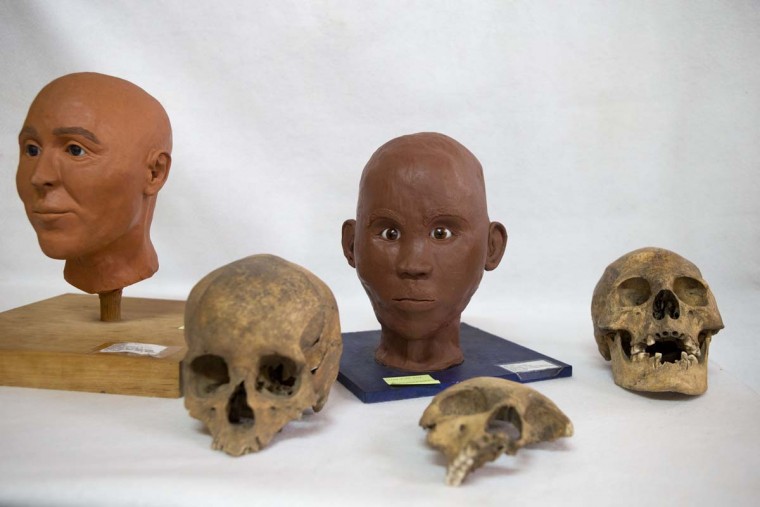 The skull of a Spaniard, bottom left, a child, center, and a person of African heritage sit alongside models of what a Spanish conquistador and a person of mixed Amerindian and African descent may have looked like, at the Zultepec-Tecoaque archeological site in Tlaxcala state, Mexico, Thursday, Oct. 8, 2015. Faced with the invaders accompanied by unknown animal species, the inhabitants of the Aztec-allied town just east of Mexico City captured a convoy of about 15 Spaniards, 45 foot-soldiers — including Cubans of African and Indian descent — women, and 350 Indian allies of the Spaniards, including Mayas and other groups. || CREDIT: REBECCA BLACKWELL – AP PHOTO 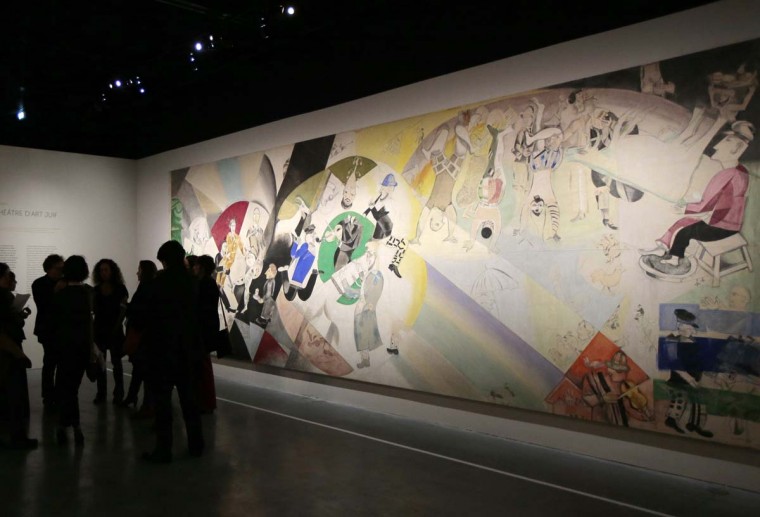 People look at the painting “Introduction to the Jewish Theatre” on display at the exhibition ‘Marc Chagall : Le Triomphe de la musique’ (Marc Chagall : The Triumph Of Music) dedicated to French painter Marc Chagall on October 9, 2015 at the Philarmonie in Paris. The event is scheduled from October 13, 2015 to January 31, 2016. || CREDIT: JACQUES DEMARTHON – AFP/GETTY IMAGES 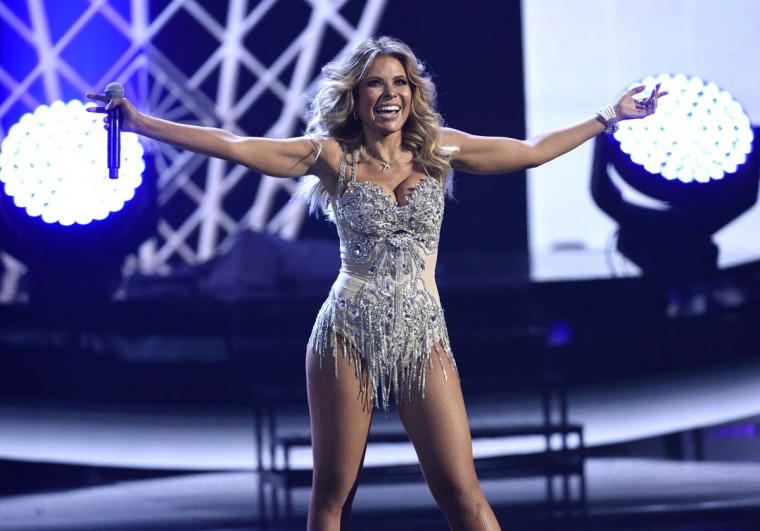 Gloria Trevi performs at the Latin American Music Awards at the Dolby Theatre on Thursday, Oct. 8, 2015, in Los Angeles. (Photo by Chris Pizzello/Invision/AP) 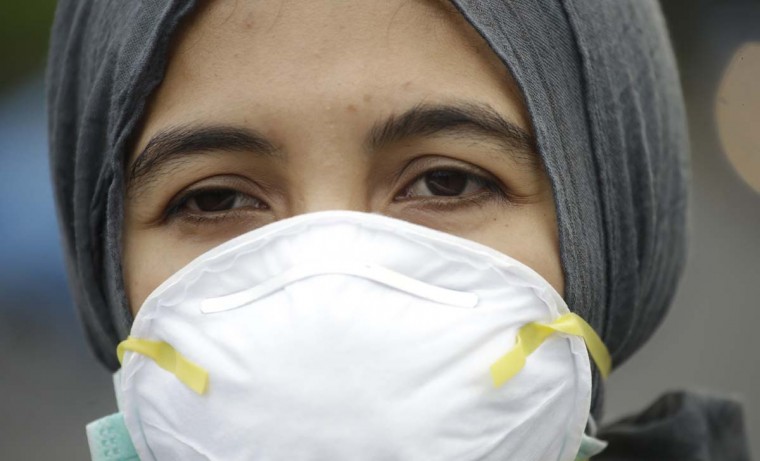 An Indonesian activist wears a mask during a protest demanding Indonesian government to take quick actions to suppress the haze from wildfires on Sumatra and Borneo island which has shrouded neighboring Singapore and Malaysia, in Jakarta, Indonesia, Friday, Oct. 9, 2015. The haze highlights the regional nature of a problem that’s being blamed on Indonesia’s inability to prevent big plantation companies from burning forests to clear land for new trees. || CREDIT: ACHMAD IBRAHIM – AP PHOTO 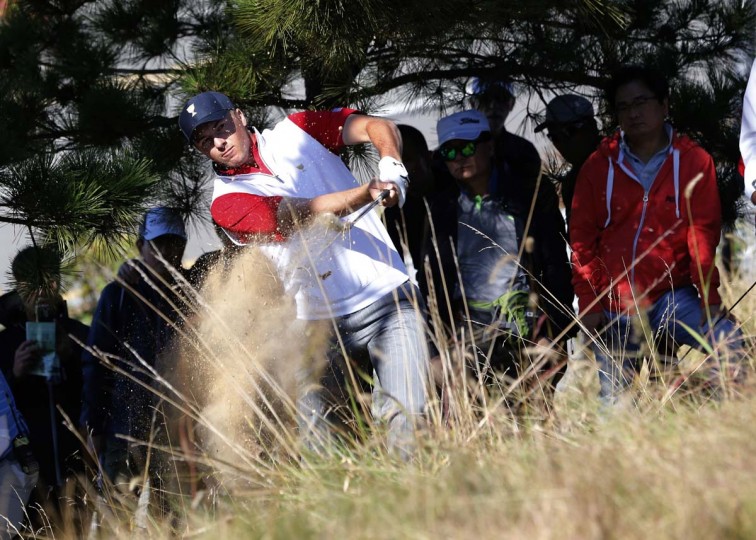 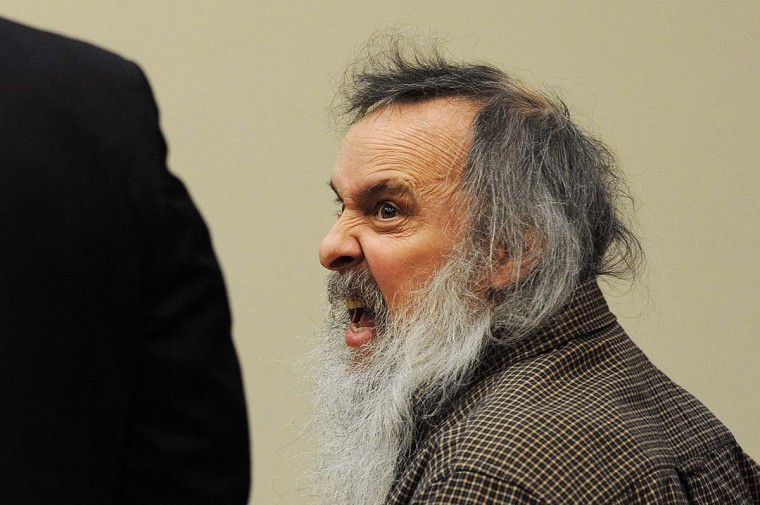 Charles Severance, right, talks to defense attorney, Joe King, left, during his trial in Fairfax County Circuit Court on Thursday, Oct. 8, 2015, in Fairfax, Va. Severance, a Virginia man accused of killing three Alexandria residents over the span of a decade wanted revenge against what he perceived as the city’s elite after losing a child custody case, prosecutors said Thursday. (Matt McClain/The Washington Post via AP, Pool) 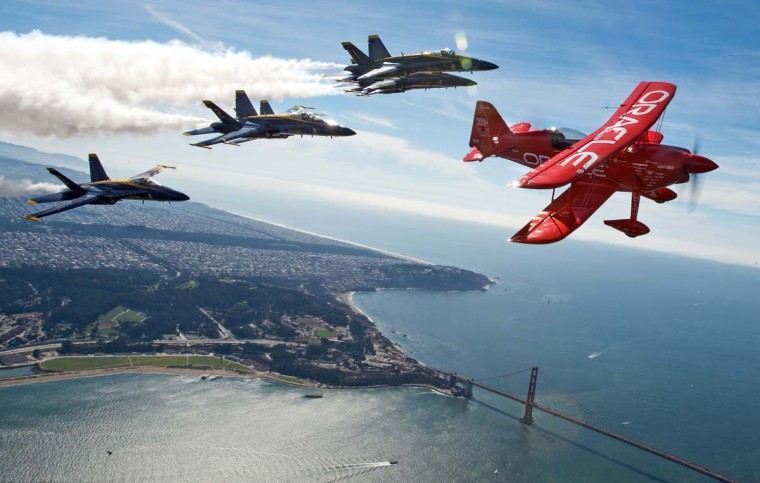 Team Oracle stunt pilot Sean Tucker (R) flies ahead of the U.S. Navy Blue Angels (L) as part of a practice run for Fleet Week over the bay in San Francisco, California on October 8, 2015. Fleet Week started on October 5 and goes till October 12 and will include ship tours and an air show. || CREDIT: JOSH EDELSON – AFP/GETTY IMAGES 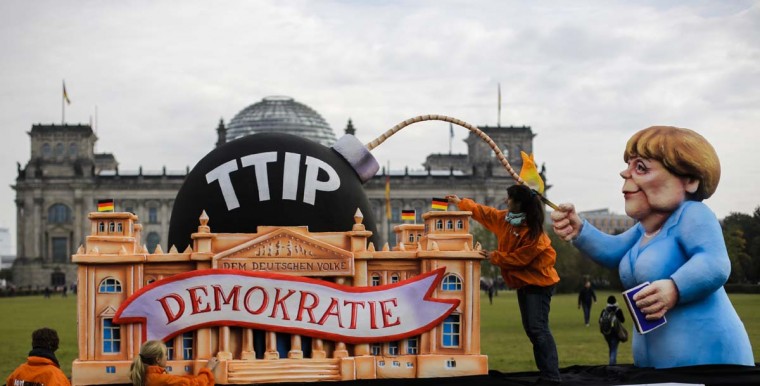 The organization Food Watch demonstrates with a replica of the Reichstag and with a figure depicting German Chancellor Angela Merkel against the Transatlantic Trade and Investment Partnership, TTIP, in front of the Reichstag building in Berlin, Germany, Friday, Oct. 9, 2015. || CREDIT: MARKUS SCHREIBER – AP PHOTO 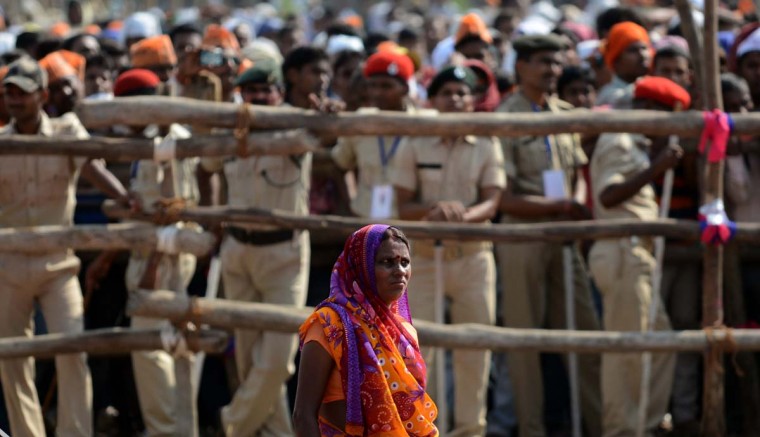 An Indian woman listens as Prime Minister Narendra Modi delivers a speech during an election rally in Aurangabad in Bihar on October 9, 2015. Voting begins in the state assembly elections in the Indian state of Bihar on October 12, the first of five voting phases. || CREDIT: MONEY SHARMA – AFP/GETTY IMAGES 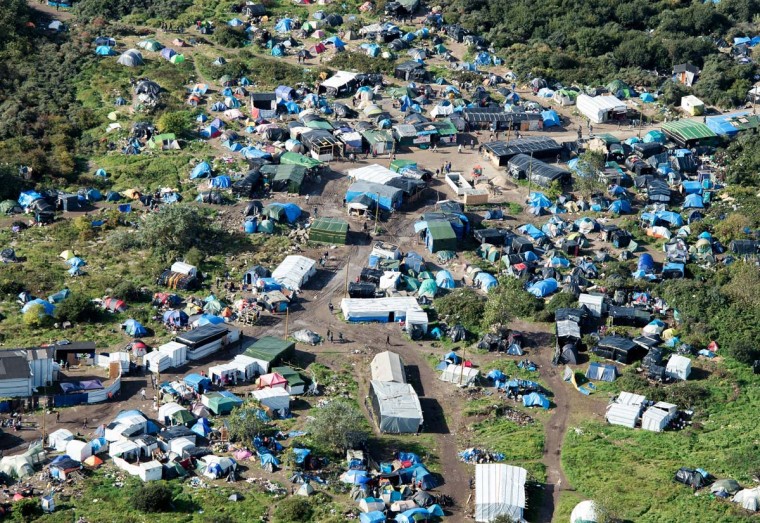 An aerial picture taken in Calais on October 9, 2015 shows a site dubbed the “New Jungle“, where some 3,000 people have set up camp — most seeking desperately to get to England, . The slum-like migrant camp sprung up after the closure of notorious Red Cross camp Sangatte in 2002, which had become overcrowded and prone to violent riots. However migrants and refugees have kept coming and the “New Jungle” has swelled along with the numbers of those making often deadly attempts to smuggle themselves across the Channel. || CREDIT: DENIS CHARLET – AFP/GETTY IMAGES 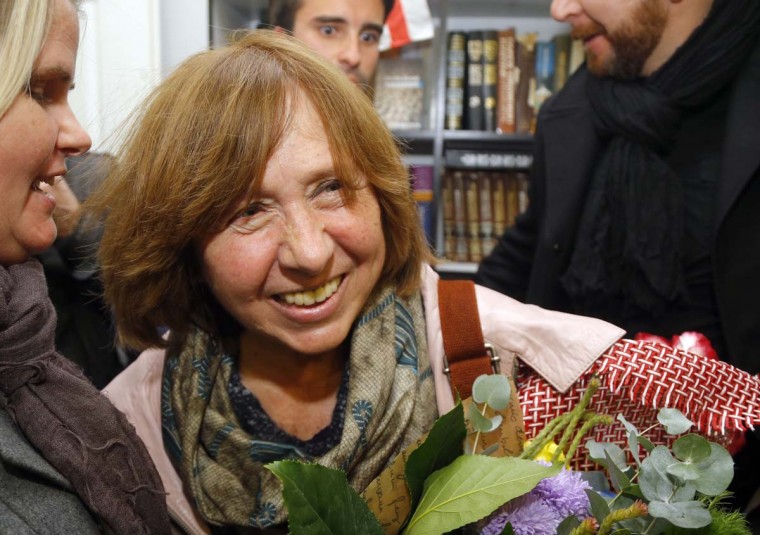 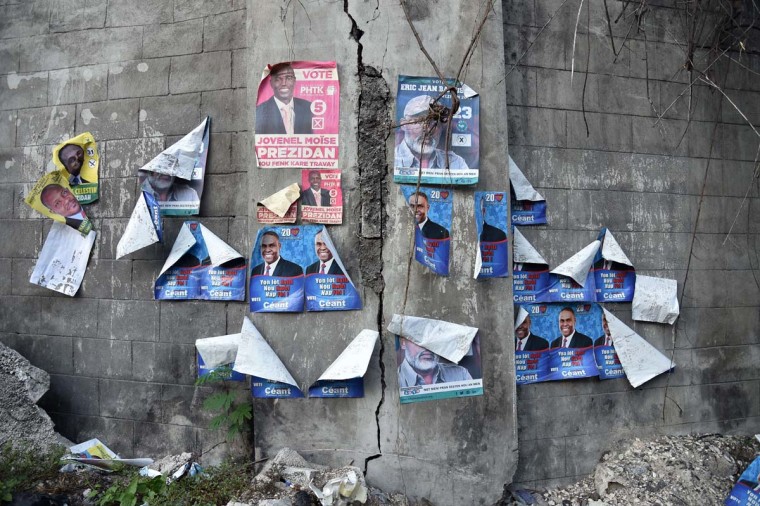 Presidential candidate posters for the upcoming election are seen on a wall in Petion Ville, Port-au-Prince, on October 8, 2015. The next presidential elections will be held on October 25. || CREDIT: HECTOR RETAMAL – AFP/GETTY IMAGES 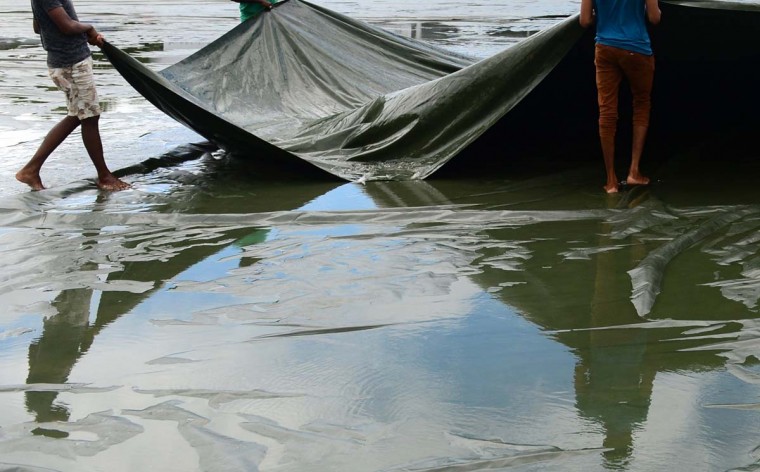 Sri Lankan groundstaff remove water from the covers after rain showers delayed the start of play on the first day of the three day practice match between the West Indies and Sri Lankan President’s XI team at The Sinhalese Sports Club (SSC) Ground in Colombo on October 9, 2015. West Indies are due to play two Tests, three one-day internationals and two Twenty20 matches before leaving Sri Lanka on November 13. || CREDIT: LAKRUWAN WANNIARACHCHI – AFP/GETTY IMAGES