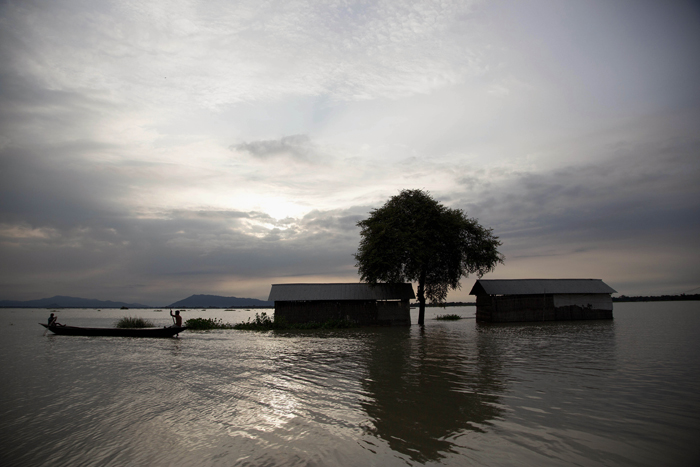 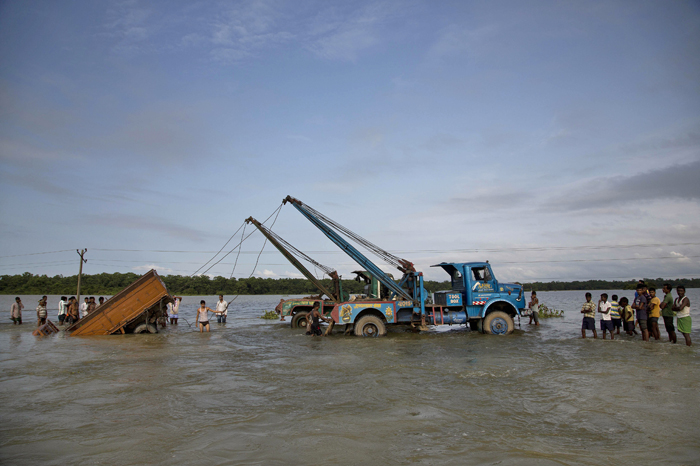 Tow trucks pull a vehicle that was swept off after it tried to cross a flooded road at Pobitora village, about 34 miles east of Gauhati, India, on Tuesday. Monsoon floods have inundated hundreds of villages across the northeast Indian state of Assam, killing several people and forcing some 800,000 people to leave their homes. (Anupam Nath/AP) 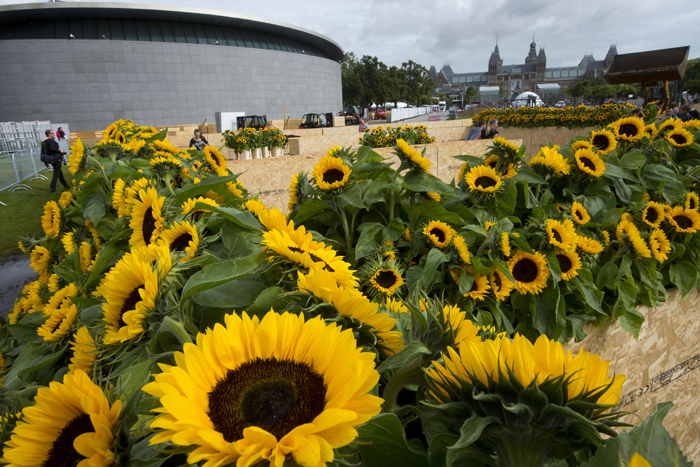 Workers construct a labyrinth with 125,000 sunflowers to mark the opening of the new entrance to the Van Gogh museum, left, and the 125th anniversary of the Dutch master’s death, in Amsterdam, Netherlands, on Tuesday. Rear right is the Rijksmuseum, home to Rembrandt’s Night Watch. (Peter Dejong/AP) 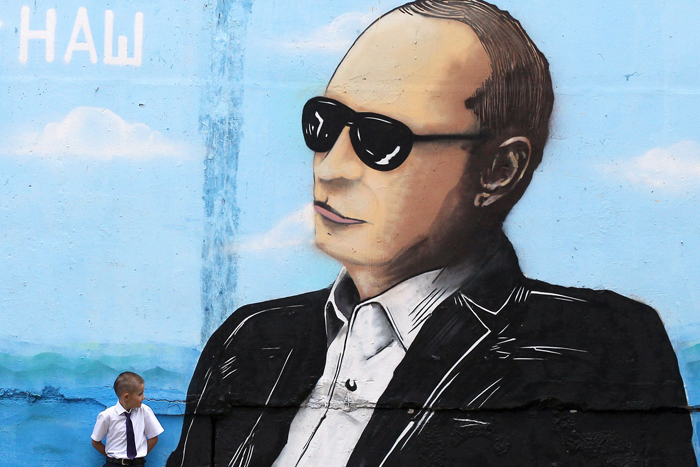 A boy stands by a wall sprayed with a depiction of Russian President Vladimir Putin in the Crimean city of Simferopol on Tuesday. (YURI LASHOV/AFP/Getty Images) 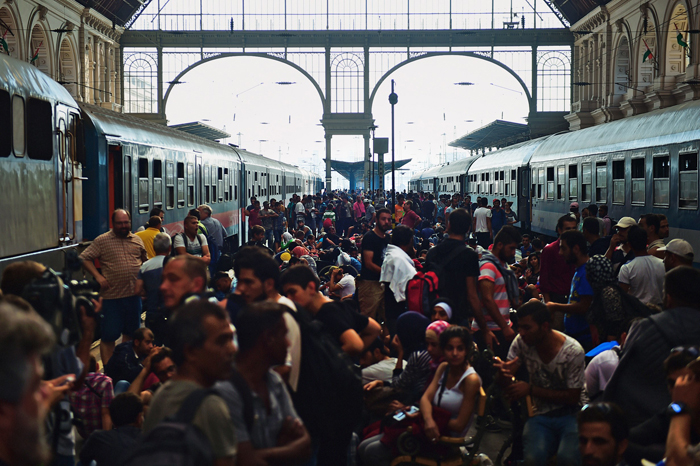 Migrants and refugees crowd the platforms at the Keleti (eastern) railway station in Budapest on Tuesday. Keleti, the biggest Hungarian railway station, was closed as police evacuated people trying to get on trains bound for Germany. (ATTILA KISBENEDEK/AFP/Getty Images) 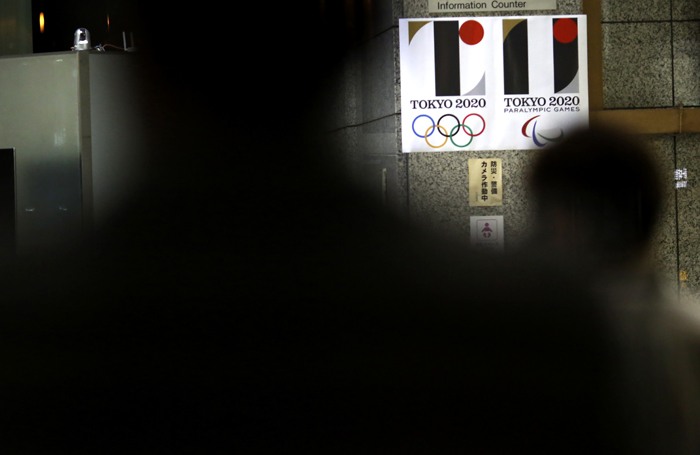 Visitors frame the logo of Tokyo Olympic Games 2020 at the Tokyo Metropolitan Government building in Tokyo on Tuesday. Tokyo Olympic organizers on Tuesday decided to scrap the logo for the 2020 Games following another allegation its Japanese designer might have used copied materials. (Eugene Hoshiko/AP) 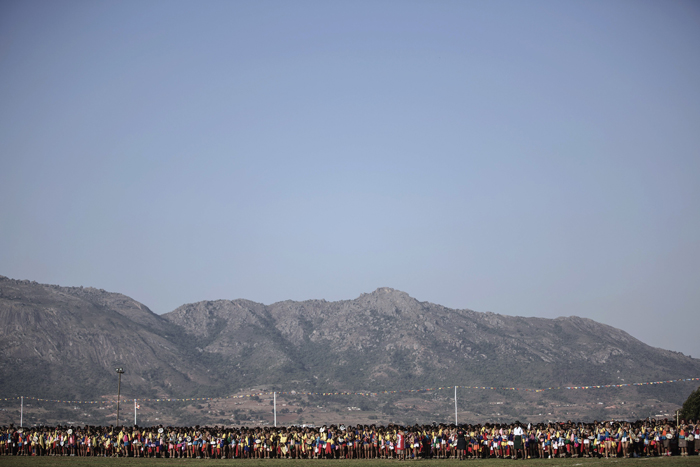 Maidens sing and dance during the last day of the annual royal Reed Dance at the Ludzidzini Royal palace on Monday in Lobamba, Swaziland. Umhlanga, or Reed Dance ceremony, is an annual Swazi cultural event where tens of thousands of Swazi girls travel from the various chiefdoms to the Ludzidzini Royal Village to participate in the eight-day event. The Reed Dance is a beauty pageant at which King Mswati III can choose a new wife from one of tens of thousands of young virgins who come to dance before him. (GIANLUIGI GUERCIA/AFP/Getty Images ) 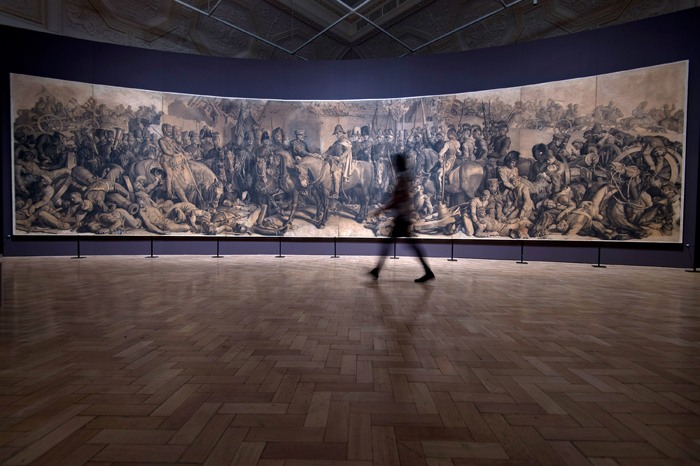 The newly conserved drawing “The Waterloo Cartoon” by Daniel Maclise went on display at the Royal Academy of Arts for the first time in over 40 years on Tuesday in London, England. The drawing, which took a year to complete in 1858, was originally a preparatory drawing for a wall painting entitled “The Meeting of Wellington and Blücher after the Battle of Waterloo,” which still exists inside the House of Lords. The illustration underwent extensive conservation before being put on display to mark the 200th anniversary of the Battle of Waterloo. (Ben A. Pruchnie/Getty Images) 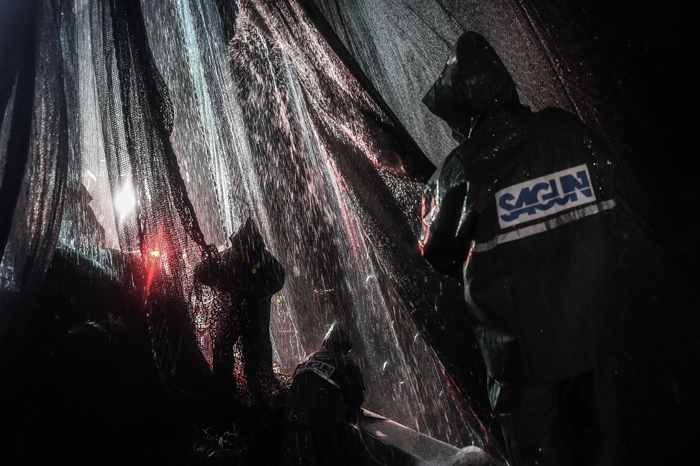 Fishermen pull a fishing net from the sea at the opening of the fishing season in Istanbul early on Tuesday. (OZAN KOSE/AFP/Getty Images) 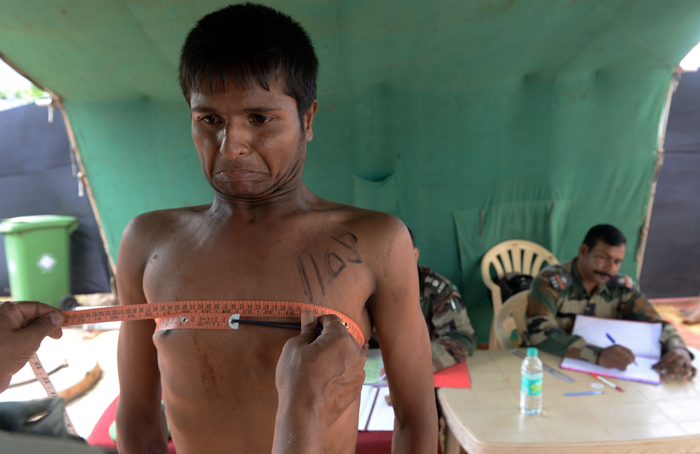 An Indian youth holds his breath to expand his chest while being measured at an Army recruitment rally in Virar district on Tuesday. Serving in the Indian Army, which provides excellent career opportunities and is one of the largest employers in the country, is a sought-after career. (INDRANIL MUKHERJEE/AFP/Getty Images) 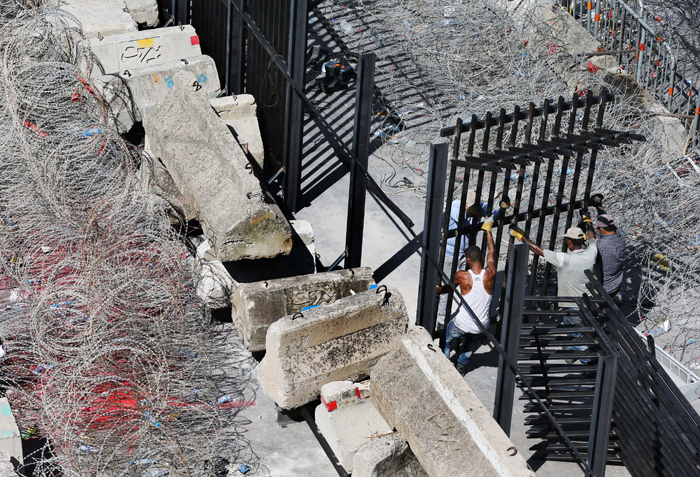 Lebanese workers set up tall metal barricades Tuesday as an extra security measure around the Lebanese government building after anti-government protesters removed the wire barriers during a last demonstration, in downtown Beirut, Lebanon. Protests over the government’s failure to deal with the garbage crisis have evolved into the most serious anti-government protests in Lebanon in years. The protesters seek to challenge an entire political class that has dominated Lebanon since its civil war ended in 1990. (Hussein Malla/AP) 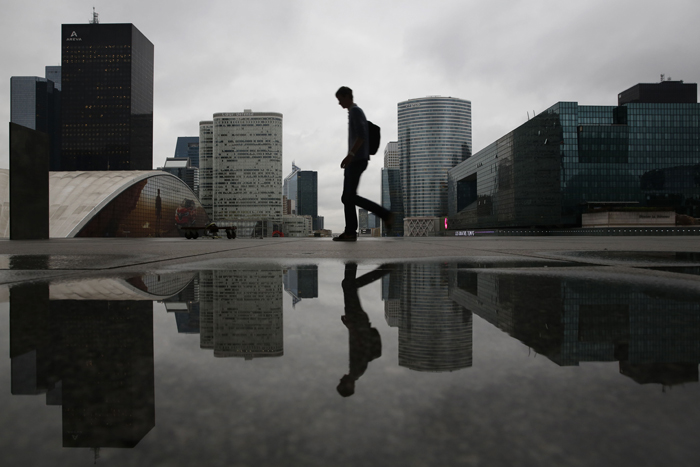 A man is reflected in a rain puddle as he walks through the business district of La Defense, west of Paris, on Tuesday. (FLORIAN DAVID/AFP/Getty Images) 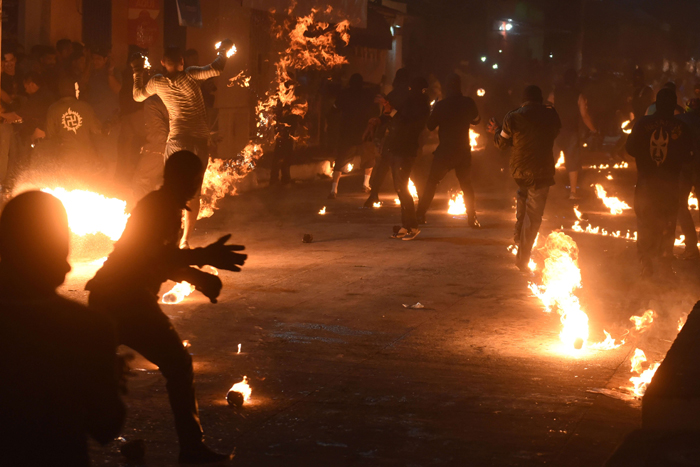 Young people participate in the “Fireball Festival” in the main street of Nejapa, some 13 miles north of San Salvador, on Monday. The traditional festival, dating from 1922, is held in honor of Saint Jeronimo and recalls the 1658 eruption of the San Salvador volcano that destroyed Nejapa. (Marvin RECINOS/AFP/Getty Images )