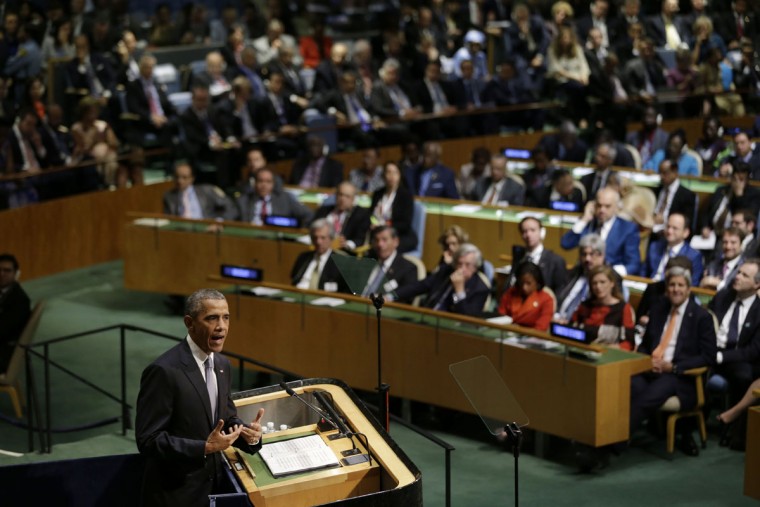 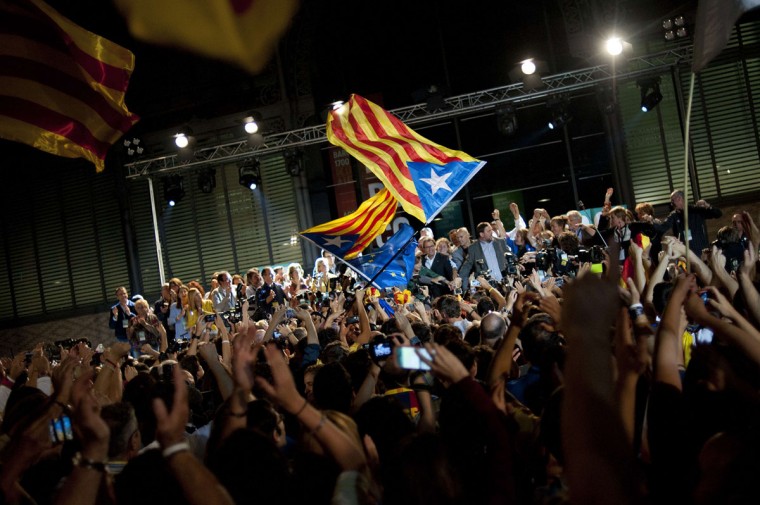 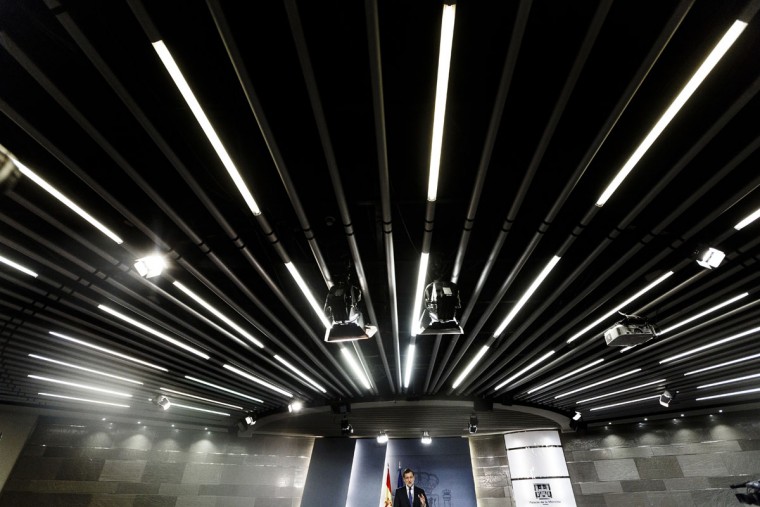 Spain Prime Minister Mariano Rajoy speaks during a press conference at the Moncloa Palace in Madrid, Spain, Monday, Sept. 28, 2015. In its first official reaction to the regional parliamentary vote in Catalonia, the Spanish government reiterated the Spanish state would not be split and that there would be no independence.(AP Photo/Daniel Ochoa de Olza) 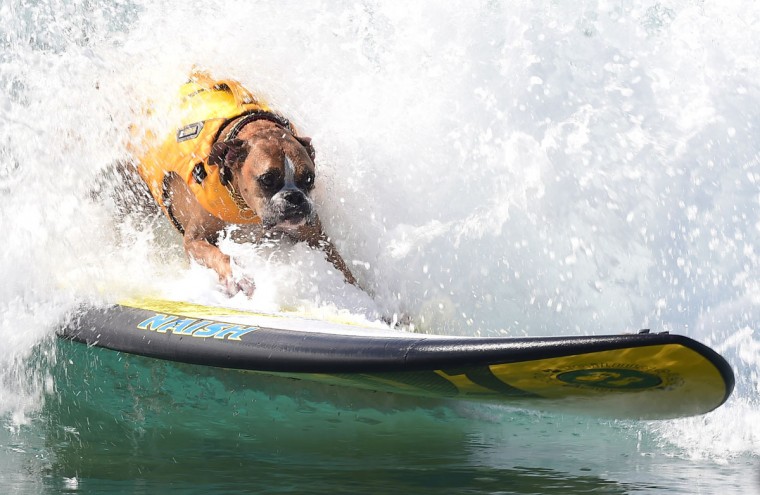 Dogs, big and small, and some in tandem or with their owner, participate in the 7th annual Surf City Surf Dog contest in Huntington Beach, California on September 27, 2015. (AFP Photo/Frederic Brown) 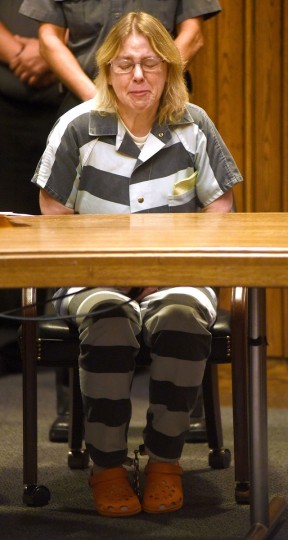 Joyce Mitchell cries in Clinton County Court, Monday, Sept. 28, 2015, in Plattsburgh, N.Y. Mitchell, who helped two convicted murderers escape from a maximum-security lockup by providing them with tools, was sentenced Monday to up to seven years behind bars. (Rob Fountain/Press-Republican via AP) 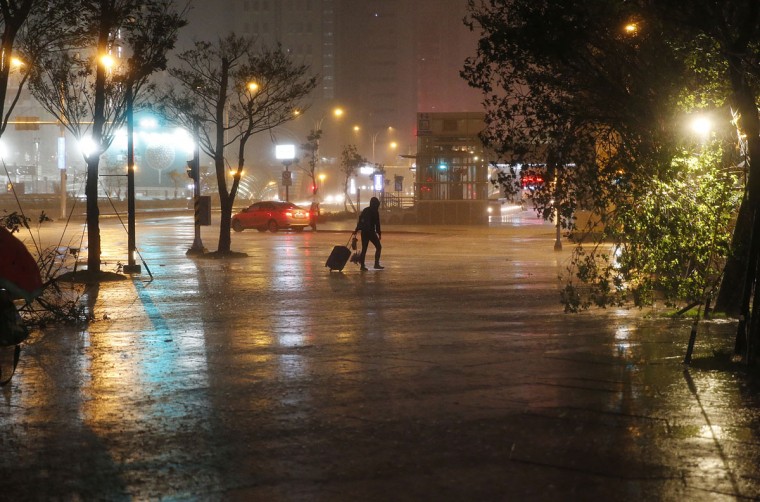 A pedestrian struggles with luggage in the strong winds and rain from Typhoon Dujuan in the business district of Taipei, Taiwan, Monday, Sept. 28, 2015. Dujuan picked up strength Sunday as it approached Taiwan, prompting warnings of strong winds and torrential rain. (AP Photo/Wally Santana) 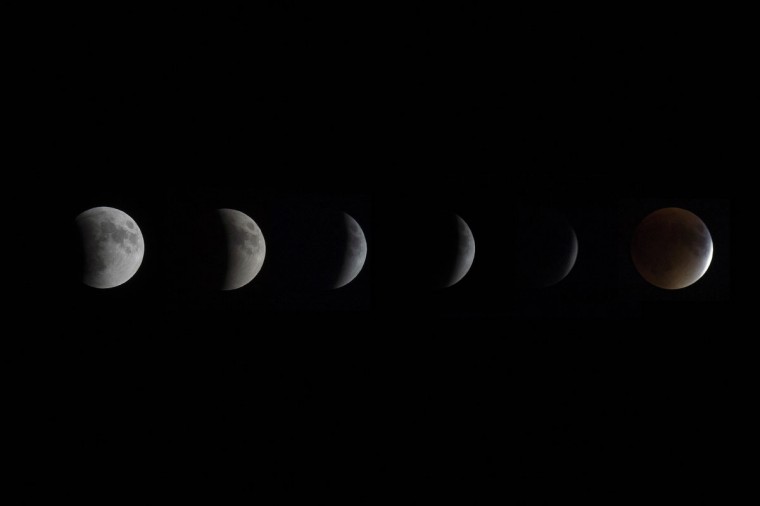 This composite image shows the progression of the total lunar eclipse to a Blood Moon in Centreville, MD, September 27, 2015. (AFP Photo/Jim Watson) 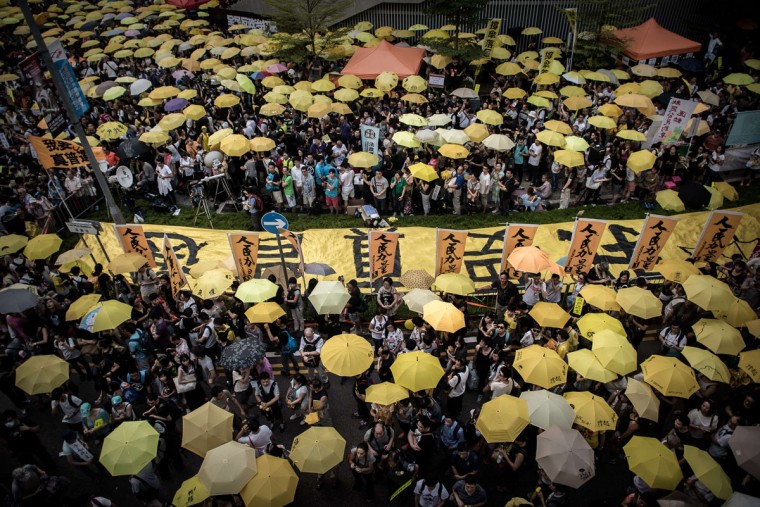 Pro-democracy demonstrators and activists gather outside the government headquarters building to mark one year since the start of mass pro-democracy rallies calling for fully free leadership elections in the semi-autonomous city, in Hong Kong on September 28, 2015. The 2014 Occupy protests began after China’s central government claimed it was offering a compromise of sorts by allowing a popular vote for the Hong Kong leader in 2017 but insisted candidates were vetted. (AFP Photo/Philippe Lopez) 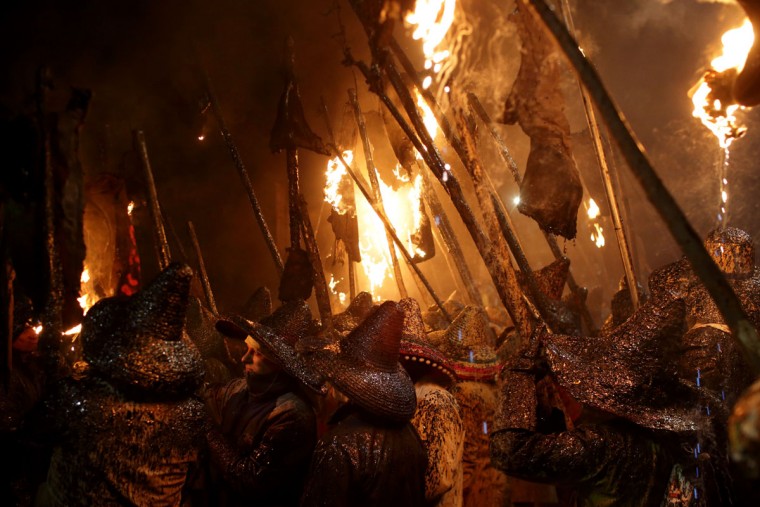 Villagers dress up in old clothes and cover their heads as they take part in The Civic procession of el Vitor in the town of Mayorga in Valladolid, Spain, Monday, Sept. 28, 2015. Villagers from a small village in the northern Spain burn leather wineskins that are hung from poles and between the songs of worshipers, the cloud of smoke, the fire and the smell of burnt fish pays homage to Santo Toribio, a missionary native to the village of Mayorga who was canonised in the 18th century. These acts of devotion are held in memory of the day that the villagers received the remains of the saint, in whose name the people went into the streets with flaming torches and lanterns. (AP Photo/Jose Vicente) 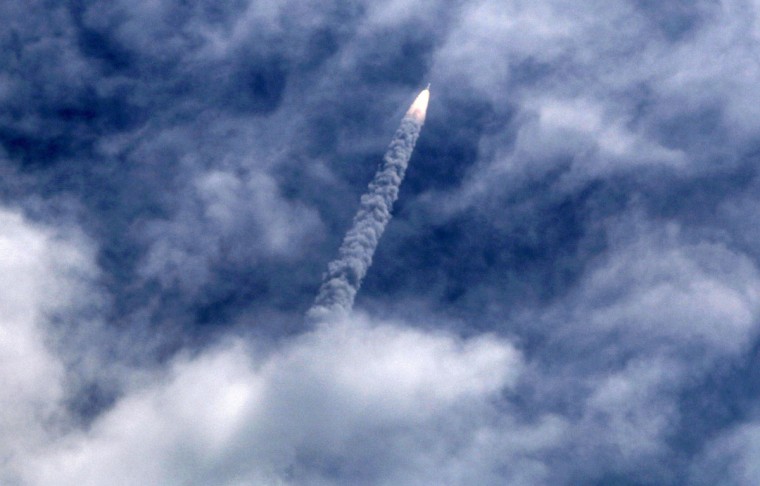 India’s Polar Satellite Launch Vehicle (PSLV-C30) lifts off from the Satish Dhawan Space Centre in Sriharikota, South India, Monday, Sept. 28, 2015. PSLV-C30 mission included the launching of India’s space observatory satellite Astrosat. The Astrosat, which has a mission life of five years, will send its data to a control center in the southern Indian city of Bangalore. (AP Photo/Arun Sankar) 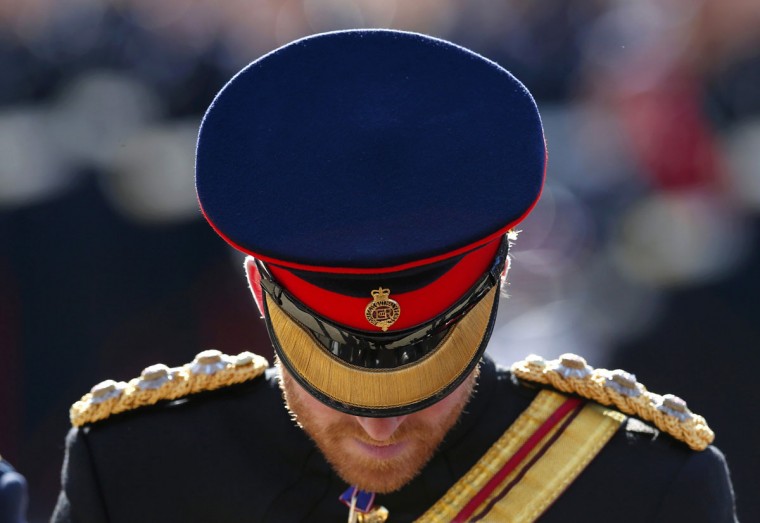 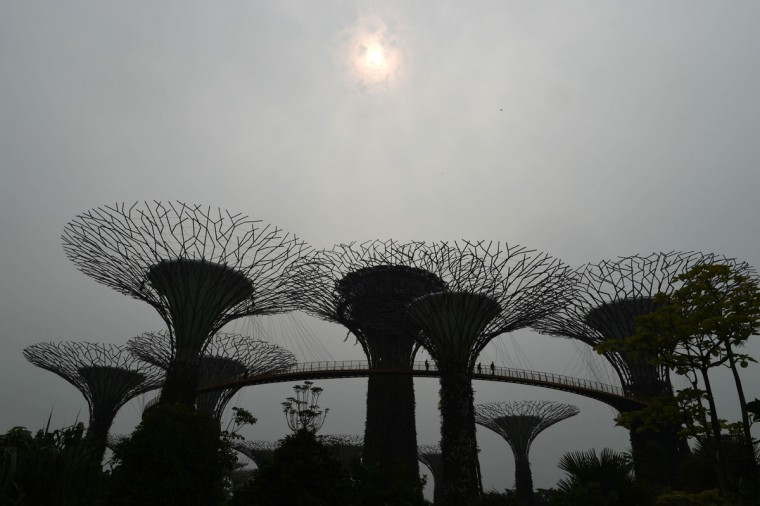 The sun is seen through a blanket of haze at the Garden by the Bay in Singapore on September 28, 2015. Singapore has launched legal action that could lead to massive fines against Indonesian companies blamed for farm and plantation fires spewing unhealthy levels of air pollution over the city-state. Five Indonesian companies including multinational Asia Pulp and Paper (APP) have been served with legal notices, according to a Singapore government statement issued late on September 25. (AFP Photo/Roslan Rahman) 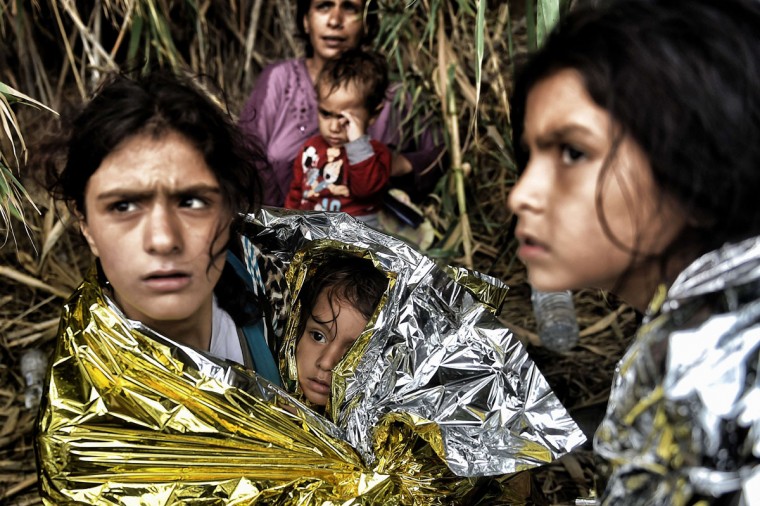 Syrian refugees are covered with life blankets upon arriving to the Greek island of Lesbos, after crossing the Aegean sea from Turkey, on September 28, 2015. Seventeen Syrians including five women and five children trying to reach Greece drowned September 27 when their boat sank in Turkish waters, local media reported. (AFP Photo/Aris Messinis)