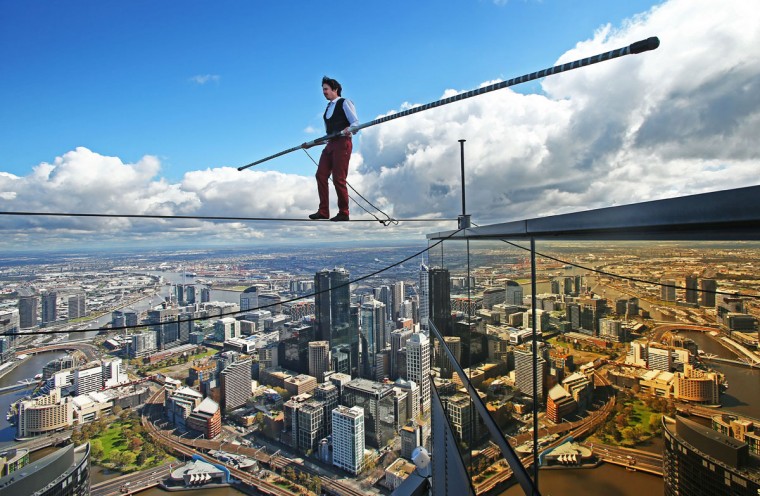 High-wire artist Kane Petersen successfully walks a tightrope 300 metres above the ground at Eureka Skydeck on September 16, 2015 in Melbourne, Australia. The walk was the highest tightrope walk ever attempted in the Southern Hemisphere. The stunt is to mark the arrival of the film ‘The Walk’ to Australian cinemas in October. The stunt saw Kane mimic the film’s French high-wire artist Philippe Petit, who successfully walked between the twin towers of the World Trade Center in 1974. (Photo by Scott Barbour/Getty Images) 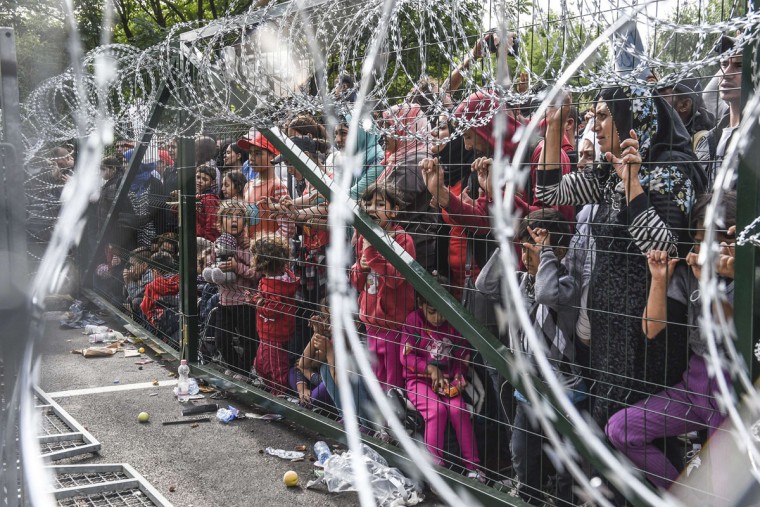 Refugees stand behind a fence at the Hungarian border with Serbia near the town of Horgos on September 16, 2015. Europe’s 20-year passport-free Schengen zone appeared to be a risk of crumbling with Germany boosting border controls on parts of its frontier with France as migrants desperate to find a way around Hungary’s border fence began crossing into Croatia. With a string of EU countries tightened frontier controls in the face of the unprecedented human influx, the cherished principle of free movement across borders — a pillar of the European project — seemed in grave jeopardy. (AFP Photo/Armend Nimani) 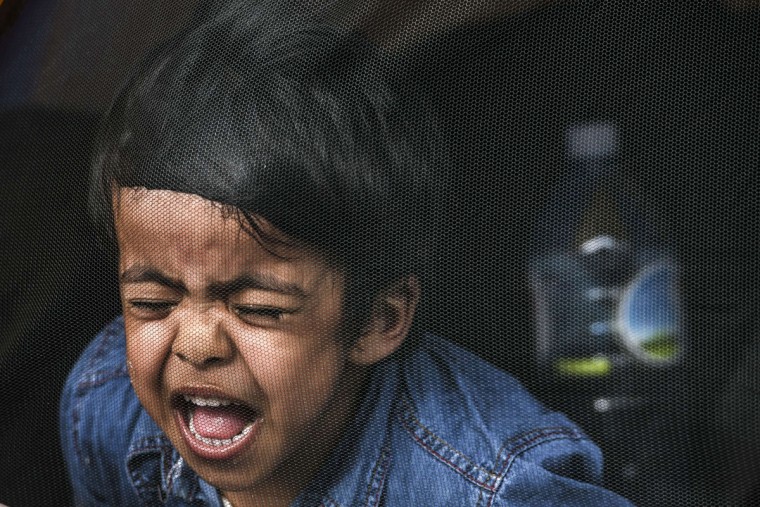 A child cries inside a tent at a makeshift refugee camp at the Hungarian border with Serbia near the town of Horgos on September 16, 2015. Europe’s 20-year passport-free Schengen zone appeared to be a risk of crumbling with Germany boosting border controls on parts of its frontier with France as migrants desperate to find a way around Hungary’s border fence began crossing into Croatia. With a string of EU countries tightened frontier controls in the face of the unprecedented human influx, the cherished principle of free movement across borders — a pillar of the European project — seemed in grave jeopardy. (AFP Photo/Armend Nimani) 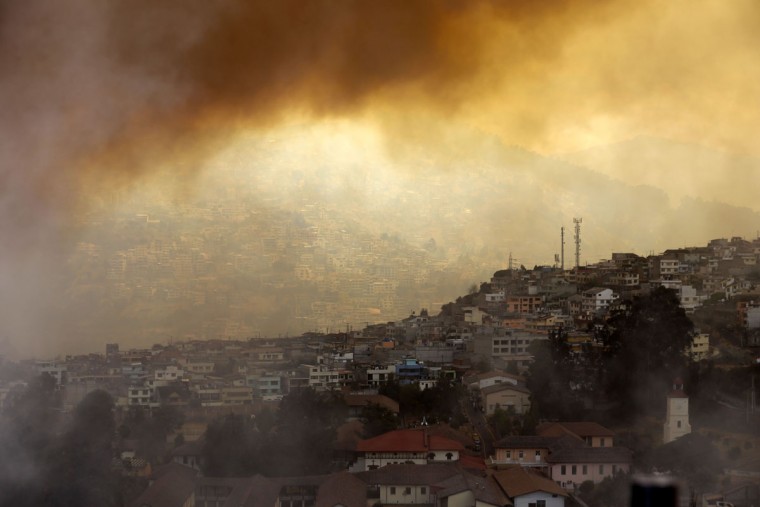 Smoke billows from a forest fire in the hillsides around Quito, on September 15, 2015. (AFP Photo/Juan Cevallos) 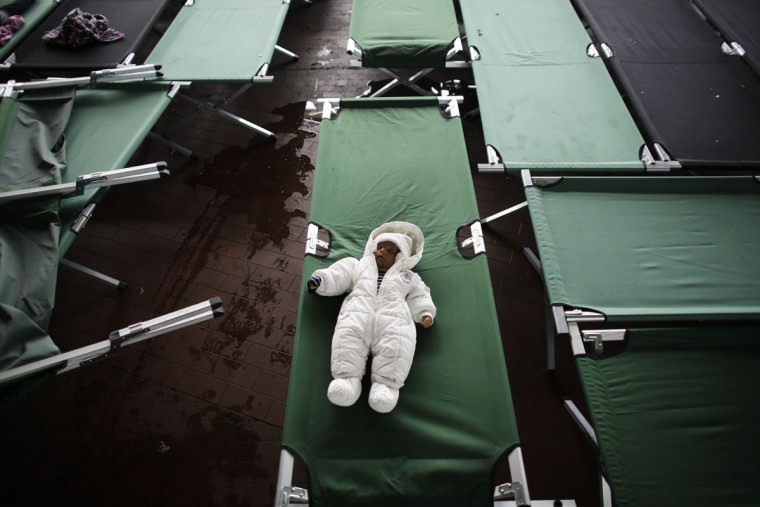 Three month old baby Parwan from Afghanistan sleeps on a bed at the temporary registration center of the southern German border town Passau, Tuesday, Sept. 15, 2015. Refugees were taken to the center from trains, cars or were picked up on streets. (AP Photo/Markus Schreiber) 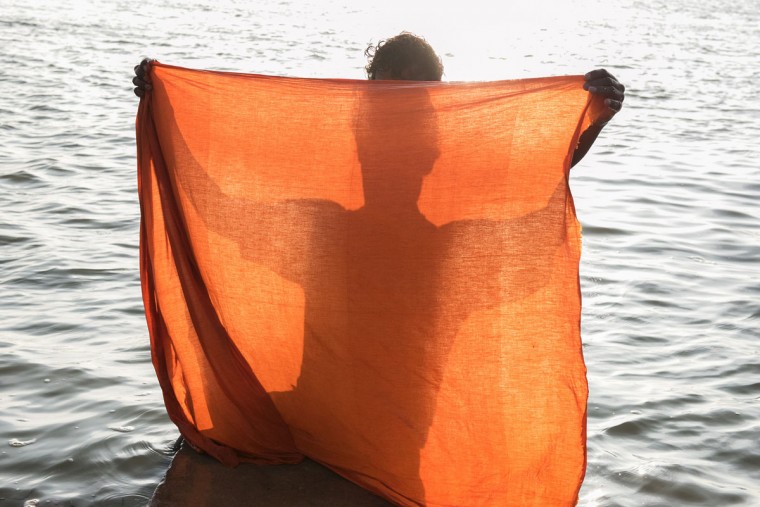 An Indian man washes an orange robe worn by a Hindu sadhu (holy man) in the River Ganges in Varanasi on September 16, 2015. The river, which flows from the Himalayas through India into the Bay of Bengal, is considered holy by Hindus and washing in its waters is thought to cleanse the soul. (AFP Photo/Alex Ogle) 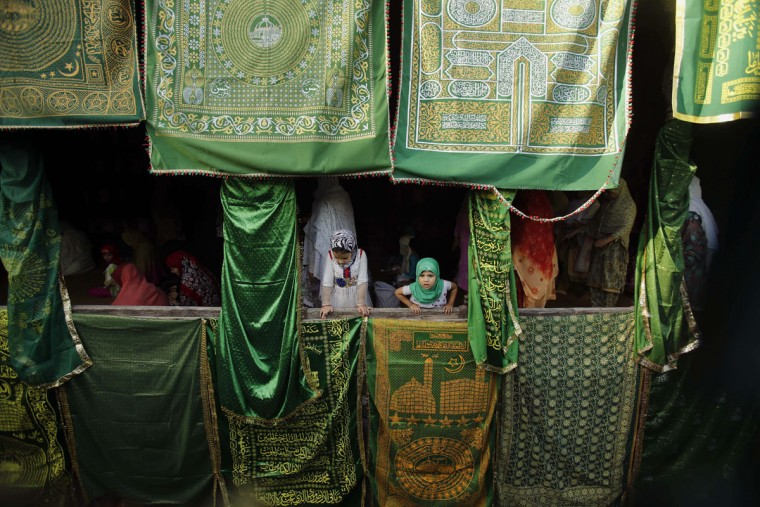 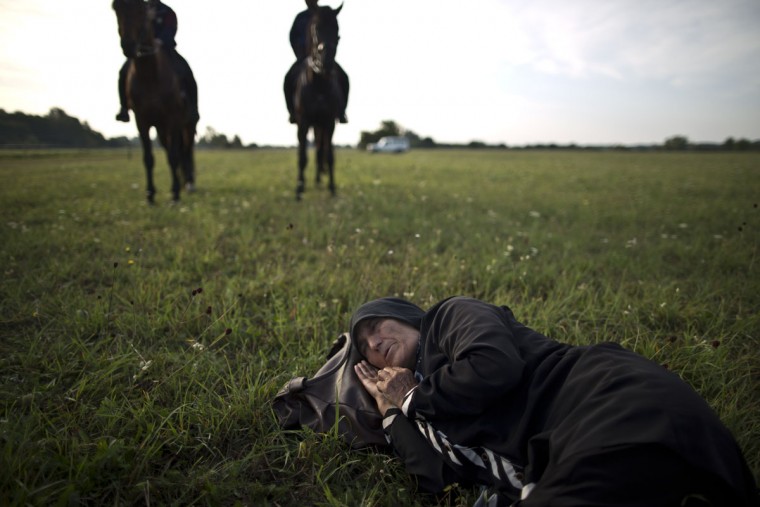 An elderly Afghan migrant rests on the ground of a field while she and others being detained by Hungarian police on horses for sneaking through Hungary’s border fence with Serbia, in Asotthalom, southern Hungary, Wednesday, Sept. 16, 2015. Small groups of migrants are continuing to sneak into Hungary from Serbia, a day after the country sealed its border and began arresting asylum-seekers trying to breach the new razor-wire barrier. (AP Photo/Muhammed Muheisen) 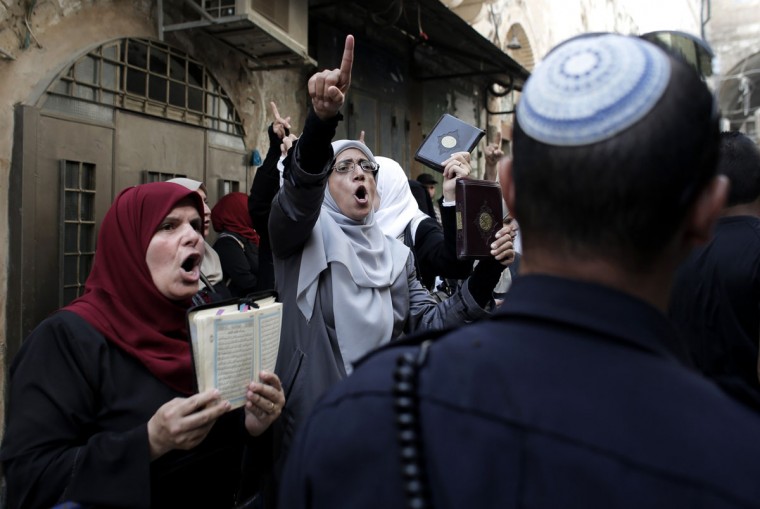 Palestinian women from the so-called Murabitat group shout slogans as they hold copies of the Koran, Islam’s holy book, during a protest against Jewish groups visiting the Al-Aqsa mosques compound and against preventing them from entering the shrine in Jerusalem’s Old City on September 16, 2015. Palestinians and Israeli security forces clashed in Jerusalem’s flashpoint Al-Aqsa mosque compound and the surrounding Old City in the last three days after Israeli forces entered the mosque during the Jewish new year celebrations. (AFP Photo/Ahmad Gharabli) 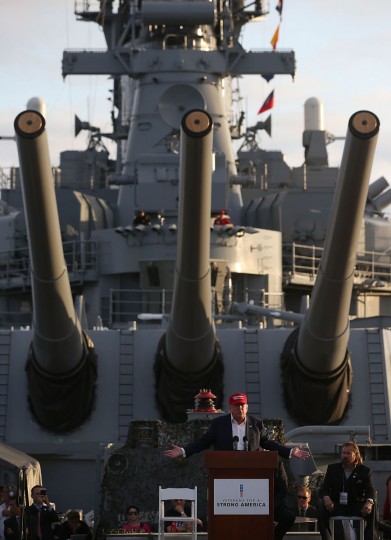 Republican presidential candidate Donald Trump speaks during a campaign rally aboard the USS Iowa on September 15, 2015 in Los Angeles, California. Donald Trump is campaigning in Los Angeles a day ahead of the CNN GOP debate that will be broadcast from the Ronald Reagan Presidential Library in Simi Valley. (Photo by Justin Sullivan/Getty Images) 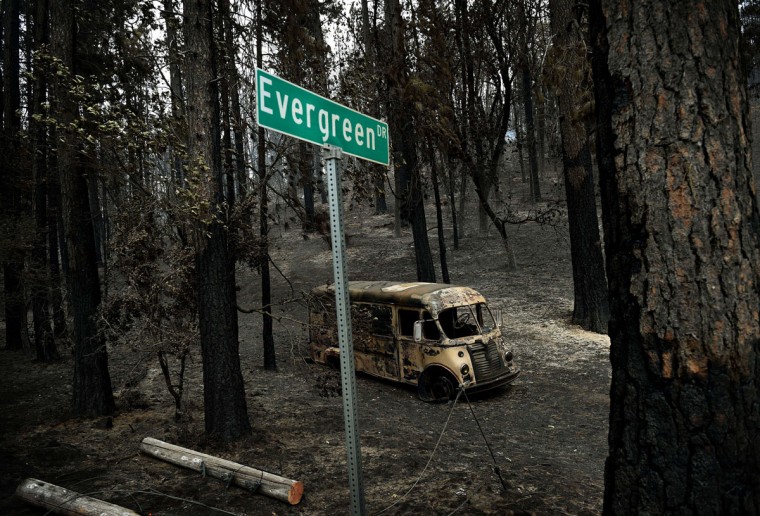 A general view shows a burned out vehicle on Evergreen Drive as firefighters continue to battle the Valley fire in the town of Cobb, California on September 15, 2015. The governor of California declared a state of emergency as raging wildfires spread in the northern part of the drought-ridden US state, forcing thousands to flee the flames. (AFP Photo/Mark Ralston) 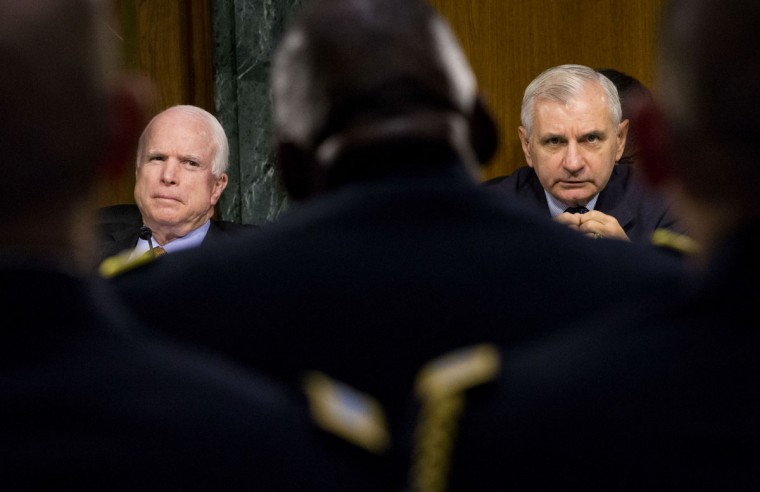 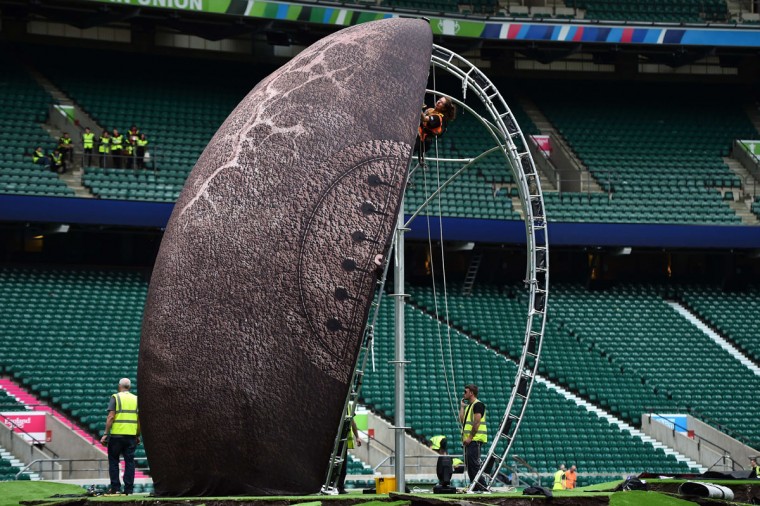 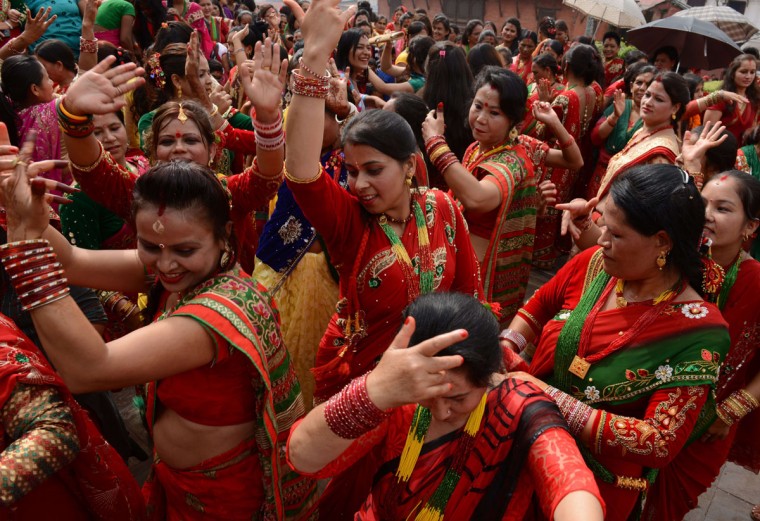 Nepalese Hindu women, dressed in red, dance after paying homage to Shiva, the Hindu god of destruction as they celebrate the Teej festival at the Pashupatinath temple area in Kathmandu on September 16, 2015. The three-day long Teej festival, celebrated by Hindu women in Nepal and some parts of India, is observed by married women with fasting during the day and praying for long lives for their husbands, while unmarried women wish for handsome husbands and happy conjugal lives. (AFP Photo/Prakash Mathema) 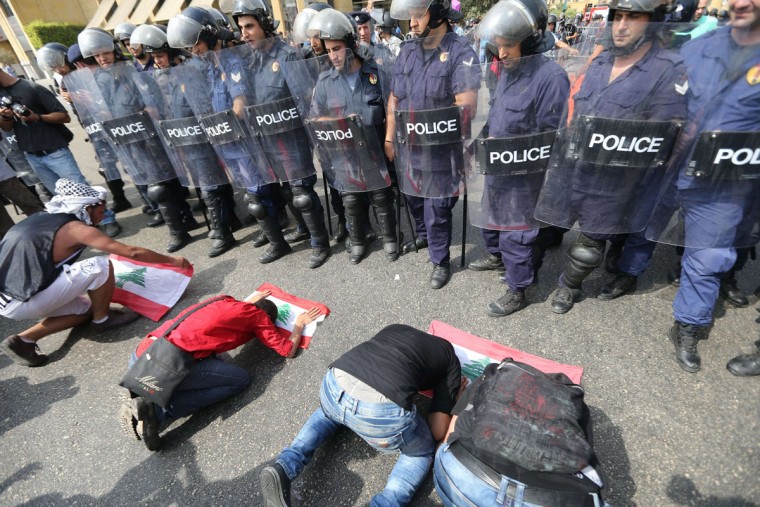 Lebanese activists from ‘You Stink’ campaign kneel and put their heads on the Lebanese flag as they shout the national anthem in front of riot police during a protest against todays session of a dialogue of top political figures, accused by the group of failing to resolve a crisis over rubbish building up in the streets, on September 16, 2015 in downtown Beirut. (AFP Photo/Joseph Eid) 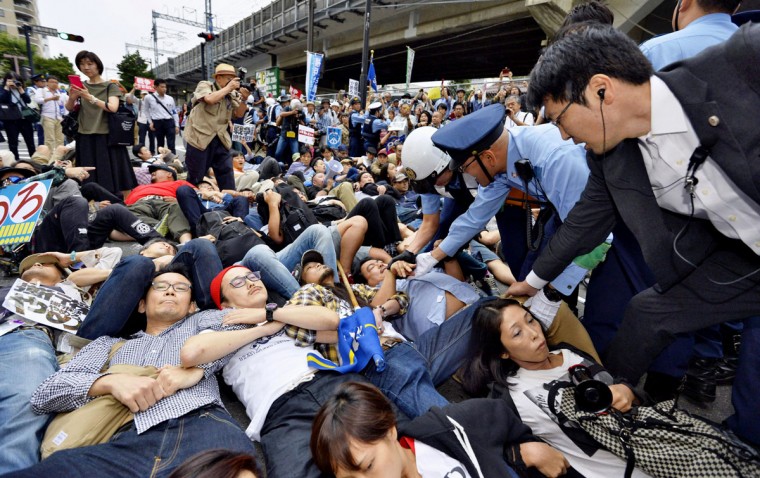 Protesters lie down arm in arm as police officers try to clear them in front of the venue hotel for a public hearing on the security legislation in Yokohama, south of Tokyo, Wednesday, Sept. 16, 2015. Opposition lawmakers and thousands of demonstrators were making last-ditch protests in a political showdown Wednesday as Japan’s ruling party started a final push to pass security legislation to expand the role of the country’s military. (Kyodo News via AP) 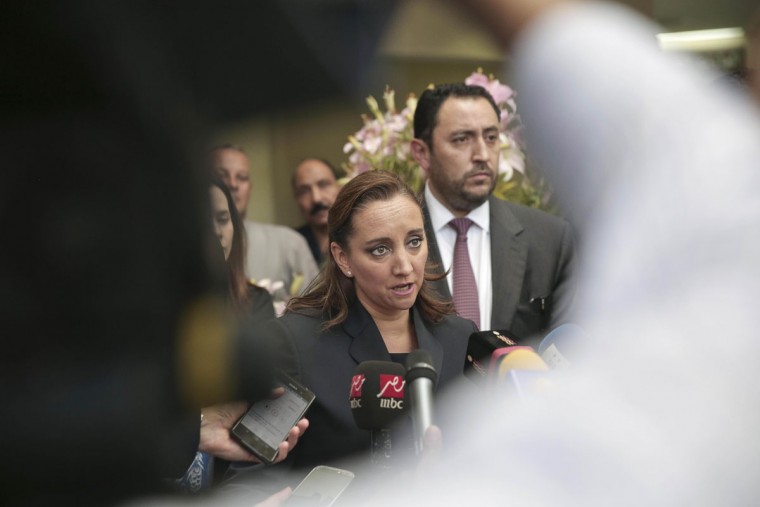 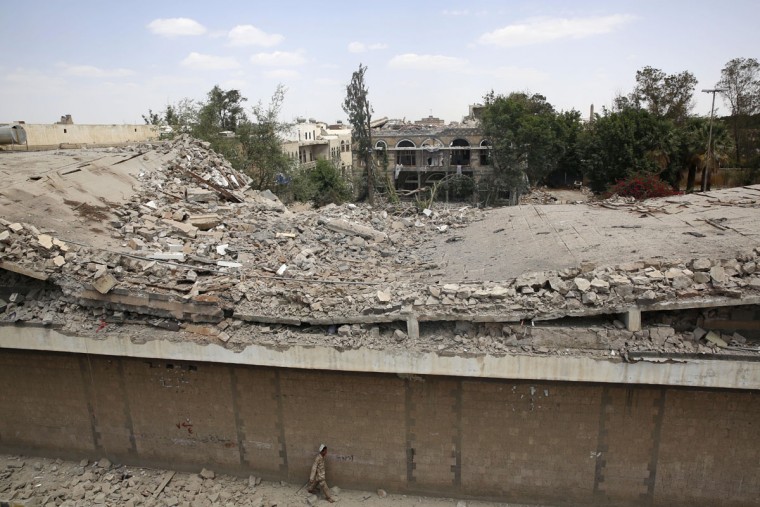 A Shiite fighter known as a Houthi, bottom, walks along the wall of the Houthi-controlled headquarters of the Yemeni army destroyed by Saudi-led airstrikes in Sanaa, Yemen, Wednesday, Sept. 16, 2015. The Houthis still control Sanaa, and are resisting a push by pro-government forces along several front lines around the country. (AP Photo/Hani Mohammed) 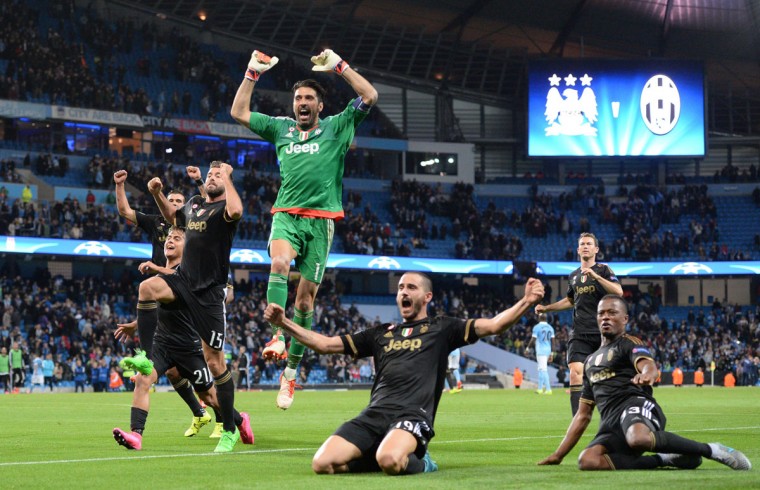 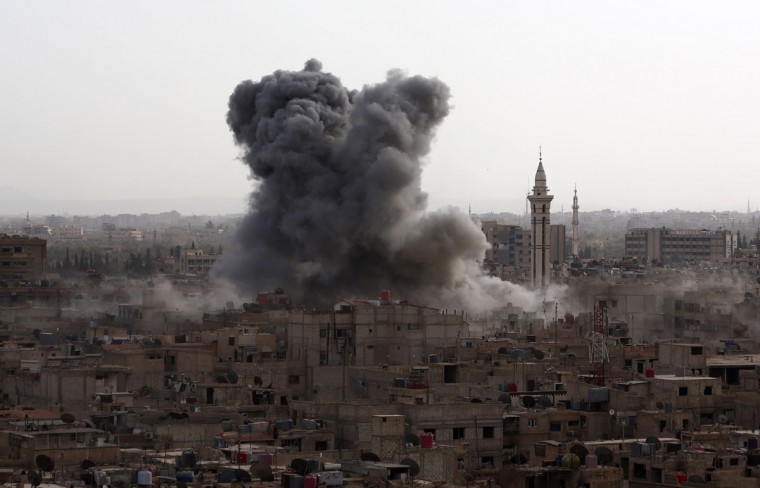