Bread for the Pope, smog in Malaysia, rescuing big cats from fires | Sept. 11 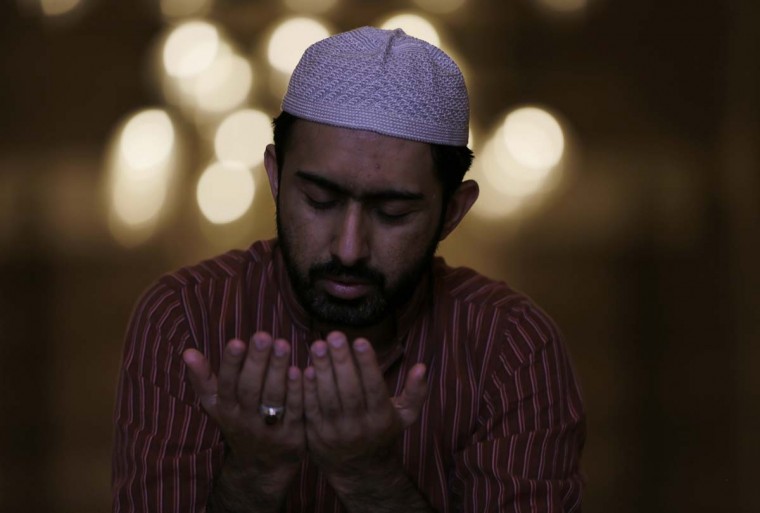 A man prays at Al-Fateh Grand Mosque in Manama, Bahrain, Friday, Sept. 11, 2015. Special prayers were held at the mosque in memory of five Bahraini soldiers, killed a week ago in Yemen while serving as part of a Saudi-led Gulf force fighting Houthi rebels. || CREDIT: HASAN JAMALI – AP PHOTO 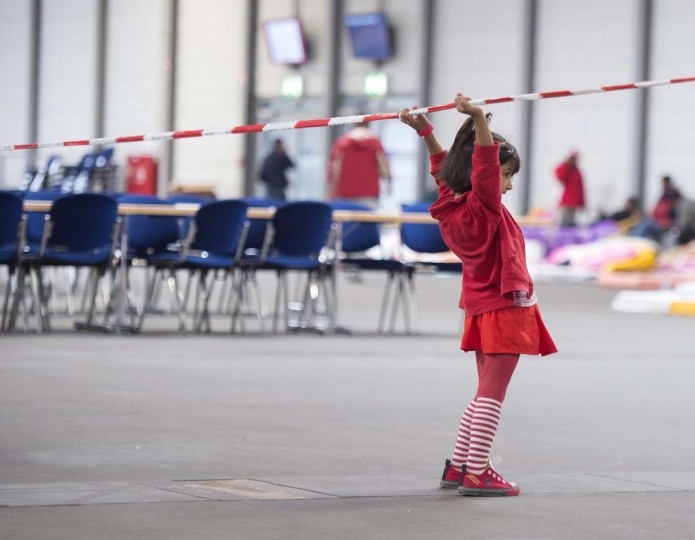 A child plays with a barrier tape in the accommodation for migrants and refugees at the exhibition halls of the trade fair Messe Erfurt, in Erfurt, central Germany, Friday, Sept. 11, 2015. || CREDIT: JENS MEYER – AP PHOTO 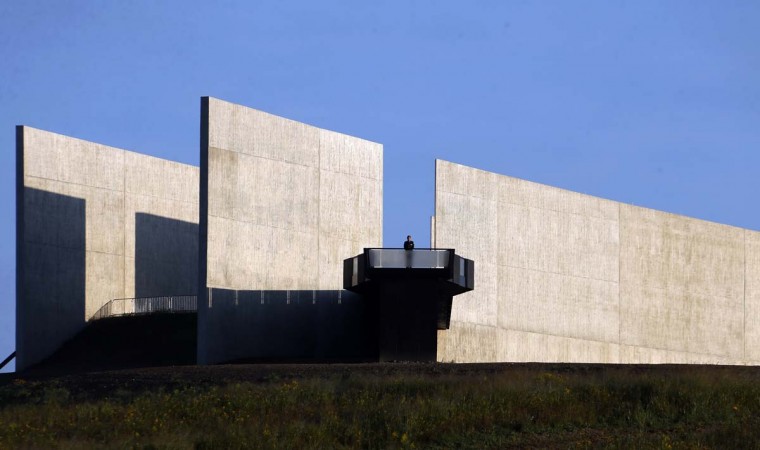 A visitor pauses on the observation deck of the Flight 93 National Memorial Visitors Center in Shanksville, Pa, Friday, Sept. 11, 2015, as the nation marks the 14th anniversary of the Sept. 11 attacks. || CREDIT: GENE J. PUSKAR – AP PHOTO 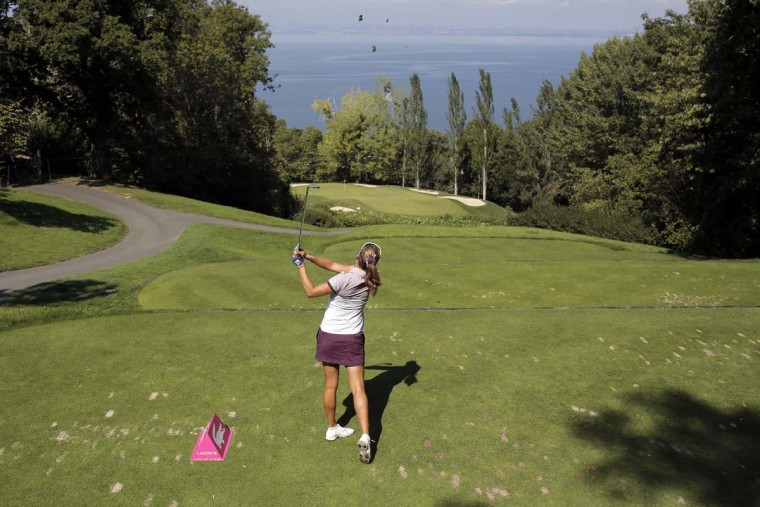 Lexi Thompson of the U.S plays on the second hole during the second round of the Evian Championship women’s golf tournament in Evian, eastern France, Friday, Sept. 11, 2015. || CREDIT: LAURENT CIPRIANI – AP PHOTO 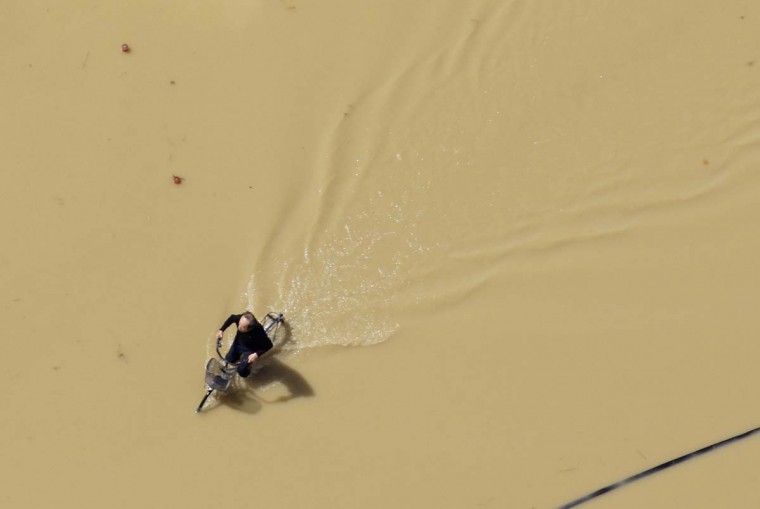 A man rides a bicycle in a road flooded with murky water in Joso, Ibaraki prefecture, northeast of Tokyo, Friday, Sept. 11, 2015. Two days of torrential rain caused flooding and landslides across much of Japan this week. ||Masanori Takei/Kyodo News via AP 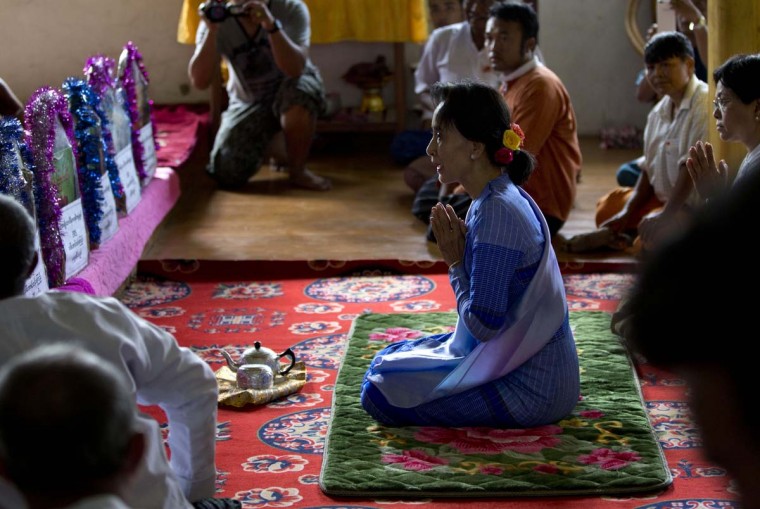 Myanmar’s opposition leader Aung San Suu Kyi, center, pays respect to Buddhist monks during a visit to a Buddhist monastery ahead of a campaign rally of her National League for Democracy party in Hpasawng, Eastern Kayah State, Friday, Sept. 11, 2015. The polls will be the first since a nominally civilian government was installed in 2011. But with the military still firmly in control of the process, there is widespread speculation as to whether the election will be free and fair. || CREDIT: GEMUNU AMARASINGHE – AP PHOTO 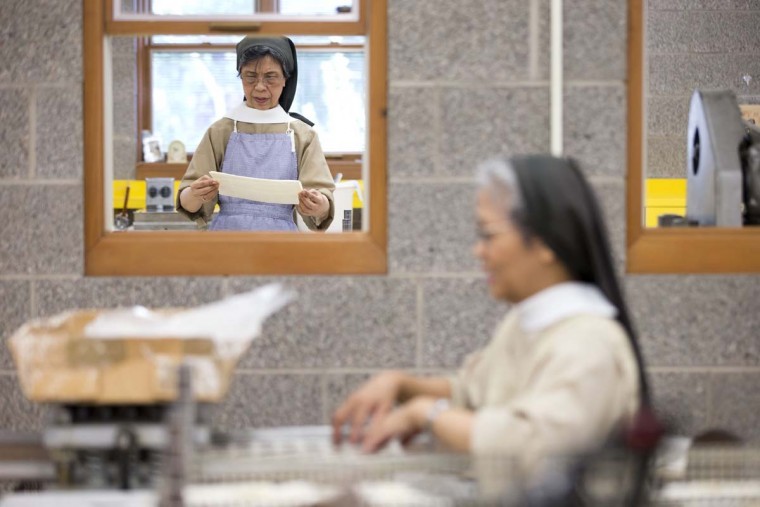 Poor Clares nuns, Sister Isabel looks at an uncut sheet of altar bread also known as communion wafers, as Sister Maria Eden uses a machine to cut out the individual wafers, Tuesday, Sept. 8, 2015, at the Monastery of Saint Clare in Langhorne, Pa. The nuns are helping to supply wafers for the scheduled Mass being celebrated by Pope Francis on Sept. 27 in Philadelphia. || CREDIT: MATT ROURKE – AP PHOTO 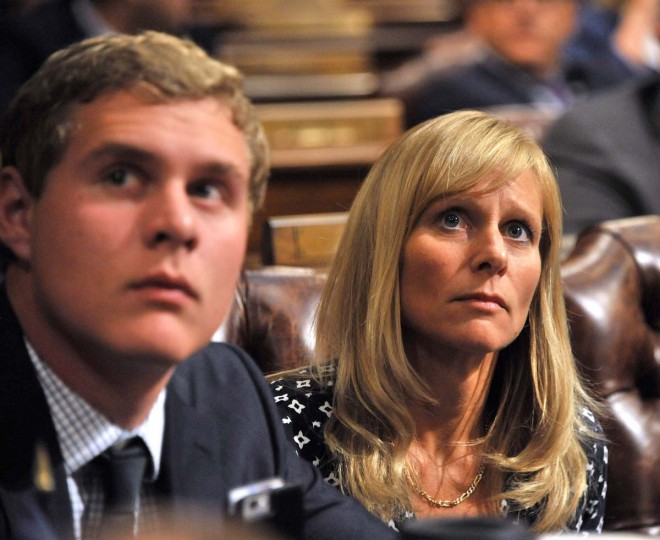 State Rep. Cindy Gamrat watches the voting with her son Joey as she is expelled from the Michigan House of Representatives, Friday, Sept 11, 2015, in Lansing, Mich. While Gamrat was expelled, Rep. Todd Courser resigned, effective immediately, after he and Gamrat rocked the Legislature with an extramarital affair and a botched attempt to conceal it with a fictional, sexually explicit email. (Dale G. Young/Detroit News via AP) 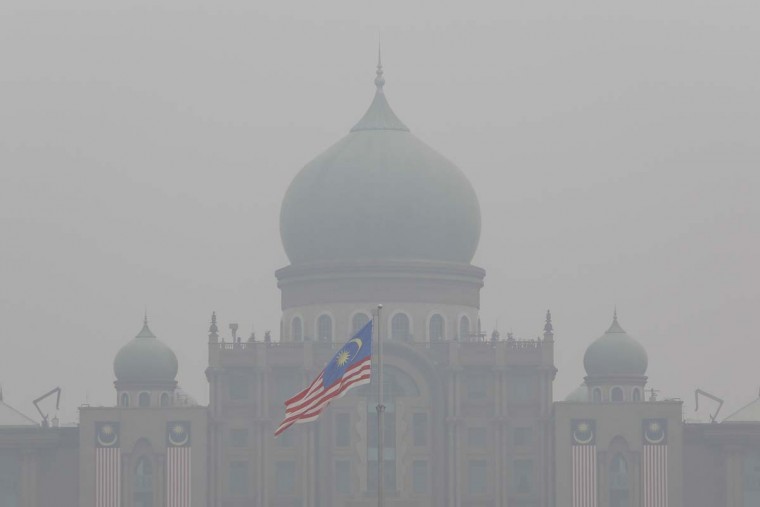 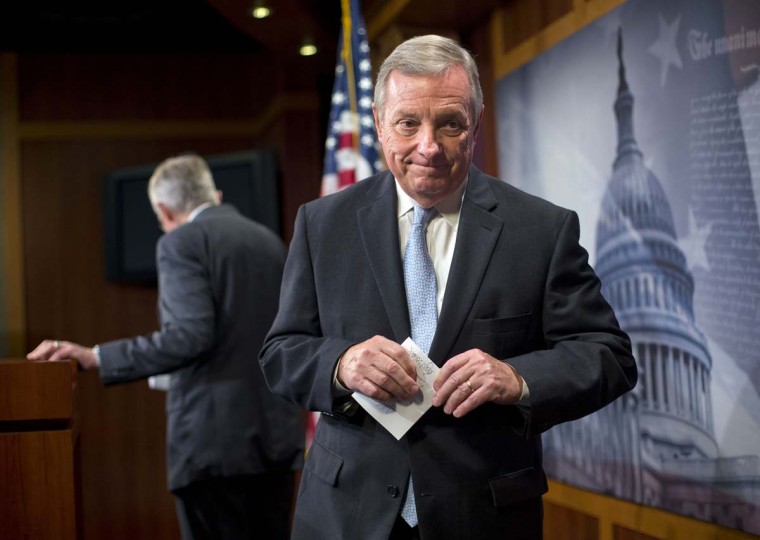 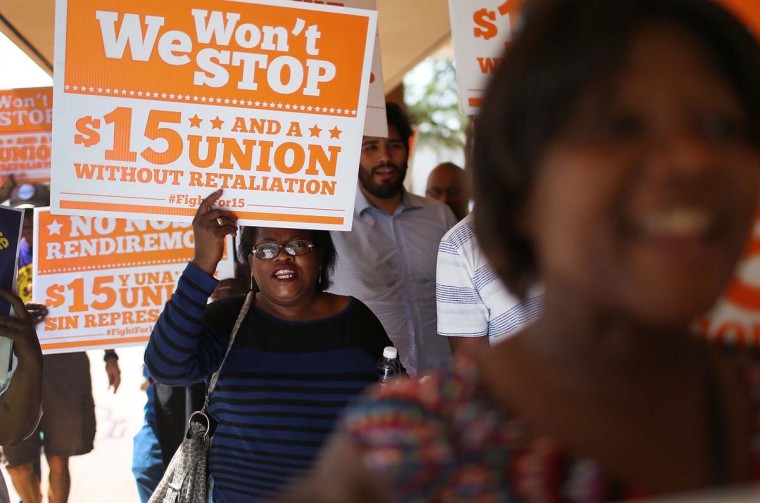 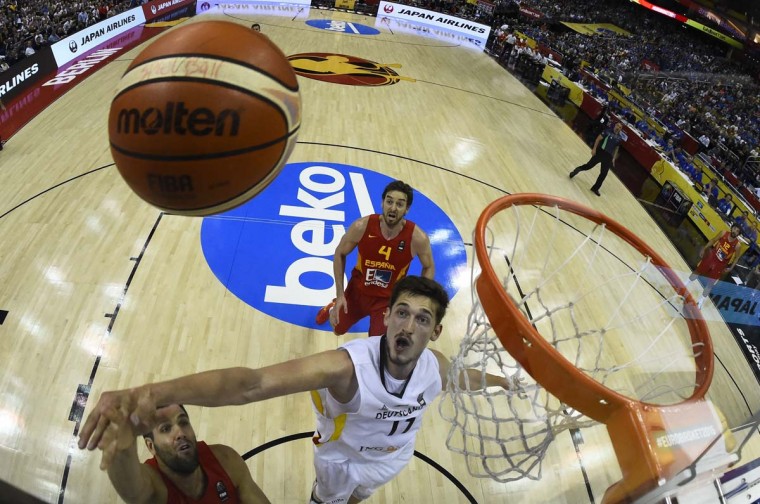 Spain’s Felipe Reyes and Germany’s Tibor Pleiss fight for the ball during the EuroBasket group B match Germay vs Spain in Berlin on September 10, 2015. || CREDIT: TOBIAS SCHWARZ – AFP/GETTY IMAGES 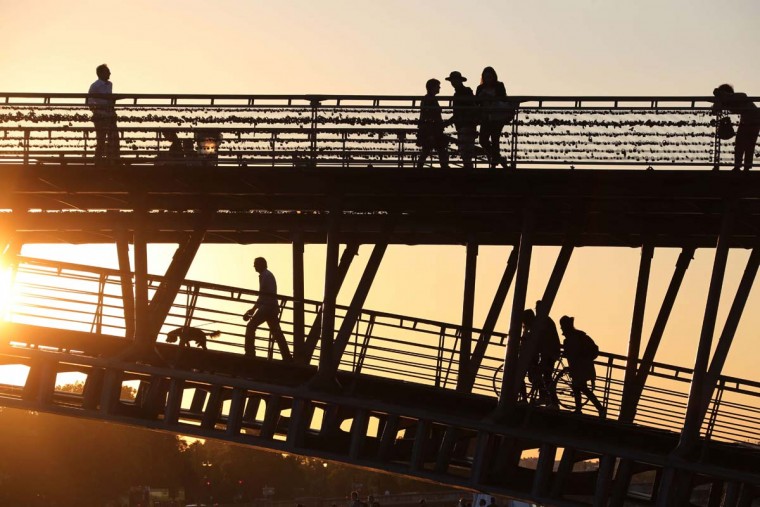 People walk on a bridge above the river Seine in Paris at sunset on September 10, 2015. || CREDIT: LUDOVIC MARIN – AFP/GETTY IMAGES 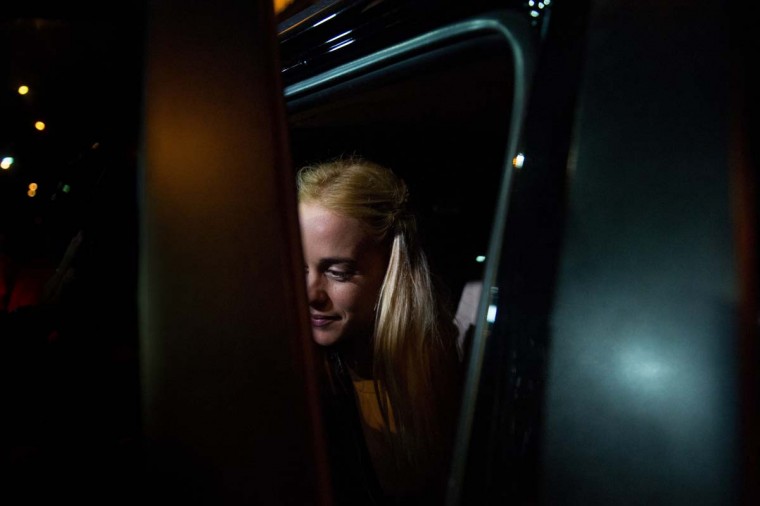 The wife of jailed opposition leader Leopoldo Lopez, Lilian Tintori, arrives at a press conference in Caracas on September 10, 2015. Jailed Venezuelan opposition leader Leopoldo Lopez was sentenced to nearly 14 years in prison for inciting violence during deadly protests in 2014. The popular dissident, a US-trained economist who has been held at a military prison since February 2014, is accused of inciting violence against the government of President Nicolas Maduro and attempting to force his ouster. || CREDIT: FEDERICO PARRA – AFP/GETTY IMAGES 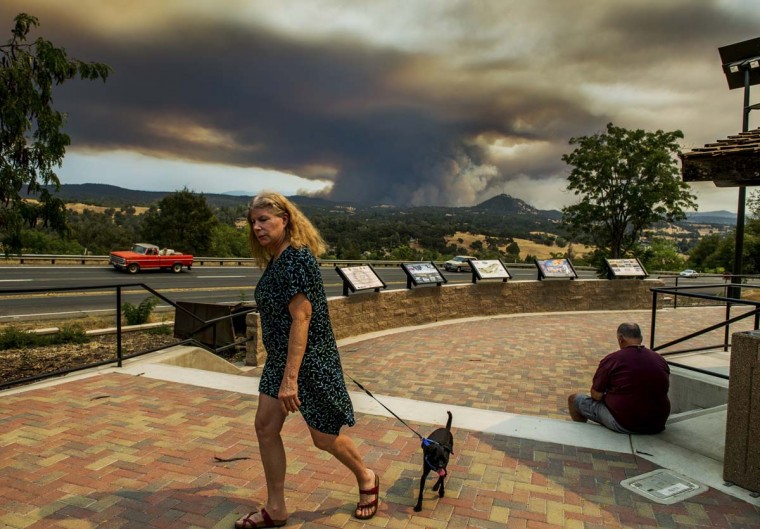 Lauren Rice and her dog Leroy go for a walk with a wildfire burning in the background Thursday Sept. 10, 2015, near Jackson, Calif. Lions, tigers and other cats big and small are being evacuated as California’s biggest wildfire continues to spread, possibly threatening the park where they live, officials said Thursday. (Andrew Seng/The Sacramento Bee via AP) 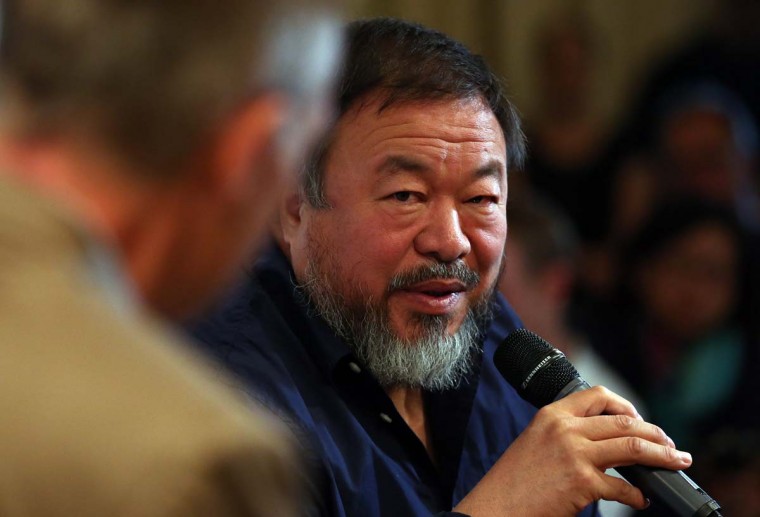 Chinese artist Ai Weiwei attends a press conference at the Royal Academy of Arts on September 11, 2015 in London, England. Ai Weiwei speaks to the media ahead of his forthcoming exhibition at the Academy which runs from September 19 to December 13, 2015. (Photo by Carl Court/Getty Images) 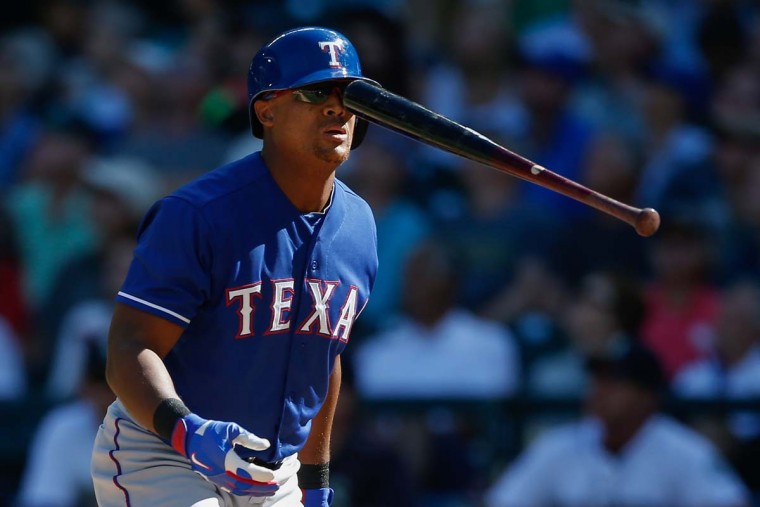 Adrian Beltre #29 of the Texas Rangers flips his bat after swinging and missing in the ninth inning against the Seattle Mariners at Safeco Field on September 10, 2015 in Seattle, Washington. The Mariners defeated the Rangers 5-0. (Photo by Otto Greule Jr/Getty Images) 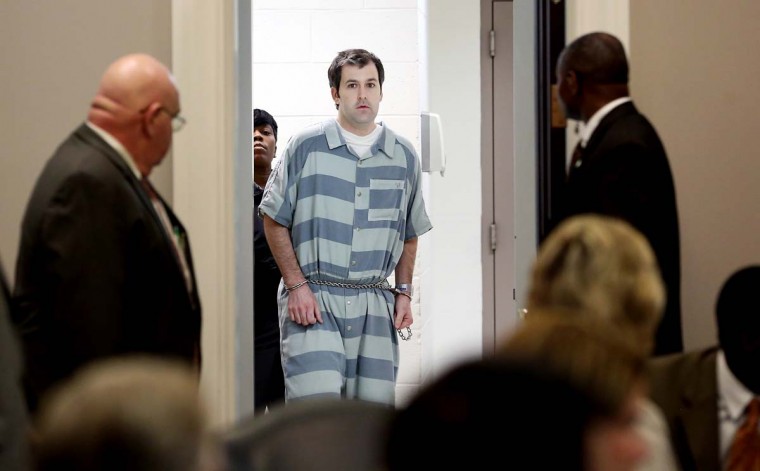 Former North Charleston officer Michael Slager is lead into court for a bond hearing at the Charleston County Court House September 10, 2015 in Charleston, South Carolina. Slager is charged with the murder of Walter Scott. Slager shot Scott in the back when Scott ran away during a traffic stop on April 4th in 2015. (Photo by Grace Beahm-Pool/Getty Images) 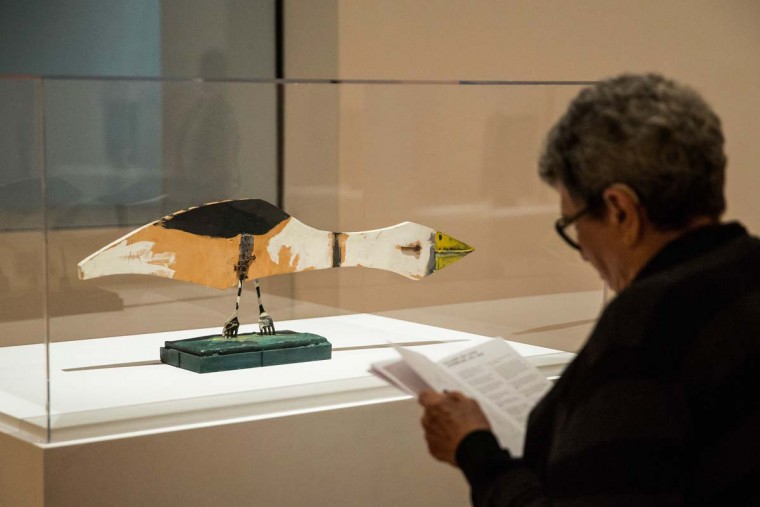 Viewers look at sculptures made by Pablo Picasso at the Museum of Modern Art’s (MoMA) “Picasso Sculpture” exhibit on September 10, 2015 in New York City. The exhibit includes 141 sculptures made by the artist and will run until February 7, 2016. (Photo by Andrew Burton/Getty Images) 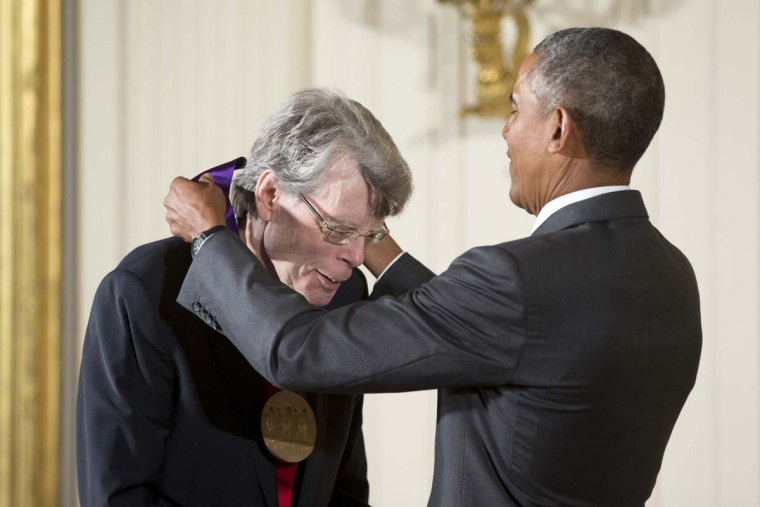 President Barack Obama awards the 2014 National Medal of Arts to Author Stephen King of Bangor, Maine, during a ceremony in the East Room at the White House in Washington, Thursday, Sept. 10, 2015. || CREDIT: ANDREW HARNIK – AP PHOTO 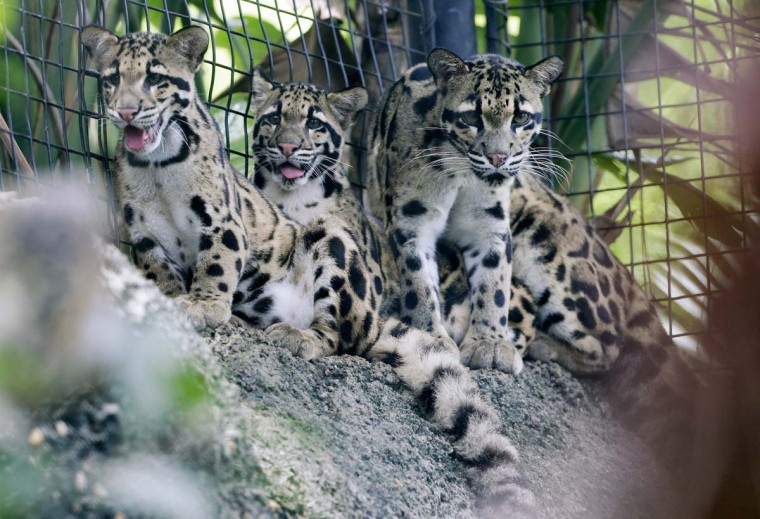 Six-month-old clouded leopard kittens Malee, left, and Suree, center, join their mother Serai, right, on a perch in their enclosure at Zoo Miami, Thursday, Sept. 10, 2015, in Miami. The kittens made their official public debut the day before, and are scheduled to be on exhibit on Sunday from 10:00 a.m. to 3:00 p.m., with their schedule being re-evaluated next week for further viewings, that will eventually leading up to daily exhibition. || CREDIT: WILFREDO LEE – AP PHOTO