A pickup game between candidates, an attack on tourists, a fire festival | Sept. 18 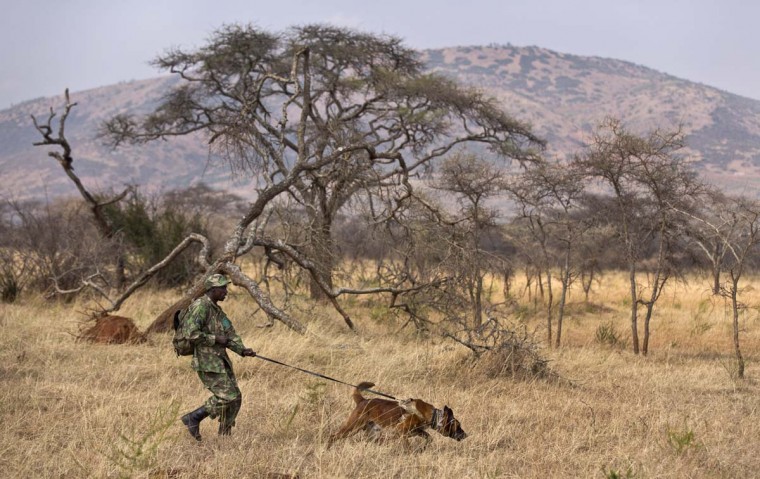 In this photo taken Monday, Sept. 7, 2015, tracker dog Bruno, 4, leads his handler Emmanuel Habimana across the savannah as he follows the scent of hidden park rangers playing the role of poachers, during a training exercise in Akagera National Park, eastern Rwanda. The park is using a former South African military dog handler to train a team of tracker dogs in the pursuit of wildlife poachers, following the dogs’ earlier deployment in the search for Lord’s Resistance Army (LRA) members in the Central African Republic. || CREDIT: BEN CURTIS – AP PHOTO 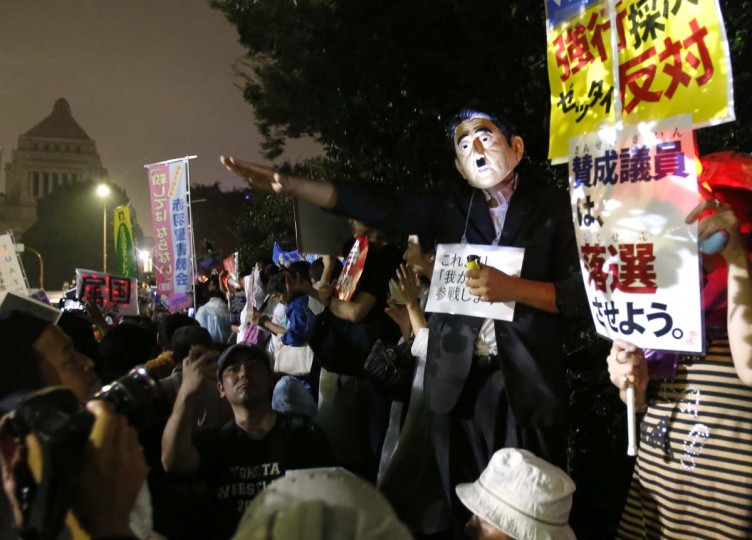 A protester wearing a mask of Japanese Prime Minister Shinzo Abe gestures during a rally against Japanese government in front of the parliament building in Tokyo, Friday, Sept. 18, 2015. Japan’s parliament is moving toward final approval of legislation that would loosen post-World War II constraints placed on its military, an issue that has sparked sizeable street protests and raised fundamental questions about whether the nation needs to shift away from its pacifist ways to face growing security challenges. || CREDIT: SHUJI KAJIYAMA – AP PHOTO 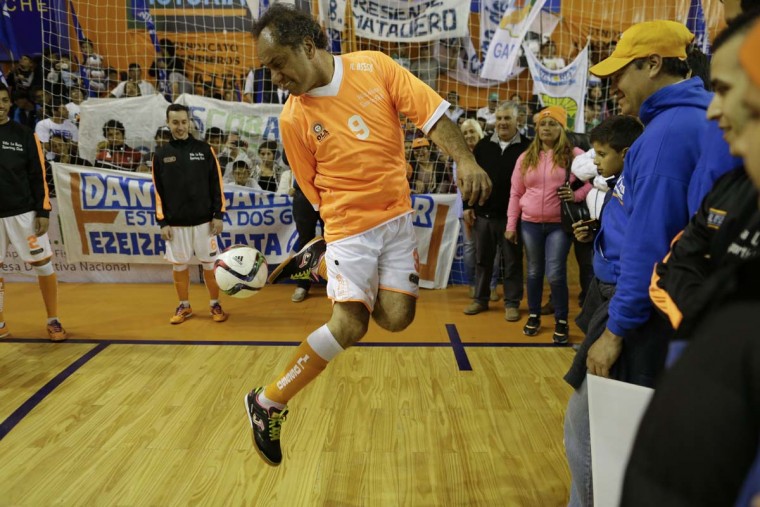 Daniel Scioli, the governor of Buenos Aires province who’s running for president of Argentina, shows off his skills with a soccer ball before playing a friendly indoor soccer match against Bolivia’s President Evo Morales, in Buenos Aires, Argentina, Thursday, Sept. 17, 2015. Scioli is the ruling party presidential candidate for Argentina’s next presidential election set for Oct. 2, of this year. Scioli, a former power boat racer, lost his right arm in 1989 in an accident while competing. || CREDIT: NATACHA PISARENKO – AP PHOTO 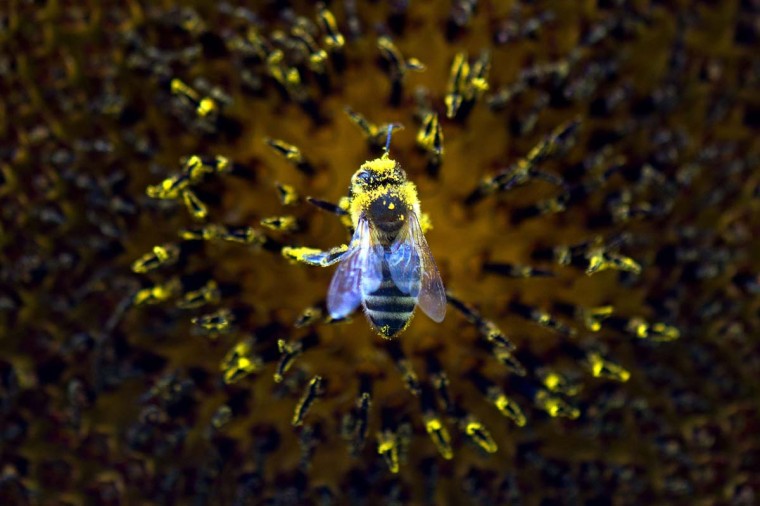 A bee collects pollen from a sunflower on September 18, 2015 in Dresden, eastern Germany. ARNO BURGI/AFP/Getty Images 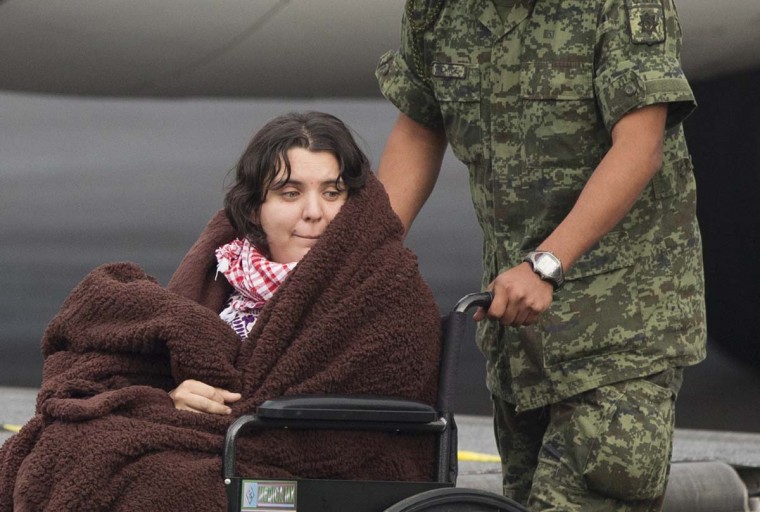 A Mexican woman wounded in an attack by the Egyptian army while traveling in Egypt, is transferred from her return flight to a waiting helicopter at the presidential hangar of Benito Juarez International Airport in Mexico City, Friday, Sept. 18, 2015. Eight other Mexicans died Sunday when Egyptian forces hunting militants mistakenly attacked their convoy in the western desert. Four other people died in the attack on the convoy, which was led by Egyptian guides. Their nationalities were not confirmed. || CREDIT: REBECCA BLACKWELL – AP PHOTO 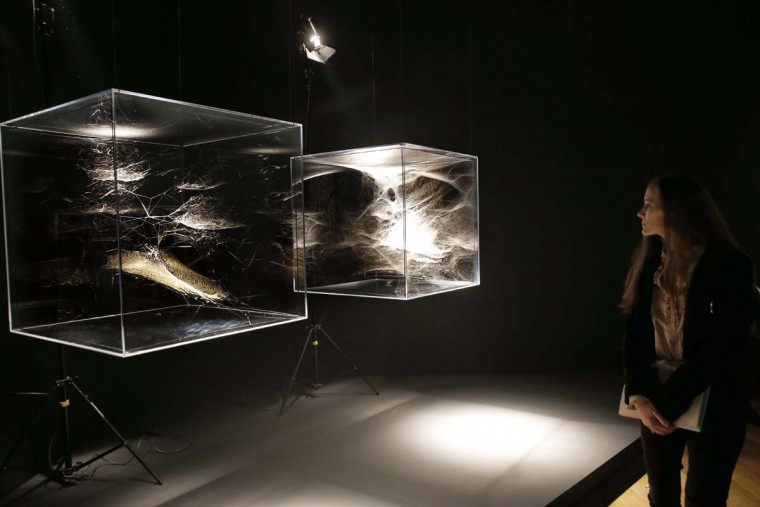 A visitor looks at spiderweb scultpures by Argentinian artist Tomas Saraceno that are part of the exhibition ‘A Brief History of the Future’ (Une brève histoire de l’avenir) during a press preview at the Louvre museum in Paris on September 18, 2015. The exhibition will be open to the public from September 24, 2015 until January 4, 2016. || CREDIT: PATRICK KOVARIK – AFP/GETTY IMAGES 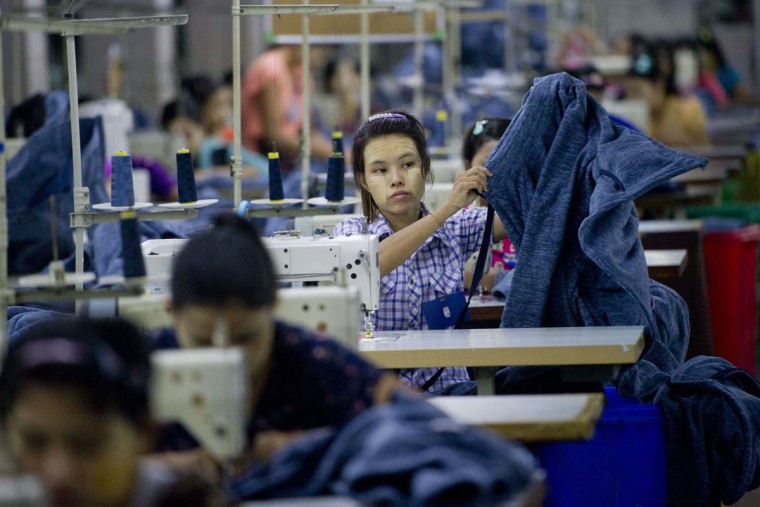 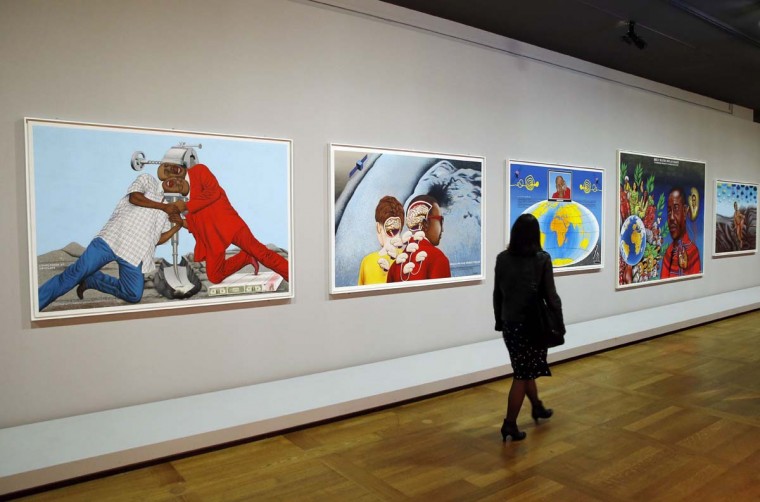 A visitor walks past pictures by artist Cheri Samba from the Democratic Republic of Congo that are part of the exhibition ‘A Brief History of the Future’ (Une brève histoire de l’avenir) during a press preview at the Louvre museum in Paris on September 18, 2015. The exhibition will be open to the public from September 24, 2015 until January 4, 2016. || CREDIT: PATRICK KOVARIK – AFP/GETTY IMAGES 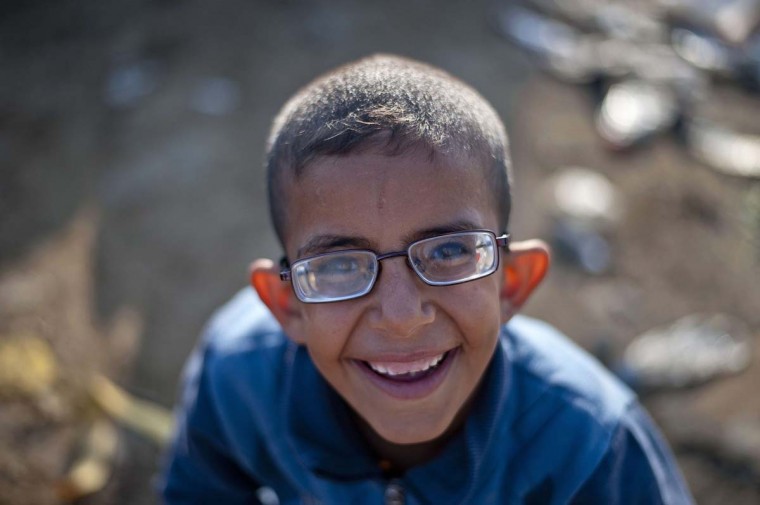 A Syrian boy smiles after crossing the Greek-Macedonian border near Gevgelija on September 18, 2015. Land routes to northern Europe from the Balkans were all closed for migrants, after Croatia closed their border with Serbia because of the unprecedented human wave. The crisis, challenging the EU’s humanitarian reputation and its vaunted policy of border mobility, has triggered an extraordinary summit, bringing leaders of the 28-nation bloc together next week. || CREDIT: NIKOLAY DOYCHINOV – AFP/GETTY IMAGES 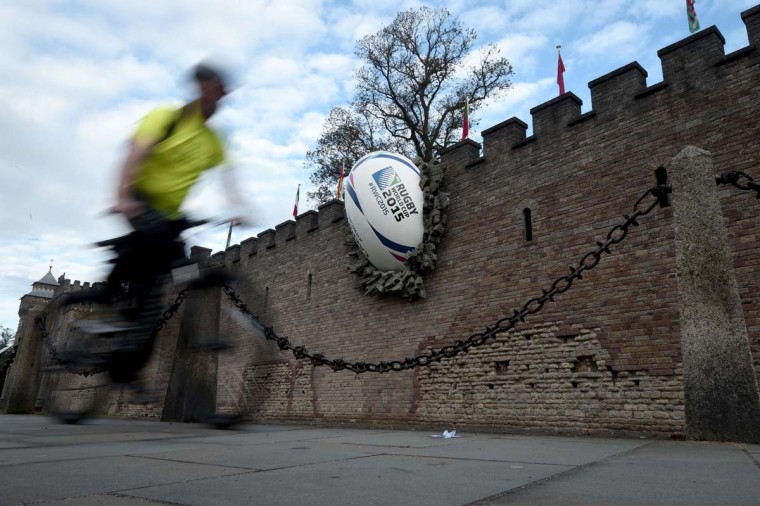 A man cycles past a giant rugby ball breaking the wall of Cardiff castle on September 18, 2015, ahead of the 2015 Rugby Union World Cup. || CREDIT: DAMIEN MEYER – AFP/GETTY IMAGES 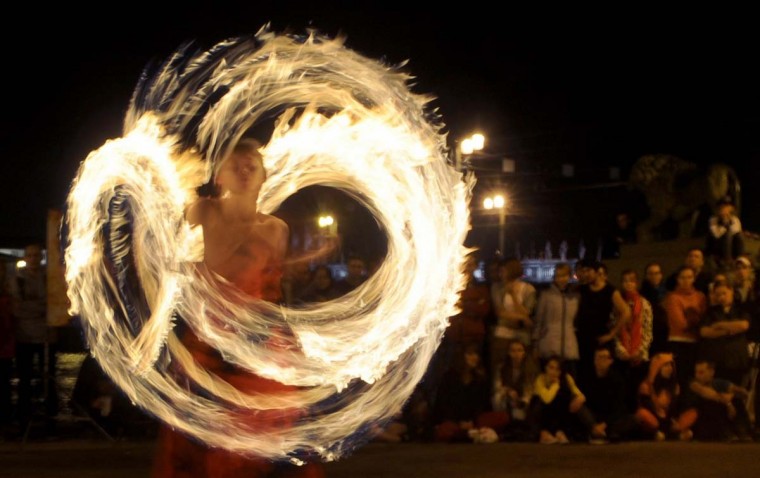 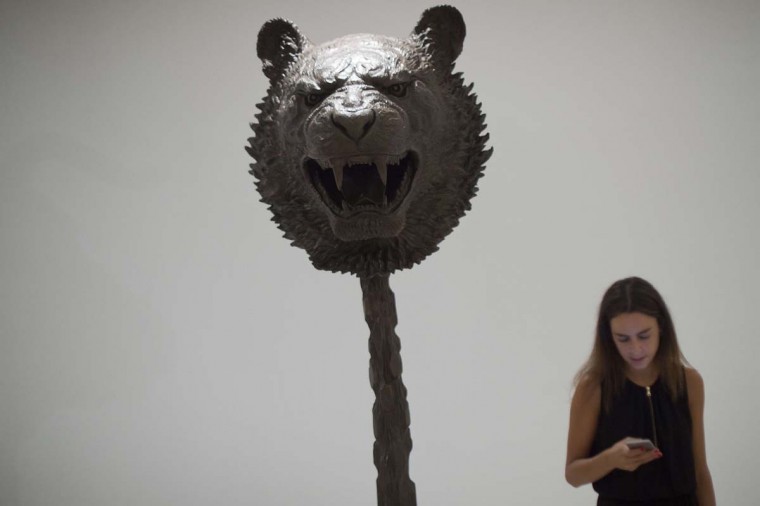 A woman checks her smartphone past a sculpture titled “Circle of Animals / Zodiac Heads and representing a bear head of Chinese artist Ai Weiwei at the Contemporary Art Centre “CAC” in Malaga on September 18, 2015. The exhibition will be open from September 18 to December 6, 2015. || CREDIT: JORGE GUERRERO – AFP/GETTY IMAGES 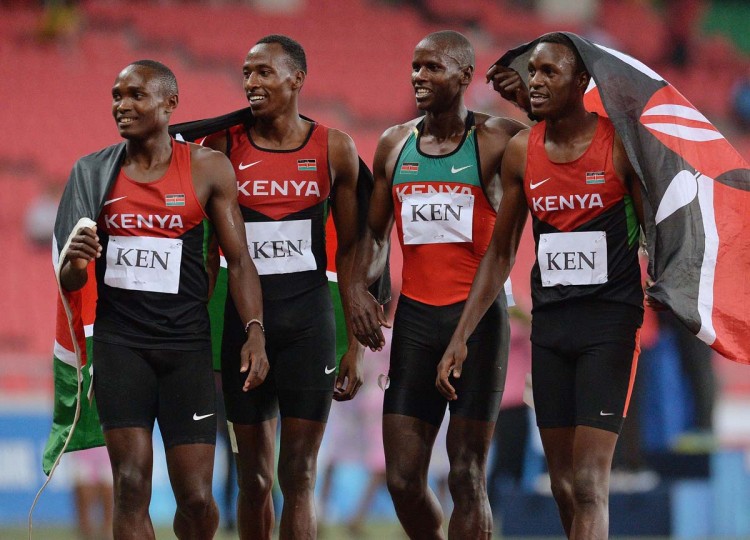 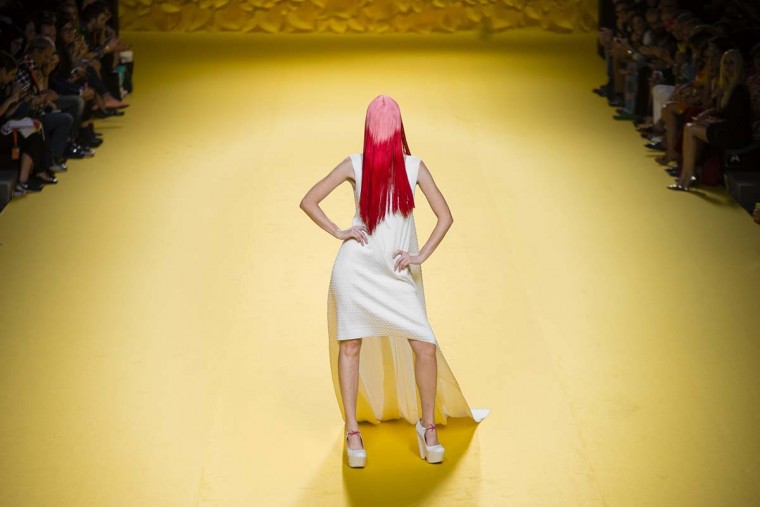