We interrupt this broadcast for a special bulletin …”

This was what a war-weary world had been waiting for ever since Japanese aircraft appeared over Pearl Harbor on Dec. 7, 1941, launching the attack that brought the nation into World War II.

In the wake of the dropping of atomic bombs on Hiroshima and Nagasaki in early August, Japan’s military leaders vowed to continue fighting on while the country’s six-member Supreme Council debated surrendering.

It was Prime Minister Kantaro Suzuki who finally took the surrender issue to Emperor Hirohito, who declared that “continuing the war means destruction for the nation and a prolongation of bloodshed and cruelty in the world. …. We must bear the unbearable. I swallow my tears and give my sanction to the proposal to accept the Allied proclamation.”

The Japanese emperor announced on radio on Aug. 14, 1945, that his country would accept the surrender terms. 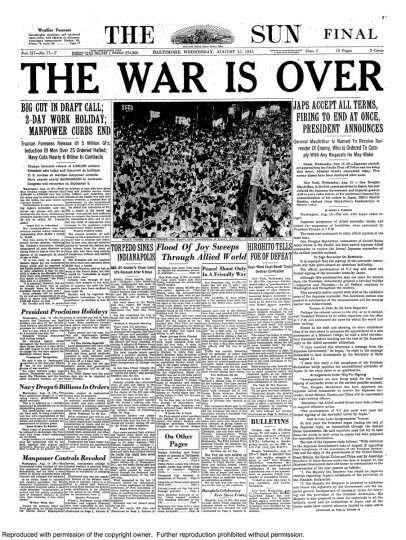 The Wednesday, August 15, 1945 edition of The Baltimore Sun: “The War is Over.” (Baltimore Sun archives) 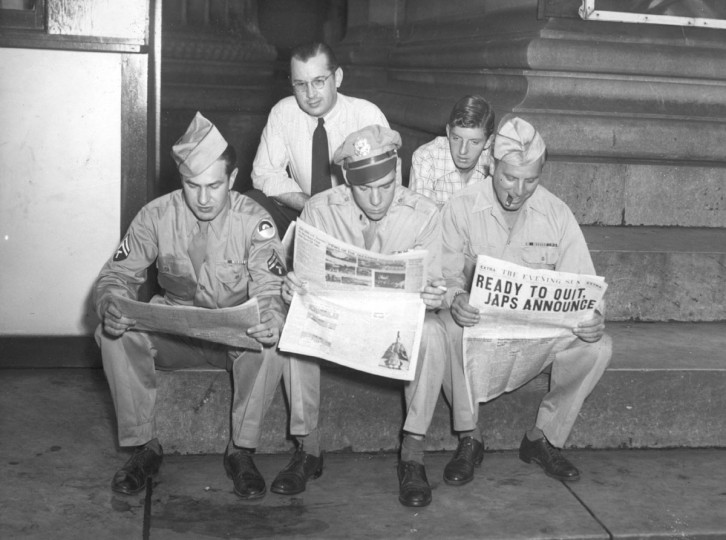 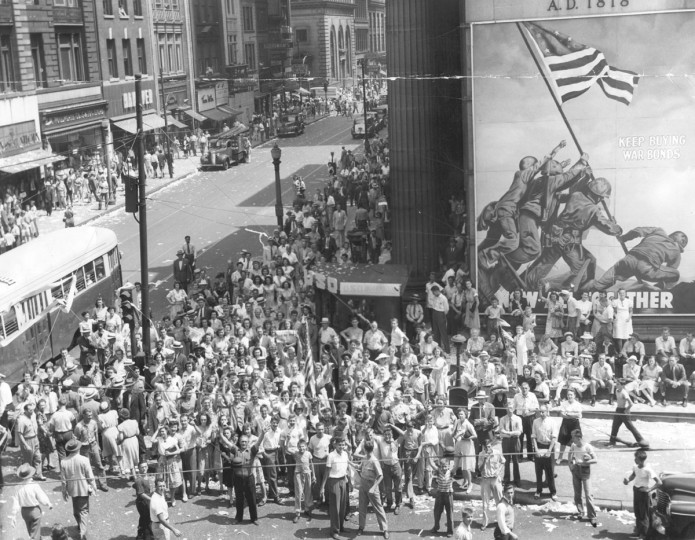 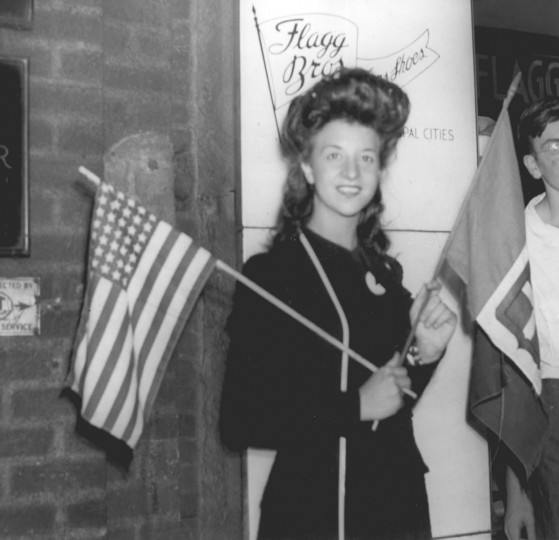 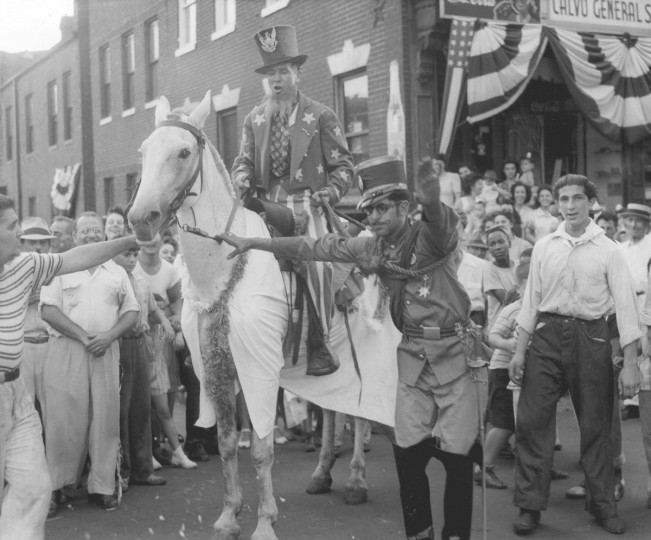 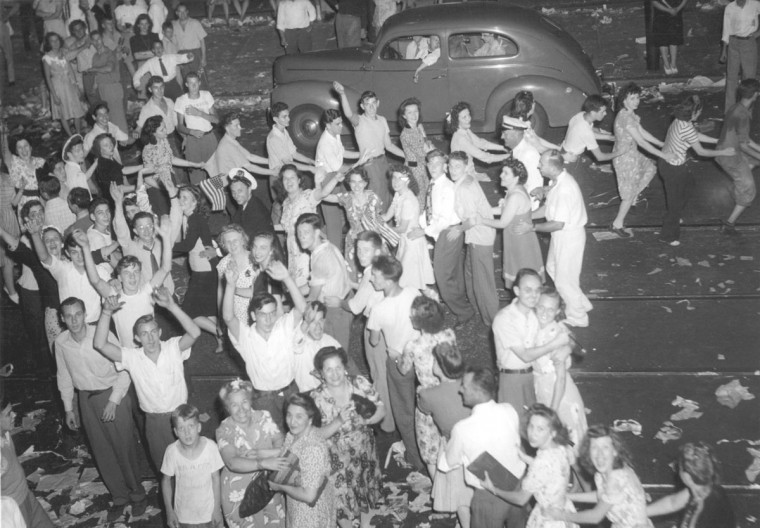 The crowd does the Conga on Charles Street. (Baltimore Sun archives) 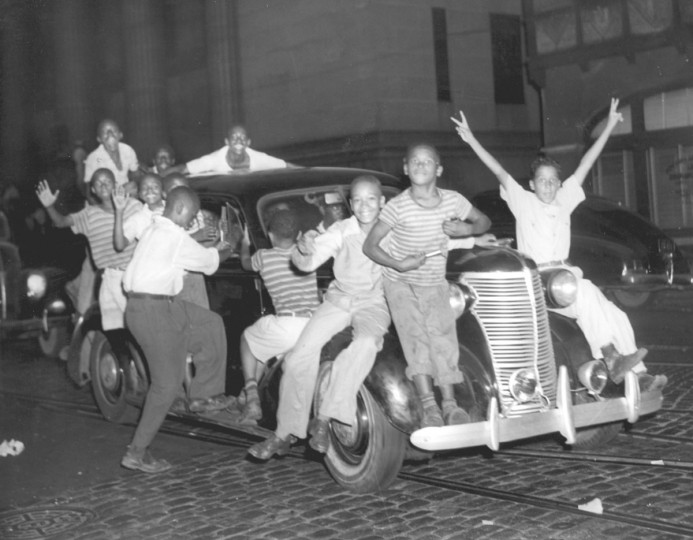 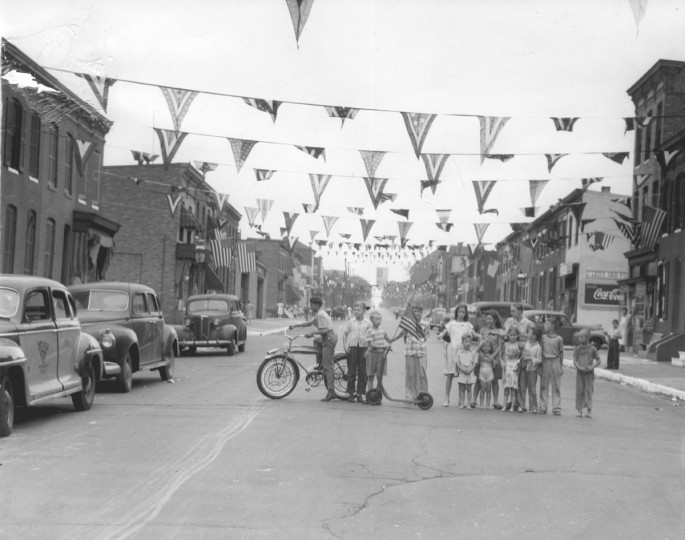 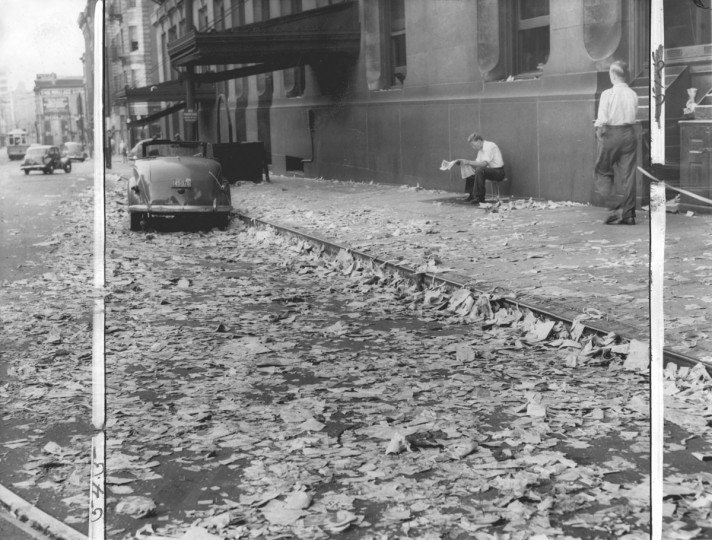 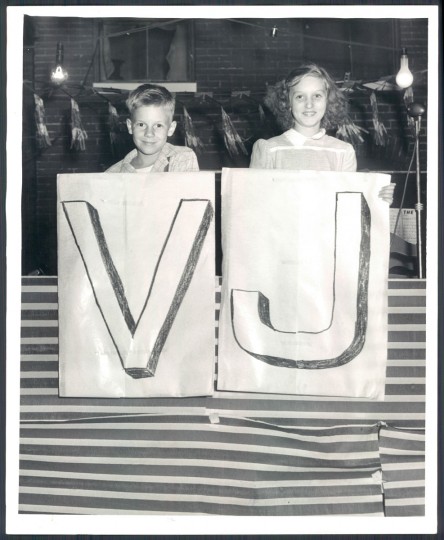 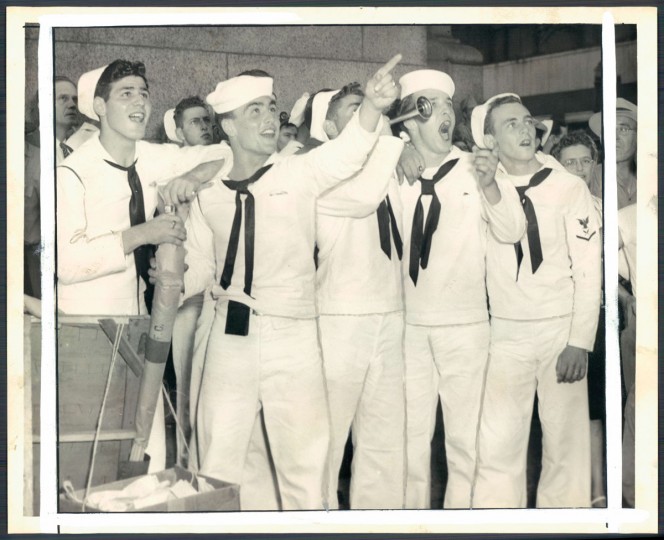