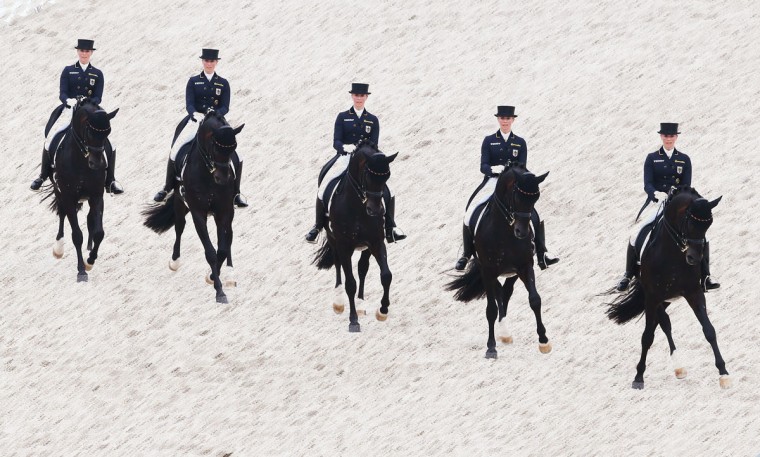 Jessica von Bredow-Werndl of Germany competes on her horse Unee BB in the Dressage Grand Prix team final and individual qualifier competition during Day 1 of the FEI European Equestrian Championship 2015 on August 12, 2015 in Aachen, Germany. (Photo by Alex Grimm/Bongarts/Getty Images) 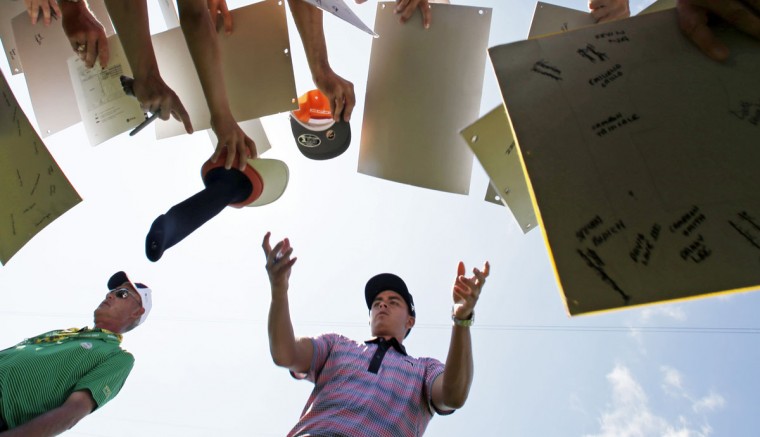 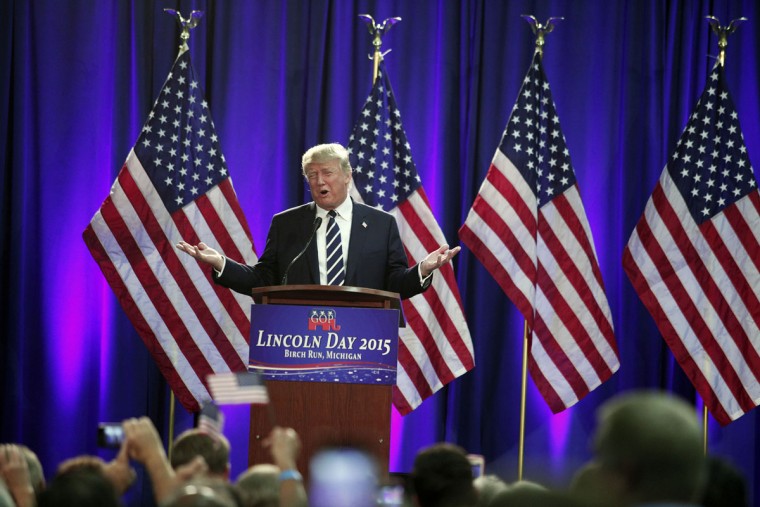 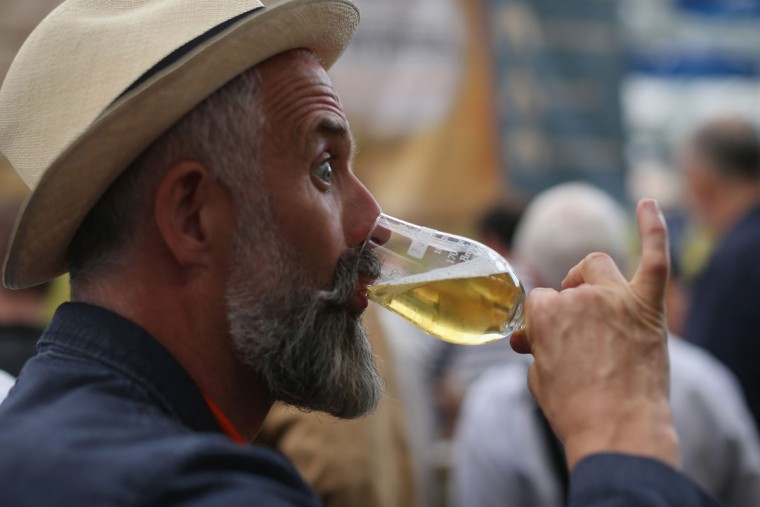 A man drinks a glass of Ale at the CAMRA (campaign for real ale) Great British Beer festival at Olympia London exhibition centre on August 12, 2015 in London, England. The five day event is Britain’s largest beer festival with around 55,000 people expected to attend. The festival features over 900 British real ales, ciders and perries from around the world on sale. (Photo by Dan Kitwood/Getty Images) 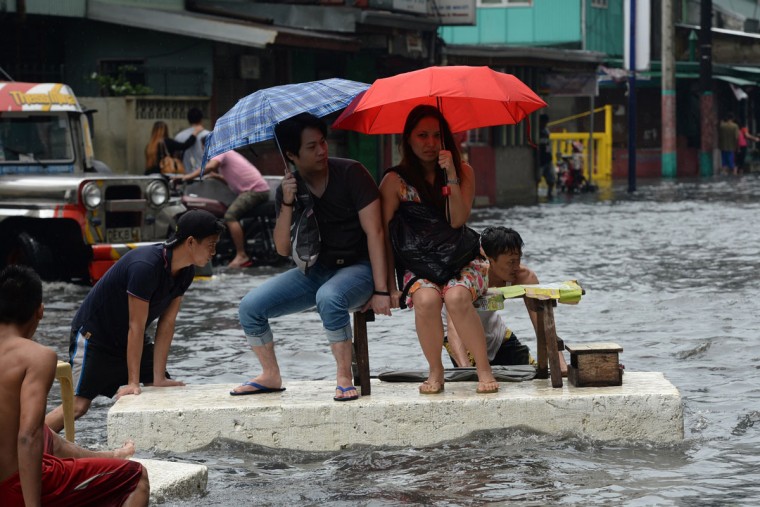 Officer workers ride on a makeshift raft made of styrofoam after a sudden heavy downpour inundated streets in the financial district of Manila on August 12, 2015, stranding thousands of commuters and office workers, with the weather bureau saying the downpour was caused by thunderstorm. Hundreds of people are killed in natural disasters each year in the Philippines, which is battered by an average of 20 typhoons and tropical storms annually. (AFP Photo/Ted Aljibe)

Migrants check their mobile phones after getting out of an inflatable boat on a beach on the Greek island of Kos, after crossing a part of the Aegean Sea between Turkey and Greece, on August 12, 2015. The number of migrants and refugees arriving on Greece’s shores has exploded this year, but the Mediterranean country provides virtually no reception facilities and leaves them wallowing in “totally shameful” conditions, a UN official said on August 7. The UN refugee agency’s division for Europe said 124,000 refugees and migrants have landed in Greece since the beginning of the year. (AFP Photo/Angelos Tzortzinis) 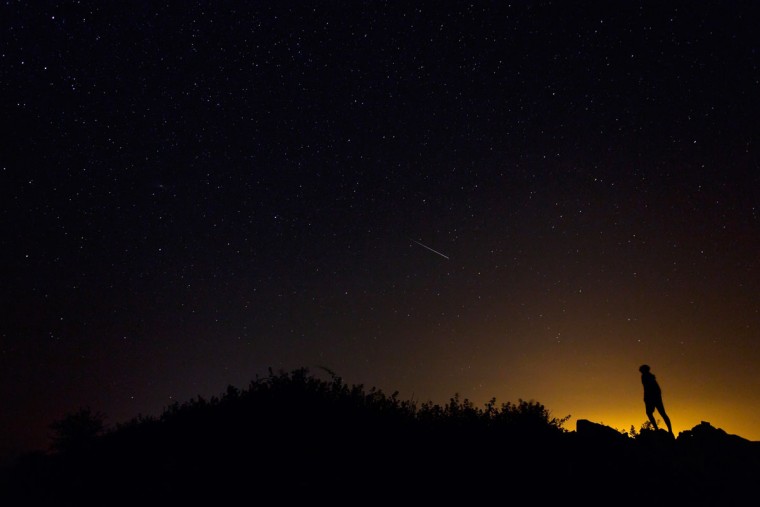 A Perseid meteor along the Milky Way illuminates the dark sky near Villadiego in the province of Burgos, northern Spain, during the “Perseids” meteor shower on August 12, 2015. (AFP Photo/P / ) 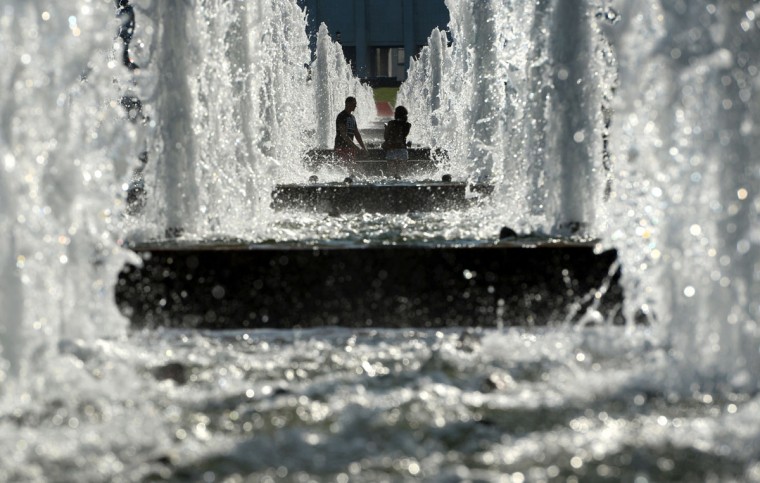 A couple walk past fountains in central Moscow on August 12, 2015. (AFP Photo/Vasily Maximov) 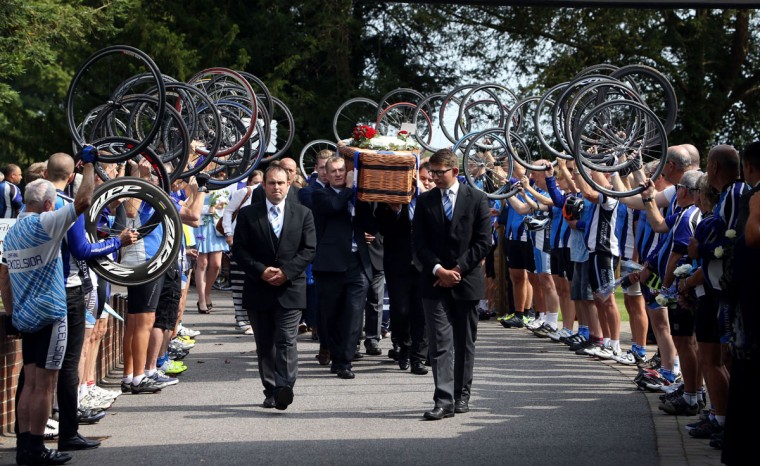 Cyclists perform a guard of honor with their bike wheels as the coffin of great-grandfather Don Lock arrives at Worthing Crematorium on August 12, 2015 in Worthing, West Sussex, England. 79-year-old Lock, a keen cyclist, was stabbed to death in an alleged road rage attack following a collision involving his car and another vehicle on the A24 at Findon, near Worthing, West Sussex, on July 16, 2015. (Photo by Steve Parsons – WPA Pool/Getty Images) 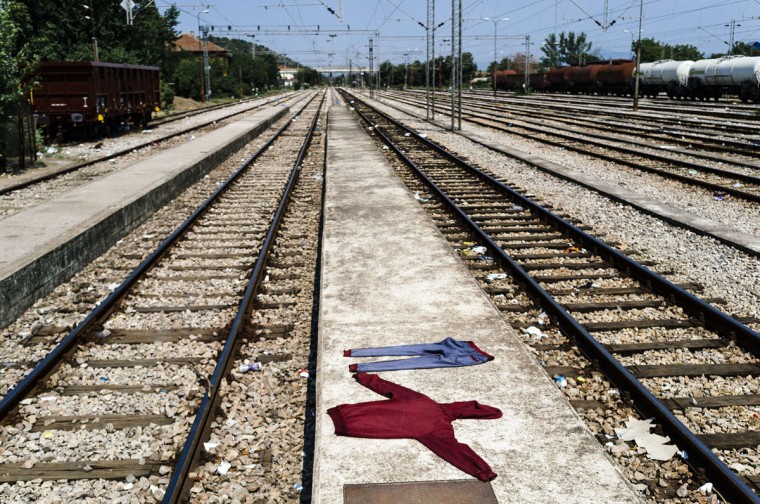 Laundered migrant’s clothes dry on a platform at the train station in Gevgelija, on the Macedonian-Greek border. The EU announced August 11 that it has approved 2.4 billion euros ($2.6 billion) of funding to help member states over the next few years cope with the flood of migrants entering the bloc. (AFP Photo/Dimitar Dilkoff) 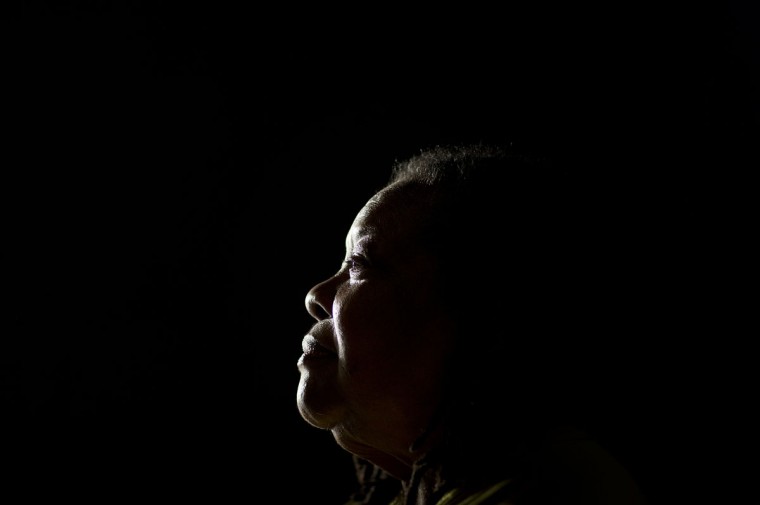 Ruby Sales, founder and director of The SpiritHouse Project, an Atlanta-based nonprofit dealing with discrimination, sits for a photo in Atlanta. Fifty years after Jonathan Daniels was shot dead by an ardent segregationist in Alabama, the people who stood with him then lament today’s killings of blacks by police and the racially motivated slaying of nine black worshippers as stark reminders of the country’s persistent racial divide. “Race relations today in the United States are an extension of that time period,” Sales said. (AP Photo/David Goldman) 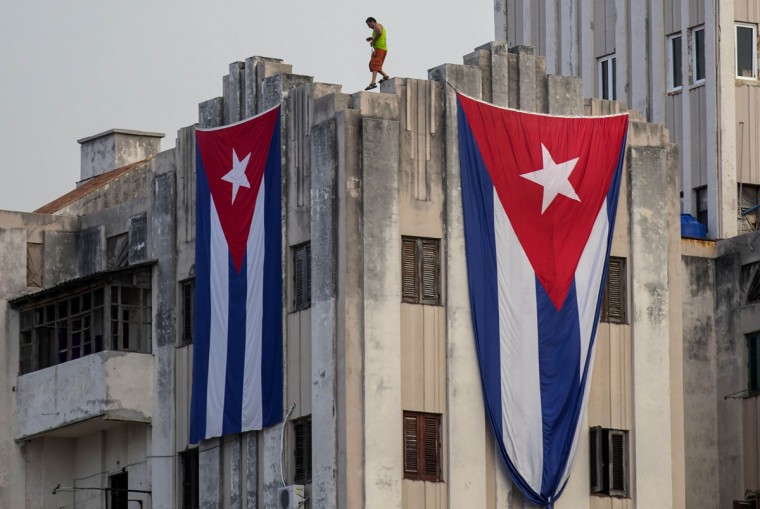 A man walks along the ledge of a building after hanging two giant Cuban flags, next to the US embassy, in Havana, Cuba. The embassy will hold a ceremony on Friday, Aug. 14, to raise the U.S. flag, to mark its reopening on Havanaís historic waterfront. (AP Photo/Ramon Espinosa) 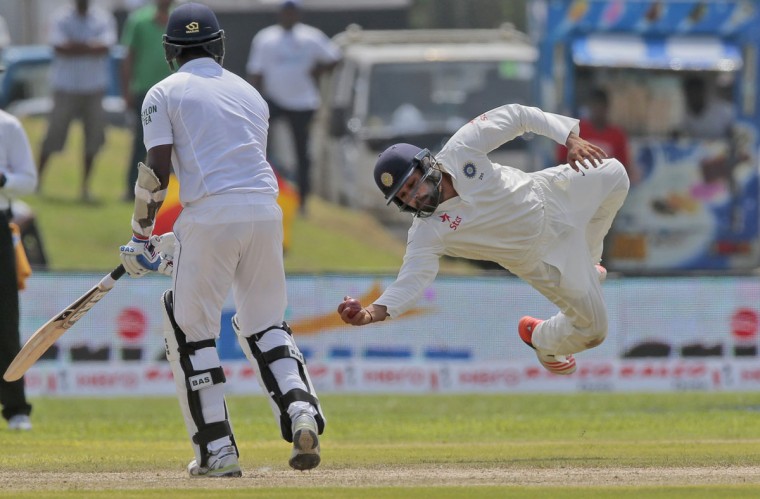 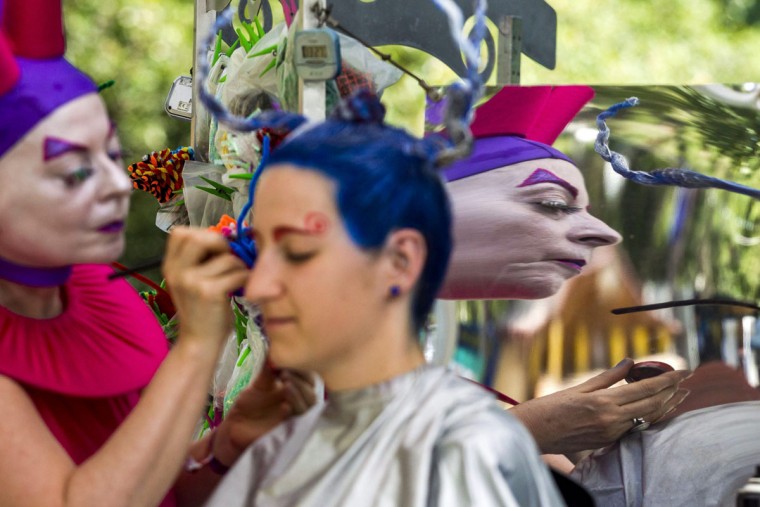