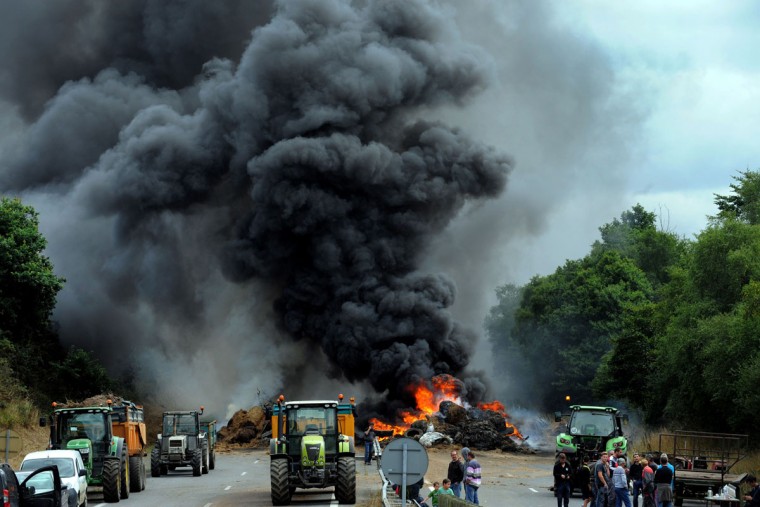 Farmers use tractors and burn tires, hay and manure as they block the highway between Morlaix and Brest during a demonstration against the market prices of their product, on July 22, 2015 in Morlaix, western of France. French farmers protesting over falling food prices threatened to step up blockades of cities, roads and tourist sites, as the government prepared to unveil emergency aid for them. Farmers have dumped manure in cities, blocked access roads and motorways and hindered tourists from reaching Mont St-Michel in northern France, one of France’s most visited sites. (FRED TANNEAU/AFP/Getty Images) 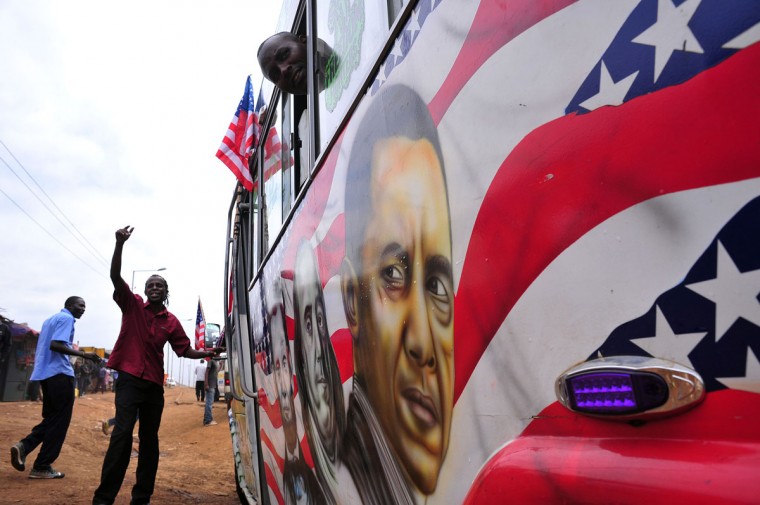 Solomon Murimia, a “matatu” minibus driver, gestures as he calls on clients beside his minibus with a painting depicting US Presidents Abraham Lincoln and Barack Obama and US scientist and statesman Benjamin Franklin on July 22, 2015 in Nairobi. Obama will make a first presidential pilgrimage to his father’s homeland of Kenya later this month, the capstone of a weeklong overture to Africa taking in three key nations. (SIMON MAINA/AFP/Getty Images) 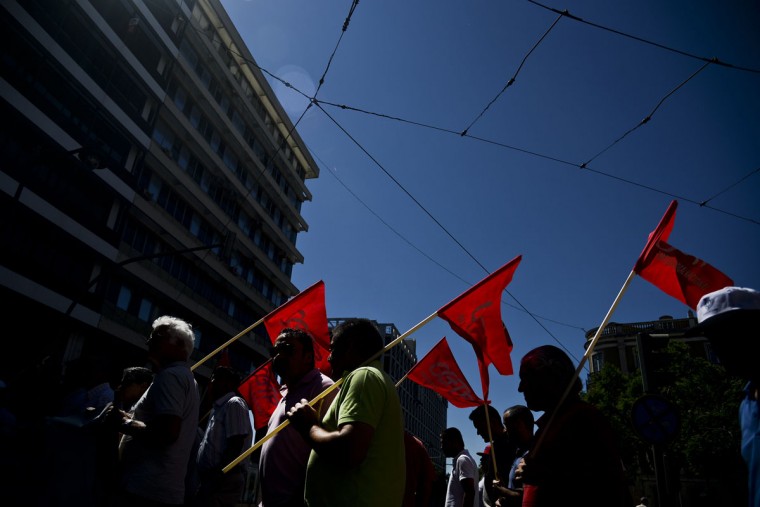 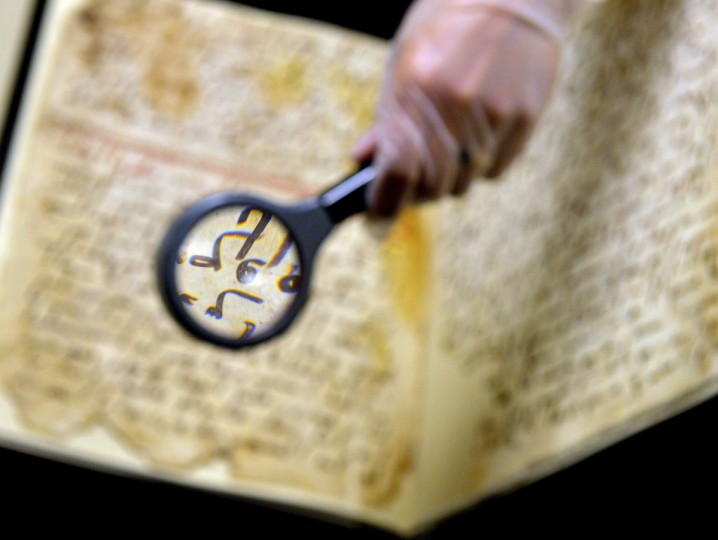 Marie Sviergula, conservator of the University of Birmingham, holds a Koran manuscript in Birmingham England on July 22, 2015. A Koran manuscript has been carbon dated to close to the time of the Prophet Mohammed, making it one of the oldest in the world, a British university said today. The two leaves of parchment, filled with “surprisingly legible” text from Islam’s holy book, have been dated to around the early seventh century, the University said. (PAUL ELLIS/AFP/Getty Images) 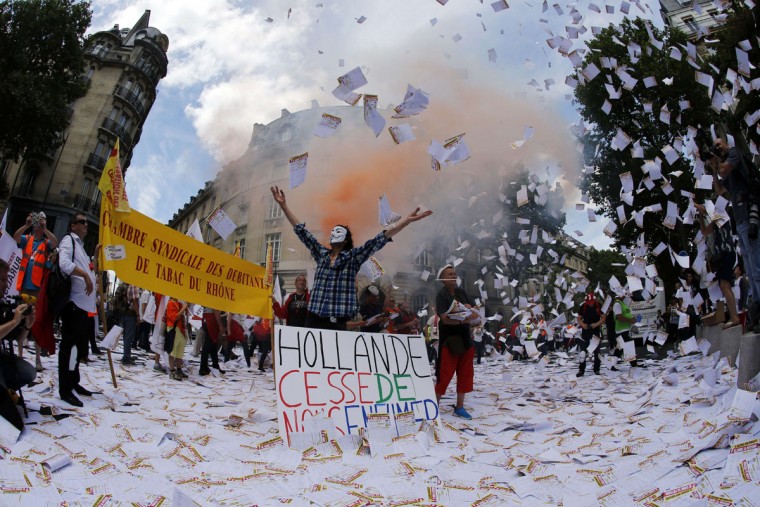 A protester wearing a Guy Fawkes mask stands among a group of protesters from tobacconist groups throwing papers in the air in opposition to neutral cigarette packaging on July 22, 2015 in Paris. (FRANCOIS GUILLOT/AFP/Getty Images) 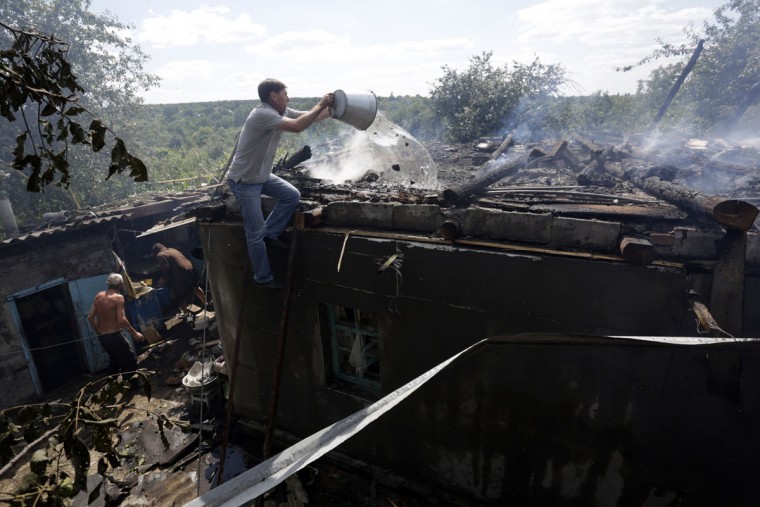 Residents of the eastern Ukrainian town of Avdiivka, in the Donetsk region controlled by Ukrainian forces, extinguish a fire on their house during shelling by pro-Russian separatists on July 22, 2015. (ANATOLII STEPANOV/AFP/Getty Images) 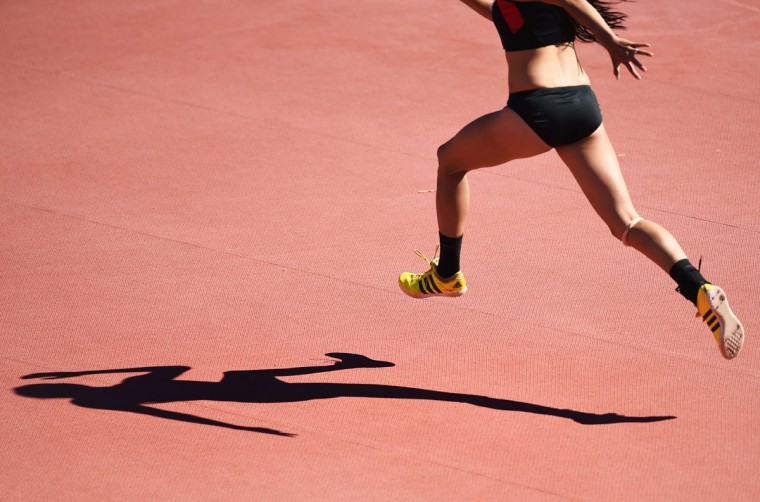 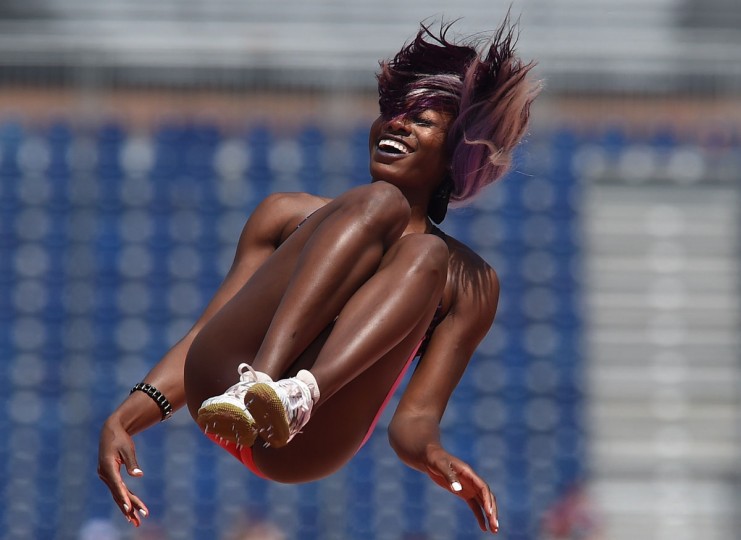 Priscilla Frederick of Antigua goes over the bar during the Women’s High Jump Finals at the CIBC Athletics Stadium at the Toronto 2015 Pan American Games in Toronto, Canada July 22, 2015. (TIMOTHY A. CLARY/AFP/Getty Images) 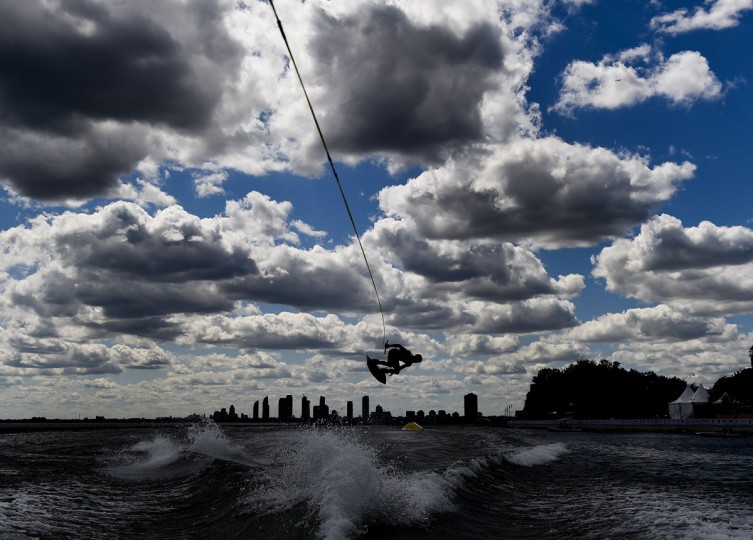 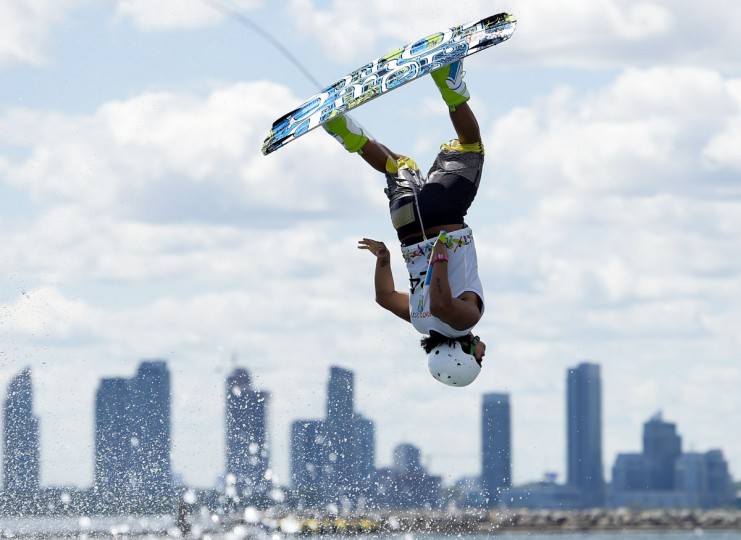 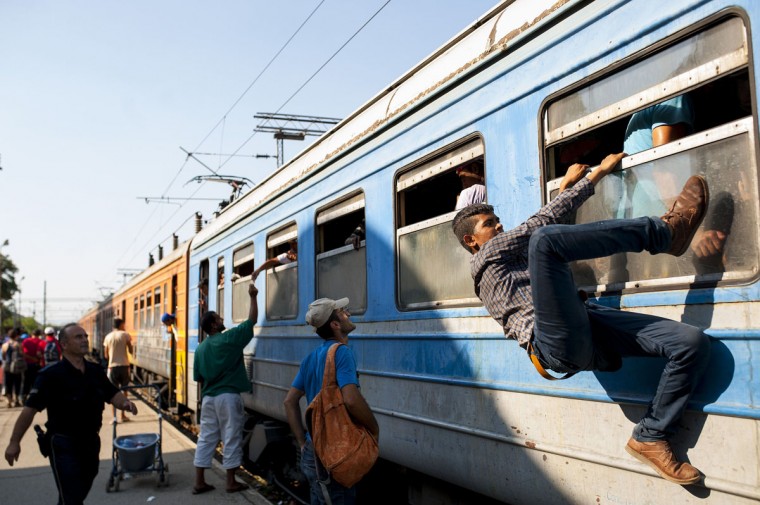 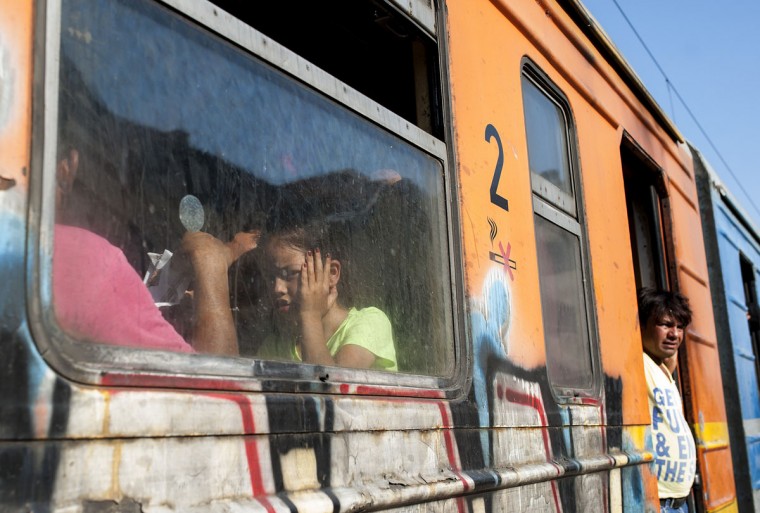 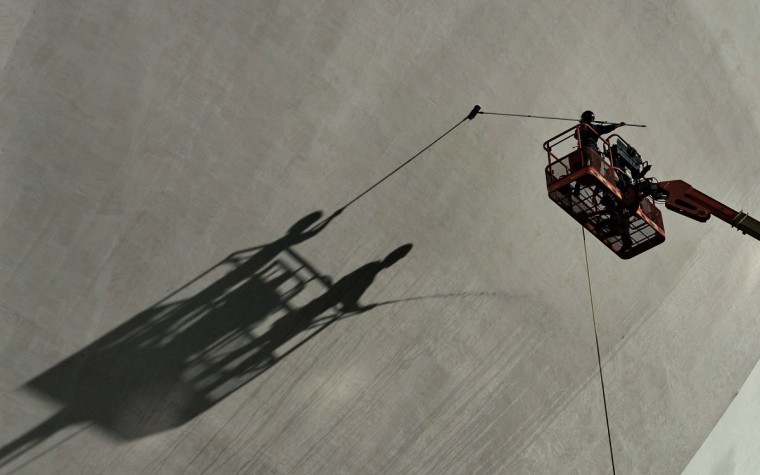 Workers clean the facade of the Science Arts Museum in Singapore on July 22, 2015. (ROSLAN RAHMAN/AFP/Getty Images) 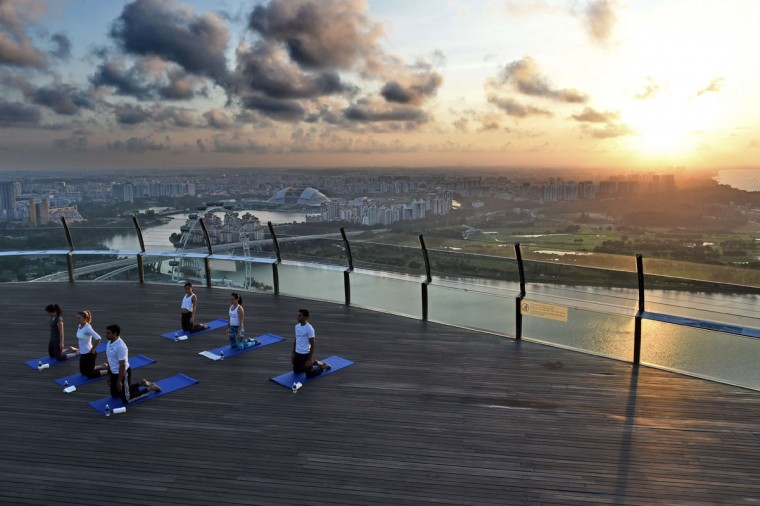 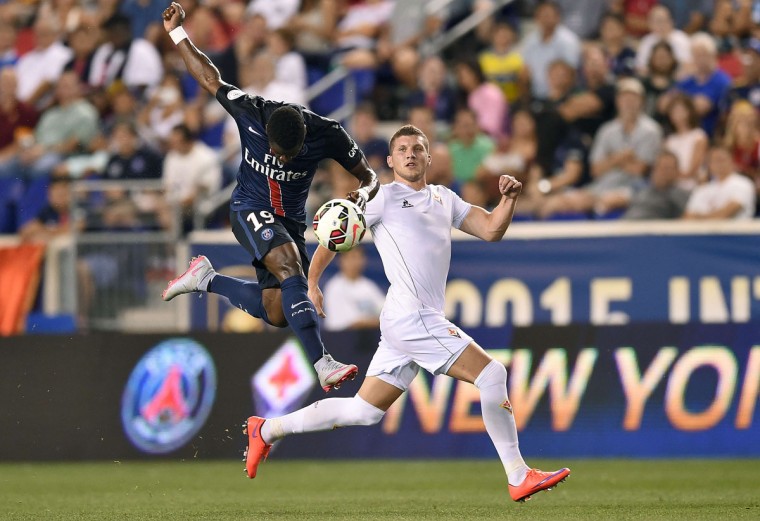 « Karibu: A homecoming for President Obama in Kenya » Flooded streets of Rio Grande do Sul