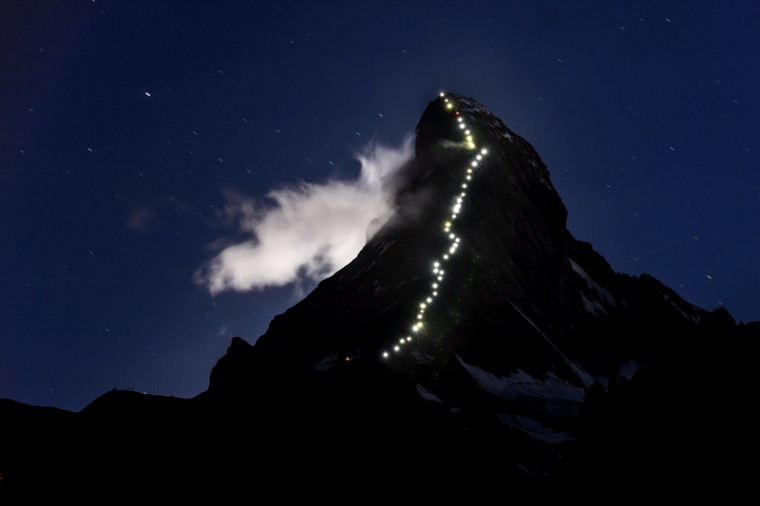 This long exposure taken late on Monday in Zermatt shows lamps illuminating the path of the first climb on the Matterhorn (Mont Cervin) mountain. The resort celebrates this year the 150th anniversary of the iconic Alpine mountain’s first climb. For a long time the Matterhorn was considered too difficult to climb but on July 14, 1865, British climber Edward Whymper reached the peak (14,691 feet) as part of a seven-member rope team. During the descent, the front four-member rope team fell to their deaths over the north wall. (FABRICE COFFRINI/AFP/Getty Images) 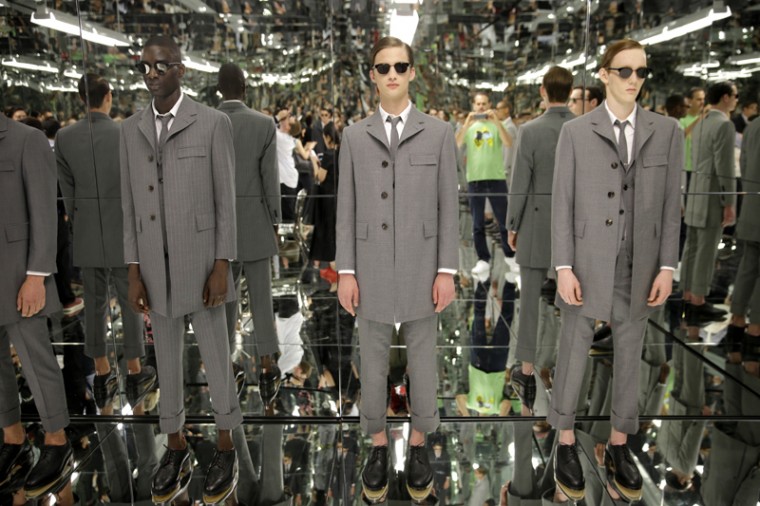 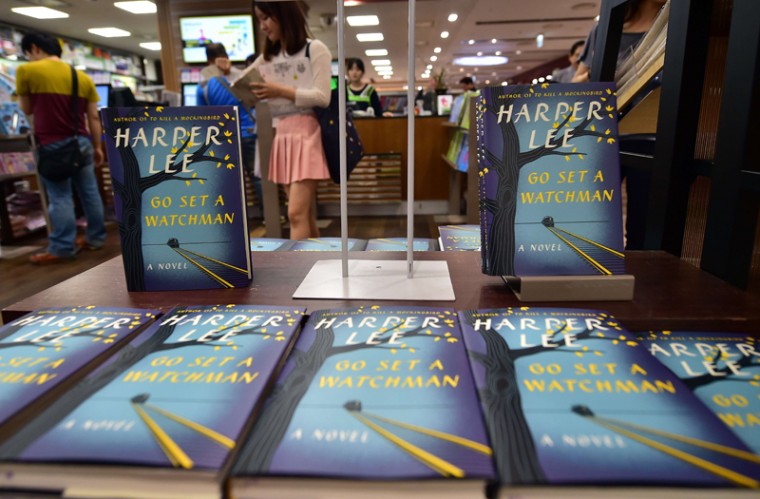 Copies of Harper Lee’s “Go Set a Watchman” are on display as part of a global release at a bookstore in Seoul on Tuesday. Copies of Lee’s eagerly awaited, but controversial second novel flew off the shelves more than half a century after the groundbreaking success of “To Kill a Mockingbird.” (JUNG YEON-JE/AFP/Getty Images) 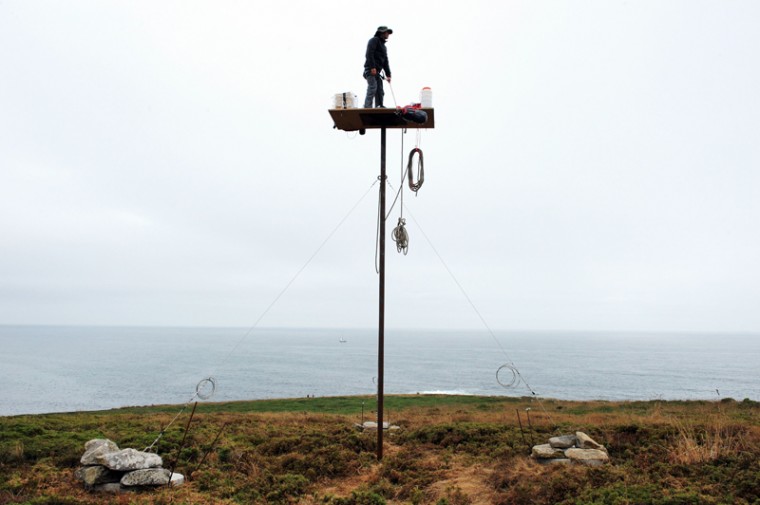 French artist Abraham Poincheval stands atop a platform on a pole in Esquibien, western France on Tuesday, where he plans to remain for one week as part of a performance called “La Vigie” (The Look-out Post). (FRED TANNEAU/AFP/Getty Images) 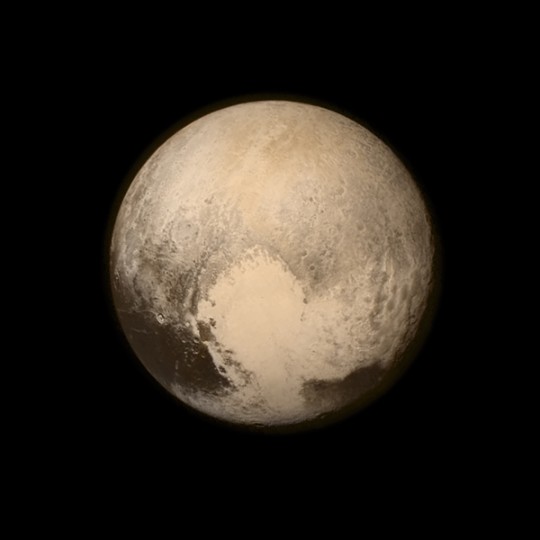 In this handout provided by the NASA, Pluto nearly fills the frame in this image from the Long Range Reconnaissance Imager aboard NASA’s New Horizons spacecraft, taken on Monday, when the spacecraft was 476,000 miles from the surface. This is the last and most detailed image sent to Earth before the spacecraft’s closest approach to Pluto. (NASA/APL/SwRI via Getty Images) 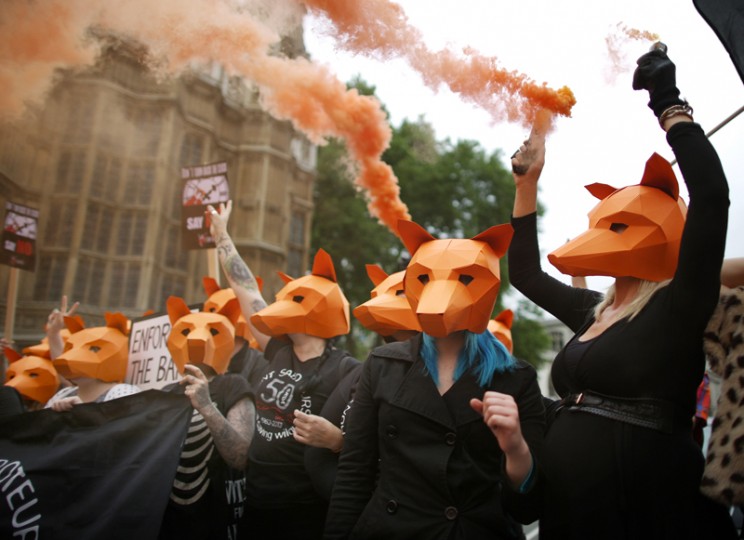 Anti-fox hunting protestors hold smoke flares as they demonstrate outside Parliament on Tuesday in London. The government’s proposed legislation relaxing the ban on fox hunting in England and Wales has been postponed after the Scottish National Party says it will vote against the proposals. (Peter Macdiarmid/Getty Images) 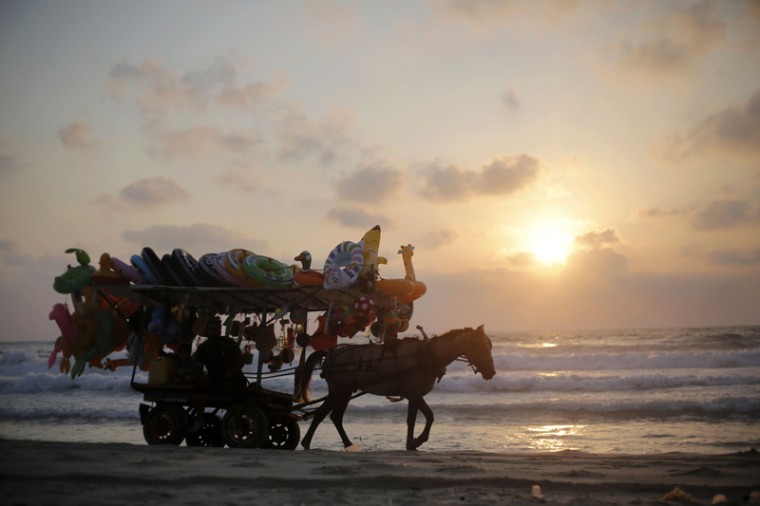 A Palestinian vendor rides his horse cart on the beach in Gaza City during the holy month of Ramadan on Monday. (MOHAMMED ABED/AFP/Getty Images) 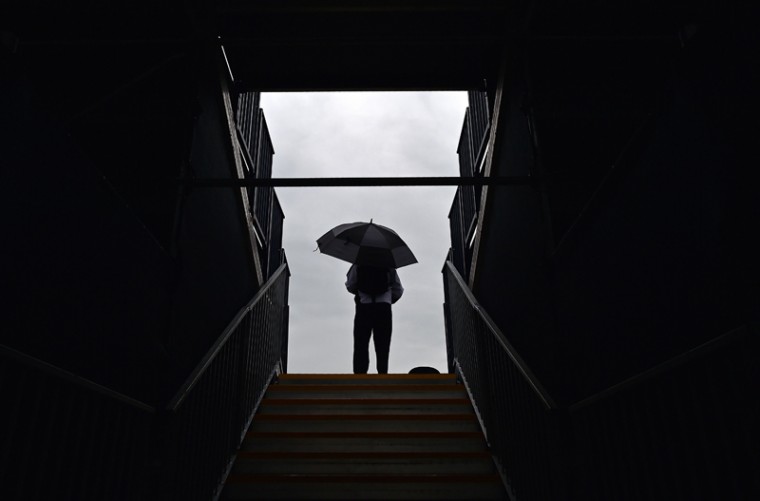 A spectator looks out across the first green from a grandstand during practice on The Old Course at St Andrews in Scotland on Monday ahead of The 2015 Open Golf Championship which runs July 16-19. U.S. golfer Jordan Spieth arrives at St Andrews with a shot at becoming just the second man – after Ben Hogan in 1953 – to win the first three majors of the year, setting up the mouthwatering prospect of him pulling off the Grand Slam at the PGA Championship next month. (BEN STANSALL/AFP/Getty Images) 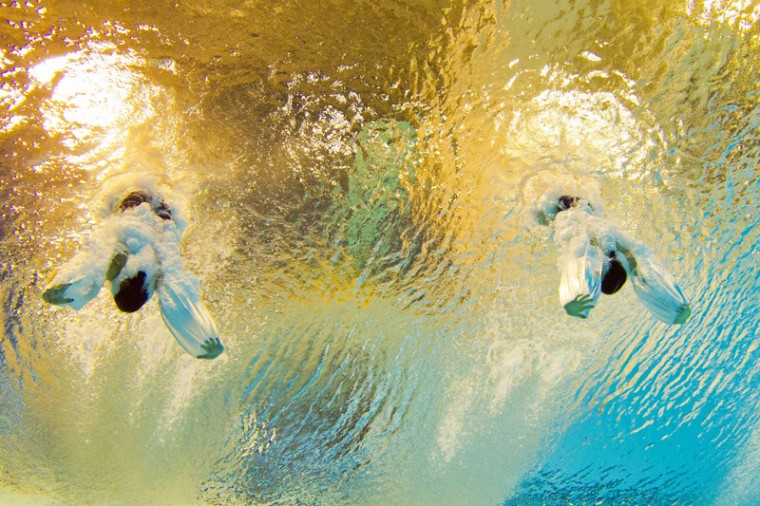 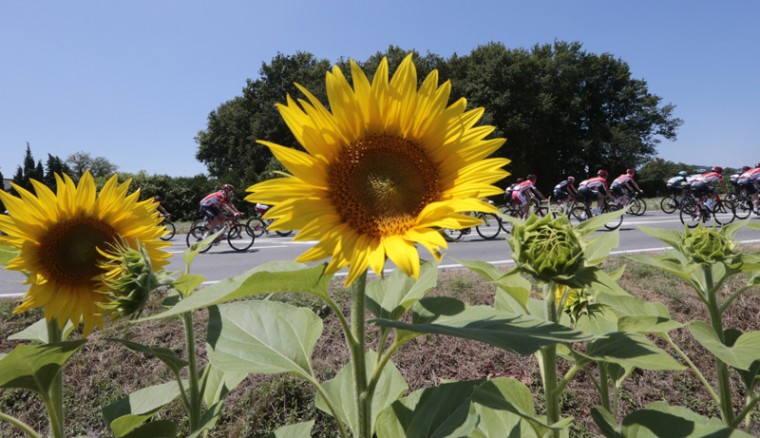 The pack passes a field with sunflowers during the tenth stage of the Tour de France cycling race over 103.8 miles with start in Tarbes and finish in La Pierre-Saint-Martin, France, on Tuesday. (Christophe Ena/AP) 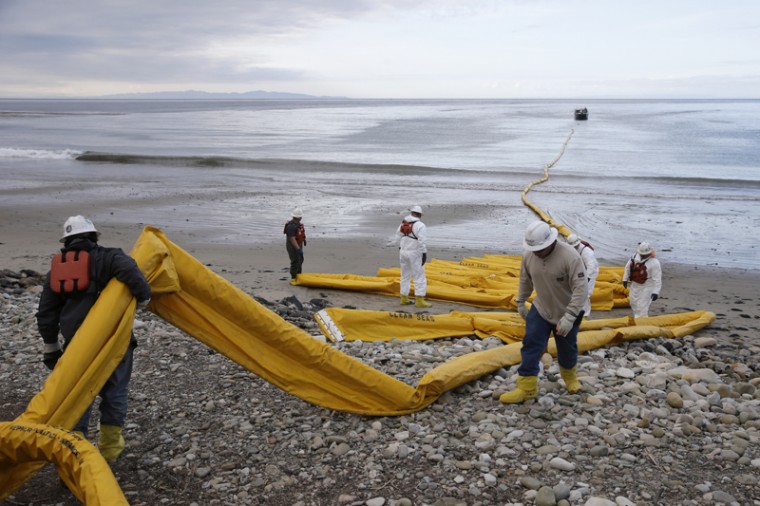 In this May 21 file photo, workers prepare an oil containment boom at Refugio State Beach, north of Goleta, Calif. The nation’s top pipeline regulator is lagging in meeting congressional requirements imposed several years ago but it is planning to increase staff for safety inspections, its interim director says. The federal Pipeline and Hazardous Materials Safety Administration has been facing new questions about its effectiveness after a May 19 break near Santa Barbara created the largest coastal oil spill in California in 25 years. (Jae C. Hong/AP) 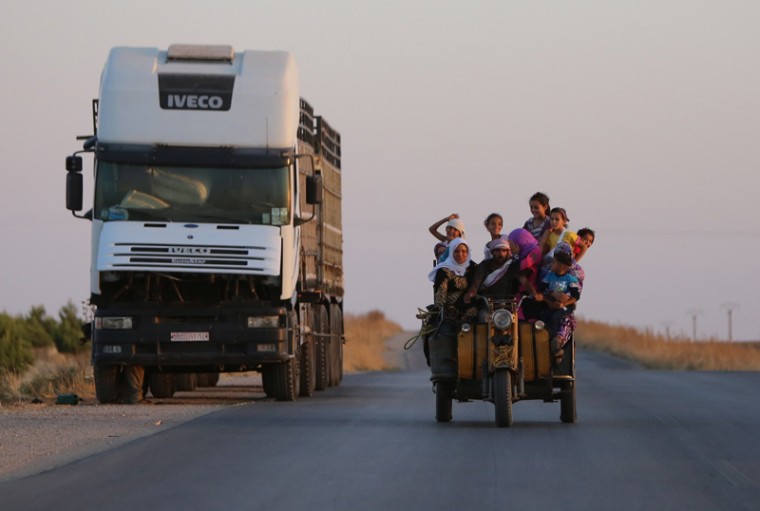 Syrians travel near the northeastern Syrian city of Hasakeh on Monday. Syrian regime forces took back several parts of a neighbourhood in Hasakeh from the Islamic State group on June 29, but heavy clashes continued, a monitor said. (YOUSSEF KARWASHAN/AFP/Getty Images) 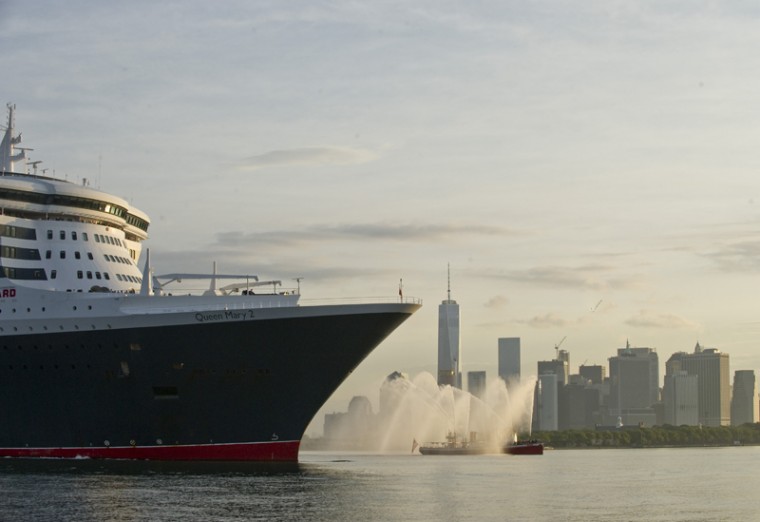 Queen Mary 2 arrives in New York, the final leg of her 175th Anniversary tour, on Tuesday. This month marks the 175th Anniversary of Cunard, and the companys flagship, Queen Mary 2, has recreated the historic Transatlantic Crossing from Liverpool to Halifax and Boston made by the RMS Britannia in July 1840. Although not a port of call in the original crossing made by Britannia, New York has been Cunard’s North American home port for over a century. (Diane Bondareff/AP Images for Cunard)