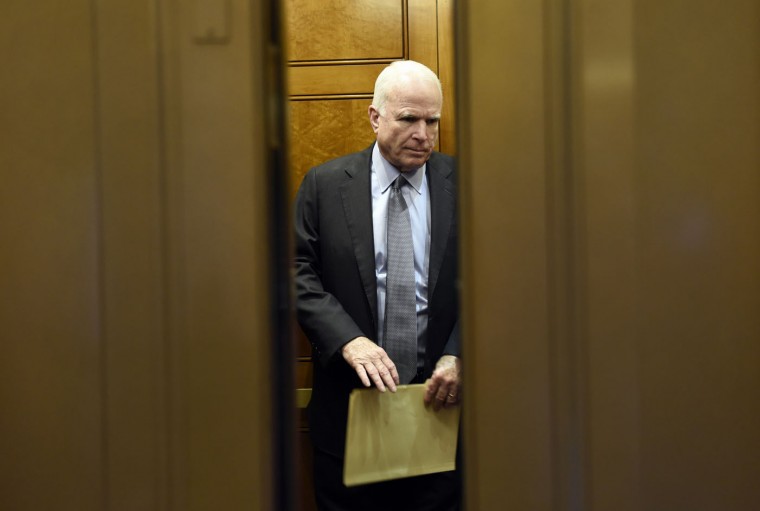 Senate Armed Services Committee Chairman Sen. John McCain, R-Ariz., gets on an elevator after being on the Senate floor on Capitol Hill in Washington, Thursday, June 4, 2015, to vote on amendments to the annual defense authorization bill. The GOP-led Senate plowed ahead Wednesday on a $612 billion annual defense policy bill despite a White House veto threat and the Democratic leader’s claim that it is an exercise in futility. (AP Photo/Susan Walsh) 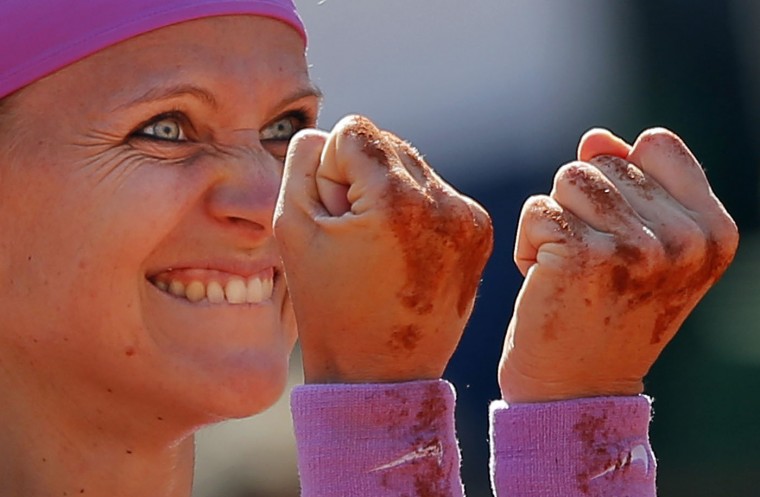 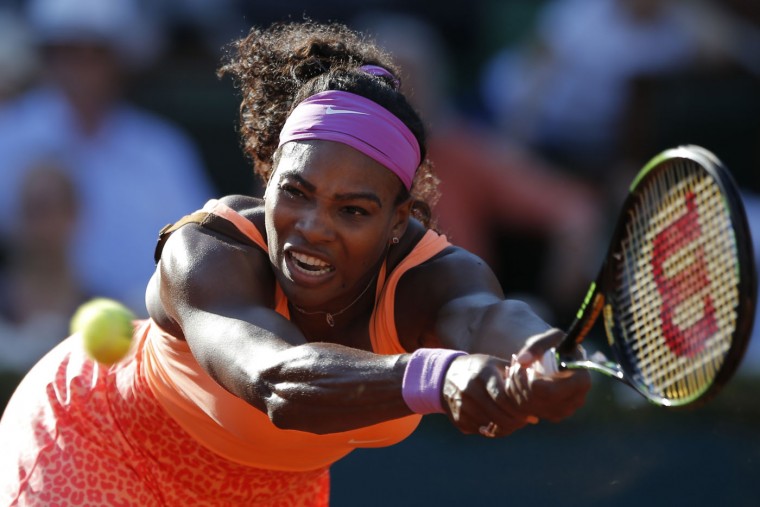 Serena Williams of the U.S. returns in her semifinal match of the French Open tennis tournament against Timea Bacsinszky of Switzerland at the Roland Garros stadium, in Paris, France, Thursday, June 4, 2015. Williams won in three sets 4-6, 6-3, 6-0. (AP Photo/Francois Mori)

A ball-boy holds balls for the service in the semifinal match of the French Open tennis tournament between Serena Williams of the U.S. and Timea Bacsinszky of Switzerland at the Roland Garros stadium, in Paris, France, Thursday, June 4, 2015. (AP Photo/Christophe Ena) 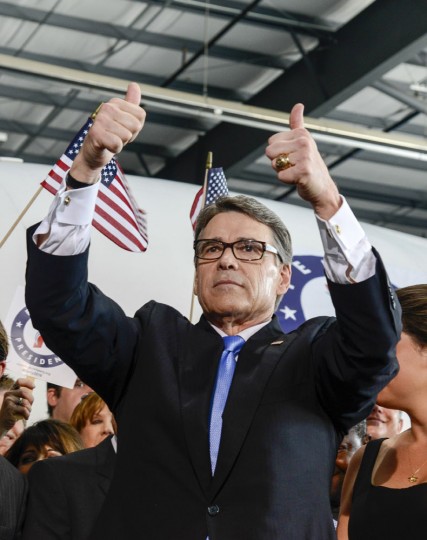 Former Texas Gov. Rick Perry gives a thumbs-up to supporters after announcing the launch of his presidential campaign for the 2016 elections, Thursday, June 4, 2015, in Addison, Texas. Perry opened his second bid for the Republican presidential nomination Thursday, pledging to “end an era of failed leadership” and hoping this campaign will go better than his last one. (AP Photo/Tim Sharp) 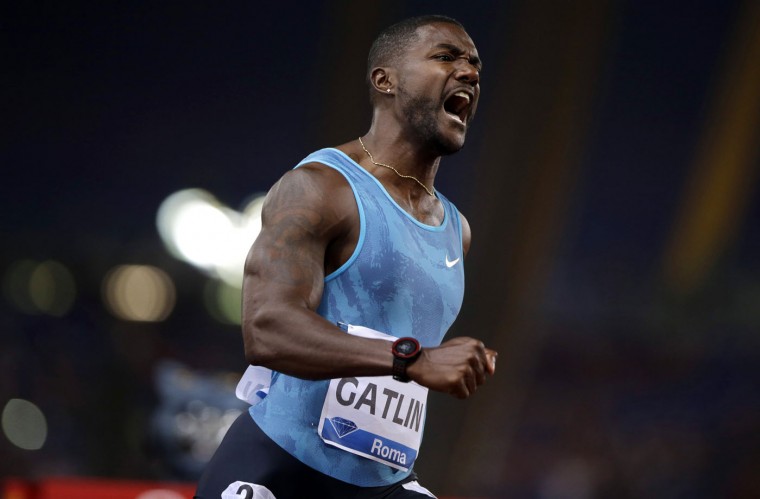 Justin Gatlin, of the United States, celebrates after winning the men’s 100m event at the Golden Gala IAAF athletic meeting, in Rome’s Olympic stadium, Thursday, June 4, 2015. Justin Gatlin came within 0.01 seconds of his world-leading time in the 100 meters, clocking 9.75 at the Golden Gala on Thursday. With the wind in his favor, Gatlin finished several strides ahead of the rest of the field then flexed his biceps for photographers in the finish area. (AP Photo/Andrew Medichini) 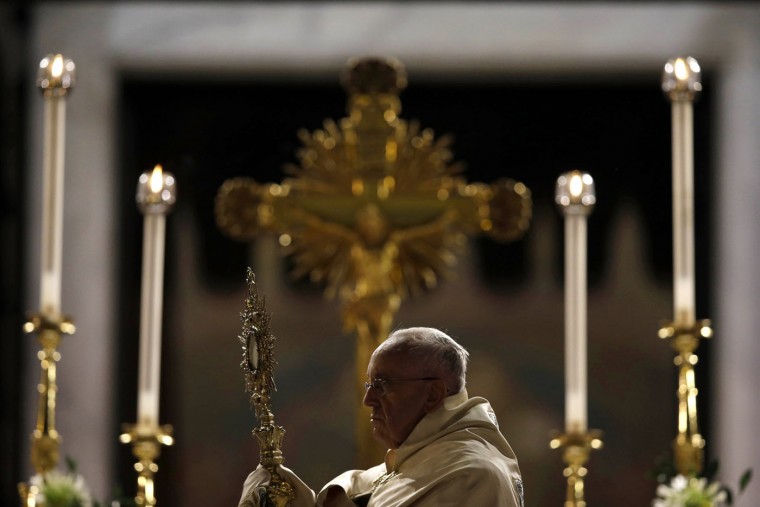 Pope Francis holds a monstrance containing a Holy Host at the end of the Corpus Domini procession from St. John at the Lateran Basilica to St. Mary Major Basilica to mark the feast of the Body and Blood of Christ, in Rome, Thursday, Italy, Thursday, June 4, 2015. The event is dedicated to the mystery of the Eucharist and concludes the cycle of feasts following Easter. (AP Photo/Gregorio Borgia) 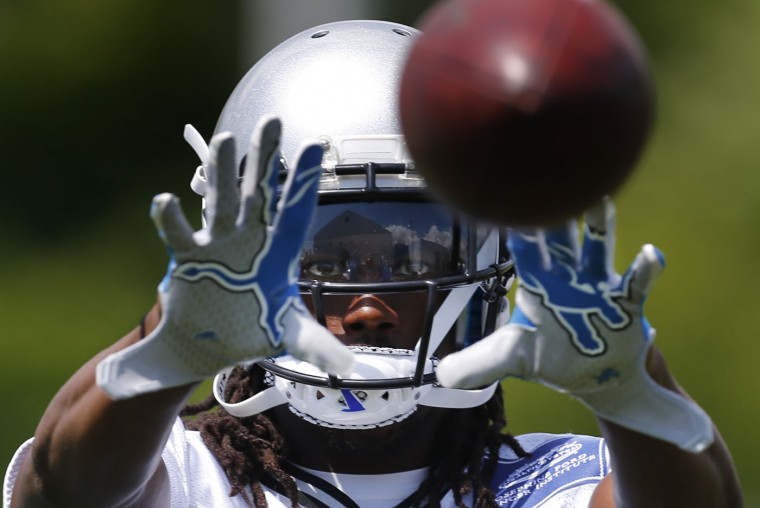 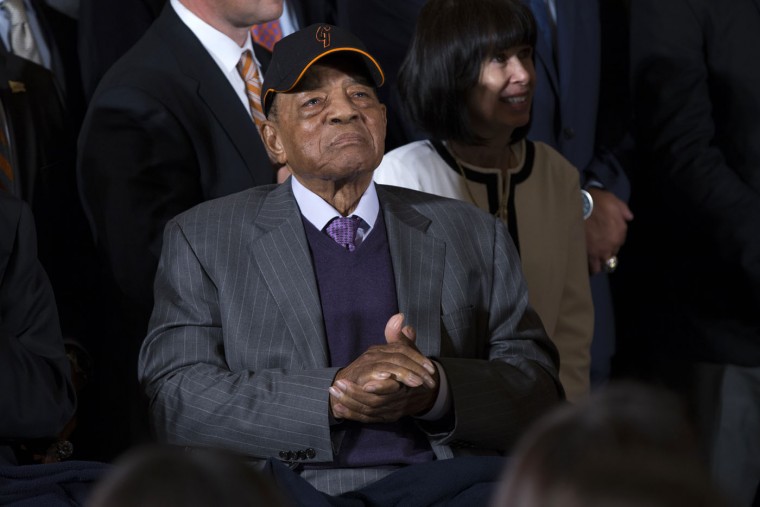 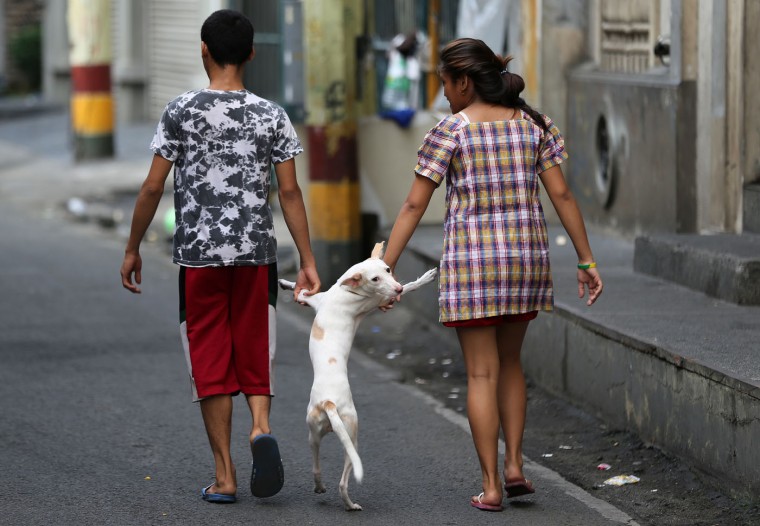 Filipinos walk beside their dog in the walled city of Intramuros, in Manila, Philippines on Thursday, June 4, 2015. (AP Photo/Aaron Favila) 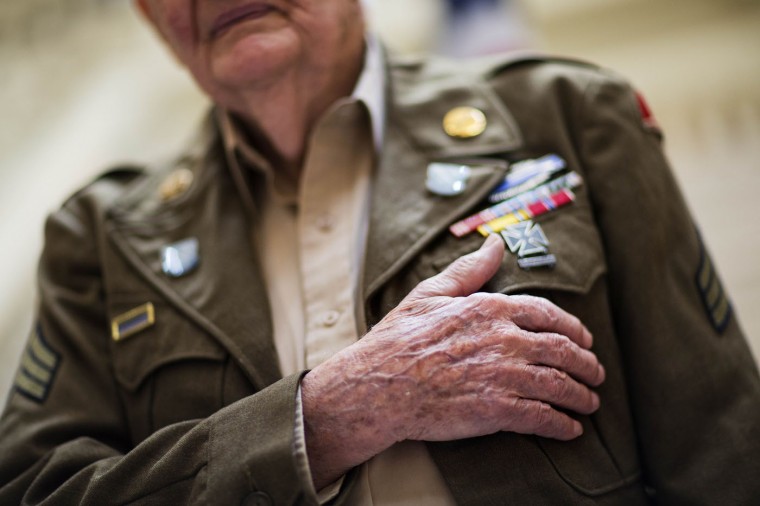 World War II veteran Robert Harris, 90, of Fort Valley, Ga., places his hand on his chest during the singing of the National Anthem at a ceremony where Harris and nine fellow WWII veterans were awarded the French Legion of Honor by the Consul General of France, Thursday, June 4, 2015, in Atlanta. The Legion of Honor is the highest distinction France can award to a citizen or foreigner. The veterans honored fought on French territory as part of the liberation of the country from Nazi Germany and were nominated by President Francois Hollande. Harris was a squad leader and rifleman in the infantry and participated in campaigns in the Ardennes, the Rhineland and Central Europe. (AP Photo/David Goldman)