General Lafayette, Romans in Russia and “Shooting into the Corner” | June 5 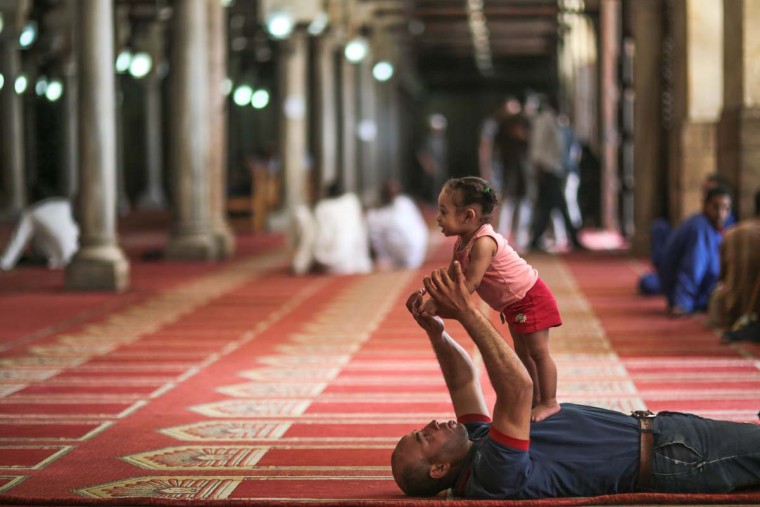 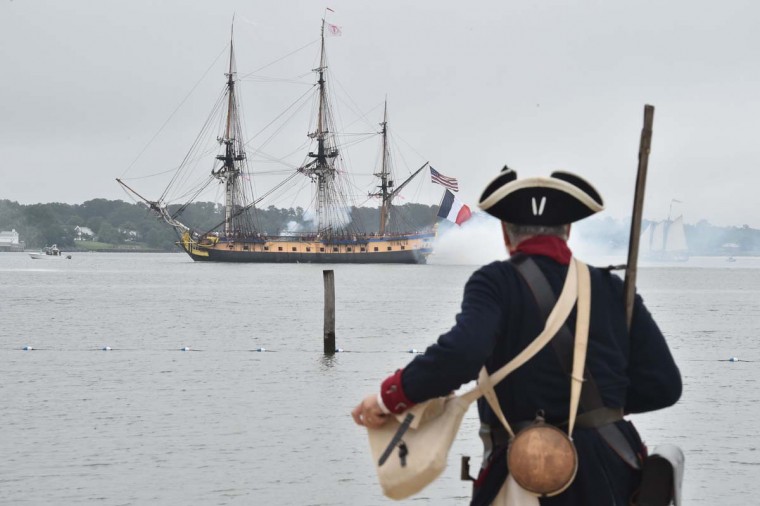 A replica of the French frigate Hermione arrives in the Yorktown City Harbour, Virginia, on June 5, 2015. The replica of the French navy frigate Hermione, which brought General Lafayette to America to rally rebels fighting Britain in the US war of independence, arrived in the United States again, 235 years after the original crossing. || CREDIT: MLADEN ANTONOV – AFP/GETTY IMAGES 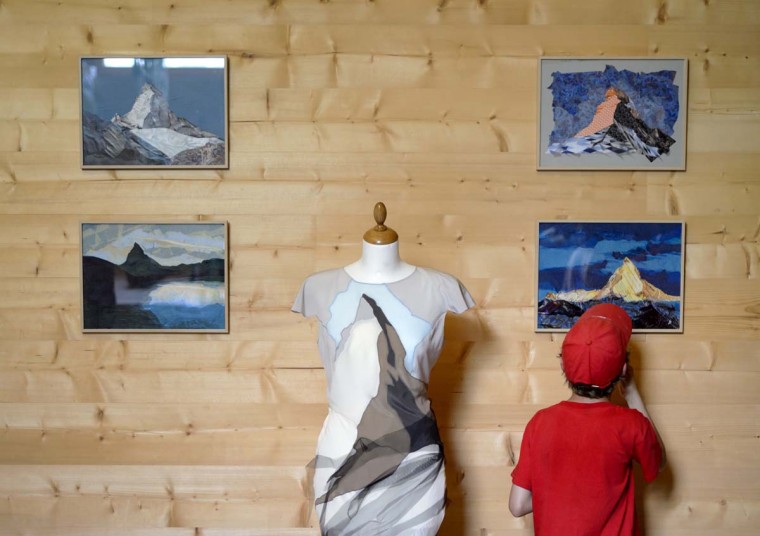 A boy has a closer look of a painting representing the Matterhorn during an exhibition on the sideline of the presentation of three finalists of a competition to replace Switzerland’s national anthem on June 5, 2015 in Rutli, a mountain meadow in central Switzerland considered the birthplace of Switzerland. Critics have likened “The Swiss Psalm” to a weather forecast crossed with a religious hymn, given its repeated references to God and Alpine vistas, and the bid to find a replacement has been widely embraced. || CREDIT: FABRICE COFFRINI – AFP/GETTY IMAGES 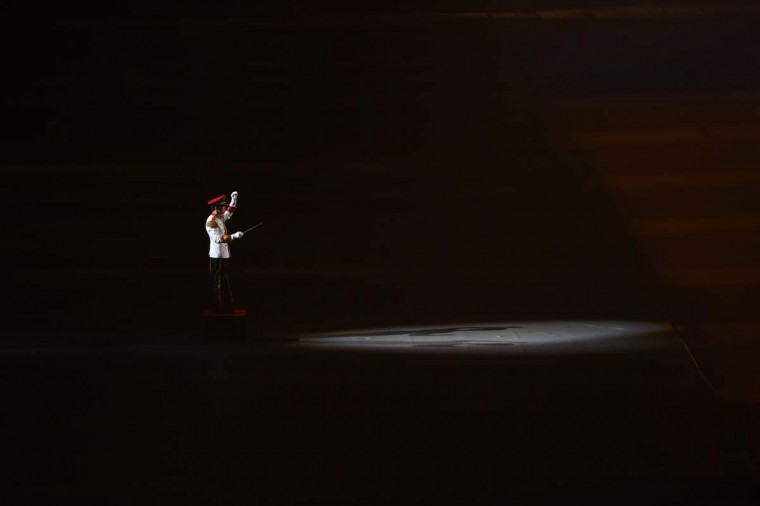 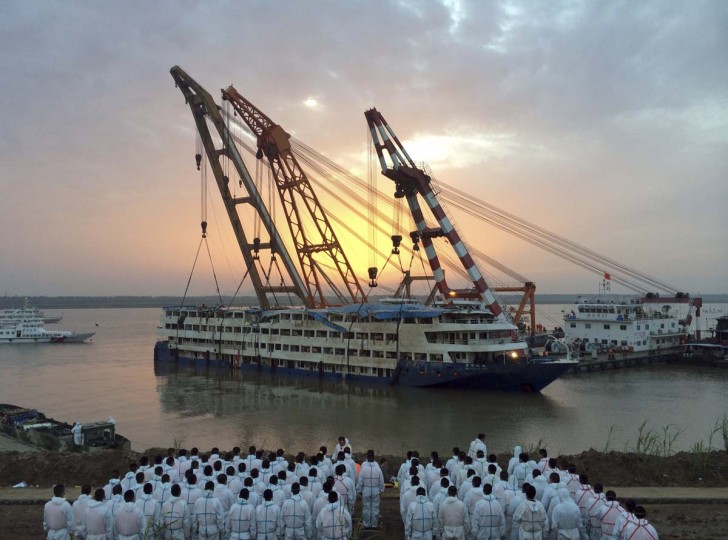 Paramilitary policemen in white overalls wait to recover bodies from the Eastern Star after it is righted and lifted by cranes in the Yangtze River in Jianli county in southern China’s Hubei province Friday June 5, 2015. The smashed up white-and-blue Eastern Star emerged from gray waters of the Yangtze River on Friday as Chinese disaster teams raised the capsized ship with cranes to better search for hundreds still missing. Chinatopix Via AP 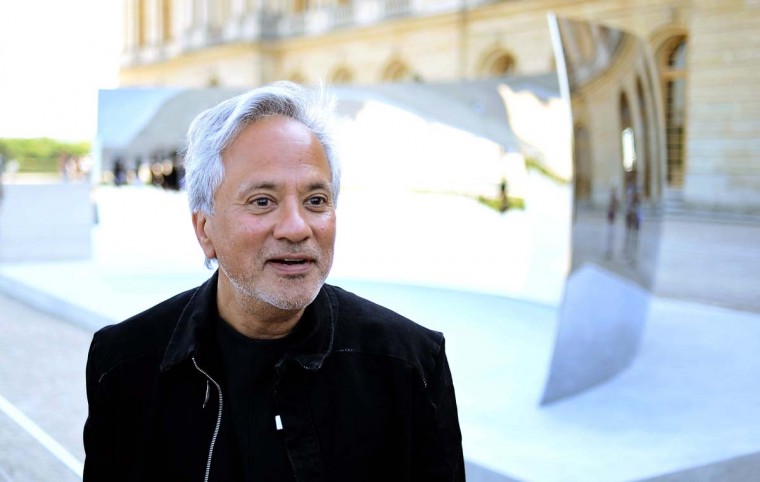 British contemporary artist of Indian origin Anish Kapoor poses in front of his work “C-Curve”, a 2007 stainless steel monumental artwork displayed in the gardens of the Chateau de Versailles, in Versailles on June 5, 2015, as part of “Kapoor Versailles”, an exhibition of Kapoor’s work that runs through June 9-November 1, 2015. || CREDIT: STEPHANE DE SAKUTIN – AFP/GETTY IMAGES 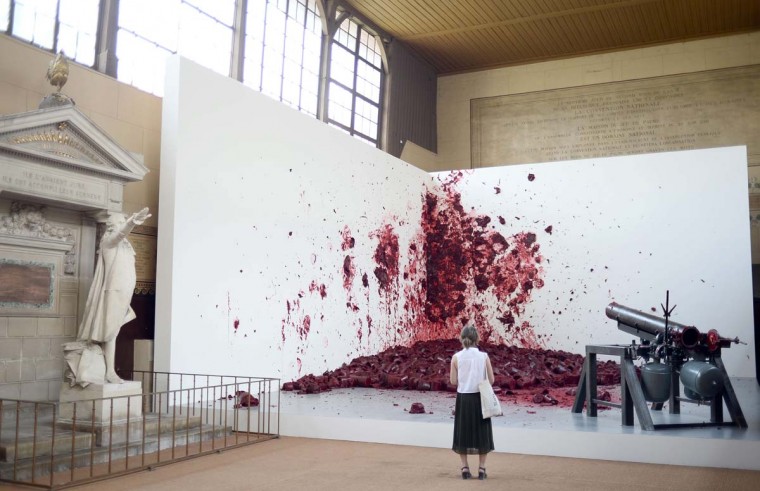 A visitor watches “Shooting into the Corner”, a 2008-2009 mixed media monumental artwork by British contemporary artist of Indian origin Anish Kapoor, displayed at the Royal Tennis Court outside the Chateau de Versailles, in Versailles on June 5, 2015, as part of “Kapoor Versailles”, an exhibition of Kapoor’s work that runs through June 9-November 1, 2015. || CREDIT: STEPHANE DE SAKUTIN – AFP/GETTY IMAGES 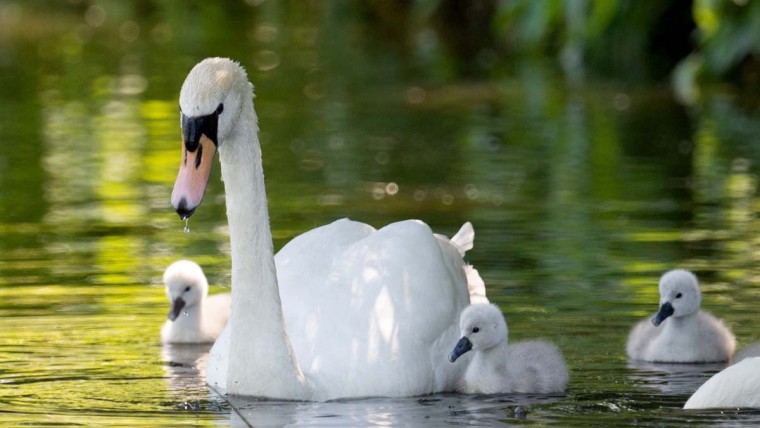 A swan familly is pictured on June 5, 2015 in Hamburg. DANIEL REINHARDT – AFP/Getty Images 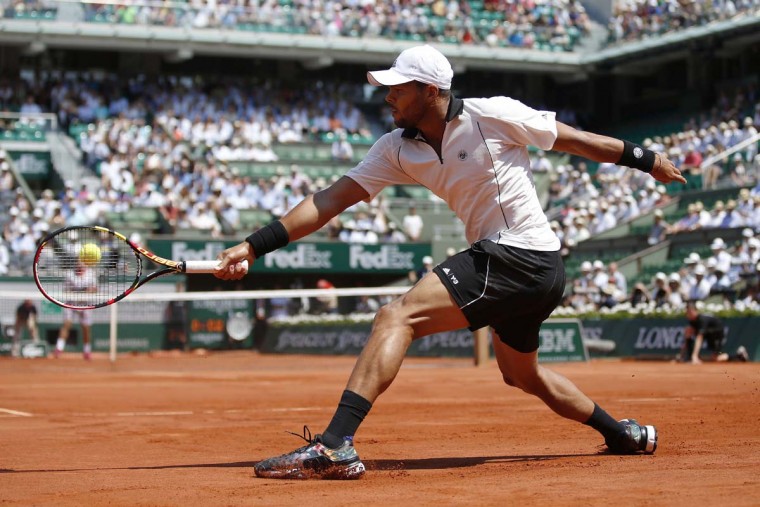 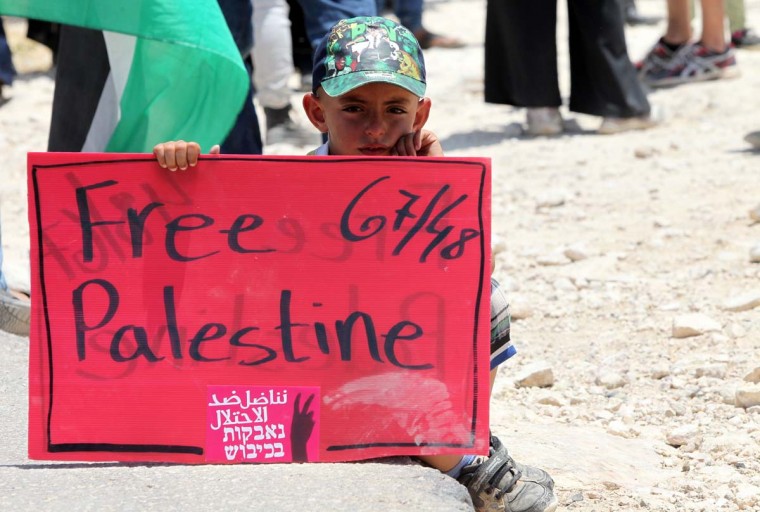 A child holds a banner as Palestinians, foreigners and Israeli peace activists demonstrate in the southern West Bank village of Susya against the demolition of the Palestinian village and in support of the citizens in the southern area near the town of Hebron on June 5, 2015. In May 2015 the Israeli court gave the green light to military orders to demolish the southern West Bank village of Susya, and relocate its 340 Palestinian residents nearby. || CREDIT: HAZEM BADER – AFP/GETTY IMAGES 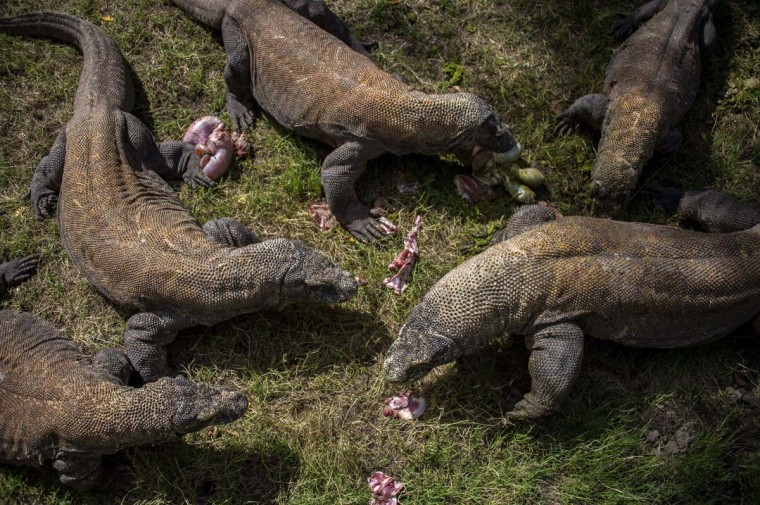 Komodo dragons are shown being fed by Surabaya zoo workers in Surabaya city, East Java province, on June 5, 2015. Komodo dragons are only found on Komodo island, where about 2,700 giant lizards live in the nature reserve. The carnivorous lizard can feed on water buffalos, deer and wild boars, can grow to three meters in length and weigh more than 150 kilograms. || CREDIT: JUNI KRISWANTO – AFP/GETTY IMAGES 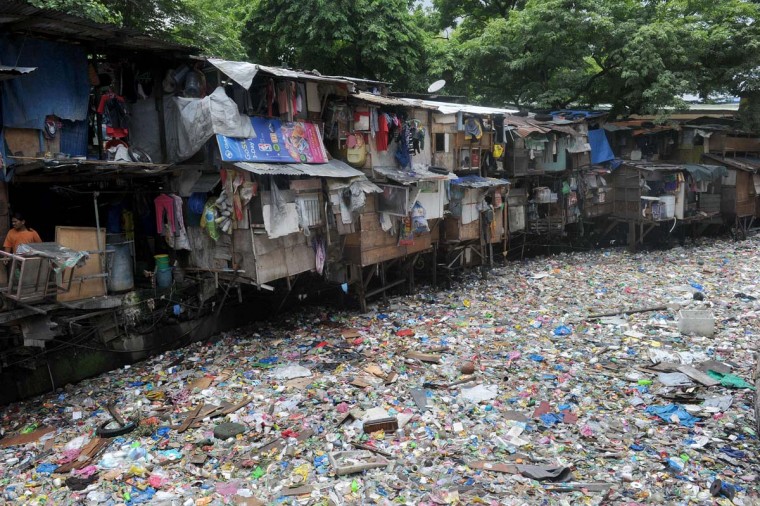 A row of shanty homes sits atop a sea of garbage on World Environment Day in Manila on June 5, 2015. Poverty and a lack of urban planning have been blamed for pollution in the Philippine capital city of 12 million people. || CREDIT: JAY DIRECTO – AFP/GETTY IMAGES 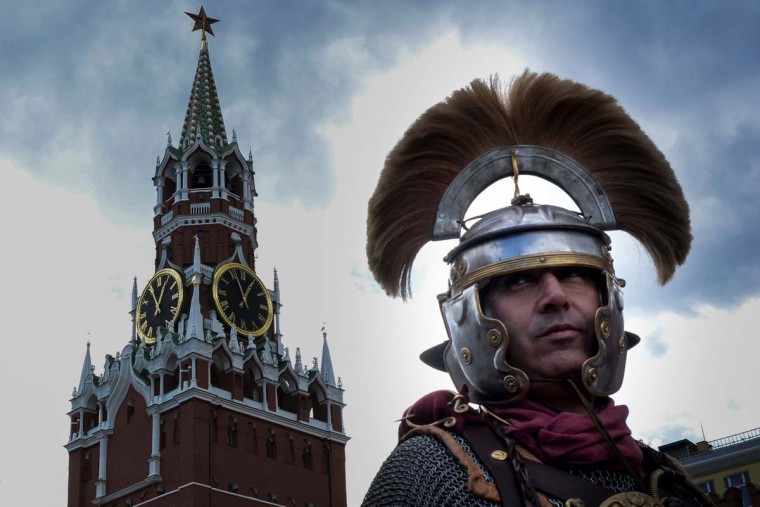 A man dressed as a Roman centurion, a participant of the historical festival “Times and Epoch. Rome”, poses on the Red Square in central Moscow on June 5, 2015. The festival and reinactments will start on June 6 at the museum-reserve Kolomenskoye, southeast of Moscow. || CREDIT: KIRILL KUDRYAVTSEV – AFP/GETTY IMAGES 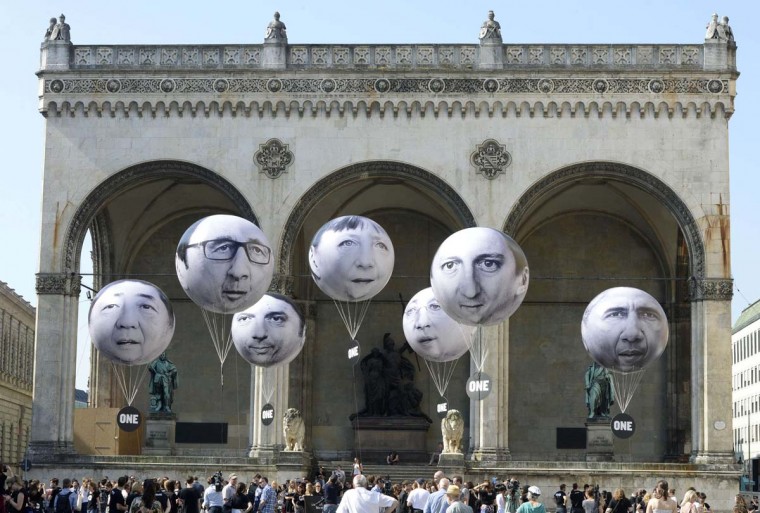 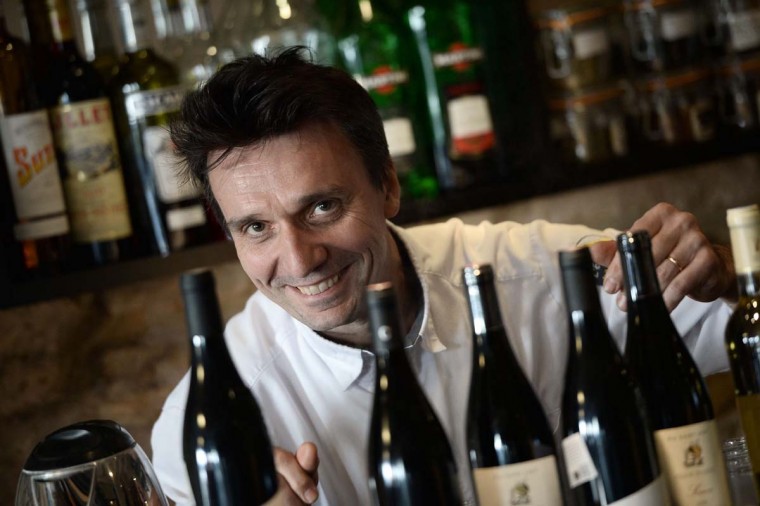 French chef Francois Pasteau poses on June 4, 2015 in the kitchen of his restaurant in Paris. Pasteau tries to reduce the portions of animal proteins in his dishes and cook more vegetables as part of an environmentally-friendly initiative. || CREDIT: STEPHANE DE SAKUTIN – AFP/GETTY IMAGES 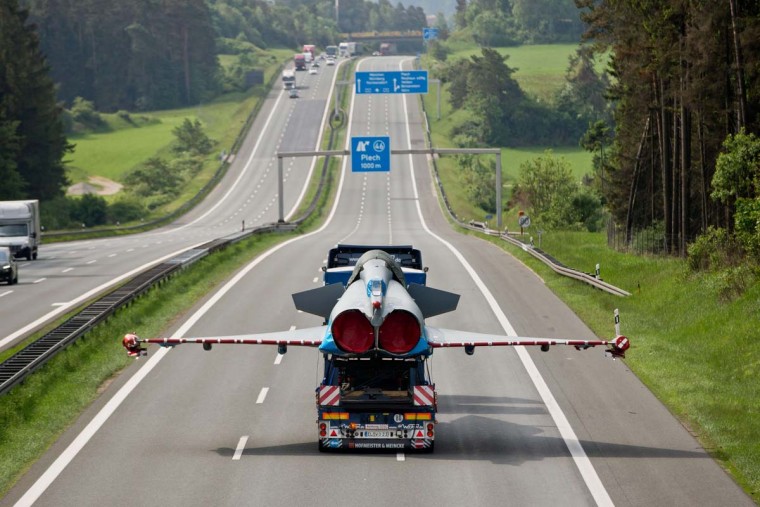 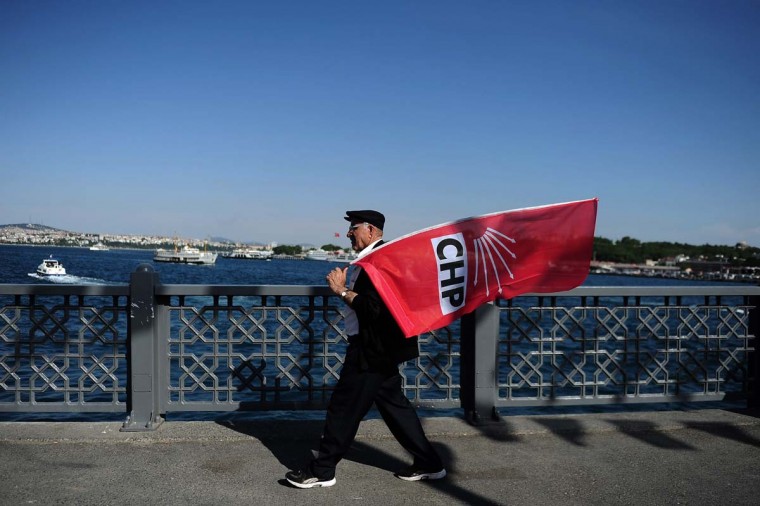 A man holds a flag of Turkey’s main opposition Republican People’s Party (CHP) during a rally in Istanbul’s Eminonu neighbourhood on June 4, 2015. Turkey votes in legislative elections on June 7 with the Islamic-rooted Justice and Development Party (AKP) tipped to win but fall short of landslide victory it scored in previous years. || CREDIT: OZAN KOSE – AFP/GETTY IMAGES 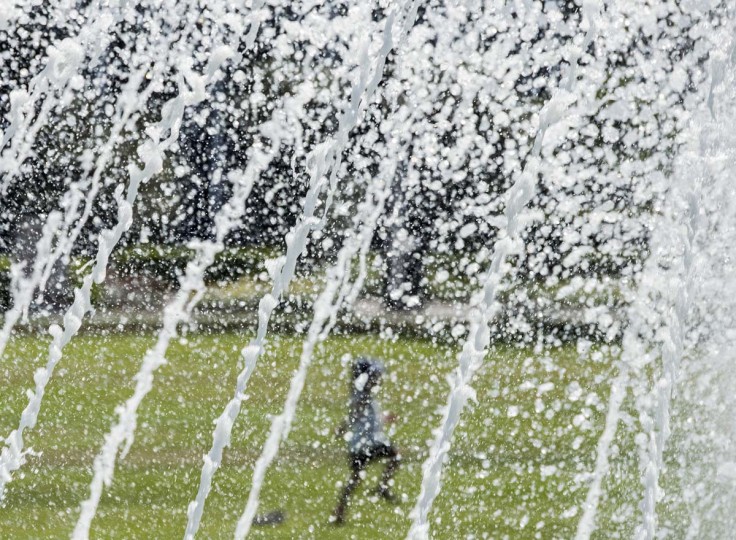 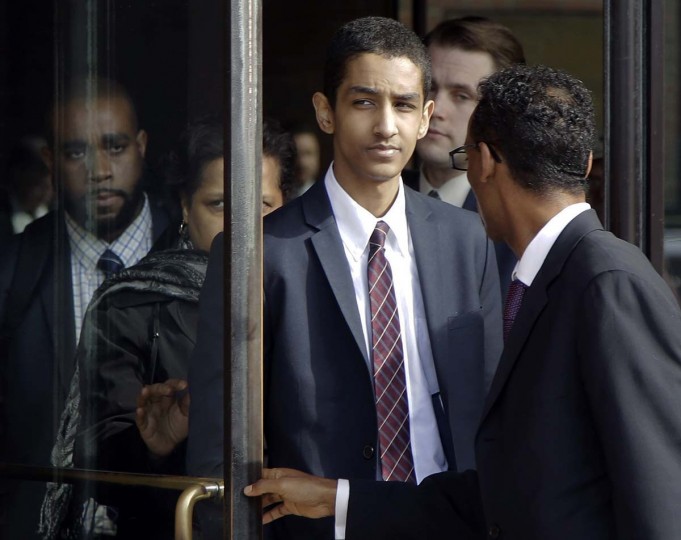 In this Oct. 28, 2014, file photo, Robel Phillipos, center, leaves federal court with defense attorney Derege Demissie, right, after he was convicted in Boston on two counts of lying about being in the dorm room of convicted Boston Marathon bomber Dzhokhar Tsarnaev three days after the bombing in 2013, while two other friends removed a backpack containing fireworks and other potential evidence. Phillipos is scheduled to be sentenced Friday, June 5, 2015, in federal court in Boston. || CREDIT: STEPHAN SAVOIA, FILE – AP PHOTO