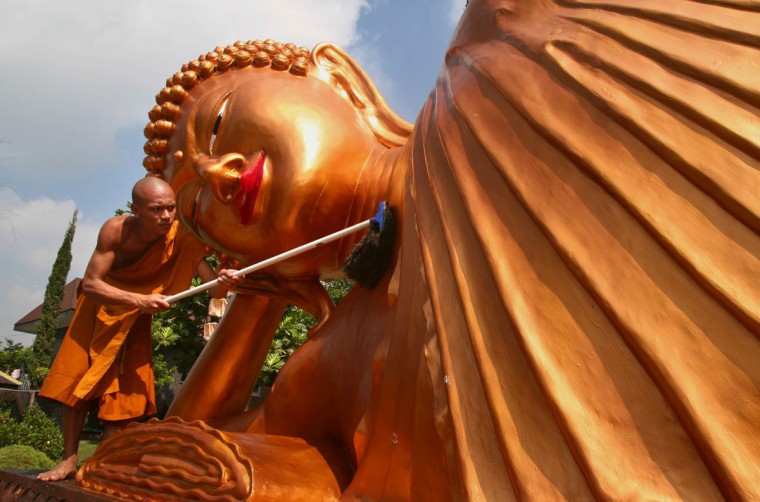 A monk cleans a huge reclining Buddha statue at a Buddhist temple in Malang in eastern Java island on June 1, 2015 on the eve of Buddha’s birthday celebrated in Indonesia on June 2. Hundreds of Buddhist devotees congregate at the ancient temple of Borobudur for a religious celebration in central Java island. Buddhists are a minority in Indonesia, a predominantly Islamic country. (AFP Photo/Aman Rochman) 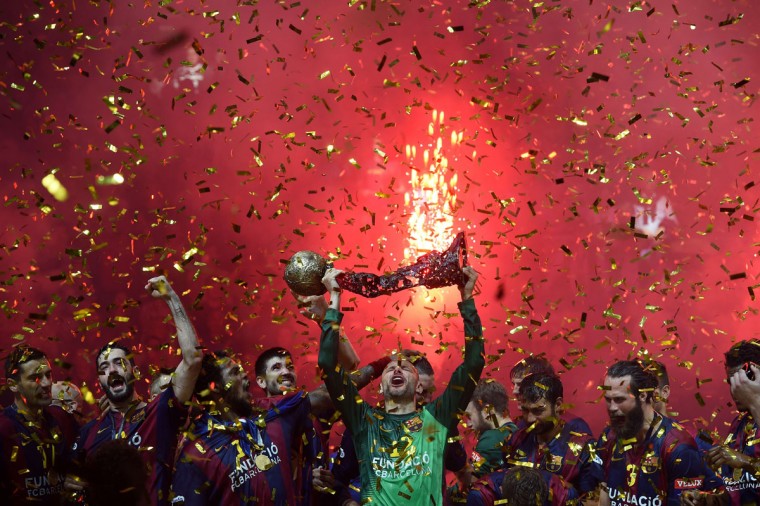 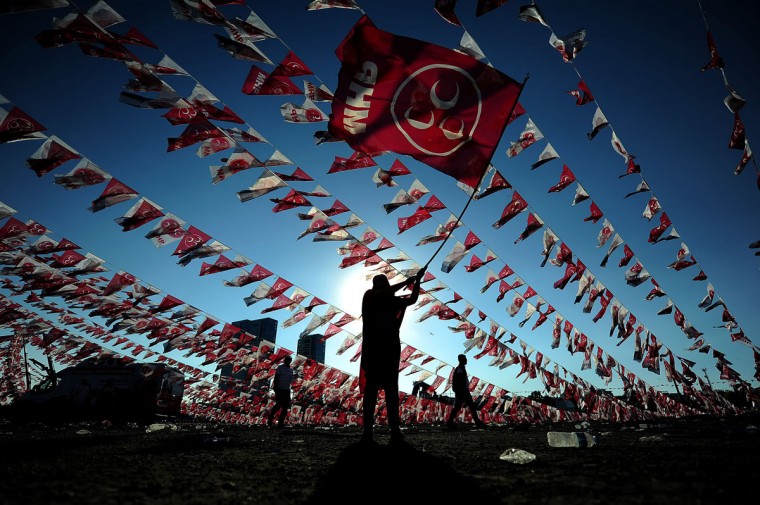 A woman waves a flag of Turkeys Nationalist Movement Party (MHP) during an election campaign rally on May 31, 2015 at Kazlicesme neighborhood in Istanbul ahead of the June 7 general elections. Turkish police tightened security around Istanbul’s Taksim square, on the second anniversary of the mass anti-government protests that rocked the square in 2013. (AFP Photo/P /ozan ) 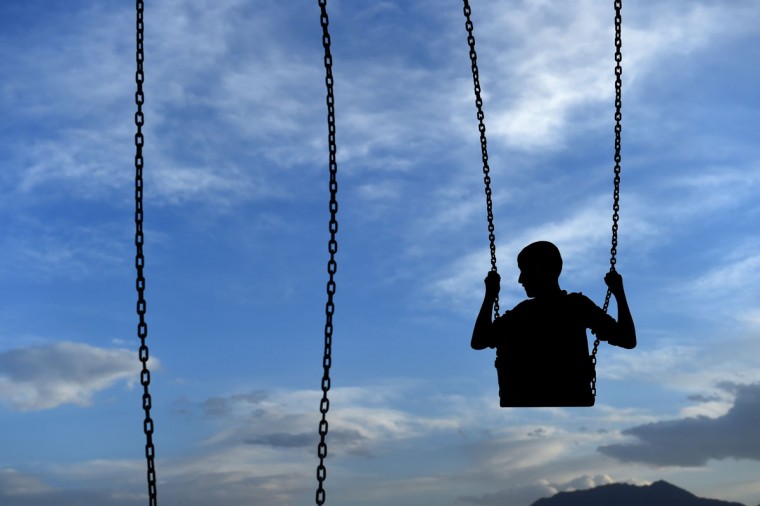 An Afghan boy plays on a swing at a fair in a field near the Sahki Shrine in Kabul on May 31, 2015. Despite massive injections of foreign aid since the fall of the Taliban in 2001, Afghanistan remains desperately poor as it attempts to recover from decades of conflict. (AFP Photo/Farshad Usyan) 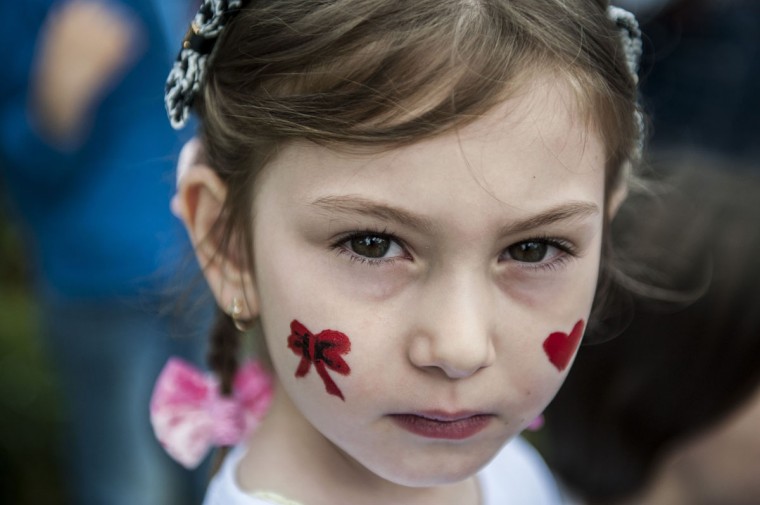 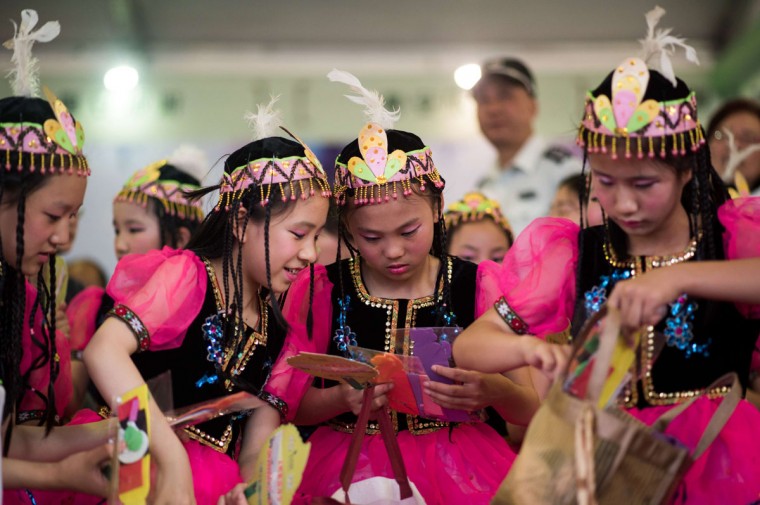 Young girls dressed in Inner Mongolian costumes prepare for a show during a tea promotion festival in a park in Shanghai on June 1, 2015, during International Children’s Day. (AFP Photo/Johannes Eisele) 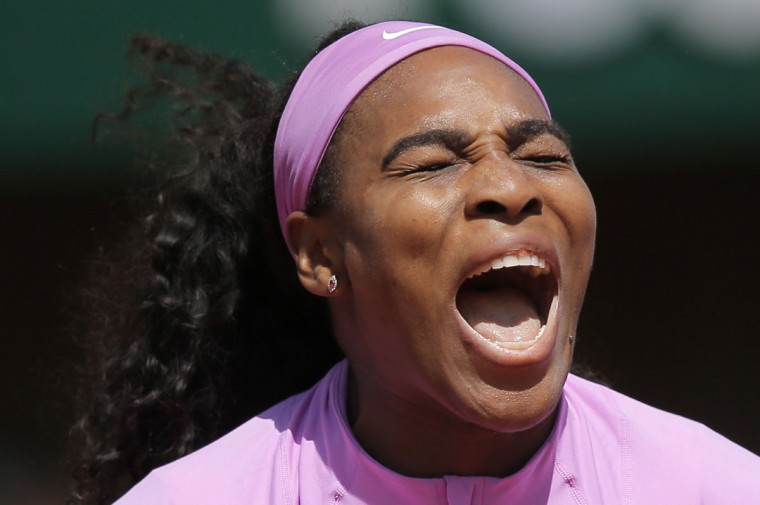 Serena Williams of the U.S. shouts as she plays compatriot Sloane Stephens of the U.S. during their fourth round match of the French Open tennis tournament at the Roland Garros stadium, Monday, June 1, 2015 in Paris. (AP Photo/Christophe Ena) 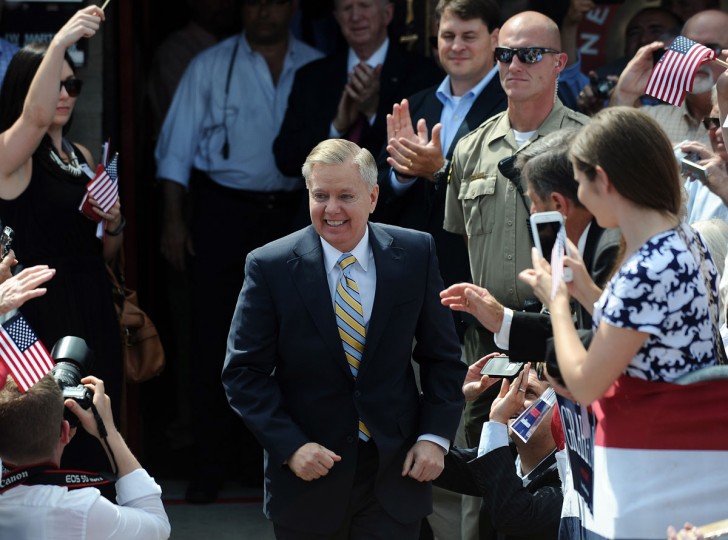 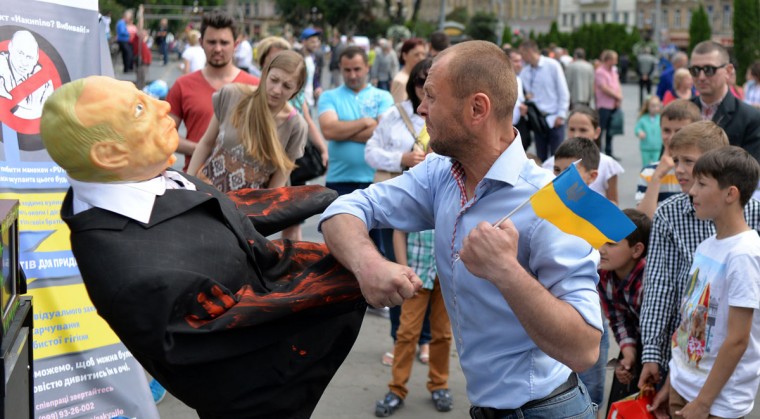 A man punches an effigy of Russian President Vladimir Putin on May 31, 2015 on a street in the western Ukrainian city of Lviv. (AFP Photo/Yuriy Dyachyshyn) 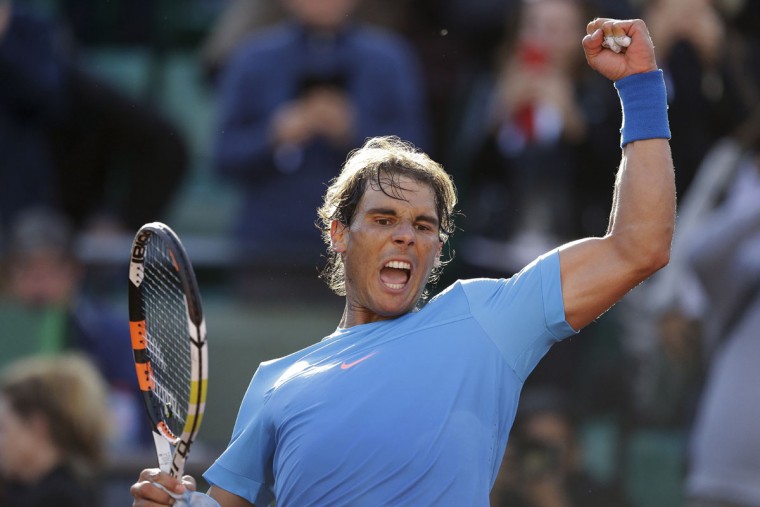 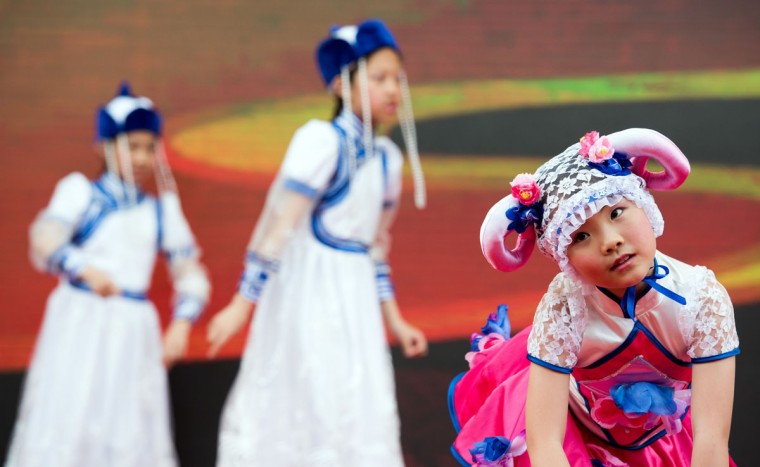 Young girls dressed in Inner Mongolian costumes perform in a show during a tea promotion festival in a park in Shanghai on June 1, 2015, during International Children’s Day. (AFP Photo/Johannes Eisele) 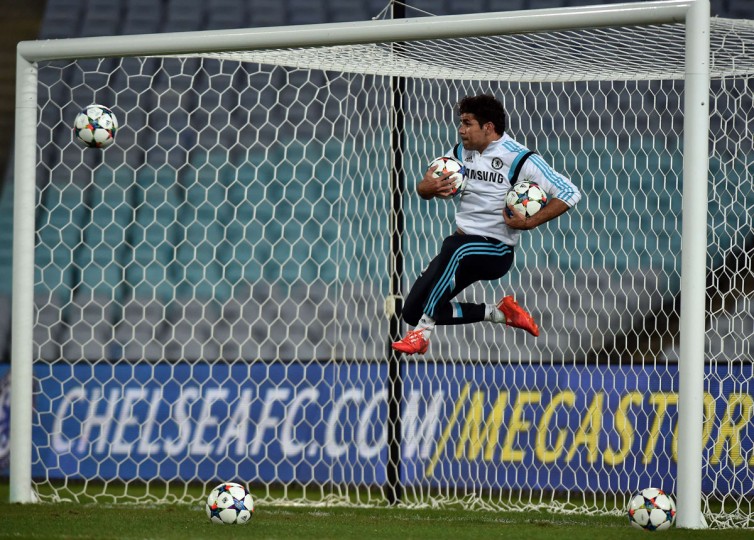 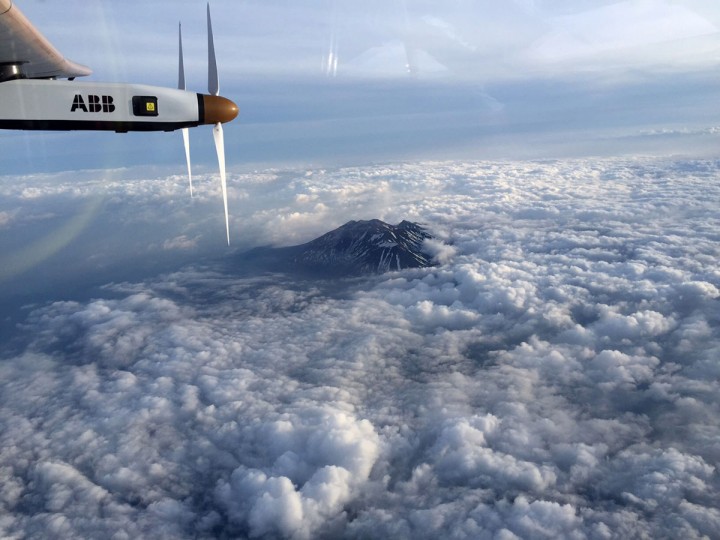 This handout picture taken by Solar Impulse 2 pilot Andre Borschberg shows a section of the solar powered plane as it flies over the Nagano mountain region in direction of Nagoya, Japan on June 1, 2015. Solar Impulse 2 will land in the Japanese city of Nagoya, organisers said on June 1, 2015, as bad weather delayed a landmark attempt by a solar plane to cross the Pacific Ocean. (AFP Photo/Handout / ) 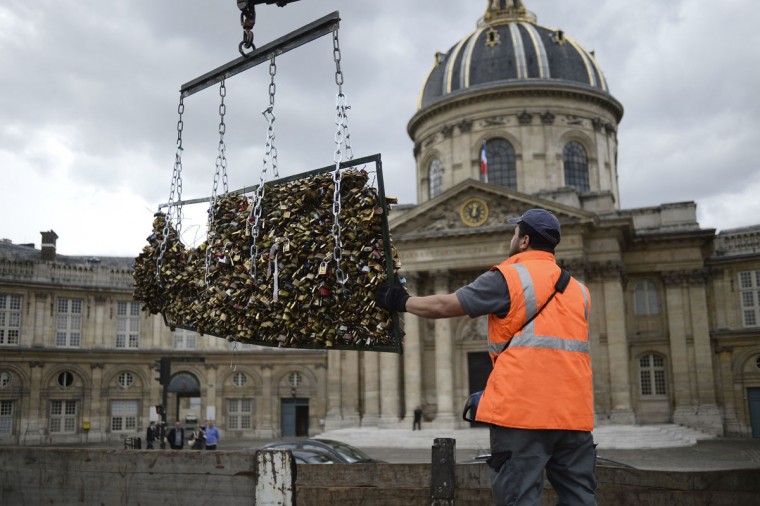 A worker removes ‘love padlocks’ attached on the railings of the Pont des Arts on June 1, 2015 in Paris. Started by tourists in Paris in 2008, the love locks ritual, which also spread in the early 2000s to cities including New York, Seoul and London, has resulted in the transformation of several bridges : every inch of their railings is now covered with clunky brass padlocks. (AFP Photo/Stephane Sakutinstephane de sakutin) 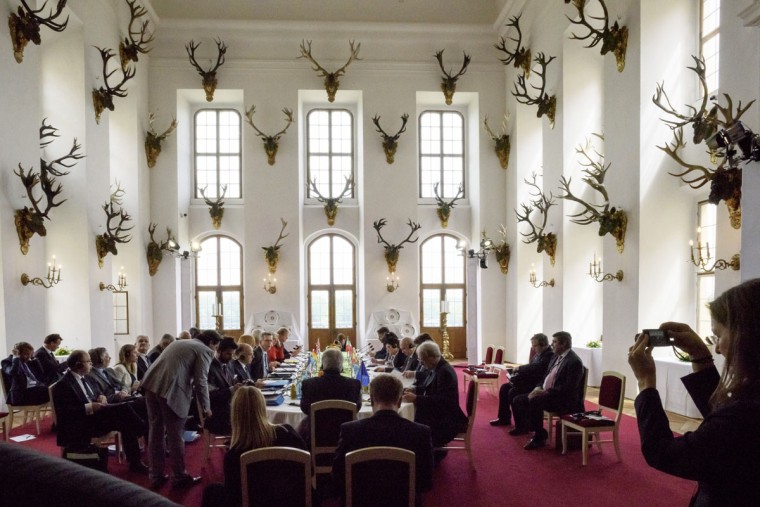 The participants of a two-day meeting of Interior ministers of socalled G6 group sit around the table at the Moritzburg Castle near Dresden, eastern Germany on June 1, 2015. The interior ministers from Germany, France, Italy, Poland, Spain and the UK meet there for discussions, focusing on organized crime, on refugee policy, Islamist terrorism and cyber crime. (AFP Photo/Jens Schlueter) 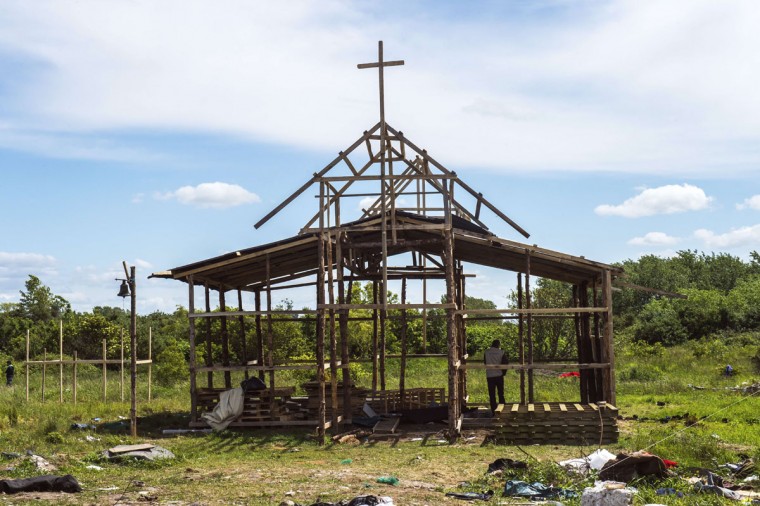 A man stands in a wooden church under construction at “the jungle”, a makeshift tent village in Calais, northern France, on June 1, 2015, after a brawl broke out at the camp earlier in the morning. A brawl broke out in the early hours of June 1 between Sudanese and Eritrean migrants in the northern French port of Calais, resulting in 24 injuries, 14 of which required hospital treatment. According to the emergency services, the fight began after a makeshift tent was torched and escalated quickly into running battles with iron bars. (AFP Photo/Philippe Huguen) 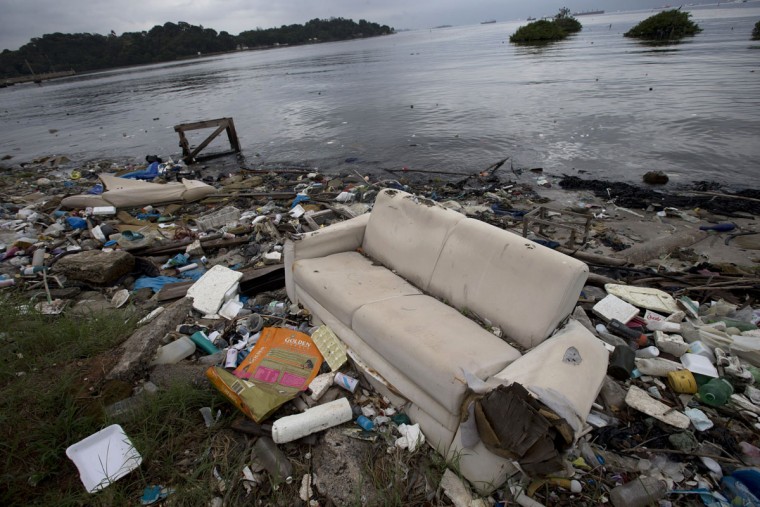 A sofa litters Guanabara Bay along with other trash in Rio de Janeiro, Brazil, Monday, June 1, 2015. Art students at a Rio de Janeiro university have taken advantage of a material they have in endless supply _ trash _ to create an exhibition that aims to draw attention to the fetid state of the city’s Guanabara Bay, where the Olympic sailing events are to be held next year. (AP Photo/Silvia Izquierdo) 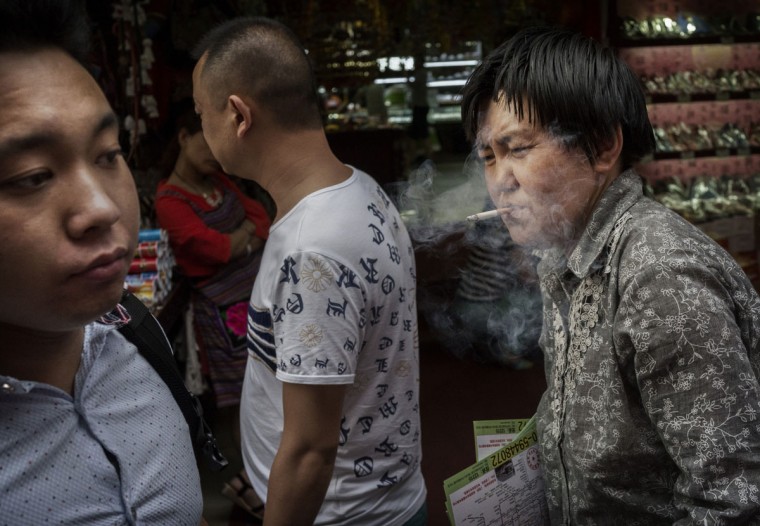 A Chinese woman smokes a cigarette in a prohibited area under tough new anti-smoking laws in a shopping market on June 1, 2015 in Beijing, China. Beijing introduced strong new measures June 1, banning smoking in many public places, in a bid to stave off a growing health crisis in the world’s biggest consumer of tobacco. Past attempts have failed in China, which has more than 300 million smokers and an estimated one million smoking-related deaths each year. (Photo by Kevin Frayer/Getty Images) 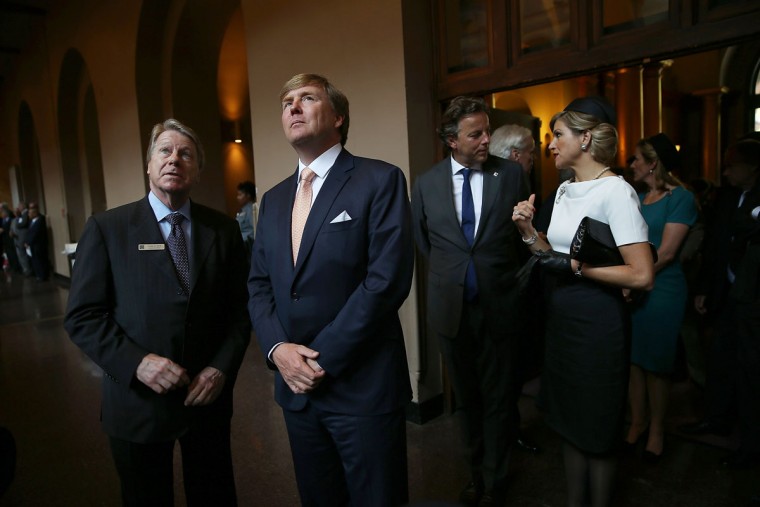 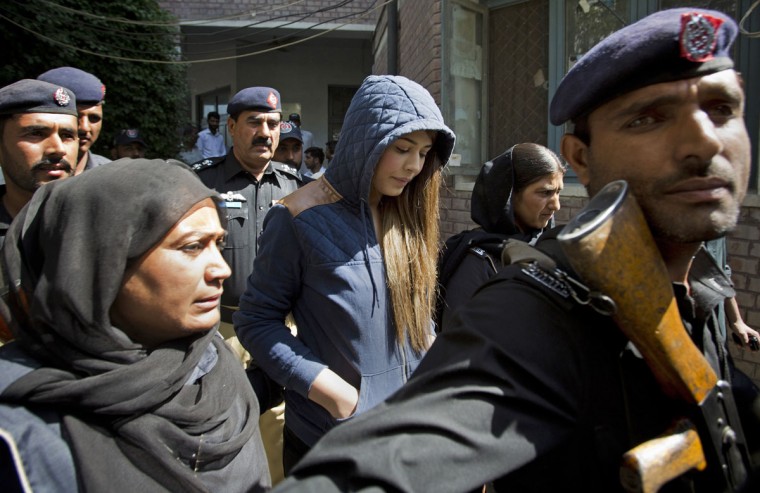 Pakistan’s top model, Ayaan Ali, center, arrives in tight security to appear in a court in Rawalpindi, Pakistan, Monday, June 1, 2015. Ali is under detention since her midnight arrest on March 14 at Islamabad airport and faces money laundering charges after authorities seized over $500,000 before she boarded a Dubai-bound flight. Pakistani law makes it illegal†for a passenger†carry over $10,000 on†a flight. (AP Photo/B.K. Bangash)