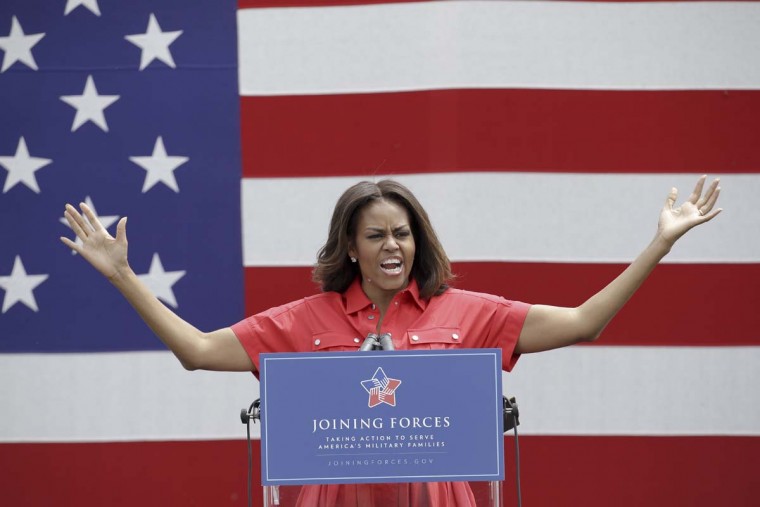 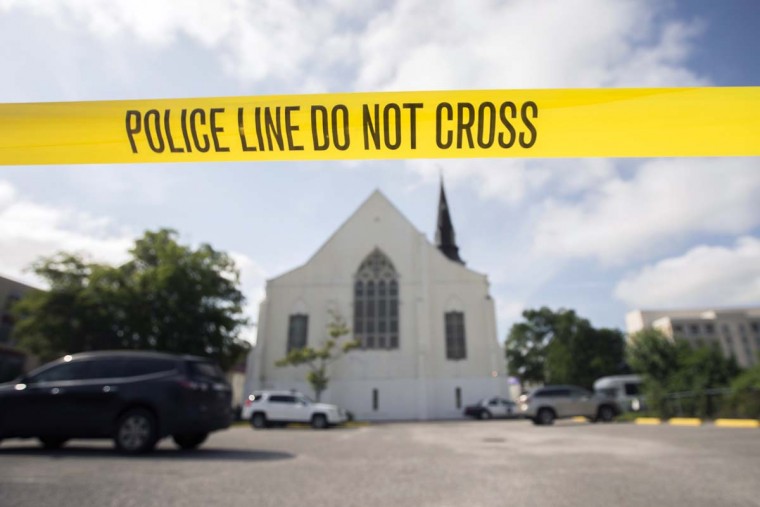 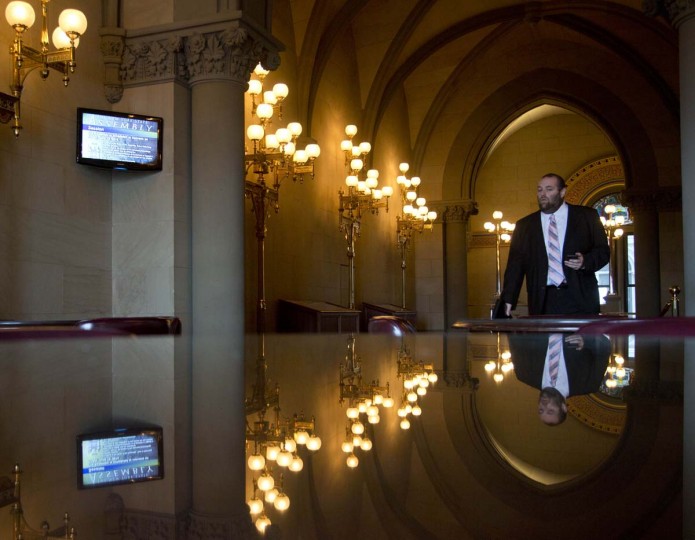 Jeff Keller, an advocate for independent building materials dealers, walks outside the Assembly Chamber at the Capitol before session on Friday, June 19, 2015, in Albany, N.Y. Many lawmakers say they’re looking forward to ending what has been an unusually difficult session. Both chambers picked new leaders this year after longtime Speaker Sheldon Silver and former Senate Leader Dean Skelos were arrested on unrelated corruption charges. || CREDIT: MIKE GROLL – AP PHOTO 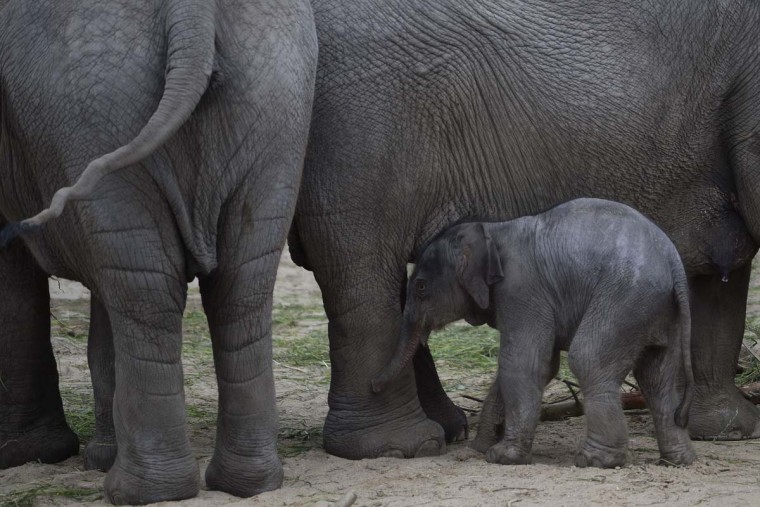 A new-born baby elephant named Qiyo is pictured at the Planckendael animal park, on June 19, 2015, in Muizen, Belgium. Qiyo was born on June 16, 2015 to his mother Phyo Phyo, and is the little sister of Kai-Mook, who was born in 2009. DIRK WAEM – AFP/Getty Images 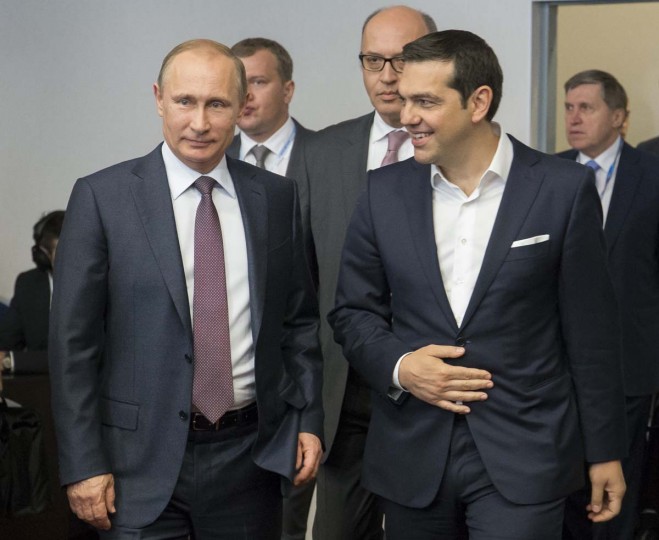 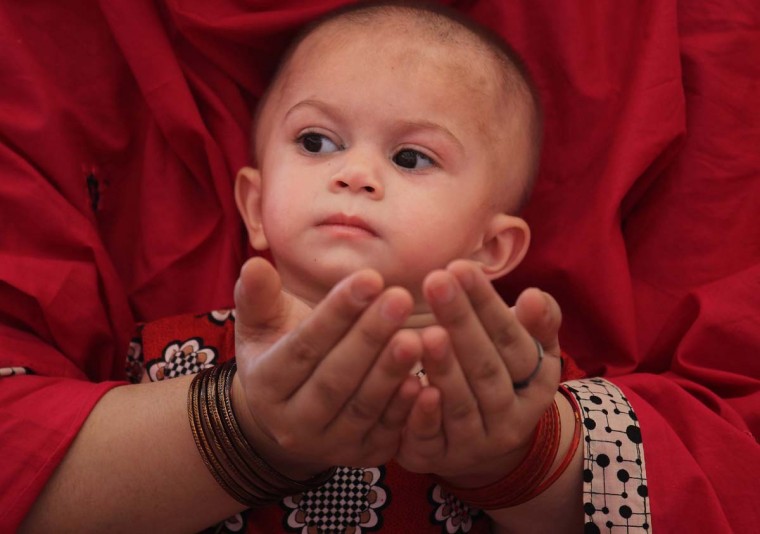 A Pakistani Muslim woman holds her child during Friday prayers at the Badshahi mosque in Lahore, Pakistan, June 19, 2015. Muslims around the globe are observing the holy fasting month of Ramadan where they refrain from drinking, eating, smoking and sex from dawn to dusk. || CREDIT: K.M. CHAUDARY – AP PHOTO

Two swans are followed by their chicks as they walk over the lawn at the Stoecken cemetery in Hanover, central Germany, on June 19, 2015. PETER STEFFEN – AFP/Getty Images 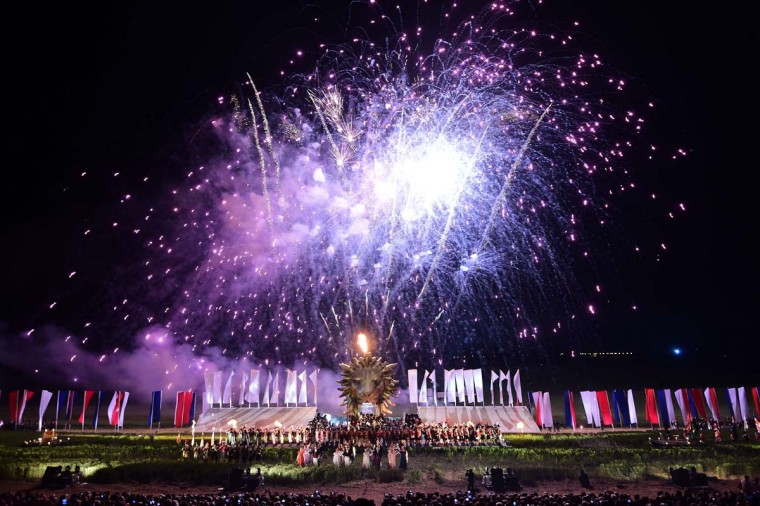 Re-enactors and actors perform in the “Inferno” lights and sound show during the celebrations of the 200th anniversary of The Battle of Waterloo in Waterloo, on June 18, 2015. || CREDIT: EMMANUEL DUNAND – AFP/GETTY IMAGES 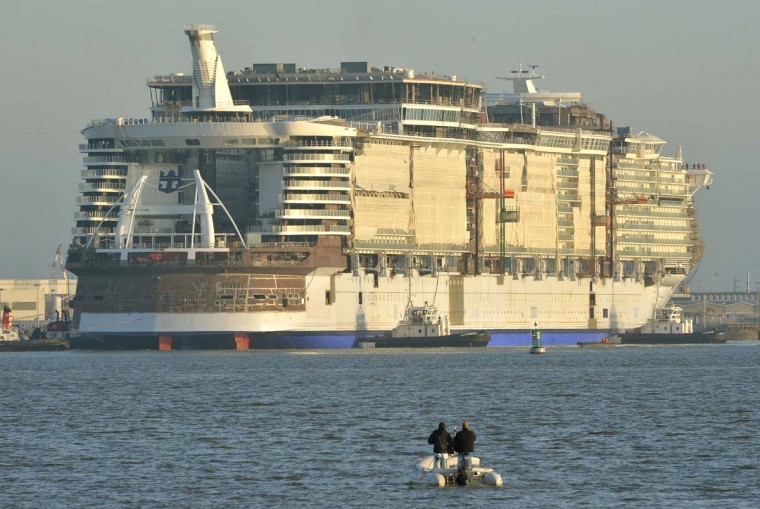 Fishing boats pass by as the cruise liner “Harmony of the Seas” is towed by tug boats into its new moorings at the STX Shipyards in Saint-Nazaire on June 19, 2015. The cruise liner, one of the largest ever built, with a capacity of 6,000 passengers is scheduled for delivery in April 2016. || CREDIT: GEORGES GOBET – AFP/GETTY IMAGES 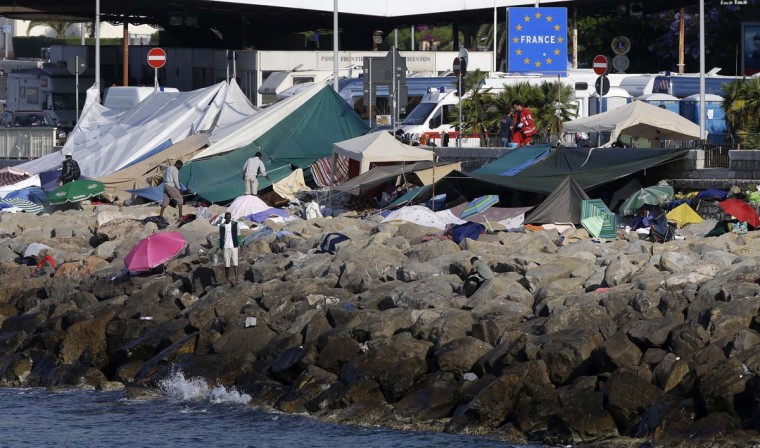 A general view of the camp where migrants crowd on the rocky beach at the Franco-Italian border in Vintimiglia, Italy, Friday, June 19, 2015. European Union nations failed to bridge differences Tuesday, June 16 over an emergency plan to share the burden of the thousands of refugees crossing the Mediterranean Sea, while on the French-Italian border, police in riot gear forcibly removed dozens of migrants. || CREDIT: LIONEL CIRONNEAU – AP PHOTO 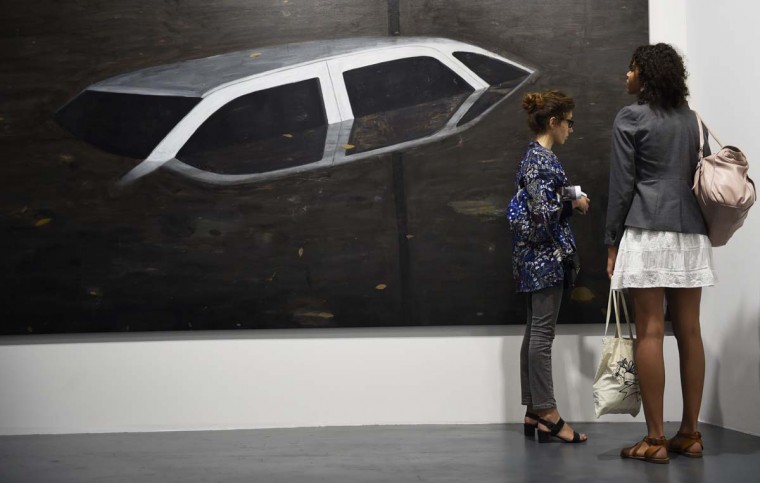 Women look at ‘Memoria externa 05’, an artwork by Jorge Macchi, during a press presentation of ‘My Buenos Aires’, an exhibition of Argentinian artists at La Maison Rouge in Paris, on June 19, 2015. The exhibition, featuring creations of over 60 artists, will run from June 20 to September 20, 2015. || CREDIT: LOIC VENANCE – AFP/GETTY IMAGES 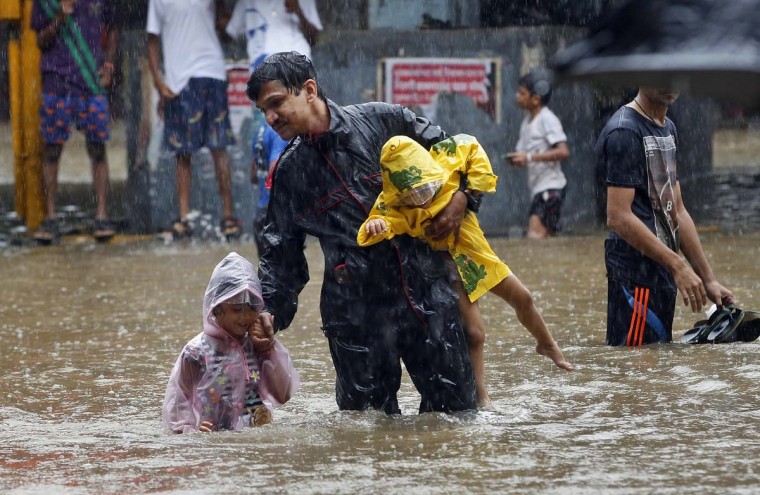 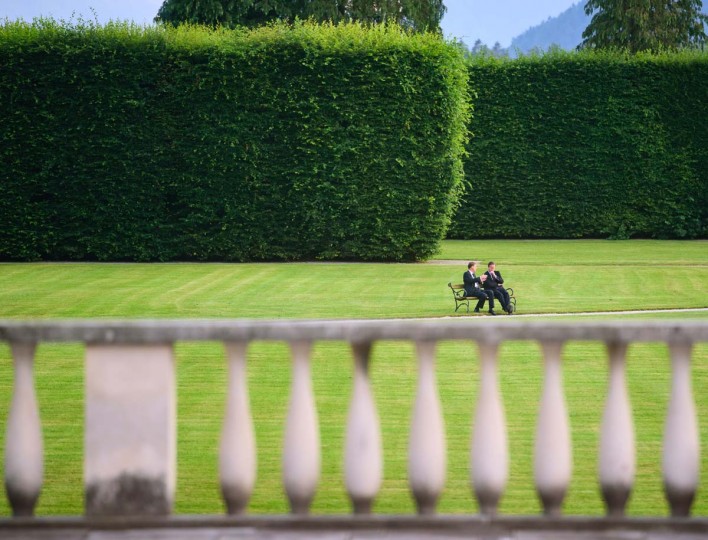 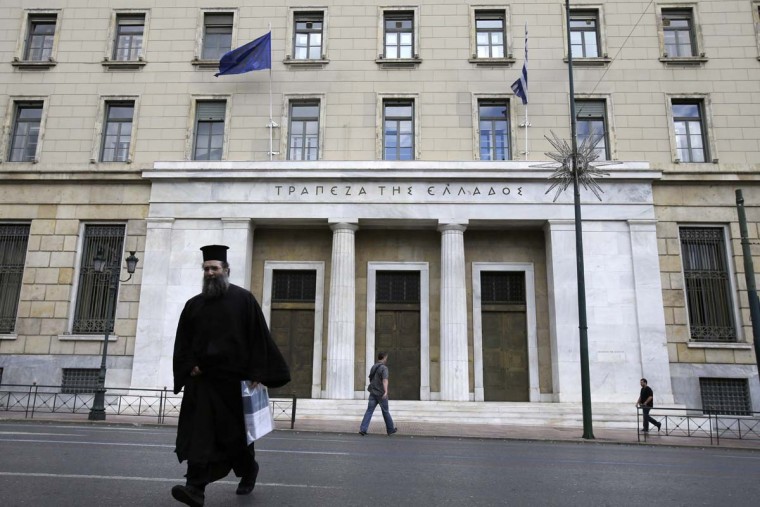 A Greek Orthodox priest crosses the street outside of Bank of Greece headquarters in Athens, Friday, June 19, 2015. Several European countries said openly they are getting ready for the possibility of Greece leaving the euro. And though there was no sign of panic in the streets of Greece over that prospect, officials say Greeks are taking money out of banks in growing amounts. || CREDIT: THANASSIS STAVRAKIS – AP PHOTO 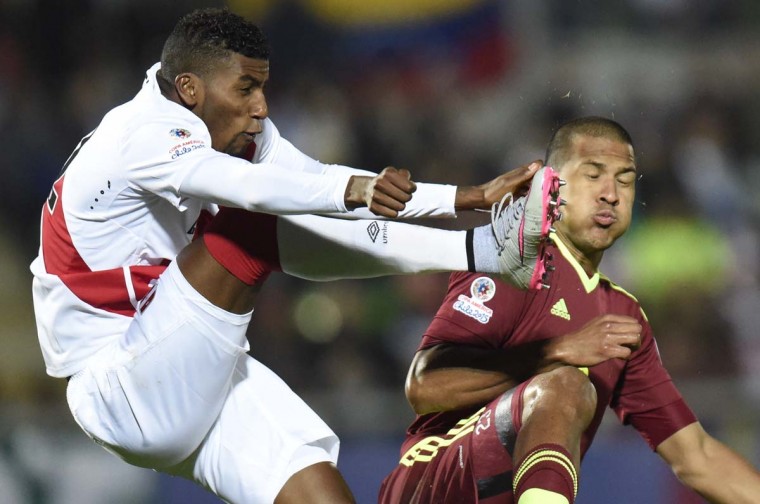 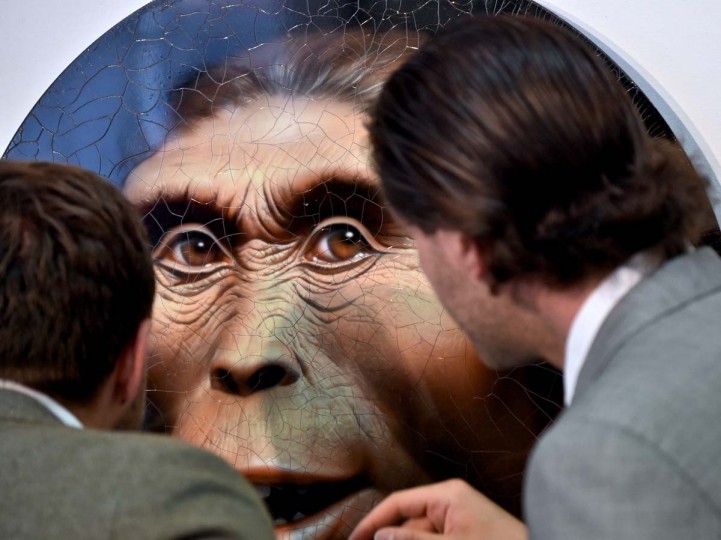 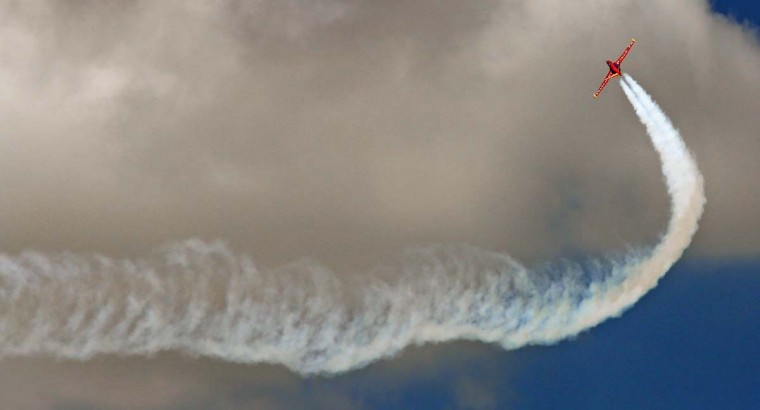 A Fouga Magister performs its demonstration flight at the Paris Air Show in Le Bourget, north of Paris, Friday, June 19, 2015. Some 300,000 aviation professionals and spectators are expected at this weekís Paris Air Show, coming from around the world to make business deals and see dramatic displays of aeronautic prowess and the latest air and space technology. || CREDIT: REMY DE LA MAUVINIERE – AP PHOTO 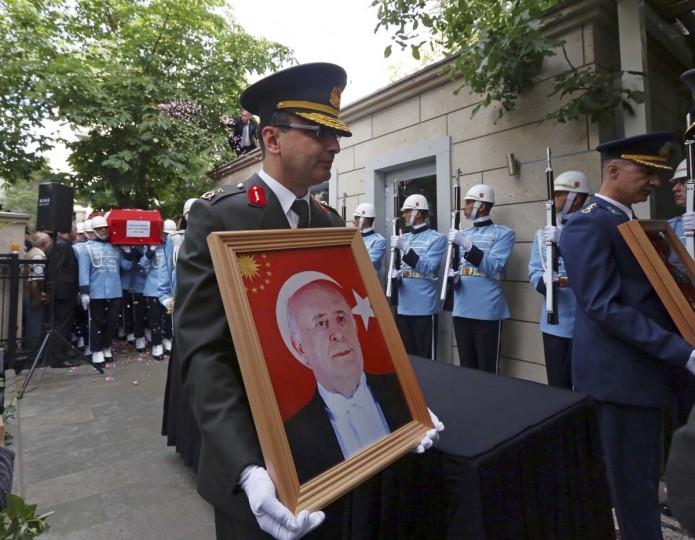 Men throw rose petals towards the flag-draped coffin of Suleyman Demirel, long-serving Turkish politician, during a ceremony at his residence in Ankara, Turkey, Friday, June 19, 2015. The 90-year-old Demirel died early Wednesday morning following a decades-long career at the top of Turkish politics. He was a consummate politician, surviving two coups, slogging through years of political instability and serving a total of seven terms as prime minister before rising to the presidency. || CREDIT: BURHAN OZBILICI – AP PHOTO