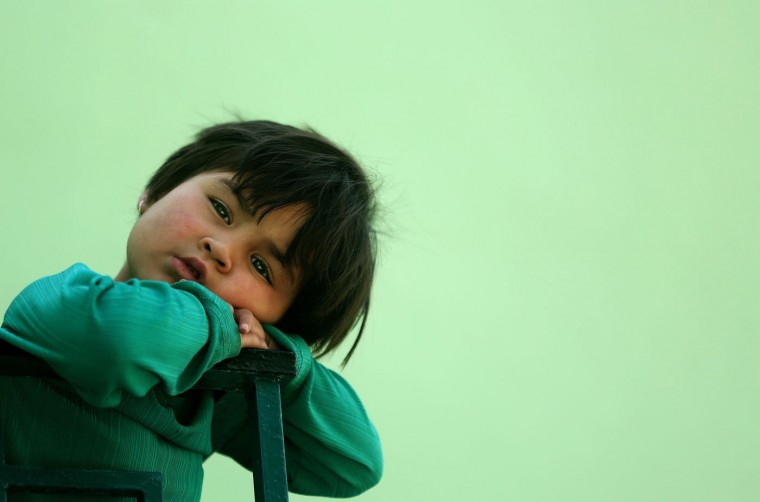 An Afghan girl waits to receive food donation during the holy month of Ramadan in Kabul, Afghanistan, Thursday, June 25, 2015. Muslims throughout the world are marking the month of Ramadan, the holiest month in the Islamic calendar during which devotees fast from dawn till dusk. (AP Photo/Massoud Hossaini) 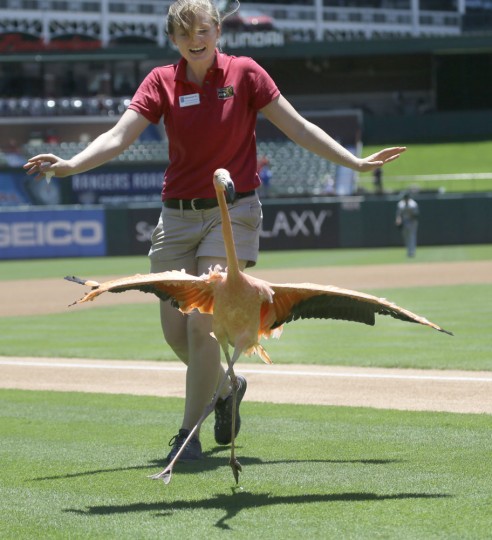 A pink flamingo tries to get away from its keeper during a pre-game presentation by the Dallas Zoo before a baseball game between the Oakland Athletics and Texas Rangers in Arlington, Texas, Thursday, June 25, 2015. (AP Photo/LM Otero) 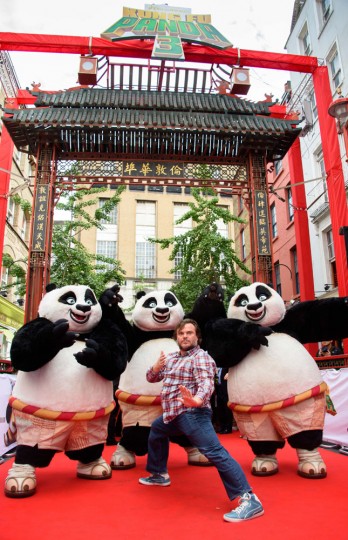 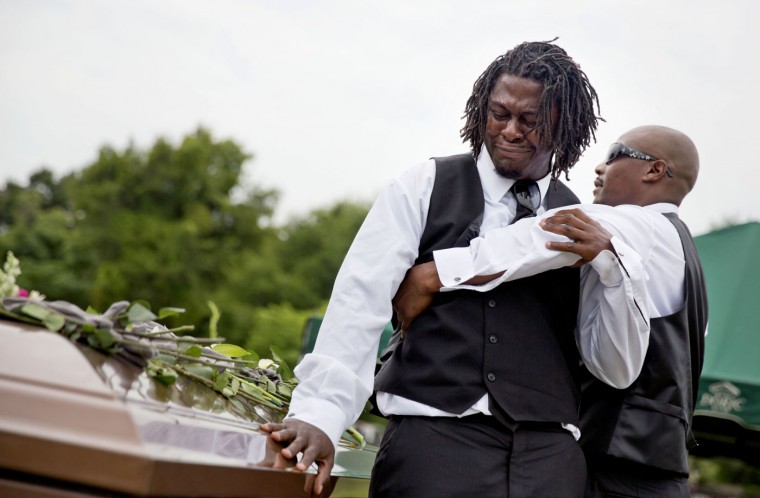 Brandon Risher, left, is pulled away by a friend as he cries over the casket of his grandmother, Ethel Lance, following her burial service, Thursday, June 25, 2015, in Charleston, S.C. Lance was one of the nine people killed in the shooting at Emanuel AME Church last week in Charleston. (AP Photo/David Goldman) 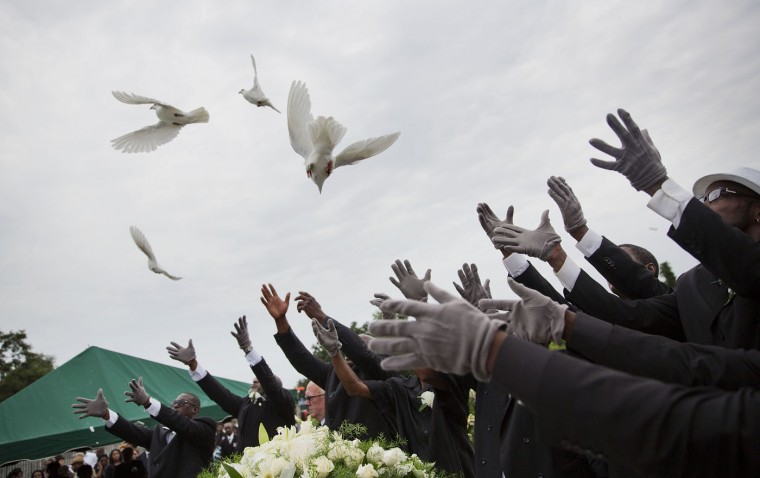 Pallbearers release doves over the casket of Ethel Lance during her burial service, Thursday, June 25, 2015, in Charleston, S.C. Lance was one of the nine people killed in the shooting at Emanuel AME Church in Charleston last week. (AP Photo/David Goldman) 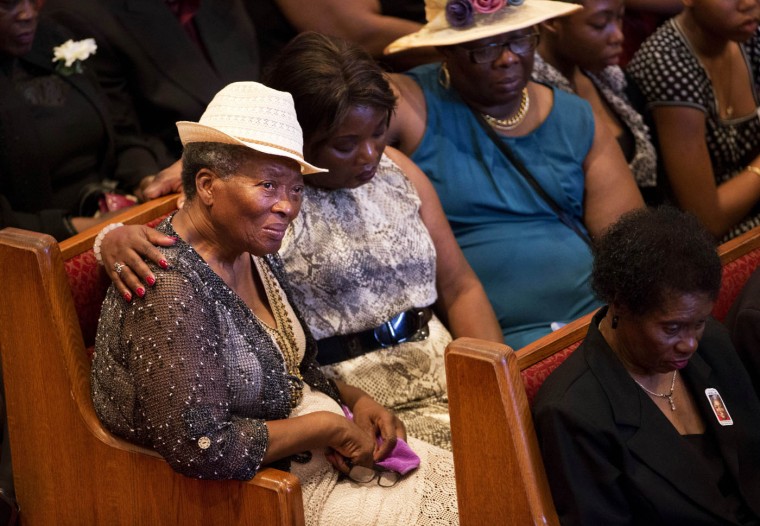 Mourners gather before the funeral service for Ethel Lance, one of the nine people killed in the shooting at Emanuel AME Church last week in Charleston, Thursday, June 25, 2015, in North Charleston, S.C. (AP Photo/David Goldman) 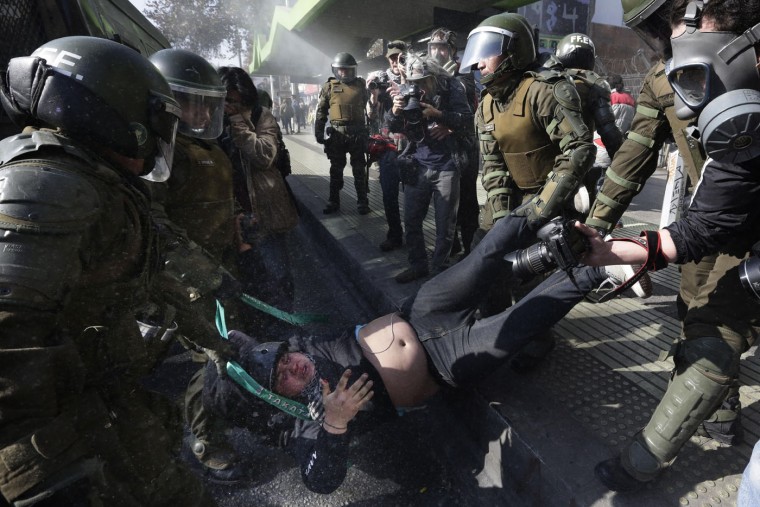 A protester is detained by riot police at the end of a march in Santiago, Chile, Thursday, June 25, 2015. Teachers and students are asking for better salaries and participation in the government’s education reform, and the march ended with some incidents between groups of hooded or masked protesters and police. (AP Photo/Jorge Saenz) 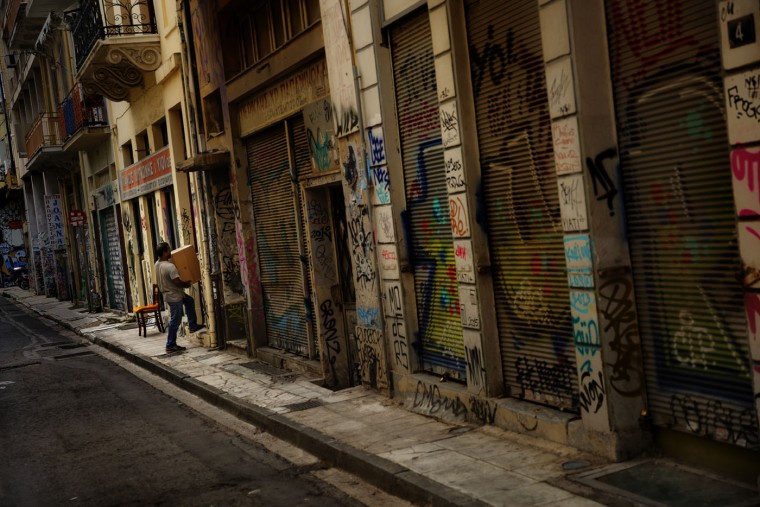 A man carries a box into the only shop open of an Athens street, Thursday, June 25, 2015. The ECB approved a request from Athens to increase the amount of emergency liquidity Greek lenders can tap from the country’s central bank. Worried Greeks have been withdrawing their money from their country’s banks, fearing the imposition of restrictions on banking transactions. An estimated more than 4 billion euros ($4.5 billion) left Greek banks last week. (AP Photo/Daniel Ochoa de Olza) 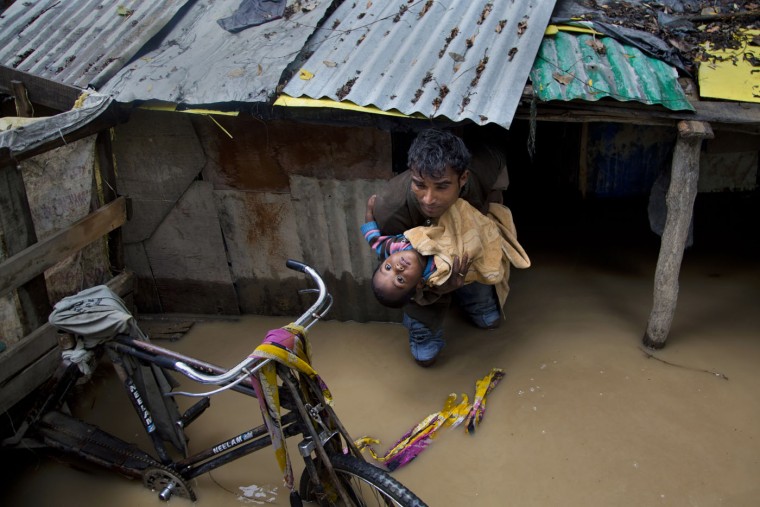 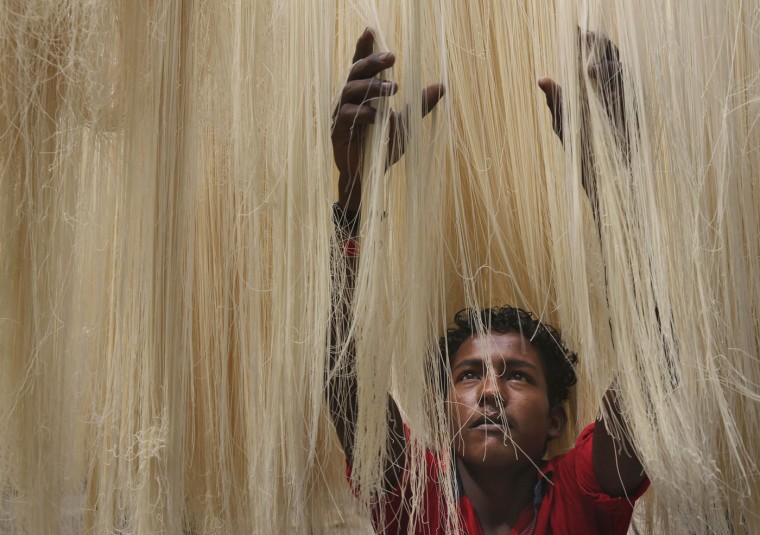 An Indian worker dries vermicelli, used to make a traditional sweet dish popular during the Islamic holy month of Ramadan, in Hyderabad, India, Thursday, June 25, 2015. Muslims throughout the world are marking the month of Ramadan, the holiest month in the Islamic calendar during which devotees fast from dawn till dusk. (AP Photo/Mahesh Kumar A.) 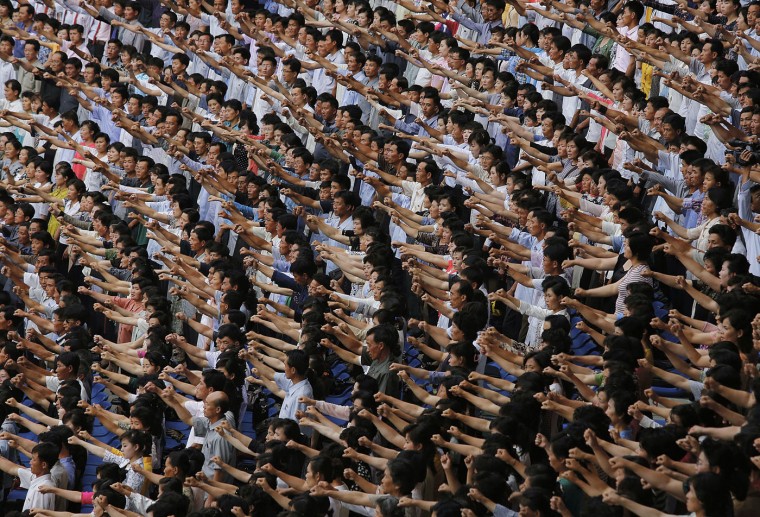 Men and women pump their fists in the air and chant “Defend!” as they carry propaganda slogans calling for reunification of their country during the “Pyongyang Mass Rally on the Day of the Struggle Against the U.S.,” attended by approximately 100,000 North Koreans to mark the 65th anniversary of the outbreak of the Korean War at the Kim Il Sung stadium, Thursday, June 25, 2015, in Pyongyang, North Korea. The month of June in North Korea is known as the “Struggle Against U.S. Imperialism Month” and it’s a time for North Koreans to swarm to war museums, mobilize for gatherings denouncing the evils of the United States and join in a general, nationwide whipping up of the anti-American sentiment. (AP Photo/Wong Maye-E) 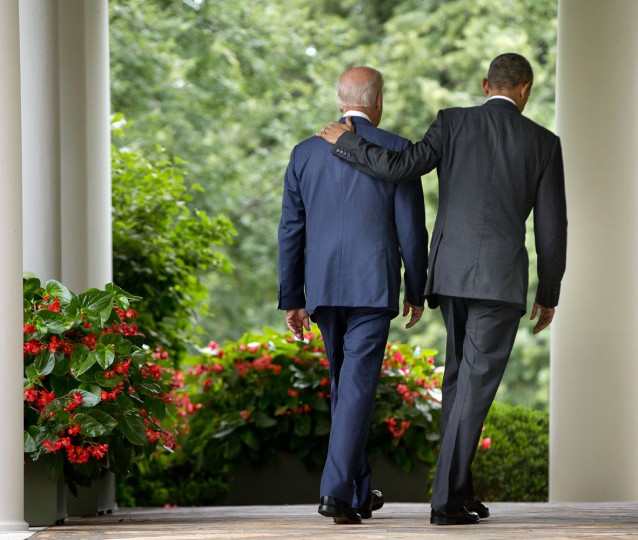 President Barack Obama walks with Vice President Joe Biden back to the Oval Office of the White House in Washington, Thursday, June 25, 2015, after speaking in the Rose Garden after the Supreme Court upheld the subsidies for customers in states that do not operate their own exchanges under President Barack Obama’s Affordable Care Act. (AP Photo/Pablo Martinez Monsivais) 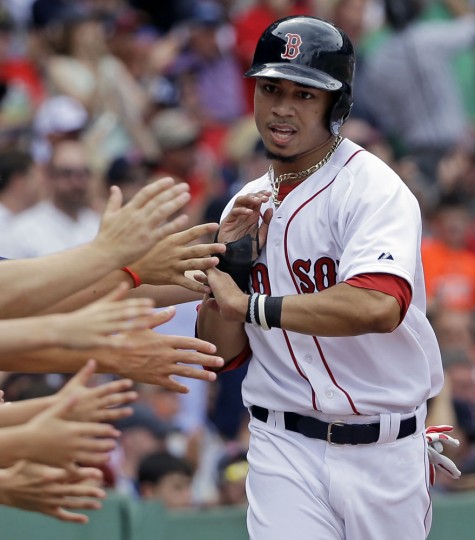 Fans reach out to congratulate Boston Red Sox’s Mookie Betts after he scored on a double by Xander Bogaerts in the seventh inning of a baseball game against the Baltimore Orioles at Fenway Park, Thursday, June 25, 2015, in Boston. (AP Photo/Elise Amendola) 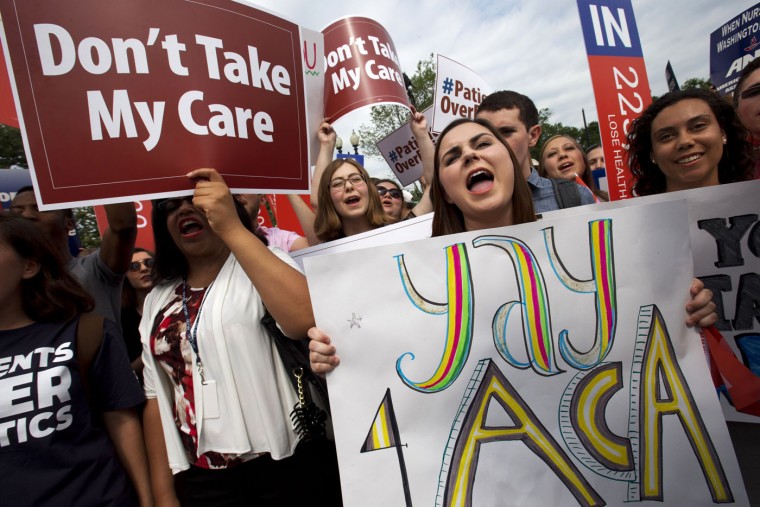 Jessica Ellis, right, holds a sign that says “yay 4 ACA,” as she and other supporters of the Affordable Care Act react with cheers as the opinion for health care is reported outside of the Supreme Court in Washington, Thursday June 25, 2015, in Washington. (AP Photo/Jacquelyn Martin) 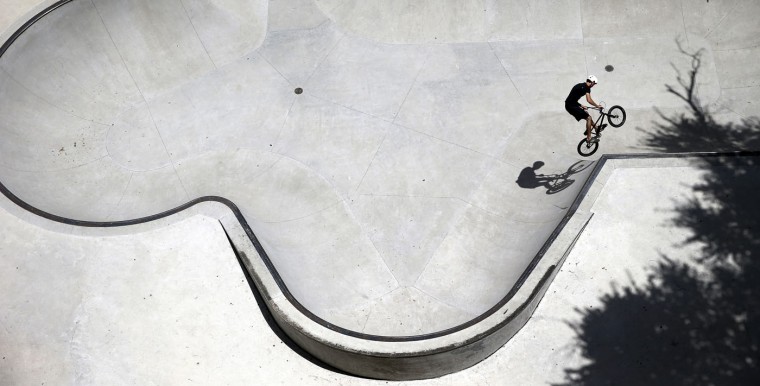 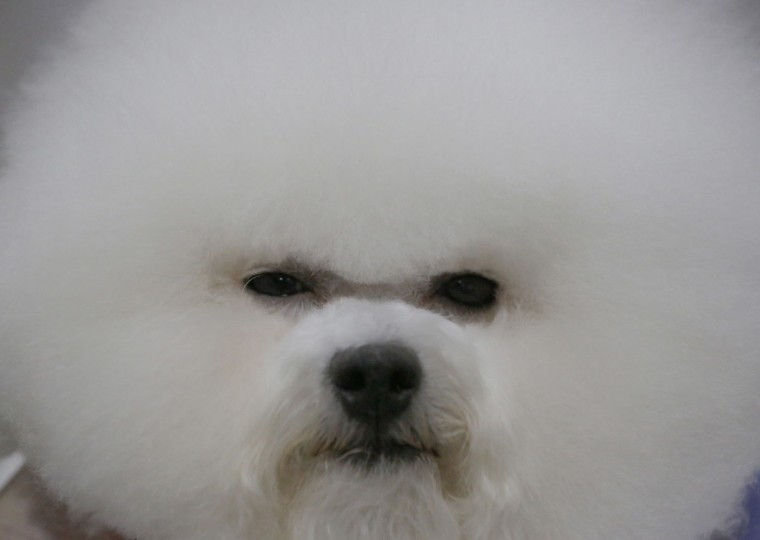 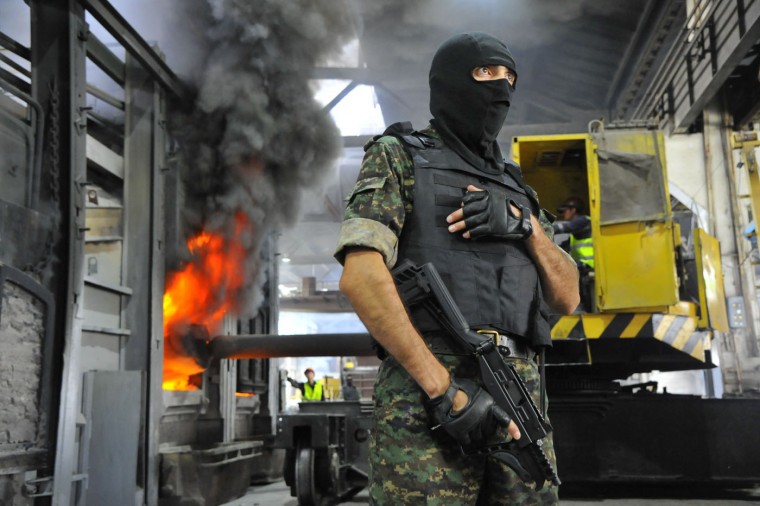 An Uzbekistan National Security Service officer stands guard, as drugs are burnt behind him, at a plant on the outskirts of Tashkent, Uzbekistan’s capital, Thursday, June. 25, 2015. Drug trafficking is on rise in Uzbekistan as Afghanistan significantly expanded opium growing areas. (AP Photo/ Anvar Ilyasov)

« Remembering the Korean War: A Baltimore camera in Korea » Remembering in Egypt, running horses in Spain, praying in Bangladesh | June 26