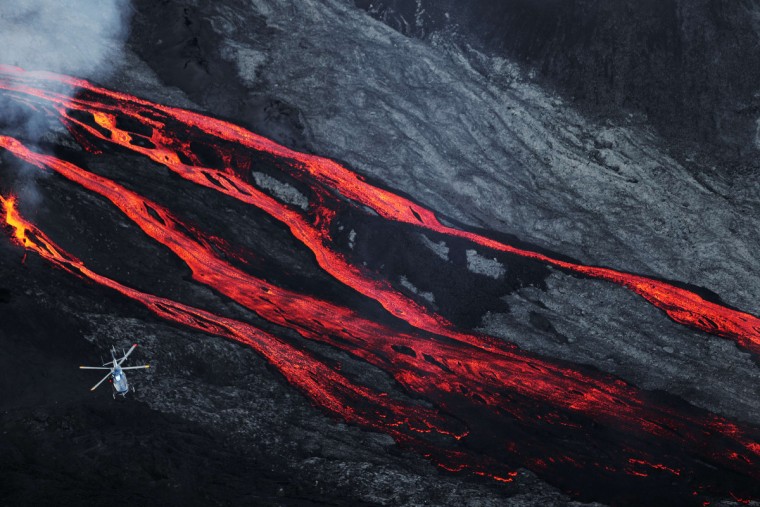 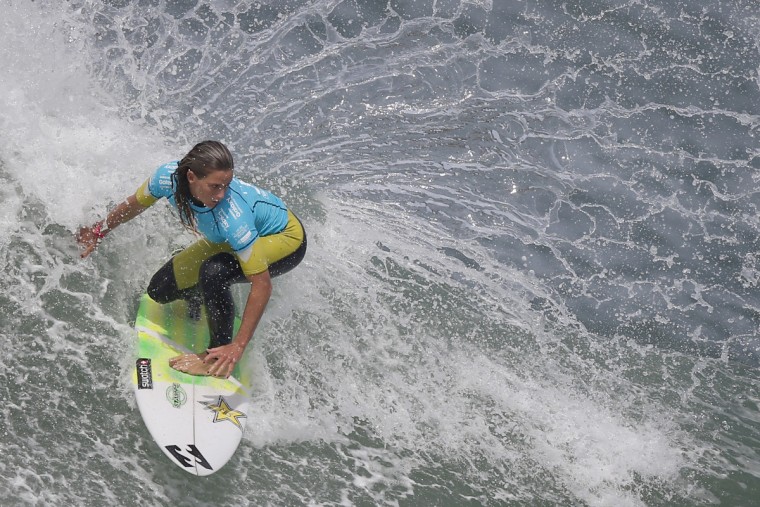 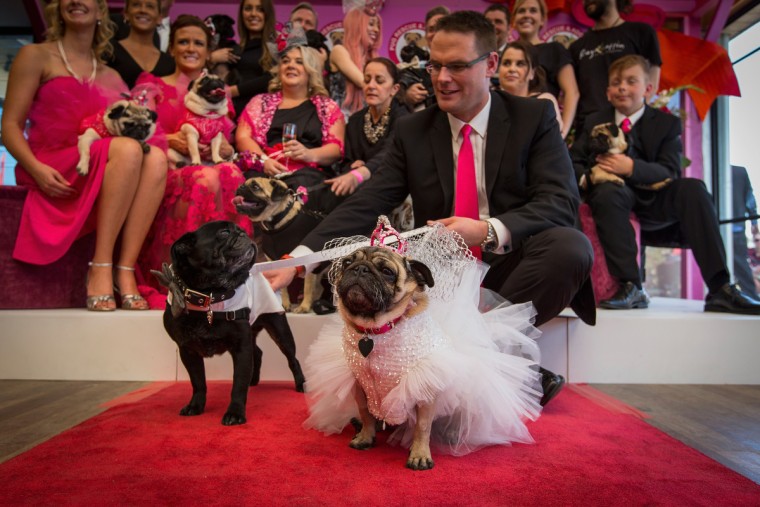 Rescued pugs, Jasper and Jasmine, with owner Matt Roe and the entire wedding party at the West Beach Bathers Pavilion on May 17, 2015 in Melbourne, Australia. The wedding is a fundraiser for Pug Rescue & Adoption Victoria, the organisation that rescued and rehabilitated Jasper and Jasmine in 2013. (Chris Hopkins/Getty Images) 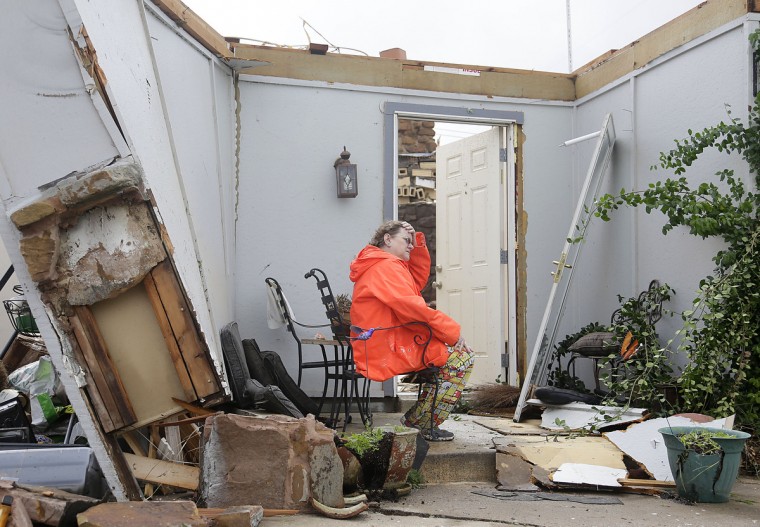 Carol Cole sits in front of her home in Broken Arrow, Okla., on Sunday, May 17, 2015, after a strong storm hit the area Saturday night and early Sunday morning, destroying the Cole’s home. Dangerous weather was centered in southwestern Oklahoma, where tornadoes touched down near Elmer and Tipton, National Weather Service forecaster Daryl Williams said. The most significant damage, according to Oklahoma emergency officials, was to homes, businesses and power lines. (Mike Simons/Tulsa World via AP) 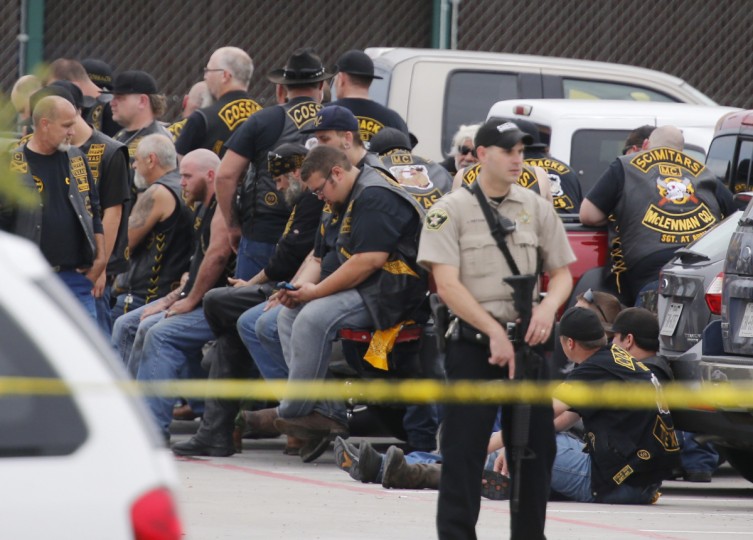 A McLennan County deputy stands guard near a group of bikers in the parking lot of a Twin Peaks restaurant Sunday, May 17, 2015, in Waco, Texas. Waco Police Sgt. W. Patrick Swanton told KWTX-TV there were “multiple victims” after gunfire erupted between rival biker gangs at the restaurant. (Rod Aydelotte/Waco Tribune-Herald via AP) 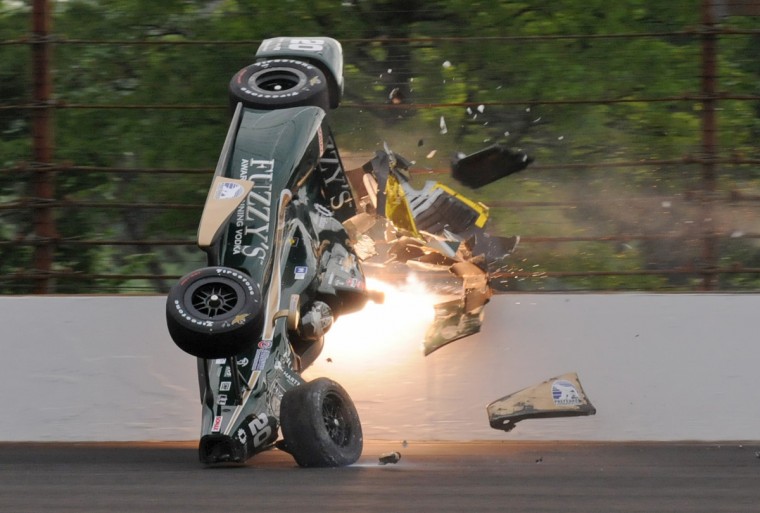 Ed Carpenter hits the wall in the second turn during practice before qualifications for the Indianapolis 500 auto race at Indianapolis Motor Speedway in Indianapolis, Sunday, May 17, 2015. Carpenter walked away from the crash and has been released from he track hospital after being checked. (AP Photo/Greg Huey) 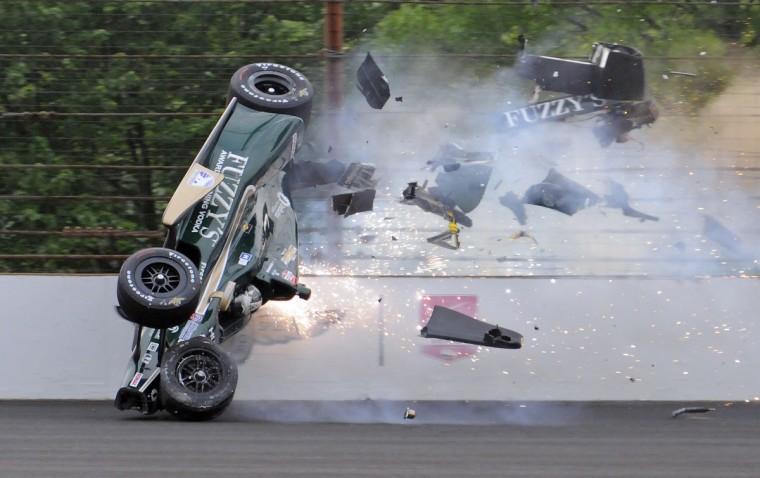 Ed Carpenter hits the wall in the second turn during practice before qualifications for the Indianapolis 500 auto race at Indianapolis Motor Speedway in Indianapolis, Sunday, May 17, 2015. Carpenter walked away from the crash and has been released from he track hospital after being checked. (AP Photo/Jamie Gallagher) 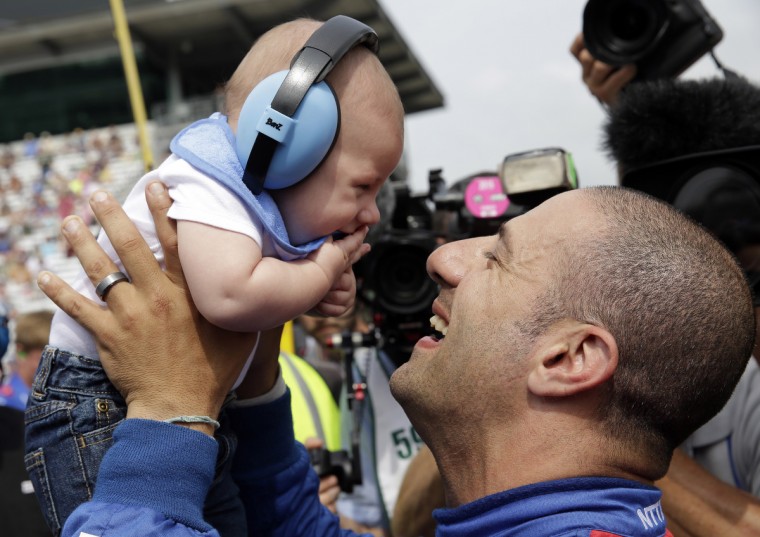 Tony Kanaan, of Brazil, picks up his son Deco after qualifying for the Indianapolis 500 auto race at Indianapolis Motor Speedway in Indianapolis, Sunday, May 17, 2015. (AP Photo/AJ Mast) 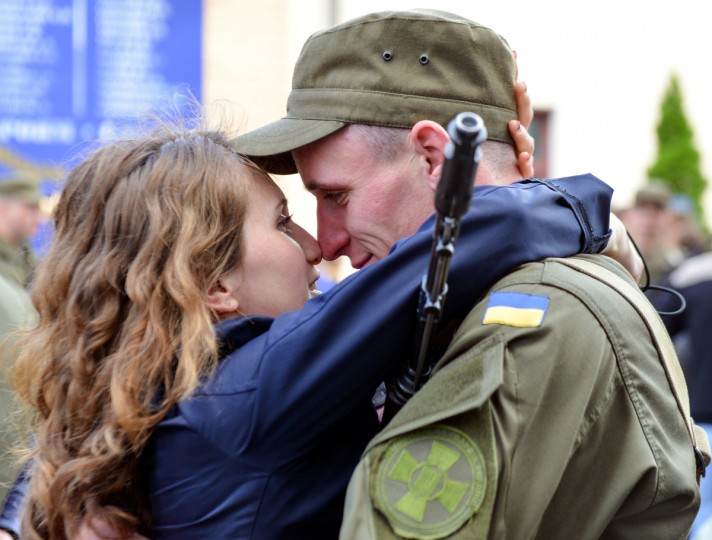 A serviceman of Ukrainian National Guard kisses his girlfriend after a ceremony of oath at the Academy of the National Guard in Kharkiv, on May 16, 2015. A Ukrainian soldier was killed and three were wounded in fighting between government forces and separatists in eastern Ukraine, the armed forces said. (Sergey Bobok/Getty Images) 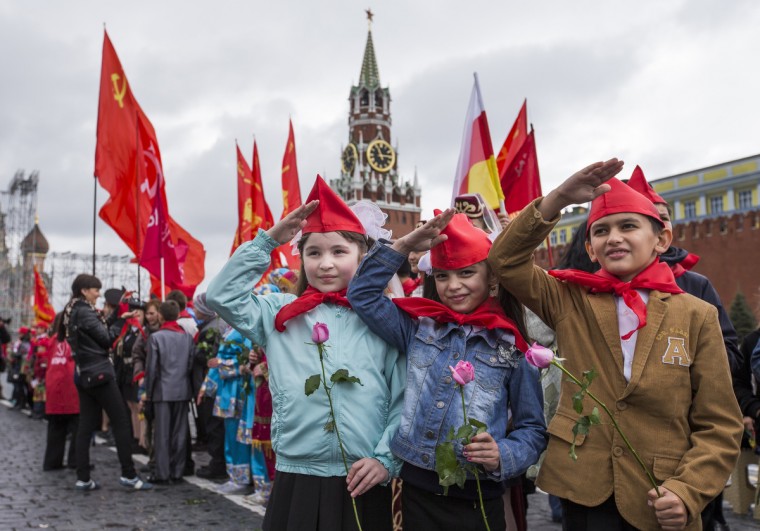 Girls and boys stand holding red neckerchiefs salute on Red Square, with the Historical Museum on the left, during a ceremony to celebrate joining the Pioneers organization, in Moscow, Russia, Sunday, May 17, 2015. Pro-Communist Russians try to preserve the Young Pioneers, which used to be the Communist league for pre-teens in the Soviet Union. (AP Photo/Alexander Zemlianichenko Jr.) 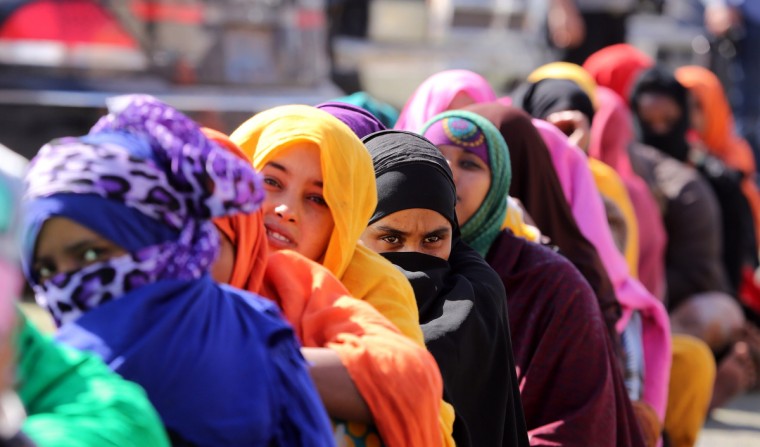 Female migrants from sub-Saharan Africa sit waiting at a detention center on May 17, 2015 in the capital Tripoli, after they were arrested in Tajoura, east of Tripoli before boarding boats in order to reach Europe, said the Libyan authorities in charge of fighting illegal immigration. (Mahmud Turkia/Getty Images) 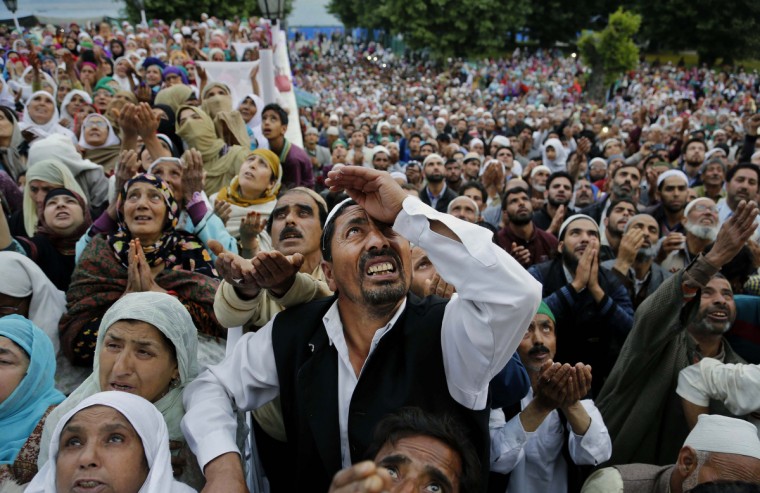 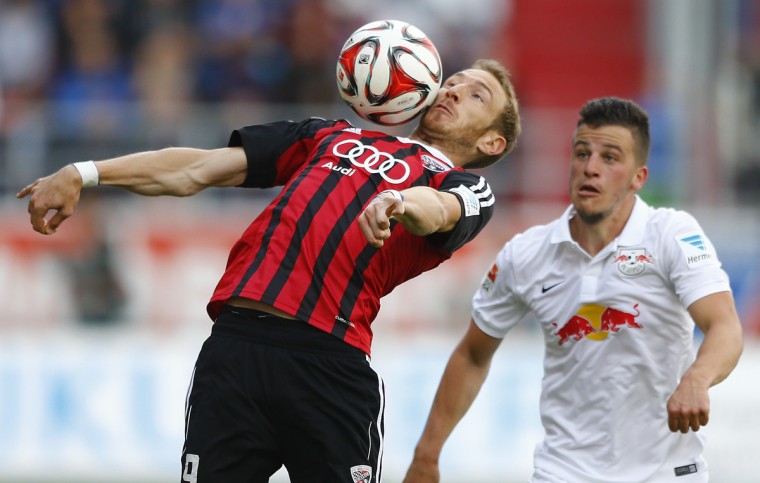 Ingolstadt’s Moritz Hartmann, left, and Leipzig’s Diego Demme challenge for the ball during the German second division Bundesliga soccer match between FC Ingolstadt and RB Leipzig at the Audi Sportpark in Ingolstadt, Germany, on Sunday, May 17, 2015. (AP Photo/Matthias Schrader) 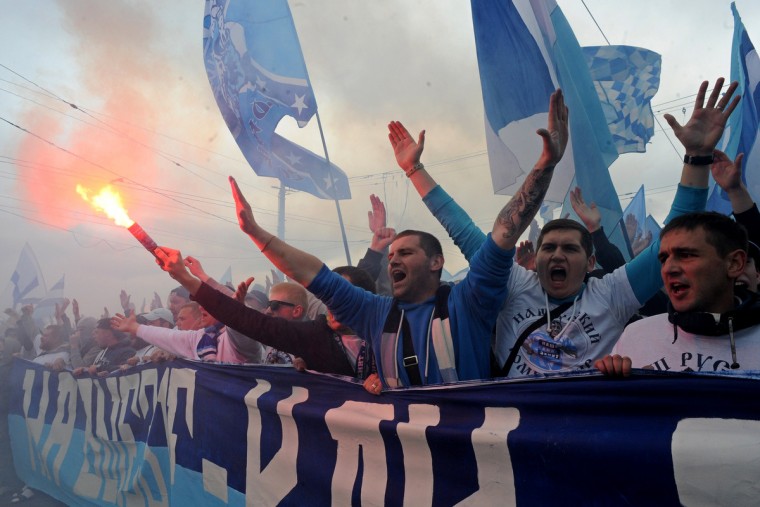 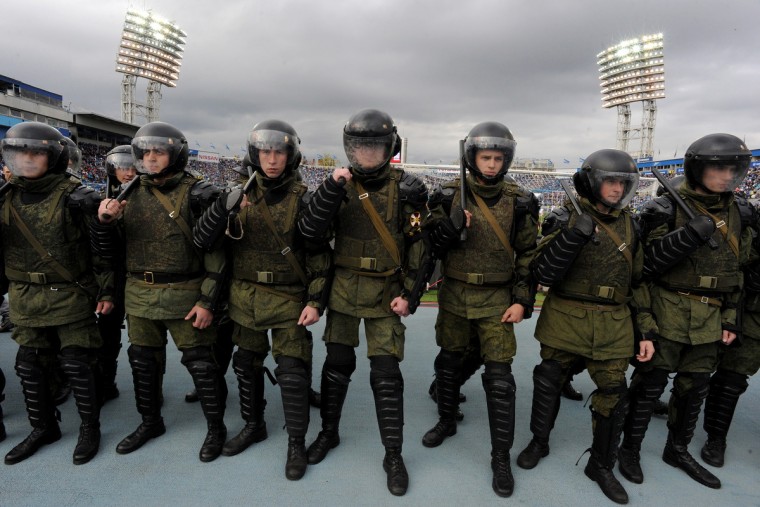 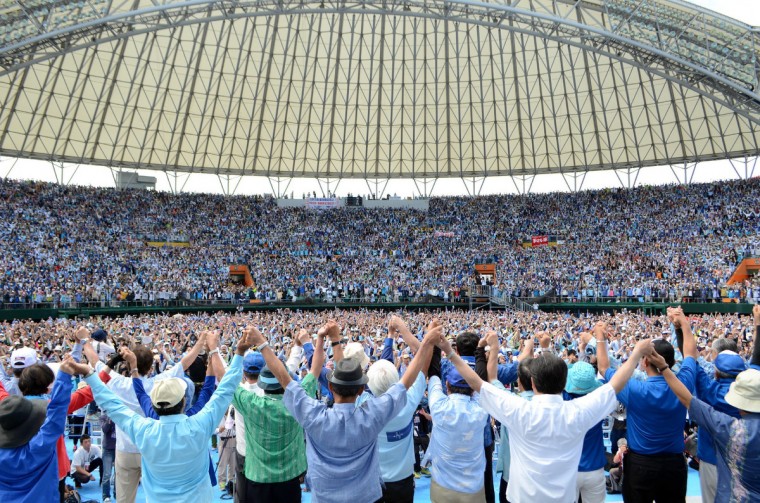 Some 35,000 protesters raise their hands during a rally to protest against a controversial US airbase in Naha in Japan’s southern island of Okinawa on May 17, 2015. Futenma US airbase has become emblematic of that ill-will since Washington announced plans to move it in 1996, hoping to ease tensions with the host community after the gang-rape of a schoolgirl by servicemen. But locals have blocked the move to relocate the base, insisting the facility should go off-island instead, harming relations between Tokyo and Okinawa — a once independent kingdom that was annexed by Japan in the 19th century. (Jiji Press/Getty Images) 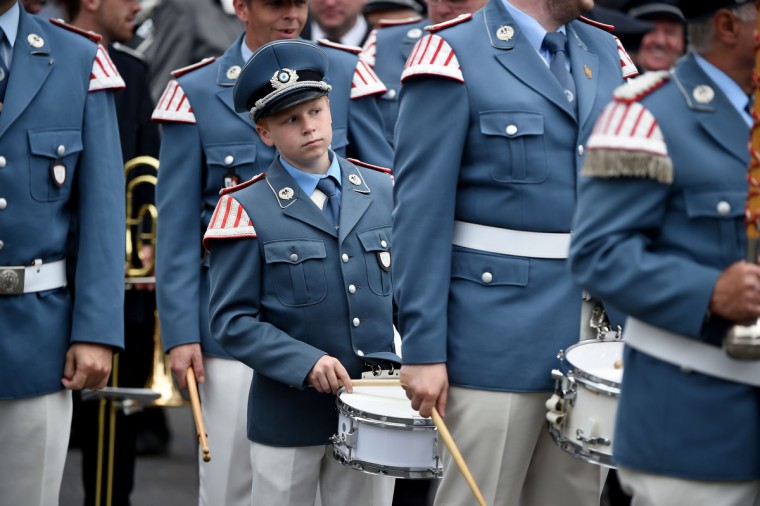 Marksmen attend a parade during a traditional marksmen festival (Schuetzenfest) in Duesseldorf, western Germany on May 17, 2015. (Patrik Stollarz/Getty Images) 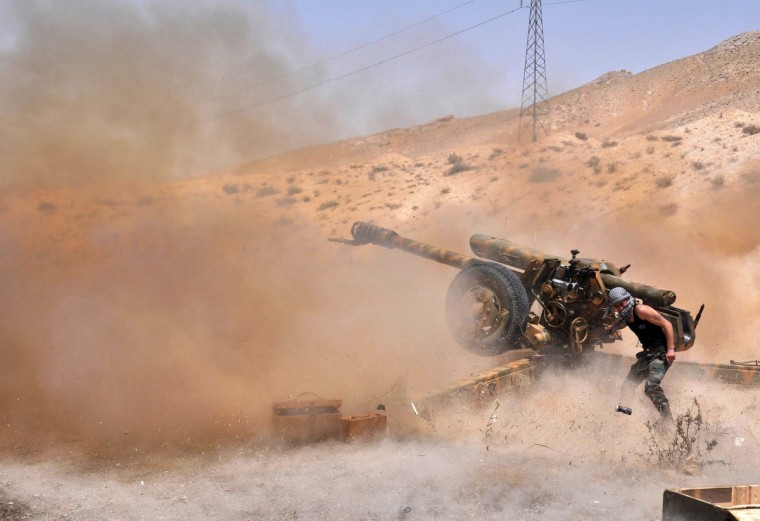 A Syrian army soldier fires artillery shells towards Islamic State (IS) group jihadists in northeastern Palmyra on May 17, 2015. Syrian troops pushed IS group jihadists back from the ancient city of Palmyra, easing fears over the world heritage site, after fighting that left hundreds dead. (Getty Images) 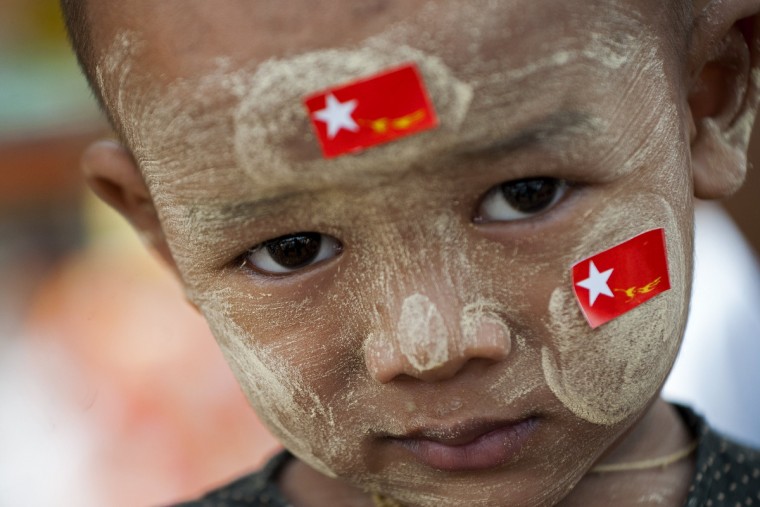 A child looks on as supporters of Myanmar opposition leader Aung San Suu Kyi attend a public gathering at Than Phyu Zayat township in Mawlamyaing, Mon State on May 17, 2015. (Ye Aung Thu/Getty Images) 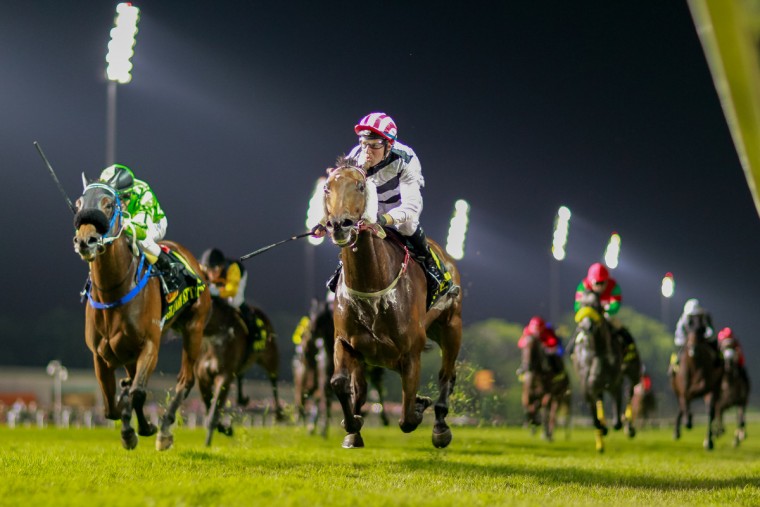 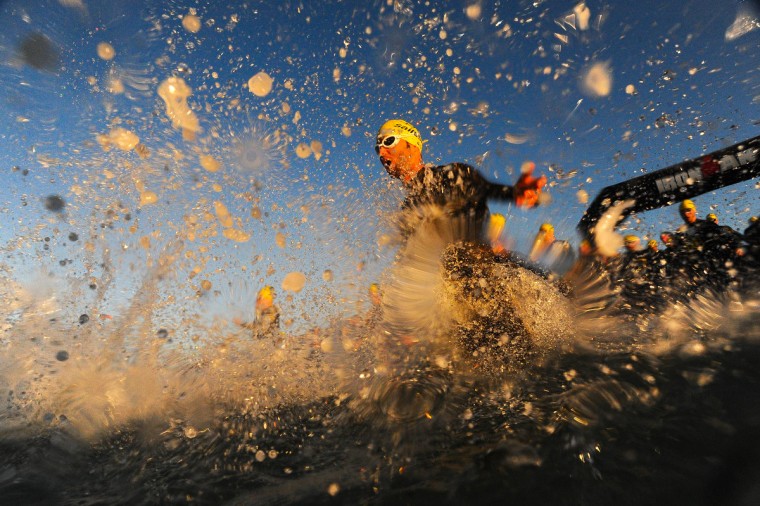 Competitors enter the water during Ironman 70.3 on May 17, 2015 in Barcelona, Spain. (David Ramos/Getty Images for Ironman) 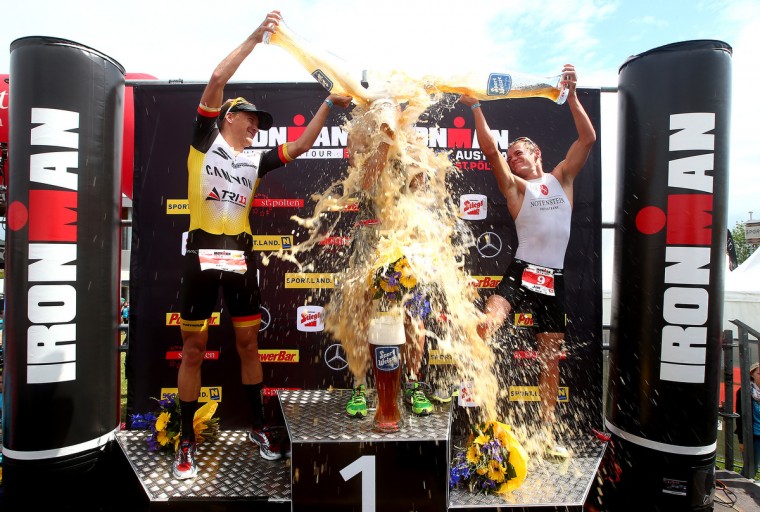