Ping pong in Jiangsu, Universal Exposition, May Day demonstrations | May 1 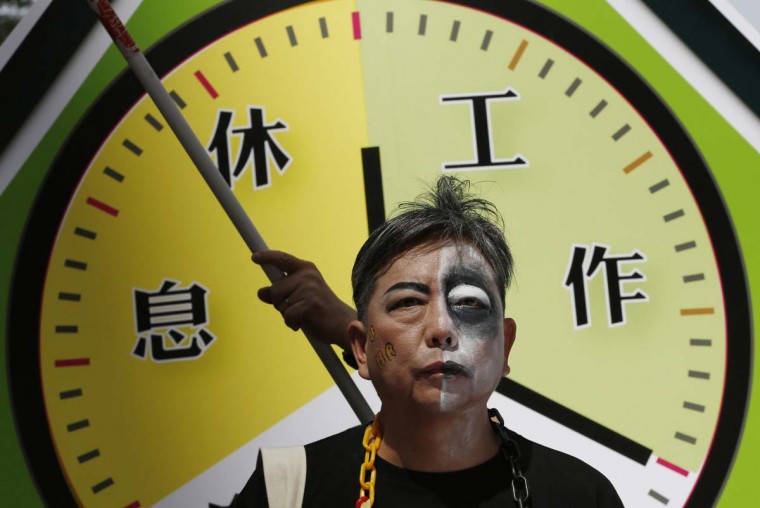 A protester with half of his face painted as a zombie is seen in front of a mock clock divided into “rest,” left, and “work,” right, during a march to mark May Day in Hong Kong Friday, May 1, 2015. Hundreds of protesters from various labor unions staged a rally to demand better workers’ rights and call for standard working hours. || CREDIT: KIN CHEUNG – AP PHOTO 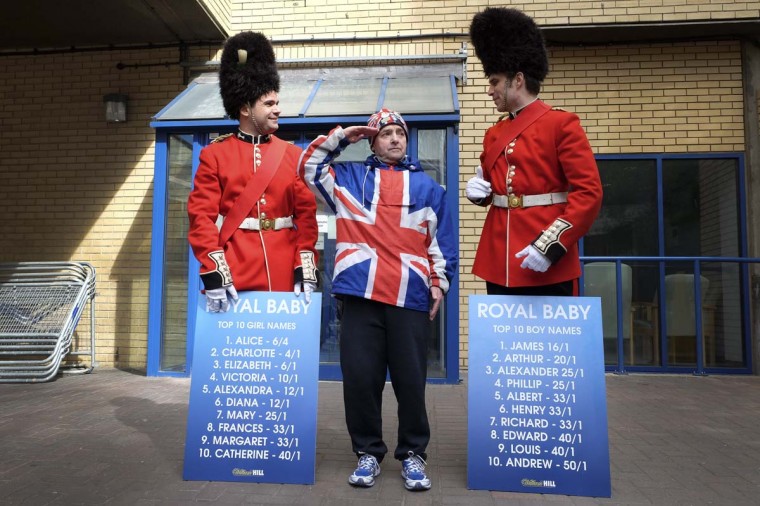 Royal supporter John Loughrey, centre, salutes as he stands with men dressed as soldiers carrying boards with proposed baby names on, outside the Lindo Wing of St Mary’s Hospital in London, Friday, May 1, 2015. Kate, The Duchess of Cambridge is due to give birth at the hospital in the next few days. || CREDIT: KIRSTY WIGGLESWORTH – AP PHOTO 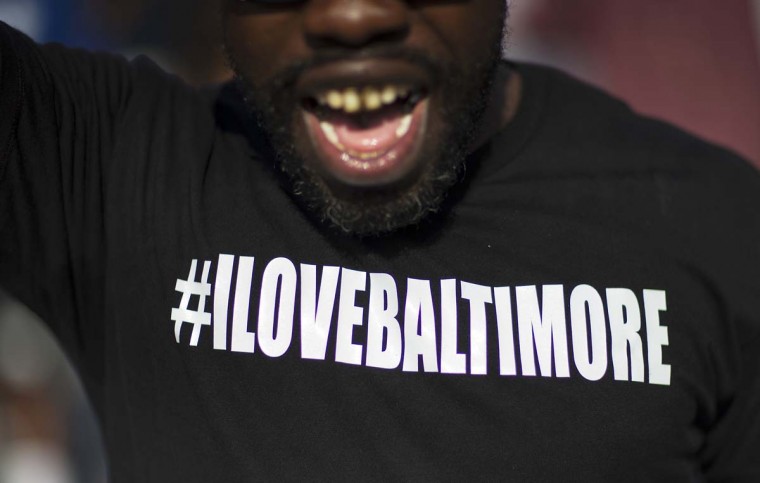 A message reading “I Love Baltimore” is written across a T-Shirt worn by Rashid Scott as he marches with protesters toward City Hall to demonstrate the police-custody death of Freddie Gray, Thursday, April 30, 2015, in Baltimore. Related gallery: Nationwide protests for Freddie Gray || CREDIT: DAVID GOLDMAN – AP PHOTO 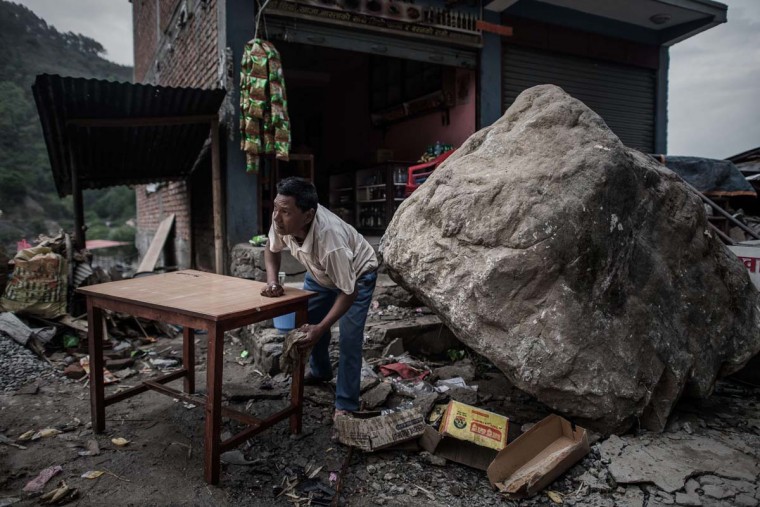 A Nepalese man washes a table alongside a rock which fell outside his shop in Melamchi, a rural area made of rice-farming communities in central Sindhupalchok district on May 1, 2015. Desperate survivors living at ground zero of Nepal’s earthquake complained they felt abandoned to their fate after losing their loved ones and livelihoods in a disaster that has claimed more than 6,300 lives. || CREDIT: PHILIPPE LOPEZ – AFP/GETTY IMAGES 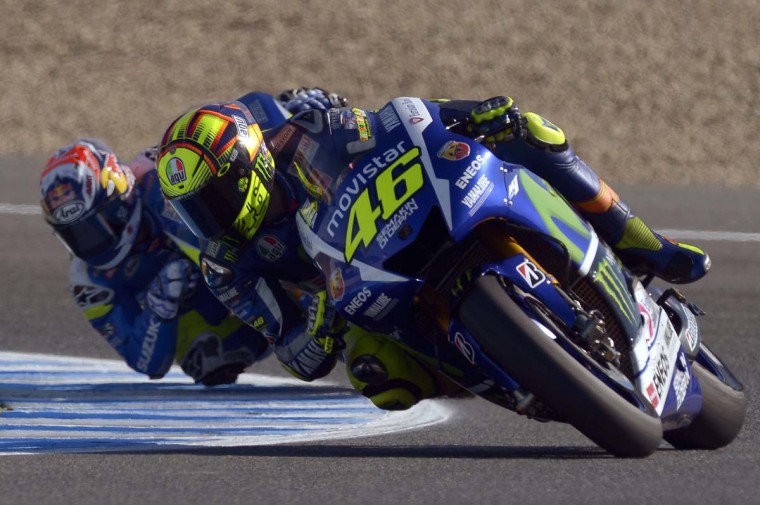 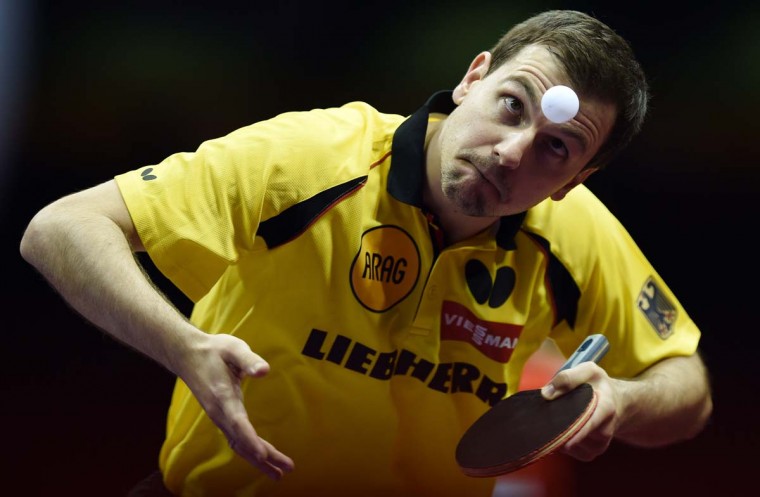 Boll Timo of Germany serves during his men’s singles match against Wong Chun Ting of Hong Kong at the 2015 World Table Tennis Championships at the Suzhou International Expo Center in Suzhou, Jiangsu province on May 1, 2015. || CREDIT: JOHANNES EISELE – AFP/GETTY IMAGES 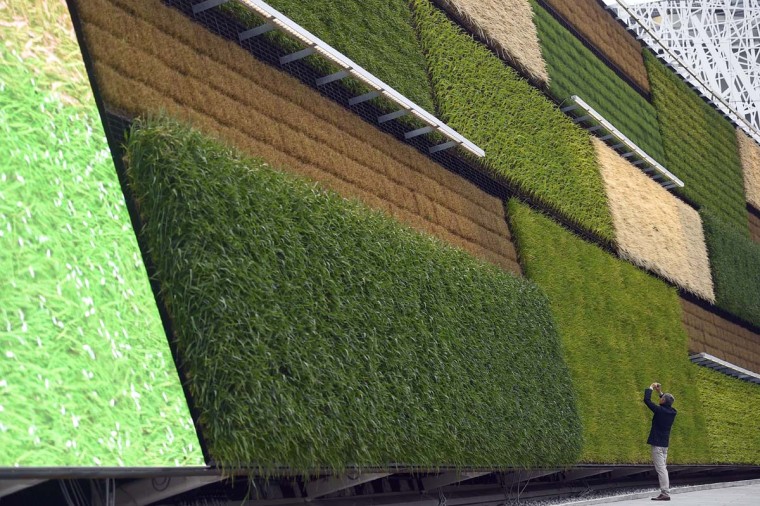 A man takes a picture of the Pavillion of Israel in the Expo Milano 2015 in Milan on May 1, 2015 on the opening day of the Universal Exposition. The exposition will run from May 1, 2015 to October 31, 2015 on the theme of Feeding the Planet, Energy for Life. The fair focuses on food security, sustainable agricultural practices, nutrition and battling hunger – as well as dishing out the best fare of the world’s culinary cultures. Cooking shows, restaurants, and food stalls will be designed to attract and hold visitors in Italy’s financial capital. || CREDIT: OLIVIER MORIN – AFP/GETTY IMAGES 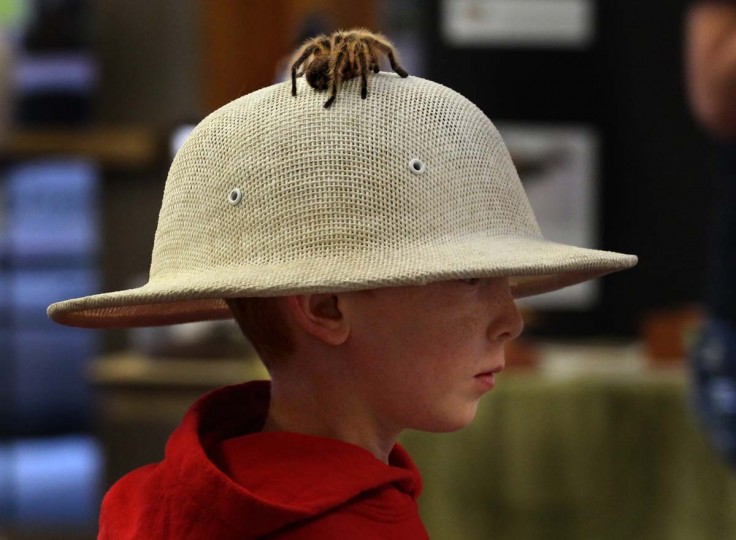 First grader Rydge Tibbett walks around wearing a pith helmet with a rose-haired tarantula on it at a presentation on the unusual powers of exotic animals in Marshfield, Wisc., Thursday, April 30, 2015. (Dan Young/The Marshfield News-Herald via AP) 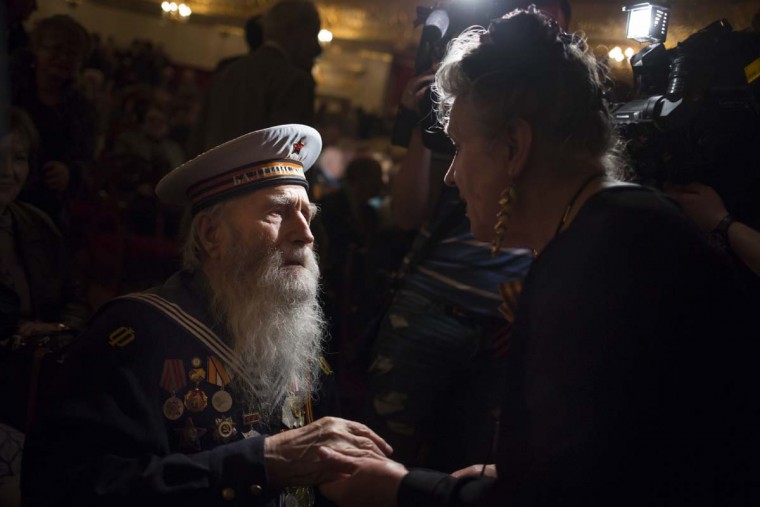 Georgy Shirokov, 91, Russian veteran of WWII and former sailor of the Baltic Fleet, left, is helped by a Bolshoi Theater employee to take his seat prior to a concert celebrating the 70th anniversary of victory in WWII, in Moscow, Russia, Friday, May 1, 2015. || CREDIT: ALEXANDER ZEMLIANICHENKO – AP PHOTO 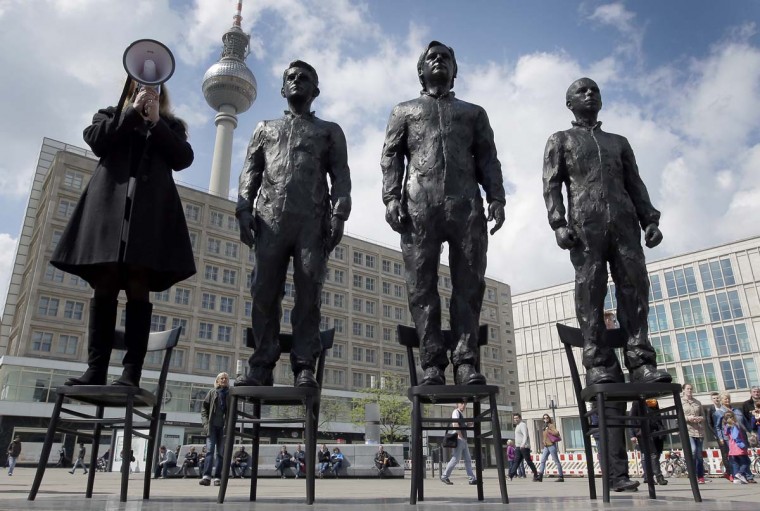 A women delivers a speech as she stands on a chair of the public art project “Anything to Say?” at the Alexander Square in Berlin, Germany, Friday, May 1, 2015. The sculpture of the Italian artist Davide Dormino shows the whistleblowers Chelsea Manning, Julian Assange and Edward Snowden, from right, to honour their courage. || CREDIT: MICHAEL SOHN – AP PHOTO

« The signs of the Baltimore protests » Nationwide protests for Freddie Gray