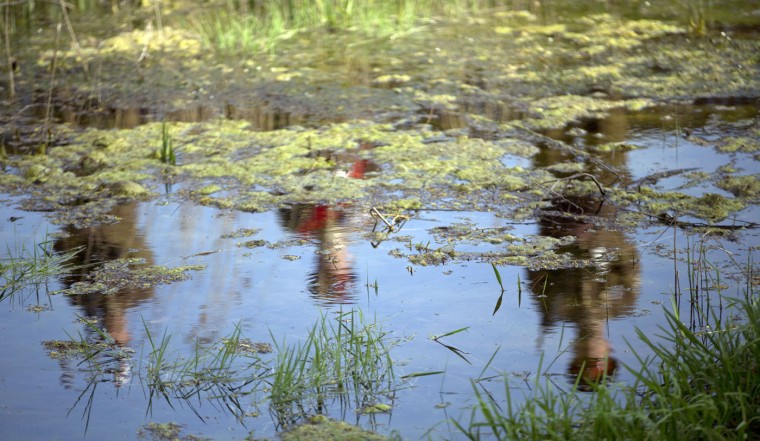 British soldiers are reflected in a pond during a World War I reburial ceremony at Prowse Point cemetery in Ploegsteert, Belgium on Thursday, April 16, 2015. Six British unknown soldiers were buried Thursday more than 100 years after they fell in 1914. Two were identified as from the Lancashire Fusiliers and two from the King’s Own Royal Lancaster Regiment. (AP Photo/Virginia Mayo) 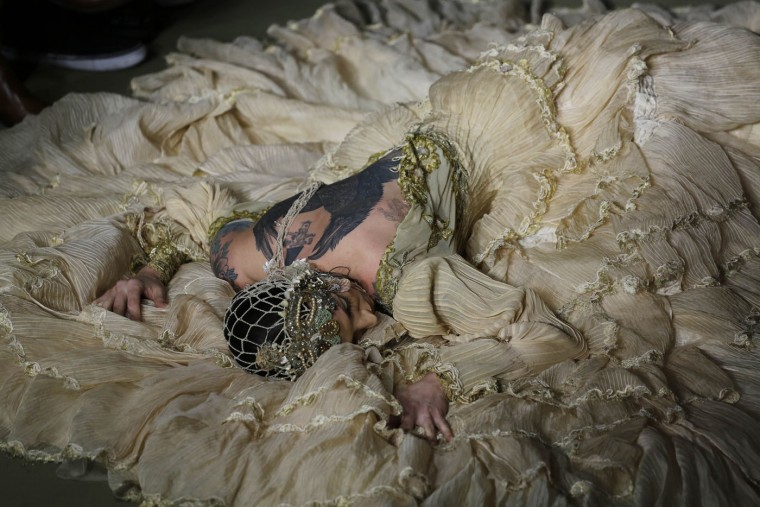 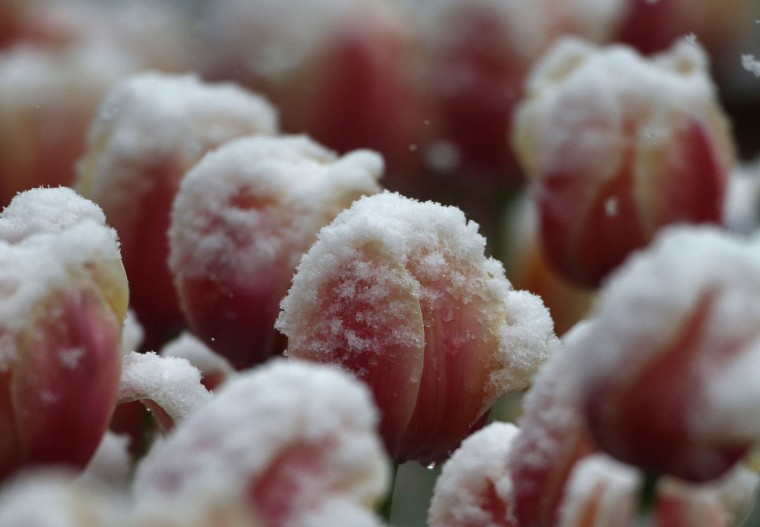 Snow falls on flowers after the arrival of a spring storm, in Boulder, Colo., Thursday, April 16, 2015. The storm moving slowly across Colorado is expected to dump more than 2 feet of snow in parts the mountains by the end of Friday. (AP Photo/Brennan Linsley) 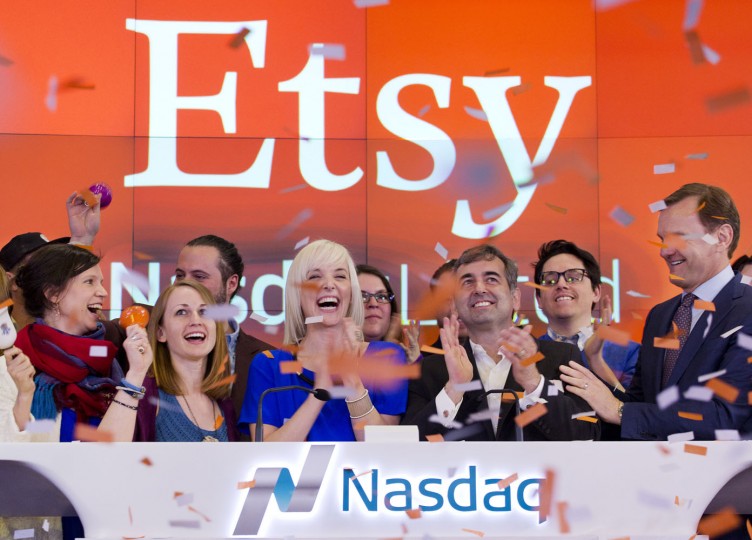 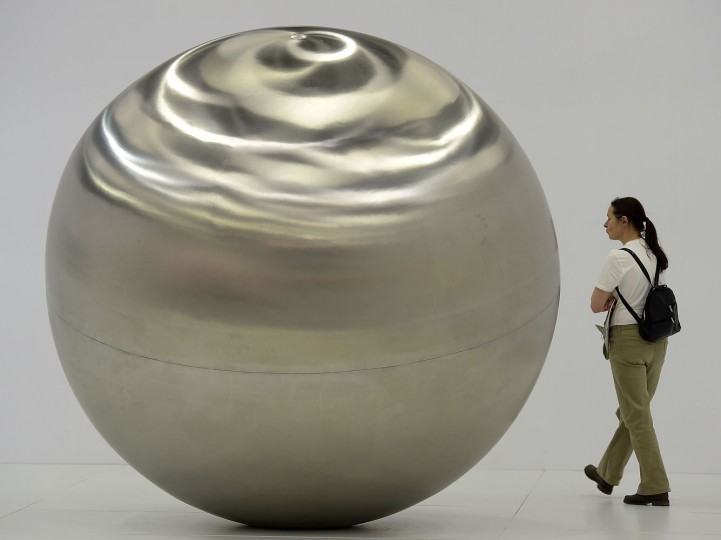 A woman walks around an artwork by artist Ernst Hermanns at the art fair in Cologne, Germany, Thursday, April 16, 2015. (AP Photo/Martin Meissner) 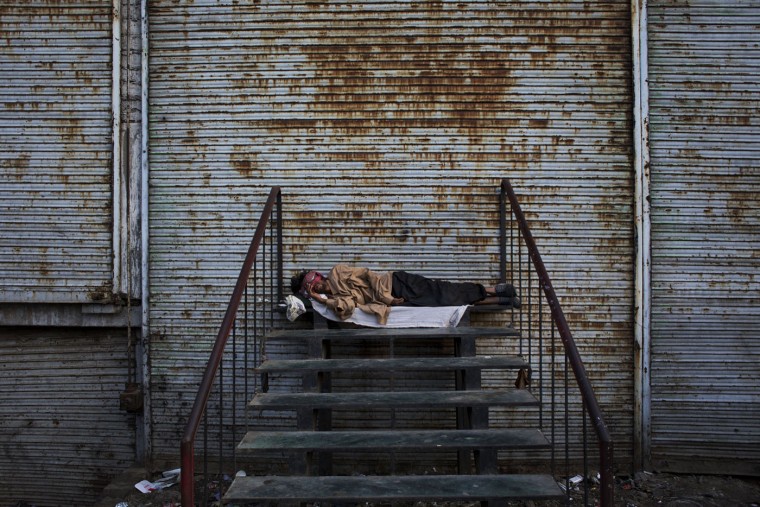 A homeless man sleeps outside shops with their shutter down New Delhi, India, Thursday, April 16, 2015. The International Monetary Fund (IMF) and the World Bank have forecast India’s growth to rise up to 7.5 per cent next fiscal, overtaking China as the fastest growing emerging economy in 2015-16. (AP Photo/Bernat Armangue) 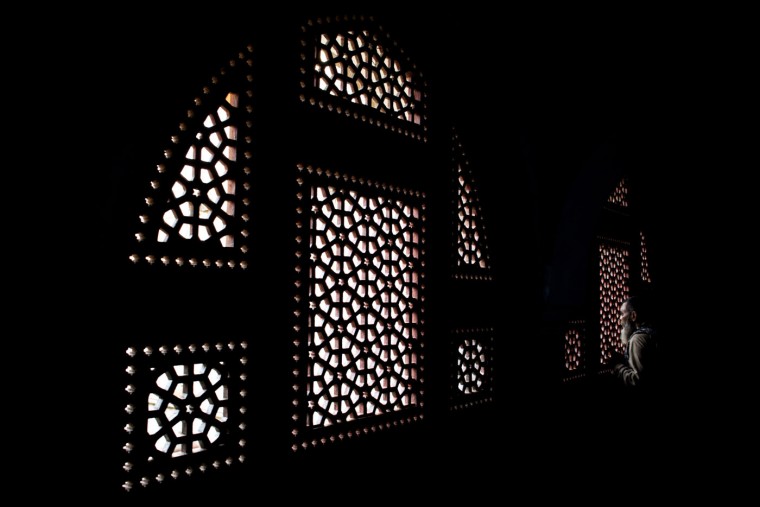 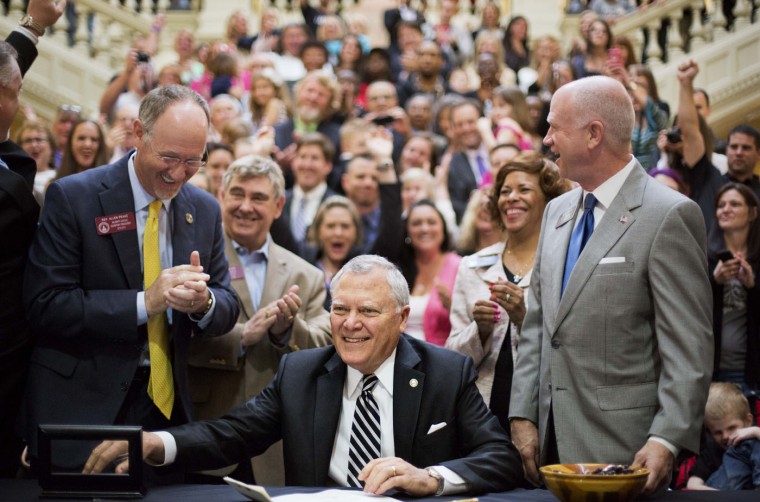 Georgia Gov. Nathan Deal, center, smiles after signing a medical marijuana bill into law as the bill sponsor, Rep. Allen Peake, R-Macon, left, looks on along with Sen. Butch Miller, R-Gainesville, right, during a ceremony at the Statehouse, Thursday, April 16, 2015, in Atlanta. The bill makes Georgia the 38th state to have one and legalizes possession of cannabis oil for treatment of certain medical conditions. (AP Photo/David Goldman) 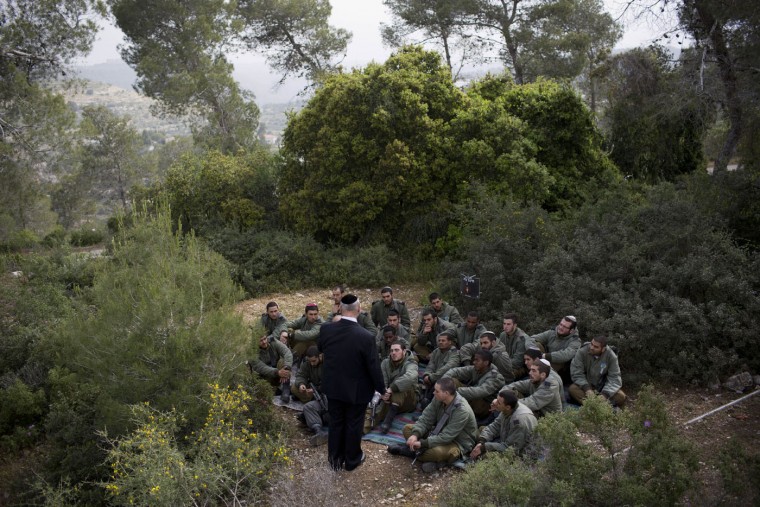 Moshe Eshkenazi, tells Israeli border police officers the story of his grandfather Moshe Pesach, rabbi of the Jewish community in Volos during World War II who saved more than one thousand Jews, during a ceremony marking the annual Holocaust remembrance day in the Martyr’s forest near Moshav Kesalon, in central Israel, Thursday, April 16, 2015. Sirens sounded across Israel on Thursday morning, bringing life to a standstill as millions of Israelis observed a moment of silence to honor the memory of the 6 million Jews killed in the Nazi Holocaust during World War II. (AP Photo/Oded Balilty) 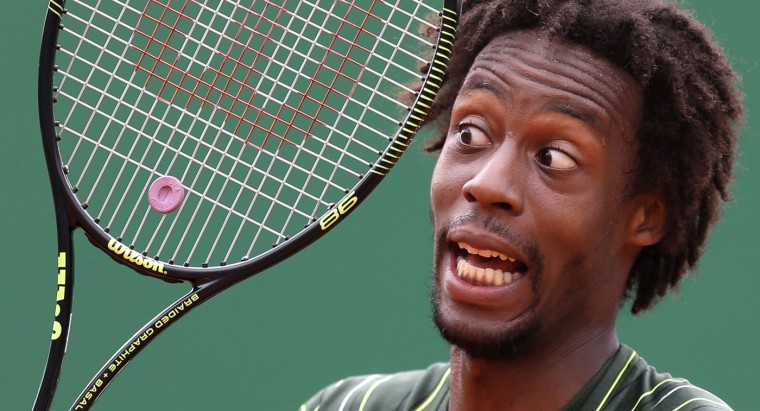 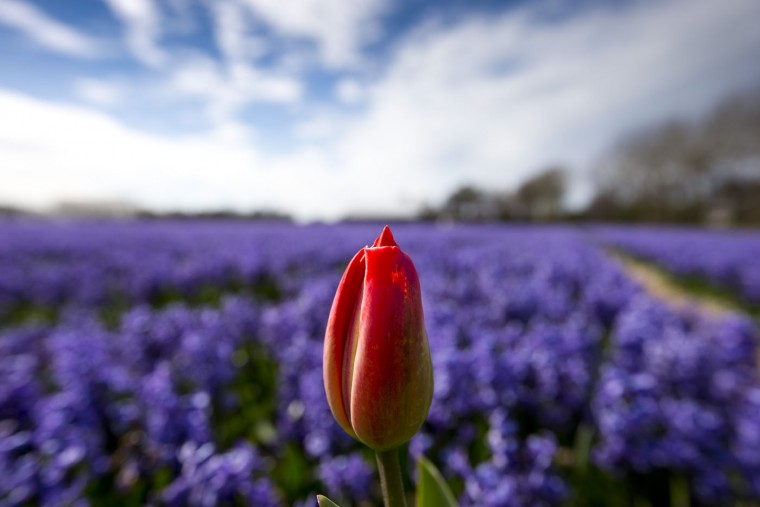 A lone tulip sprouts up in a field of blossoming hyacinths near Lisse, Netherlands, Thursday, April 16, 2015. Flowers are left to blossom in the field to harvest the bulbs, one of the country’s well known export products. (AP Photo/Peter Dejong) 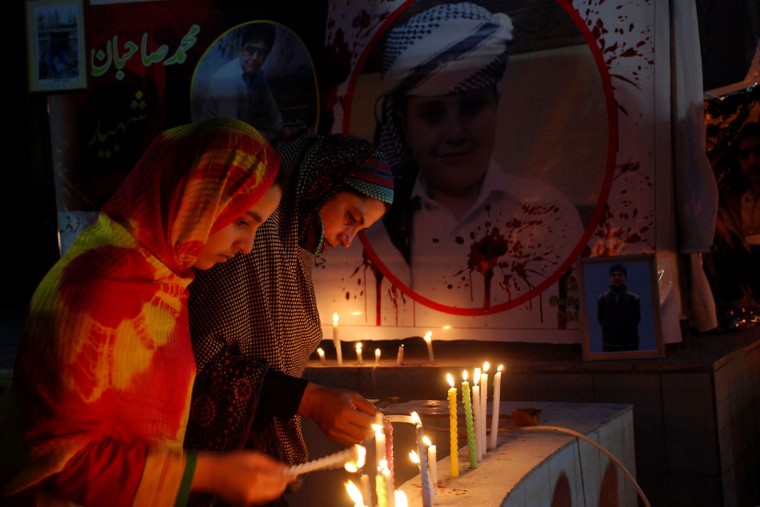 Family members of slain students, light candles to pay tribute to students and others who were killed in an attack on a school last year by Taliban gunmen and registered their protest against slow investigation, in Peshawar, Pakistan, Thursday, April 16, 2015. Pakistani Taliban militants attacked an army-run school in Peshawar, killing 150 people, mostly children. (AP Photo/Mohammad Sajjad) 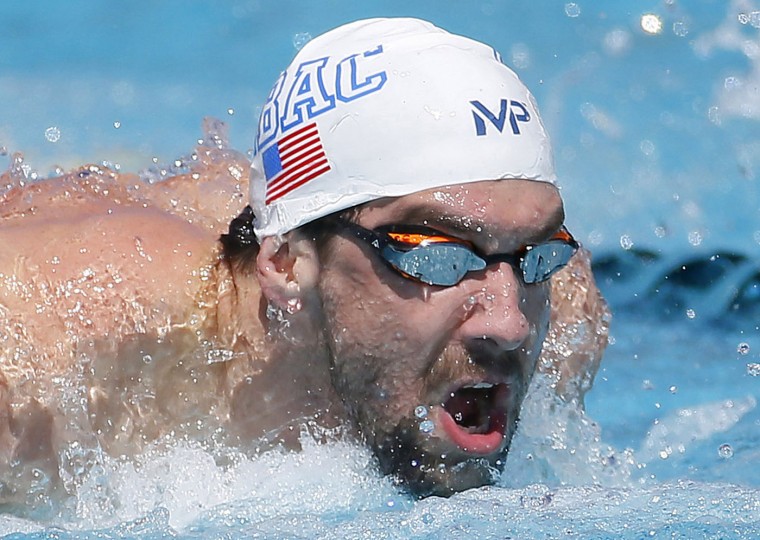 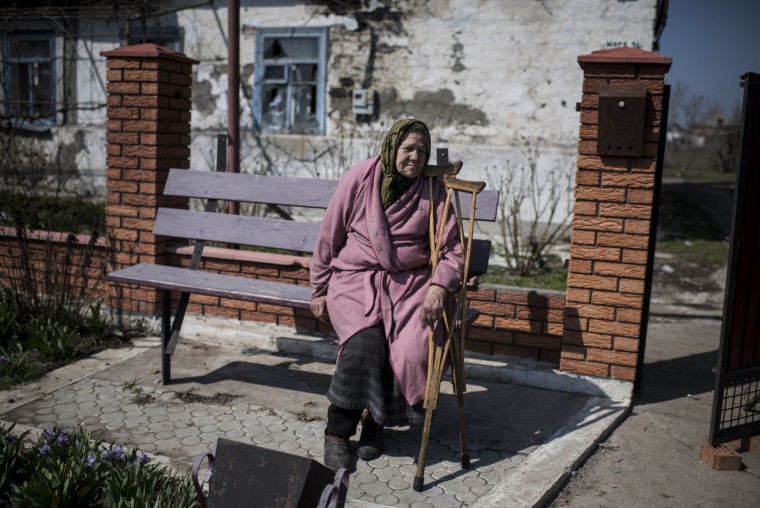 An elderly woman sits in front of her damaged house in the village of Shyrokyne, eastern Ukraine, Thursday, April 16, 2015. Shyrokyne, a village on the Azov Sea that has been the epicenter of recent fighting, has changed hands repeatedly throughout the conflict. (AP Photo/Evgeniy Maloletka) 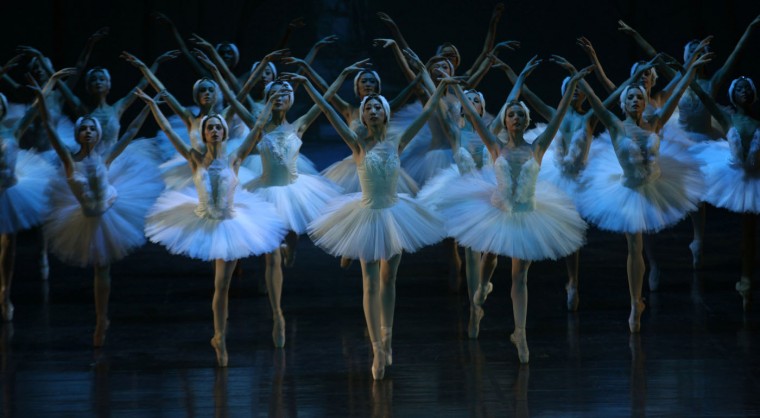 Dancers of the Joburg Ballet and the Liaoning Ballet of China company take part in a final dress rehearsal, in Johannesburg, South Africa, Thursday, April 16, 2015 ahead of a two week run of performances of “Swan Lake” which gets under way at the Joburg Theater Friday. (AP Photo/Denis Farrell) 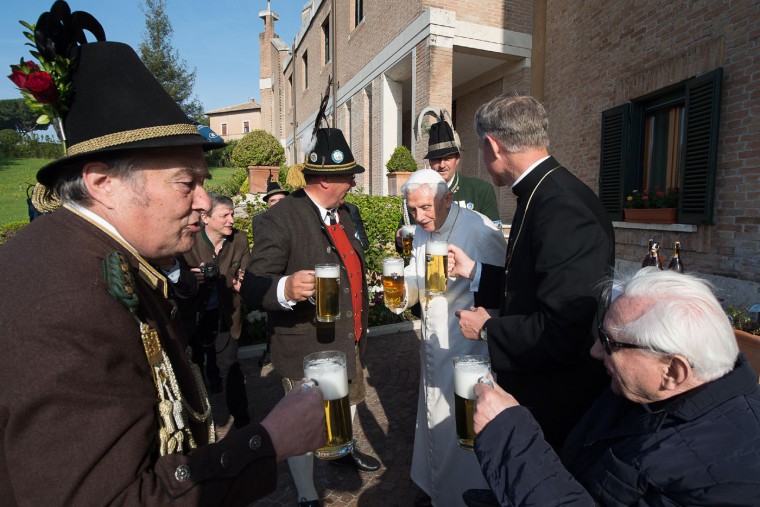 Pope Emeritus Benedict XVI, third from right, toasts for his 88th birthday with his brother Georg Ratzinger, right, Monsignor Georg Gaenswein, second from right, and members of a group from his hometown Bavaria region, in the Vatican gardens, Thursday, April 16, 2015. (LOsservatore Romano/Pool Photo via AP)

« From the Vault: The road to Neunburg » Portraits of the homeless in Rio