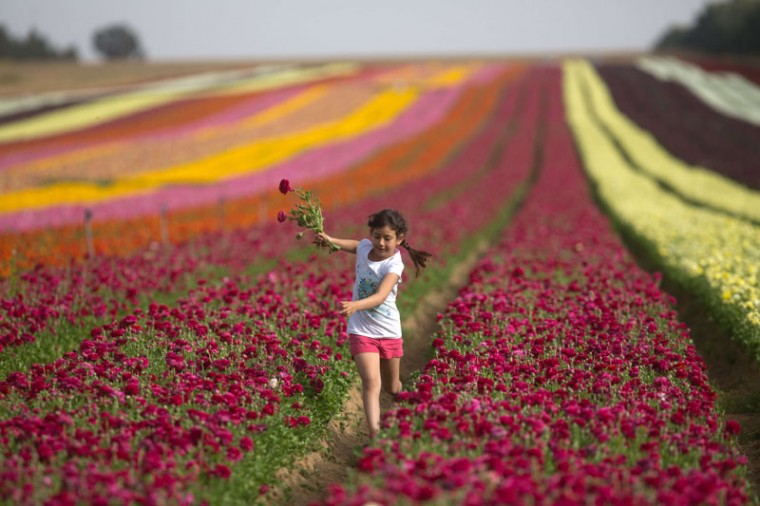 An Israeli girl picks Ranunculus flowers in a cultivated field in the southern Israeli Kibbutz of Nir Yitzhak, located along the Israeli-Gaza Strip border, on Monday. The flower bulbs will be mostly exported to Europe. (MENAHEM KAHANA/AFP/Getty Images) 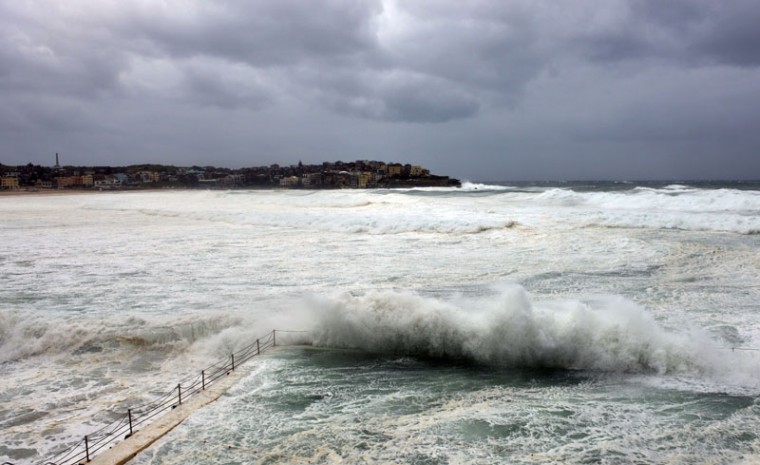 Heavy seas are whipped up by strong winds at Bondi Beach in Sydney on Tuesday. Three people died as Sydney and surrounding areas were lashed by wild weather with trees felled, power cuts hitting thousands of homes and sand drifts sweeping inland off the iconic Bondi beach. (PETER PARKS/AFP/Getty Images) 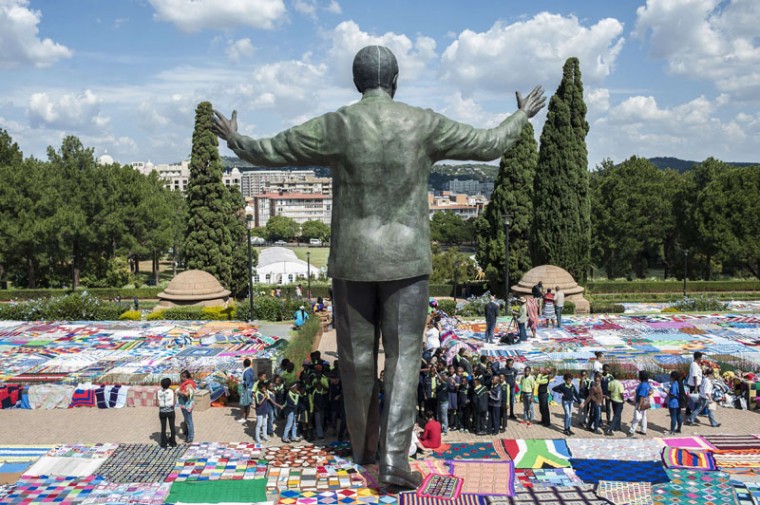 Children gather around a statue of late South African President Nelson Mandela next to blankets collected for the 67 Blankets for Nelson Mandela Day project at the Union Buildings in Pretoria on Tuesday The 67 Blankets project aims to set a new Guinness World Record for the most square meters covered in blankets. (STEFAN HEUNIS/AFP/Getty Images) 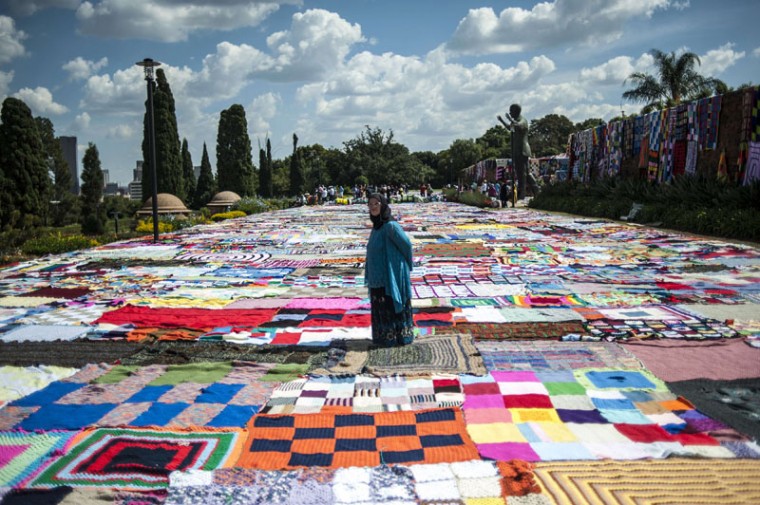 A woman stands among the blankets gathered for the 67 Blankets for Nelson Mandela Day project at the Union Buildings in Pretoria on April 21. The 67 Blankets project aims to set a new Guinness World Record for the most square meters covered in blankets. (STEFAN HEUNIS/AFP/Getty Images) 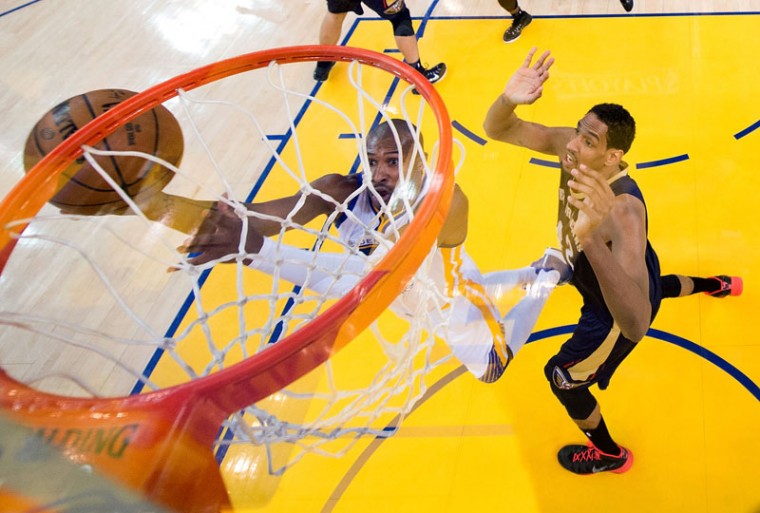 Leandro Barbosa #19 of the Golden State Warriors goes in for a layup over Alexis Ajinca #42 of the New Orleans Pelicans in the first half during the first round of the 2015 NBA Playoffs at ORACLE Arena on Monday in Oakland, California. (Thearon W. Henderson/Getty Images) 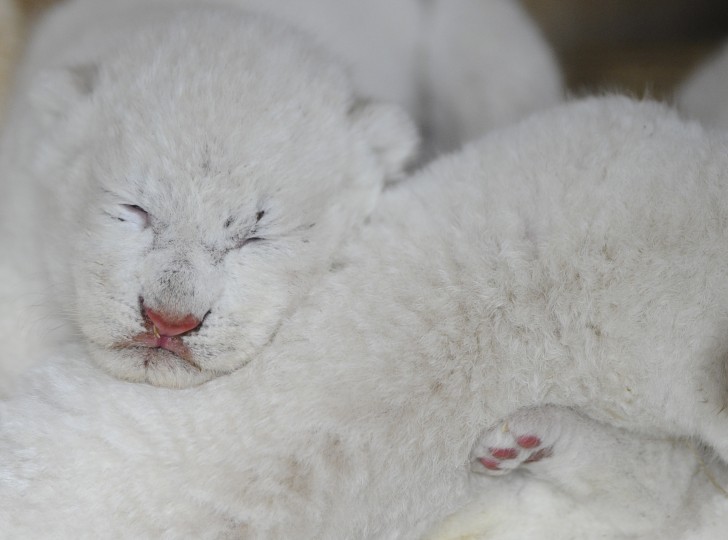 Newborn white lion cubs are pictured with their mother at the zoological park of the eastern French city of Amneville on Friday. (JEAN-CHRISTOPHE VERHAEGEN/AFP/Getty Images) 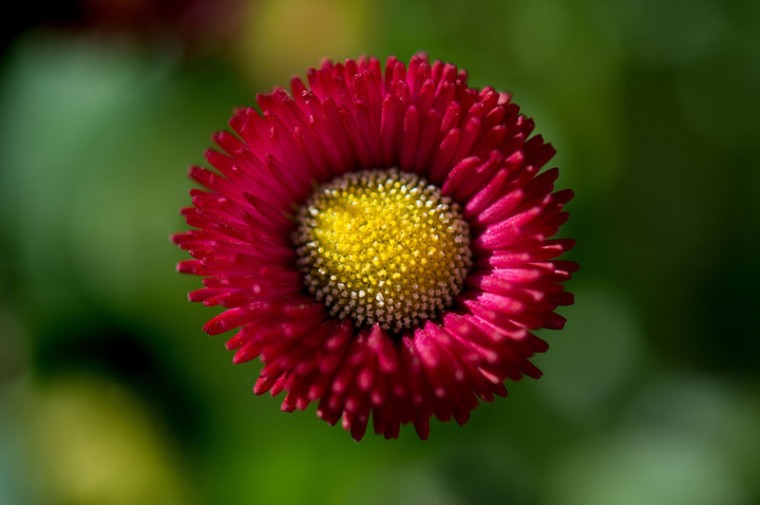 A flower is pictured on Tuesday in Dresden, Germany. (ARNO BURGI/AFP/Getty Images) 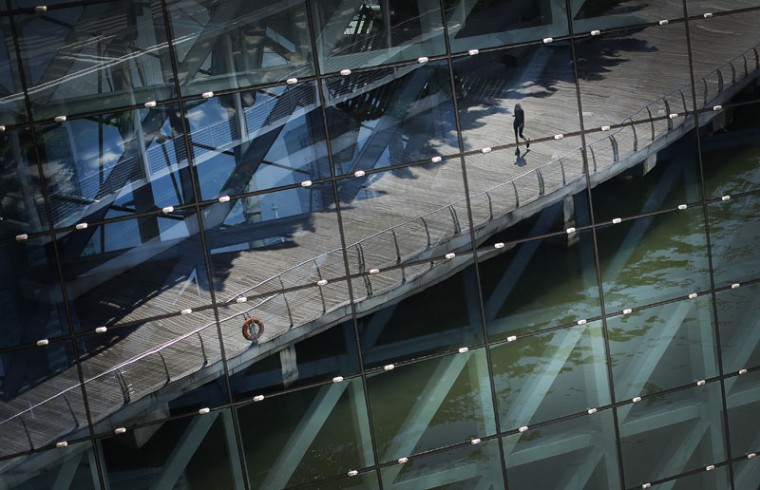 A tourist is seen in a reflection off the facade of a shopping mall at the Marina Bay Sands on Tuesday in Singapore. The city-state’s government announced earlier in the year plans for its global marketing campaign to tap on the country’s year-long 50th birthday celebration, as part of its continued effort to boost tourism numbers after the country went through a challenging season in 2014. (Wong Maye-E/AP) 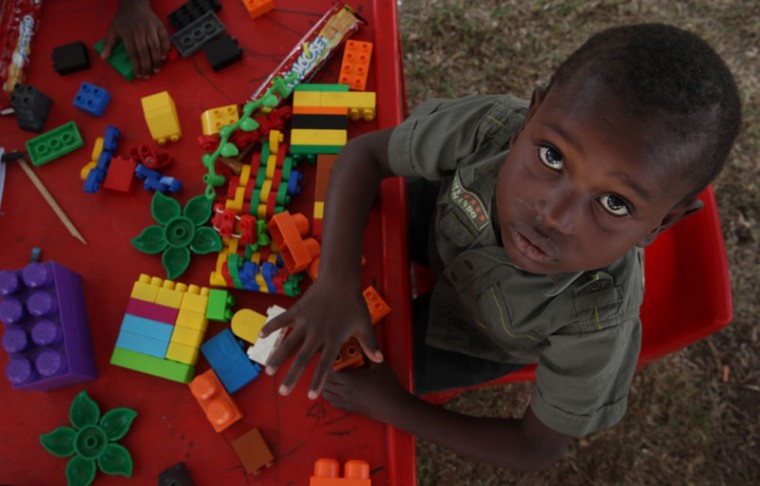 A child plays at a shelter set up for victims of immigrant attacks in Johannesburg on Tuesday. The South African army has been deployed to areas that remain volatile after a spate of attacks targeting immigrants, the defense minister announced Tuesday. (Denis Farrell/AP) 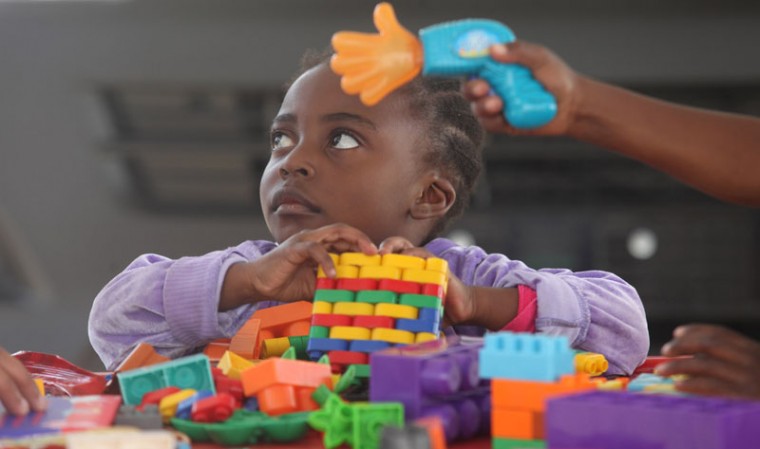 Children play at a shelter for victims of immigrant attacks at a shelter in Johannesburg on Tuesday. The South African army has been deployed to areas that remain volatile after a spate of attacks targeting immigrants, the defense minister announced Tuesday. (Denis Farrell/AP) 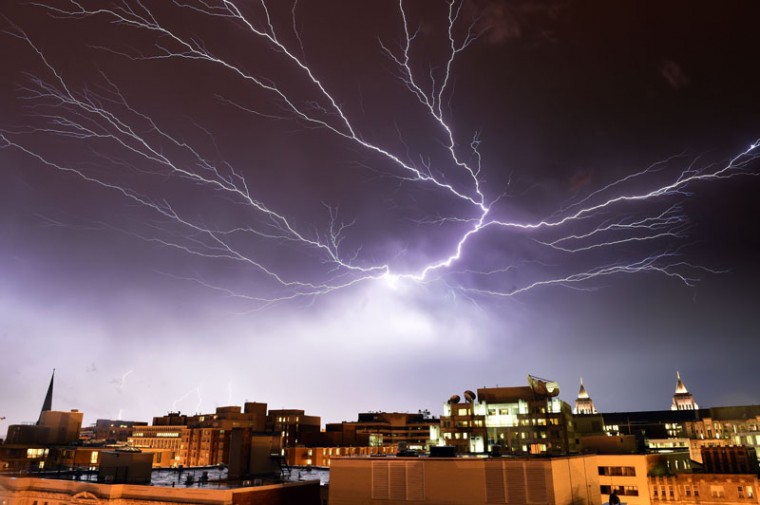 Lightning brightens the night sky over Washington, D.C., during a rainstorm on Monday. (MLADEN ANTONOV/AFP/Getty Images) 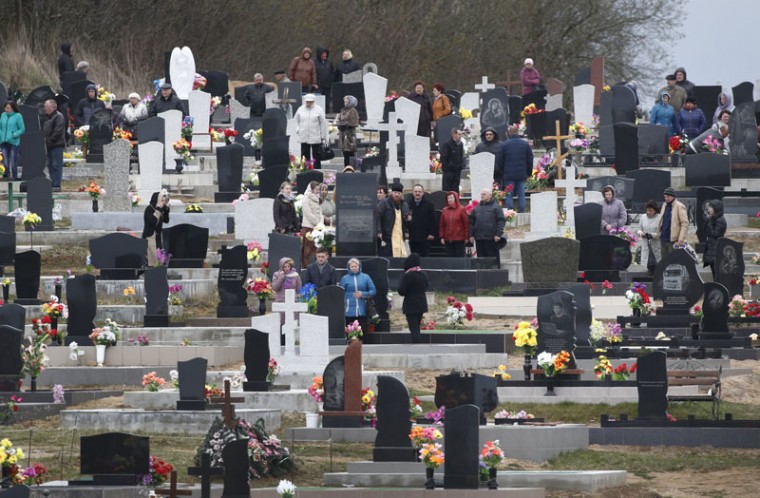 An Orthodox priest, center, blesses the graves, an Orthodox Christian tradition, in a cemetery in the town of Novogrudok, 93 miles west of Minsk, Belarus, on Tuesday. Tuesday marked celebrations of the church holiday “Radunitsa”, a day of remembrance for the dead, on the ninth day after Orthodox Easter. (Sergei Grits/AP) 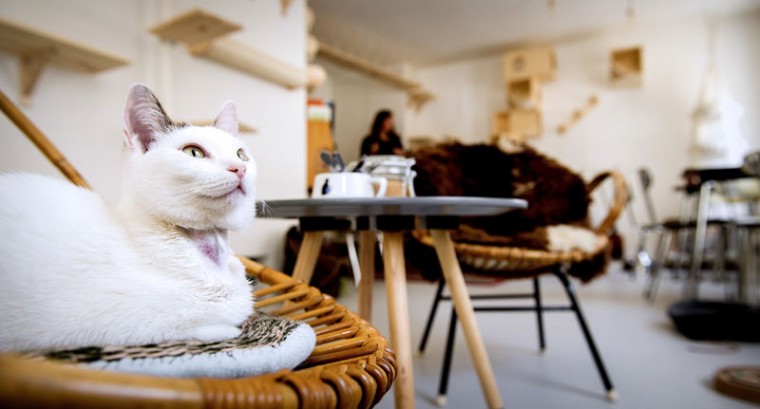 A cat lies on a chair in the first cat cafe in Amsterdam, the Netherlands, on Tuesday. Already popular in Tokyo, where there are dozens, cat cafes allow customers who cannot have a pet at home to enjoy a cup of something hot with a purring cat perched on their knees. (Koen van Weel/AFP/Getty Images) 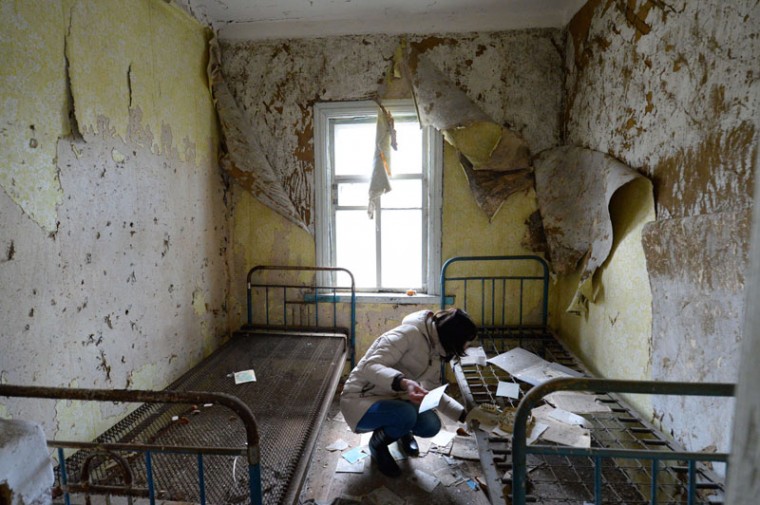 A woman visits her abandoned house in the village of Orevichi, inside the exclusion zone around the Chernobyl nuclear reactor, some 390 km from Minsk, on Tuesday. The explosion at reactor number four of the Chernobyl power plant on April 26, 1986, sent radioactive fallout into the atmosphere that spread across Europe, particularly contaminating Belarus, Ukraine and Russia. (AFP/Getty Images) 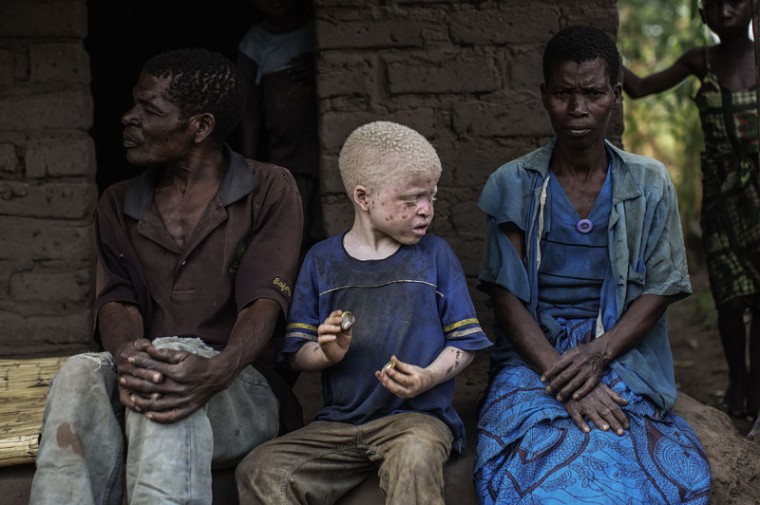 An albino child sits between his parents in the traditional authority area of Nkole, Machinga district, on Friday. Six albinos have been killed in the poor southern African nation since December, according to the Association of Persons with Albinism in Malawi. (GIANLUIGI GUERCIA/AFP/Getty Images)

« The cruise ship of the future » Through two weekends, the best of Coachella 2015