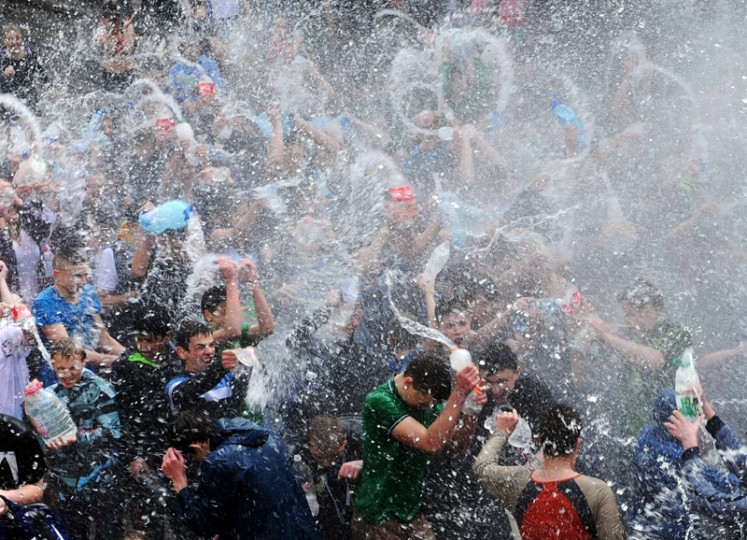 People spray water on one another in the western Ukrainian city of Lviv on Monday as they celebrate Clean Monday (or Wet Monday), a Ukrainian Christian tradition celebrated on the first day after Orthodox Easter. (YURIY DYACHYSHYN/AFP/Getty Images) 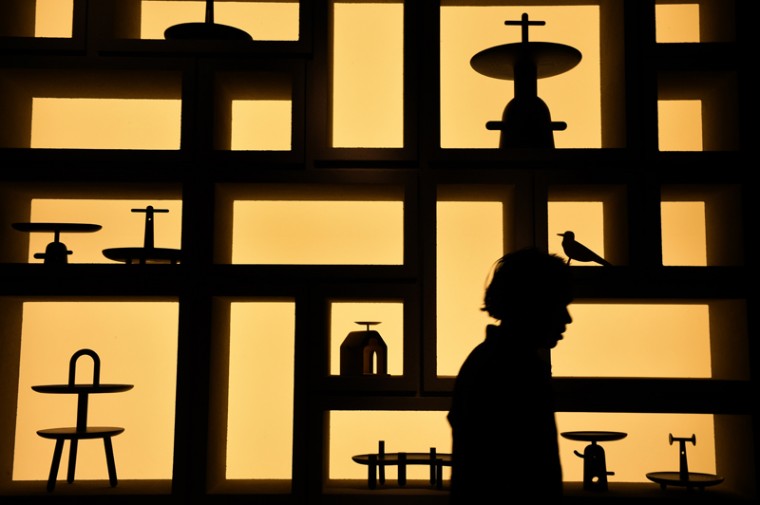 A visitor walks past the “Cassina” design stall on Tuesday during Milan’s annual furniture fair at the Fiera Milano in Rho. The “Salone Internazionale del Mobile” runs through Sunday. (OLIVIER MORIN/AFP/Getty Images) 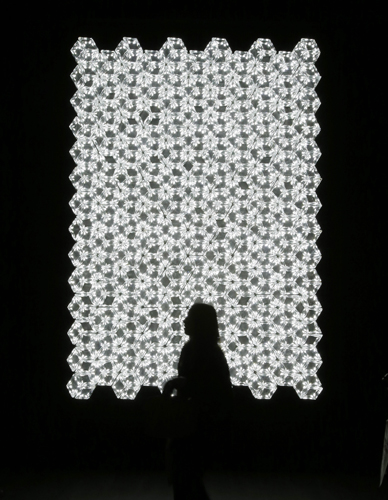 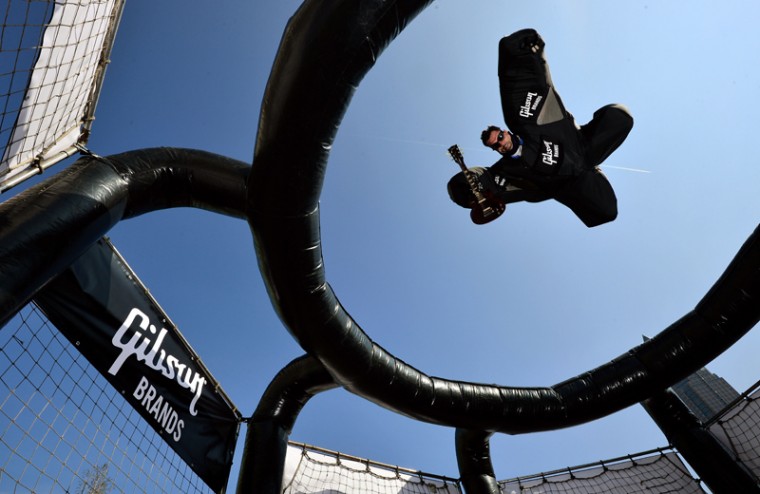 Ivo Riedel performs at the Frankfurter Musikmesse at the Gibson AIRDOME Tuesday in Frankfurt am Main, Germany. Guitarists can perform “weightless” in the plant in Europe, in an air flow of more than 180 km/h lifting them up to 10 meters into the air. (Thomas Lohnes/Getty Images For Gibson) 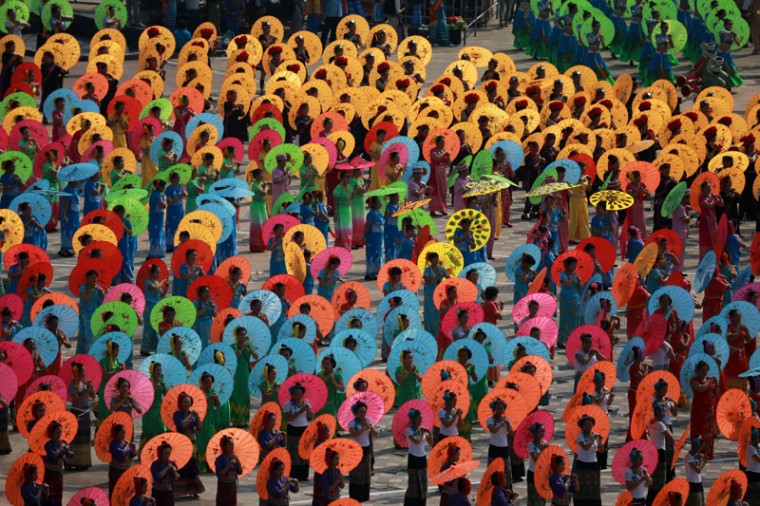 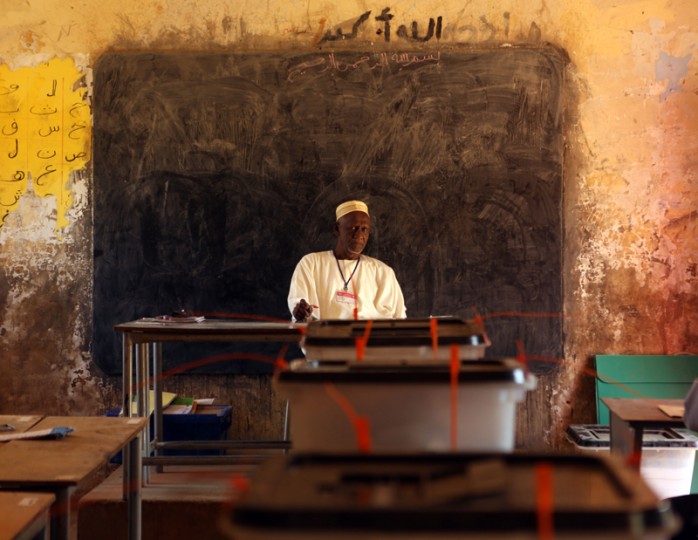 The head of a polling station waits for voters at a polling station in a classroom in Khartoum’s southern suburb of Mayo on Tuesday. Mayo is mainly populated with displaced people from Darfur and Kordofan, where fighting between rebels and President Omar Al-Bashir troops has forced people from their homes. (PATRICK BAZPATRICK BAZ/AFP/Getty Images) 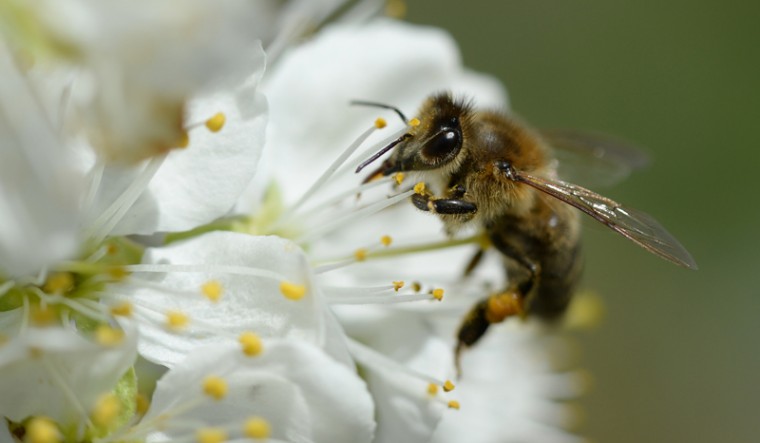 A bee sits on a plum blossom to collect pollen during sunny weather near Koenigschaffhausen, southwestern Germany, on Tuesday. (Patrick Seeger/AP) 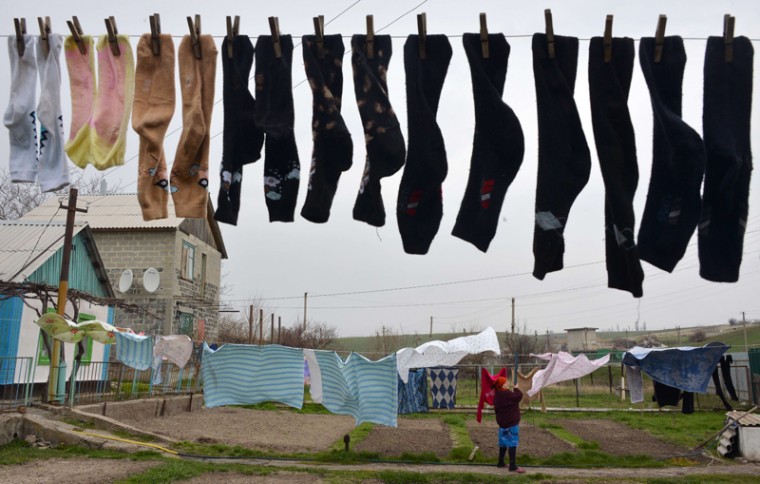 A woman hangs washed clothes near her building on Tuesday in Berdyanske village, some 2.5 miles west from Shirokine village, where the use of heavy weapons has been reported, on the outskirts of the strategic port city of Mariupol. The French, German, Russian and Ukranian foreign ministers expressed “grave concern” Tuesday about violations of a shaky ceasefire in separatist-held east Ukraine but pledged to continue dialogue. (GENYA SAVILOVGENYA SAVILOV/AFP/Getty Images) 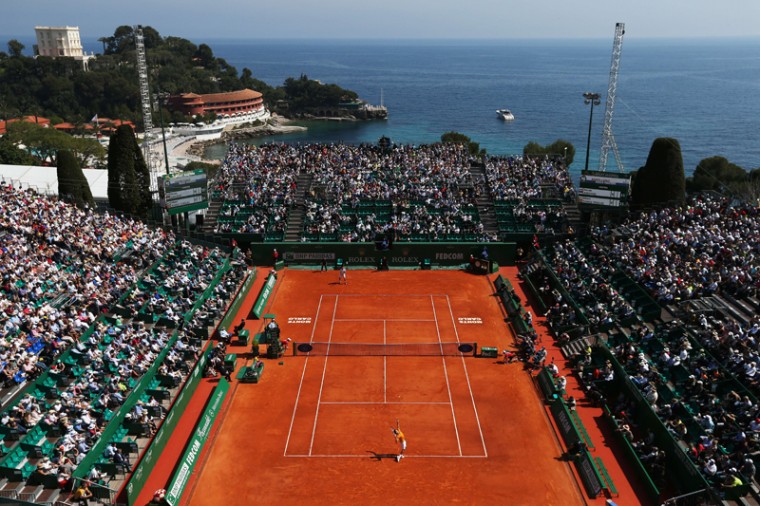 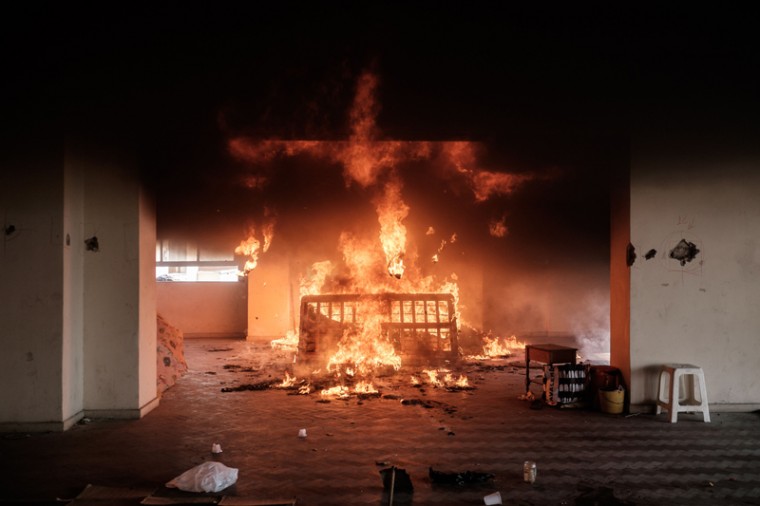 Squatters set mattresses on fire after accepting an offer from City Hall to leave the occupied building in Flamengo, Rio de Janeiro, Brazil, on Tuesday. More than 100 squatters who had been evicted from the city port area last month invaded a week ago the building once owned by Brazilian businessman Eike Batista. (YASUYOSHI CHIBAYASUYOSHI CHIBA/AFP/Getty Images) 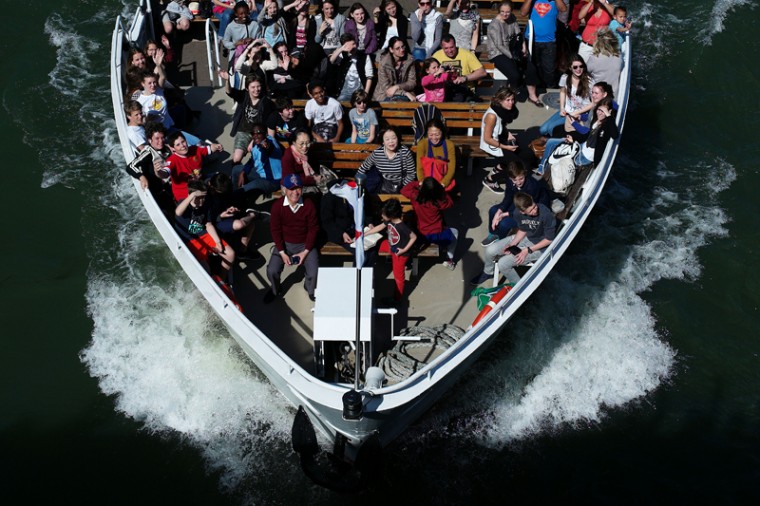 Tourists ride in a tour boat in Paris on Tuesday. (Thibault Camus/AP) 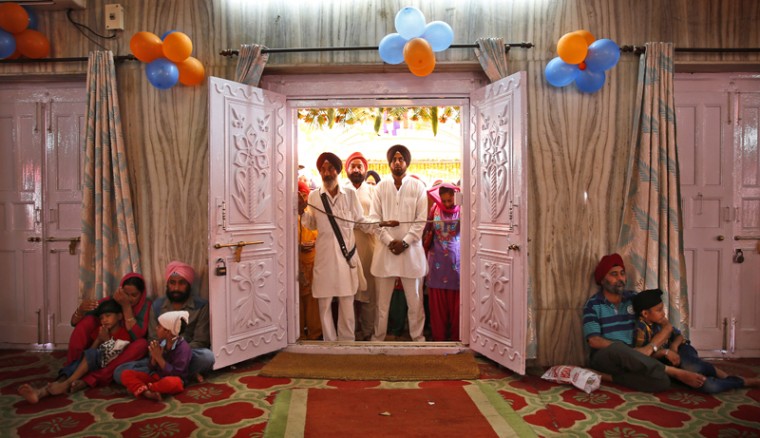 Indian Sikhs wait to offer prayers at a Sikh temple on Baisakhi, in New Delhi, India, on Tuesday. Baisakhi, the harvest festival celebrated in the Punjab region, coincides with other festivals celebrated on the first day of Indian calendar month Vaisakh. The festival has special significance for Sikhs since it marks the day in 1699 when their tenth Guru Gobind Singh organized the order of the Khalsa, a collective body of initiated Sikhs. (Manish Swarup/AP) 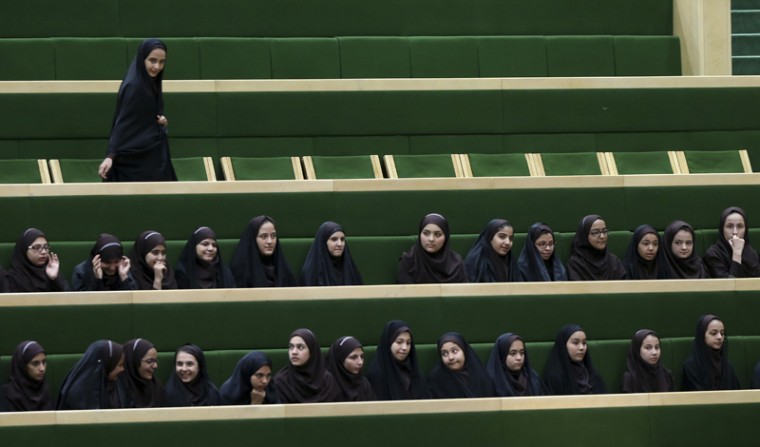 Iranian school girls follow the debates of the parliament in Tehran on Tuesday. (Vahid Salemi/AP) 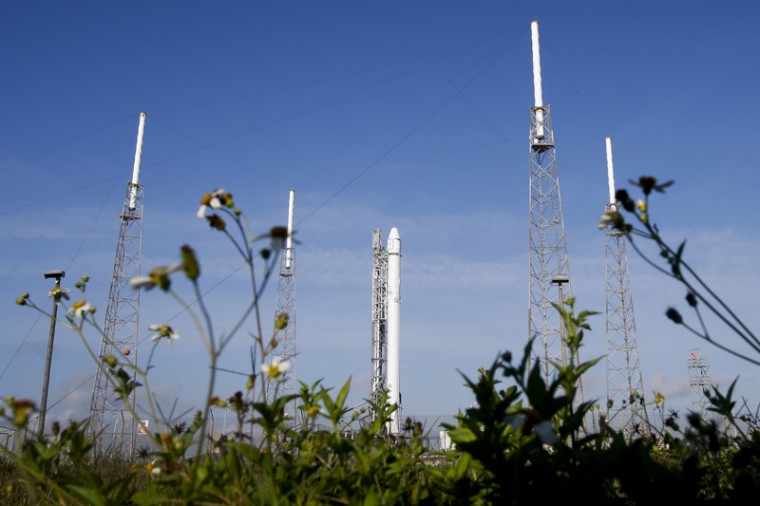 After a scrub on Monday, the Falcon 9 SpaceX rocket stands ready for another launch attempt at complex 40 at the Cape Canaveral Air Force Station in Cape Canaveral, Fla., on Tuesday. (John Raoux/AP)

« Opening Day 2015: A look at each of the 30 MLB home openers » From the Vault: John Wilkes Booth, Abraham Lincoln and the assassination