A look back at The Penn Relays and its hometown

The 121st running of the Penn Relays starts Thursday in Philadelphia. 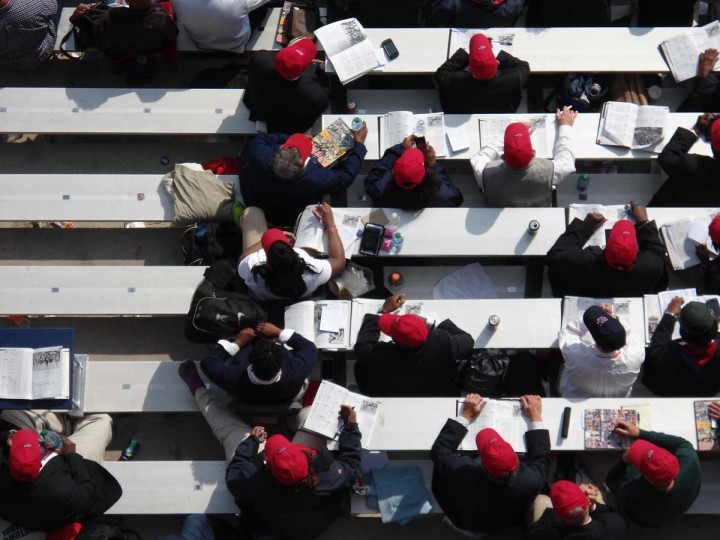 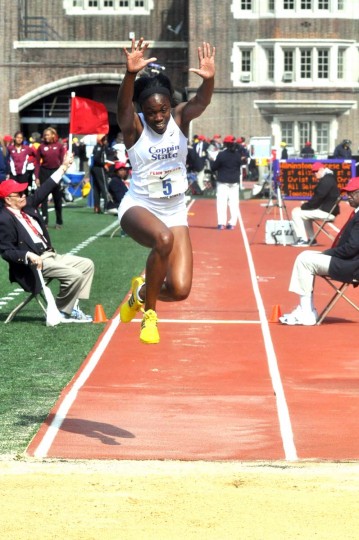 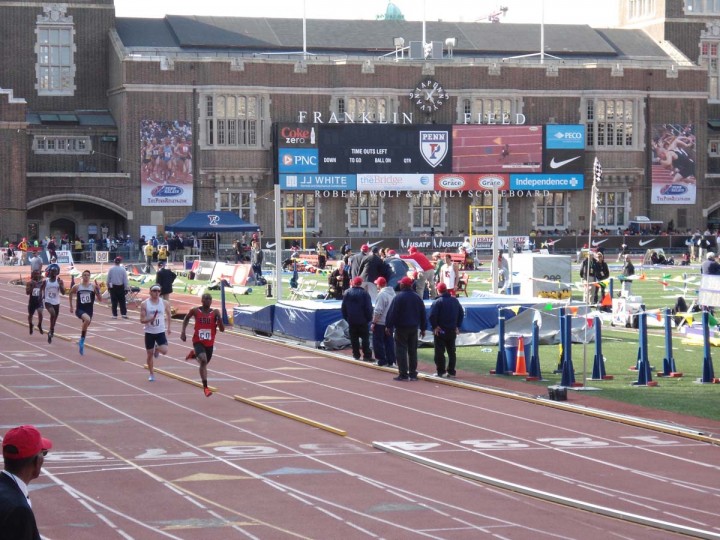 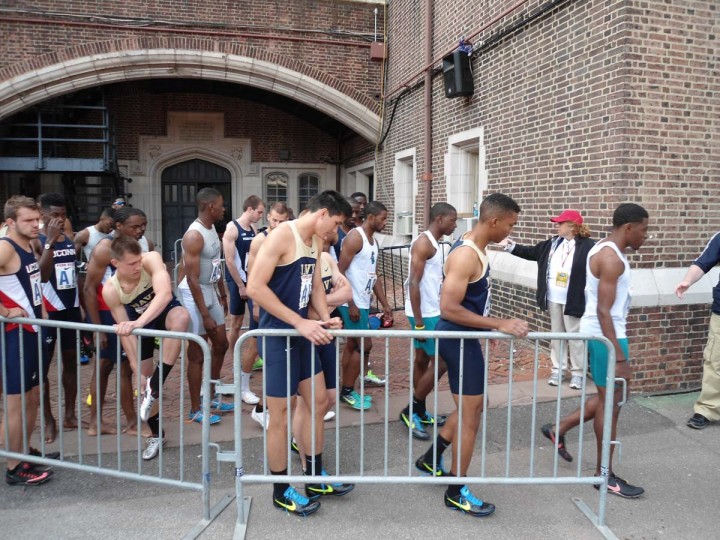 2014 caption: Penn Relays 2014 at Franklin Field in Philadelphia — The USNA 4×400 team waits in a holding area before a heat of the event. || Baltimore Sun file photo by Patrick Maynard 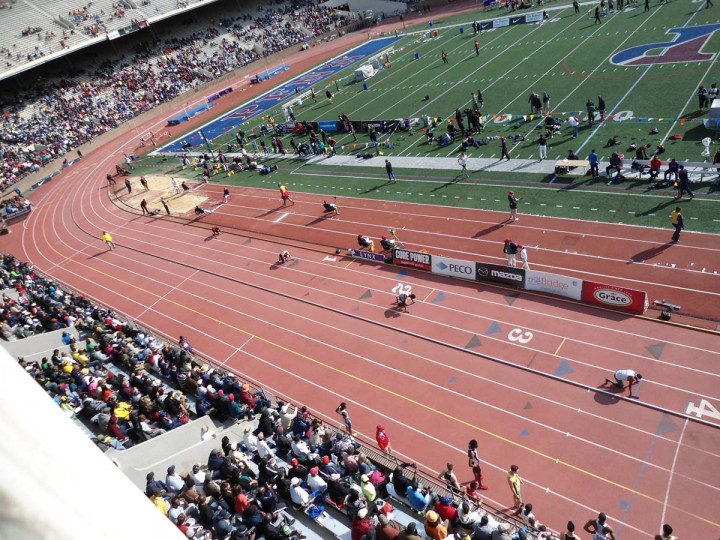 Penn Relays 2014 at Franklin Field in Philadelphia — Runners line up for a heat of the college-level 4×400 relay. || Baltimore Sun file photo 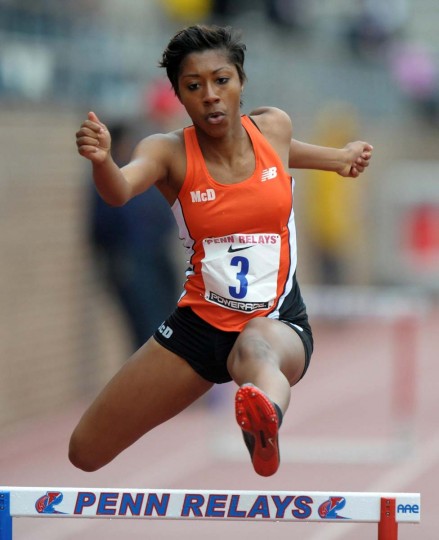 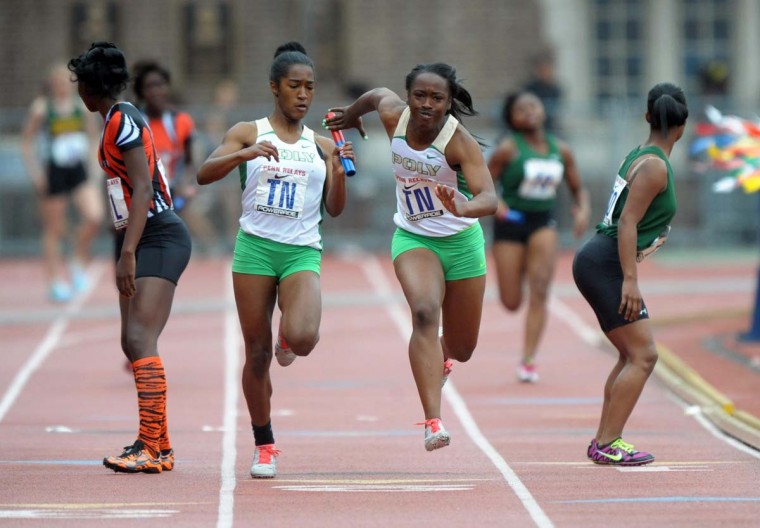 2012 caption: Diamond Thomas takes the handoff from Traci Hicks on the third leg of the Long Beach Poly girls 4 x 100m relay that had the top time of 46.39 in the 118th Penn Relays at Franklin Field. Credit: Kirby Lee – Image of Sport – US PRESSWIRE 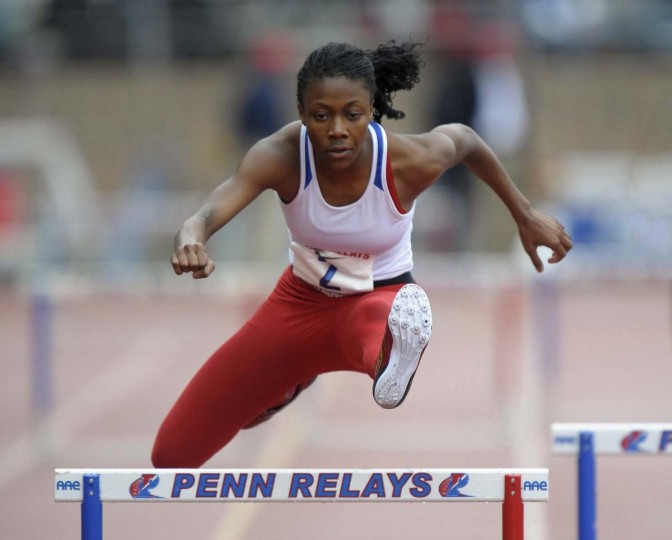 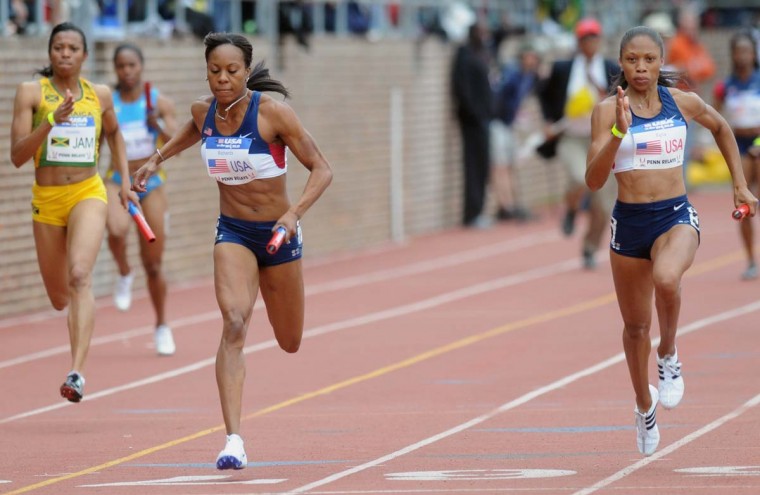 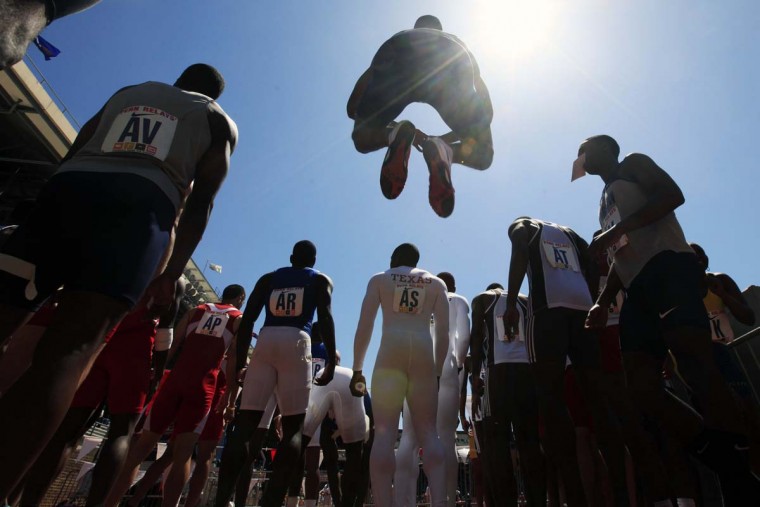 2010 caption: Competitors warm up in the paddock as they prepare to run in the Penn Relays athletics meet in Philadelphia, Friday, April 23, 2010. || CREDIT: MATT ROURKE – AP PHOTO 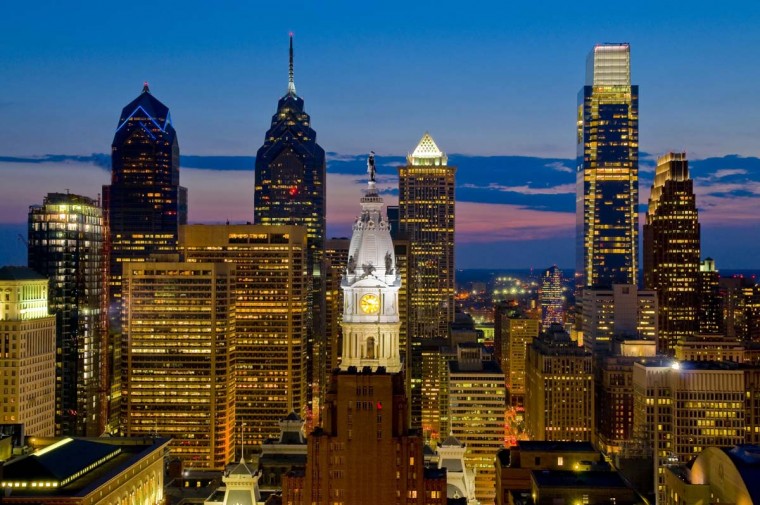 A downtown skyline view of Philadelphia, the annual host of the event. 2008 caption: A dramatic evening sky view of Philadelphia highlights the contrast of new and old living side by side. In the center of the shot stands the bronze statue of the city’s founder, William Penn, sitting on top of the 511-foot City Hall Tower with its lighted clock. And the newest addition to the skyline, the Comcast Center on the right towers as the tallest building between New York and Chicago. ..OUTSIDE TRIBUNE CO.- NO MAGS, NO SALES, NO INTERNET, NO TV, NEW YORK TIMES OUT, CHICAGO OUT, NO DIGITAL MANIPULATION… ORG XMIT: CHI1006251651172771 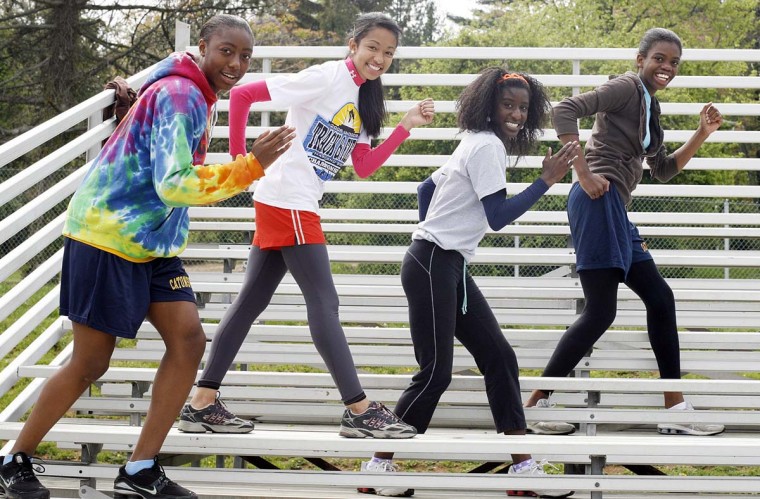 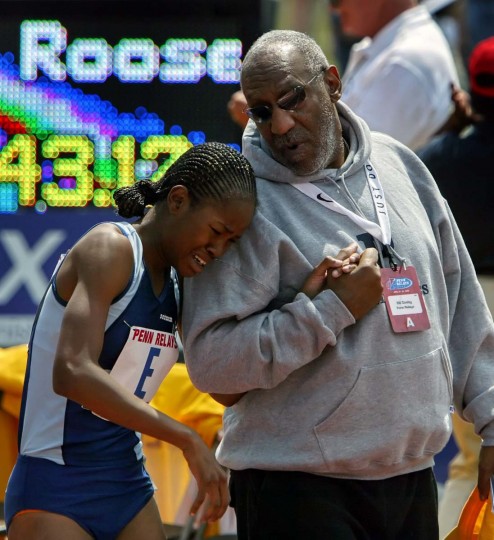 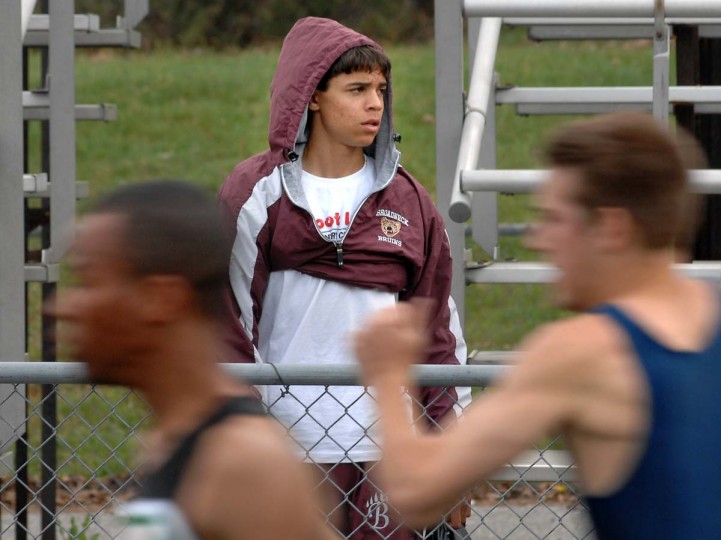 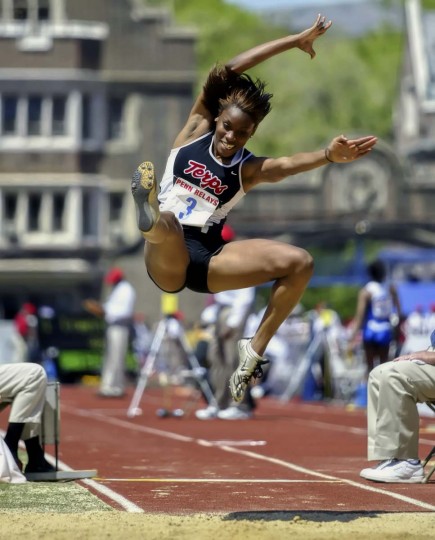 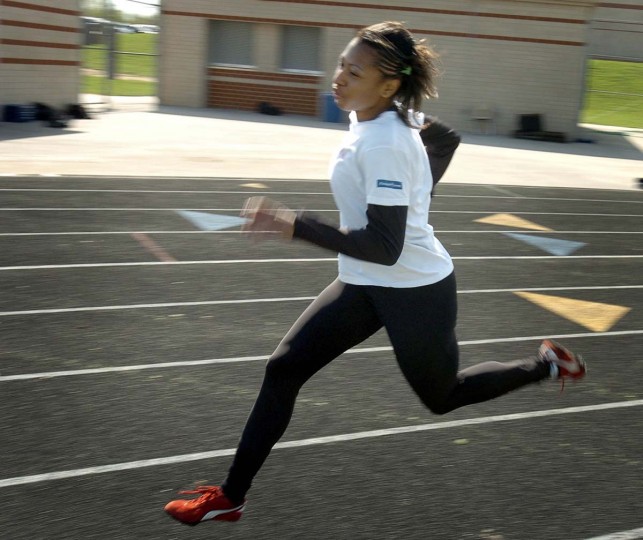 2005 caption: COLUMBIA, MD — Sports feature on Long Reach High School runner JaNay Woolridge, who will be competing in the up-coming Penn Relays on Thursday. Woolridge has committed to attend University of Missouri, where she received athletic and academic scholarships. She is pictured during practice. BALTIMORE SUN STAFF PHOTO BY KENNETH K. LAM 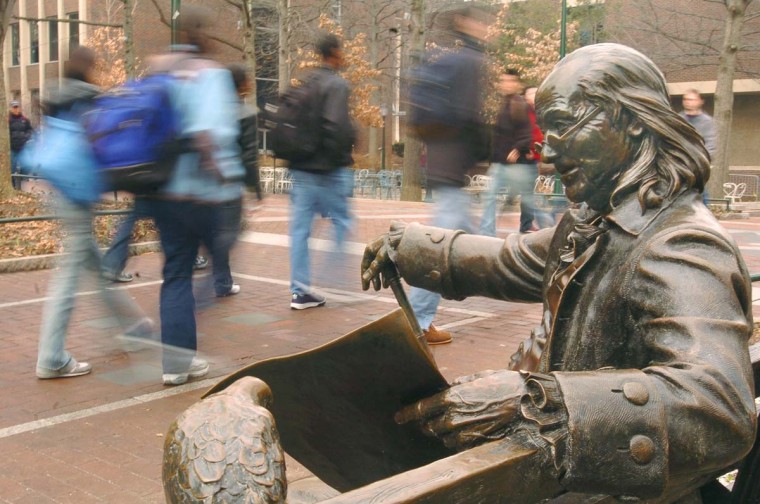 The campus of The University of Pennsylvania has been host to the Penn Relays since the 1800s. In 2005, The Sun ran a story on campus security at elite institutions, for which this photo was taken. BALTIMORE SUN STAFF PHOTO DOUG KAPUSTIN 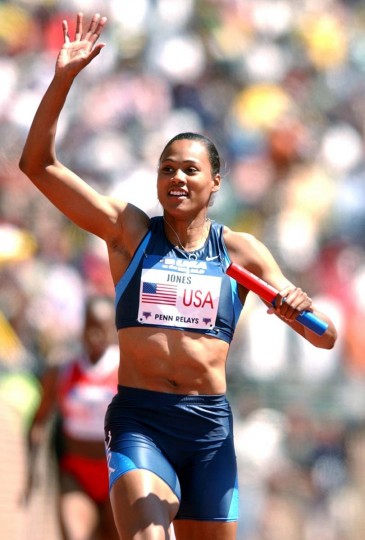 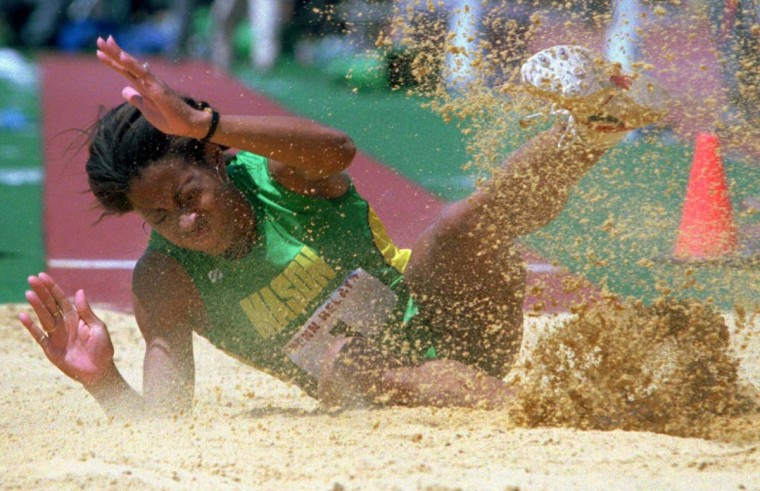 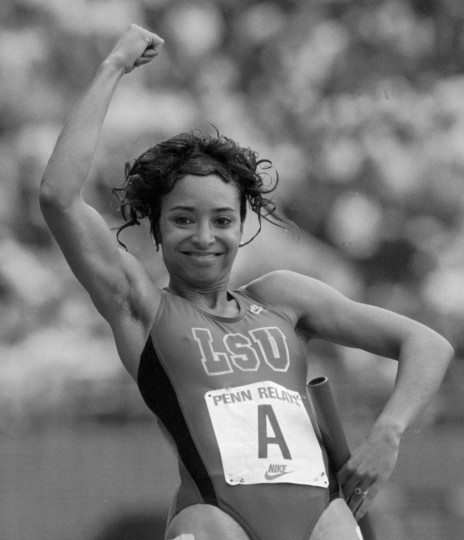 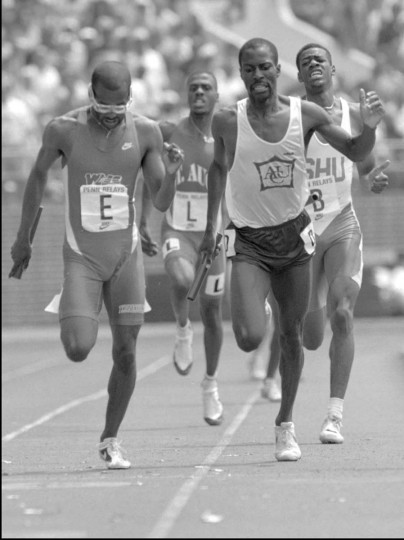 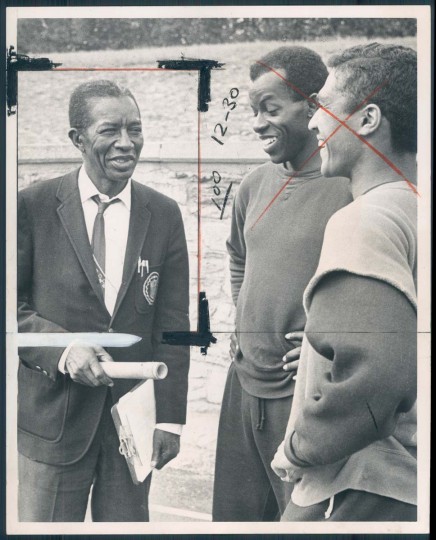 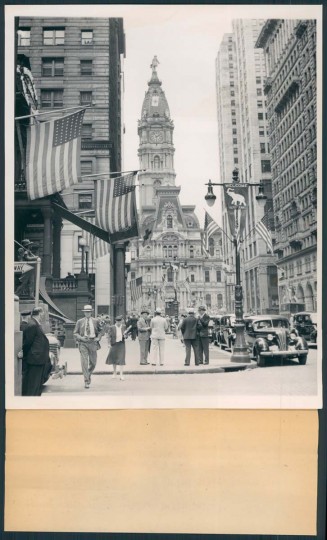 Philadelphia hosts more than track meets. Here, the city gets ready for the GOP convention in 1940. 1940 credit: “Wide World Photo” 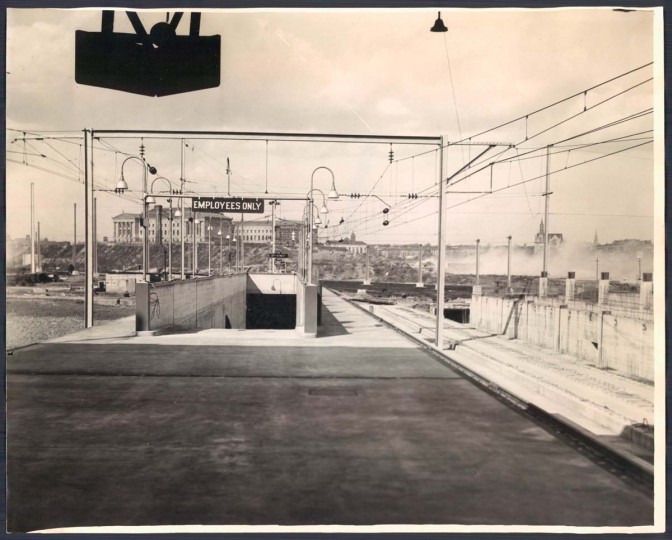 This uncredited handout photo from the Baltimore Sun archives shows a view of the platform at 30th Street Station, a few blocks north of Penn Relays venue Franklin Field. 1933 caption: “Looking eastward along a platform of the new Penna. R.R. Terminal, in Phila., towards the beautiful Art Galleries. Overhead are the wires, a part of the gigantic electrification program, that has been finished from New York to Wilmington, Del., and which will be extended to Baltimore and Washington.” 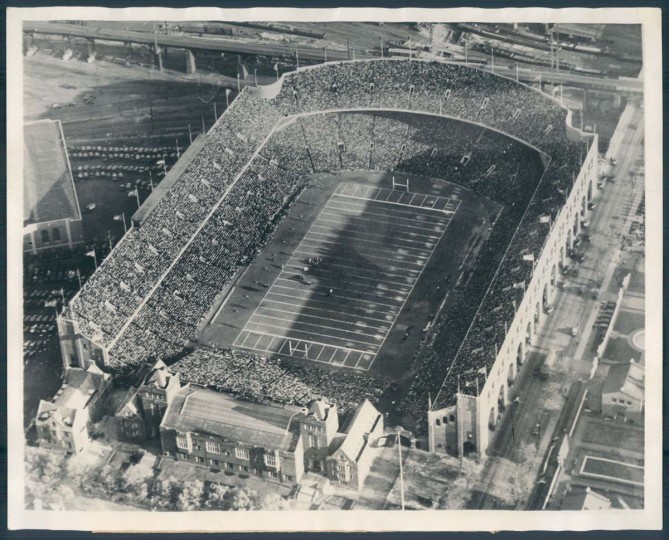 Franklin Field, while still a large venue, once boasted a capacity roughly 30,000 higher than its current limit. 1930 caption from Sun archives: “A general view of the huge crowd of 80,000 which crowded every nook and coner (sic) of Franklin Field to witness the powerful Notre Dame football team vanquish the University of Pennsylvania Eleven by a score of 60 to 20. Watch your credit line: Photo from Wide World Photos: Copyright Aero Service Corp.” 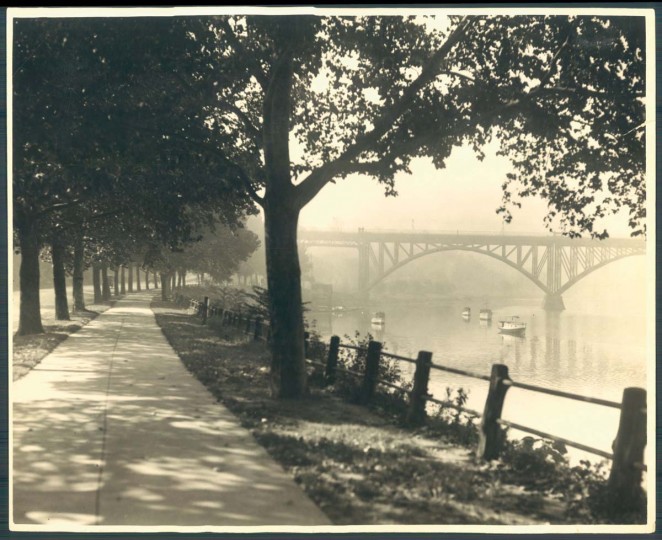 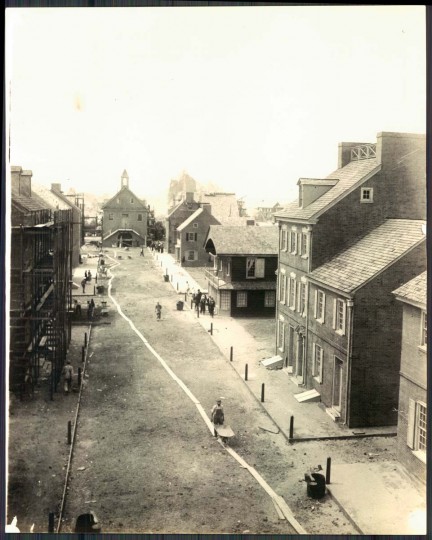 1926 caption from Sun archives: “High Street, as it appeared in 1776 — as reconstructed at the Sesquicentennial Exposition Plaza as it appeared under construction in 1926.”

A 1908 game between the Naval Academy football team and the Army team, held at Franklin Field. The Penn Relays would have been using the venue annually for just over a decade at the time this Library of Congress photo was taken.

Scenes from the 2014 relays

« Through two weekends, the best of Coachella 2015 » Migrants, protests, and a Chilean volcano | April 22