According to a Baltimore Sun story at the time, Roosevelt’s last words were, “I have a terrific headache.”

Archival photos depict a grieving nation at the loss of the president, serving his fourth term, who died at the “little White House” in Warm Springs, Georgia. 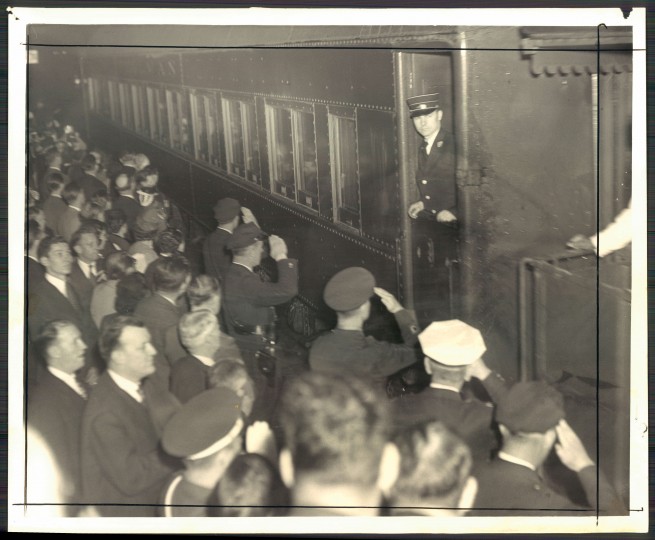 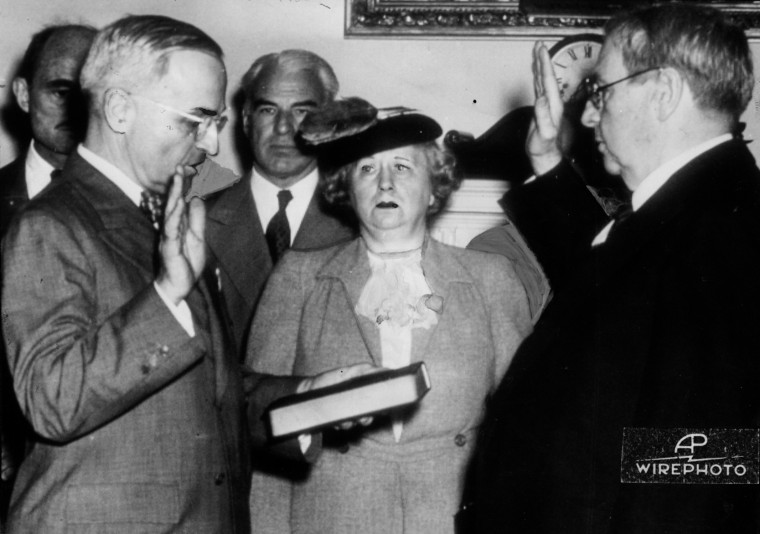 Harry S. Truman (left) is sworn in by Chief Justice Harlan Stone as President of the United States in the cabinet room of the executive offices of the White House. Mrs. Truman is at center. Attorney General Francis Biddle is just behind Truman, and between the president and Mrs. Truman is Secretary of State Edward R. Stettinius, Jr. (AP Wire Photo/Baltimore Examiner/Washington Examiner) 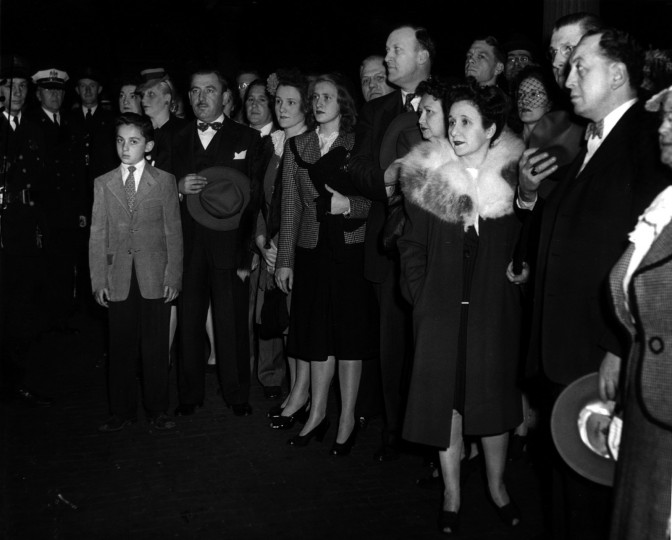 Congressman Thomas “Tommy” D’Alesandro (hat on chest) and his 12-year-old son Franklin Delano Roosevelt D’Alesandro, who was born on FDR’s inauguration date 4/14/33, salute the funeral train of FDR at Pennsylvania Station in Baltimore on 4/15/45. (File photo) 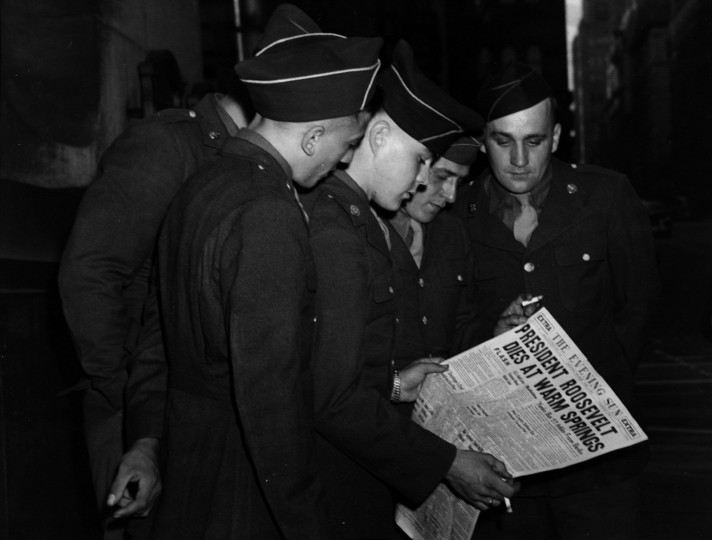 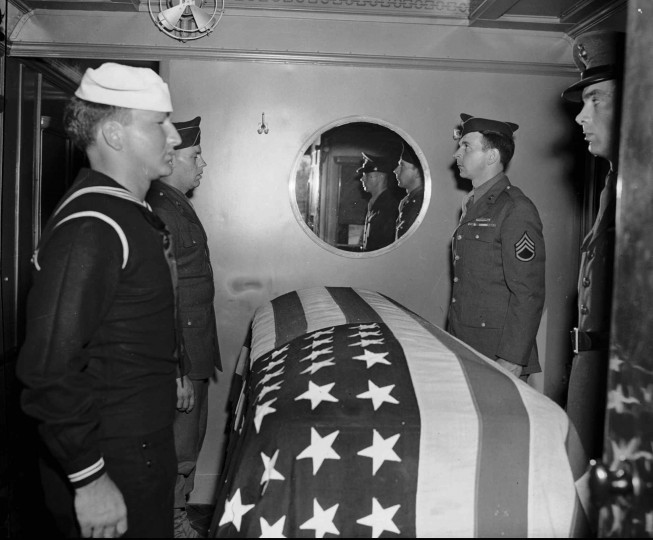 Servicemen stand guard over the casket of President Franklin Delano Roosevelt aboard a train carrying his body from Warm Springs, Ga., to Washington, D.C., on April 13, 1945. The casket was placed in the last car of the funeral train. Roosevelt could not walk unaided across his office, but he led his nation through its worst depression and greatest war. He died at age 63, on April 12, 1945 in his white clapboard cottage in Warm Springs, Ga. 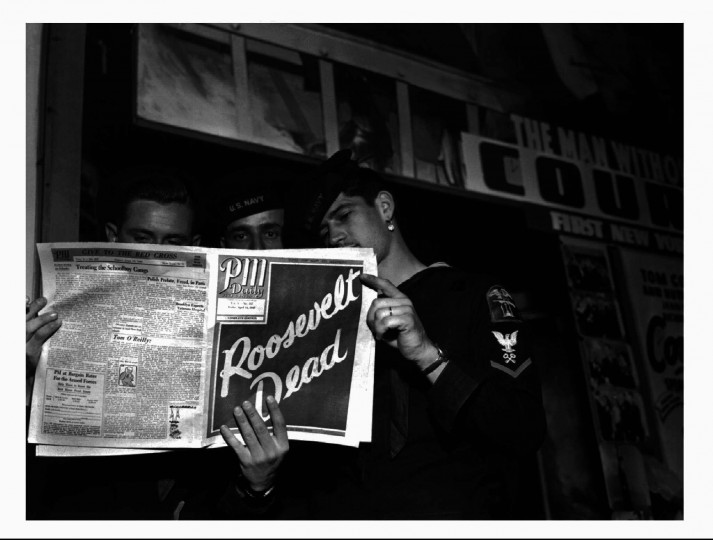 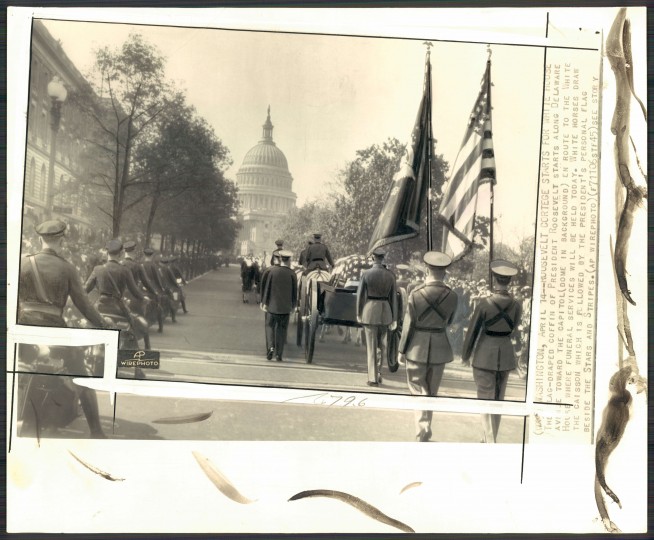 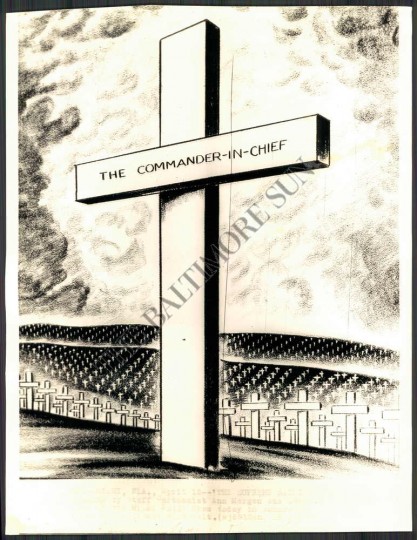 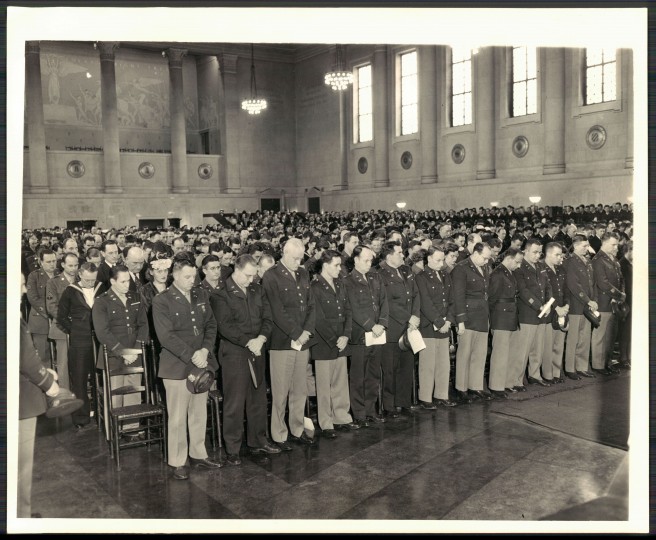 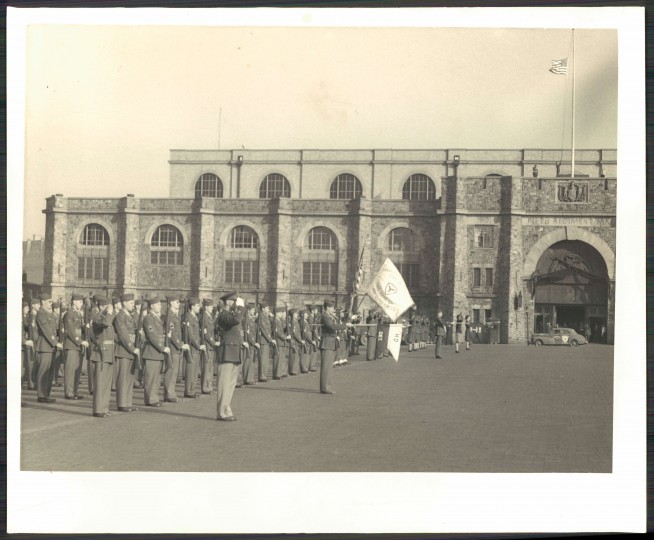 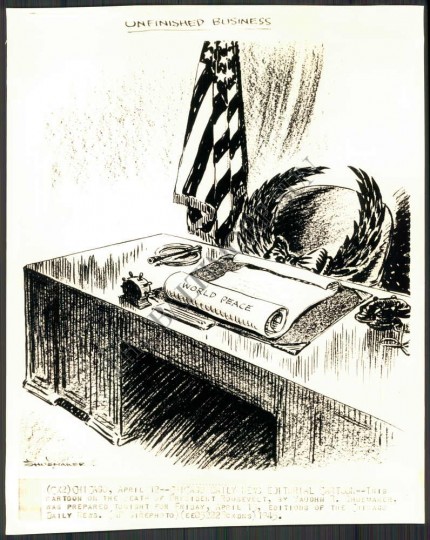