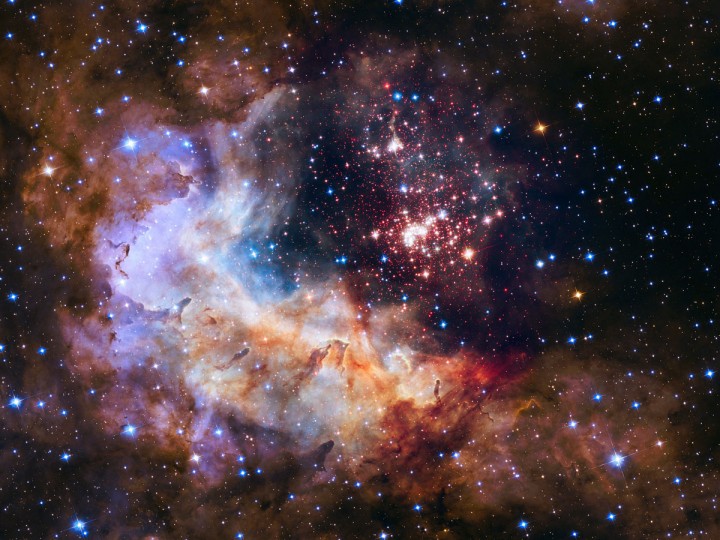 This NASA/ESA Hubble Space Telescope image of the cluster Westerlund 2 and its surroundings has been released to celebrate Hubble’s 25th year in orbit. The image’s central region, containing the star cluster, blends visible-light data taken by the Advanced Camera for Surveys and near-infrared exposures taken by the Wide Field Camera 3. The surrounding region is composed of visible-light observations taken by the Advanced Camera for Surveys. AFP PHOTO / HO / EUROPEAN SOUTHERN OBSERVATORY 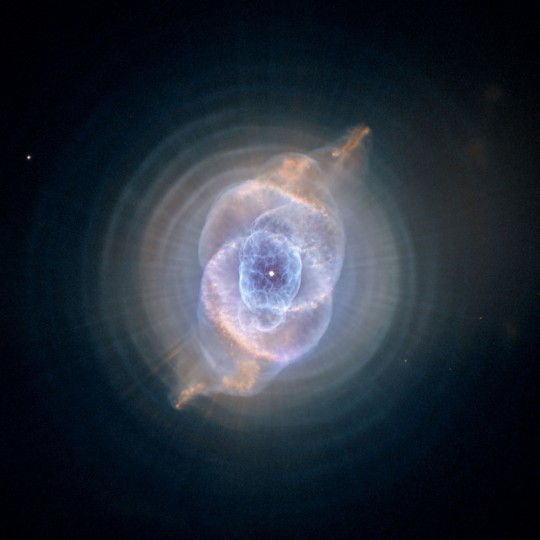 This Hubble image shows a tower of cold gas and dust rising from the Eagle Nebula. (NASA, ESA, Hubble Heritage Team via AP) 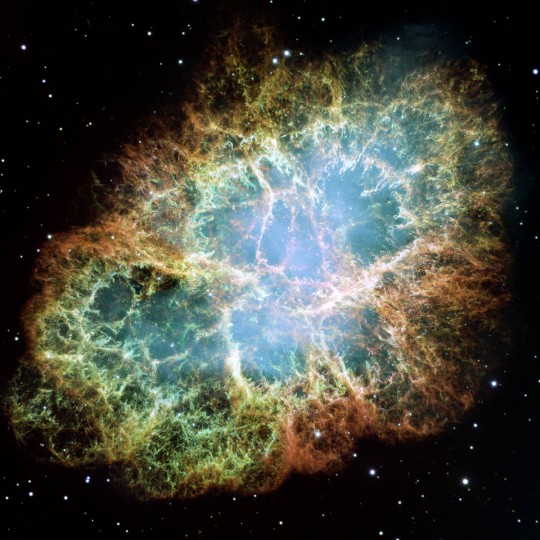 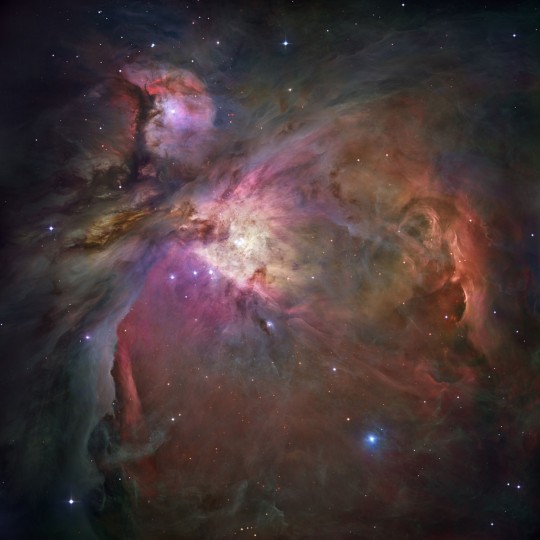 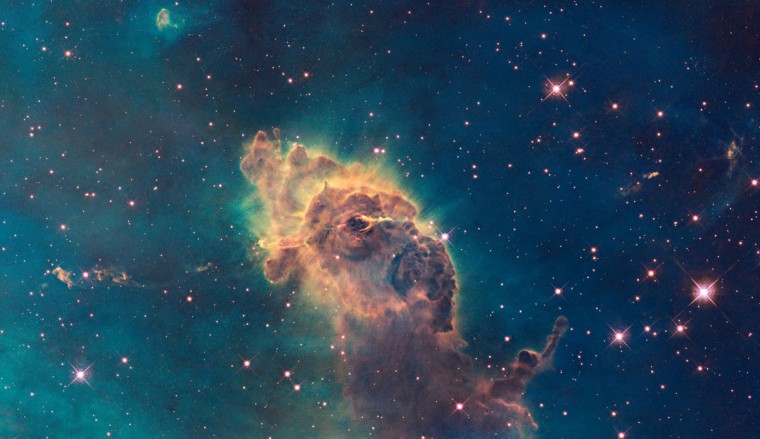 This Hubble image shows the tip of the three-light-year-long pillar in a stellar nursery called the Carina Nebula. (NASA/ESA/Hubble SM4 ERO Team via AP) 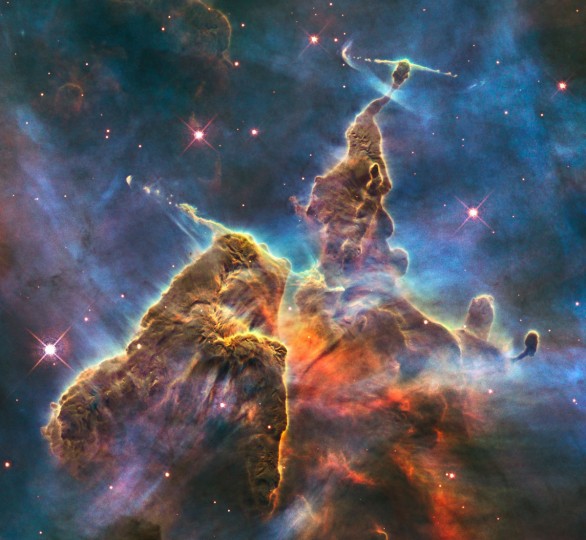 This February 2010 image made by the NASA/ESA Hubble Space Telescope shows a three-light-year-tall pillar of gas and dust in the Carina Nebula which is being eaten away by the light from nearby bright stars. (NASA/ESA, M. Livio, Hubble 20th Anniversary Team via AP) 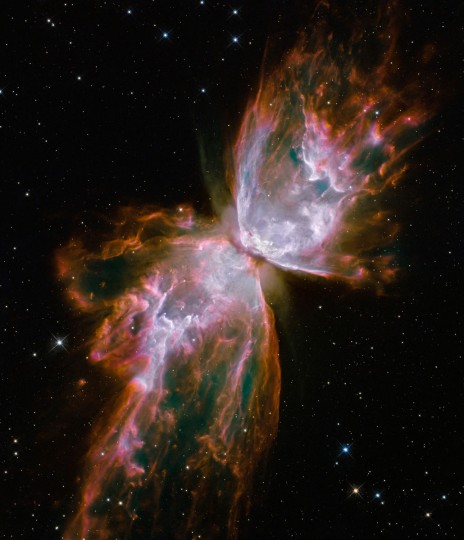 This Hubble image shows jets of gas heated to nearly 20,000 degrees Celsius traveling at more than 59,000 miles per hour streaming from the dying star NGC 6302, the “Butterfly Nebula” in the Milky Way galaxy. (NASA/ESA/Hubble SM4 ERO Team via AP) 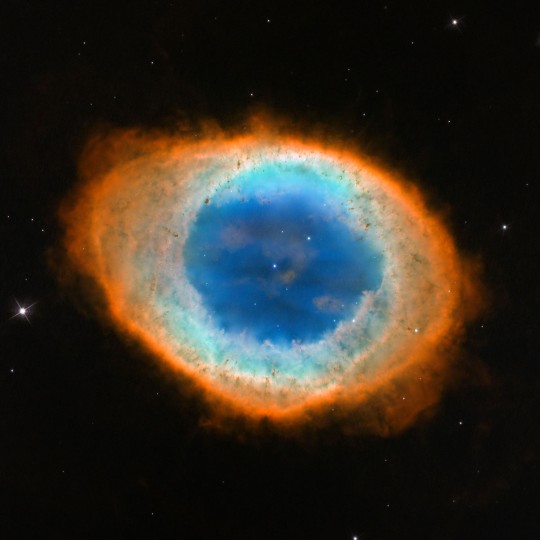 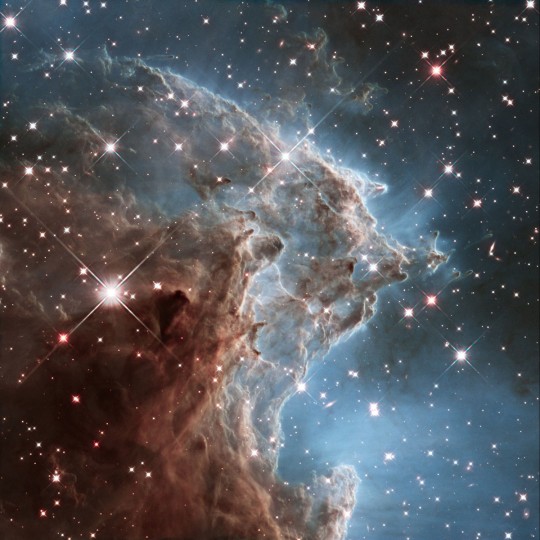 This infrared Hubble Space Telescope image shows part of NGC 2174, the Monkey Head Nebula. The structure lies about 6400 light-years away in the constellation of Orion. (NASA/ESA/Hubble Heritage Team, via AP) 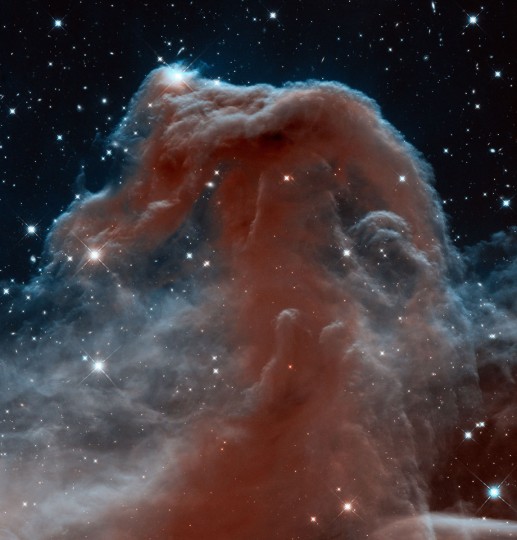 Barnard 33, the Horsehead Nebula, in the constellation of Orion. This Hubble image shows the region in infrared light. (NASA/ESA/ Hubble Heritage Team via AP) 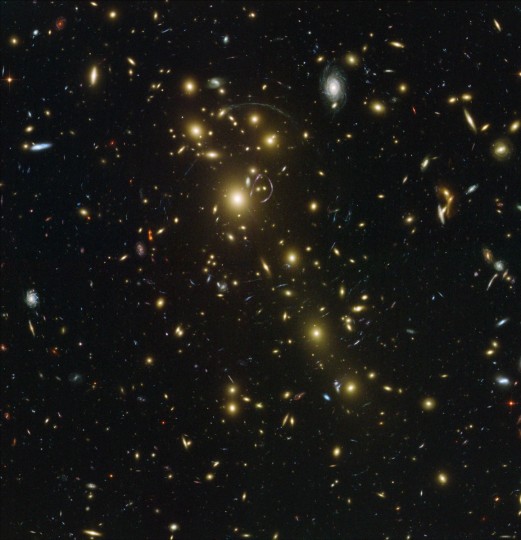 This Hubble image shows Abell 1703 which is composed of over 100 different galaxies whose collective mass acts as a gravitational lens. The massive galaxy cluster in the foreground (yellow mostly elliptical galaxies scattered across the image) bends the light rays of galaxies behind it in a way that can stretch their images into multiple arcs. (NASA/ESA, and Johan Richard via AP) 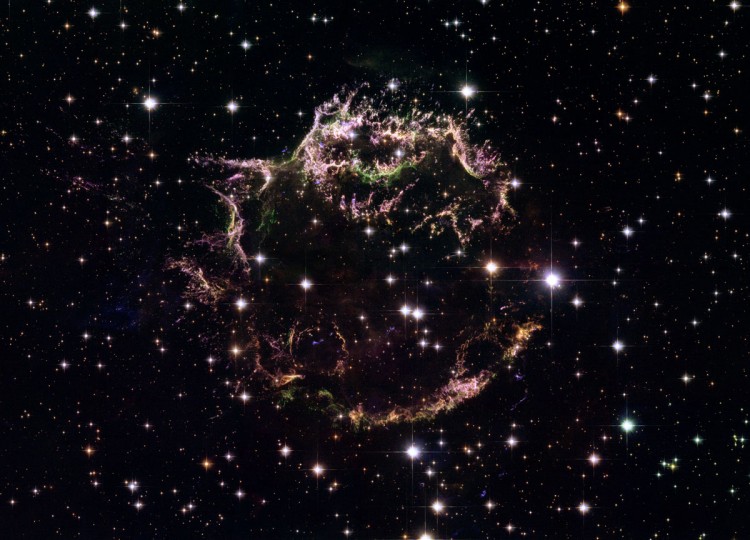 This Hubble image shows the remains of a supernova explosion known as Cassiopeia A. (NASA, ESA, Hubble Heritage via AP) 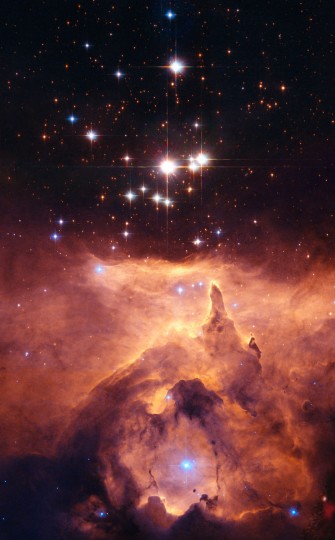 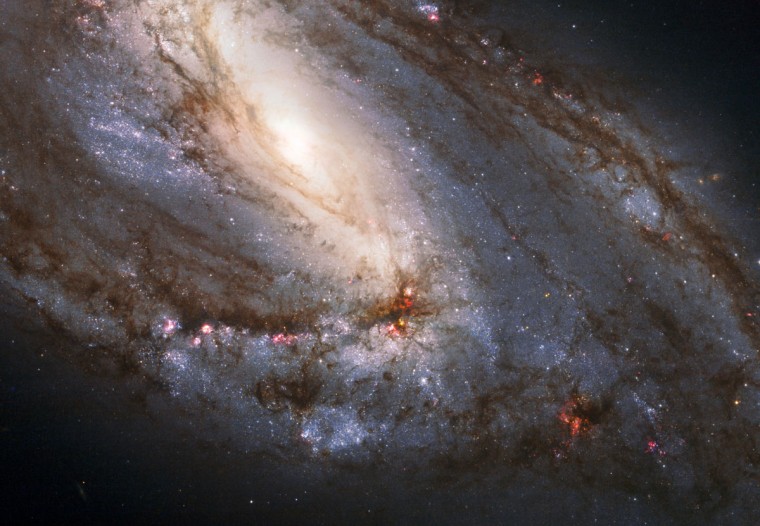 M66, the largest of the Leo Triplet galaxies, has asymmetric spiral arms and an displaced core most likely caused by the gravitational pull of the other two members of the trio. (NASA, ESA, Hubble Heritage via AP) 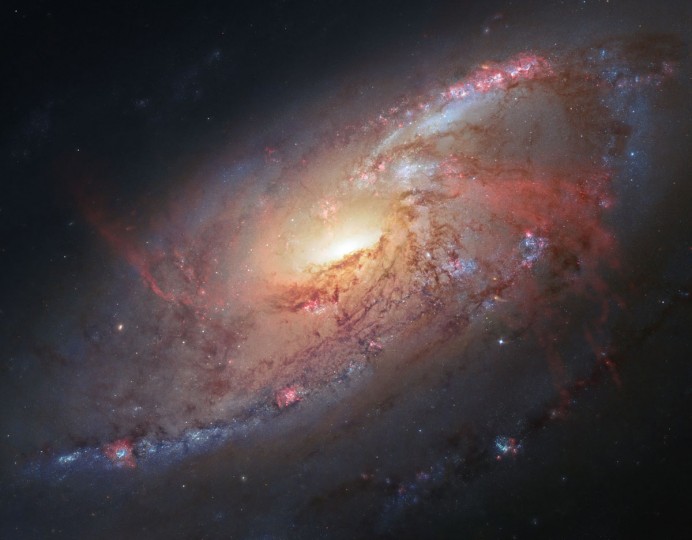 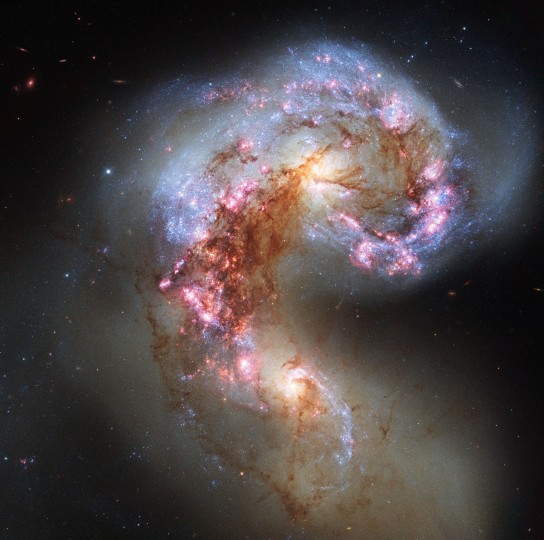 Hubble Space Telescope image shows NGC 4038 and NGC 4039, known as the Antennae Galaxies. Once spiral galaxies like the Milky Way, the two have spent the past few hundred million years intertwining with one another. Far-flung stars and streamers of gas stretch out into space, creating long tidal tails reminiscent of antennae. (ESA/Hubble,NASA via AP) 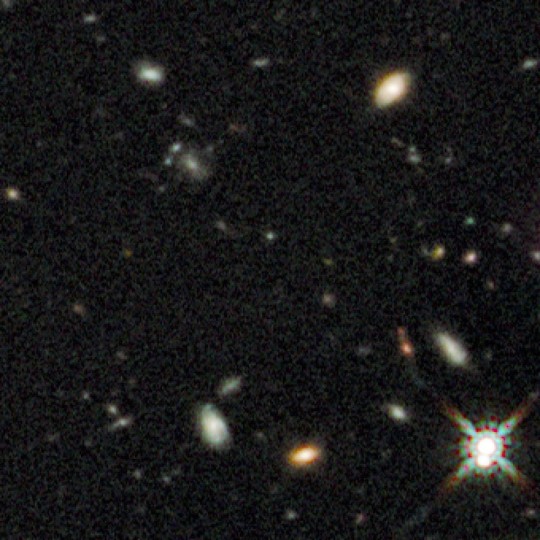 This undated handout image taken by the Hubble Space Telescope shows a small smudge, center, that astronomers believe is the oldest thing they have ever seen. (AP Photo/NASA) 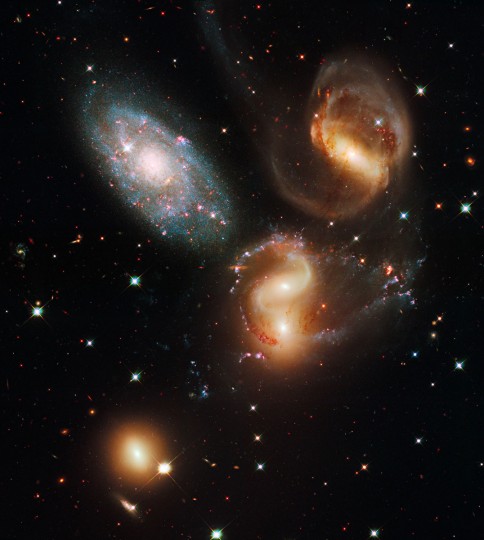 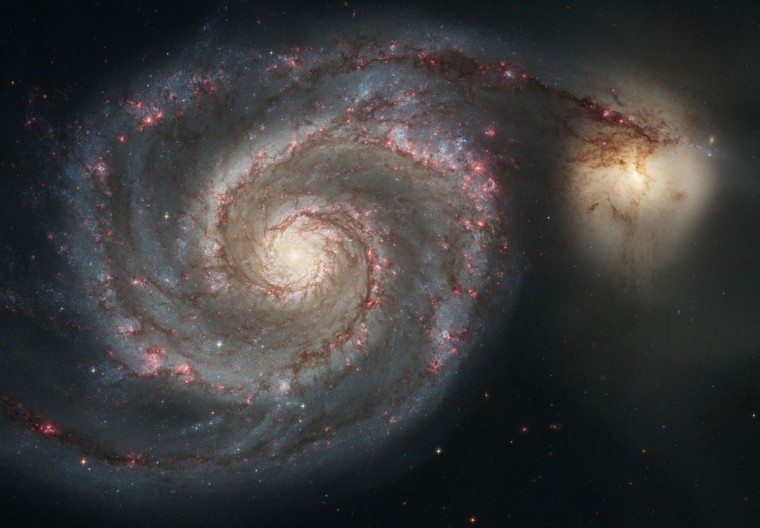 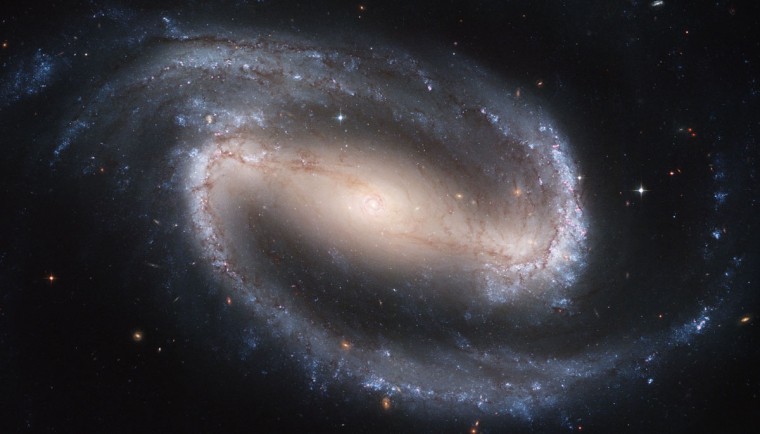 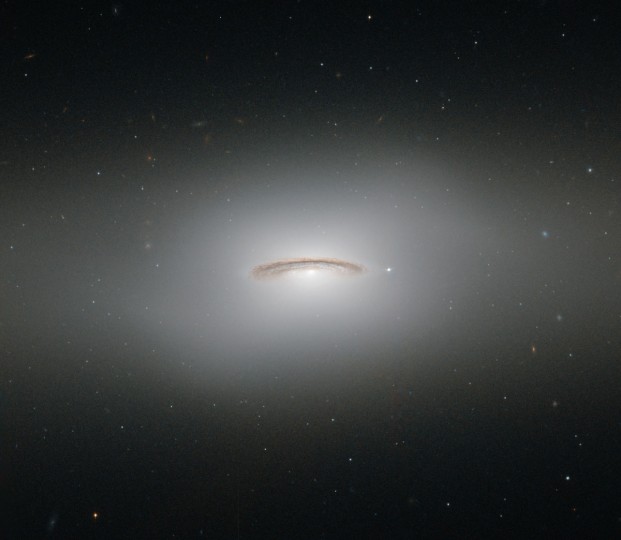 This image by the Hubble Space Telescope shows NGC 4526, one of the brightest lenticular galaxies known. (ESA/Hubble & NASA via AP) 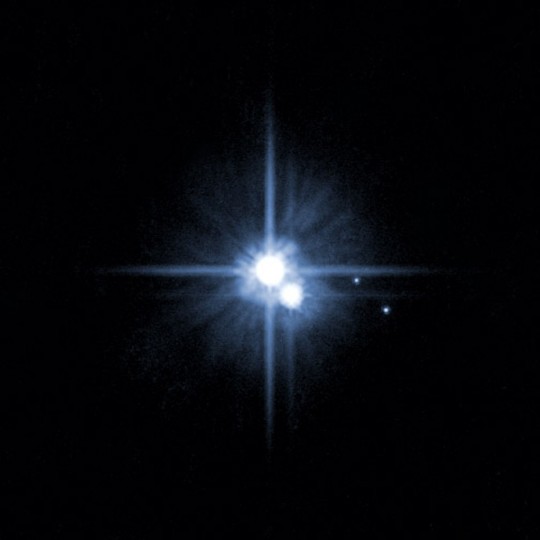 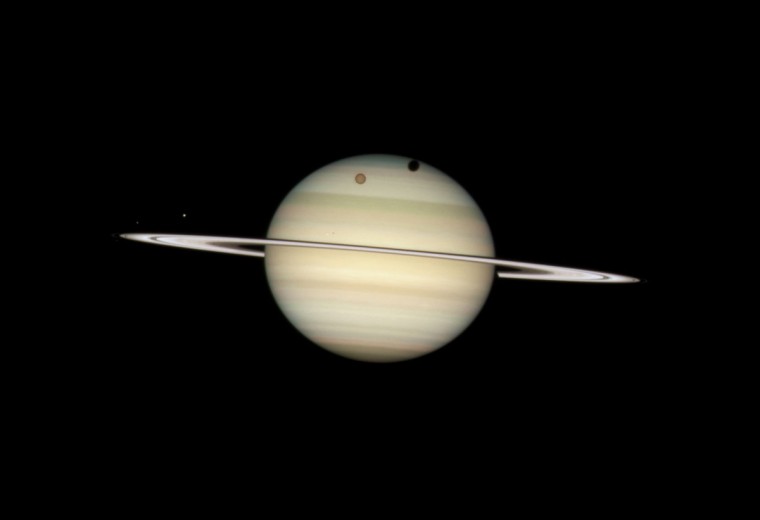 Image from the Hubble Space Telescope shows four moons of Saturn passing in front of their parent planet. (2009 NASA photo distributed by AP) 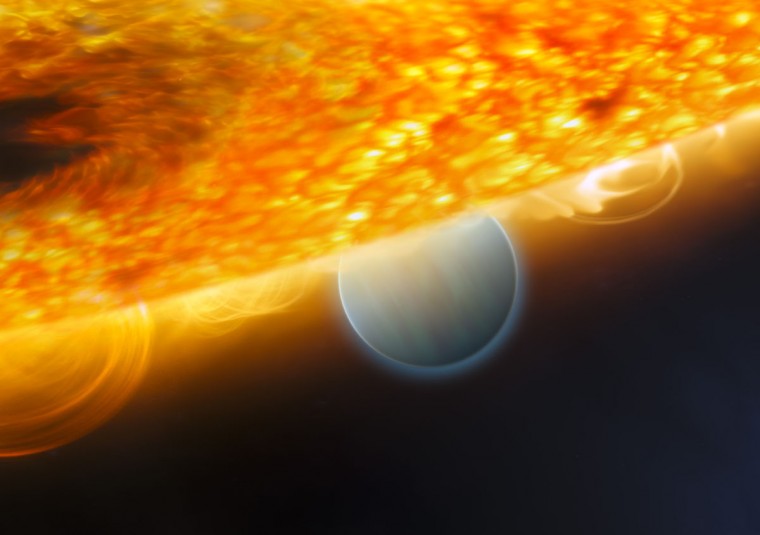 Astronomers discovered carbon dioxide in the atmosphere of a planet orbiting another star. The team used Hubble’s Near Infrared Camera and Multi-Object Spectrometer to study infrared light emitted from the planet, which is 63 light-years away. (2008 photo by NASA/ESA NASA/AFP/Getty Images) 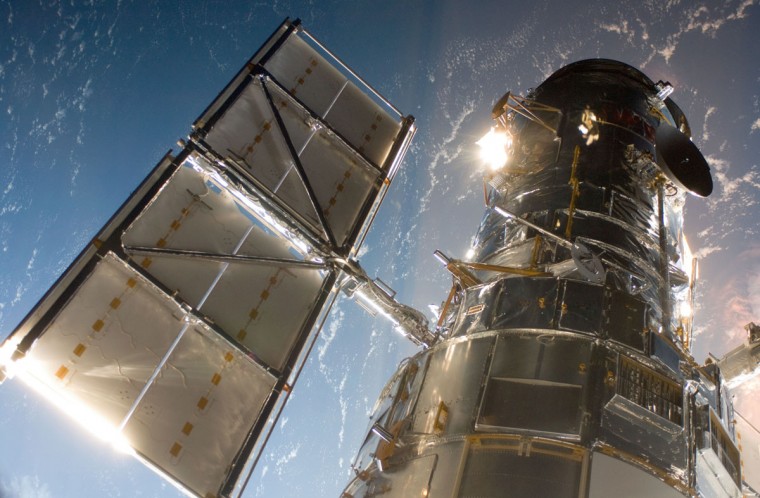 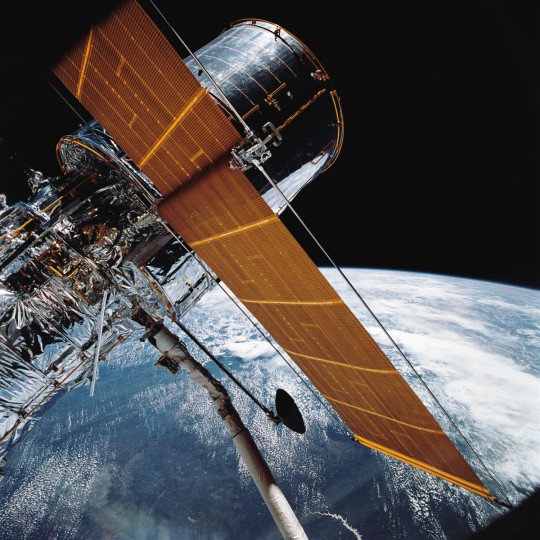 Most of the Hubble Space Telescope can be seen as it is suspended in space by Discovery’s Remote Manipulator System following the deployment of part of its solar panels and antennae. (1990 NASA photo via AP) ORG XMIT: NY122 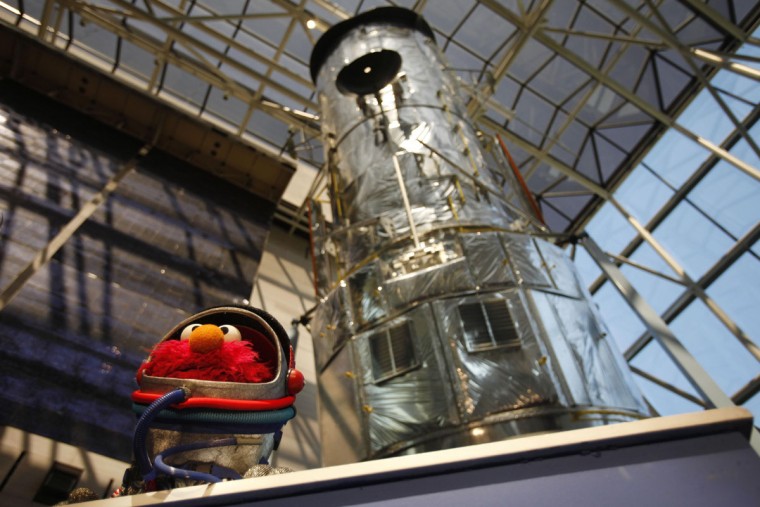 Elmo makes an appearance in front of a model of the Hubble telescope during an announcement about a new planetarium show for kids at the National Air and Space Museum. (2009 AP Photo/Jacquelyn Martin) 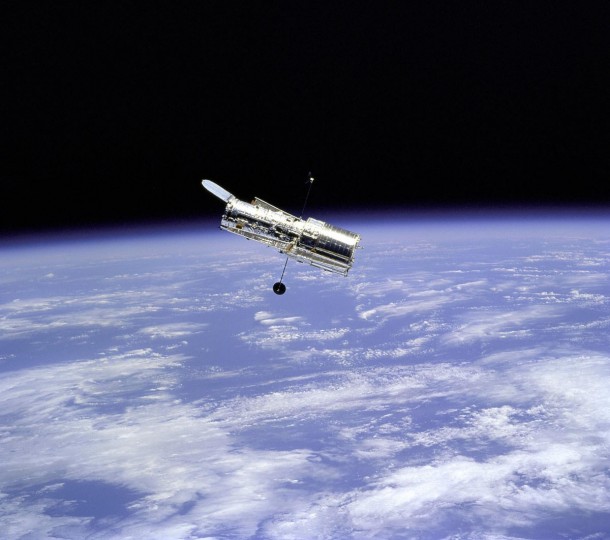 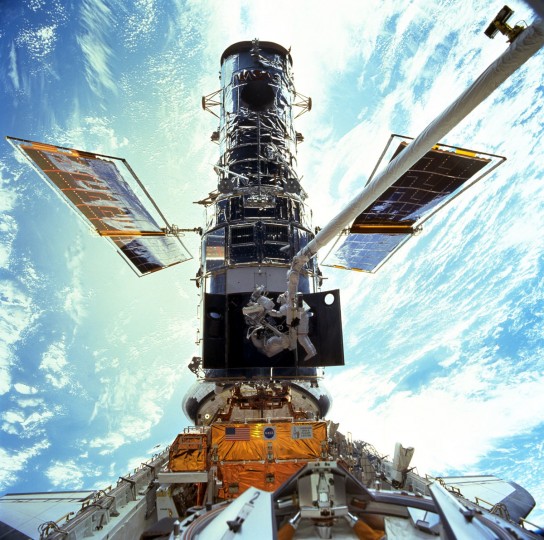 Astronauts Steven L. Smith and John M. Grunsfeld are photographed during an extravehicular activity in the December 1999 Hubble servicing mission of STS-103, flown by Discovery. (NASA/JSC via AP)

« A fall at the Drake Relays, prosperity and fire in Manila, controversial tigers | April 24 » The Calbuco volcano erupts in Chile