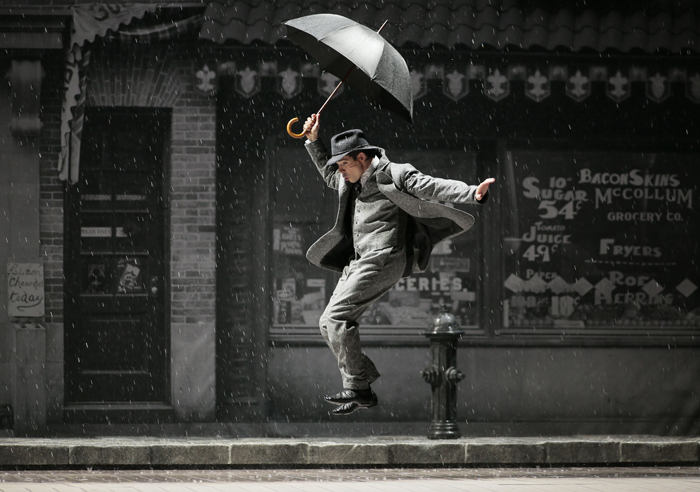 An actor performs during the general rehearsal of “Singin’ in the rain” directed by Robert Carsen, on Monday on the stage of the Theatre du Chatelet in Paris. (JACQUES DEMARTHON/AFP/Getty Images) 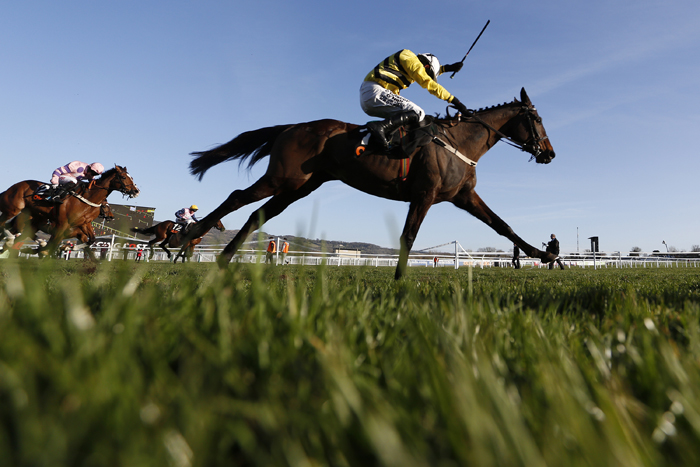 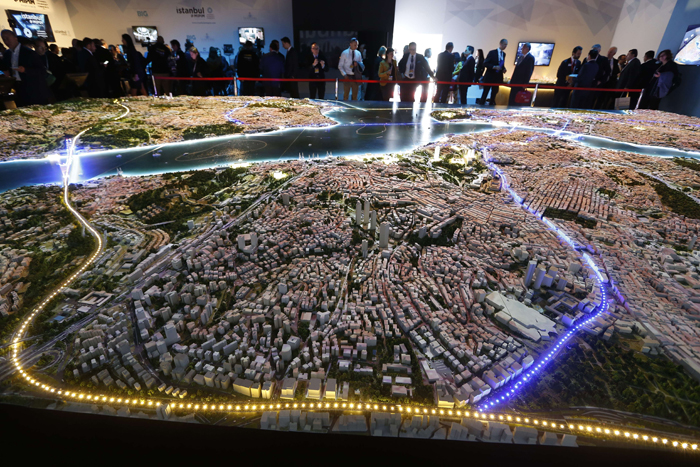 People look at a scale model of Istambul at the Palais des Festivals on Tuesday in Cannes, southeastern France, during the MIPIM, an international real estate show for professionals. (VALERY HACHE/AFP/Getty Images) 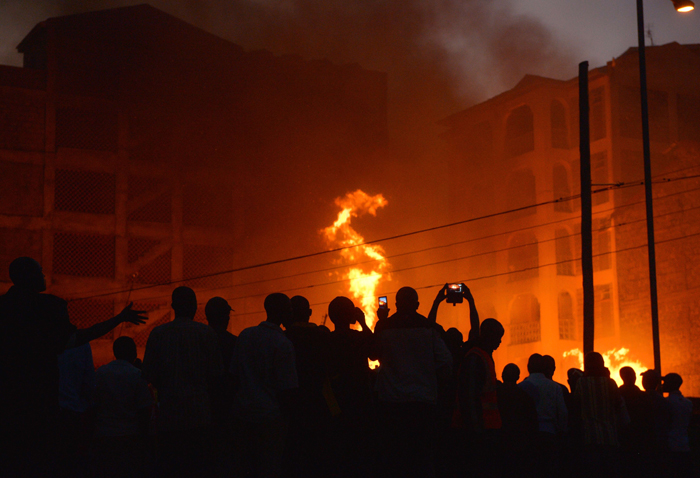 Residents of a Nairobi, Kenya, suburb use their phones to record a blaze at dusk Monday that gutted a residential plot. (TONY KARUMBA/AFP/Getty Images) 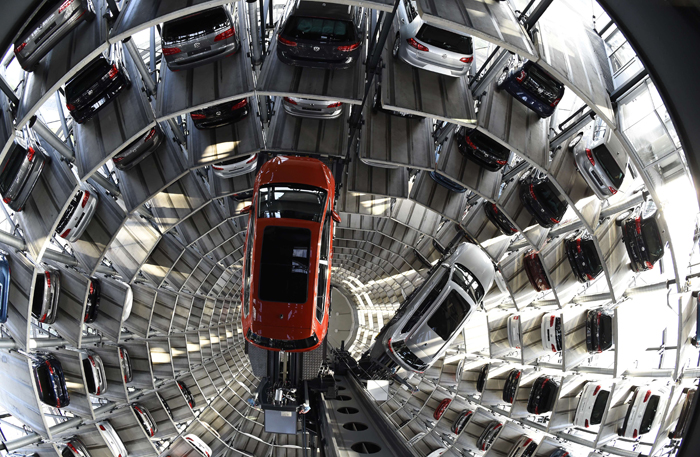 A Passatand a Golf are pictured inside the so-called cat towers of car manufacturer Volkswagen AG at the company’s assembly plant in Wolfsburg, Germany, on Tuesday. (TOBIAS SCHWARZ/AFP/Getty Images) 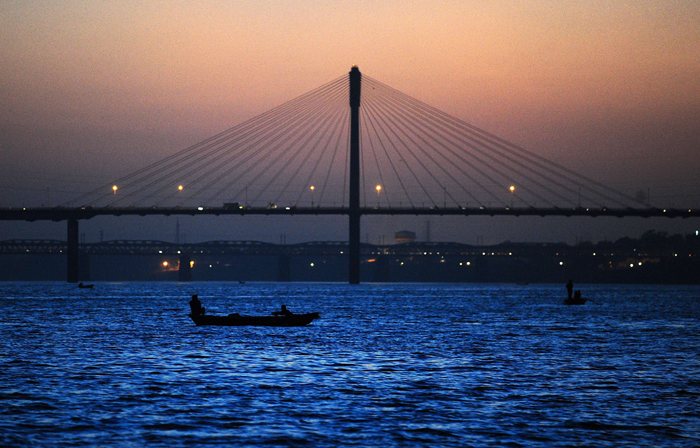 Indian boatman make their way at Sangam, the confluence of the rivers Ganges, Yamuna and the mythical Saraswati in Allahabad on Tuesday. (Sanjay Kanojia/AFP/Getty Images) 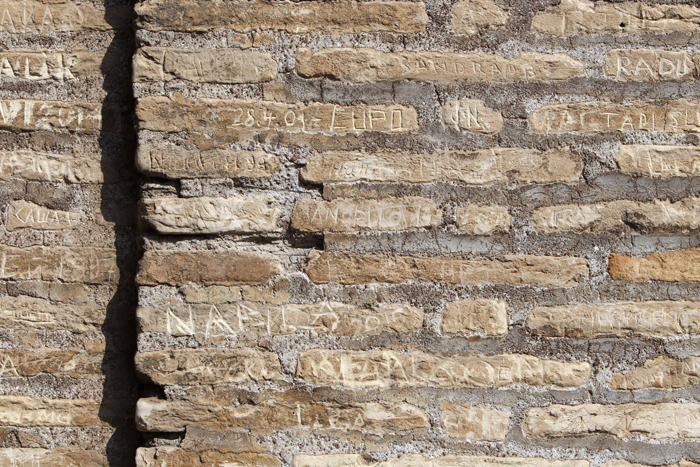 Carved writings are seen on a wall of an upper level of the Rome’s Colosseum on Tuesday. Two American tourists face charges for carving their names into the Colosseum, the latest act of vandalism sustained by the ancient monument at the hands of tourists, police said Monday. The tourists from California, 21 and 25, were cited Saturday for carving their first names 3 inches high into an upper level of the Colosseum. (Riccardo De Luca/AP) 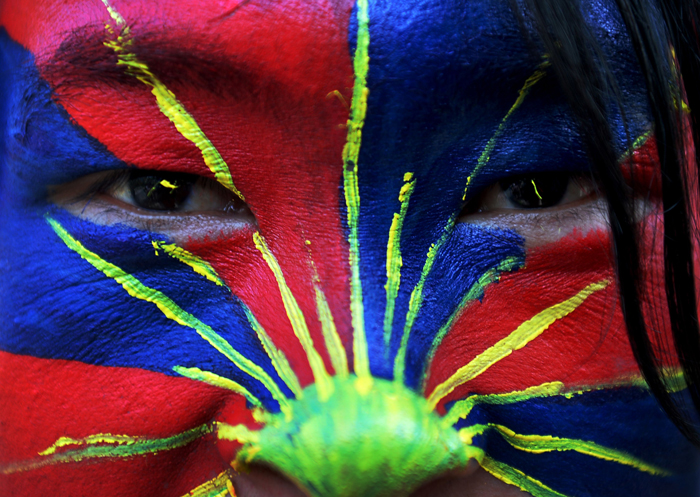 A Tibetan exile poses for a photograph during a protest in the Indian capital New Delhi on Tuesday. Scores of Tibetan protesters shouted independence slogans and waved anti-China banners in New Delhi to commemorate the anniversary of the 1959 uprising against Chinese rule. In Nepal, which is also home to thousands of Tibetan exiles, activists sang songs and made offerings to a portrait of the Dalai Lama as part of the commemorations. (Chandan Khanna/AFP/Getty Images) 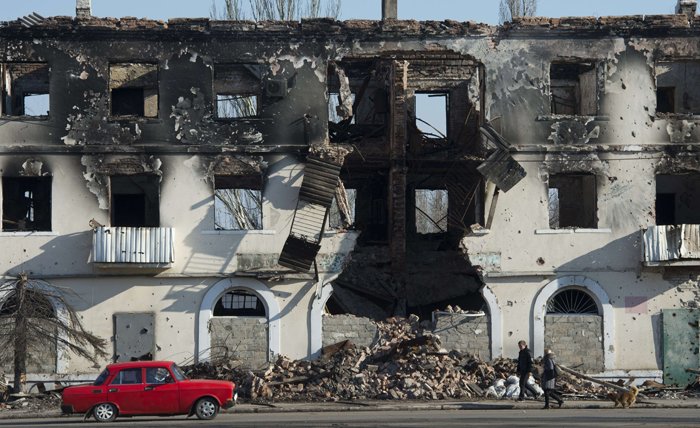 People walk past a building damaged in fighting in Vuhlehirsk, Ukraine, just south of Debaltseve on Monday. The city, captured from Ukrainian troops by soldiers of the self-proclaimed Donetsk People’s Republic on Feb. 18, and damaged in the battle, is slowly coming back to life. (JOHN MACDOUGALL/AFP/Getty Images) 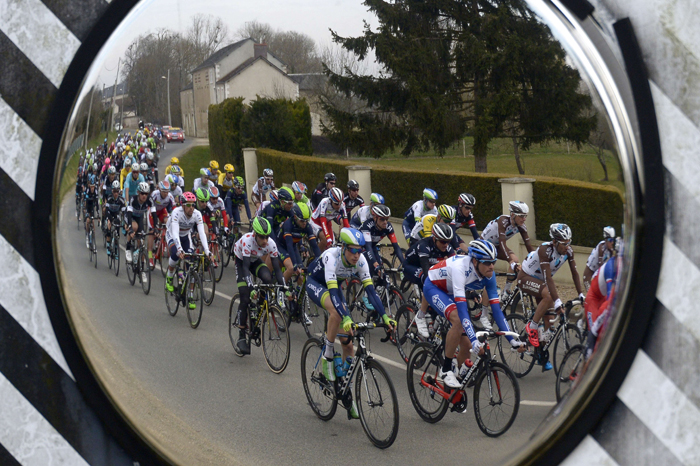 The pack is reflected in a road mirror during the second stage of the 73rd edition of the Paris-Nice cycling race, between the Beauval zoo in Saint-Aignan and Saint-Amand-Montrond, on Tuesday. (LIONEL BONAVENTURE/AFP/Getty Images) 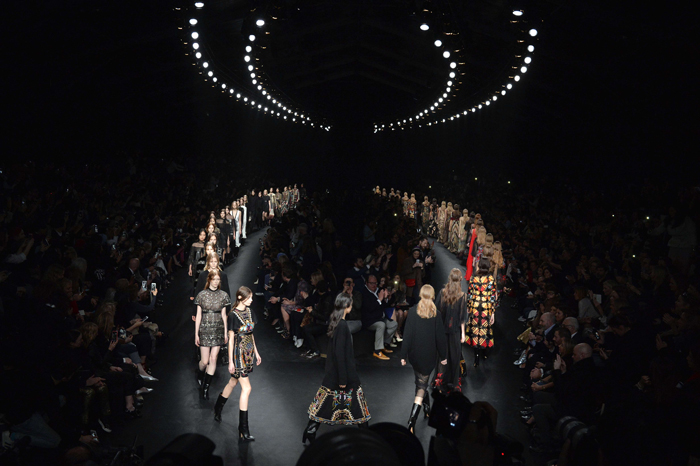 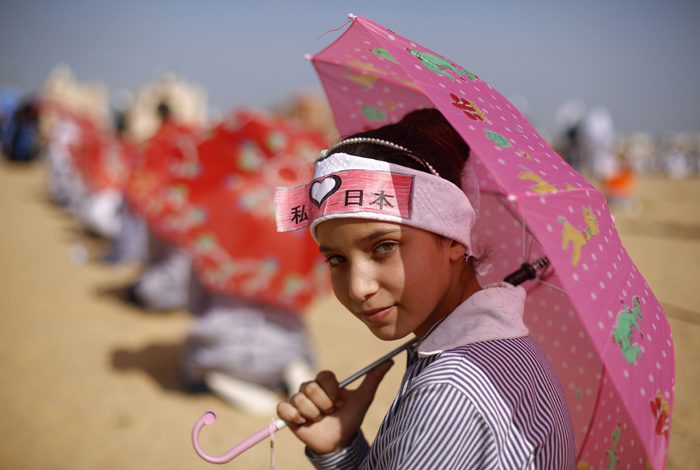 A Palestinian school girl wearing a banner on her forehead bearing Japanese writing gathers with fellow classmates in solidarity with Japan, near the Japanese-funded housing project in Khan Yunis in the southern Gaza Strip on Monday. The event was organized by the United Nations Relief and Works Agency to mark the fourth anniversary of the March 11, 2011, earthquake and tsunami that killed thousands and set off a nuclear crisis in Japan. (MOHAMMED ABED/AFP/Getty Images) 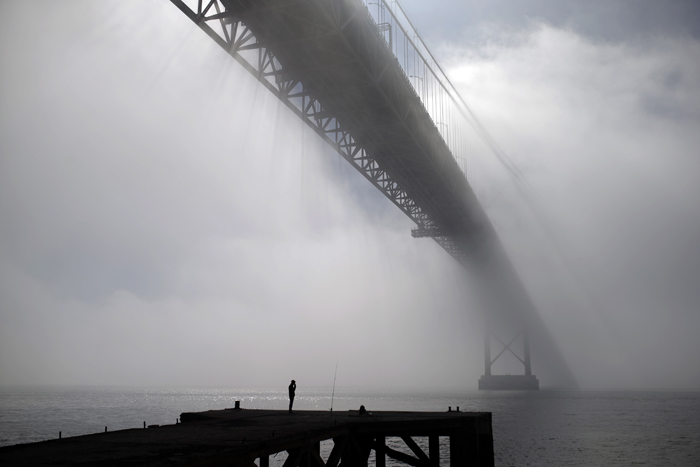 A fisherman smokes a cigarette as he waits near his rod under the April 25th Bridge by the Tagus riverbank during a foggy morning, in Lisbon on Tuesday. The bridge was named for the date the Carnations revolution restored democracy in Portugal in 1974. (Francisco Seco/AP) 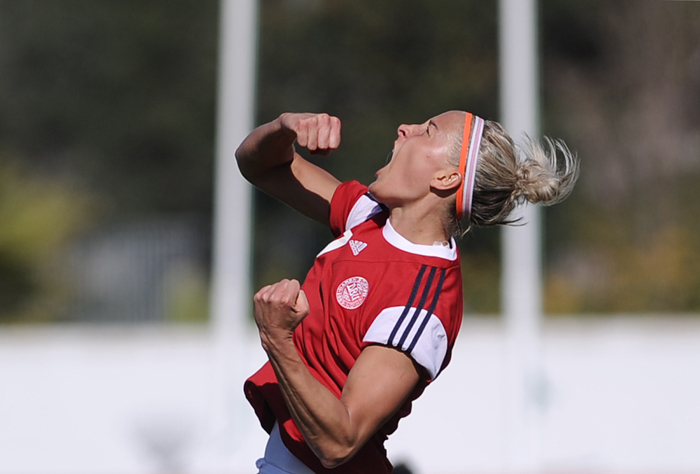 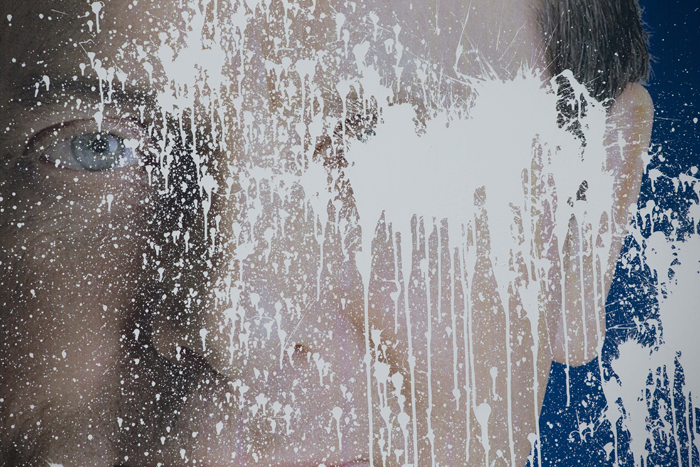