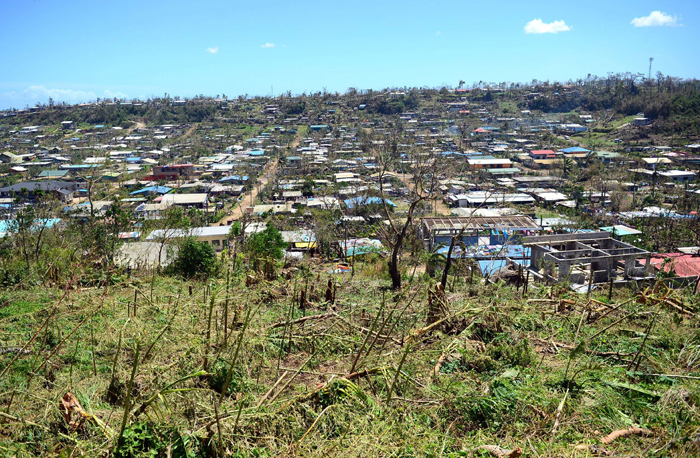 A view of part of Vanuatu’s capital Port Vila on Tuesday after Cyclone Pam ripped through the island nation. Vanuatu warned it faces imminent food shortages as accounts emerged of huge damage to a large outer island, days after one of the fiercest cyclones on record pummelled the sprawling Pacific nation. (JEREMY PIPER/AFP/Getty Images) 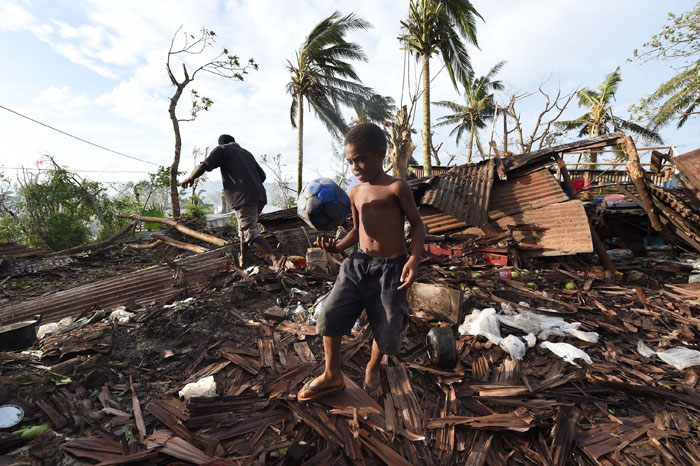 This photo taken on Monday shows a young boy kicking a ball as his father searches through the ruins of their family home in Vanuatu’s capital Port Vila after Cyclone Pam ripped through the island nation. (DAVE HUNT/AFP/Getty Images) 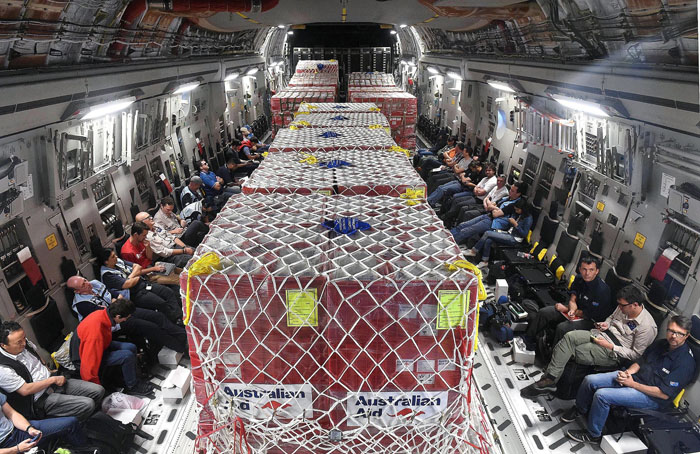 This photo taken on Monday shows an Australian RAAF C-17 Globemaster plane full of aid on the way to Vanuatu’s airport in the capital Port Via after Cyclone Pam ripped through the island nation. The UN said on Tuesday that 24 people had been killed by Cyclone Pam, as the Pacific nation’s president pleaded for help to rebuild the archipelago’s “completely destroyed” infrastructure. (DAVE HUNT/AFP/Getty Images) 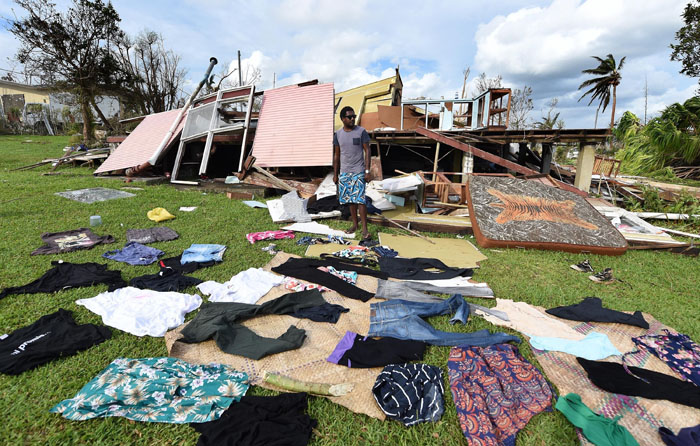 This photo taken on Monday shows clothes being laid out to dry outside a destroyed home in Vanuatu’s capital Port Vila after Cyclone Pam ripped through the island nation. (DAVE HUNT/AFP/Getty Images) 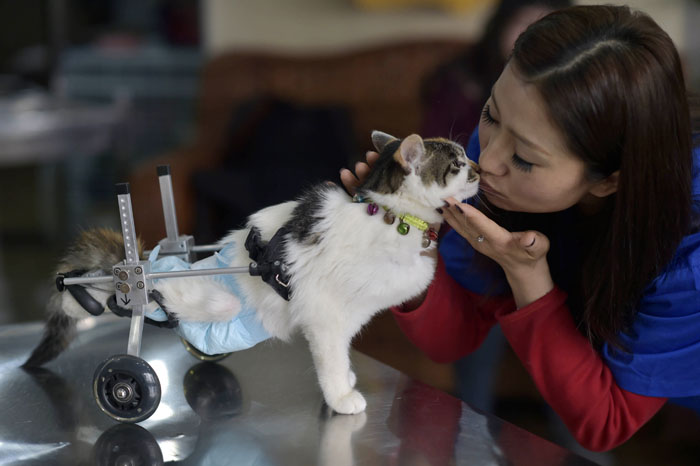 Eight-month old cat Hei Hudie, meaning “black butterfly,” walks with a special aid Monday in a pet hospital in China’s southwest Chongqing municipality. With the help of some good Samaritans, Hei Hudie had four surgeries within five months after it fell from the 10th floor of a building, and recovered with both of its hind legs disabled. Doctors equipped the cat with a special wheelchair to help it walk, local media reported. (PHOTOSTR/AFP/Getty Images) 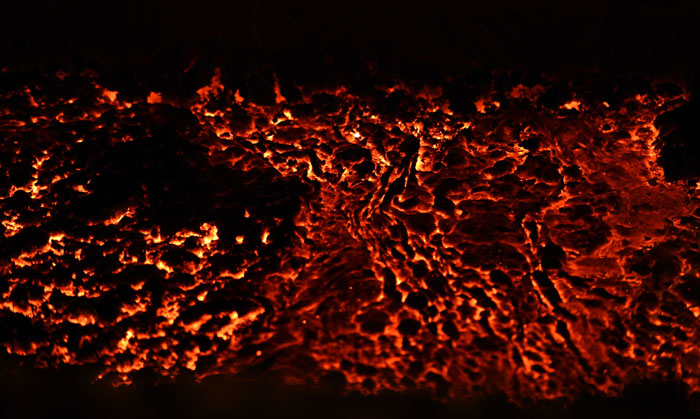 Melted iron is pictured at a furnace of the production site of German steel technology group Salzgitter AG in Salzgitter on Tuesday. (TOBIAS SCHWARZTOBIAS SCHWARZ/AFP/Getty Images) 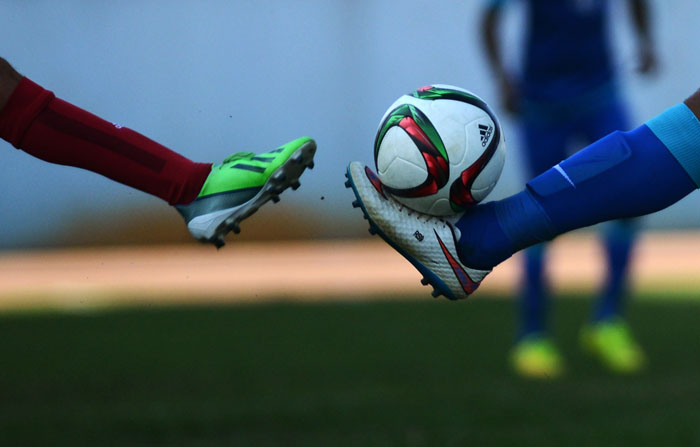 Nepalese and Indian soccer players vie for the ball during a qualifier match for the FIFA World Cup Russia 2018 at Dasrath Stadium in Kathmandu, Nepal, on Tuesday. The march ended in a draw. (PRAKASH MATHEMA/AFP/Getty Images) 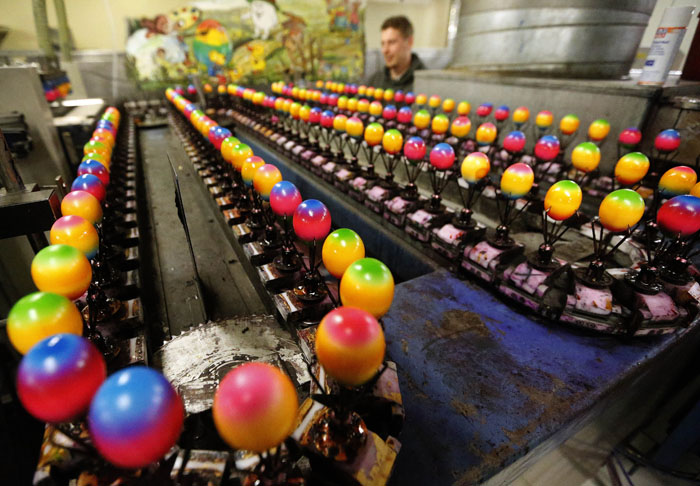 A worker checks the quality of different colored eggs at the Baumeister Frischei company in Breckerfeld, Germany, on Tuesday (Frank Augstein/AP) 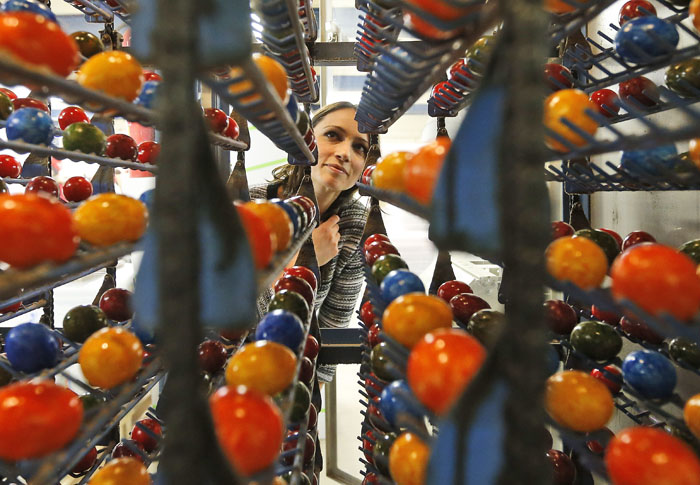 A worker checks the quality of different colored eggs at the Baumeister Frischei company in Breckerfeld, Germany, on Tuesday. 100,000 colored boiled eggs leave the egg paint factory every day. Baumeister eggs are well known for their different and difficult paintings. Painted eggs are common in Christian traditions during Easter. (Frank Augstein/AP) 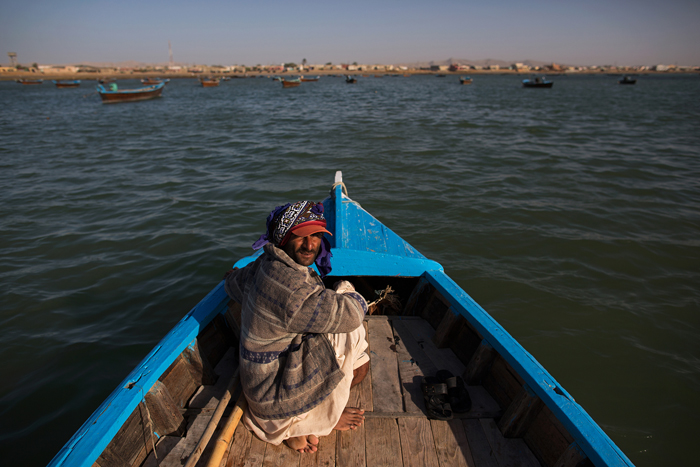 Fishing boat owner Arshad Baloch returns to the village of Abdul Rehman Goth, Pakistan, on Feb. 24 after a weeklong fishing trip. Boats travel farther from the harbor to catch fish because of a decline in fish near the shoreline. (Max Becherer/Polaris Images for The Washington Post) 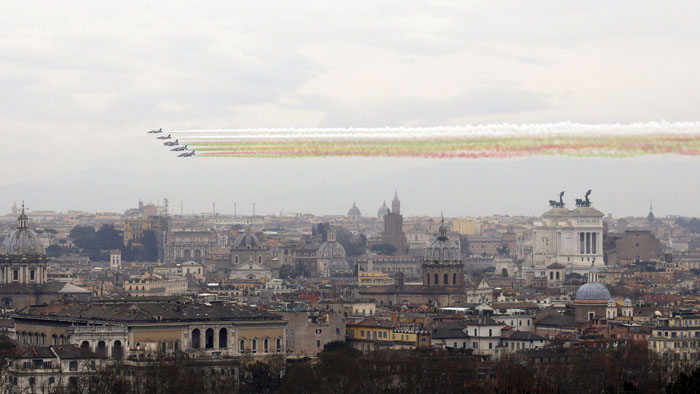 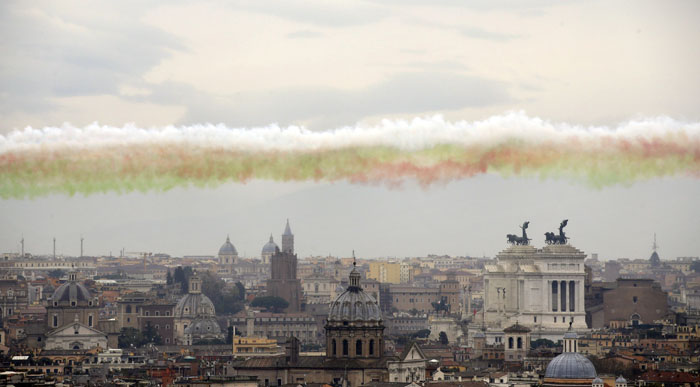 Smoke trails in the colors of the Italian national flag are released by The “Frecce Tricolori” Italian Air Force acrobatic squad as they fly over Rome on Tuesday to mark the 154th anniversary of the Italian Unification. (Gregorio Borgia/AP) 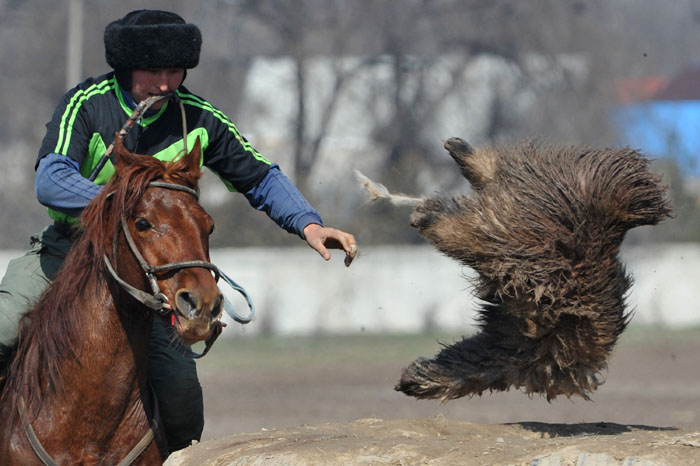 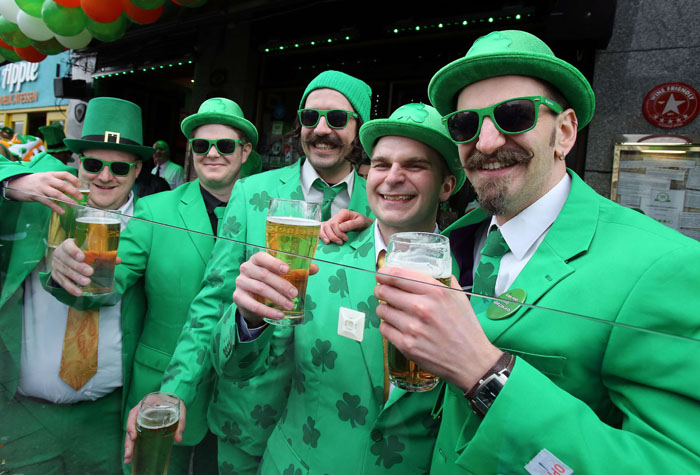 Revelers pose for pictures as they take part in the St Patrick’s Day Parade in Dublin on Tuesday. (PAUL FAITH/AFP/Getty Images) 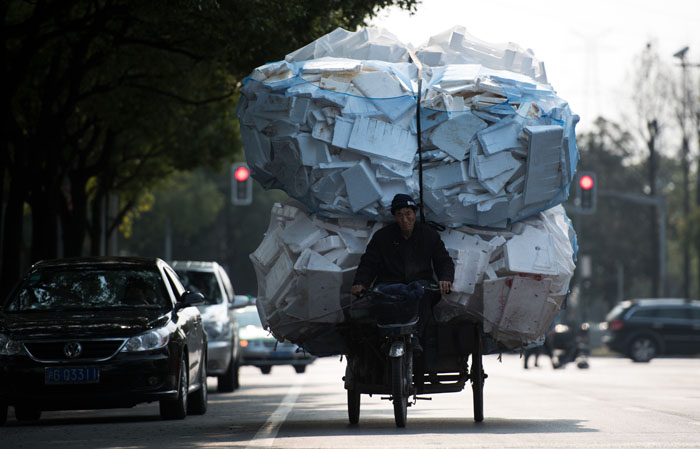 A man rides his tricycle loaded with polystyrene boxes in Shanghai on Tuesday. The world’s second-largest economy expanded 7.4 percent last year, the slowest since 1990, as authorities try to transform the growth model to one in which consumer spending takes over as the key engine. (JOHANNES EISELE/AFP/Getty Images) 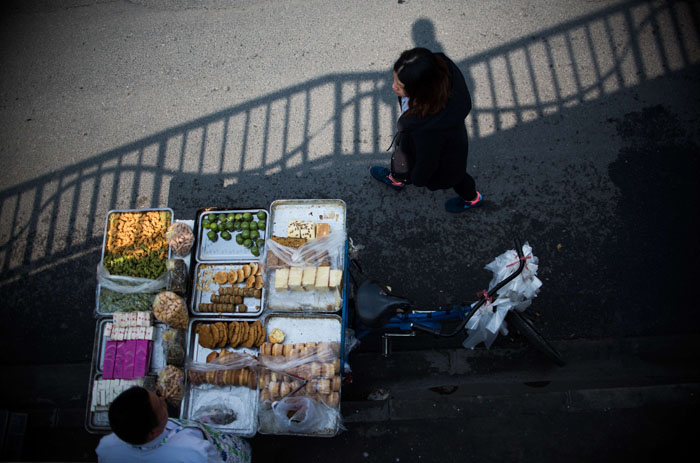 A vendor sells Chinese sweets at a market along a street in Shanghai on Tuesday. (JOHANNES EISELE/AFP/Getty Images) 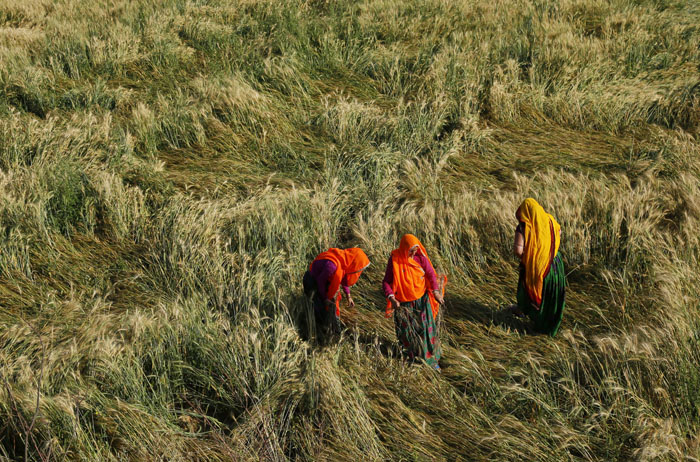 Indian farmers look at wheat crop that was damaged in an unseasonal rainfall and hailstorm in the village of Govingpura, on the outskirts of Jaipur, Rajasthan state, India, on Tuesday. The recent rainfall over large parts of northwest and central India has massively damaged standing crops. (Deepak Sharma/AP) 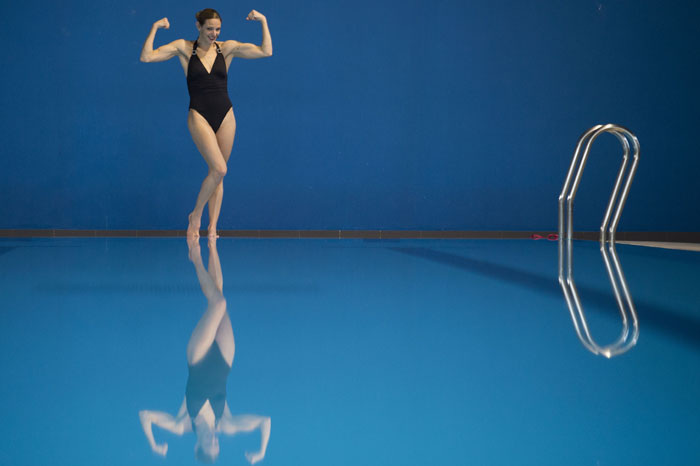 « Walking the high wire: El Caminito del Rey » St. Patrick’s Day (not quite) for all