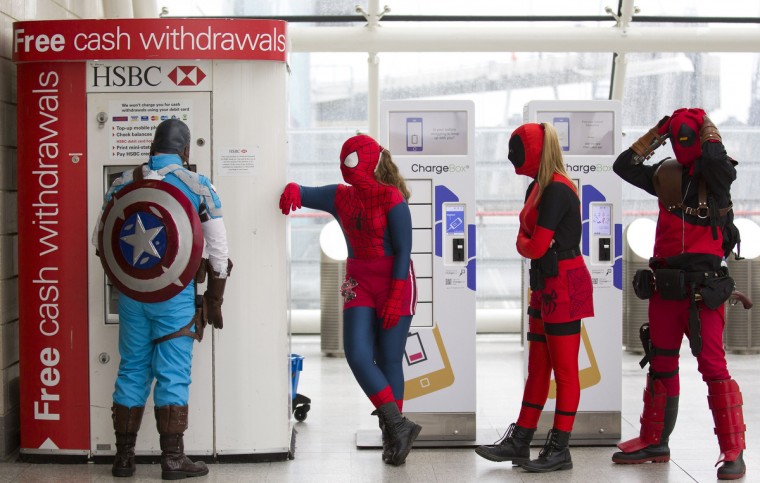 A man dressed as Captain America (R) poses withdrawing cash from a cash point next to other visitors dressed as (LtoR) Spider Woman, Lady Deadpool and Assassin Creed Deadpool on the second day of the London Super Comic Convention at the ExCel centre in east London, on March 15, 2015. (Justin Tallis/Getty Images) 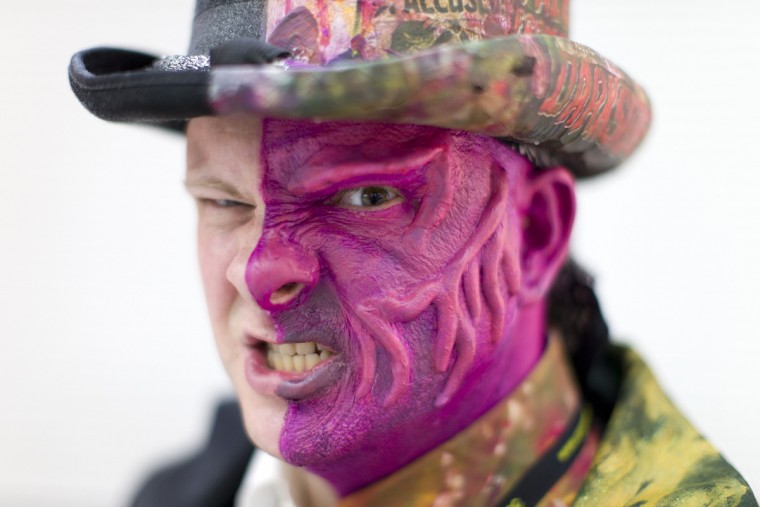 Dante Heart from Plymouth dressed as “Two Face” from Batman poses for a photograph on the second day of the London Super Comic Convention at the ExCel centre in east London, on March 15, 2015. (Justin Tallis/Getty Images) 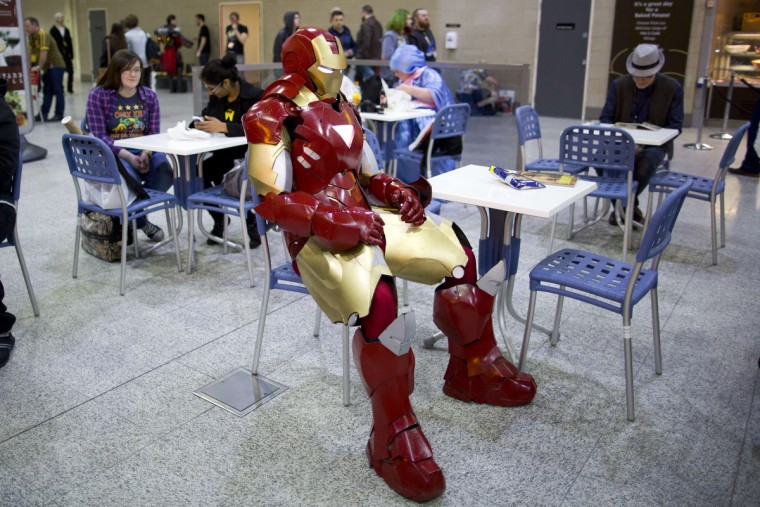 A man dressed as Ironman takes a seat in the cafeteria on the second day of the London Super Comic Convention at the ExCel centre in east London, on March 15, 2015. (Justin Tallis/Getty Images) 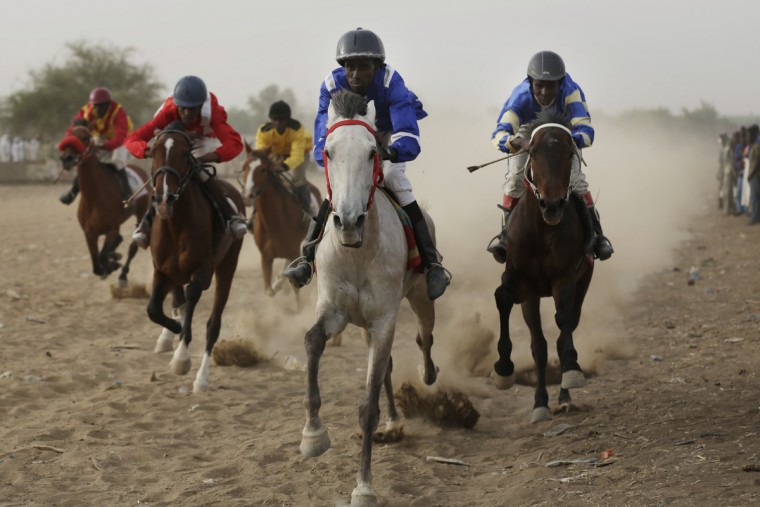 Chadian jockeys race to the finish line during an afternoon of races at the hippodrome in N’djamena, Chad, Sunday March 15, 2015. Horse races take place every Sunday, bringing hundreds of spectators willing to brave the excruciating heat to watch their favorite sport.(AP Photo/Jerome Delay) 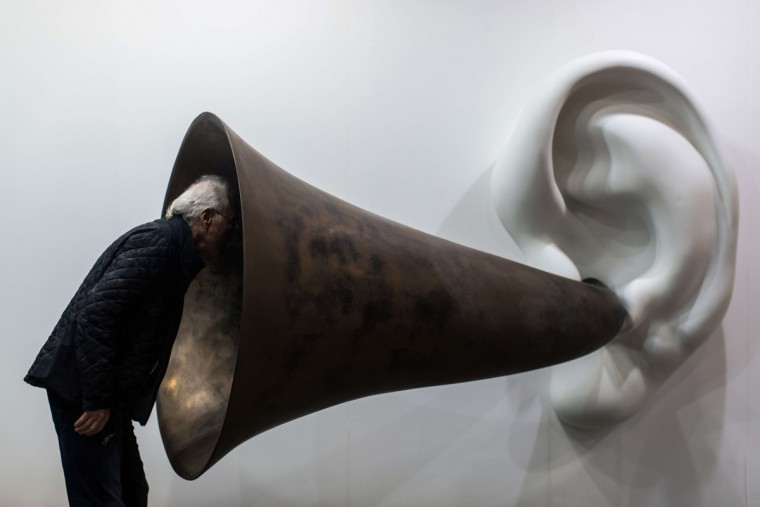 A visitor peers into US artist John Baldessari’s “Beethoven’s Trumpet (With Ear) Opus # 133” at the Art Basel fair in Hong Kong on March 15, 2015. Hong Kong’s biggest art fair, Art Basel, opened its doors with thousands of visitors expected for a city-wide canvas of creativity and commerce. (Anthony Wallace/Getty Images) 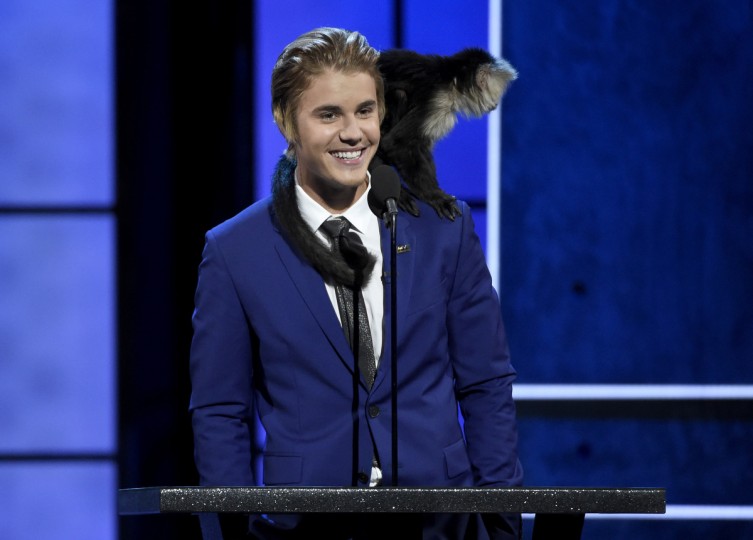 A monkey rests on Justin Bieber’s shoulder as he speaks at the Comedy Central Roast of Justin Bieber at Sony Pictures Studios in Culver City, Calif. (Chris Pizzello/Invision/AP) 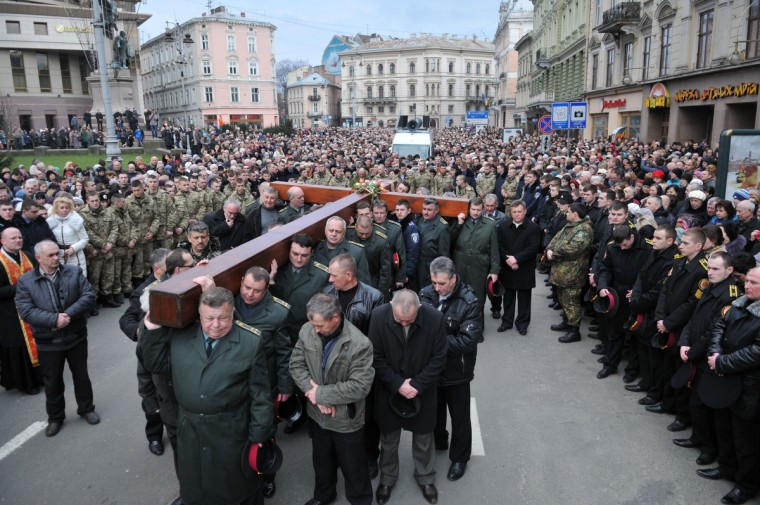 Servicemen carry a huge wooden cross during a prayer service in the main street in Ukraine’s western city of Lviv on Sunday, March 15, 2015. (AP Photo/Pavlo Palamarchuk) 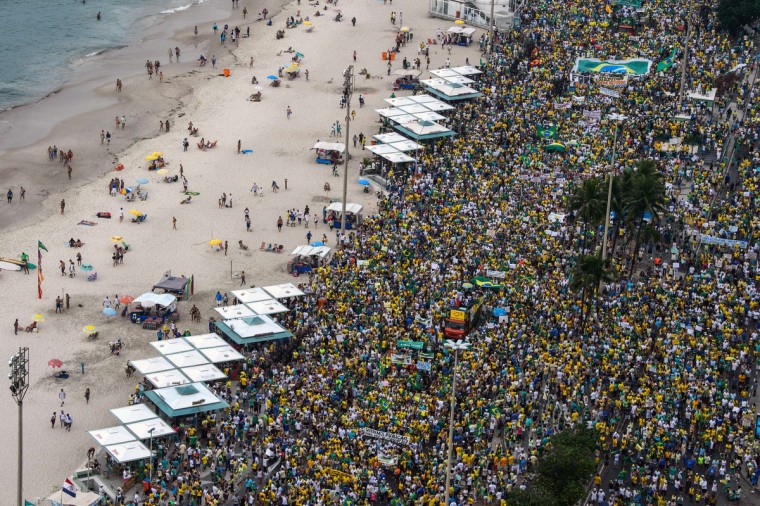 Demonstrators rally to protest against the government of president Dilma Rousseff in Copacabana Beach in Rio de Janeiro, Brazil on 15 March, 2015. Thousands of demonstrators wearing the yellow-green national colors protested Sunday in several cities of Brazil against president Dilma Rousseff, who is facing a complex economic panorama and a political corruption scandal. (Yasuyoshi Chiba/Getty Images) 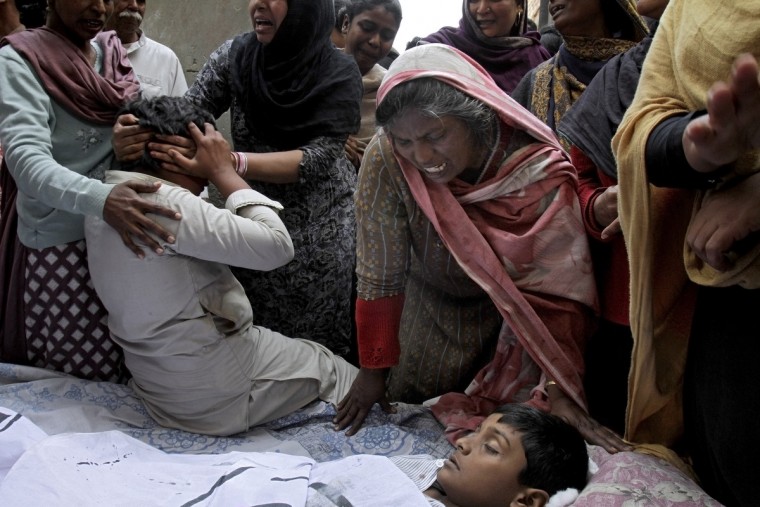 A Pakistani Christian family mourn next to the lifeless body of a boy who was killed from a suicide bombing attack near two churches in Lahore, Pakistan, Sunday, March 15, 2015. Suicide bombers exploded themselves near two churches in the eastern city of Lahore on Sunday as worshippers were gathered inside, killing at least a dozen people, officials said, in the latest attack against religious minorities in the country. (AP Photo/K.M. Chaudary) 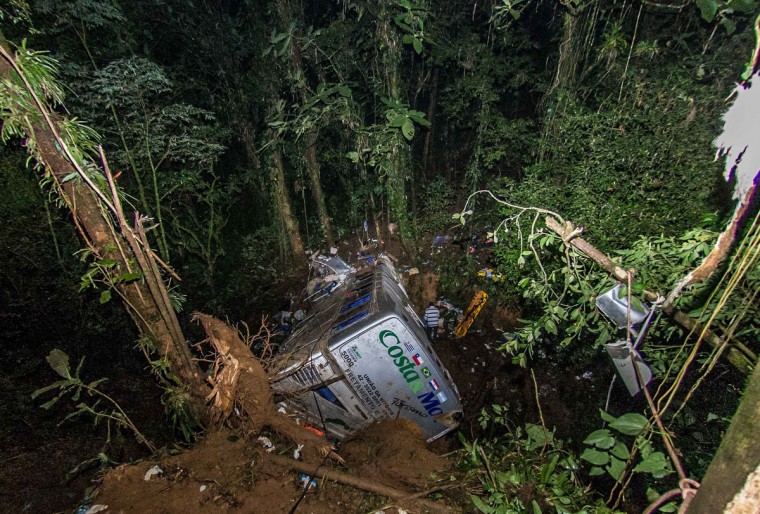 Rescue personnel work at the site where a tourist bus crashed killing at least 54 people, near the city of Joinville, southern state of Santa Catarina, Brazil, Sunday, March 15, 2015. The Brazilian government raised the death toll of a bus accident to 54 while police continued their search for more victims Sunday in the rugged lands of southern Brazil. The dead include at least eight young children, three adolescents, 24 women and 14 men, the government of Santa Catarina state said in a statement earlier Sunday, when the death toll stood at 49. (AP Photo/Eduardo Valente-Agencia O Globo) 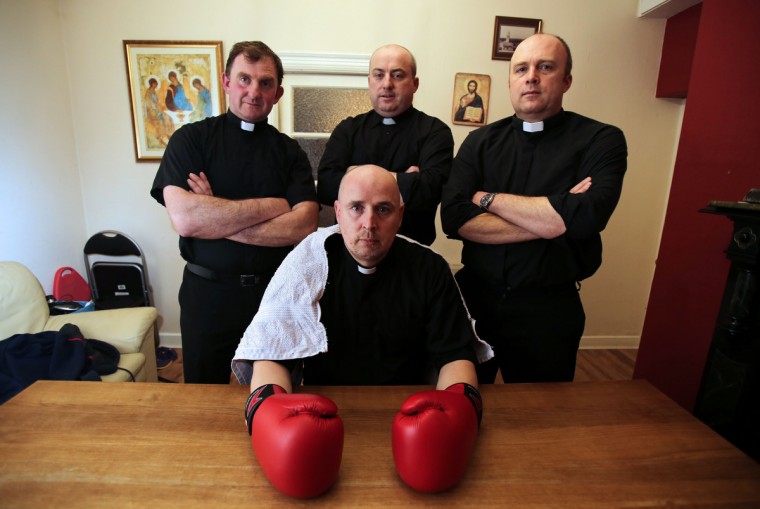 Irish Catholic priest Pierre ‘Jalapeno’ Pepper (front) poses with his backroom team in his church house St Rynaghs ahead of a boxing fight in Banagher, Republic of Ireland. The Irish Catholic priest gave a whole new meaning to “white collar boxing” at the weekend after taking to the ring to battle a parishioner in a charity fight. (Paul Faith/Getty Images) 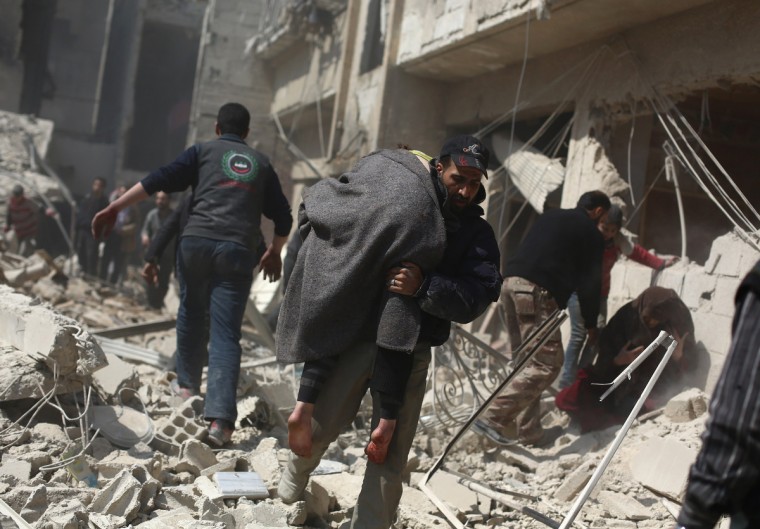 A man carries a wounded person in the rebel-held area of Douma, east of the Syrian capital Damascus, following reported air strikes by regime forces on March 15, 2015. (Abd Doumany/Getty Images) 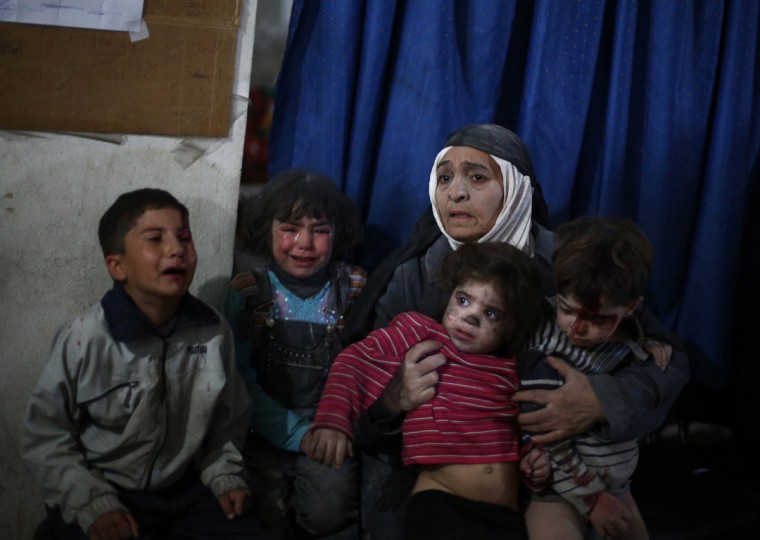 A Syrian woman holds children as they wait for treatment at a make-shift clinic in the rebel-held area of Douma, east of the capital Damascus, following reported air strikes by government forces on March 15, 2015. (Abd Doumany/Getty Images) 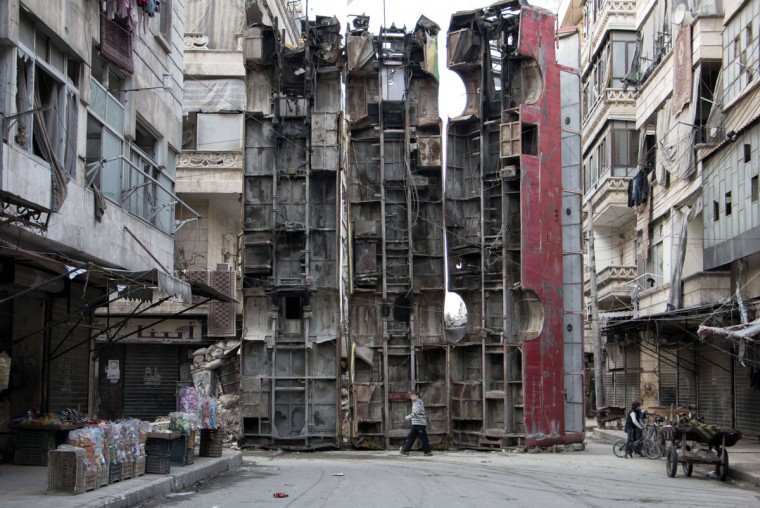 A young boy walks past a makeshift barricade made of wreckages of buses to obstruct the view of regime snipers and to keep people safe in the rebel-held side of the northern Syrian city of Aleppo. Syria’s conflict enters its fifth year on March 15, 2015 with the regime emboldened by shifting international attention and a growing humanitarian crisis exacerbated by the rise of the Islamic State group. (Karam Al-Masri/Getty Images) 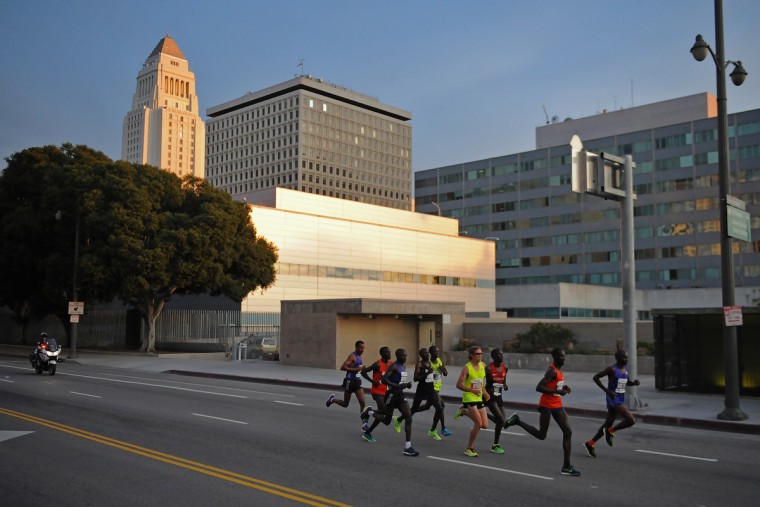 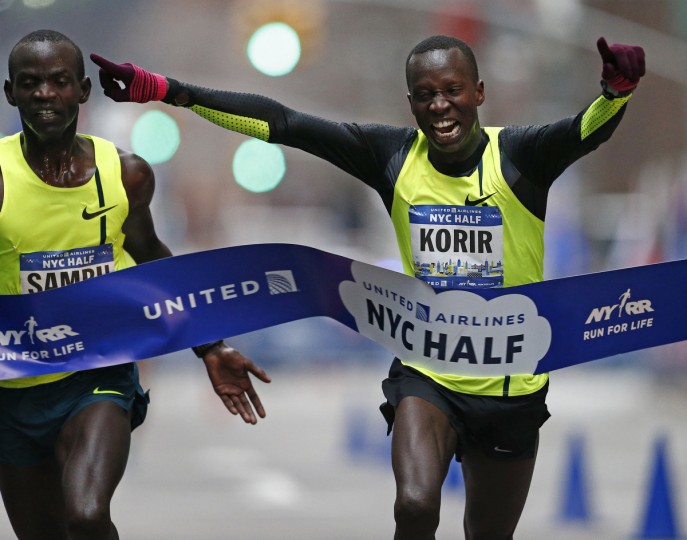 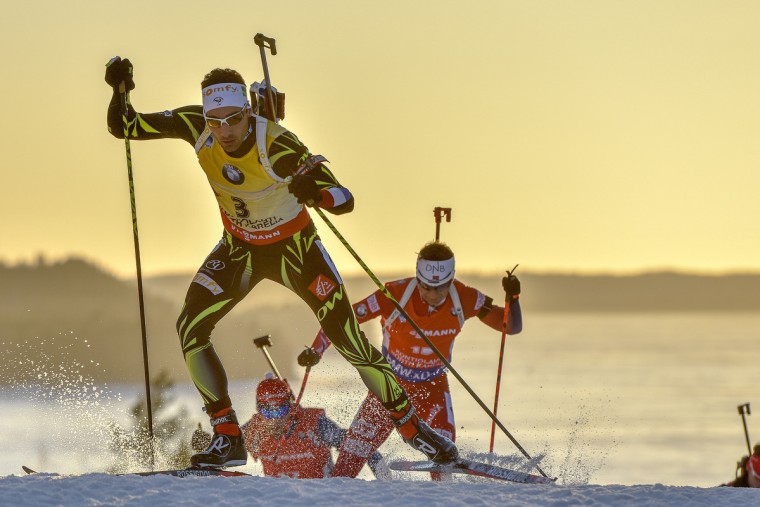 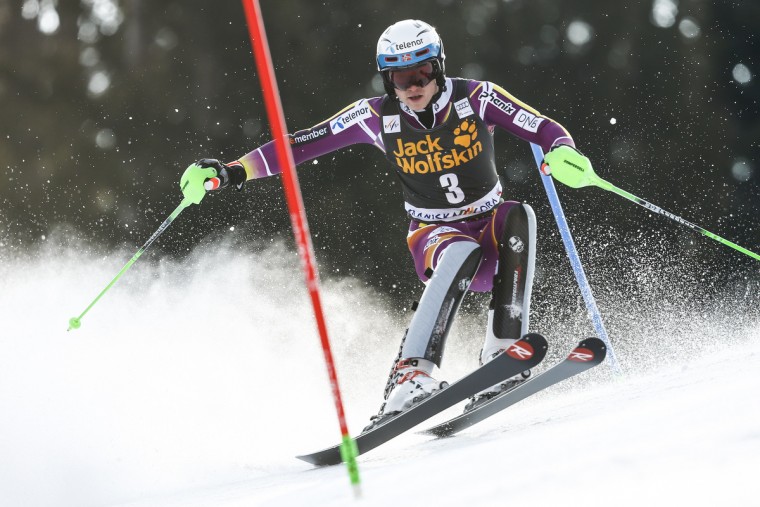 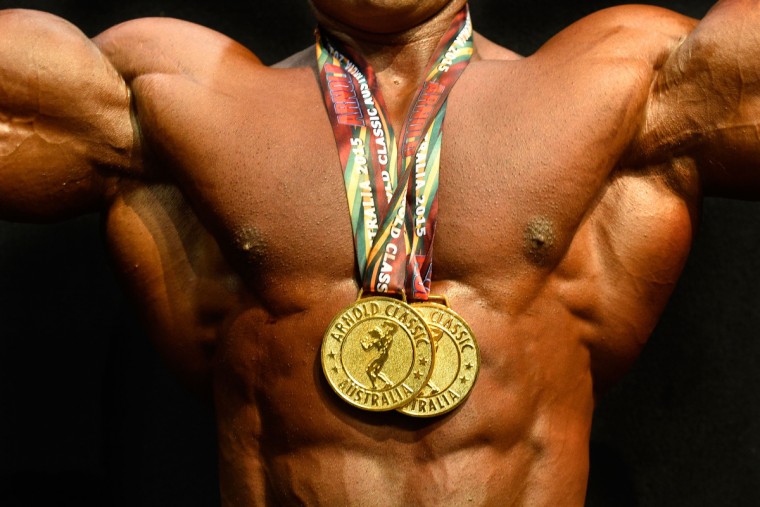 Atif Anwar, winner of Arnold Classic over 100 class poses with his medals at the Arnold Classic at The Melbourne Convention and Exhibition Centre on March 15, 2015 in Melbourne, Australia. (Vince Caligiuri/Getty Images) 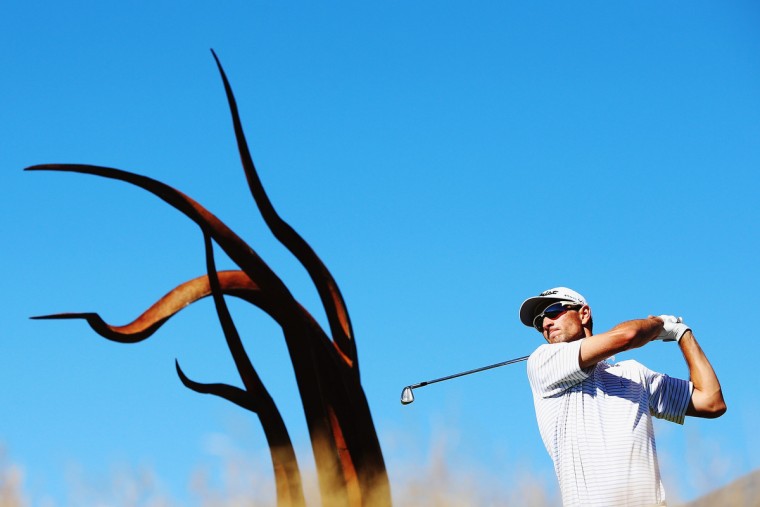 Jordan Zunic of Australia tees off during day four of the New Zealand Open at The Hills Golf Club on March 15, 2015 in Queenstown, New Zealand. (Hannah Peters/Getty Images)