From the Vault: Building the Baltimore Beltway

After 10 years of construction and $68 million spent, the Baltimore Beltway opened on July 1, 1962. At the time, its 32.8 toll-free miles made it the biggest urban highway project every undertaken by the State Roads Commission. 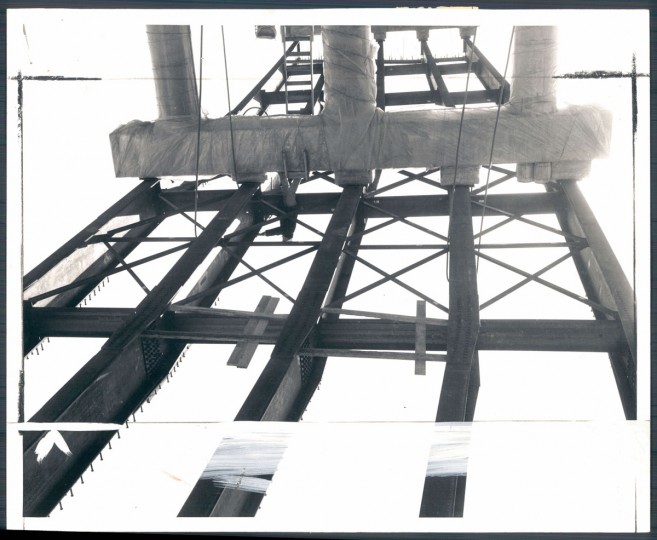 An engineer starts preliminary design work for metal decking on one of four bridges that will carry Interstate 95 over the Beltway near Arbutus. The steel girders are made of new “weathering” steel that needs no painting. The steel forms its own brown oxide coating. (Baltimore Sun archives) 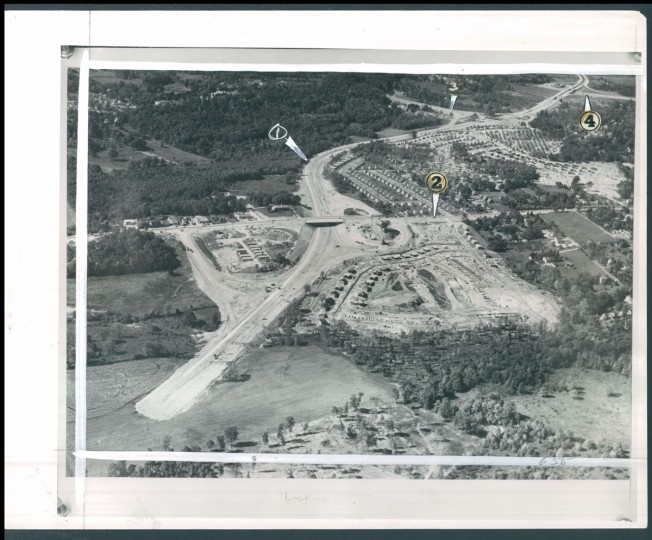 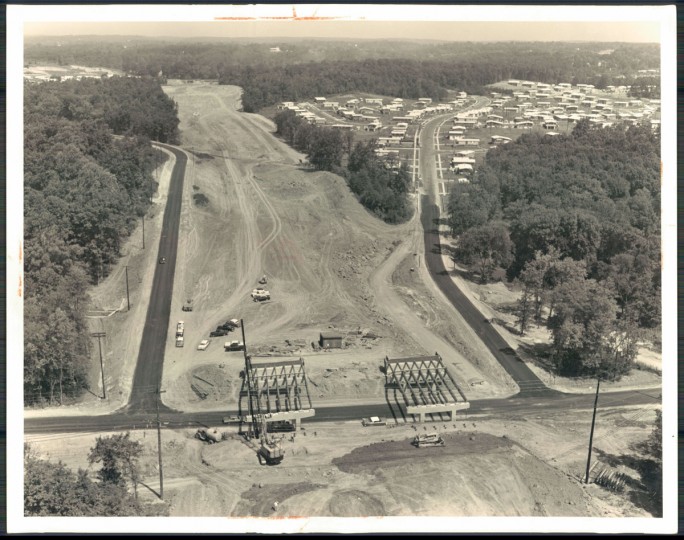 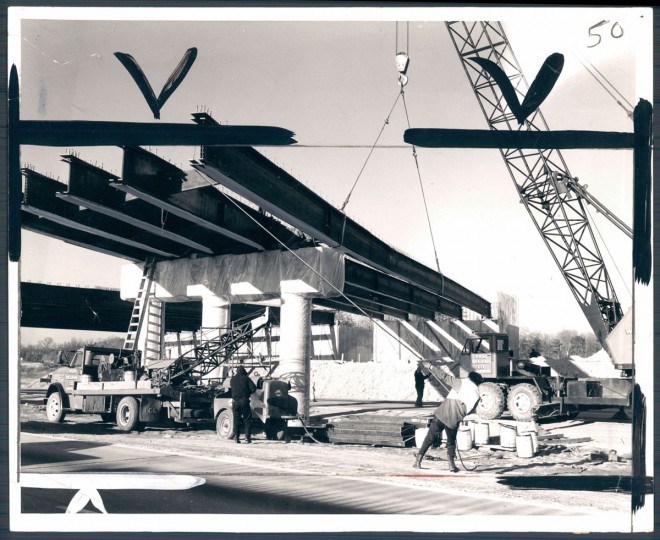 A steel girder is put in place for a bridge over the Beltway. The Bethlehem Steel Corporation, which makes the “weathering” steel, says the no-paint steel will save the state “many dollar in pain maintenance.” (Baltimore Sun archives) 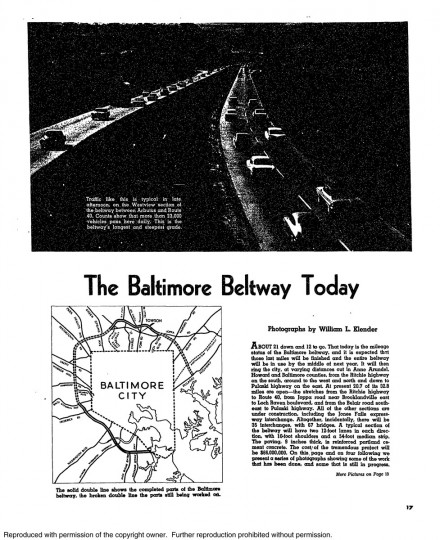 An article about the progress of the Baltimore Beltway construction on November 12, 1961. (Baltimore Sun archives) 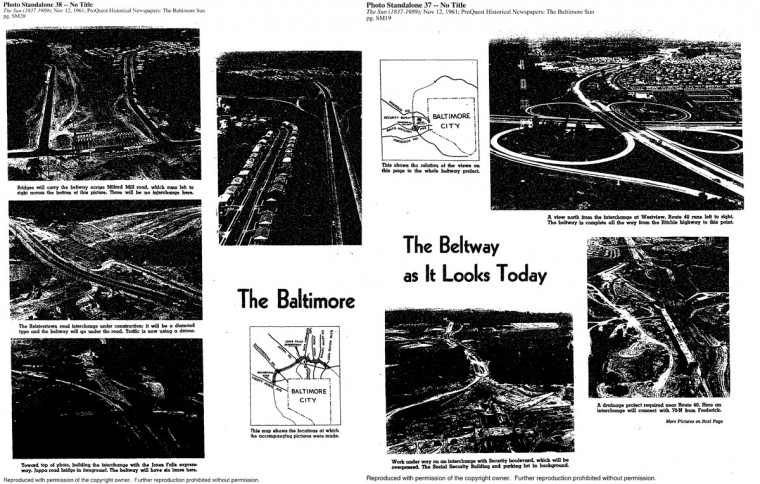 A photo spread about the progress of the Baltimore Beltway construction on November 12, 1961. (Baltimore Sun archives) 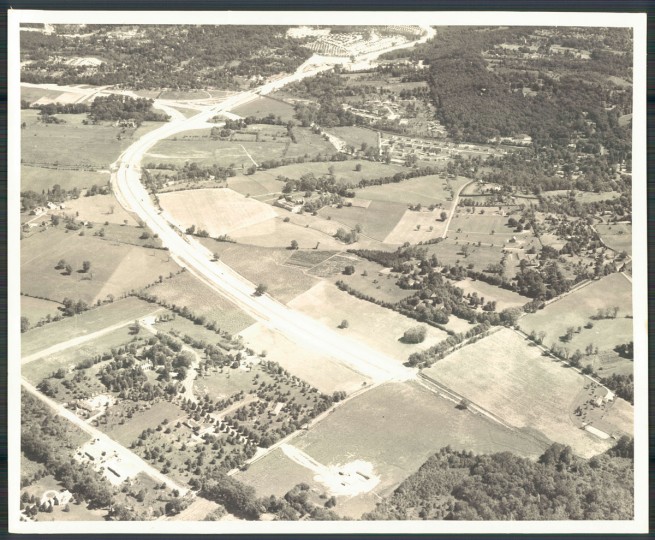 Baltimore beltway now under construction and nearing completion, between Joppa Road in the foreground and winding around to York Road just north of Towson. At the latter location, a bridge has been built to carry York Road over the beltway. In the center of the picture is the interchange where traffic from the Baltimore-Harrisburg Expressway will diffuse into the beltway and may enter Baltimore by one of several different routes. (Baltimore Sun, 1955) 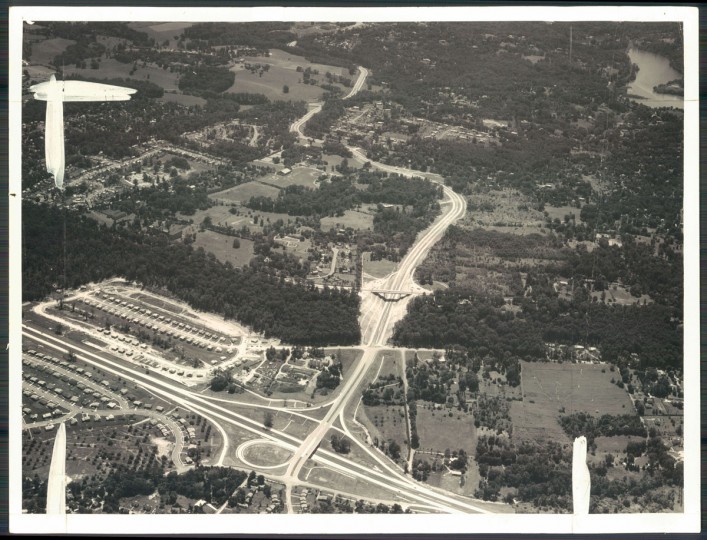 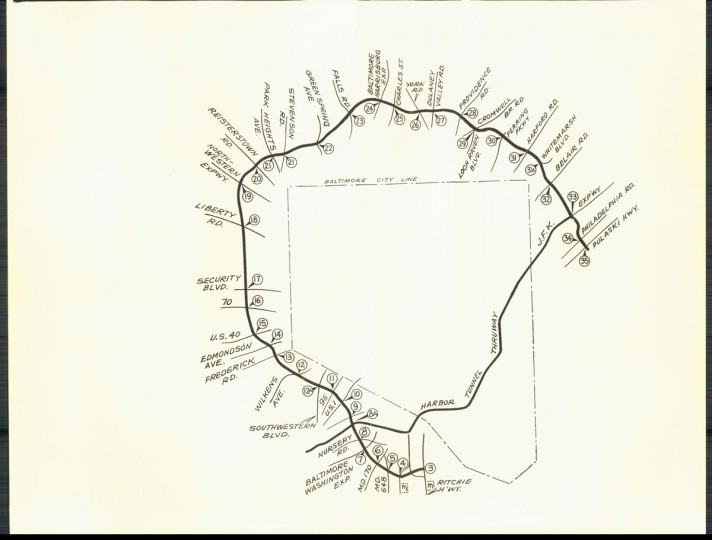 A map of the prospective exits on the beltway. (Baltimore Sun archives) 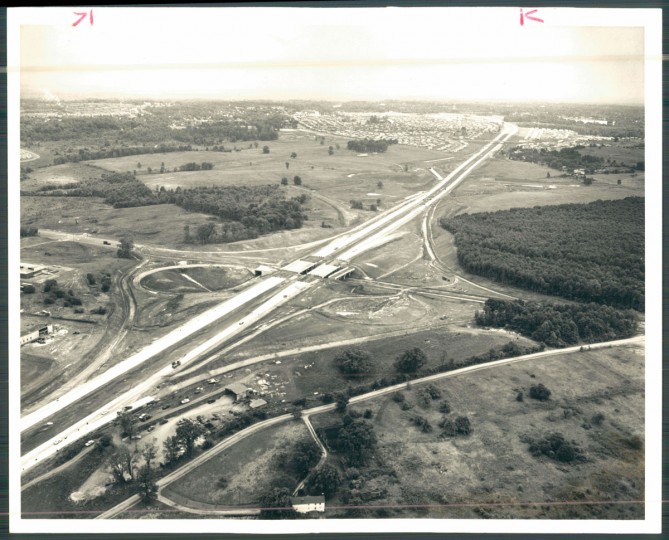 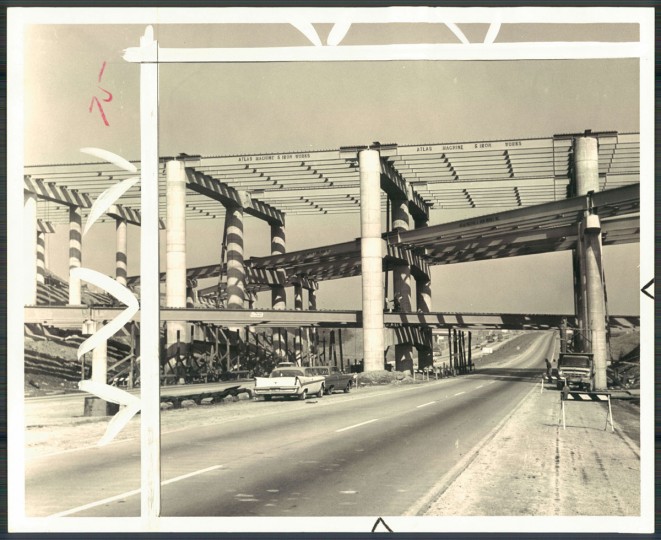 Looking more like a Los Angeles thruway interchange, this section of the Baltimore beltway, south of Security Blvd. exit, is spanned by raw steel of a bridge three tiers high whose top level will be Interstate Highway 70-N. The first and second levels of the $1,287,825 interchange, now 70% completed, will connect the Beltway to 70-N, itself under construction. (Baltimore Sun, 1965) 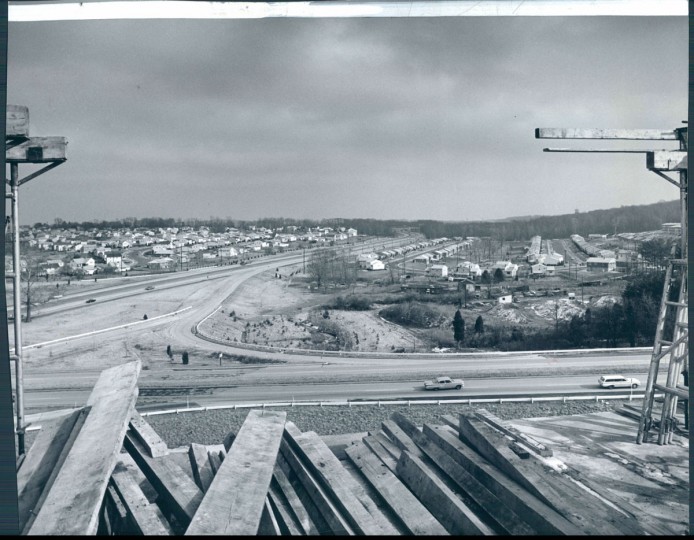 View looking east along the Beltway from the top of the Ruxton Tower Apartment complex. (Richard Stacks/Baltimore Sun, 1964) 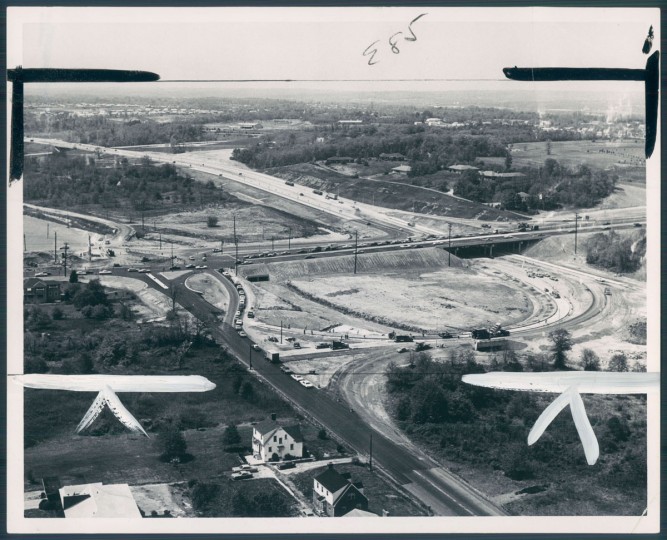 In Anne Arundel county, underpass, right, is being built under Ritchie highway for Beltway interchange. The view is looking toward the west. (George H. Cook/Baltimore Sun, 1968) 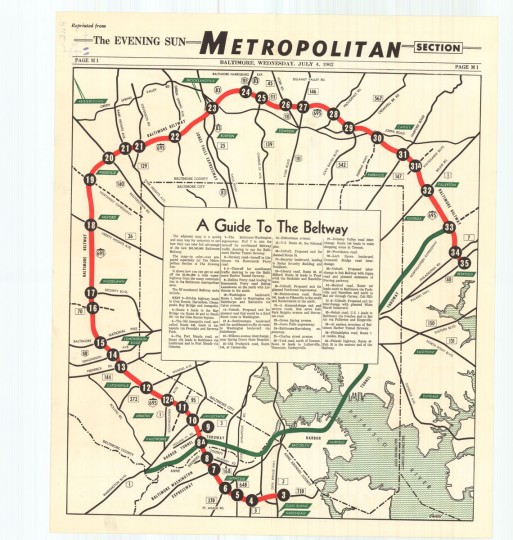 A guide to the beltway published on July 4, 1962. (Baltimore Sun archives) 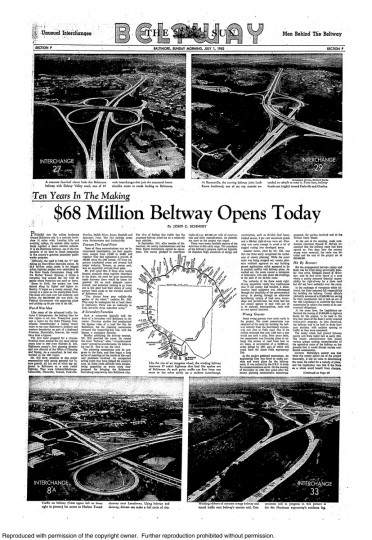 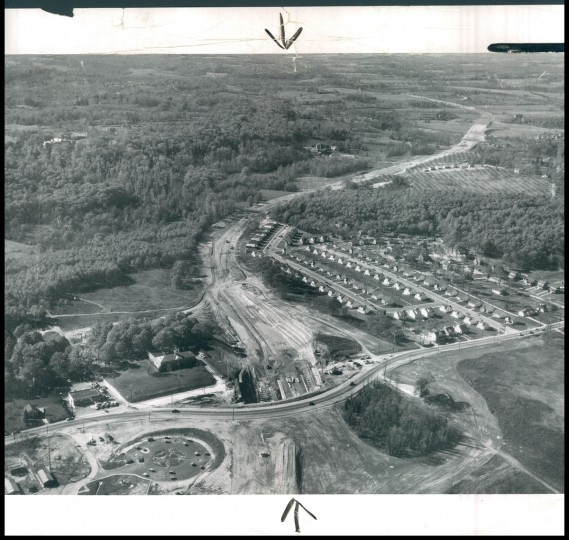 The beltway being built near York Rd. in Towson. (Robert Kniesche/Baltimore Sun, 1954) 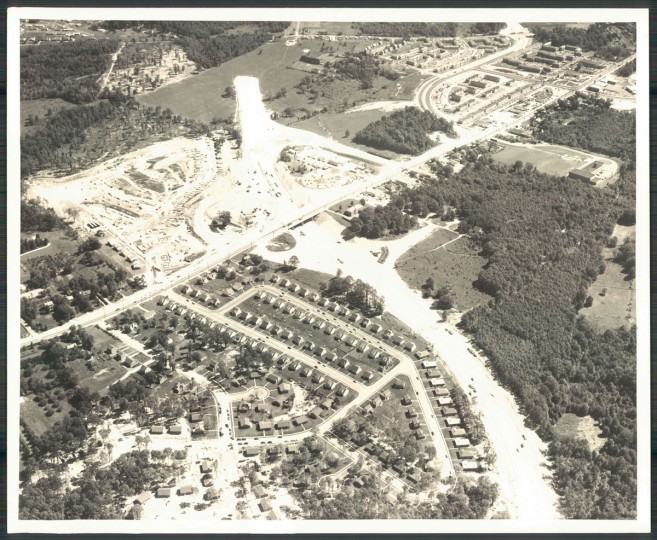 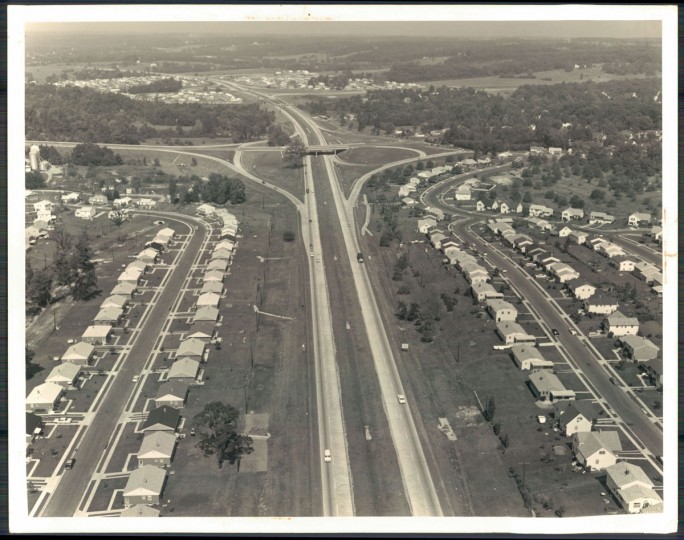 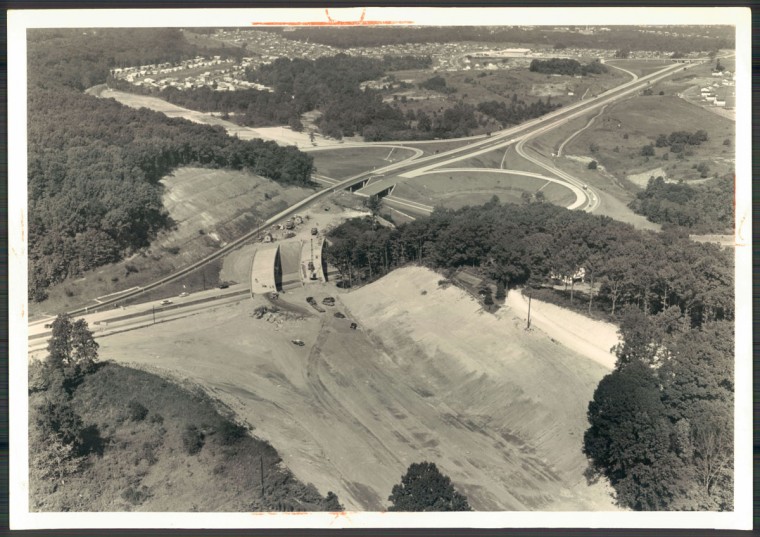 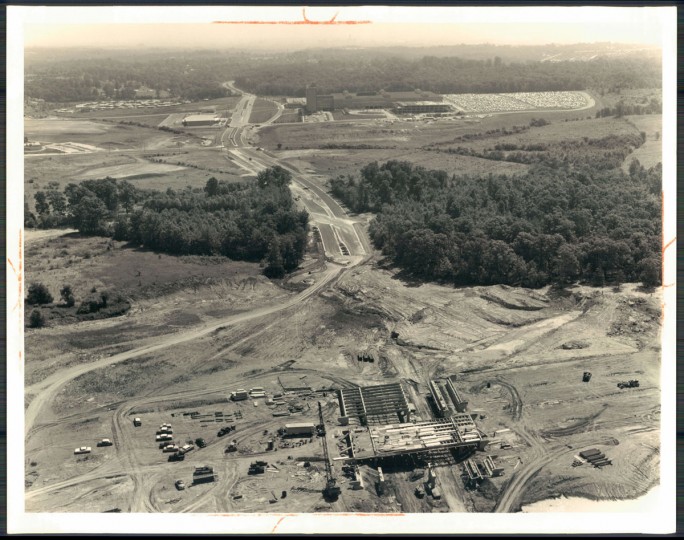 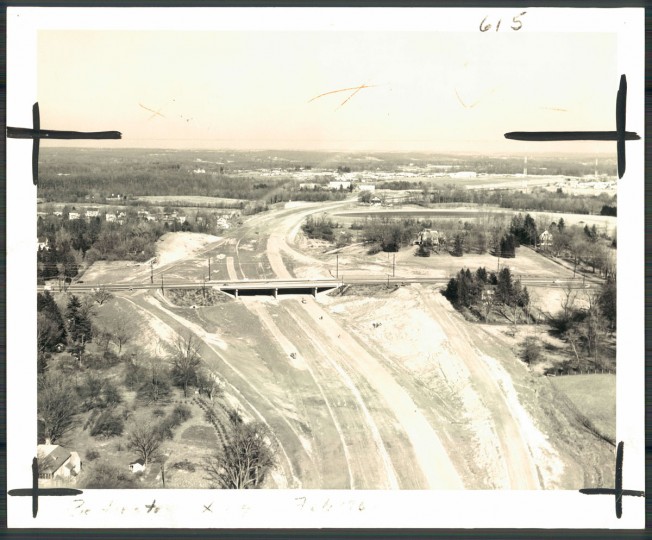 The beltway turns to the south as it goes under Reisterstown road just north of Pikesville. This Interchange will serve Reisterstown and Owings Mills on the north and Baltimore city’s northwest area. (Baltimore Sun, 1962) 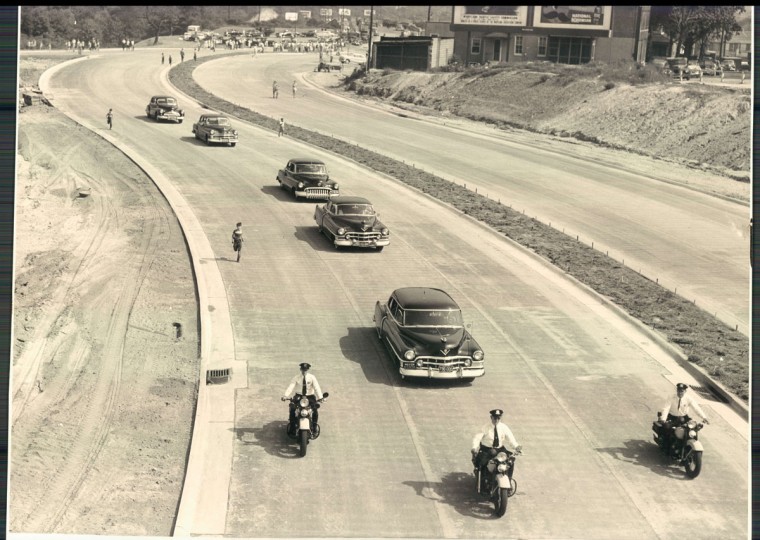 The major’s inaugural trip on the beltway after opening. (W. Ross Dunaway/Baltimore Sun) 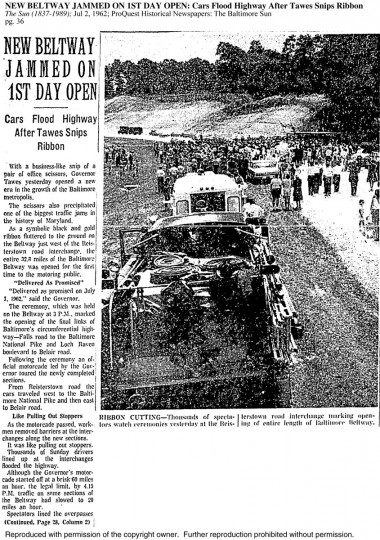 An article about the congestion experienced on the beltway on the first day. (Baltimore Sun archives) 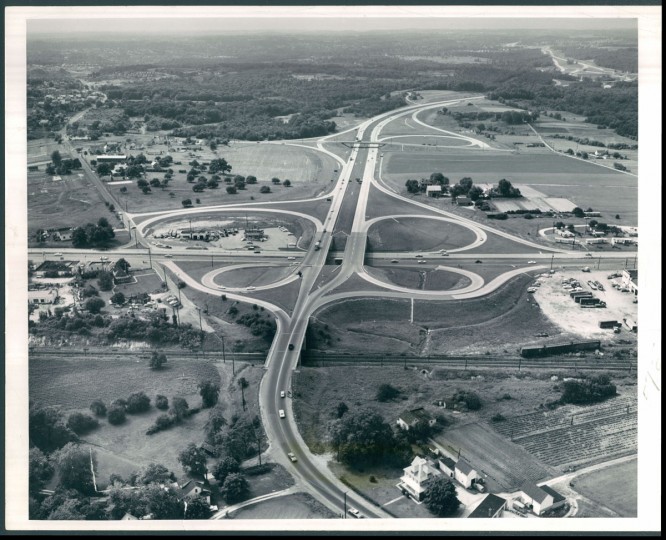 From its eastern terminus at Pulaski highway near Golden Ring, the Baltimore beltway winds northeast to Fullerton and Towson, on the horizon. Route may later be extended southward to Sollers Point to meet second harbor tunnel. (Richard Stacks/Baltimore Sun, 1962) 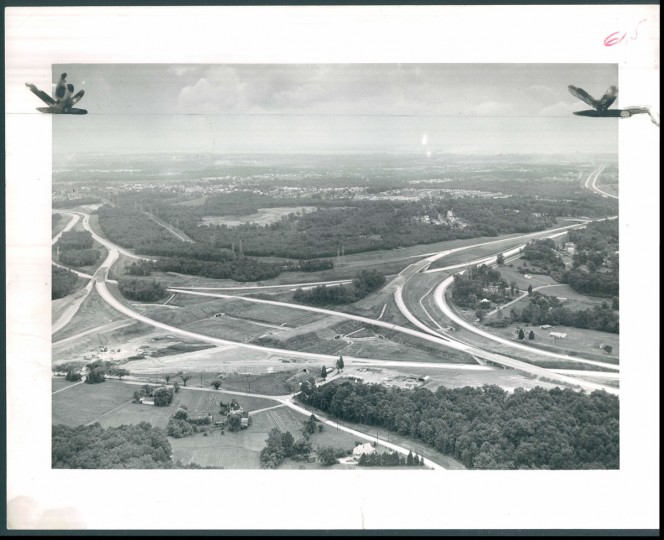 Nearly ready – This section of the Baltimore beltway is scheduled to be opened for traffic by the end of the month. It is near Kenwood avenue, in the Overlea neighborhood, northeast of the city. (Ralph Robinson/Baltimore Sun, 1961) 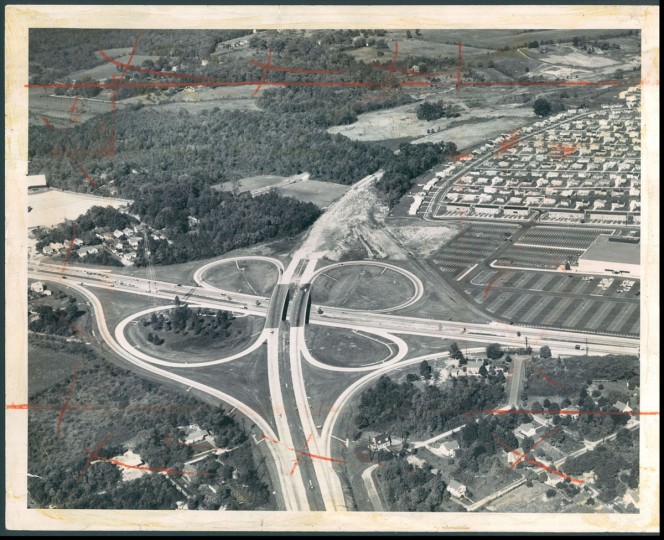 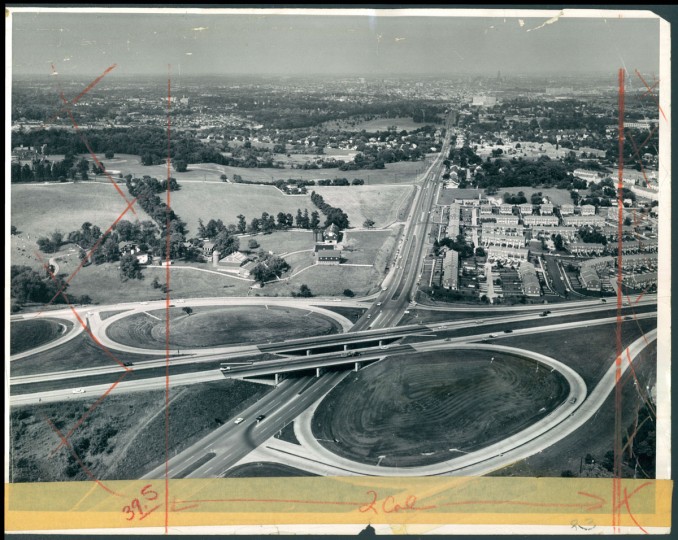 This dramatic aerial photograph shows at a glance how the new Baltimore beltway links communities in the rural, suburban and downtown sections of the Baltimore Metropolitan area. It shows interchange No. 12, where the beltway passes over Wilkens avenue, near Spring Grove State Hospital. (Richard Stacks/Baltimore Sun, 1962) 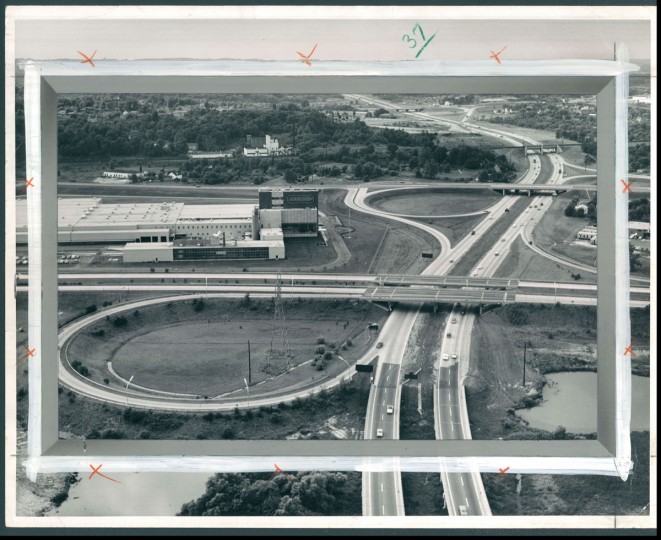 Just north of the Patapsco River, the boundary between Anne Arundel and Baltimore counties, the Baltimore Beltway passes beneath the Harbor Tunnel Thruway. (Baltimore Sun, July 4, 1962) 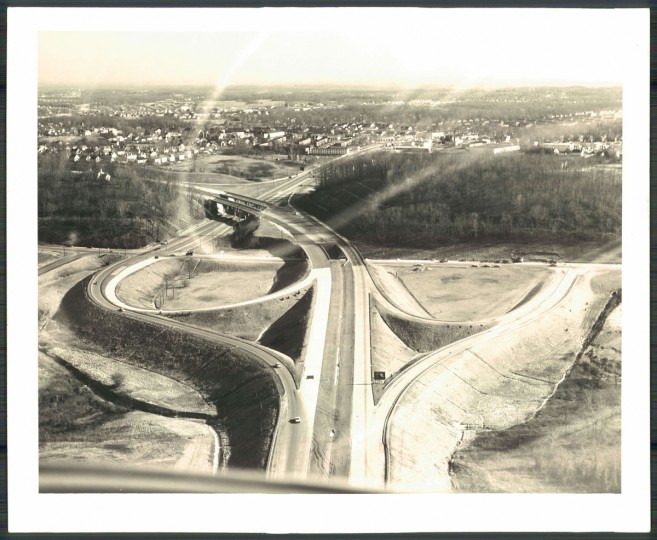 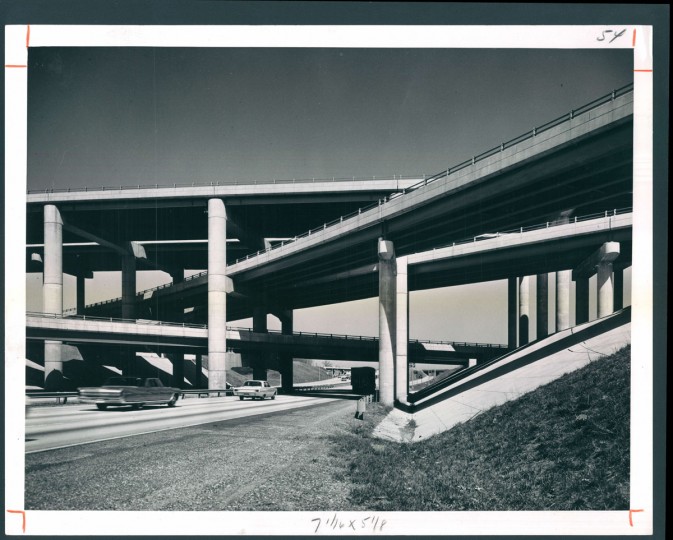 Speeding traffic around the city is the Baltimore Beltway with its growing maze of interchanges and overpasses. (A. Aubrey Bodine/Baltimore Sun, 1969)

The first proposal for such a project was devised by Malcolm H. Dill, Baltimore county’s first planning director, in 1948. He drew attention to nine major communities with strong potential for future growth including Arbutus-Halethrope, Catonsville, Pikesville, Towson, Parkville-Overlea, Middle River, Essex, Dundalk and Sparrows Point. “You always have your radials-the spokes of the wheel,” explained Mr. Dill. They made be inadequate but at least there is continuity. There is no continuity in links between these suburban areas.”

In addition to the concept, Dill also provided the name. He coined the term “beltway” after “circumferential route” proved too cumbersome.

On November 12, 1952, four years after the county planning commission’s motorways proposal, the parties involved met at the Towson Court House. At the end of the meeting, roads commission chairman Russell H. McCain announced the beltway route had been agreed on. Two days later, the route was detailed and the cost of the project was set at $39 million.

With a business-like snip of a pair of office scissors, Governor Tawes opened the new beltway on July 1, 1962. Following the ceremony, an official motorcade led by the Governor toured the newly completed sections. It didn’t take long for the 65 mph traffic to slow to 20 mph and the first accident was reported at 4:30 p.m.