From the Iguacu Falls in Brazil to the Nile River in Egypt, Associated Press photographers the world over set out to capture the beauty and majesty of humankind’s most precious resource ahead of World Water Day on Sunday.

We often take it for granted, but fresh water is one element we must always have nearby. – Associated Press photos 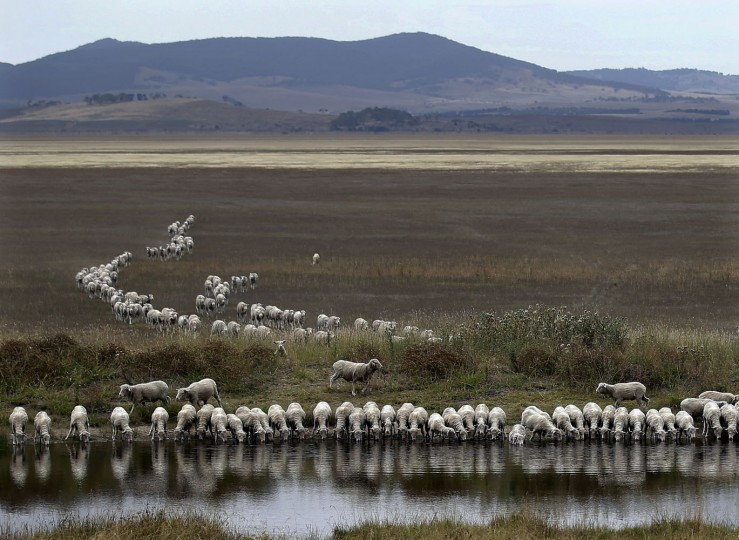 A flock of sheep drink from a dam at the edge of the dried-up Lake George, about 250 kilometers (155 miles) southwest of Sydney, Australia, on Tuesday, March 3, 2015. Australia’s outback and surrounding regions are a vast, arid and semi-arid area that are perpetually on the verge of, or in the midst of, a drought. Farmers must constantly explore different ways of keeping their livestock hydrated, crops watered and themselves alive by making use of dams, storage tanks and artesian wells. (AP Photo/Rob Griffith) 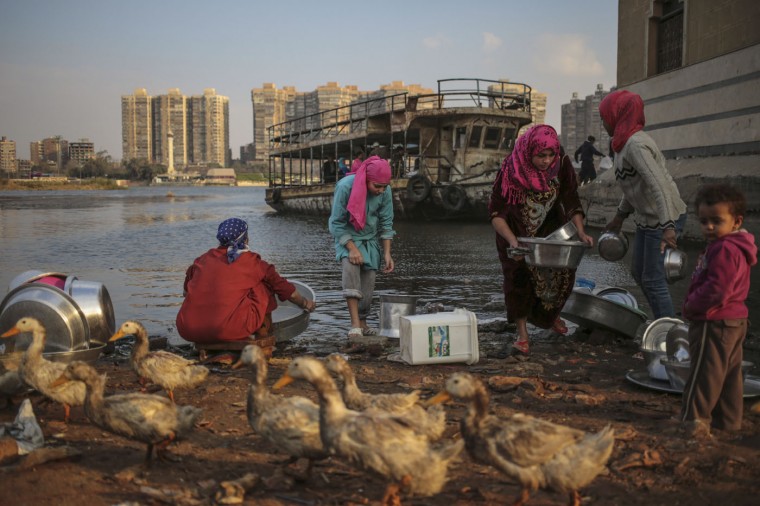 Women wash dishes using water from the Nile River in Cairo, Egypt, on Sunday, March 15, 2015. The United Nations has designated March 22 each year as “World Water Day,” with the theme of 2015 as “Water and Sustainable Development.” (AP Photo/Mosa’ab Elshamy) 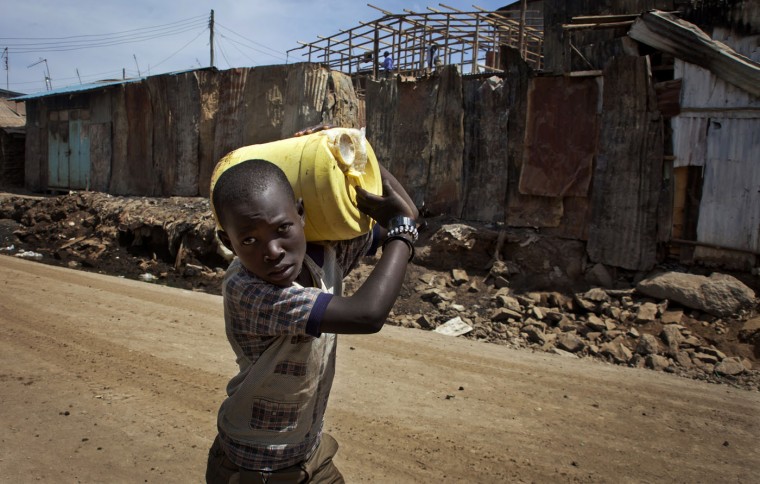 A boy returns home carrying a 20-liter container of fresh water, which cost 5 Kenyan shillings (5.5 U.S. cents) to fill from a private tap in the street, in the Kibera slum of Nairobi, Kenya, on March 14, 2015. (AP Photo/Sayyid Azim) 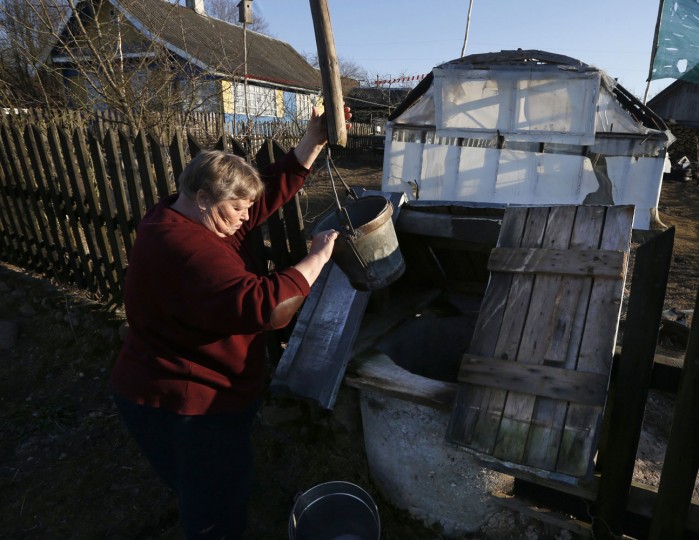 A woman uses a bucket to fetch water from the draw-well on her farmstead in the village of Lovtsevichi, 45 km (28 miles) northwest of Minsk, Belarus, on Monday, March 16, 2015. In villages where there is no central water supply, draw-wells are the only source of drinking water. Water quality is usually dependent on the depth. (AP Photo/Sergei Grits) 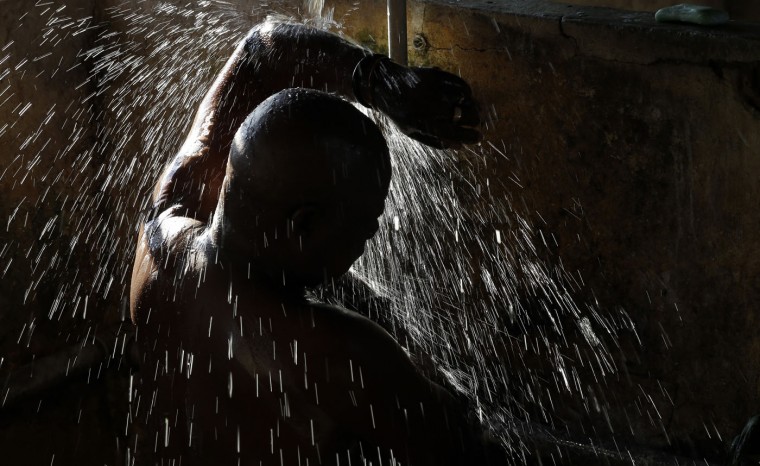 A hostel dweller takes a shower in Mamelodi, South Africa, east of Pretoria on Tuesday, March 17, 2015. The United Nations has designated March 22 each year as “World Water Day,” with the theme of 2015 as “Water and Sustainable Development.” (AP Photo/Themba Hadebe) 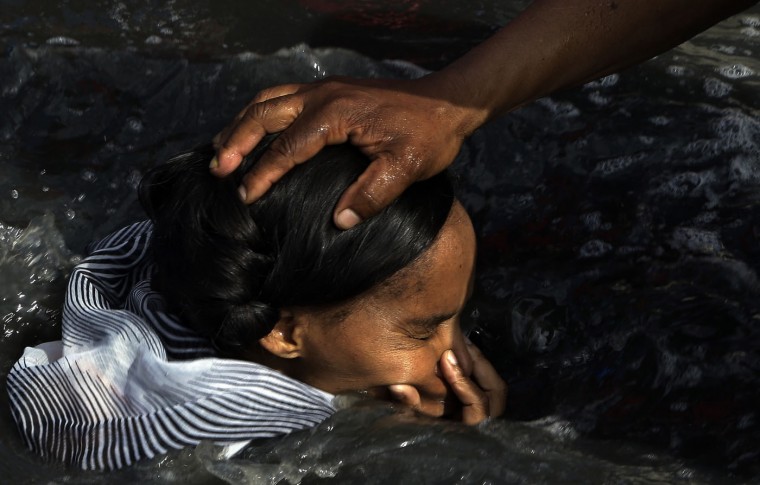 A woman is dipped into the water by a church elder during her baptism in the Klip River in Soweto, South Africa, on Sunday, March 15, 2015. Refuse, dead birds and an absence of life-indicating invertebrates characterize the river, which runs through Soweto. (AP Photo/Themba Hadebe) 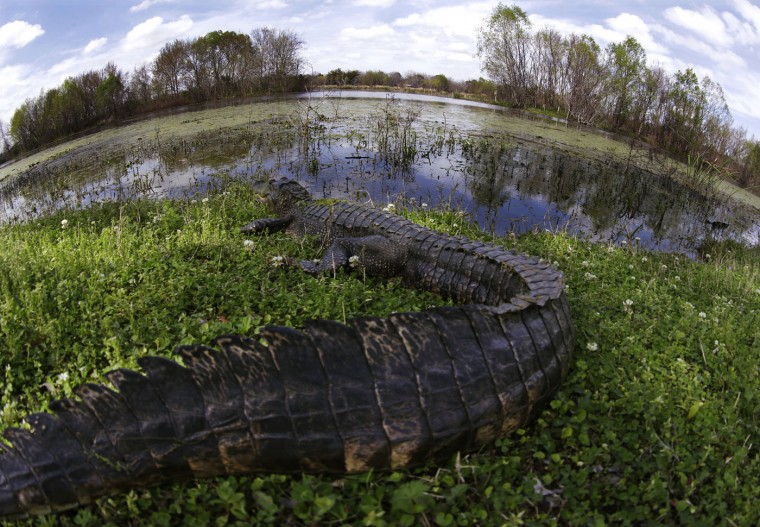 An alligator rests on a bank along Elm Lake at the Brazos Bend State Park in Needville, Texas, on March 17, 2015. The park estimates that about 250 or so alligators over 6-feet long live in the 1,000 acres of water at the park. (AP Photo/David J. Phillip) 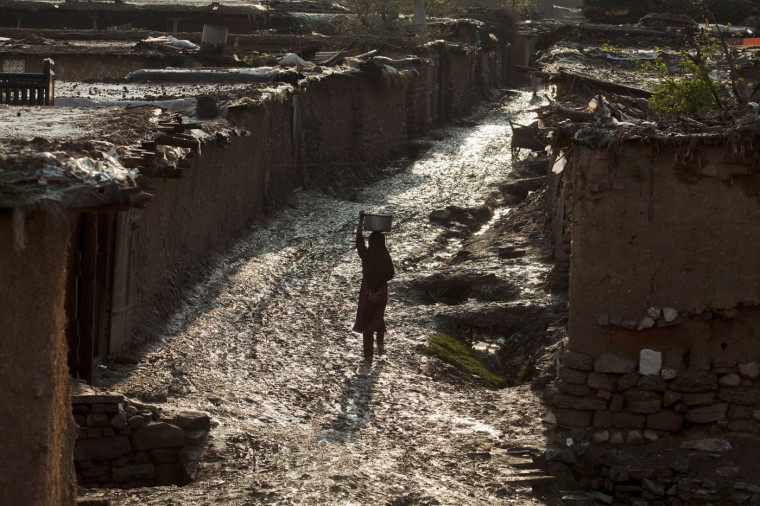 A girl, whose family was displaced from a Pakistani tribal area where security forces are fighting militants, fetches clean water in a slum in Islamabad, Pakistan, on Monday, March 16, 2015. (AP Photo/B.K. Bangash) 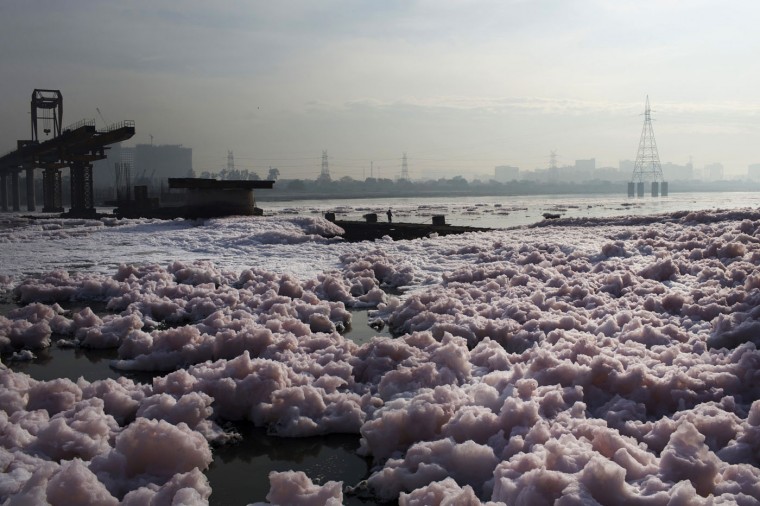 Foam from industrial effluents covers the surface of the Yamuna River in New Delhi, India, as a man, center background, tries to catch fish on Saturday, March 14, 2015. The United Nations has designated March 22 each year as World Water Day. The theme for World Water Day in 2015 is “Water and Sustainable Development.” (AP Photo/Bernat Armangue) 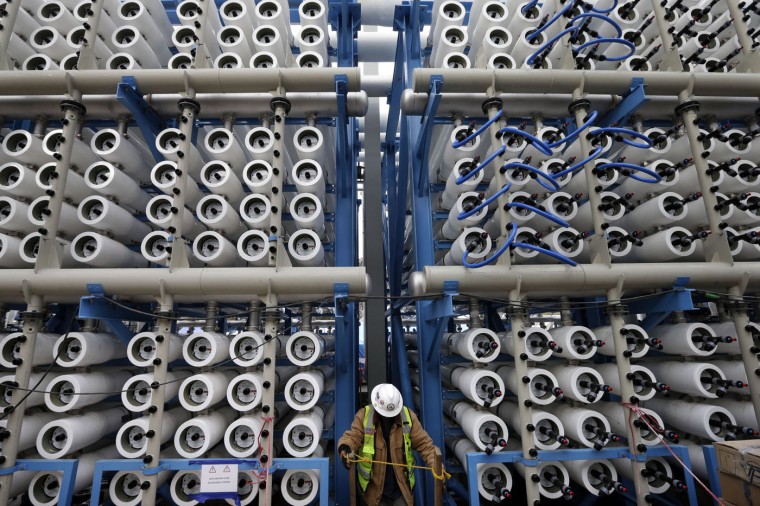 A worker climbs stairs among some of the 2,000 pressure vessels that will be used to convert seawater into fresh water through reverse osmosis in the western hemisphere’s largest desalination plant in Carlsbad, Calif., on Wednesday, March 11, 2015. As California endures the worst drought in its recorded history, some are turning to the sea for relief. The Carlsbad Desalination Project, scheduled to start operations in late 2015, is expected to provide 50 million gallons of fresh drinking water a day. (AP Photo/Gregory Bull) 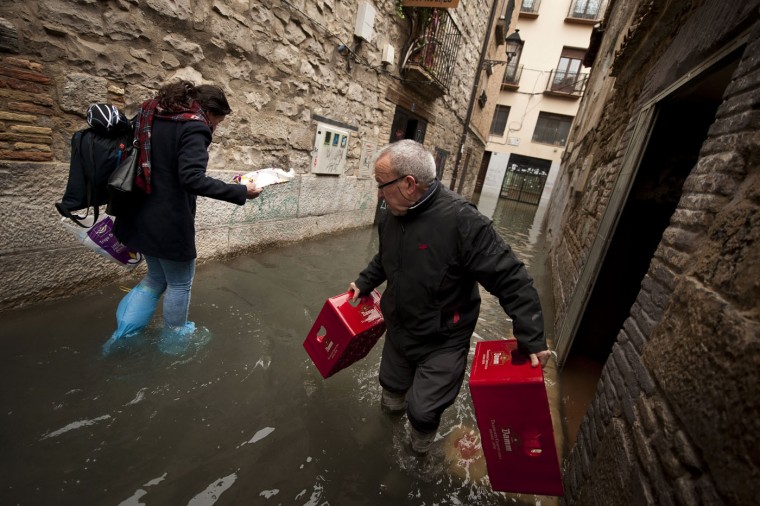 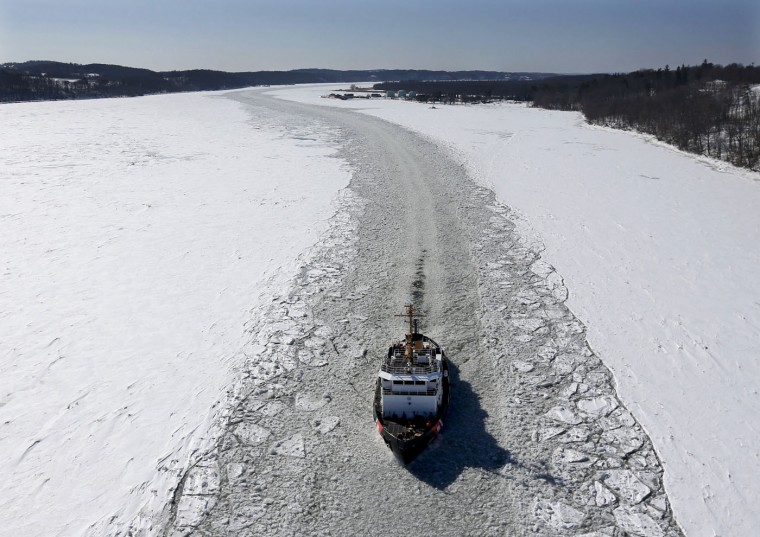 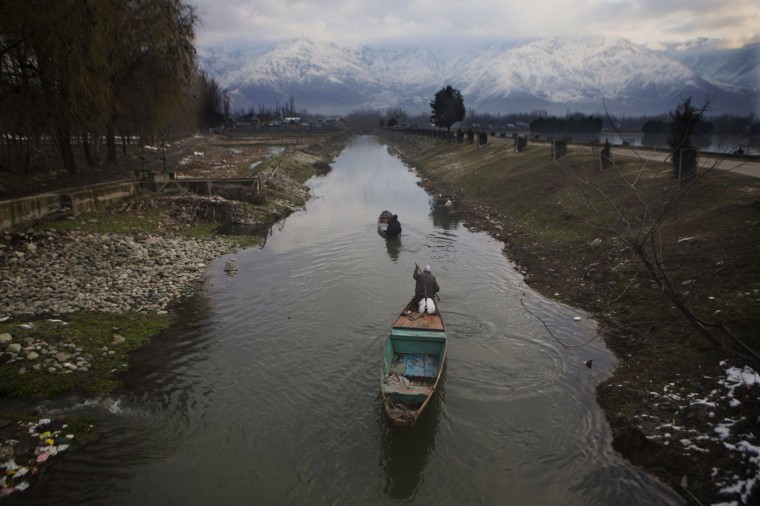 Kashmiri fishermen row their boats through a canal on their way home after working in Dal Lake in Srinagar, in Indian-controlled Kashmir, on Tuesday, March 10, 2015. Dal Lake, famous for its natural beauty and a popular destination for international and domestic tourists, has shrunk in the past two decades. According to local reports, it has decreased by more than half to 11 square kilometers and lost 12 meters in depth. (AP Photo/Dar Yasin) 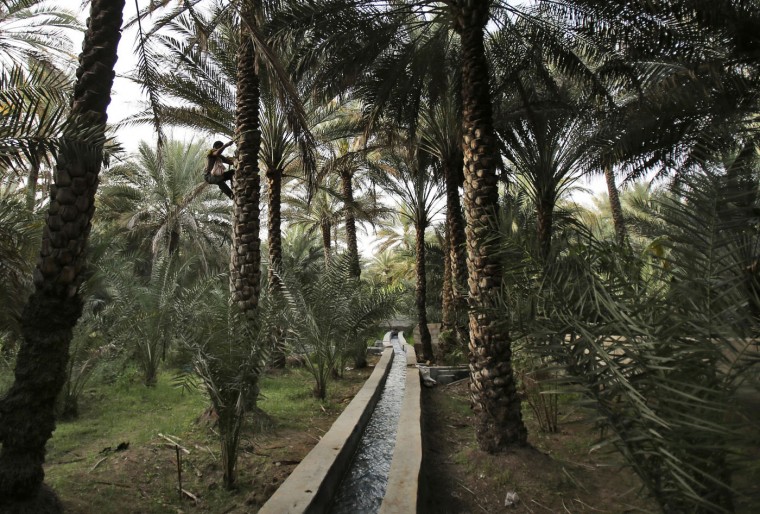 Shahid Iqbal, a date farm worker from Pakistan, climbs up a palm tree over a fresh water canal based on the “Falaj” traditional irrigation system at the Al Qattara Oasis in the city of Al Ain, United Arab Emirates, on Tuesday, March 10, 2015. In 2011, UNESCO named Al Ain as a world heritage site because of its oasis, its Falaj irrigation and its historical and archaeological significance. (AP Photo/Kamran Jebreili) 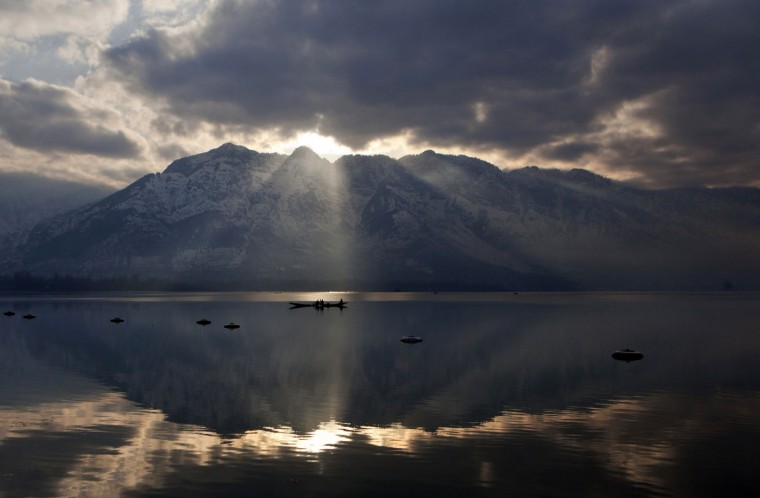 The sun peeks through a gap between clouds and a mountain as Kashmiri fishermen row their boats on their way home after working in Dal Lake in Srinagar, in Indian-controlled Kashmir, on Tuesday, March 10, 2015. Dal Lake, famous for its natural beauty and a popular destination for international and domestic tourists, has shrunk in the past two decades. According to local reports, it has decreased by more than half to 11 square kilometers (4.2 square miles) and lost 12 meters (36 feet) in depth. (AP Photo/Dar Yasin) 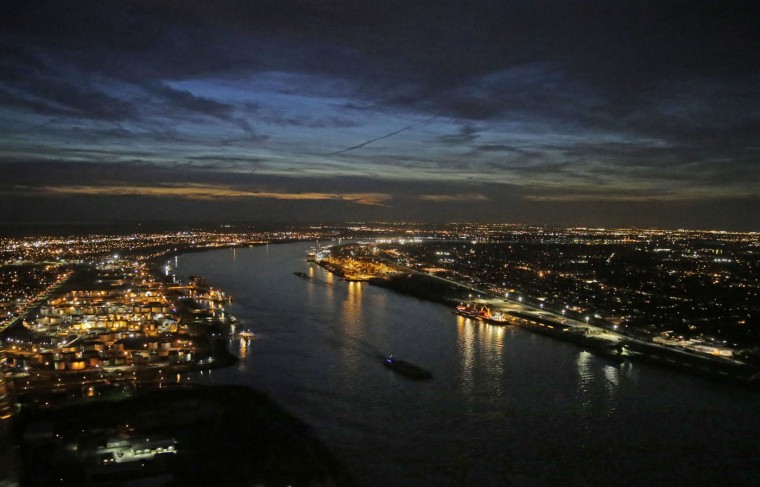 Ships travel along the Mississippi River in New Orleans on Tuesday, March 17, 2015. At about 2,300 miles long, the Mississippi is the chief river of the largest drainage system of North America. In addition to its use for heavy industry and agriculture, over 18 million people rely on the river for fresh drinking water. (AP Photo/Gerald Herbert) 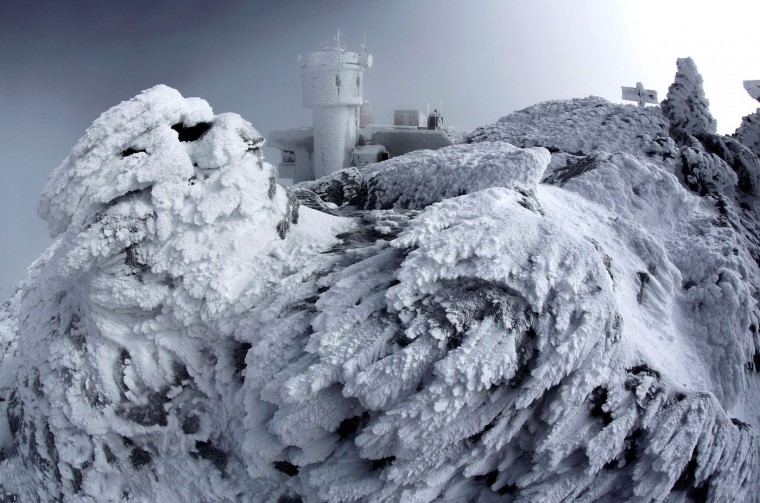 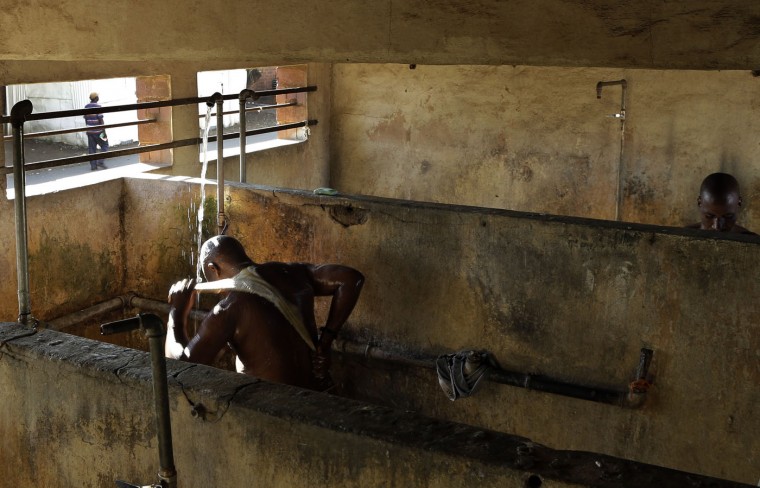 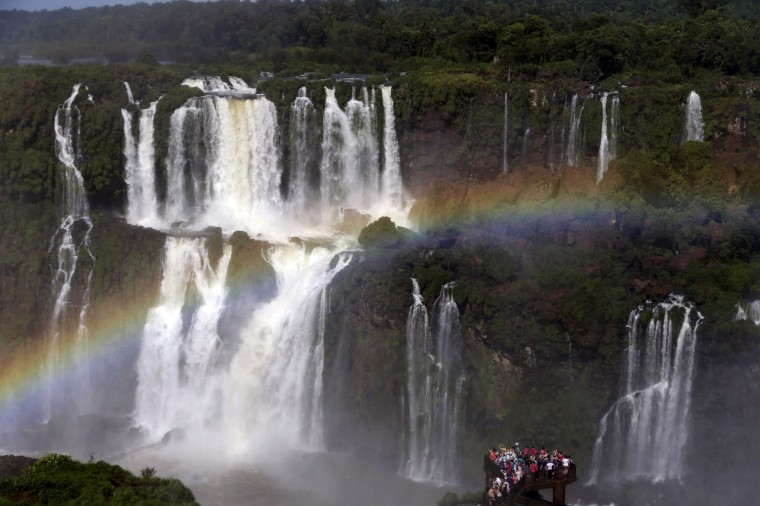 A rainbow forms over tourists visiting Iguazu Falls in Foz do Iguazu, Brazil, on March 15, 2015. The waterfalls, on the border of Argentina and Brazil, are part of the Guarani Aquifer, one of the world’s major underground reserves of fresh water. (AP Photo/Jorge Saenz) 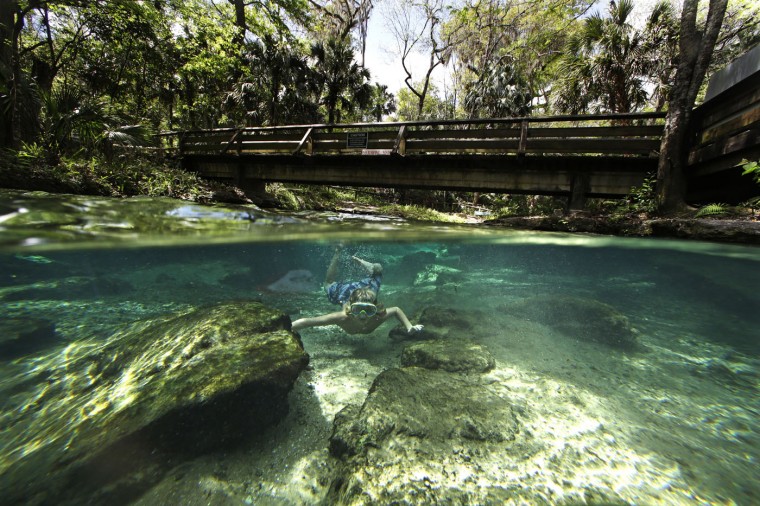 Asa Meslar swims along the Rock Springs Run at Kelly Park in Apopka, Fla., on Tuesday, March 10, 2015. Rock Springs is a natural free flowing spring which has an average flow of 26,000 gallons of fresh water per minute and maintains a constant temperature of 68 degrees. (AP Photo/John Raoux)