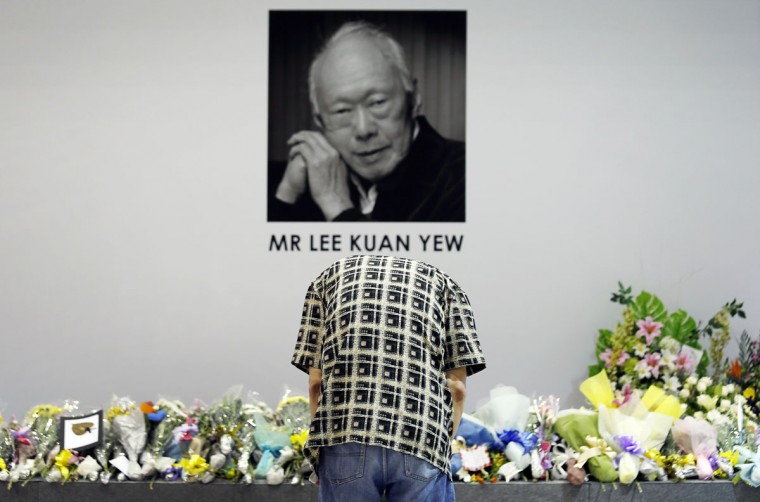 A man bows to pay his respects to the late Lee Kuan Yew at a community club where members of the public can gather to express their condolences, Monday, March 23, 2015, in Singapore. Singaporeans wept and world leaders paid tribute Monday as the Southeast Asian city-state mourned the death of its founding father Lee Kuan Yew. The government announced that Lee, 91, “passed away peacefully” several hours before dawn at Singapore General Hospital. (AP Photo/Wong Maye-E) 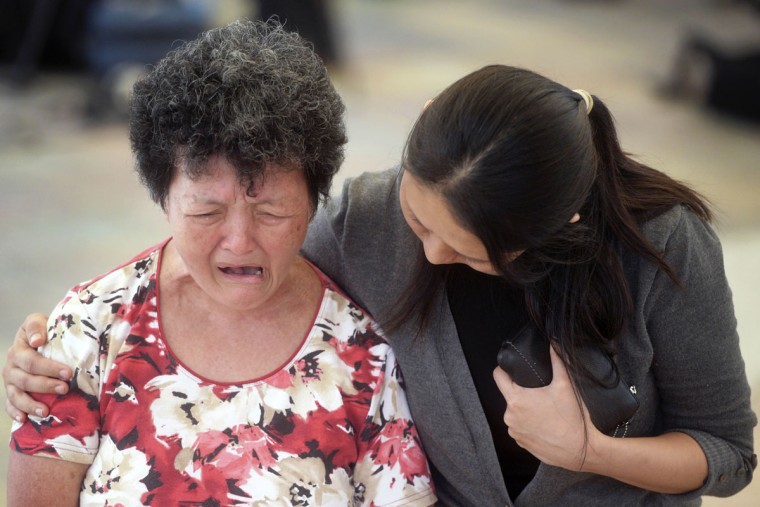 A woman is comforted by a hospital staff member, right, as she cries at Singapore General Hospital where former prime minister Lee Kuan Yew passed away in Singapore, Monday, March 23, 2015. Singapore mourned longtime leader Lee Kuan Yew with raw emotion and a blanket of relentlessly positive coverage on its tightly scripted state television on Monday, mythologizing a man who was as respected as he was feared. (AP Photo/Joseph Nair) 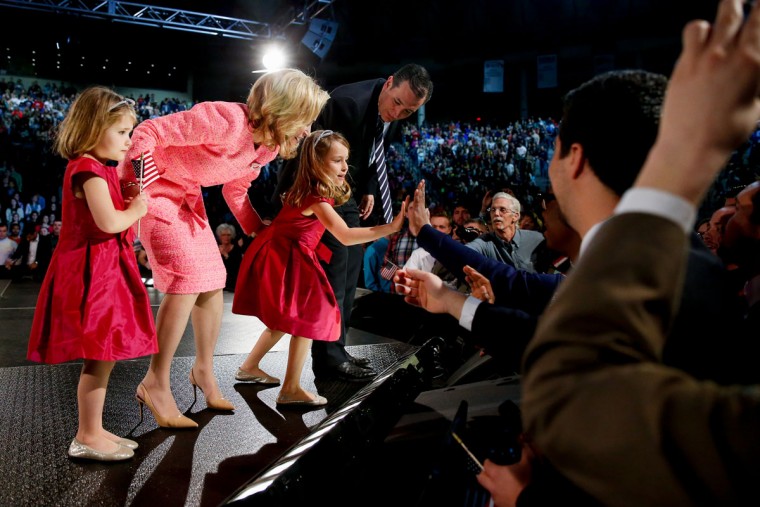 Sen. Ted Cruz, R-Texas and his wife Heidi watch as their daughter Caroline, 6, center, high-fives members of the crowd after Cruz announced his campaign for president, Monday, March 23, 2015, at Liberty University, founded by the late Rev. Jerry Falwell, in Lynchburg, Va. Cruz, who announced his candidacy on twitter in the early morning hours, is the first major candidate in the 2016 race for president. Also pictured is Catherine Cruz, 4, left. (AP Photo/Andrew Harnik) 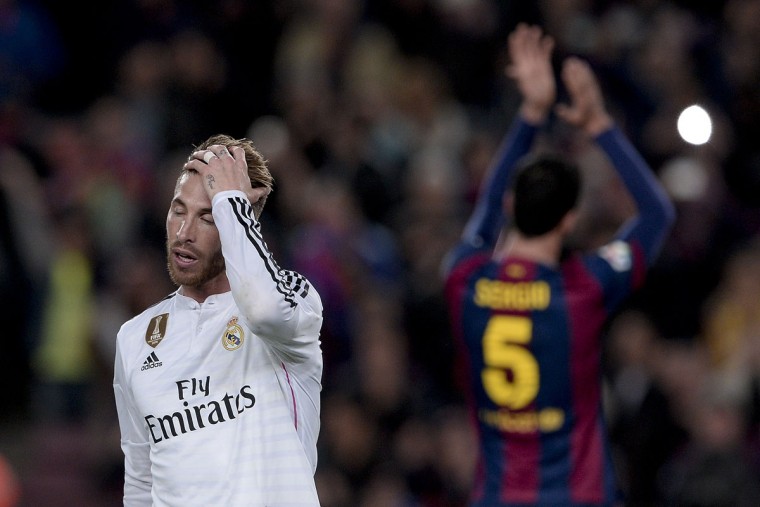 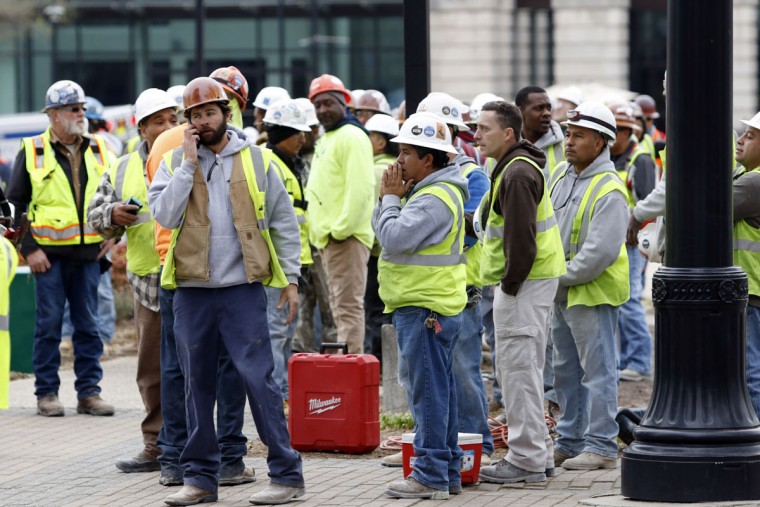 Construction workers gather outside the scene where a section of scaffolding collapsed at a high-rise construction project, killing three people and sending another to a hospital, Monday, March 23, 2015, in downtown Raleigh, N.C. (AP Photo/The News & Observer, Harry Lynch) 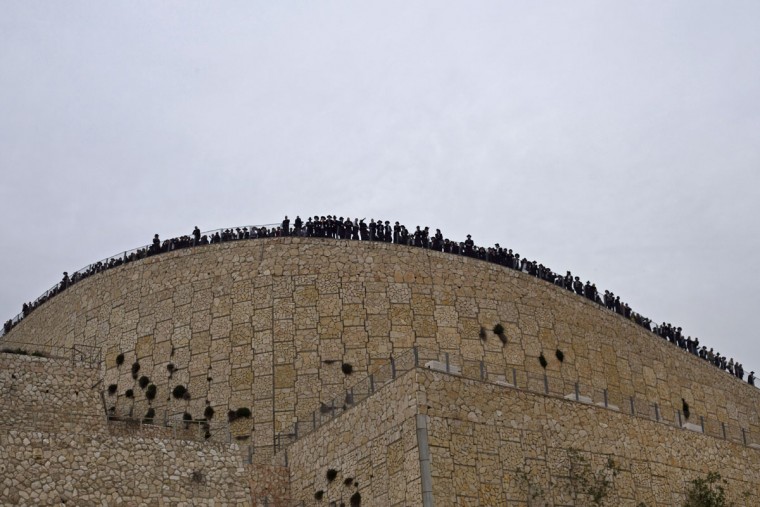 Jewish men look at the funeral of seven Jewish siblings killed in a New York house fire, in Jerusalem, Monday, March 23, 2015. The bodies of the children, ages 5 to 16, were flown to Israel overnight from New York and were immediately taken to Jerusalem in a convoy escorted by police. According to Jewish tradition, funerals take place as soon as possible after death. (AP Photo/Ariel Schalit) 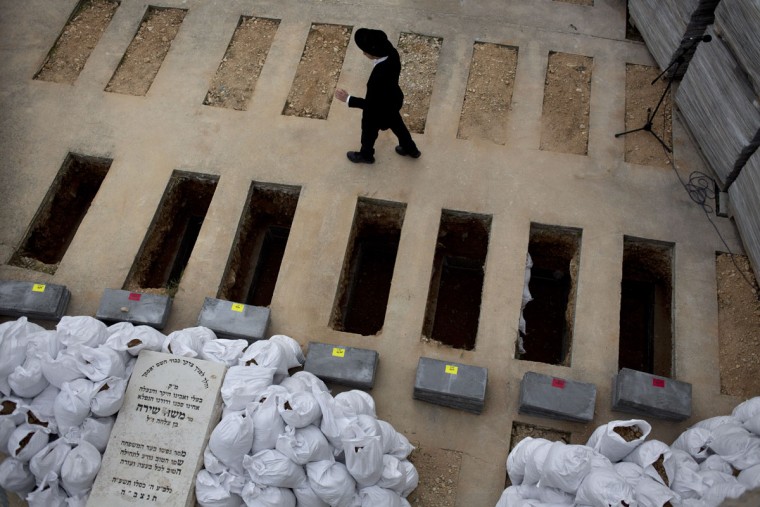 A Jewish boy looks at the graves of seven Jewish siblings killed in a New York house fire, ahead of their burial, in Jerusalem, Monday, March 23, 2015. The bodies of the children, ages 5 to 16, were flown to Israel overnight from New York and were immediately taken to Jerusalem in a convoy escorted by police. According to Jewish tradition, funerals take place as soon as possible after death. (AP Photo/Ariel Schalit) 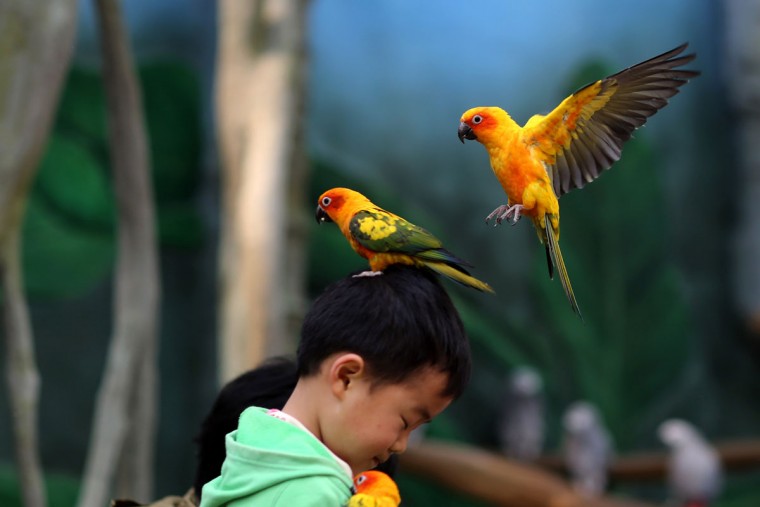 This picture taken on March 21, 2015 shows a parrot standing on the head of a child in the Kunming Zoo in Kunming, southwest China’s Yunnan province. (AFP PHOTOSTR/AFP/Getty Images) 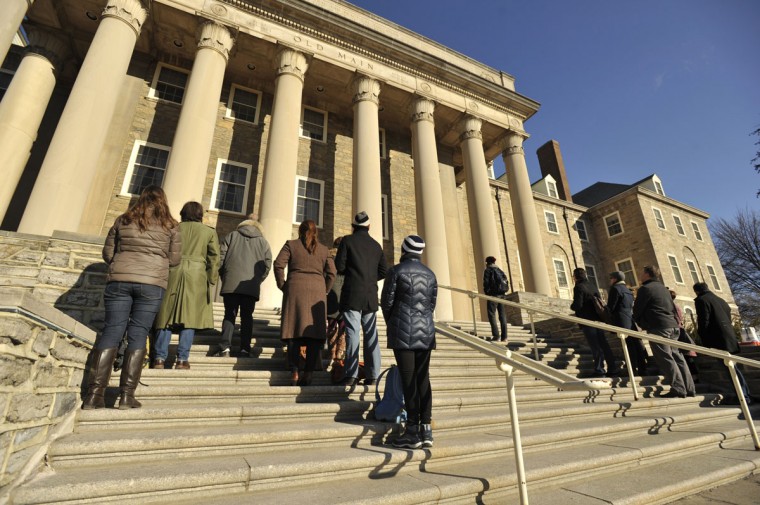 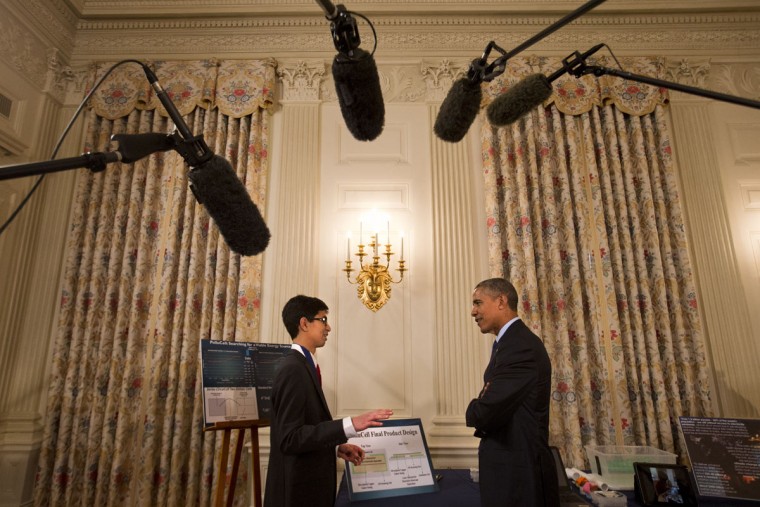 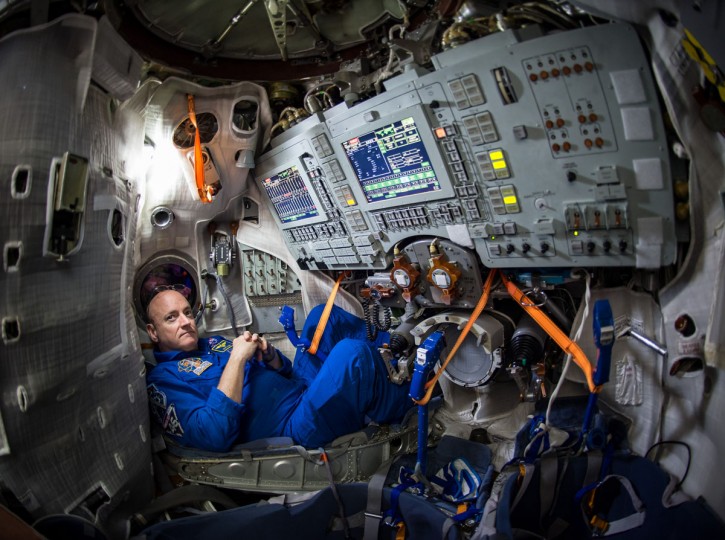 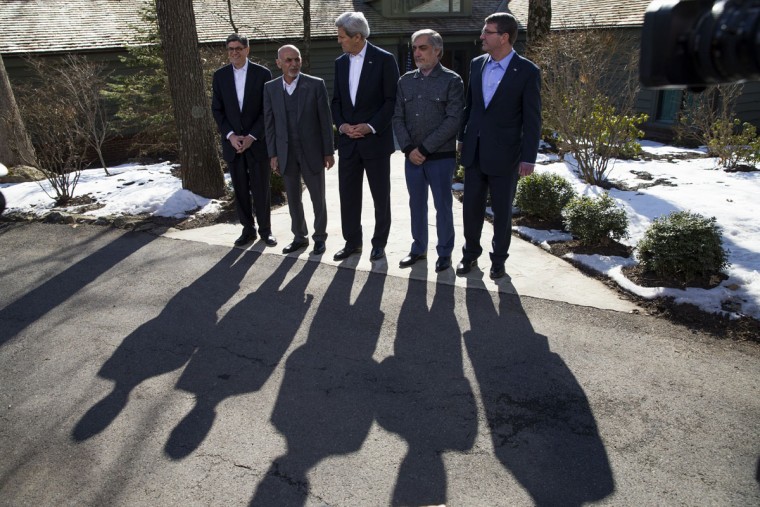 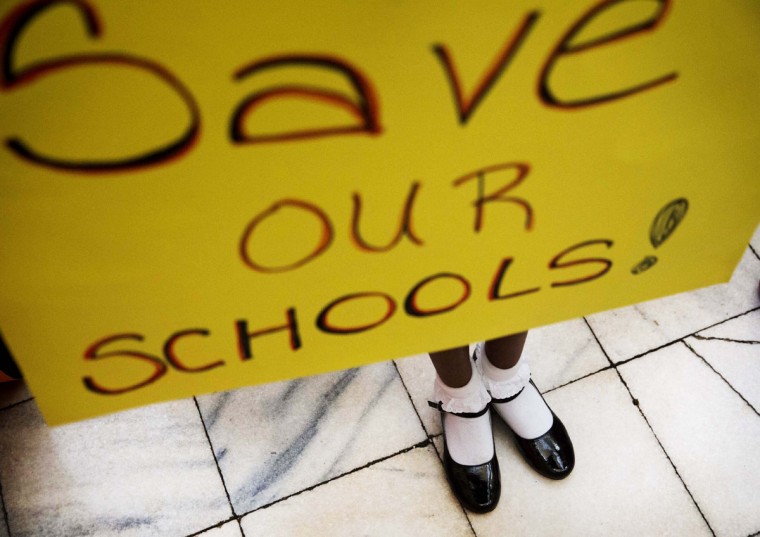 The shoes of Browns Mill Elementary School fourth-grader Sydney Robinson peek out from under a sign she holds during a rally against Georgia Gov. Nathan Deal’s proposal to take over schools dubbed “chronically failing” at the Capitol, Monday, March 23, 2015, in Atlanta. A key House committee is expected to vote on Gov. Deal’s proposal Monday afternoon. The Senate already has passed the constitutional amendment and accompanying legislation but the Republican governor could face a tougher fight in the House. (AP Photo/David Goldman) 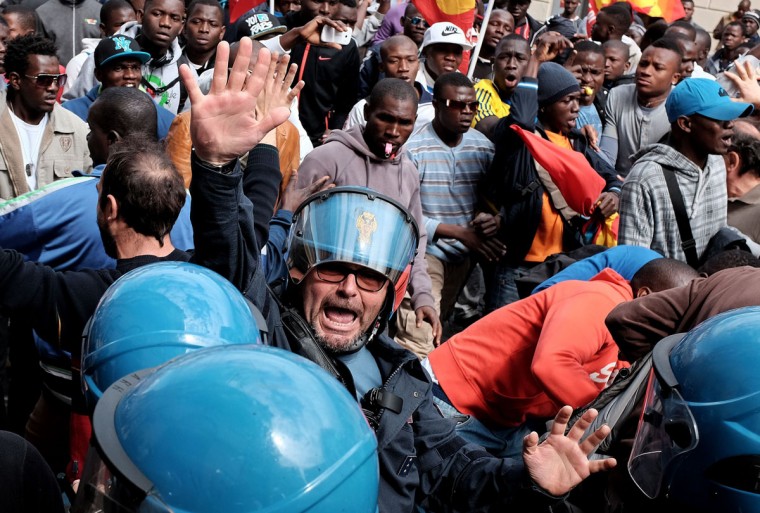 A Police officer gestures during a demonstration of asylum-seeking immigrants in Rome on March 23, 2015. (AFP Photo/Alberto Pizzoli) 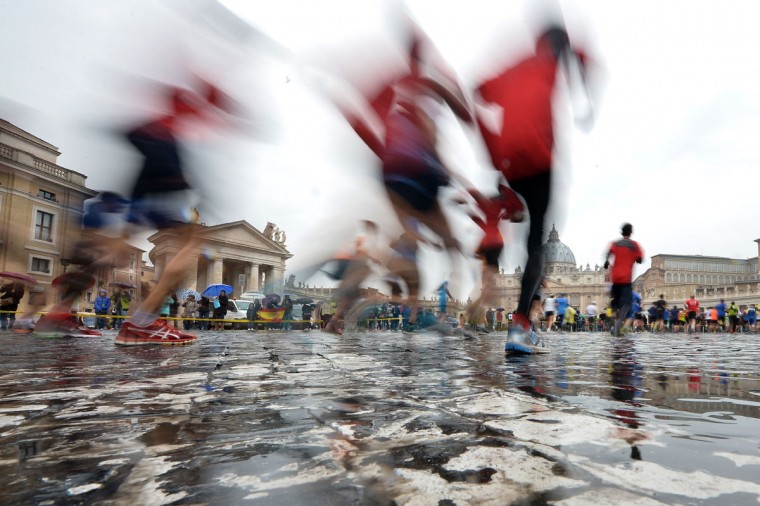 People run in front of St Peter’s basilica during the 21th Marathon of Rome on March 22, 2015. (AFP Photo/Tiziana Fabi) 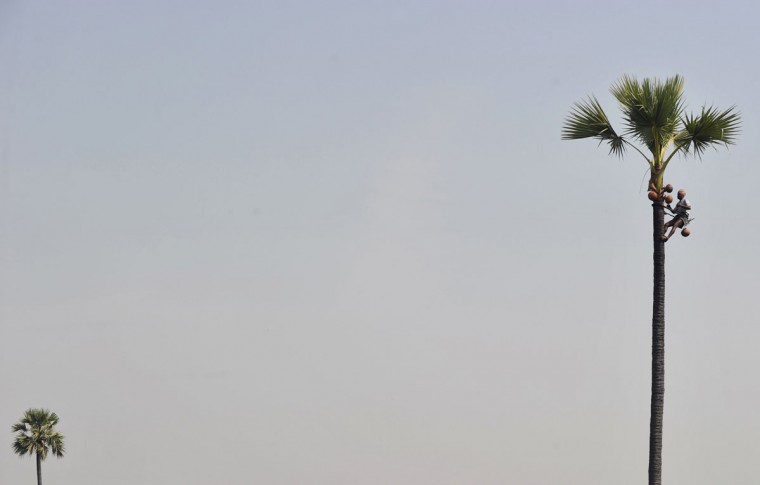 An Indian “toddy tapper”, who collects the sap from palm trees to make arrack, climbs a tree with clay pots to fill up the liquid, at Bibi Nagar in Nalgonda District, some 40 kilometers from Hyderabad on March 23, 2015. Natural arrack is extracted from palm trees and prized for its sweet taste, popular during the summer season. (AFP Photo/Noah Seelam ) 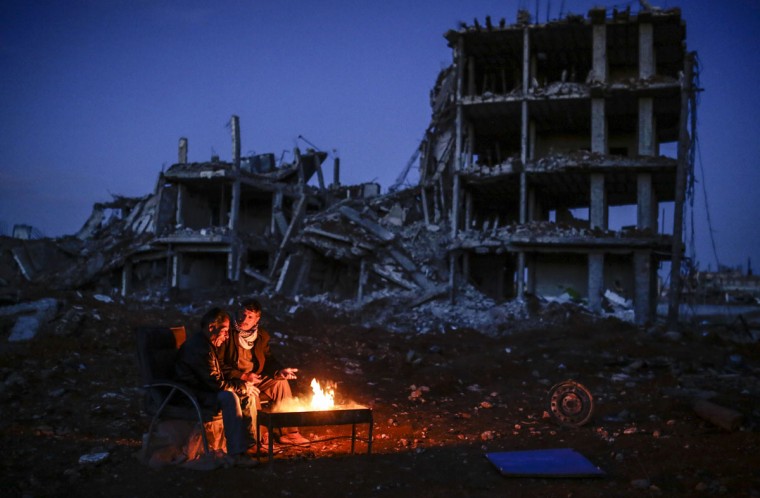 Kurdish men sit near bonfire near a destroyed building, in the Syrian Kurdish town of Kobane, also known as Ain al-Arab, on March 22, 2015. (AFP Photo/Yasin Akgul) 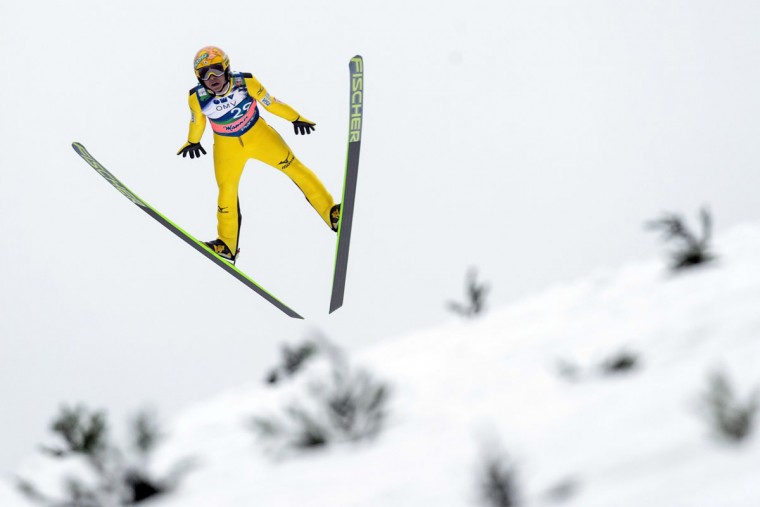